Click away if you already think you already know too much from The Rise of Skywalker Trailers.

It’s as simple a trailer as it gets. A man walking into danger and darkness. A voice calls out to him.

“I have been every voice…

[Snoke’s voice] “You have ever heard…

[Vader’s voice, breathing] “Inside your head…” 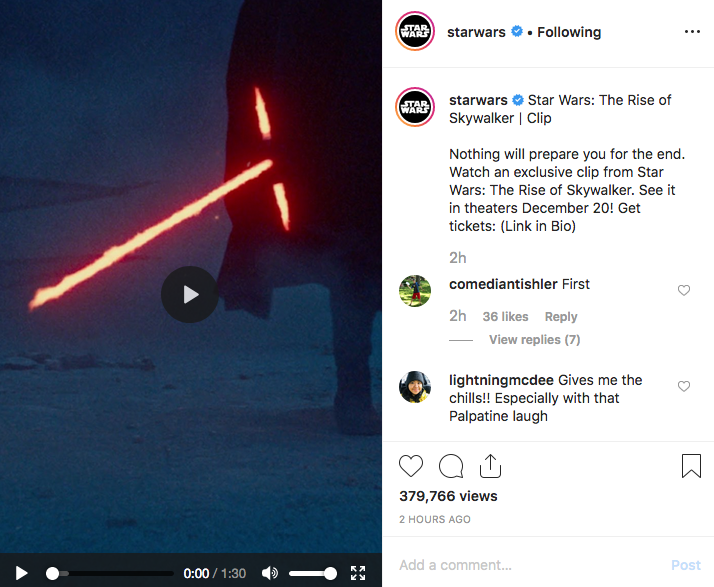 Ren approaches a shadowy world. Lands on a cold planet. And enters a nightmare.

Hundred-foot statues — Sith or Jedi (?) — flank Adam Driver’s character, making him look small. Then the voice slithers out of the darkness, reaching Kylo Ren’s ears (consciousness) and tells him that he has been the one speaking to him.

The laughter, maniacal cackling that we have heard over and over since the beginning of the Star Wars marketing push, is palpable and menacing.

Clearly, Kylo Ren is in over his head. And the current Star Wars Galaxy’s Supreme Leader — a Force wielder who can stop blaster fire with his mind — never seemed more human.

Check out some screenshots: 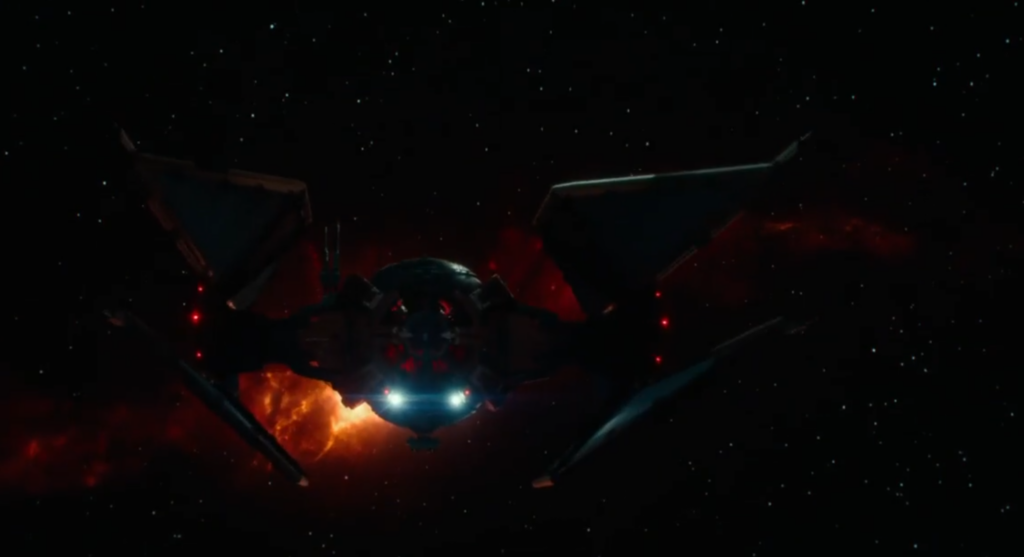 Coming out of hyperspace. 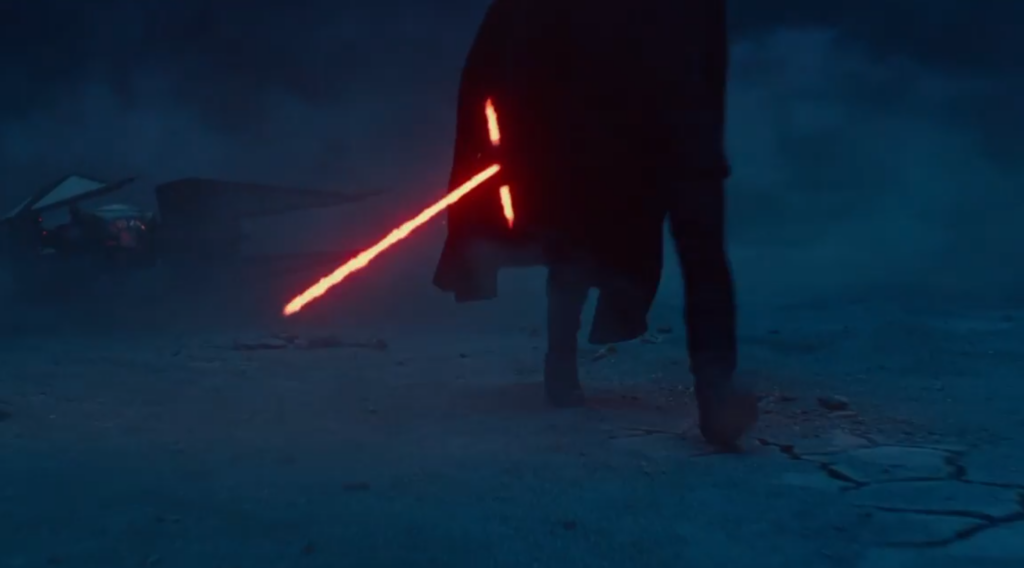 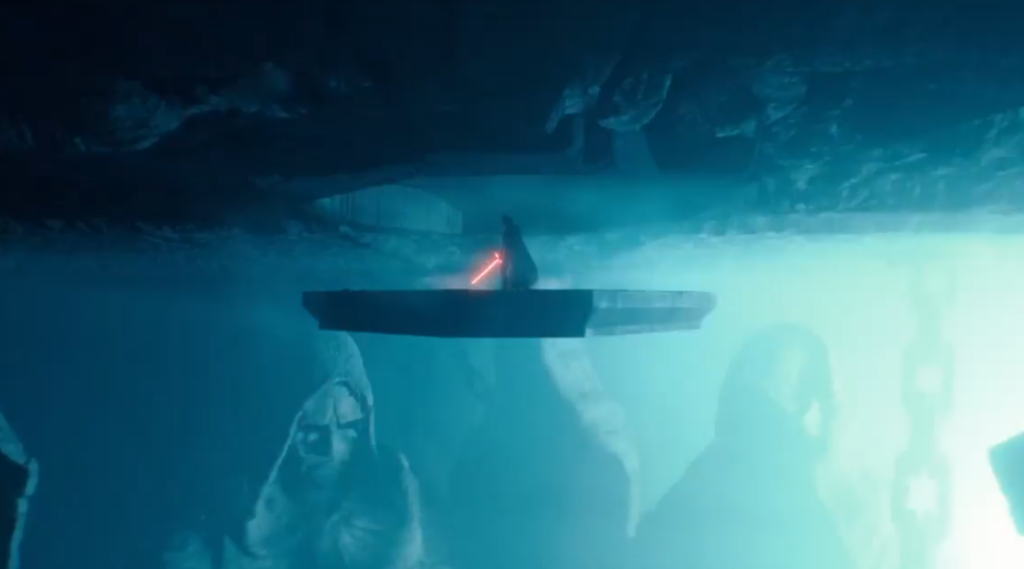 Are those Jedi or Sith statues? Maybe something else? 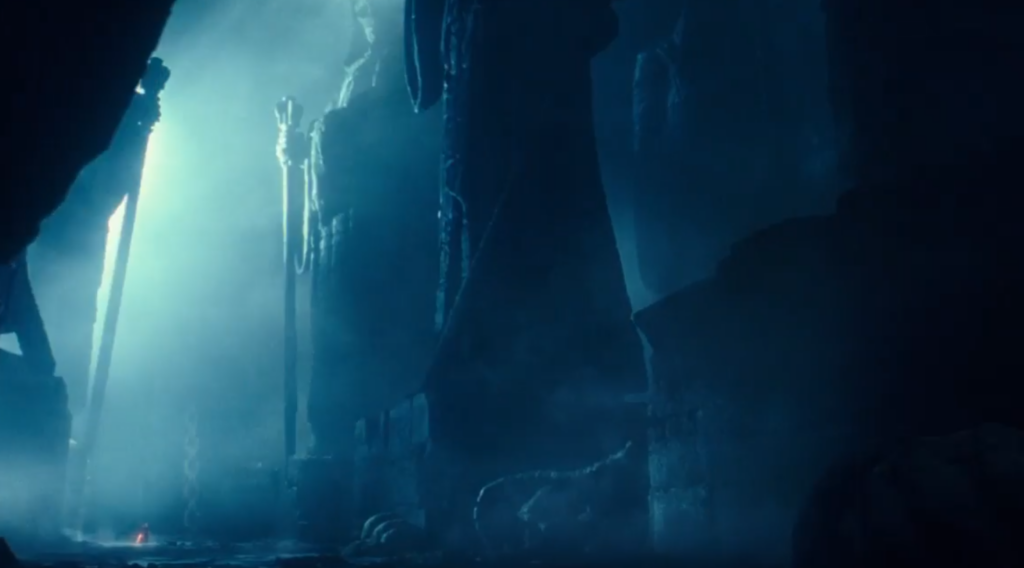 The “temple” is huge. 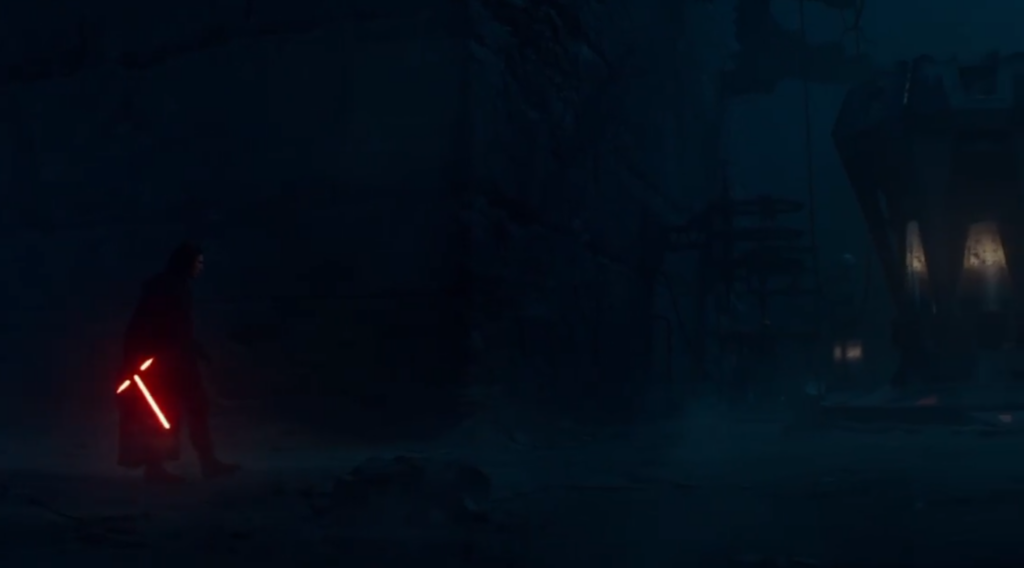 What lurks in the darkness? 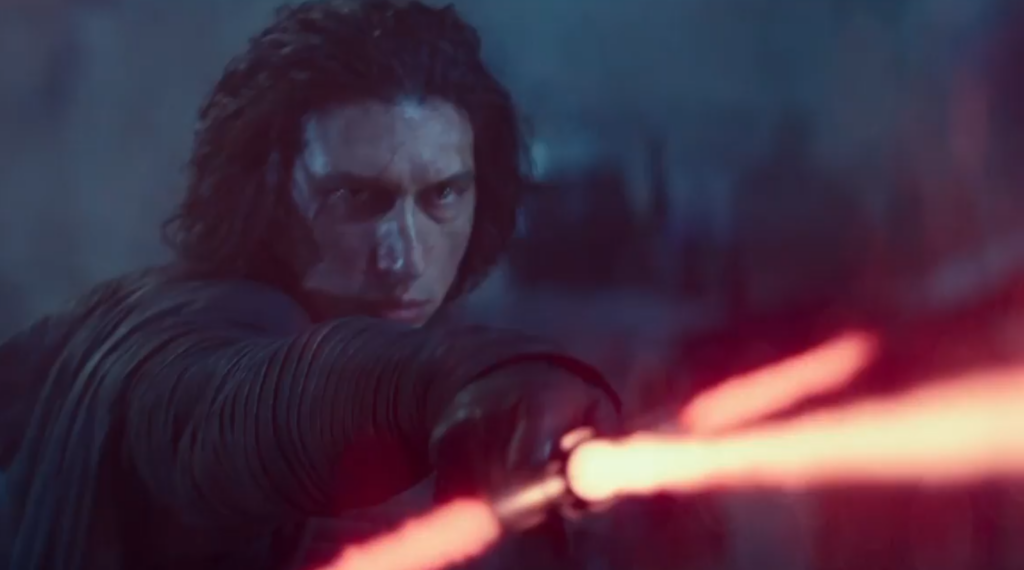 Is the voice coming from behind him? Above him? Within him?

Adam Driver talks Star Wars: The Rise of Skywalker, Baby Yoda, working with both J.J. Abrams and Rian Johnson, and he also picks the Star Wars character he’d most like to role-swap with.

“Hopefully, this one, there’s a good moment where you, um, really see him… maybe there’s a moment in this where that’s suprising.”
Adam Driver

It sounds like we’re going to learn the true natures of Ben Solo/Kylo Ren.  I can’t wait.

Delving a little deeper into the psyche of Ben Solo.

Adam Driver and J.J. Abrams Reveal the Importance of Kylo Ren’s Helmet in The Rise of Skywalker.

“[The mask] represents [Kylo Ren’s] recommitting to the Dark Side, to the Knights of Ren, because of this very specific thing he’s about to go do… there’s a reason for it.”
J.J. Abrams

One week from today, I’ll see Star Wars: The Rise of Skywalker. Unbelievable.