UPDATED – Star Wars: The Rise Of Skywalker Amps Up The Marketing

Check Out the Full-size Footage of Today’s Teaser!

Late this afternoon, Lucasfilm released the full-width version of today’s unexpected teaser trailer for Star Wars: The Rise of Skywalker.

For much of the last few weeks, the attention of Star Wars fans was focused on The Mandalorian (and, most recently, The Child). But today it’s all about Rey; or, more accurately, Rey, Kylo Ren, and the rest of the protagonists of the Sequel Trilogy.

In a concerted effort, Entertainment Weekly and the official Star Wars sites are reminding folks that there’s only a month left to go.

A New Look At Star Wars: The Rise of Skywalker

So I guess that final trailer wasn’t quite final after all.

Disney unveiled new Star Wars: The Rise of Skywalker footage on Instagram that includes a shot of Rey confronting Darth Vader’s mask, leaping out of a ship’s hangar, a closer look at those Stormtrooper desert bikes, and more.

The footage comes as EW reveals its cover story going behind the scenes of The Rise of Skywalker. “The [trailers] that have come out are scratching the surface of what the movie is,” director J.J. Abrams tells us. “The ambition of this movie is far greater than Force Awakens. What we set out to do was far more challenging. Everything is exponentially larger on this.”

And that includes the marketing!

“We’re all in this. ‘Til the end.” See @StarWars: #TheRiseOfSkywalker in theaters December 20. Get your tickets: https://t.co/EbJ0vDHKyt pic.twitter.com/MUMu58jQGA

There’s just so much to sort through at the moment. However, have a look at the eight new photos from the film and three-cover Entertainment Weekly montage. 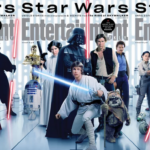 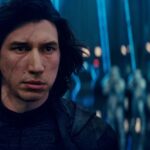 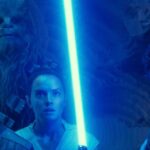 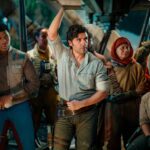 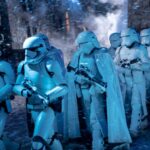 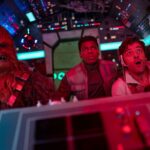 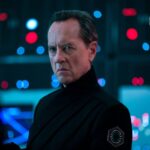 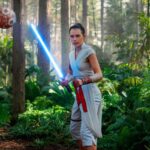 STAR WARS: THE RISE OF SKYWALKER Daisy Ridley as Rey 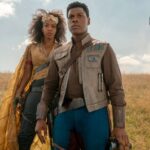 STAR WARS: THE RISE OF SKYWALKER Naomi Ackie as Jannah and John Boyega as Finn

Interviews With The Cast & Crew

And while you are at it, check out this new look at the film, also by Entertainment Weekly.