This one hits close to home; I live just 15-minutes from Worcester. But the painful story has reverberated throughout the country. The Disney-connection simply makes the sad story burrow in deeper. 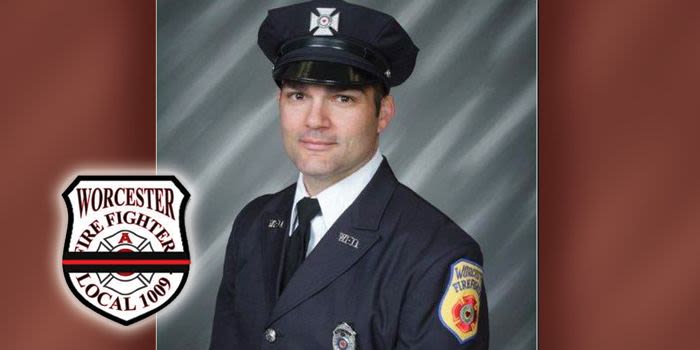 Just hours before a planned family vacation to Disney World, a veteran firefighter was killed early Wednesday when his ladder crew got trapped while searching for residents in a four-alarm fire, authorities in Worcester, Massachusetts, said.

Lt. Jason Menard, 39, was among the firefighters who responded to calls of a fire on the second floor of a multifamily home, with a baby possibly trapped on the third floor, his department said in a statement.
“Lt. Menard heroically and selflessly saved his crew, helping a probationary firefighter to the stairs and then returning to rescue another trapped firefighter, assisting him out the window,” fire Chief Michael Lavoie said.
But when fire overtook the third floor, Menard couldn’t escape, his chief said. And his comrades couldn’t reach him.
A married father of three, Menard and his family “had planned this morning to be on a trip to Disney,” said Michael Papagni, president of Menard’s firefighters’ union, Local 1009. “They are now instead planning a hero’s sendoff.”

That sendoff began on Sunday and will continue today. 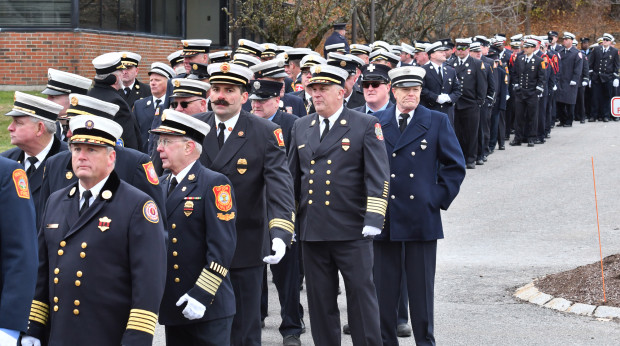 It was the beginning of a hero’s sendoff.

Worcester fire officials promised Tina Menard and her three children a hero’s sendoff for Lt. Jason Menard. It’s a promise no fire department wants to fulfill, and one Worcester firefighters have had to deliver eight other times in the last 20 years… Well wishes, thoughts and prayers have been posted across the internet since Wednesday. A growing memorial of flowers and stuffed animals sits outside the McKeon Road Fire Station. Sunday’s wake put the support behind the Menard family and the Worcester Fire Department into striking imagery, as a line of firefighters from near and far snaked down the front steps of the funeral home and across Plantation Street.

Firefighters’ badges showed they came from across the state: Greenfield, Boston, Carver, Oxford. They stood patiently, waiting to walk through the funeral home as temperatures hovered around freezing.

It’s important to note that a Memorial fund has been established. Click here to learn more. 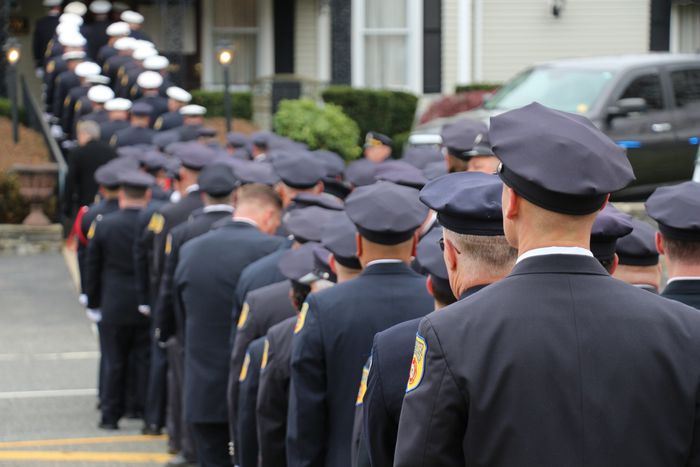