When it comes to Disney+, Disney’s brand new streaming service there is a lot to get excited about. Chief among the awesomeness is that Disney has opened the vault and viewers can now stream many of Disney’s classic films as part of the Disney+ catalogue.  However, though we may remember these films fondly from our childhood, if it’s been a while since you’ve revisited them, you may be surprised at some of the outdated references or characters that today seem culturally inappropriate.

So what is Disney’s remedy to this?  – A Disclaimer. 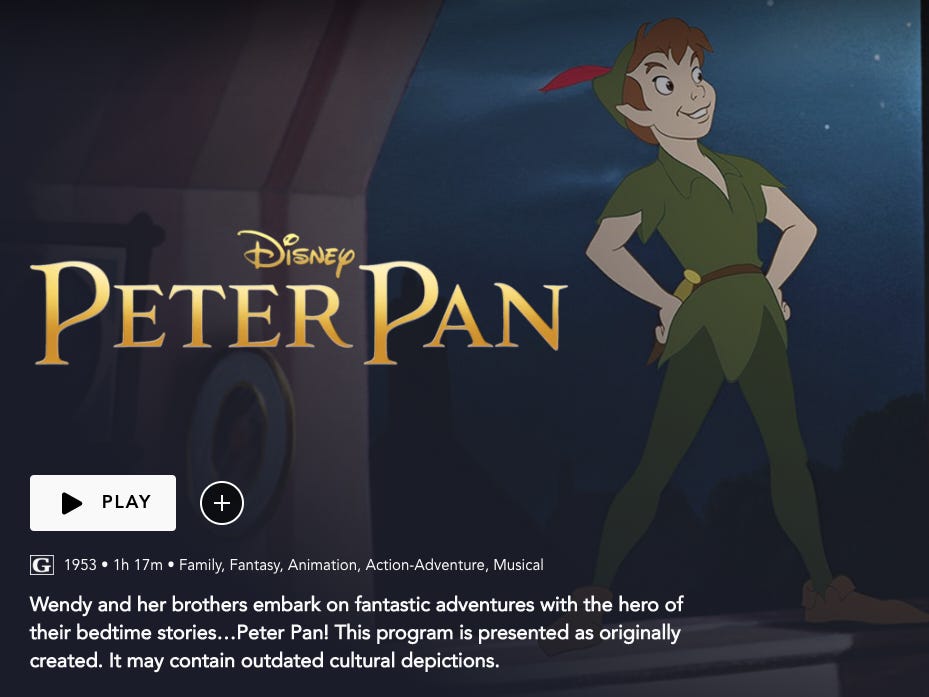 Like the example of Peter Pan given above, you can see that at the bottom of the description Disney says, “The program is presented as originally created. It may contain outdated cultural depictions.”   This classic Disney film has come under criticism in the past for depictions of Native American culture.

Other titles that carry the same disclaimer include Dumbo and The Jungle Book, Fantasia, Lady and the Tramp and the Aristocats. For viewers familiar with these films, its not difficult to understand what might be inappropriate about them. In Dumbo it’s the crows, in Aristocats the chopsticks playing Siamese Cat and King Louis in The Jungle Book all of which have been called out in recent years for perpetuating racial stereotypes.

However, there’s one controversial title that is noticeably missing from Disney+.  The film “Song of the South” is definitely a film that is so inappropriate today that Disney made the decision to keep it locked away. 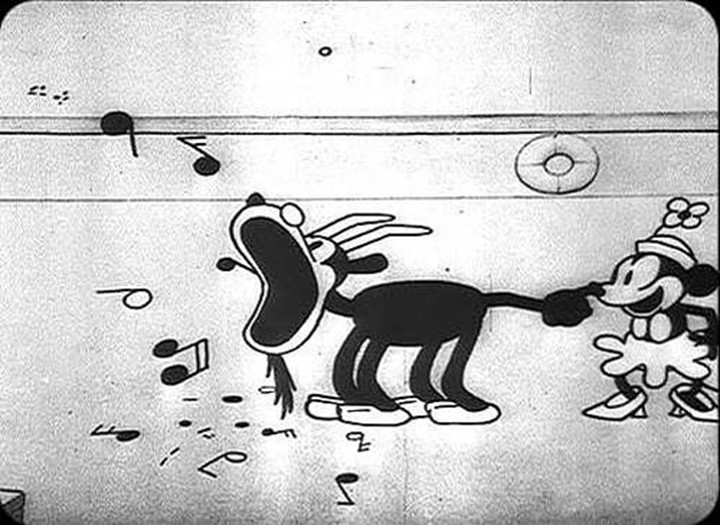 Viewers have noted that the disclaimer can also be found one some of the original Mickey Mouse shorts.  Though there may not be anything overtly problematic in the early Mickey films, it would seem that Disney+ includes the disclaimer on many of the older items in the catalogue as a precaution.

Tags: AristocatsDisclaimerDisneydumboJungle BookLady and the Tramp