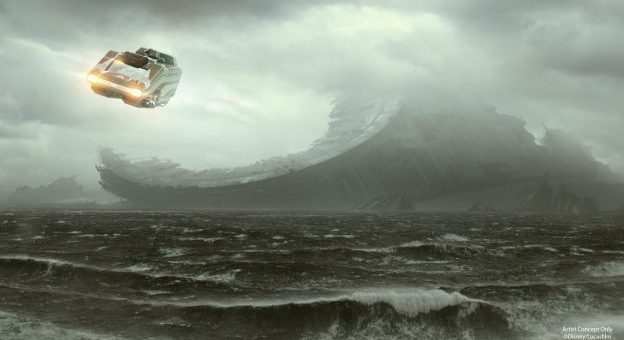 We’ve got some exciting news Star Wars fans. Though much of the theme park attention as of late has been focused on the Star Wars: Galaxy’s Edge let’s not forget about the incredible ride that came before it – Star Tours!  This much-loved simulation ride has been wowing fans of all ages over the years. One of the highlights has always been the diverse scenes incorporated into the ride taking visitors through some recognizable settings from the films.

Today we’re excited to share the news that Disney has announced that NEW scenes will be added to the attractions inspired by some of the settings filmgoers will encounter during Star Wars: The Rise of Skywalker which is slated to hit theaters on December 20th.

On the same day, Star Tours – The Adventures Continue at Disneyland, Hollywood Studios, Disneyland Paris and Tokyo Disney will be adding in exciting new scenes to the ride. Disney is remaining pretty tight-lipped about the changes coming to the ride but they have revealed that one location will be the ocean moon of Kef Bir.

But here’s the significant bit! If you match image of Kel Bir Disney released today (top of article) with the image above, you’ll discover that Kel Bir is actually the moon where the wreckage of the Death Star has crashed. This makes this fan hopeful that the ride will be updated to include a drive-through of the Death Star wreckage!  This wouldn’t be the first time Star Tours has given guests a close up view of the Death Star. During the original days of the ride, the experience included a scene where you rode through an under-construction Death Star.  Let’s keep our fingers crossed Disney friends!

In the meantime and In case you missed it, here’s a look at the recently released final trailer for Star Wars: The Rise of Skywalker coming to theatres December 20th.

Readers are encouraged to keep following along with MickeyBlog for the latest Star Wars news and updates.

Thinking about a visit to Disney? Getting started is easy! Simply fill out our form below and receive your FREE no-obligation quote from MickeyTravels.

Find articles like this helpful? Then why not consider working with an Authorized Disney Vacation Planner? As an agent with MickeyTravels, I will be on hand to help you with everything from finding your perfect resort to nabbing those hard-to-get dining and Fastpass reservations.  Best of all my services are absolutely FREE.  Get in touch at 1.800.801.4025 via email atmroden@mickeytravels.com or follow along on Facebook