With Disney+ less than a month away, The Walt Disney Company has released the service’s latest trailer: “The Imagineering Story.”

Describing it simply on YouTube, Disney promises a look “Behind-the-scenes of the Disney Parks dream. The Imagineering Story, an original series, streaming Nov. 12 only on Disney+.”

What a first look at this series! From Bob Iger to Bob Gurr, Disney+ brings us the story behind the story as the company “pulls back the curtain…”

The Imagineering Story: Disney Behind The Scenes

The Imagineering Story, a docuseries from The Pixar Story filmmaker Leslie Iwerks, pulls back the curtain on the work of the brilliant artist-engineers who have made real-life magic at the Disney Parks for decades. Narrated by Angela Bassett, the six-hour series chronicles the history of the Imagineers, beginning with the inception of Disneyland and tracing the development of all the of the Disney parks and all of the fantastical lands within them (yes, including Galaxy’s Edge) to the present day.

“The story of Walt Disney has been told. The story of animation has been told. But the story of Imagineering lies deep within the essence of Disney, starting with its founder, Walt himself,” says a Disney+ press release. “Three narrative threads intertwine through the decades — the spirit of the designers, the skill of the craft, and the drama of the theme park business.”

The trailer for the new series teases peeks inside the “underground city” beneath a park, the “inner sanctum” of Disneyland’s Matterhorn, and a tour of a Star Destroyer. “Walt set a standard early on with the Imagineers,” the trailer explains. “It was a standard that surprised people, so that they left thinking, ‘Wow, how did Disney do that?’” Next month, we just might get an answer. 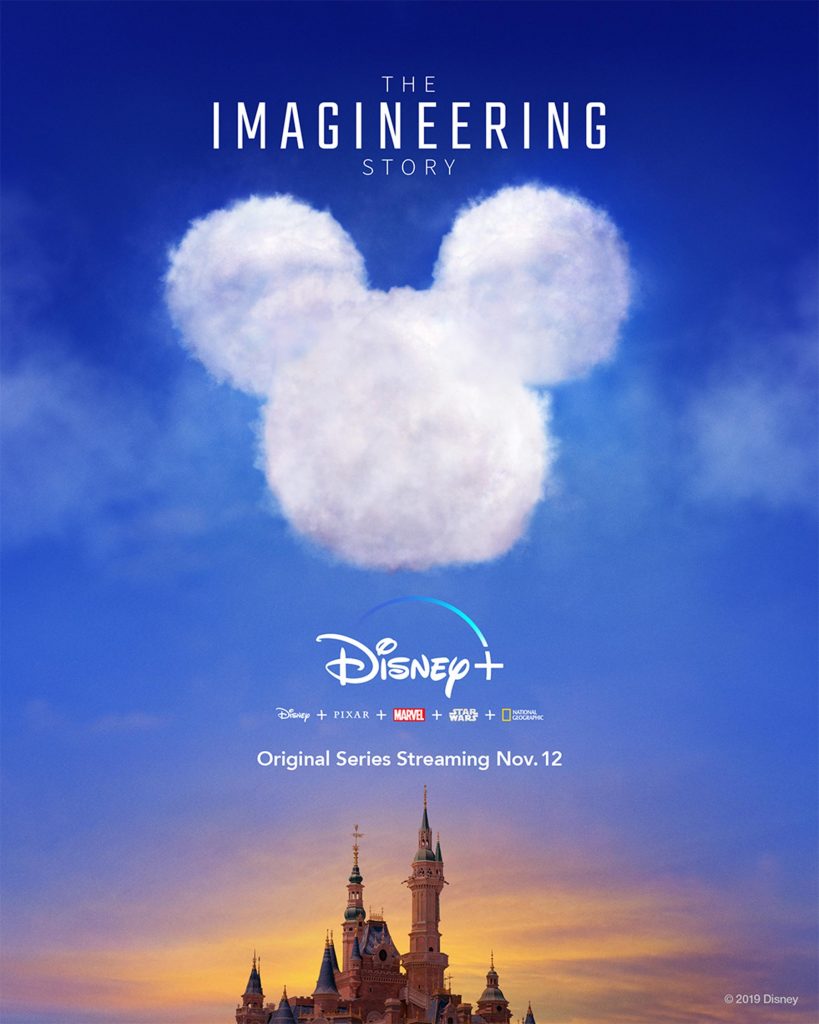 Next to The Mandalorian, this new show bounced to the front of my playlist for the new service.

Tell us: What is on the top of your Disney+ viewing schedule? Let us know in the comments!