Five years ago, the blockbuster live-action film “Maleficent” revealed the events that hardened the heart of Disney’s most notorious villain and drove her to curse a baby Princess Aurora. This fall, the story continues in the all-new fantasy adventure, “Maleficent: Mistress of Evil,” and soon, Guests at Disney Parks will have a chance to preview scenes from the film.

For a limited time starting September 27, a sneak peek of Disney’s “Maleficent: Mistress of Evil” will be included as part of the Walt Disney Presents attraction at Disney’s Hollywood Studios® in Florida. At Disney California Adventure® Park, the sneak peek will be presented in the evenings at the Sunset Showcase Theater, following daily performances of Mickey’s PhilharMagic. This special opportunity will also be available aboard Disney Cruise Line. 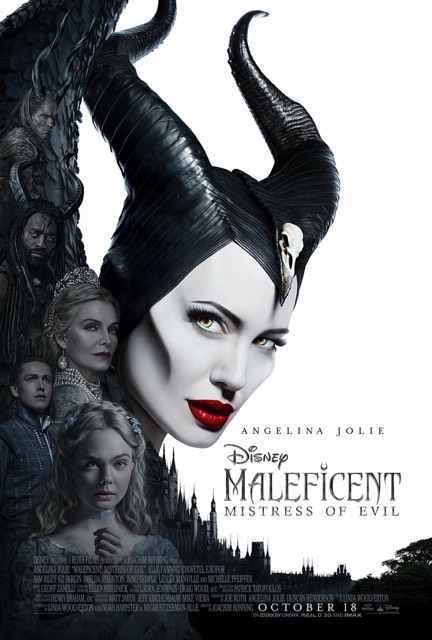 “Maleficent: Mistress of Evil” picks up several years after “Maleficent,” exploring the complex relationship between the horned fairy and the soon to be Queen as they form new alliances and face new adversaries in their struggle to protect the moors and the magical creatures that reside within.

Here’s a look at the latest trailer for Disney’s “Maleficent: Mistress of Evil,” which arrives in theaters on Oct. 18, 2019.