Halle Bailey: So Much Support For New Ariel

But wait, there’s more praise coming from the superstar ranks. 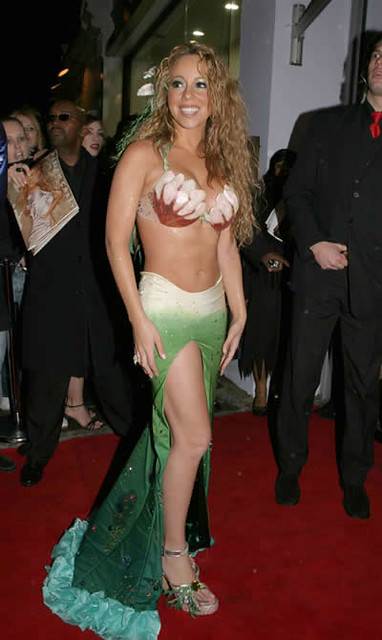 Congratulations Halle!! My kids and I are so excited for the emancipation of Ariel ??‍♀️ @chloexhalle https://t.co/6UwrduDQuc

To which Halle replied:

omg thank you so much ??you are forever an inspiration ❣️❣️ https://t.co/voygFm5A9y

On July 3, Disney announced that Halle Bailey, of the singing sister duo Chloe x Halle, will play the starring role of Ariel in the upcoming live-action version of The Little Mermaid. As you can imagine, the internet basically exploded with excitement in the following hours as the casting news was circulating, and even Mariah Carey congratulated Halle Bailey on becoming the new Ariel. Bailey responded to Mimi’s July 4 message on Twitter herself, and it’s basically the sweetest exchange between two incredible women who inspire each other.

In Mariah Carey’s tweet, she referenced her 2005 album The Emancipation of Mimi, saying, “Congratulations Halle!! My kids and I are so excited for the emancipation of Ariel.” At the end of her tweet, Carey included an emoji of a mermaid that has dark skin to celebrate Disney’s improving its representation to include a Black woman as the iconic Princess Ariel. Amidst an unfortunate onslaught of racist objections to Bailey’s casting, Carey’s message likely helped remind the “Happy Without Me” singer that she has a lot of support too — and from musical superstars no less…

It’s no secret that Chloe x Halle respect the milestones that Carey has set with her singing career, as during the 2018 American Music Awards the Bailey sisters introduced the “Hero” singer’s performance. Chloe called Carey “a music legend with 10 American Music Awards and she has 18 Billboard Hot 100 hits, more than any solo artist in music history.” When her sister joined in to welcome Carey to the stage, she smiled broadly and looked genuinely excited. One can only imagine how she feels now that Carey’s a fan of hers.

Just The Tip Of The Iceberg

Hey, we’re all fans of Halle now. But the rest of us can just get in line; Berry and Carey are only the tip of the iceberg.

This is such a sweet story. But which celebrity endorsement of Baily is most impressive to you? Let us know in the comments.