My most consistent outfit is mesh shorts and a Star Wars t-shirt; not exactly a fashion-forward ensemble…

So, most of my acquaintance — particularly those unaware of my inner geekdom — might be surprised to know my secret fashion wish: to dress like Professor Indiana Jones on a Disney Dapper Day. 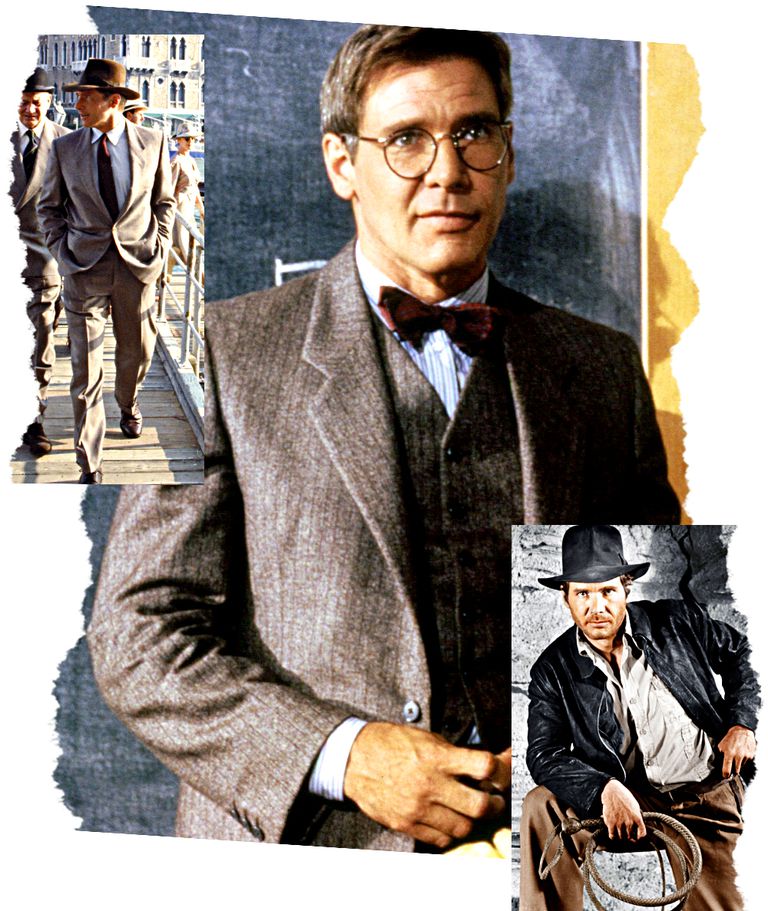 An Iconic Look – The Style of Indiana Jones

Indy’s costumes, which were a group effort over four films (so far), are simply brilliant. None other than Esquire agrees and wrote as much earlier this year.

“The truth is, few characters in cinematic history have as iconic a look as Indiana Jones,” explained Scott Christian. “The fedora, the leather jacket, the khaki trousers, the work boots… on the surface, it’s nothing too out of the ordinary. But put together it’s become a signifier for adventure, roguish wit, and indelible charm. Now—while this may be the outfit of the series—it’s important to note that Indy was no slouch in other important avenues of men’s style. 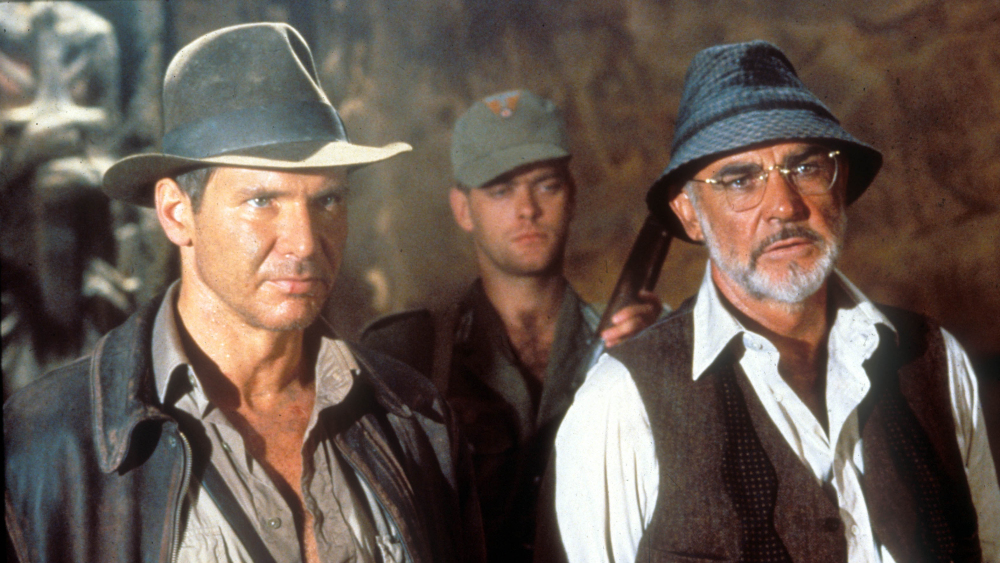 “Whether teaching a class, infiltrating a Chinese crime syndicate, or strolling the cobblestones of Venice, Indiana Jones knew how to put together a look. You don’t get to be a tenured professor at Marshall College simply by melting Nazi faces after all. And if you need proof, simply… peruse the entire Indiana Jones cinematic canon.” 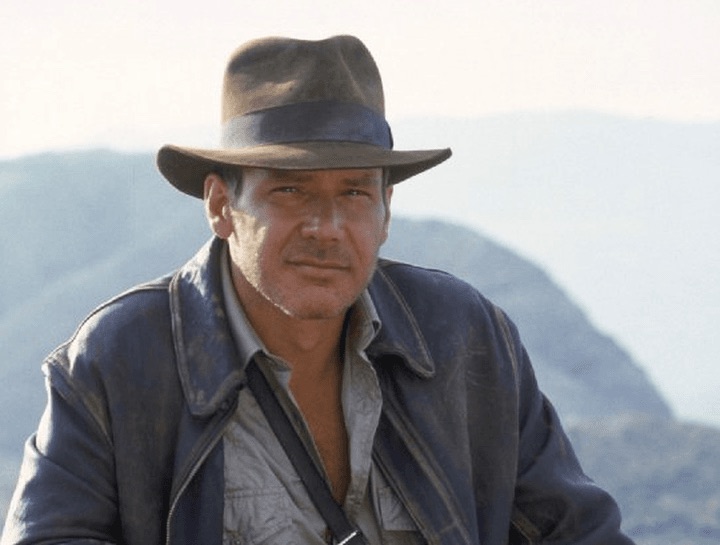 And while I admire the jacket — mine is from Todd’s Costumes, and is a prized possession — it’s the whole thing. The hat. The leather jacket. Glasses. Five-o-clock shadow. The suits!

An entire cottage industry has sprung up from those looking to look like Indy. And if you want to know exactly what Harrison Ford was wearing during a particular scene, well it’s pretty easy to find the info.

There are lots of websites and forums to delve into, particularly if you want some of the more simple pieces like the fedora or the jacket.

But if you want the boots, Esquire wants you to know:

Though some assume they are Red Wing work boots, they’re actually Alden model 405s. As legend has it, Harrison Ford wore Alden 405s back in his carpenter days. And so, when Indy’s costume was being set up for Raiders, Ford requested that they not only use Aldens—which would have been period-correct for the 1930s—but also that they buy them from his favorite shop in Sherman Oak called Fredrick’s. Dually accomplished, the 405s have since become so associated with the character that even Alden refers to them as the “Indy” boot.

How cool is that? Harrison Ford wore Alden books while working as a carpenter!

But again, when the cosmic tumblers fall together, it’s the suit at “Marshall College” in Raiders of the Lost Ark that I’ll wear to my hypothetical Dapper Day.

This unique period suit was common in all walks of life from the worker to the wealthy. Jacket has two button closure, three exterior top-entry pockets and notched lapels. The back of the jacket has a stitched belt panel, a vertical vent and darts to give this suit a very 1930s look. The waistcoat has six buttons and four pockets. Pants are cut high, with a button-fly and uncuffed at the bottom.

While Indiana Jones would prefer to be out in the field, part of his gig as a tenured professor is that he must occasionally teach a class. Which means that he also must occasionally shed his grizzled adventurer look in favor of something more sophisticated. For Dr. Henry Jones Jr., that means a three-piece tweed suit. Whether worn with a wool necktie, as in Raiders of the Lost Ark, or with a dotted bow tie as in Indiana Jones and the Last Crusade, Indiana’s tweed three-piece—a Brooks Brothers sack suit cut with patch pockets, pleated trousers, and a high-necked waistcoat—is the gold standard of professorial style. It’s classic tailoring that has been a staple of menswear since the Victorians first invented it for country sport. Plus, it perfectly illustrates Indy’s patented blend of brain and brawn.

A Pipe Dream (in the Style of Indiana Jones)?

Now, am I ever going to be able to afford any of this, never mind fit in an antique-style wool suit (and survive in the hot sun of Orlando or Anaheim)? No.

But maybe, just maybe “X” will mark the spot. And I’ll walk into The Hollywood Brown Derby (or Carthay Circle Restaurant), fedora in hand, in my Marshall College suit.

Do you dream of Dapper Day at Disney? What costume would you wear? Tell us in the comments…