Nine Most Interesting Places to Eat at Walt Disney World

When you want to eat a meal at Walt Disney World, you’d prefer to keep the magic alive, right? You don’t want a boring lunch at a forgettable place. You’re looking for somewhere with pizazz, a joint where you can take pictures of not just your food but also your surroundings. Here are nine of the most interesting places to eat at Walt Disney World.

The common thread with each of these restaurants is their novelty. Each one offers an ambience that you won’t find anywhere else at Walt Disney World or anywhere else for that matter. 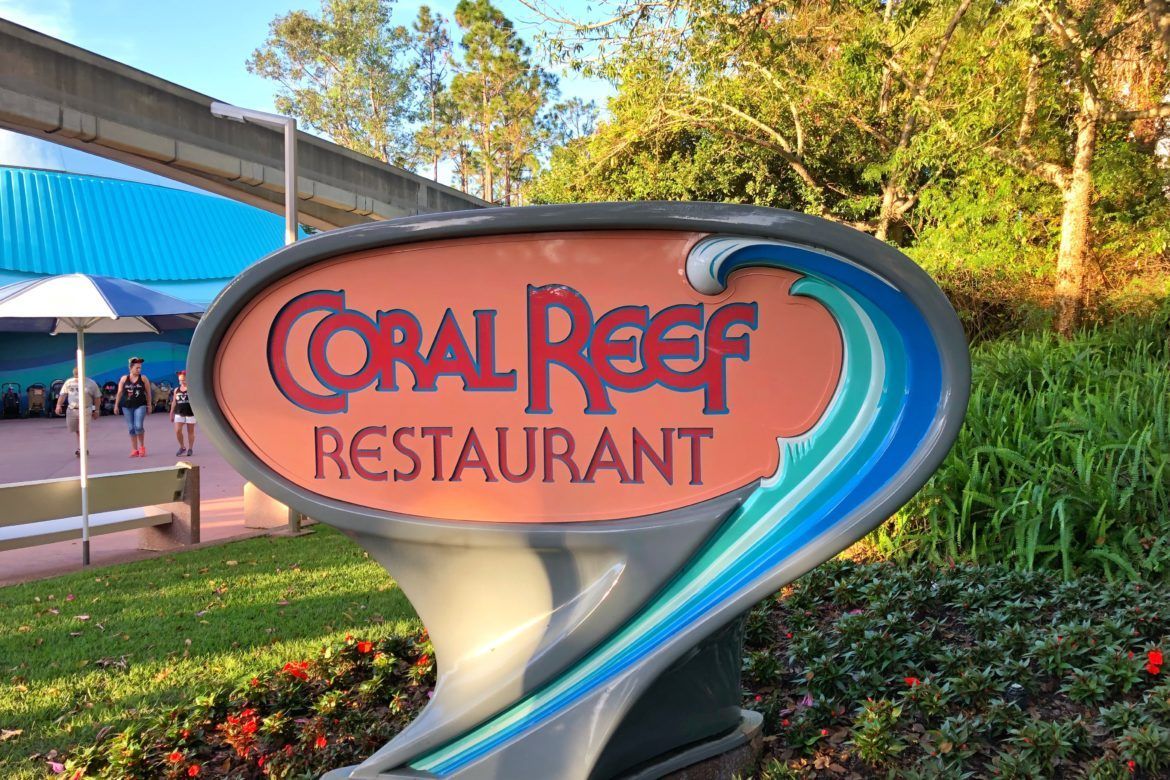 Coral Reef is an excellent place to start because it’s an aquarium. This place is part of The Living Seas Pavilion. All of the tables at the restaurant face a series of 8-foot tall aquariums, which are really just small parts of the giant vats where fish play in their natural habitats.

Some of the seats are right by the windows of the aquarium. When you’re lucky enough to sit here, you’ll get the best possible view of the fish and even the occasional cast member in aquatic gear. They feed the fish and sometimes perform maintenance tasks. You can watch it all while you eat. It’s a breathtaking experience.

Oddly, Paddlefish is both an experience that you can have in a lot of cities and one that’s only possible at Disney Springs. You board a boat to dine here. Yes. It’s an old-timey paddle boat, which explains the name. This place was formerly called the Empress Lilly, named after Walt Disney’s wife. This demonstrates the reverence shown to the restaurant, even after it changed names to Fulton’s Crab House.

Recently, Disney rebuilt parts of the interior and changed the restaurant to Paddlefish. The experience is still largely the same, though. You dine in an open seating area that overlooks the water. It’s the only place of its kind at Walt Disney World. It’s also 100 percent Lillian Disney approved. She actually christened the boat when it opened in 1977! 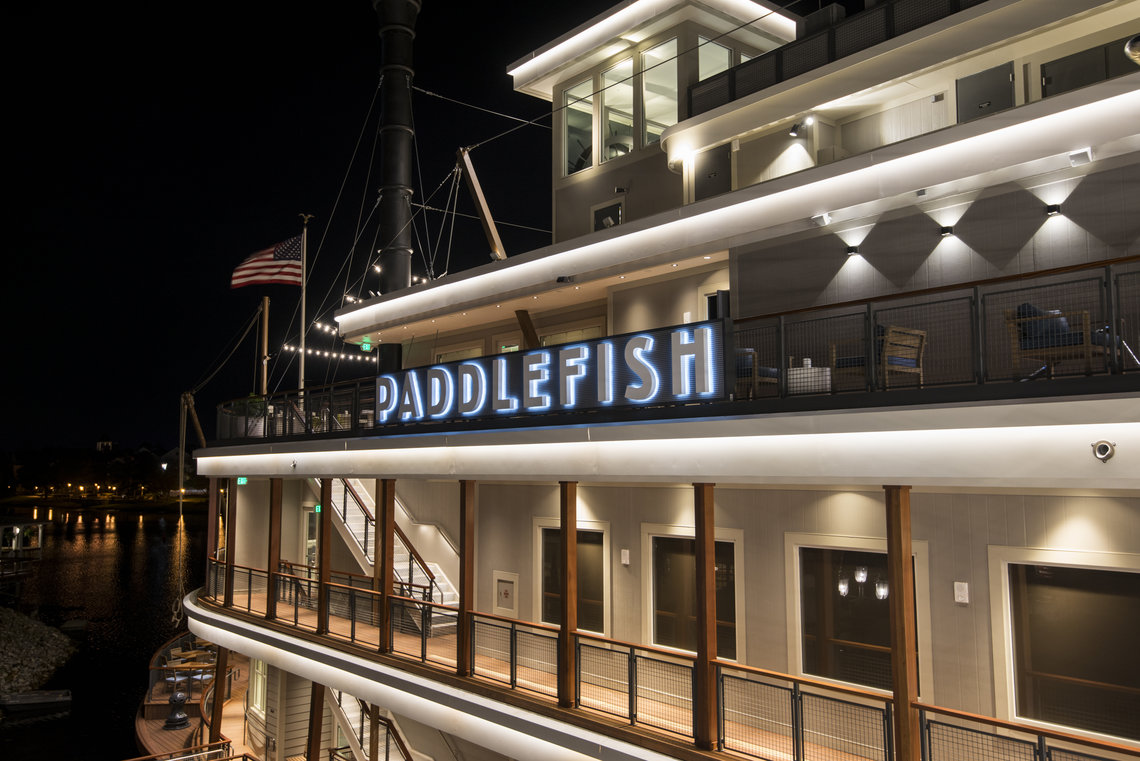 Only two restaurants at Walt Disney World share a ride building and view of a popular attraction. Not coincidentally, they’re both on this list. Pinocchio Village Haus is attached to the more famous ride, It’s a Small World.

Yes, one seating section at this pizza place looks down over the waters where ride boats sail into the main part of the attraction. And that’s the only negative mark against Pinocchio Village Haus. You can’t really see any of the magnificent sets or puppets from It’s a Small World, only the boats as they prepare to enter the cultural wonderlands. 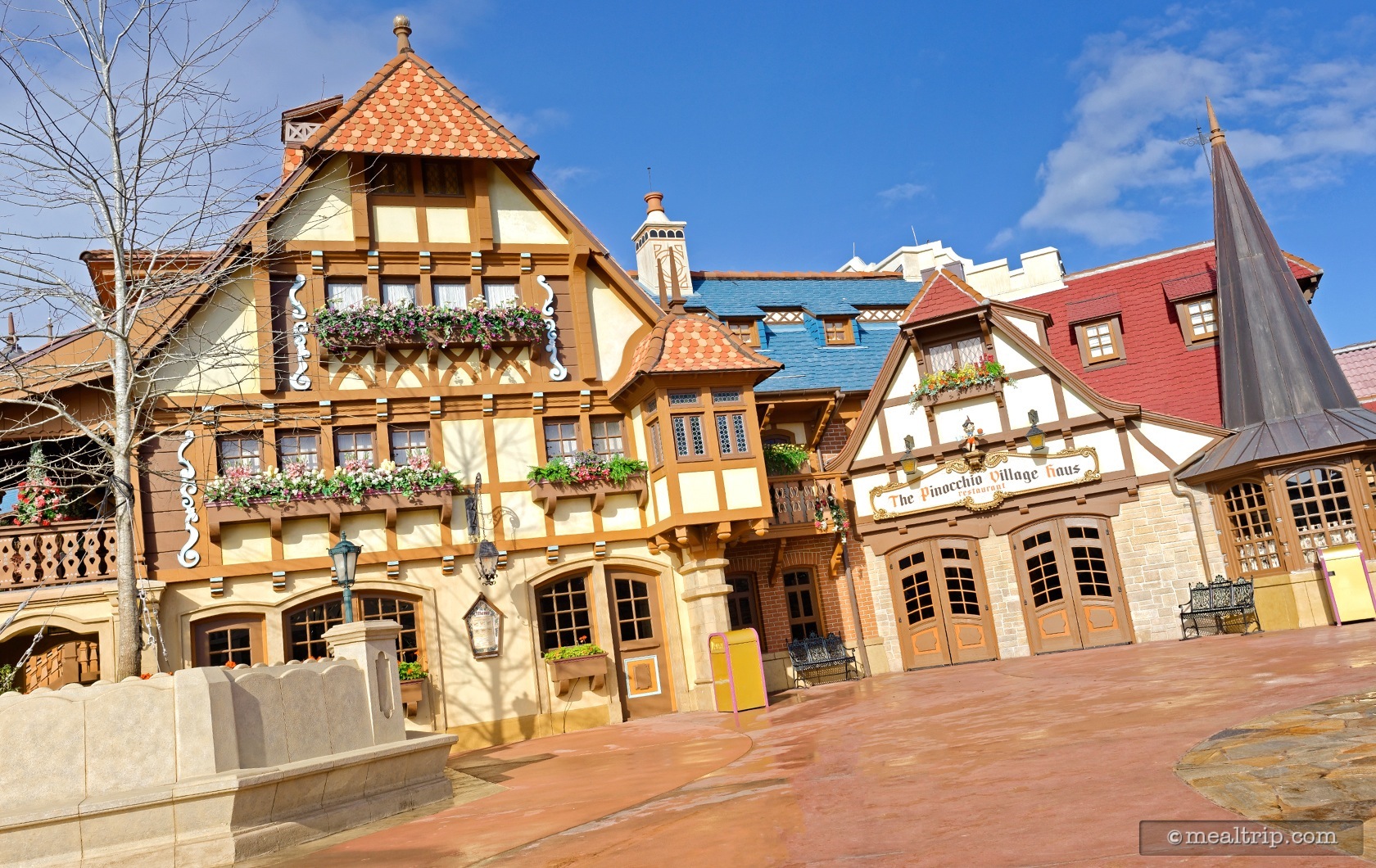 Something that you can see is the excitement on people’s faces as they prepare to board. Some of the tables come with direct views of the line queue and boarding area. It’s a wonderful way to live vicariously through other park guests.

This restaurant comes with two different special reasons to dine here. The first is identical to Pinocchio Village Haus. Gran Fiesta Tour Starring The Three Caballeros is the Mexico Pavilion’s equivalent to It’s a Small World, only it has Donald Duck, too! The boats for this attraction drift past several of the tables at the restaurant. Again, you don’t have a true view of most of the ride, though.

The real star of San Angel Inn is the soaring structure that towers above it. The pavilion’s exterior is a giant Mesoamerican pyramid. The interior’s highlight is a matching one. All parts of the Mexico pavilion’s interior point to this pyramid. The restaurant is physically the closest to it. When you dine here, you’ll stare up at the wonder of its architecture and feel awed and just a tiny bit insignificant compared to its grandiose nature.

Guests and visitors at Disney’s Animal Kingdom Lodge have a wealth of dining options. The Mara, Boma, and Jiko – The Cooking Place highlight the list, along with the place that features the best view. 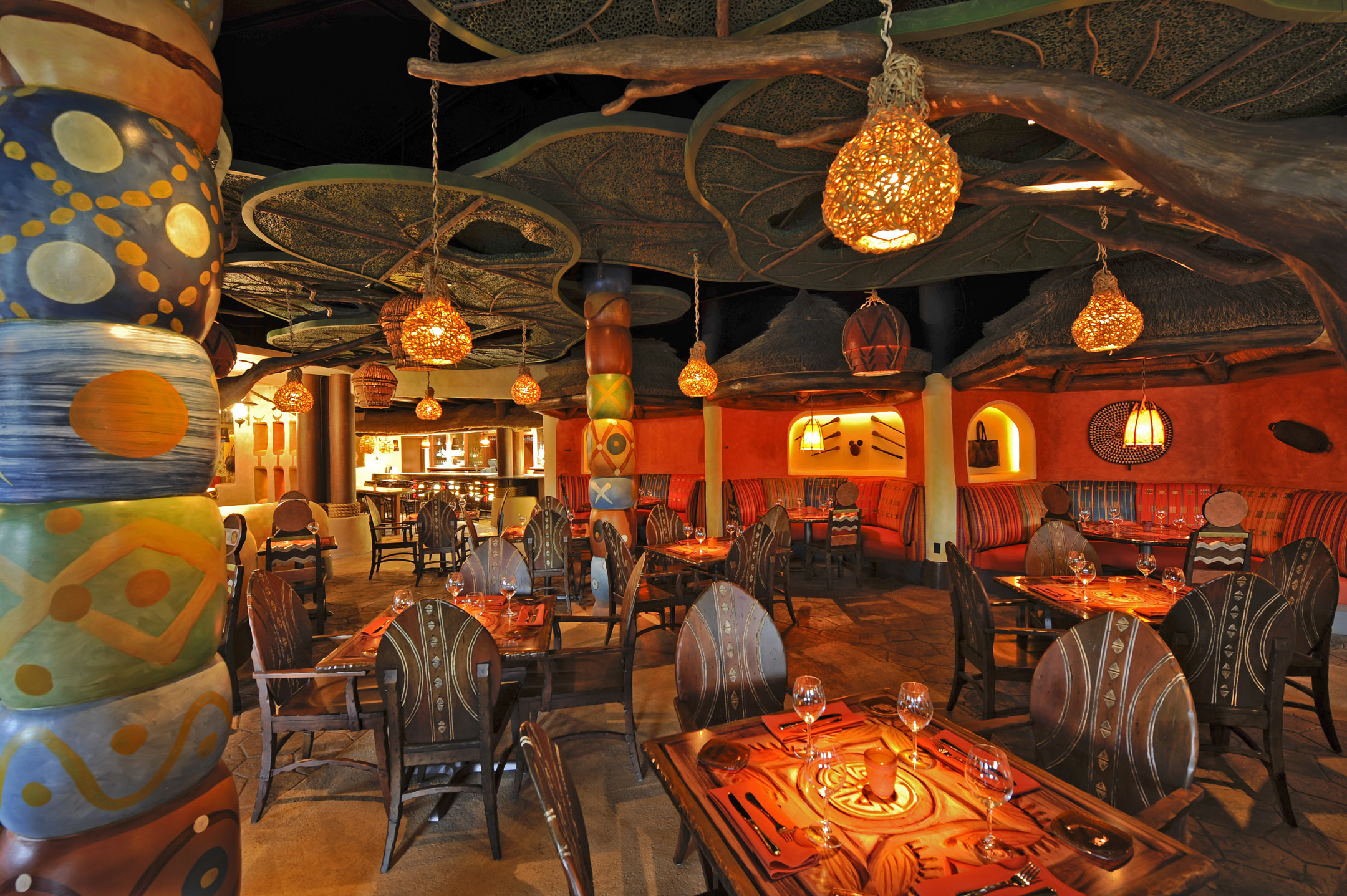 Sanaa is a restaurant at Kidani Village, the smaller sibling property to the main one, Jambo House. The hotels connect and are only a couple of minutes away from one another. You should definitely take the walk to Sanaa for the food but also for the ambience.

This restaurant is located on the main floor at the same spot where many of the animal residents pass their days. When you eat here, your view overlooks the habitats and playgrounds of these animals. You never knew which creatures could wander over and visit you during your meal. Since the space is enclosed, you can’t interact with the animals, but watching them play is plenty good enough. 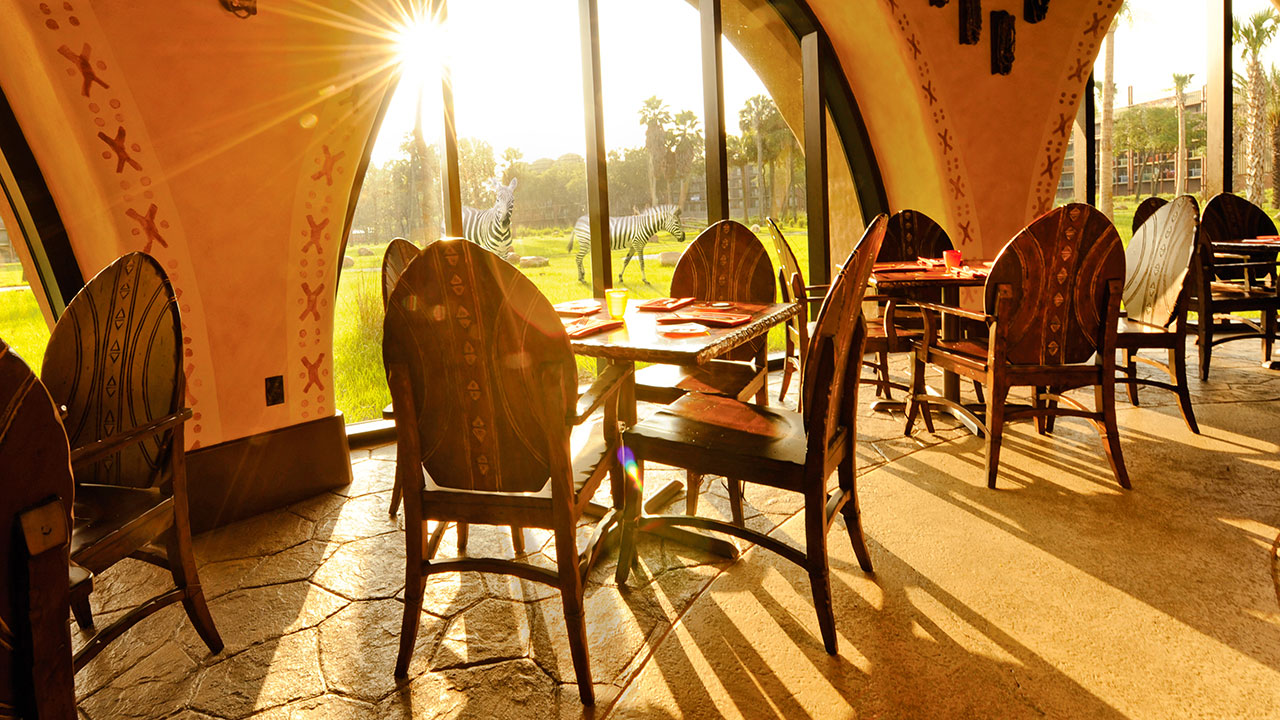 The most entertaining moments occur when you see an animal eating. They’re likely to notice you when you notice them. It leads to the question of whether you’re the one watching them eat or it is the other way around? I’ll leave that answer to the philosophers. It’s certainly a delightful moment when it happens, though.

You live and breathe an alien planet when you visit Pandora – The World of Avatar. Disney did something daring with the restaurant here. They continued the immersive theme with not only the surroundings but also the cuisine. 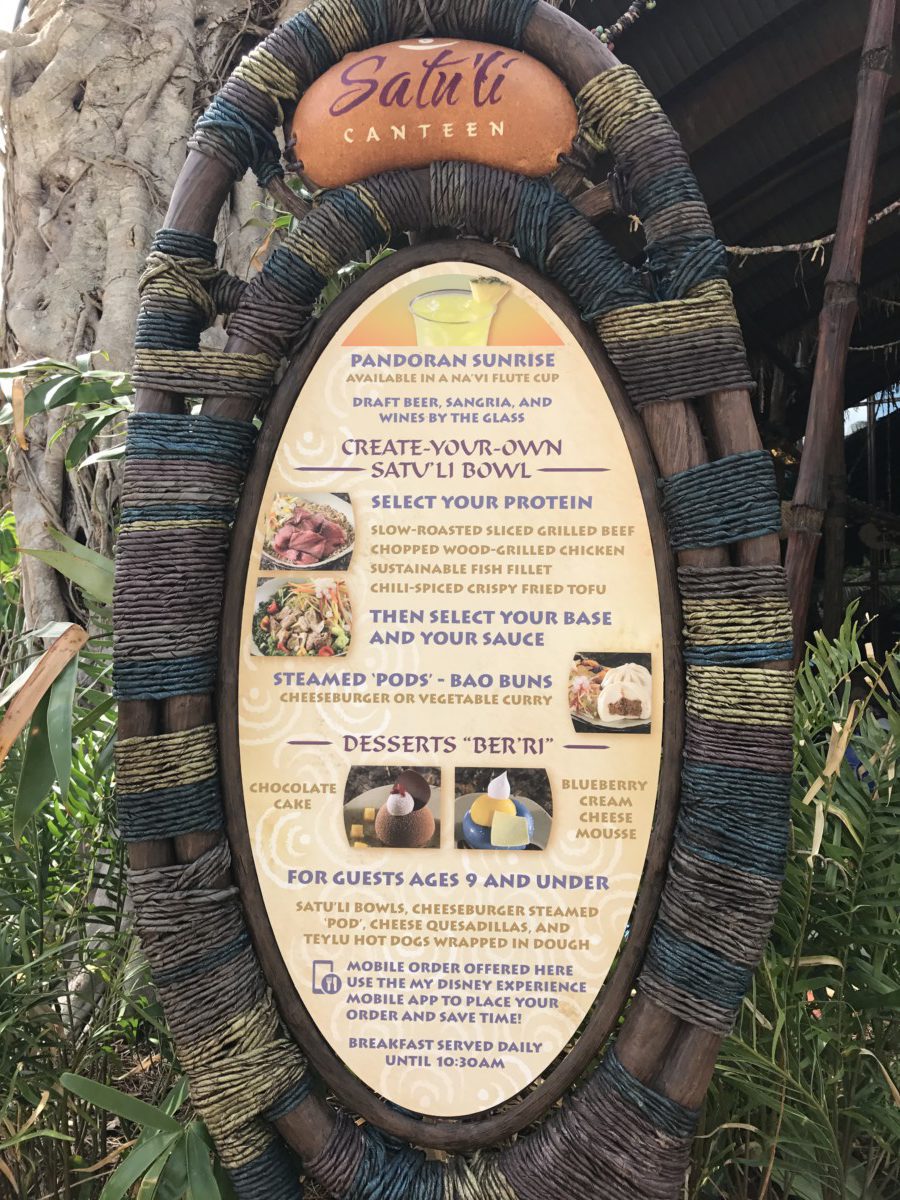 A meal at Satu’li Canteen is unlike any that you’ve ever had before, and that’s by design. Disney chefs literally created a new menu chockfull of original creations like cheeseburger pods and protein bowls. Guests who order here will believe that they’re somewhere alien due to the dining options.

The atmosphere of the place only adds to the illusion, as Imagineers put a lot of thought into what a Pandoran mess hall would look like. It’s a mesmerizing experience that will persuade you into believing that you are a visitor to Pandora. 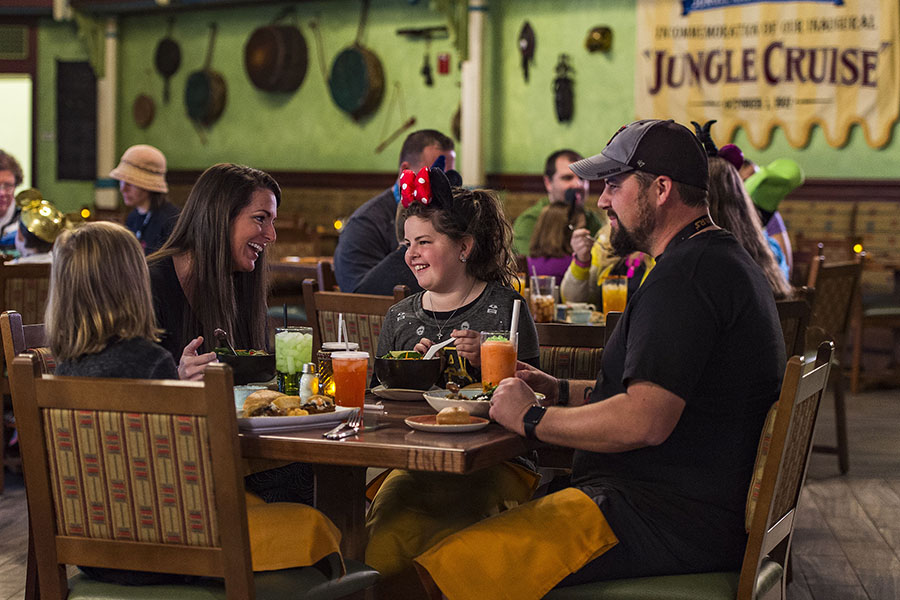 A night at the drive in isn’t something that a lot of people remember now. In a world where thousands of movies are available to stream at the press of a button, the idea seems impossible that teenagers once spent weekend nights watching a giant projection screen of a low-budget movie. It’s exactly what used to happen, though.

Sci-Fi Dine-In captures the experience forever by reliving it every day. The table “booths” here are shaped like convertible cars. Most of them are pointed at the projection screen, a giant monitor that plays a series of clips on a loop. Trailers for some of the worst sci-fi movies ever are interspersed with charming cartoons of the era. 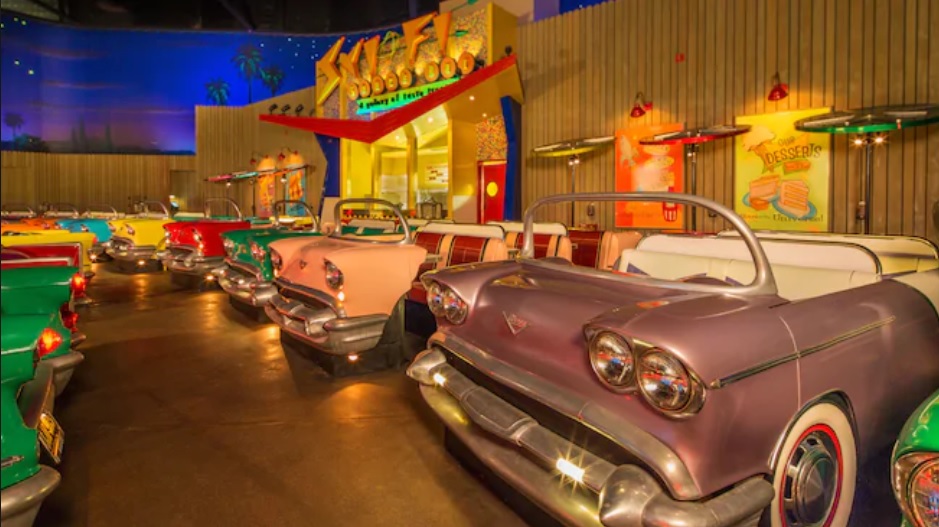 The restaurant is intentionally dark. It’s exactly like a drive-in theater at night. As someone who grew up watching these horrible, horrible movies, I’m absolutely addicted to eating at Sci-Fi Dine-In.

Everyone knows that an asteroid killed the dinosaurs. It unintentionally caused an extinction-level event that paved the way for humanity to prosper. At T-REX, Disney’s not ready to forget the ferocious creatures that once roamed the land.

This restaurant features a host of audio-animatronic and artificial dinosaurs, all of whom look like they’re harboring a grudge over their unfortunate fate. A meal here is like a trip back in time. It even ends the same way for the dinosaurs.

Every twenty minutes or so, the ground starts to shake. On the ceiling, comets light up the night sky. These special effects and loud noises will delight children in particular, but they’re a real crowd-pleaser for everybody else, too.

Okay, this suggestion costs the most out of everything listed here. On the plus side, it comes with the best extra benefits, too. Disney’s Animal Kingdom hosts an upcharge event called Wild Africa Trek. It’s not for the faint of heart, but adventurous guests will have the time of their lives participating.

As part of the Animal Kingdom tour, you’ll eat a special meal. It features dishes that are otherwise unavailable at Walt Disney World. You’ll have meats, fruits, and several variations of curry. You’ll even eat an edible flower! 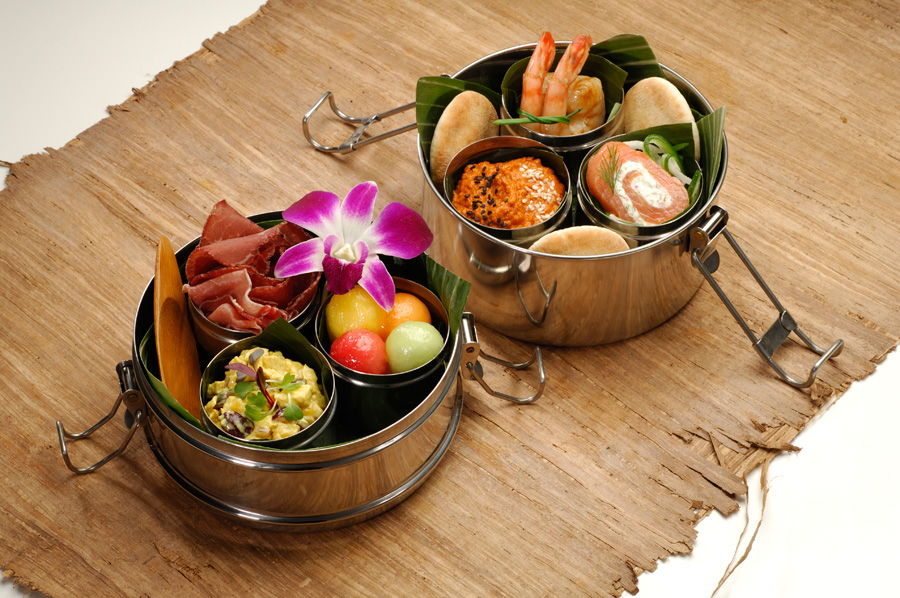 Wild Africa Trek is one of the best tours at Walt Disney World, probably THE best one that doesn’t involve VIP hosts. You will never forget your meal during your trek. I guarantee you that.