19 Reasons to Visit the Disneyland Paris Resort in 2019 and Beyond! 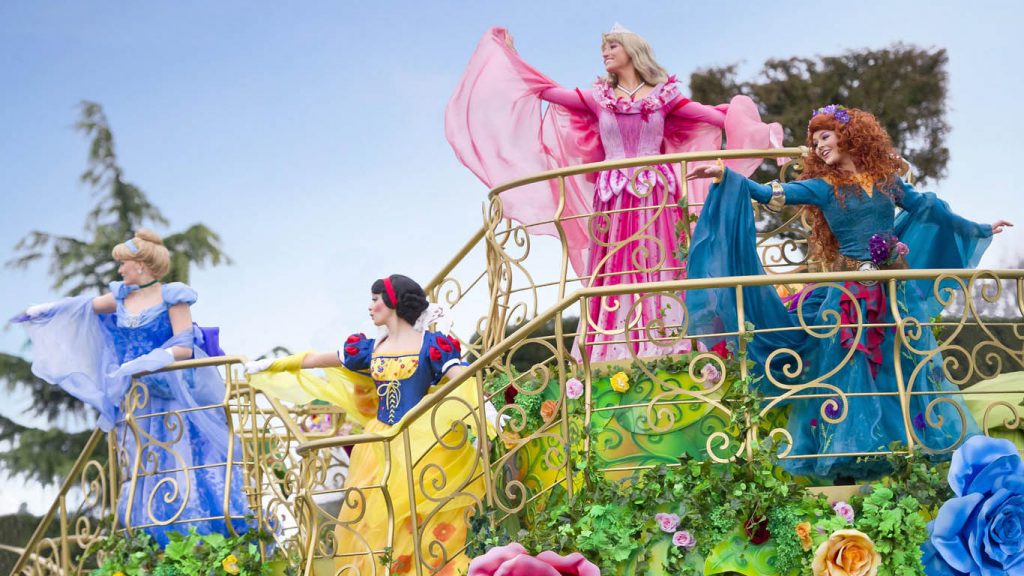 1. Festival of Pirates and Princesses 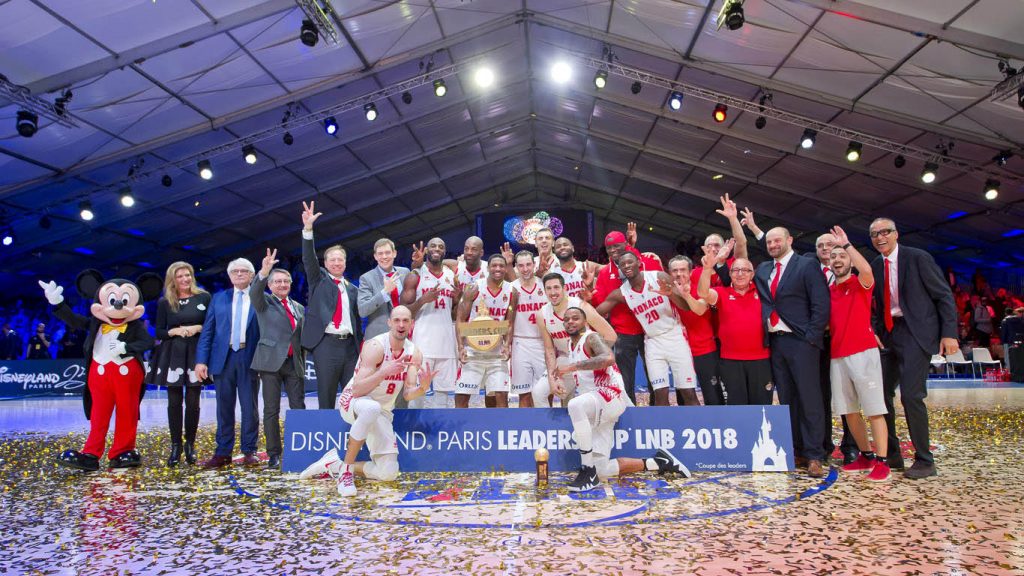 From February 15 to 17, 2019, the best of French basketball will meet for the 7th edition of the Disneyland Paris Leaders Cup LNB. The Disney Events Arena will turn once again into a unique sports venue in Europe and will gather each day close to 5000 spectators in the magic mood of Disneyland Paris.

The history of Phantom Manor has always been steeped in mysteries but most of them will finally be revealed when
it reopens in Spring 2019… And not only revealed: the mysteries will be resolved before your very eyes thanks
to some new illusions. Are you ready to rediscover this legendary Disneyland Paris attraction?

The Marvel Super Heroes will be back at the Walt Disney Studios Park from March 23rd to June 16th 2019, with the support of new super heroes to help save the galaxy, like Groot. And to celebrate the release of her movie, Captain Marvel will land in Disneyland Paris for the very first time, in the setting of the Season of the Marvel Super Heroes. 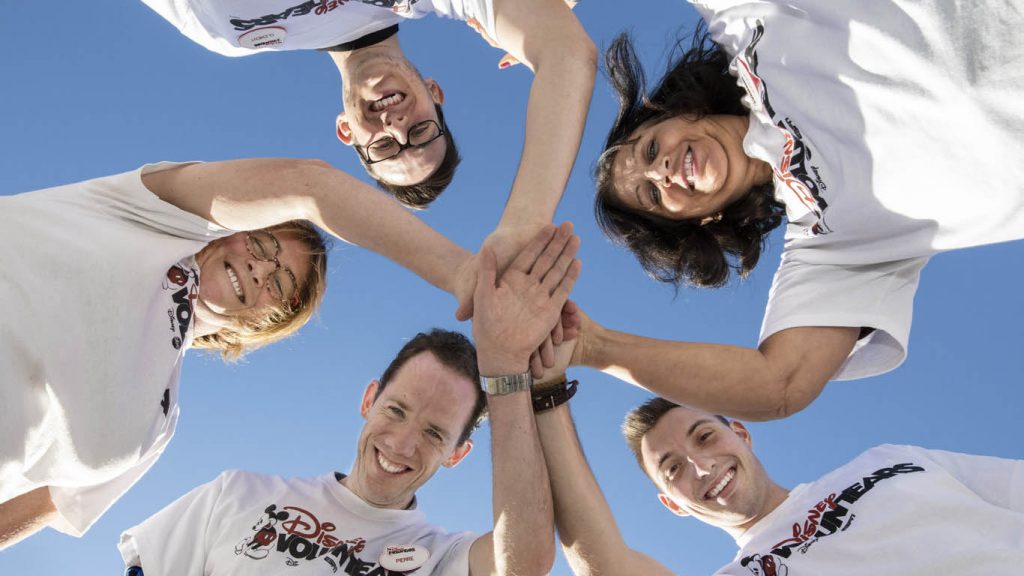 Did you know that in mid-2019, Disneyland Paris will stop using straws and plastic stirrers for single use within all its destinations? This approach will be intensified in the coming years through our policy of reducing disposable plastic products and strengthen the current treatment of our waste. In Spring 2019, Disneyland Paris will also celebrate International Women’s Day and Earth Month throughout different actions for its Cast Members. The Disney Voluntears, our volunteers, will be on the ground throughout the year to bring happiness and magic through solidarity actions. 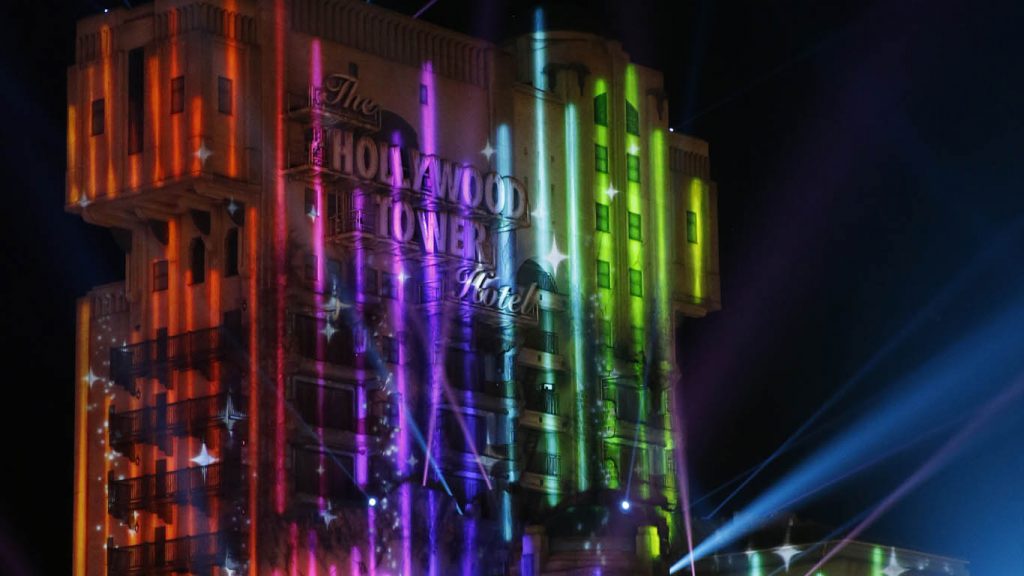 Live your best life and shine with the joy of diversity at Magical Pride, a dazzling party lighting up Disneyland Paris
on 1st June 2019, from 8p.m. to 2a.m. Dress like a dream, feel fabulous and experience Walt Disney Studios Park like never before – loud, proud and alive with all the colours of the rainbow. 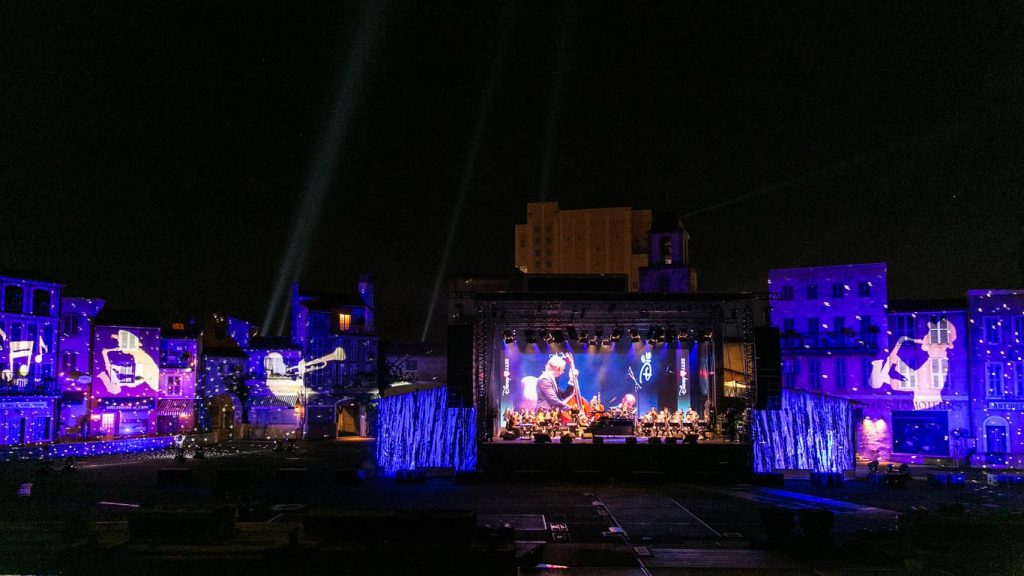 On June 15th 2019, experience a fun night full of jazz styles & rhythms performed by multiple artists throughout the park, and attend the Jazz Loves Disney concert starring internationally renowned artists. Your eyes and your ears won’t believe it! Swing to the rhythm of jazz music through Walt Disney Studios Park from gipsy to electro jazz bands and share unique moments with the jazziest Disney Characters. And that’s not all… attractions will be opened during the night! 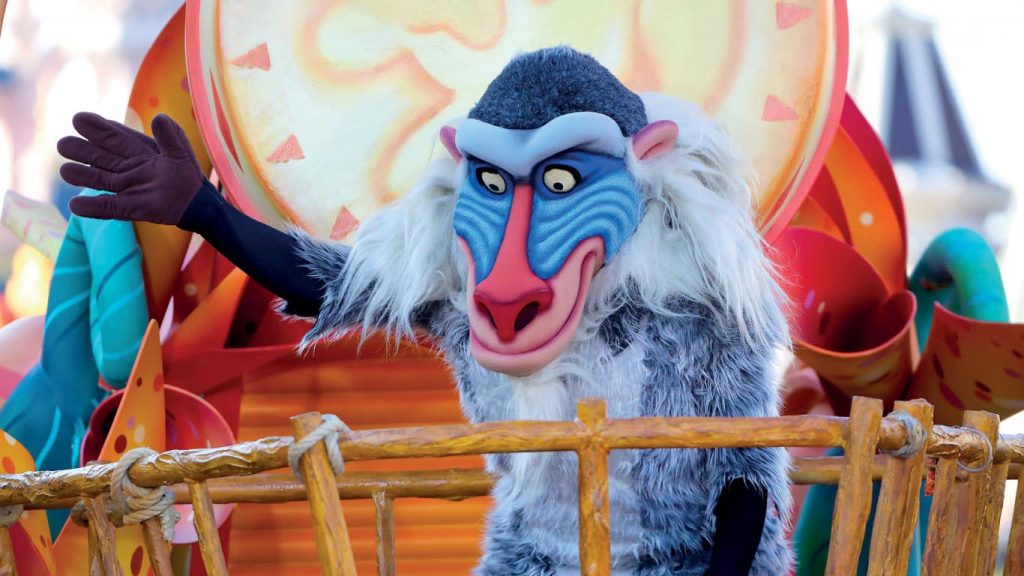 Disneyland Paris will make its guests roar with pleasure with an unprecedented frenzied festival. The Lion King and Jungle Festival is an invitation to a festive, colorful and exotic trip from June 30 to September 22, 2019, to live an immersive experience in a luxurious nature! Simba, Timon, Pumbaa, Baloo, and their friends are firmly waiting for the visitors to vibrate at the beat of the drums! 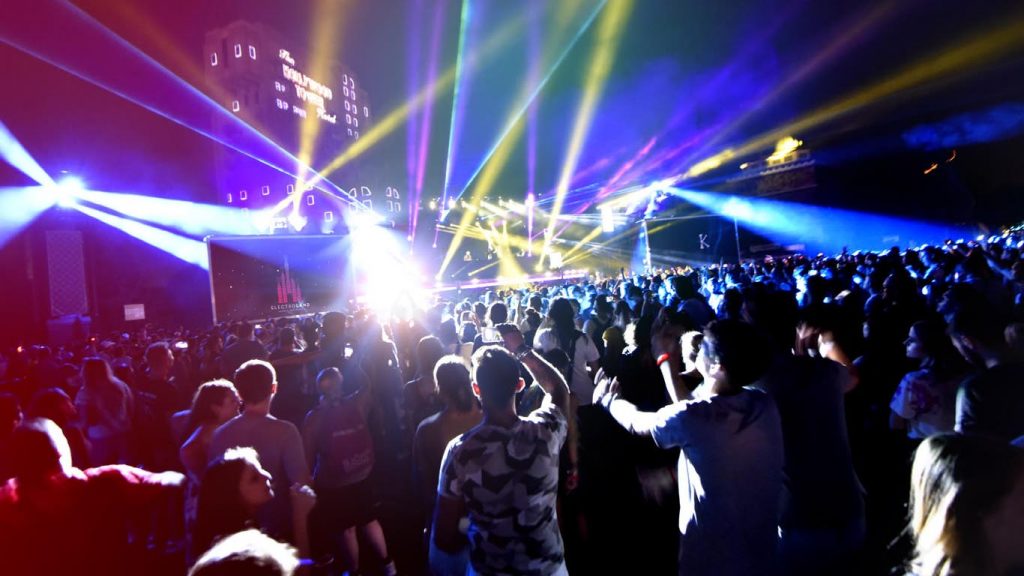 After 2 editions crowned with success, Electroland will be back in 2019 at Disneyland Paris with sound, attractions, fireworks and projections. Meet from July 5 to July 7, 2019 at the Walt Disney Studios Park.

Get ready for our next Disney’s Halloween Festival in October 2019! Carve a spooky cel ‘o’ bration in the dressed-up streets of Disneyland® Park, revelling in a bewitchingly bespoke ambiance! We’re currently busy planning all the surprises that’ll make it extra special – details will be revealed soon, so keep an eye out. 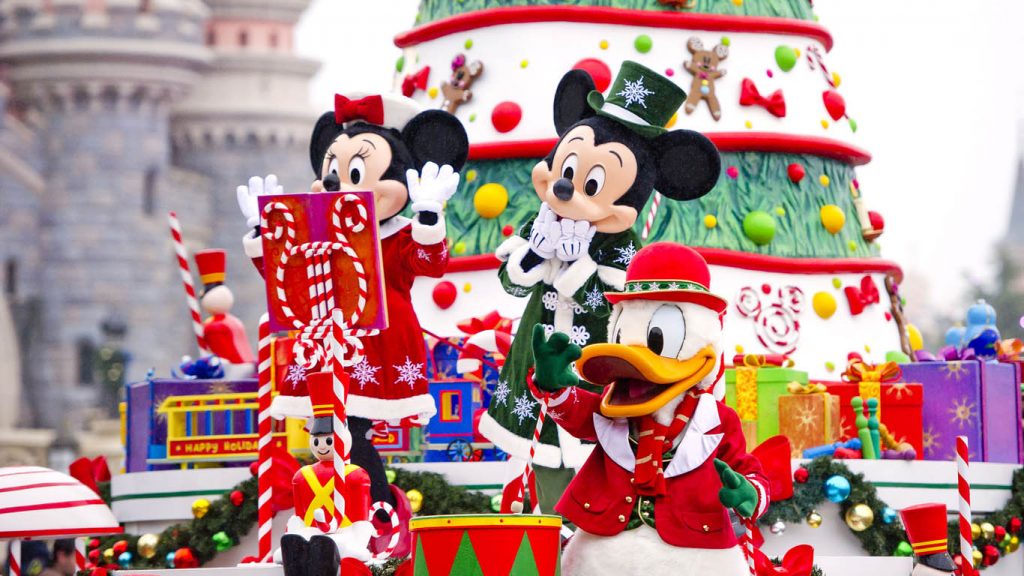 At the end of 2019, the magic of Christmas will enchant Disneyland Paris. On the agenda: enchanting shows,
a majestic Christmas tree and magical lighting!

On December 31, 2019, Disneyland Park will sparkle with unique surprises for the New Year…Prepare yourself to experience a wonderful party! Celebrate a year of emotion and start the year 2020 at the heart of the Magic. 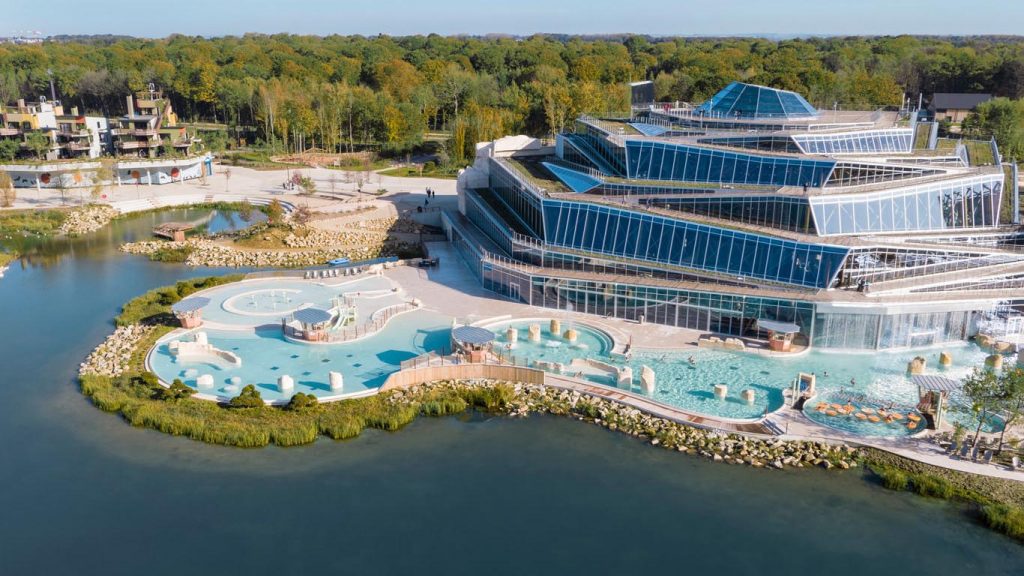 Reconnect with the magic of nature, relax and rediscover your adventurous side in two charming destinations unlike anything in Disneyland Paris. Stay in a Disney Nature Resort and unlock more relaxation, independence, fun and more Disney magic!

Disneyland Paris will infuse magic down to the taste buds with the 3rd edition of the « Rendez-Vous Gourmand »
at the Walt Disney Studios Park. During Le Rendez-Vous Gourmand , guests will have a chance to dive into the heart of the most beautiful French regions and enjoy their best food specialties.

16. Legends of the Force

Disneyland Paris is the perfect place to live the Star Wars experience. Legends of the Force – A Star Wars Celebration will be an opportunity to dive into the heart of the Star Wars universe, in the footsteps of its iconic characters such as Chewbacca, R2D2 and C-3PO… but also to tackle the Obscure side of the Force, incarnated by Dark Vador and Kylo Ren.

The coming years at Disneyland Paris will be marked by the transformation of the Walt Disney Studios Park, including three new theme areas dedicated to Marvel, Frozen and Star Wars, as well as several new attractions, shows and restaurants. This expansion plan represents one of the most ambitious development in all of the history of Disneyland Paris since it opened in 1992.

When it reopens in 2020, Disney’s Hotel New York – The Art of Marvel will conjure up the modern sophistication of the city that gave us the Marvel Super Heroes and the writers and cartoonists that created them. As such, the renovation of Disney’s Hotel New York will be based on a setting inspired by the opulent, modern buildings of Manhattan!

Learn more about what Disneyland Paris has to offer in  2019 and beyond in this message below:

For additional information and to start planning your visit to Disneyland Paris, fill out the form below or send an email to Holly@MickeyTravels.com for a FREE, no-obligation quote. As an agent with MickeyTravels (a Platinum Earmarked Agency), I will be on hand to help you with everything from finding your perfect package to nabbing those hard-to-get dining and FastPass reservations. I work with all Disney Destinations. Best of all, my services are absolutely FREE. Get in touch via email at Holly@MickeyTravels.com or calling 954.401.9577. Also, make sure to CLICK HERE to follow along with my Facebook page for all things Disney and giveaways!