Marvel fans are in for a special treat.  It was just announced at starwars.com that Marvel will be releasing a new comic book series based on Star Wars: Galaxy’s Edge. The bulk of the action will take place on Batuu the planet that is the focus of the new Stars Wars expansions coming to both Disneyland and Disney’s Hollywood Studios later this year!

Readers of the five-issue miniseries will be among the first to meet Dok-Ondar, the Ithorian collector of rare antiquities. You’ll also find out what happens when the First Order reaches the edge of wild space. The key to saving this lawless outpost might involve a job pulled long ago by the much-loved Han Solo and his cohort Chewbacca.

We here at MickeyBlog are excited to share with you this first look at a concept design featuring Dok-Ondar check it out! 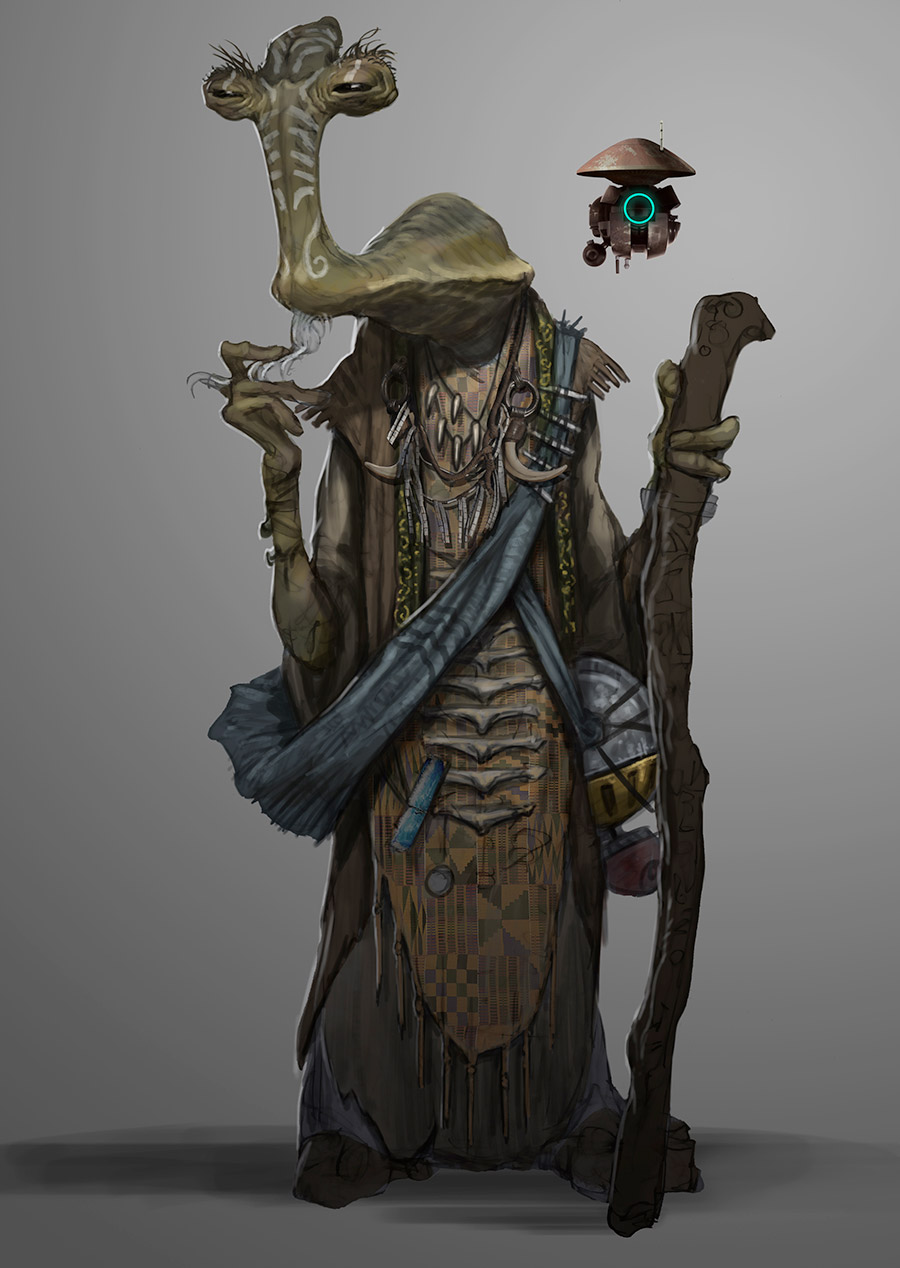 This series will be written by Ethan Sacks, who recently penned the Star Wars: Age of Republic series. The series will be illustrated by Will Sliney, the artist behind the Beckett one-shot. Sliney also pencilled the comic adaptation for Solo: A Star Wars Story. Cover art will be a collaboration between Walt Disney Imagineering and Lucasfilm artists.

Ethan Sacks had this to say about this new Marvel series, “Galaxy’s Edge has intertwined stories over several eras — including a Han Solo and Chewbacca adventure, a very specific dream come true — so plotting it to fruition was kind of like playing a high stakes hand of Sabacc on an active Dejarik board.”

Readers will have a chance to learn about the wonderful backstory surrounding Galaxy’s Edge before visiting the actual lands when they open later this year. According to Sacks, ” Our series will give fans the chance to visit Black Spire Outpost months ahead of voyaging to Batuu in person. Armed with top-secret sketches and information from Walt Disney Imagineering and Lucasfilm, we are keeping this authentic to the spirit of this rich new setting.”

This is a story we’ll be following closely in the weeks and months ahead.  Readers are encouraged to keep following along with MickeyBlog for the latest Galaxy’s Edge news and updates!

Make 2019 the year you head to Disney!  Fill out our form below to get your FREE, no-obligation quote from MickeyTravels.