According to multiple news sources, a couple in Winnebago County, Illinois are facing two dozen charges including attempted murder, child abuse, and theft by deception. Christopher J. Williams and his wife Kathryn A. Williams are charged with multiple counts of unthinkable offenses.

According to the indictments, the theft by deception included a dog and all expense paid Disney vacation given by the Make-A-Wish Foundation. The indictment specifically states, “the defendants knowingly obtained by deception, control over property, namely an all expense paid trip to Disney, with a value exceeding $10,000, but not exceeding $100,000 of Make a Wish Foundation…”

Staff Writer Kristen Zambo from the Rockford Registar Star wrote, “Prosecutors are alleging that two Winnebago children endured medical abuse at their hands of their parents that left one with her growth permanently stunted, while she and her younger brother now require colostomy bags.

According to indictments released Thursday, the couple gave their children unnecessary medication and agreed to unwarranted medical procedures.”

According to MyStateline.com, “The 25 page indictment (which you can read here) alleges that the couple confined the 11-year-old boy to a bed and wheelchair when it wasn’t necessary, causing permanent damage to his tendons and ability to walk.

In the case of the 13-year-old girl, the State alleges that the Williamses gave her medication which caused the child’s growth to be permanently stunted for life.”

MyStateline.com continues, “Last year, the couple’s two children, a girl, 13, and boy, 11, were nominees for the Steven R. Stiles Courage award from the Healing Dreams Foundation. To be a nominee for the award, the two children were said to have a long history of illnesses, including epilepsy, cerebral palsy, a brain tumor, celiac disease, congenital adrenal hyperplasia, mitocondrial disease, a blood stream infection, encephalopathy (toxicity of the brain), hydrocephalus (fluid on the brain), and a host of other medical conditions.” 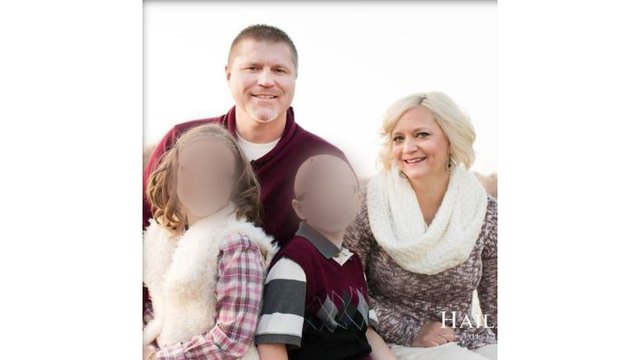 “Today the Winnebago County State’s Attorney’s Office announced charges against Kathryn and Christopher Williams. These charges are merely allegations, not proof of criminal conduct beyond a reasonable doubt. Mr. and Mrs. Williams love their children and would never do anything to place them at risk of harm. It is important that this case is tried through the court system, where evidence and facts matter, and not through the media or the court of public opinion. Like anyone accused of a crime, Mr. and Mrs. Williams are entitled to due process and the presumption of innocence. We look forward to fighting this case in a court of law, where we expect the evidence will show that Mr. and Mrs. Williams are innocent.”