Last night, Monday Night Football brought us an early Christmas present- the new Captain Marvel Trailer! The introduction of Captain Marvel has been long awaited by Marvel fans after a tragic ending to Avengers: Infinity War. The Marvel Universe is in a need a superhero and she’s our girl! 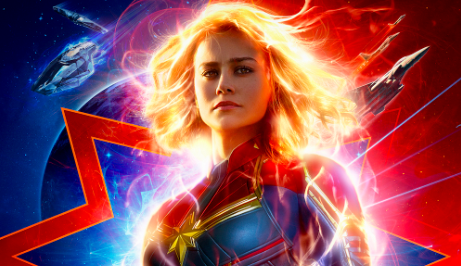 Captain Marvel takes place in the 1990s, which is a time previously unseen in the Marvel Universe. The story follows the journey of Carol Danvers as she becomes one of the universe’s most powerful heroes.  While a galactic war between two alien races reaches Earth, Danvers finds herself and a small cadre of allies at the center of the maelstrom.

Does the new Captain Marvel trailer have you ready to get your tickets? The film is set to open in theaters on March 8, 2019. Keep following along with MickeyBlog for more Marvel news and updates.

Dreaming of a Disney Vacation? Why not use the help of a pro? Contact me today to start planning your Disney Vacation and get all of the best insider tips. Fill out the form below, send an email to mnugent@mickeytravels.com, follow me on Facebook, or call (716) 601-7710 for more information. As a Travel Agent with MickeyTravels (a Platinum-Level, Authorized Disney Vacation Planner) I offer a full range of complimentary planning services to make sure your Disney Vacation is everything you’ve dreamed. I specialize in all Disney Destinations including Disney World, Disneyland, Disney Cruise Line, Aulani and Adventures by Disney. Let’s make your day a Disney Day!