The walk to the base  of Expedition Everest is a long one, requiring you to follow old, rusted signs as your only means for directions. Twisting pathways that pass under canopied treetops seem endless as you walk towards your destination, and many have quit even before they’ve reached even the start of their journey. If you push on long enough, you’ll soon see it looming in the distance, adorned with strings of flags artistically placed by locals to warn visitors of its dangers.

A snow-capped white peak gives it away, and you won’t need the road signs any longer- once you’ve spotted Everest, getting lost is the least of your worries. Now that you’ve reached the base, the real trials begin. Will you attempt to scale the mountain aboard a steam train in the hopes of finding the infamous Yeti?

Expedition Everest- Legend of the Forbidden Mountain celebrated its 12th anniversary in operation on Aril 7, 2018. The ride opened to massive praise and success, as it was the first full-scale roller coaster to open at Disney’s Animal Kingdom in history. The Animal Kingdom was in desperate need of a big, bad, exciting attraction to draw crowds to the park whose attendance was continually on the downswing.  And the rest, as they say, is history.

All Good Things Begin With Research

Though it has been in operation for 12 years now, Expedition Everest is still one of my all time favorite Disney attractions. Each time I queue for the ride, I get excited for the twists, turns, and backward drops I know I’ll soon get to experience aboard the coaster. But hey, we all know about the attractions’ great ride experience, but the creation of the attraction is not common knowledge. 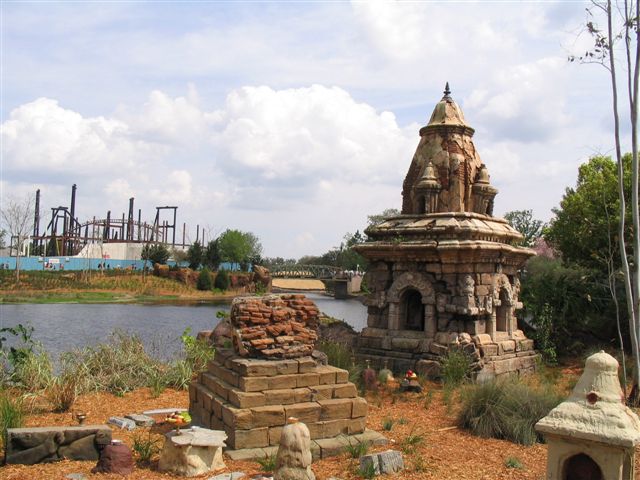 Plans and research began years before the attractions’ opening with Imagineers traveling to Nepal and surrounding areas to conduct research about local culture, architecture, food, and of course, the legend of the Yeti. After Imagineers returned from the trip, they were ready to jump into the unbelievably massive project of designing, building, and eventually opening a thrill ride.

Next time you’re in the queue for the ride, try to take in as much detail as you can. The statutes featured outside, the flags hanging, the clothing in the cases, even the currency in the photos is all spot on with the Indian culture that exists at the base of the real Everest.

In celebration of the attractions’ anniversary, I recommend watching the fantastic documentary created about the building of the ride. You can watch the documentary in full on YouTube, but my recommendation is watching it bit by bit! Here is the link to Part 1:

1,800 tons of steel, 2,000 gallons of paint, and 4,424 ft of steel come together to create the mountain we see today, but the construction process was a bit more complicated than slapping some paint on a mountain. Vekoma, the company that provided the track system for the ride, worked in conjunction with Disney to create a brand new, state-of-the-art track system. 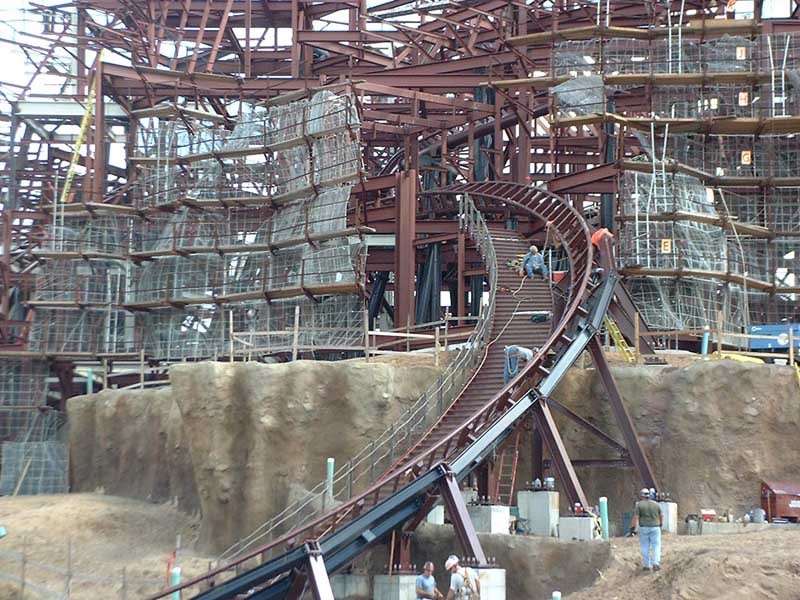 For the first time, the rails are visible on the outside of the track as opposed to inside, giving the ride a smoother feel and a more ‘train track-like’ look. This is the first Disney ride to feature a track that switches from forward to backward to forward movement. You can learn more about that in parts 2 and 3 of the documentary: https://www.youtube.com/watch?v=no1Qtf-oShQ

Believe it or not, the ride track and the mountain itself are two completely different feats of construction- the two are completely independent of the other. The track and mountain never touch and were both built with superstructures that are not dependent on the other. Think of it this way: you can lift the mountain up, and the roller coaster would still be standing and functional! 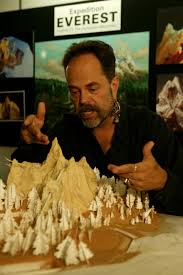 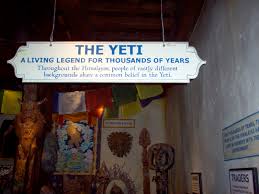 When the attraction opened, the Yeti was the biggest, most advanced audio-animatronics figure to ever be created by Disney or otherwise. He stands a whopping 25 ft tall and has the potential to move his entire body an astounding 5 ft horizontally in a few seconds flat. The figure was constructed to sit atop a 46 ft tall independent concrete base meant to hold its weight while allowing the beast to swoop down on passing train vehicles, terrifying riders and confirming the legends’ truth.

Unfortunately, the Yeti hasn’t been functioning properly since 2006 (yes, the same year the ride opened!). There are rumors, but Imagineers have not confirmed exactly what went wrong with the Yeti and haven’t revealed why he has been motionless for almost 12 years now.

I have to say, every time I ride by the Yeti, I wish I remembered his glorious, fully-functioning days way back in ’06 more clearly, because his giant paw swooping down over the train succeeded to terrify my middle-school brain every time! You can still see the Yeti today, but he is in a permanent ‘B-Mode’ of operation- he’s motionless atop that base, but Disney tries to give him a little life by aiming a strobe light and fan at his fur.

Expedition Everest- Legend of the Forbidden Mountain stands the test of time and continues to be the longest wait time in Animal Kingdom (well, second to Pandora since its opening). The fantastic ride track, exciting twists and turns, and overall themeing thrill guests some 12 years after its opening, proving that Disney has yet again made a ride that satisfies not only guests of today, but one that will continue to surprise and delight guests well into the future. 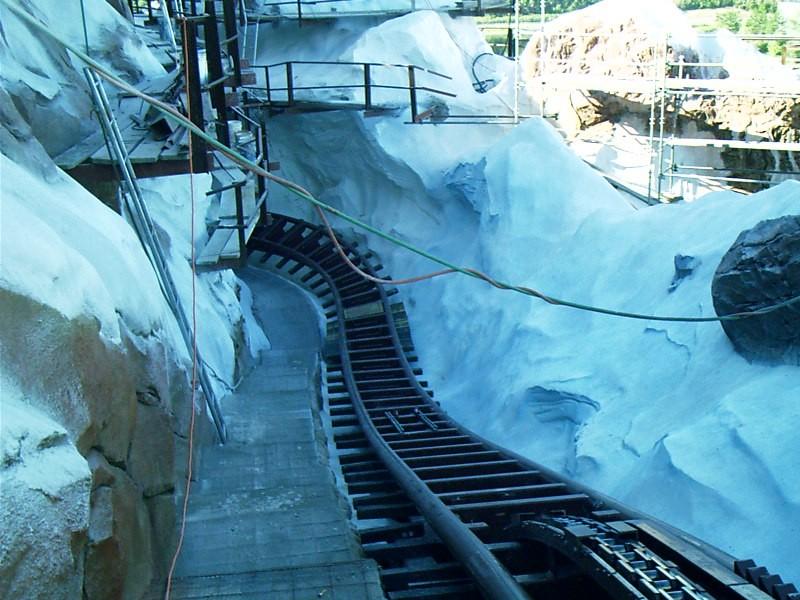 I hope that someday very soon the Imagineers will close the ride and refurbish the Yeti so he can be back to his full function.  But despite ‘Disco Yeti’- a fan pet name given to the motionless beast- the ride ranks with the best.

Special thanks to Maria Salerno for writing this article: Hiya pal! I am a NYC-based writer/musician thrilled to be a part of your Disney vacation planning! I’m a WDW Annual Passholder, so you can find me in the parks regularly throughout the year. In addition to being a Disney Parks loving girl, I’m also a Disney toy and merchandise collector, a runDisney enthusiast, and Disney music and movie aficionado. You can follow me on Instagram: NYCtoAP and find me on YouTube: NYCtoAP. Thanks for reading, hope to see ya real soon!