Are New “Pirates of the Caribbean” Movies on the Horizon?

Are you a fan of the “Pirates of the Caribbean” movies? Then, I have some great news to pass along! Deadline.com is reporting that Disney is in talks to resurrect the popular movie franchise.

It is reported that Disney has already met with the writing team of Rhett Reese and Paul Wernick to write the script for the next “Pirates of the Caribbean” film(s). If you are not familiar with the Reece and Wernick writing team, they are the masterminds behind the super-successful “Deadpool” movies and “Zombieland.” Currently, they are working the sequel to “Zombieland.” “6 Underground,” that will be released via NetFlix and starring Ryan Reynolds. 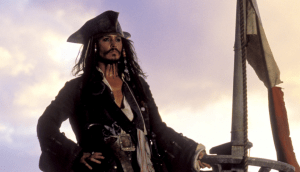 Deadline is also reporting that super-producer Jerry Bruckheimer will also be back at the helm to of any upcoming movies. However, no one else has been rumored to be back – including Johnny Depp. However, to me at least, it’s pretty hard to imagine any “Pirates of the Caribbean” movies without Depp playing the title role of Jack Sparrow. A Ryan Reynolds addition to the movie in a new role wouldn’t be too bad either. (He is definitely familiar with the Reese and Wernick writing team.)

While nothing has been confirmed yet,  it would be surprising for Disney not to reboot the “Pirates of the Caribbean” movies. After all, the five movies did make over 4.5 billion spread out over 14 years.

Would you be happy to see a return of the “Pirates of the Caribbean” movies? Let us know in the comments below!