If you’re tech geeks like us then we have some exciting news for you! Disney announced that an all-new hyper-reality VR experience will be coming to both Disney Springs and Downtown Disney this Fall based on Wreck-It Ralph!

From the same incredible team, ILMxLAB that brought the groundbreaking hyper-reality experience Star Wars: Secrets of the Empire, guests can expect a new one-of-a-kind, original adventure based on the upcoming Walt Disney Animation Studios film “Ralph Breaks the Internet” which is slated to arrive in theaters on November 21st. 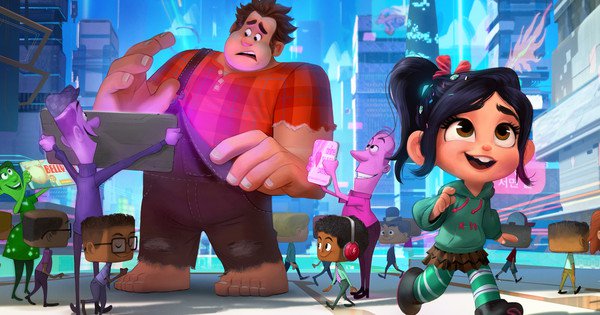 Ralph Breaks VR will be designed to put visitors inside a new multi-sensory Disney adventure. It will immerse you in the worlds of the internet and online gaming with Wreck-It Ralph and Vanellope. This new experience is the culmination of a collaboration between The Walt Disney Company and ILMxLab (Lucasfilm’s award-winning immersive entertainment division) who are again collaborating with the team at The VOID.

Keep following along with MickeyBlog for the latest up-to-date information about Ralph Breaks VR and this new hyper-reality experience at The VOID including an official opening date! In the meantime, readers are also reminded that tickets are still on-sale for Star Wars: Secrets of the Empire at both Disney Springs and Downtown Disney.  More information can be found at The VOID website.

Why not check out this amazing new VR experience for yourself by planning a Disney getaway!?  Simply fill out our form below and a MickeyTravels agent will be in touch with your FREE, no obligation quote.