From storybook tale, to the classic animated film, to now a live action movie on the big screen, the story of Cinderella has been told in countless different ways. In 1950, the princess was brought to life in the most recognized version of the story, Walt Disney’s Cinderella. More recently, The Walt Disney Studios took the story again and changed it into a live-action remake, being one of the most popular movies of 2015. Let’s take a look at Cinderella 1950 vs Cinderella 2015! 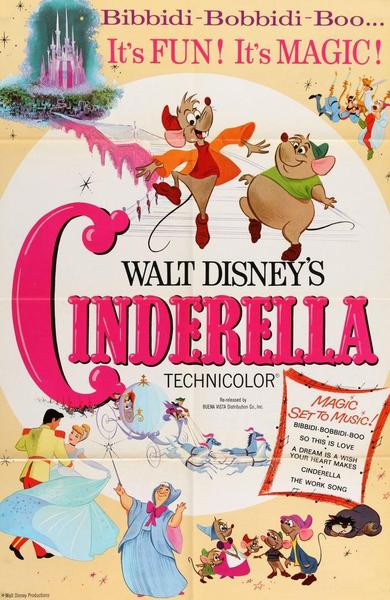 This retold story (keep in mind it’s been 75 years since the “original”) has once again been changed up to become its own version starring British actress Lilly James. Many Disney fans enjoyed the changes to this film, while others prefer the original. Listed below are some of the major differences between the two movies! 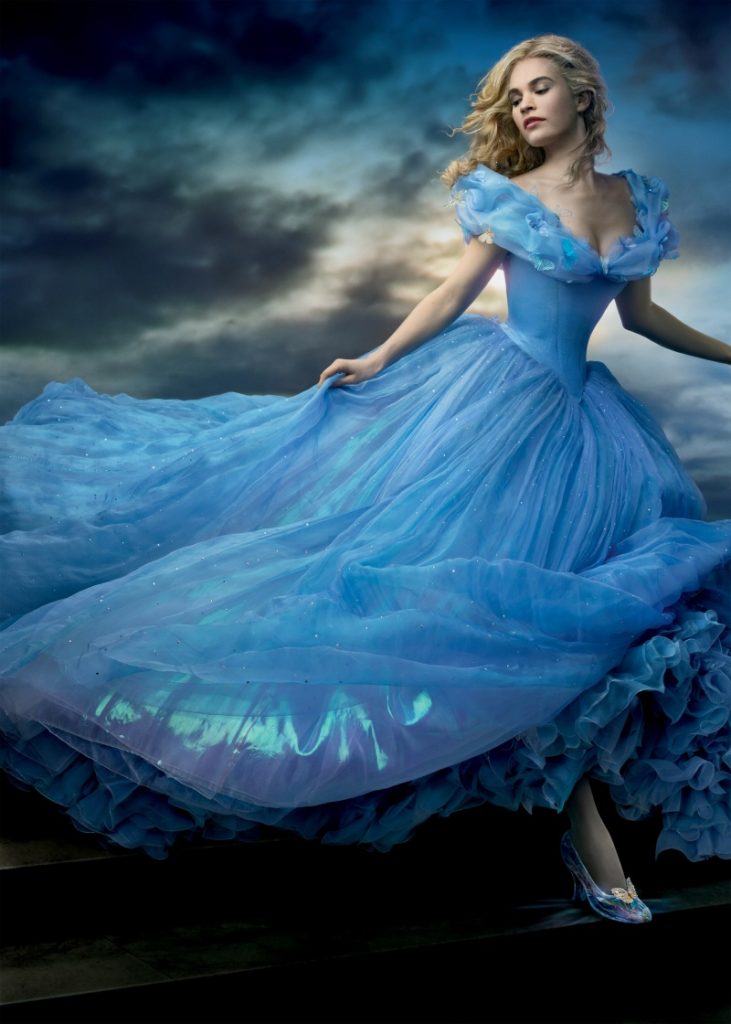 The biggest change between 1950 Cinderella vs 2015 Cinderella is the name change. In the 1950 movie, the princess’s first name is Cinderella. In the new version, her name has been changed to Ella. About halfway through the movie, Ella’s wicked step-sisters give her the nickname “Cinderella,” because she has cinder’s on her face from mending the fire.

This dramatically changed the entire storyline between the two movies. Now, when children go to meet Cinderella at any of the Disney parks, they often ask her why she still goes by Cinderella (the name her wicked step sisters gave her), instead of her “real” name, Ella. It truly happens! 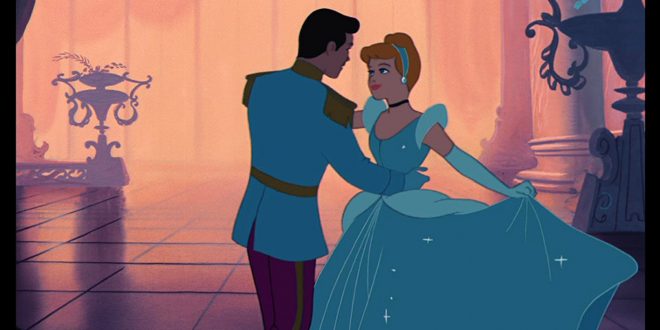 Another major difference in Cinderella 1950 vs Cinderella 2015 is when the prince is introduced. In the first movie, Cinderella does not meet Prince Charming until she first arrives at the ball. They start dancing without having said a word to each other! In the second movie, the audience is given a better introduction to Prince Charming, known to friends and family as Kit.

Ella meets Kit while horseback riding in the woods, and after parting ways both Ella and Kit cannot stop thinking about each other. The prince holds a royal ball, hoping Ella will attend so he can see her again. In the original film, the King holds the royal ball so his son can find a princess to marry. People seemed to have liked this change, as it made the film have more emotion and gave the prince’s character more detail throughout the story. 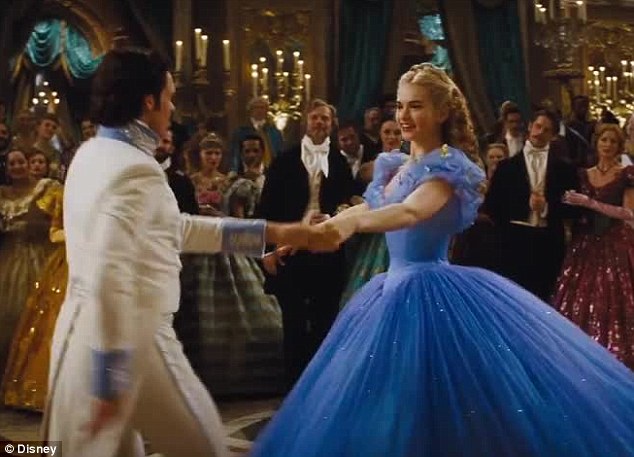 Ella’s parents also played larger roles in the new live action film. They were introduced in the beginning of the movie, and although Ella’s mother and father both died shortly into the movie, Ella constantly was thinking about what her mother and father would do. She was always reminding herself of how her mother told her to “have courage and be kind.” 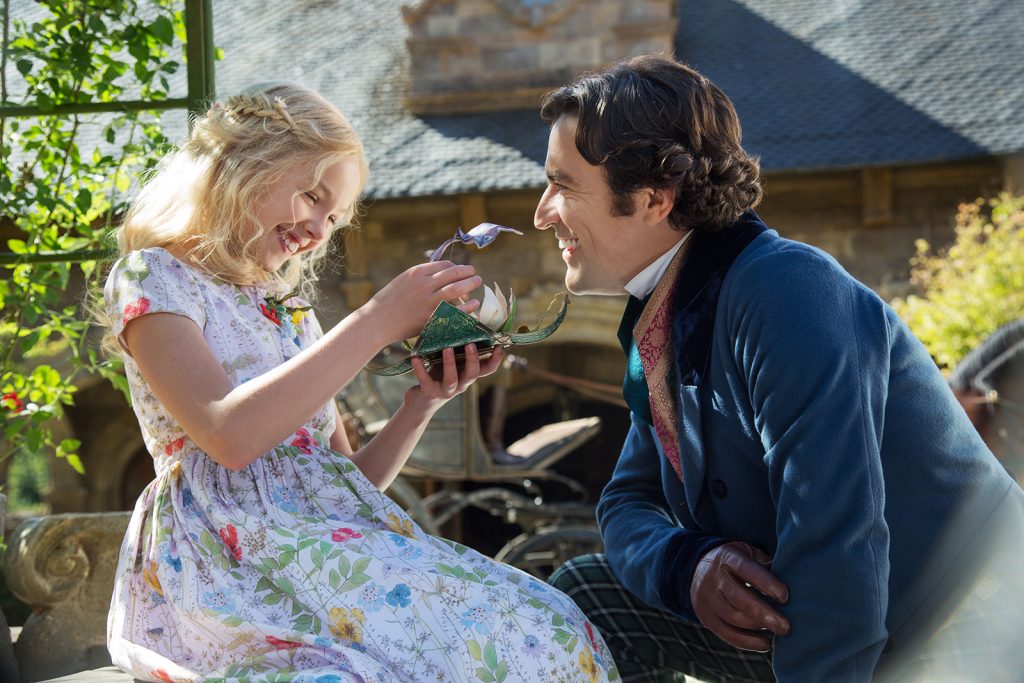 This was not in the original film whatsoever, but it was a nice added touch as this line is now often quoted. In the 1950 Cinderella, Cinderella’s true mother was not mentioned once, and her father was shown for about 30 seconds. Overall, this change in the story added at least a good ten minutes to the beginning of the 2015 Cinderella film. 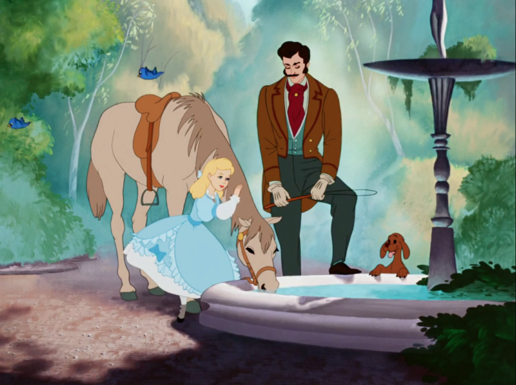 A plot twist added to the end of the new, live action film was when Kit secretly hid within the royal guard. He went from house to house on the hunt for Ella. He didn’t reveal that he was there until they reached the very last house. At this point, the Duke (who’s character also changed drastically, in an evil way) was going to leave Lady Tremaine’s house after the step sisters had tried on the shoe, even though another girl was heard upstairs singing.

This was when Kit knew that Ella was being prevented from speaking up about being the mystery princess. Kit revealed himself by taking off his helmet and insisting the girl upstairs is also brought down to try on the glass slipper. Of course, the singing girl was Ella, the one he was looking for all along. The two have a special moment, accepting each other for who they are, and then they go off to get married. Now in the original movie, Prince Charming does not hide within the guard and go from house to house.

Anyone Know a Locksmith?

Cinderella is locked in her room by her step mother and she hears her sisters trying on the glass slippers. The mice and Cinderella’s dog, Bruno, fight for their lives to get the door unlocked so she can run downstairs to try the shoe on too. She came downstairs with her own shoe to prove she was the one the Prince was looking for. Then, the scene cut directly to the wedding. 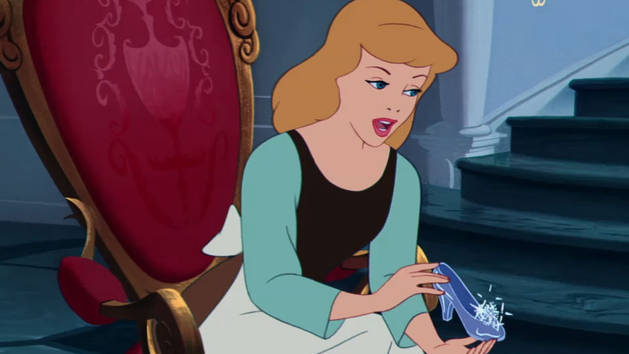 There’s musical differences with Cinderella 1950 vs Cinderella 2015 too. The live-action version of the film did not include any songs, besides Ella humming a few little tunes. On the other hand, the 1950 Cinderella would be considered a musical! In the original, there are at least five songs that have turned into many classic Disney hits. “A Dream is  a Wish Your Heart Makes,” “Cinderelly,” “Bippidi Boppidi Boo,” and “So This is Love,” are easily recognizable, often heard in different areas throughout the Disney parks.

Between both versions of the movie, Cinderella remained ever gentle and kind. She continued to have courage and faith in her dreams, and always found the strength to persevere. Cinderella is a character that has been around for many years, and her story will continue to be recreated for many more years to come, as she is a source of joy and inspiration to all.

So what do you think of the differences and similairites of Cinderella 1950 vs Cinderella 2015? Do you prefer one over the other? Let us know in the comments!

You can meet Cinderella and other great characters from the movies in Walt Disney World. Find out more here!