Disney World has multiple forms of transportation to help make traveling between parks and resorts easier – one of them being Disney’s Monorail. The Monorail is a popular form of transportation at Disney World, with over 150,000 daily riders. The Monorail system opened at Walt Disney World in 1971 with the Resort and Express lines and was expanded in in 1982 with the Epcot line.  Walt Disney had hoped that the monorail would spark a U.S. trend of future transportation, but it never really took off outside of the parks.

Disney’s Monorail lines span 14.7 miles and currently have 12 monorail trains which are identified with different colored stripes. The colors are peach, teal, red, coral, orange, gold, yellow, lime, green, blue, silver, and black. Each train consists of six cars and is approximately 203 feet long and can hold 360 passengers. The trains travel on a 26-inch-wide beam and run on electricity so they are environmentally friendly. Disney’s monorail’s maximum speed reaches 40 mph and the trains are run on an automatic system with a pilot to supervise in case of emergency.

For first time users the Monorail can get confusing which is why we’re here to provide you with the ultimate guide to the Disney World Monorail system. Now you can be a pro on your next vacation to Walt Disney World! 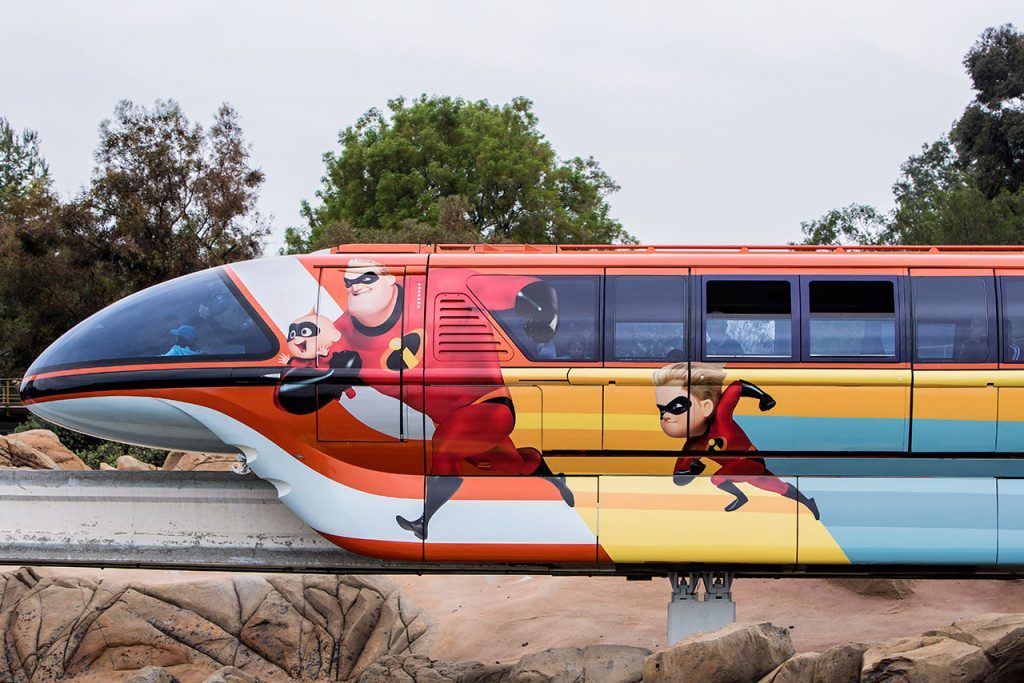 How Does it Work?

The Disney World monorail system is made up of three lines: the resort, the express, and the Epcot line.

The Resort Monorail stops has 5 stops and runs on a continuous loop. The

The Express Monorail goes directly back and forth between Magic Kingdom and the Transportation and Ticket Center.

The Epcot Monorail goes directly back and forth between Epcot and the Transportation and Ticket Center.

The monorails begin operating 30 minutes before the earliest park opening and stops operating an hour after the last park closes.