When people think of Disney characters, five main ones come to mind: Mickey, Minnie, Donald, Pluto, and Goofy. Out of these five, Goofy is the most unique. Mickey and Minnie are mice, Donald is a duck, and Pluto is a dog. However, Goofy is something else. He is actually a cross between a human and a dog. Though this fact is somewhat known among the general public, there are several other very unknown facts about Goofy. 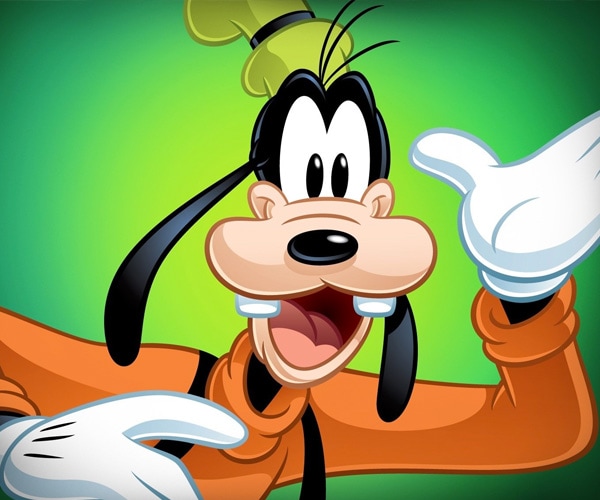 The original voice of Goofy was voice actor Pinto Colvig. He also portrayed the original Bozo the Clown on TV in the 1940’s. In addition to these roles, Colvig has voiced Bashful and Grumpy in Snow White and the Seven Dwarfs, and even Pluto! In addition to Colivg, other actors such as Hal Smith, Will Ryan, Tony Pope, and Bill Farmer have all voiced Goofy. Since Colvig, Farmer has voiced Goofy for the longest time, voicing him in over 60 titles. In addition to Goofy, Farmer also started voicing Pluto in 1990, a role he still holds today. 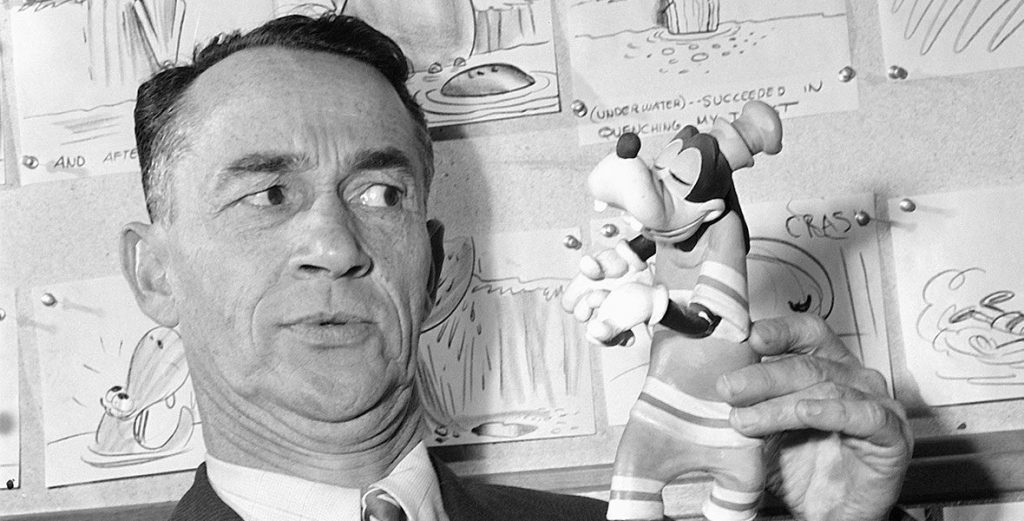 Believe it or not, but Goofy’s original name in 1932 was Dippy Dawg. This character even had a different look. He was more redneck and backwoods then. He was renamed and redesigned to Goofy, this character more closely resembling the Goofy we know and love today. In the 1950’s, however, he was renamed to George Geef. He resembled an “Everyman” or an everyday man, and this character appeared in shorts where he tried to overcome common everyday problems that people faced during this time. After the “Everyman” era, Goofy finally became the Goofy that everyone knows today. 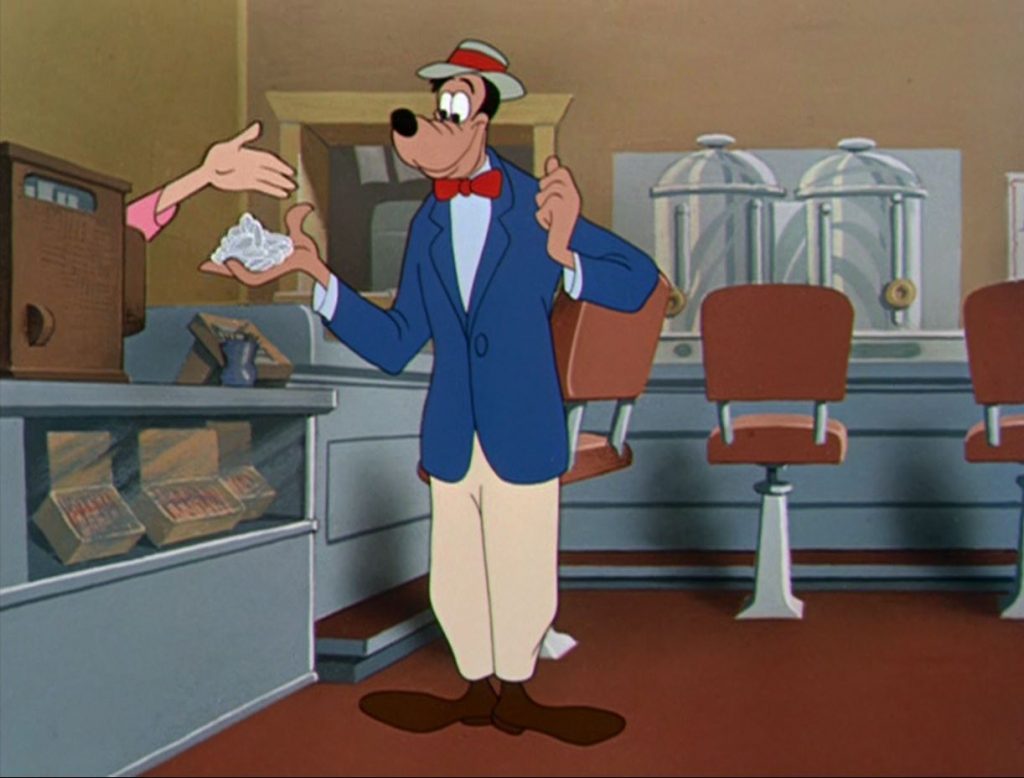 The Wilhelm Scream is one of the most used sound effects in all of film history. Interestingly enough, there is a “Goofy” version of this. The Goofy Holler appears in almost every Goofy film whenever he takes a large fall. It also appears in several other Disney films such as Cinderella, Bedknobs and Broomsticks, The Rescuers, and The Hunchback of Notre Dame.

Disney and Pixar are well known to put easter eggs or cameos in almost every one of their films. Goofy is no exception. Although he has many starring and supporting roles, he also has roles that are less significant, but very interesting. He makes full appearances in Who Framed Roger Rabbit, Flubber, The Lion King 1 ½, and Saving Mr. Banks. He also makes hidden appearances in The Little Mermaid and Aladdin. 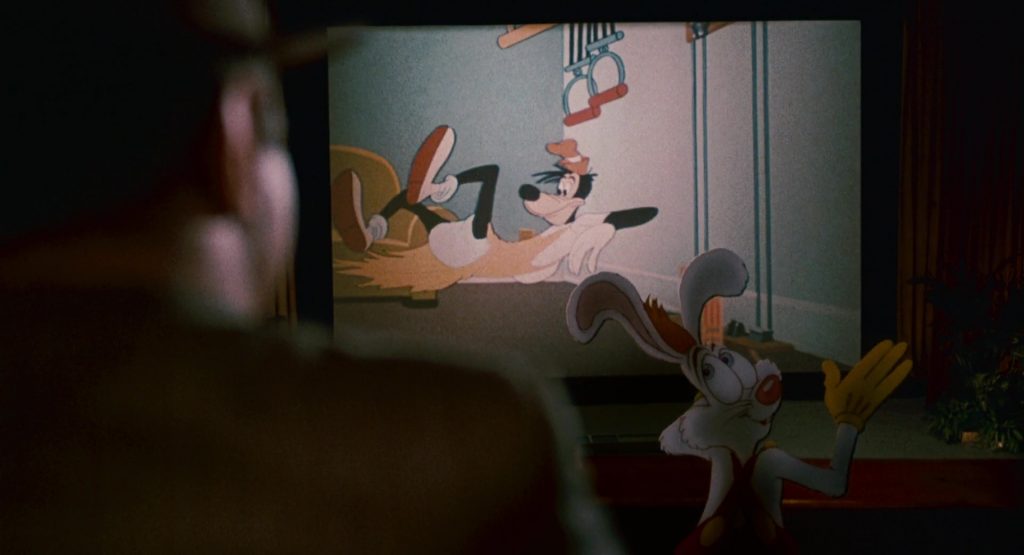 Goofy is the only main Disney character to have a son. Many believe that Goofy has a son, Max, to make him appear more adult-like and appeal to older audiences. Max’s modern iteration first appeared in 1992, in the TV series Goof Troop. Although he originated in the 50’s as Goofy Junior, he now appears in many films, usually alongside Goofy, as Max Goof. 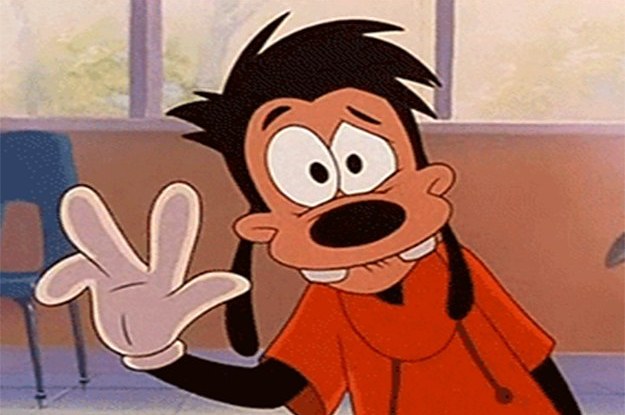 Goofy In The Parks

Goofy is known to be clumsy and silly, but he is also known to be awkwardly tall. Disney animators once claimed that Goofy had size 18 ½ shoes. Obviously, Disney casting agents want people who play Goofy in the parks to fit the role. Therefore, the minimum height to play Goofy in the Disney parks is six feet. These people also have to get used to wearing size 18 ½ shoes! 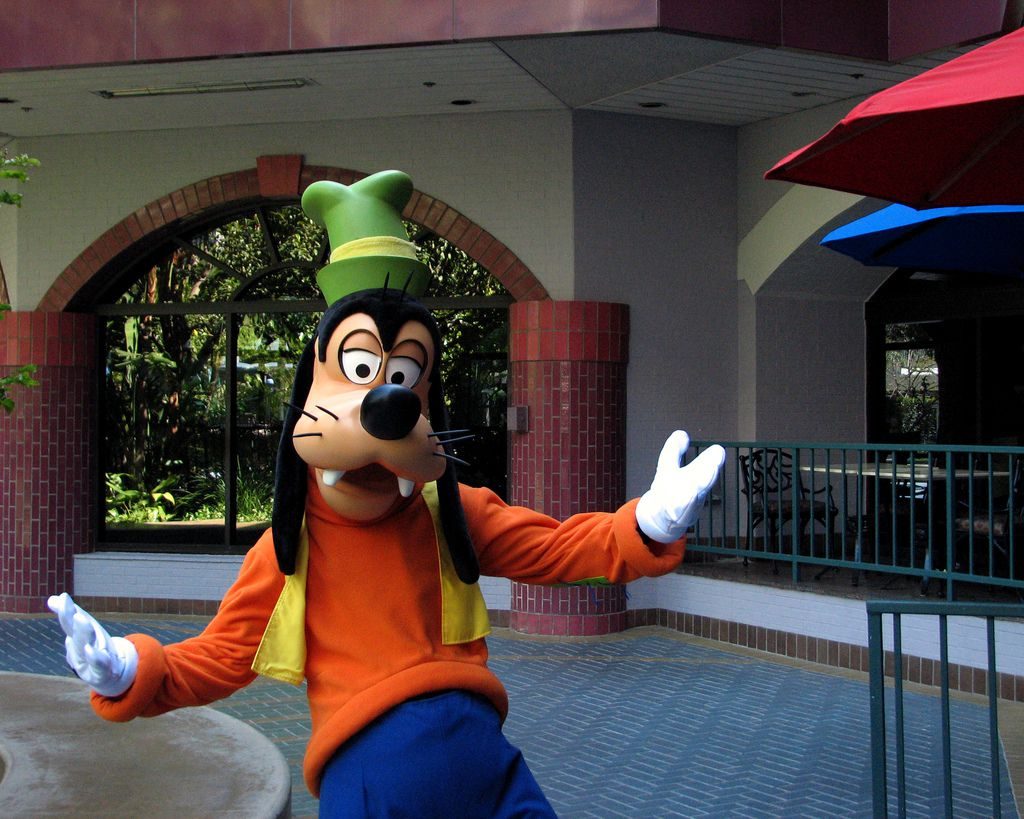 Goofy sure is unusual, and there are many facts that people don’t know about him. Despite this, he is one of the most beloved Disney characters. There are likely many other secrets pertaining to Goofy, some we may never know, and some we have yet to find.  Know any fun facts about Goofy? Let us know in the comments!