I am happy to report that the Volkskunst Clock and Craft shop has finally reopened in Germany.

A staple of the pavilion since it opened, its great to finally be able to walk between Die Weihnachts Ecke and Volkskunst again. 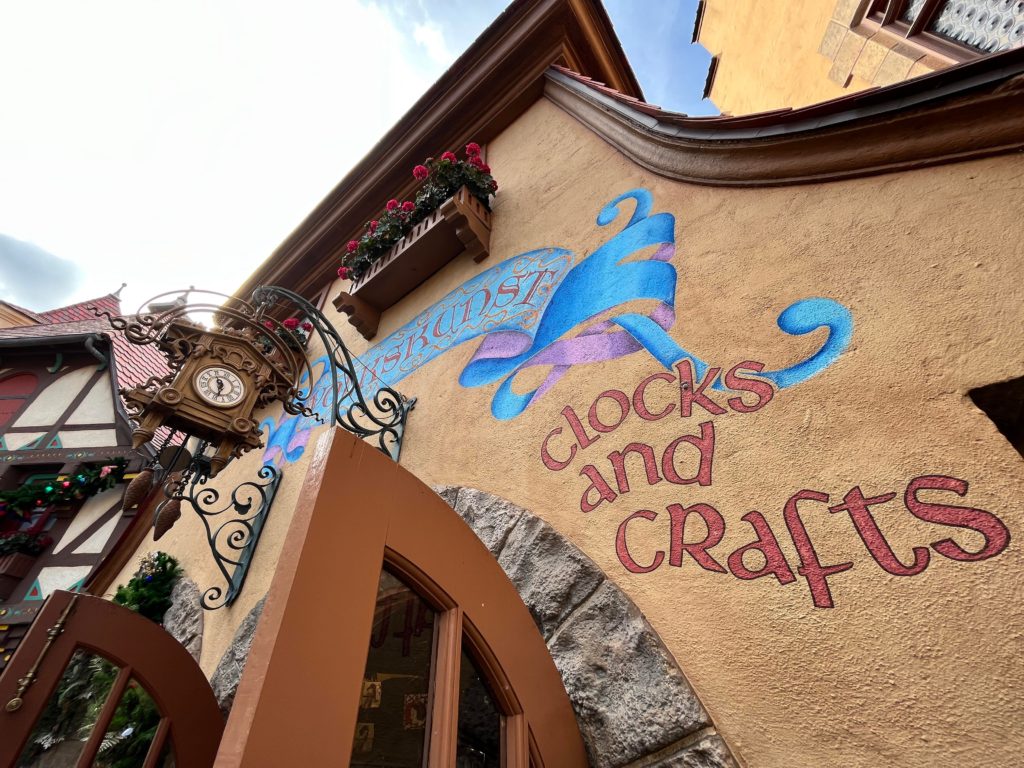 For those of you who don’t know, Volkskunst has been closed for nearly three years. True to its name, the shop has previously sold cuckoo clocks and hand crafted souvenirs.

While guests will surely rejoice that the shop has finally reopened, when visiting today, we noticed that the merchandise offered inside has changed drastically. Let’s take a tour of Volkskunst and see what we can find! 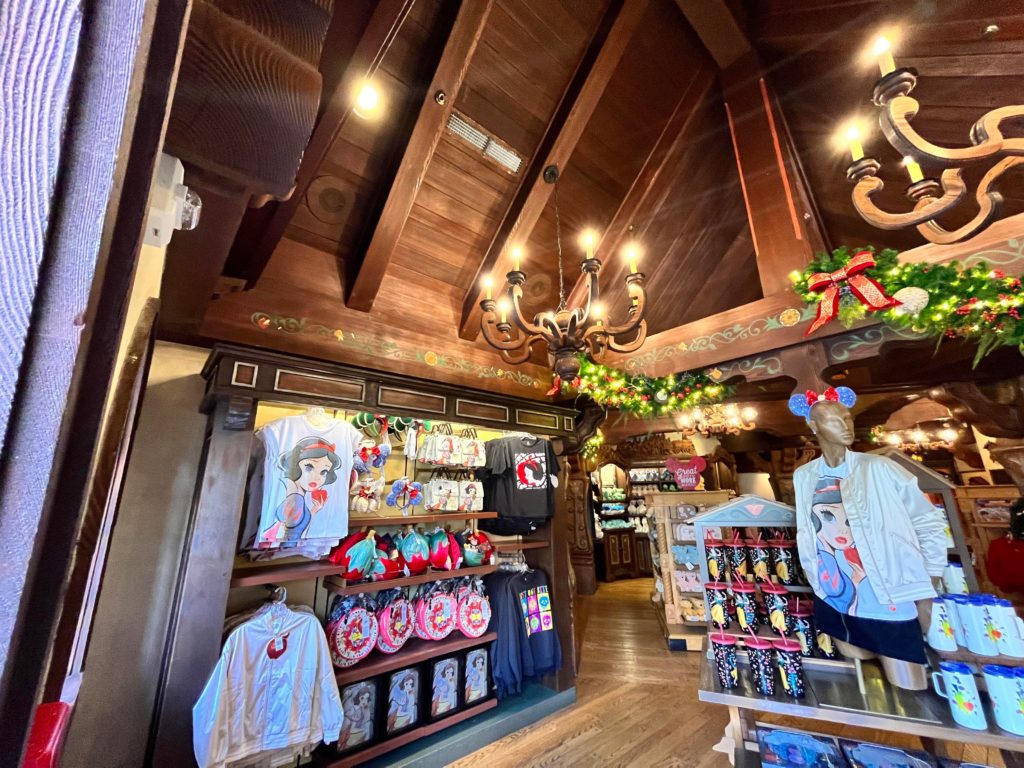 Disney’s Snow White and the Seven Dwarfs now permeates a large part of Volkskunst. The movie is based on the German Brothers Grimm fairytale, so it makes sense that the princess would call the Germany pavilion home. 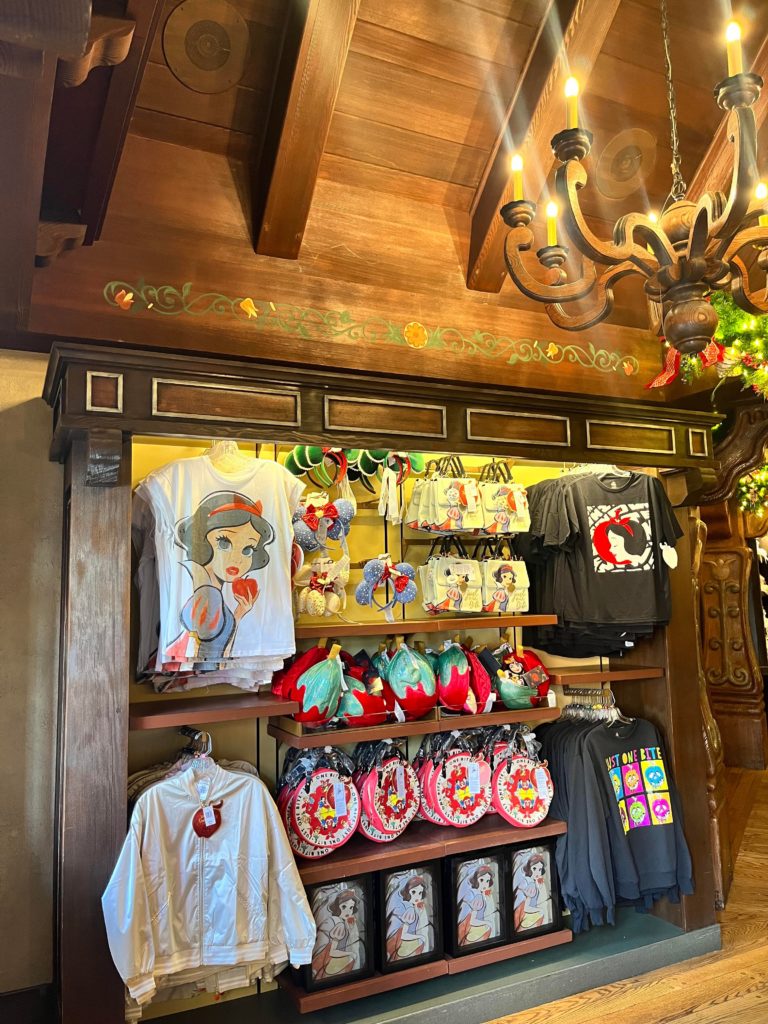 One of the coolest things we found in the store, was this new Sleepy figure. 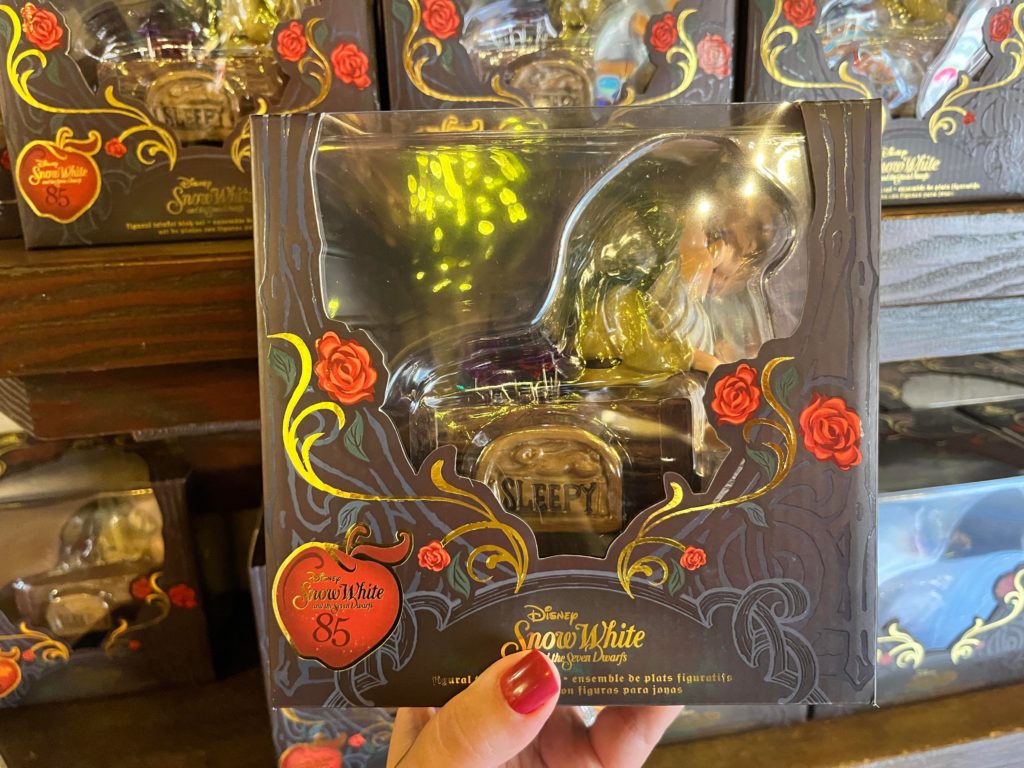 This adorable wood figure not only features the drowsy dwarfs sitting on a mine cart, which also serves as a holder!

This Sleepy figure is part of the Snow White and the Seven Dwarfs 85th Anniversary line, and can be purchased for $29.99! 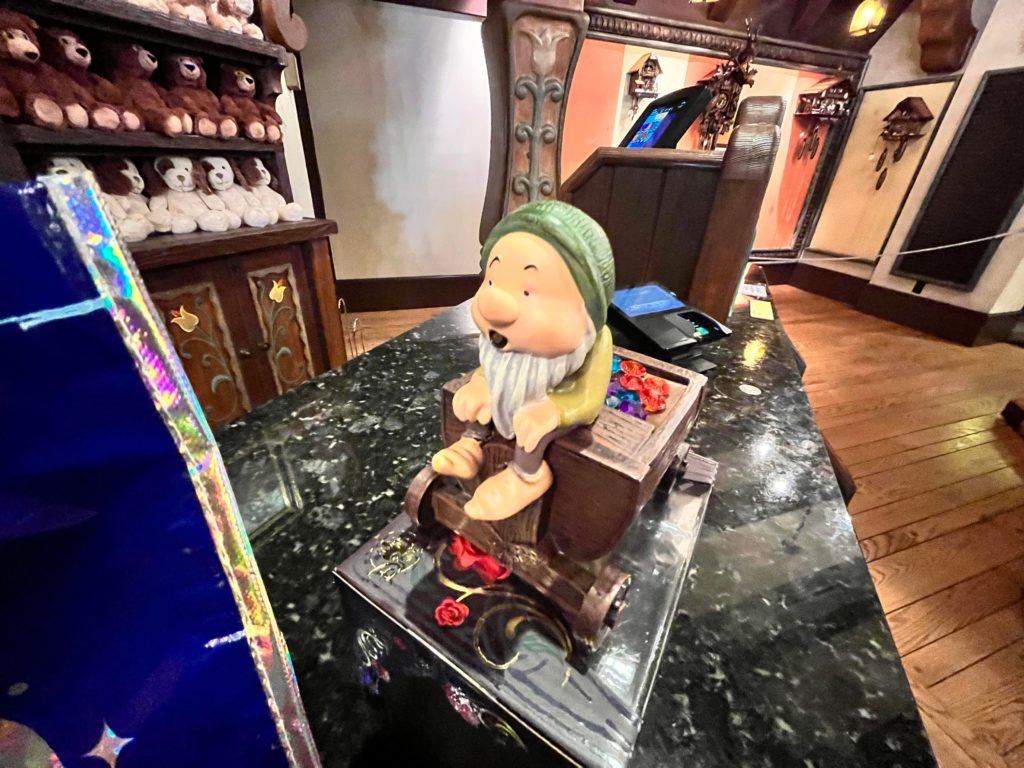 Elsewhere in Volkskunst, we found all kinds of apparel including these new Snow White Shirts! One shirt features a stylized Grumpy and features the clever pun “Grumpily Ever After”. 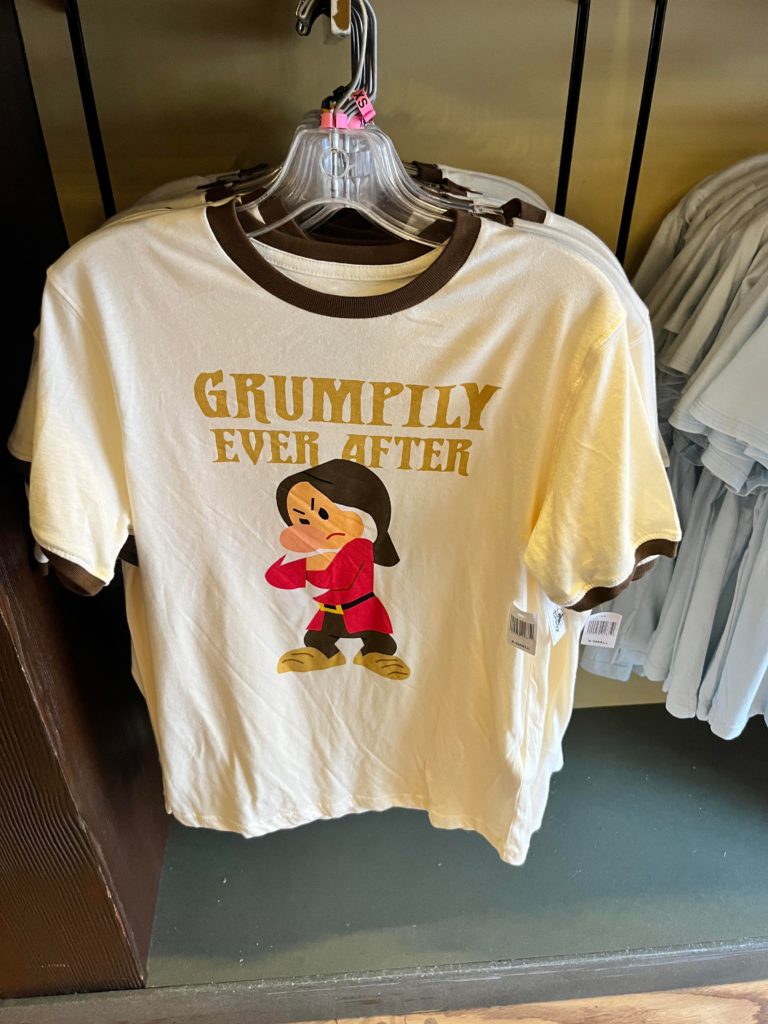 The second new shirt features Snow White herself, and says “Make Your Wishes Comes True”. Both of these shirts feature unique versions of the characters! 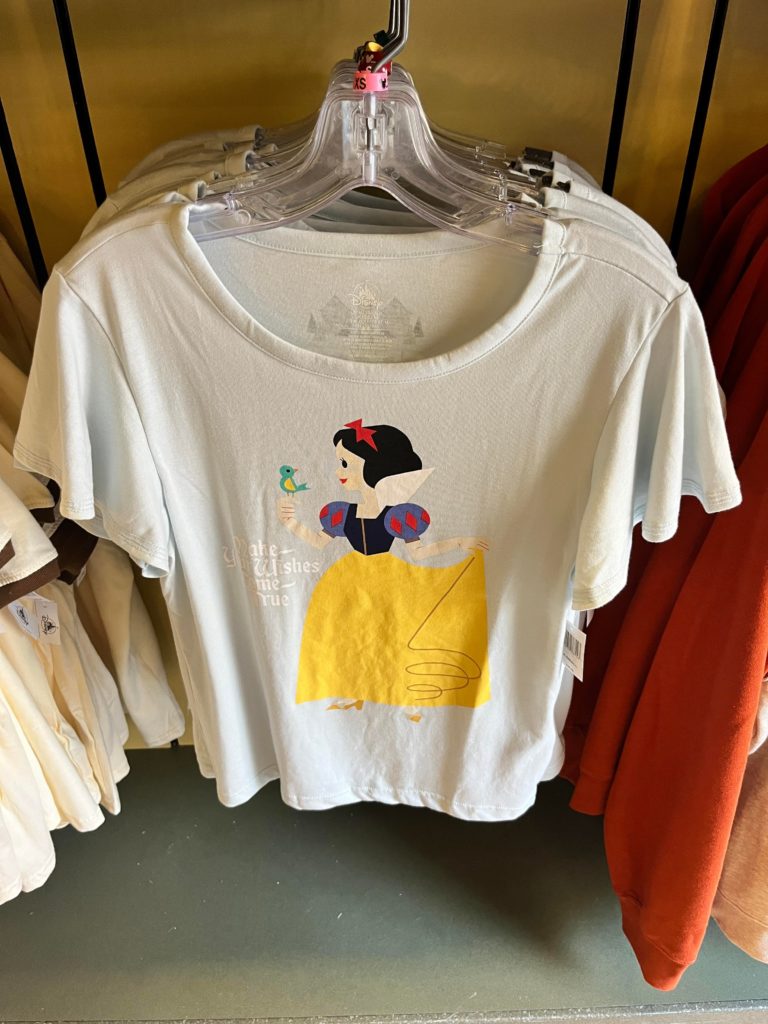 One of my favorite things about World Showcase, is the pavilion specific merchandise that you can find. Luckily for me, the reopened Volkskunst has new Germany pavilion items! 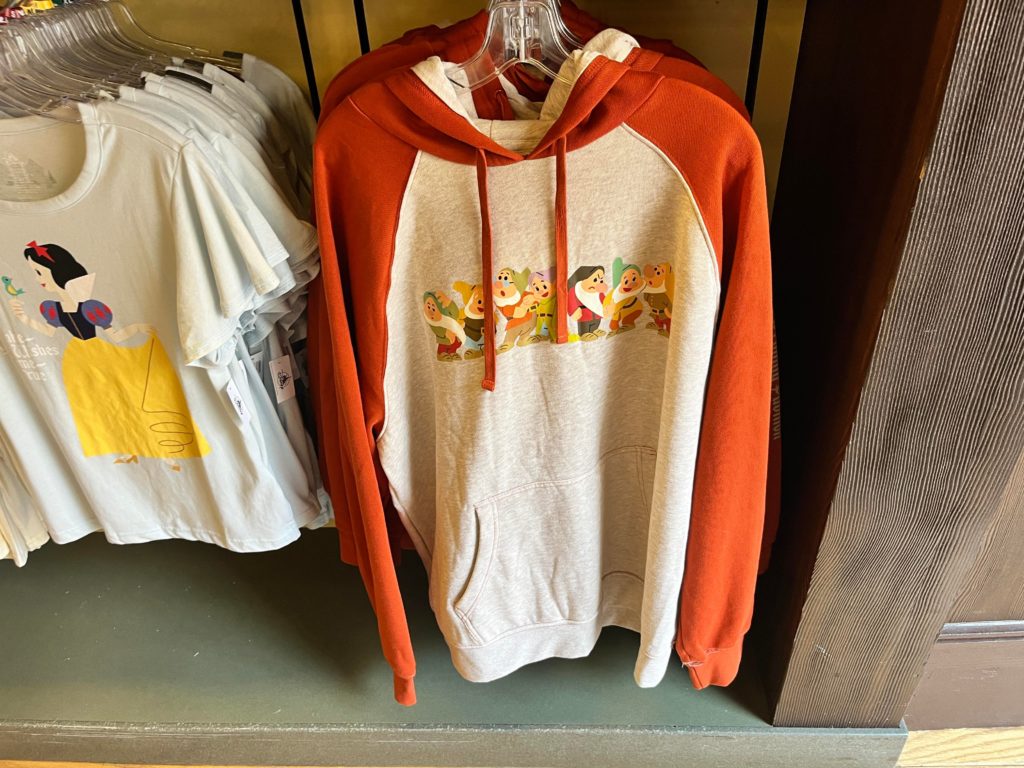 Keeping with the new Snow White theme of the shop, this Germany pavilion shirt features all Seven Dwarfs across its front.

I really love the color scheme and animation design on this shirt! 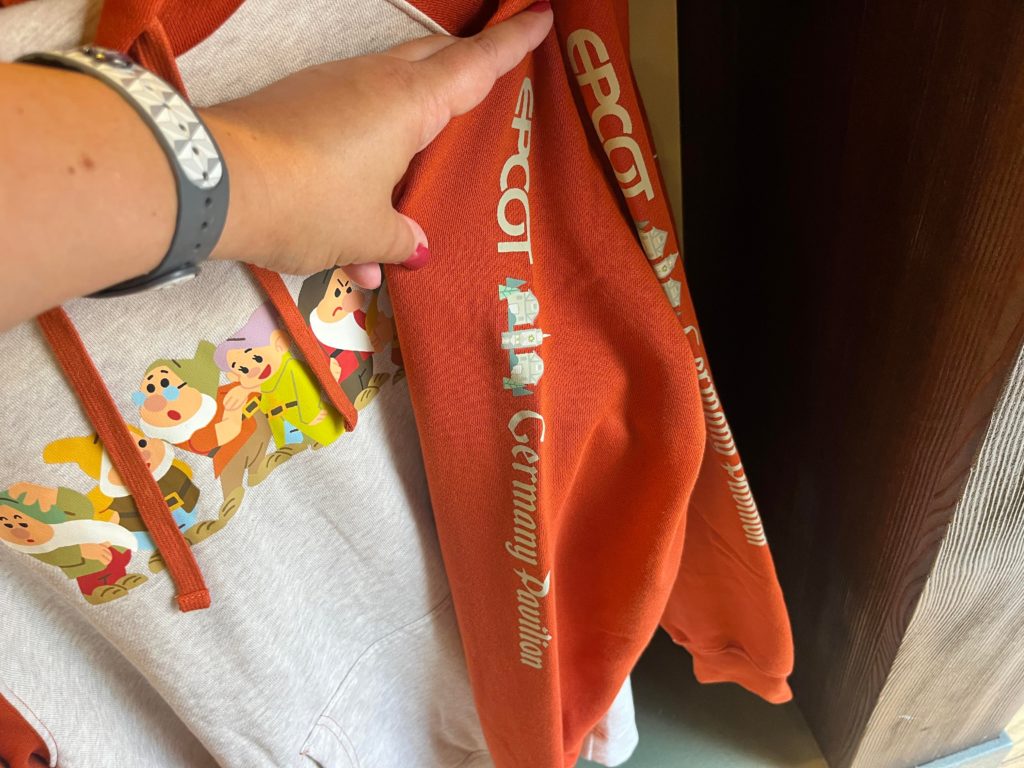 If you are visiting Germany with your little ones, be sure to stop by the pavilion’s Kidcot Fun Stop. The location of this kids craft area has been relocated back into Volkskunst.

Now that Volkskunst is open again, all eyes turned to the still closed Der Teddybär. Right now the hall connecting the two shops is sealed by a fake wall. 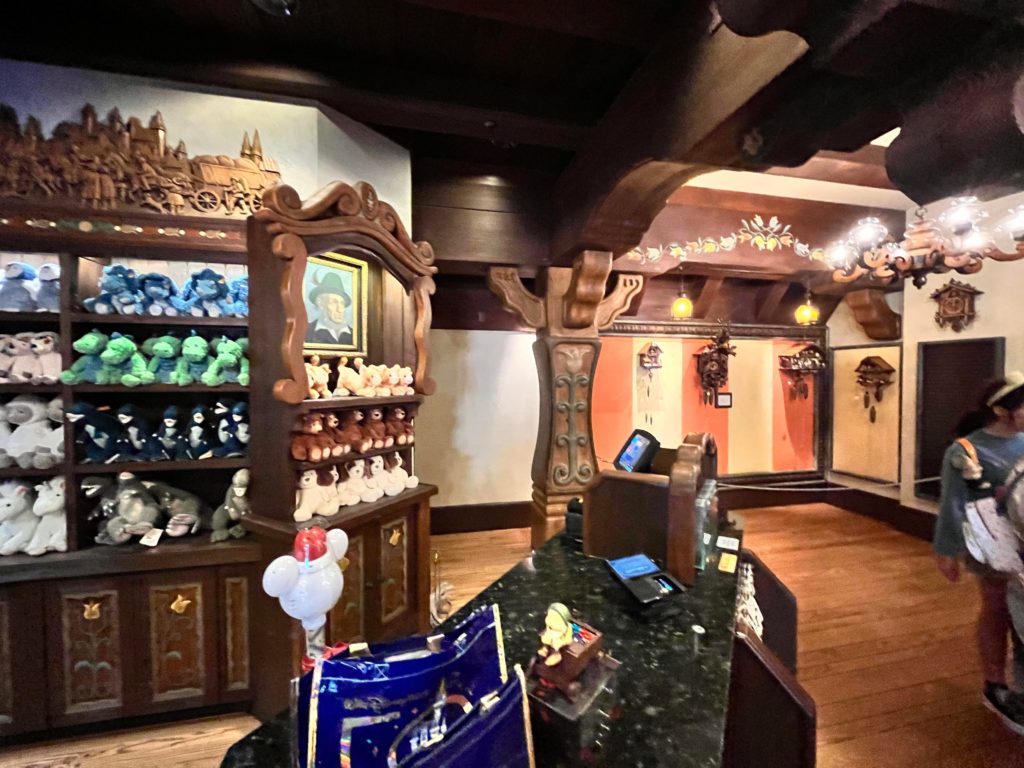