Now, Disney has introduced its most luxurious cruise ship ever. Here are eight reasons you should book the Disney Wish. 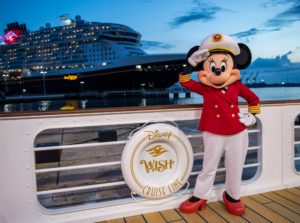 Have you ever imagined how Cinderella felt when she arrived at the ball? You’ll receive a strong idea of that moment when you board this ship.

Imagineers have designed The Grand Hall in tribute to Cinderella. As a result, this atrium is overflowing with loving acknowledgments of the Disney Princess. 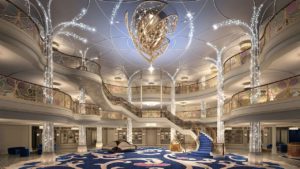 You cannot help but notice the biggest one, as the chandelier’s crystal takes on the color and appearance of Cinderella’s wardrobe in that iconic scene.

Meanwhile, her glass slipper resides in a case as the (lower) centerpiece of the Grand Hall. You’ll believe in Fairy Godmothers when you walk through this atrium. 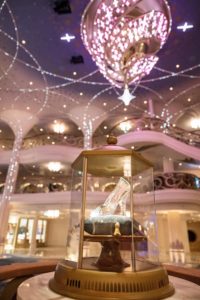 Water roller coasters have been a thing for a while now, but Imagineers never settle for the obvious.

Instead, they spruced up the Disney Wish’s water ride as the first legitimate Disney cruise attraction ever. 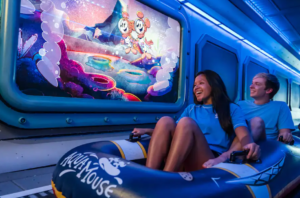 This ride takes you outside the confines of the ship, which is a disorienting realization while you’re in motion. There’s no ground beneath you, just the ocean!

Thankfully, you probably won’t even realize this until you’ve exited the ride. But then, the thought of what just happened will excite you so much that you hop back on board! 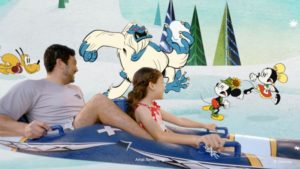 For me, the best part happens before the ride officially begins. Your raft sails through a room full of digital displays.

Each one shows a Mickey Mouse cartoon unfolding! You may have trouble deciding where to focus because there’s so much happening! 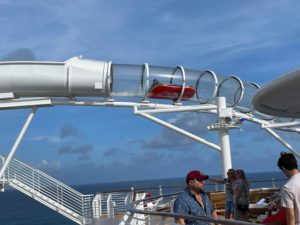 Parents, I know you love your children and want to be with them. Otherwise, you’d hire a babysitter for the week and cruise without your kids.

Since you’re not doing that, their entertainment is paramount to you. On the Disney Wish, your kids will feel like they’re vacationing in Disney Heaven. 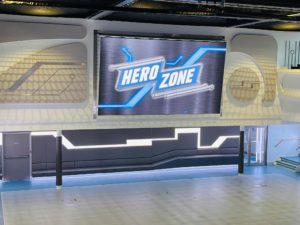 For example, the Hero Zone is a combination sports court and a game show competition. Families square off in Double Dare-esque matches.

Obviously, Disney went with The Incredibles theming due to the familial elements of this recreational facility.

Kids can do anything from playing basketball and air hockey to battling it out in obstacle course races. And their parents are welcome to try some of this stuff, too!

Speaking of your kids, if they’re between the ages of 3 and 12, they can visit The Imagineering Lab. Here, they’ll learn how Imagineers bring Disney stories to life. 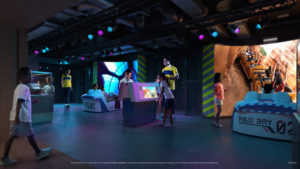 Specifically, kids throw on a brown hard hat and lab coat like Imagineers. Then, they learn about the inner workings of physics and how it relates to theme park design.

Scale models of structures like Cinderella Castle reinforce the fact that kids who develop STEM skills turn into adults who make magic at Disney theme parks. 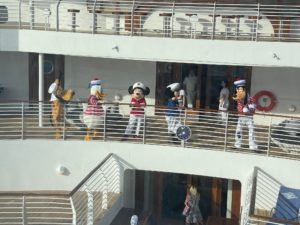 If Disney had anything like this when I was a kid, I would have become a cruise ship stowaway, abandoning my family and my home to live at sea on the Disney Wish.

I could write an entire list of activities your kids will love. However, I narrowed the list to three. This is the one I couldn’t bear to cut.

That’s because Disney Cruise Line is playing in the same space as the Play Disney Parks app.

When your child arrives on the Disney Wish, they can embark on Disney Uncharted Adventure.

This activity encourages families to explore the cruise ship and uncover some of its hidden mysteries. Your ultimate goal is to retrieve all the pieces of a Wishing Star’s magic. The game will guide you to specific locations, like the Upper Grand Hall on Deck 5.

From there, you must decipher a clue to determine where to point your spyglass (i.e., smartphone). Here’s a video of someone playing:

Disney wasn’t about to operate a state-of-the-art luxury cruise ship without adding some world-class entertainment.

Anyone who has sailed on a Disney cruise already knows that the stage presentations are as good as Broadway plays. 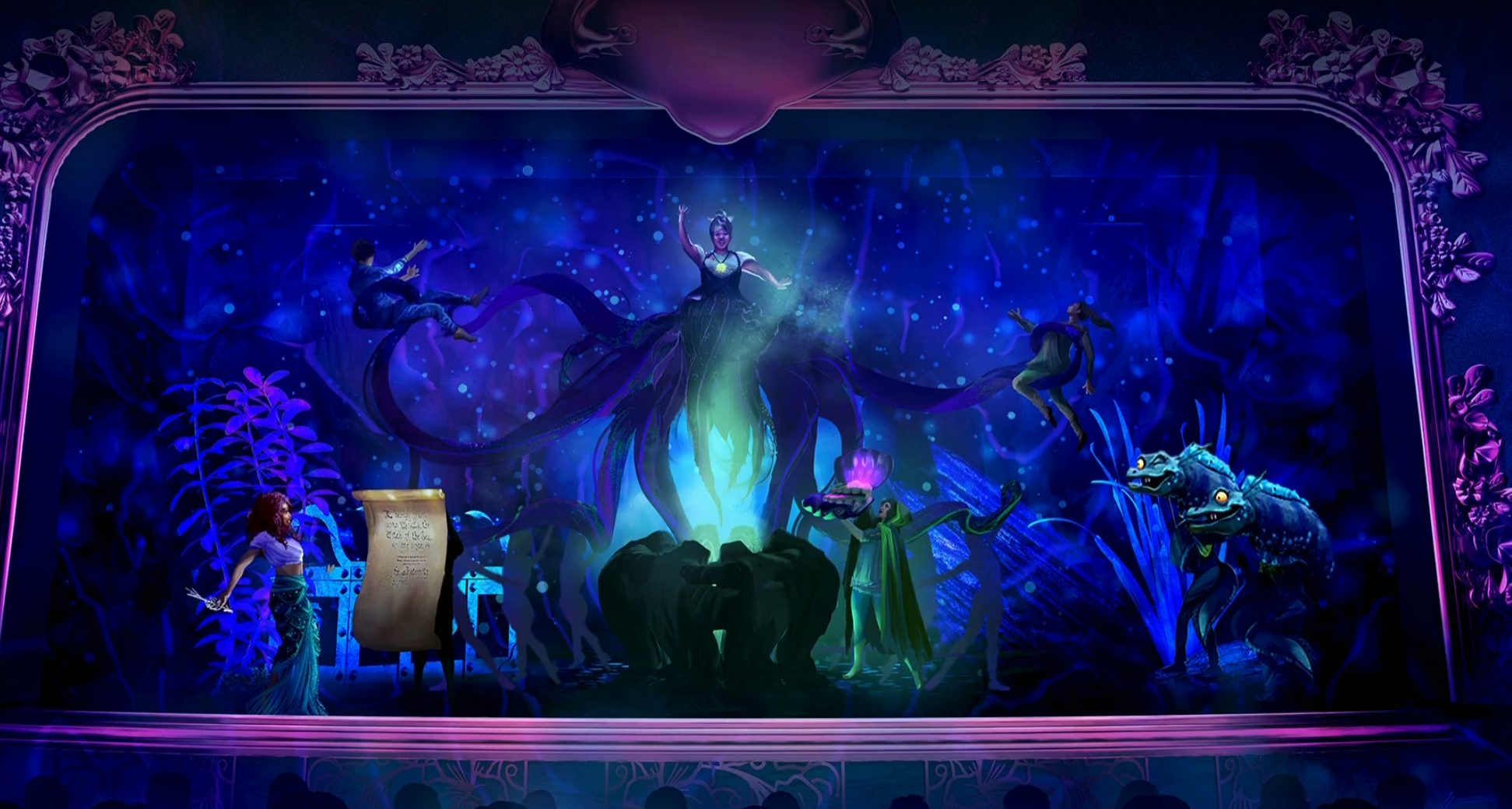 In fact, Disney sometimes hires the same performers who have held roles in its Broadway productions.

So, when you sail on the Disney Wish, you’re getting tickets to a pair of exceptional Broadway shows as well. They’re free with the cruise package! 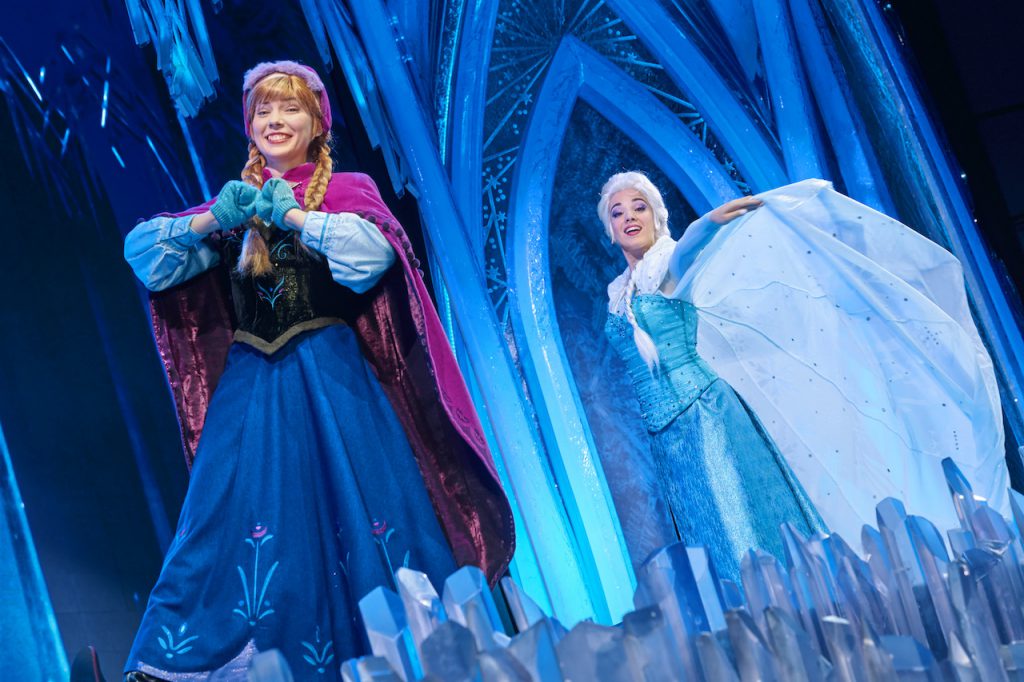 On the Disney Wish, the premiere attraction will be an Aladdin presentation, but it’s so advanced in nature that it’s not ready yet.

For now, you’ll have to “settle” for Disney Seas the Adventure. This performance watches Captain Minnie give temporary control of the cruise ship to Goofy.

While that may sound like a (delightful) tactical error, everything turns out okay. Plus, guests get to hear music from Frozen, Finding Nemo, The Princess and the Frog, and Hercules.

Disney cruise shows represent the gold standard in the industry and dwarf anything you’ve ever seen at the parks. They’re incredible! 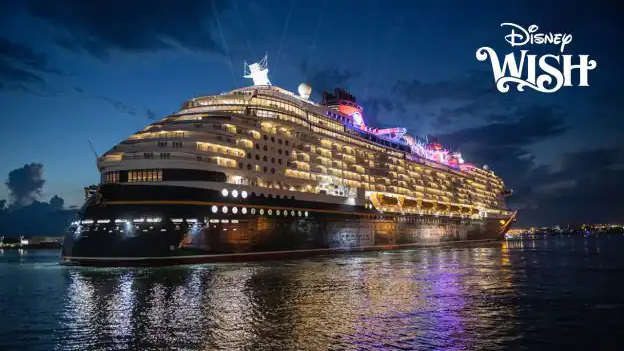 The Disney Wish comes with three default fine dining experiences. You’ll eat each one during your trip unless you specifically choose otherwise.

Two of the three restaurants celebrate Disney’s intellectual properties in an unprecedented fashion. 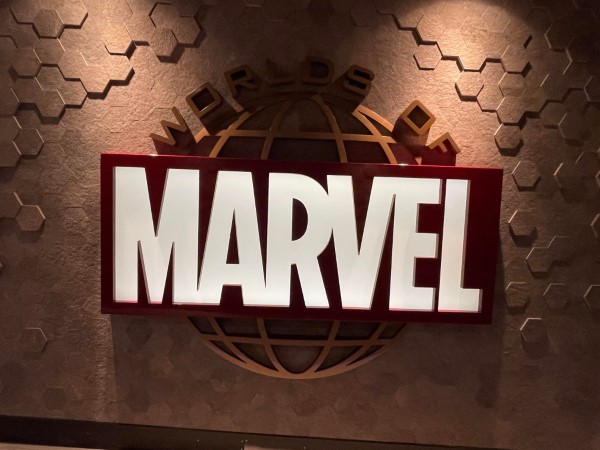 Highlights from various Marvel Cinematic Universe films play on these screens. But then, when your meal begins, something different happens. 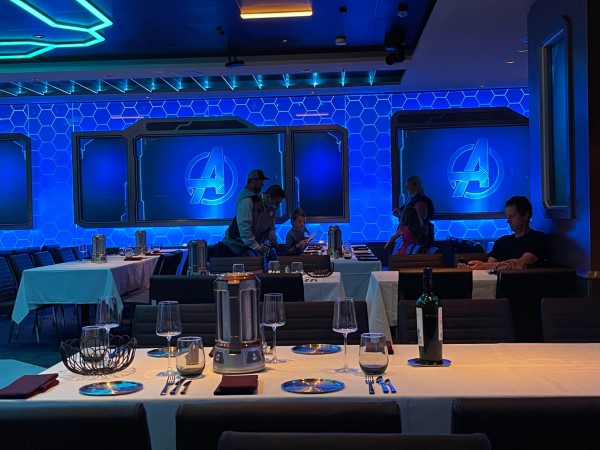 This trio and a couple of other Marvel heroes assemble to save a surprise location from an endless onslaught of Ultron bots. And the location is the Disney Wish!

This meal is unlike any you’ve ever had before and single-handedly justifies your entire cruise. But, then again, so does…

Every Disney fan shares one commonality. We love the Frozen franchise! 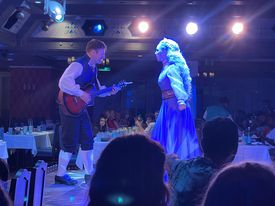 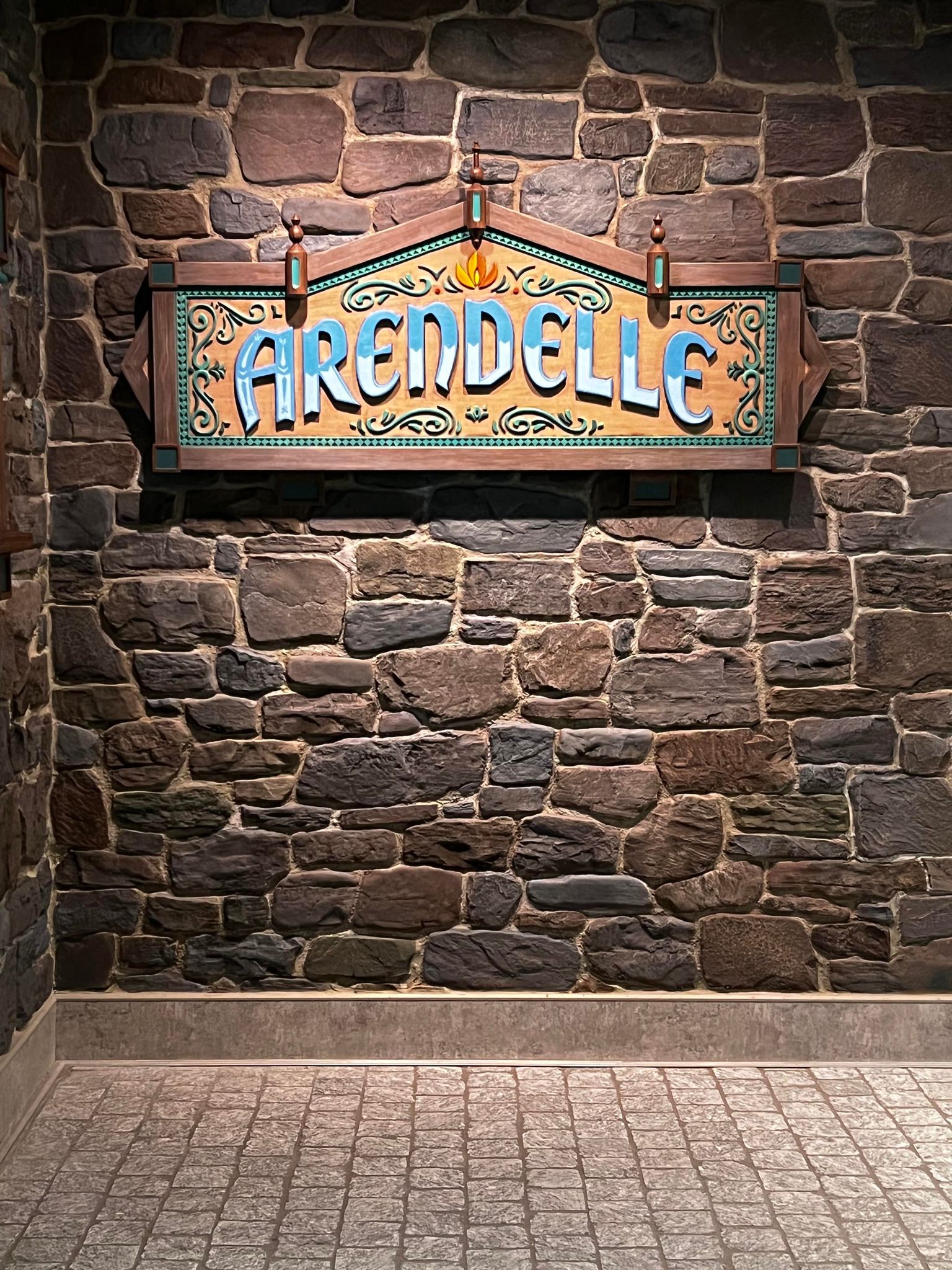 You’re an invited guest at a historic event: the betrothal of Queen Anna and Kristoff! Obviously, this night is a gala affair with Oaken hosting the ceremony!

There will be dancing and singing from a communal stage. So, there isn’t a bad seat in the house. 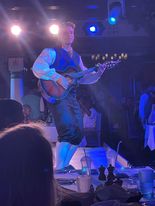 Plus, several members of Arendelle royalty like Anna, Elsa, and unofficial clown prince Olaf visit every table to say hello. Yes, a snowman comes to your table!

This magical meal is unlike anything you’ve ever experienced in your life. It’s the pinnacle of Disney cruise amenities right now. 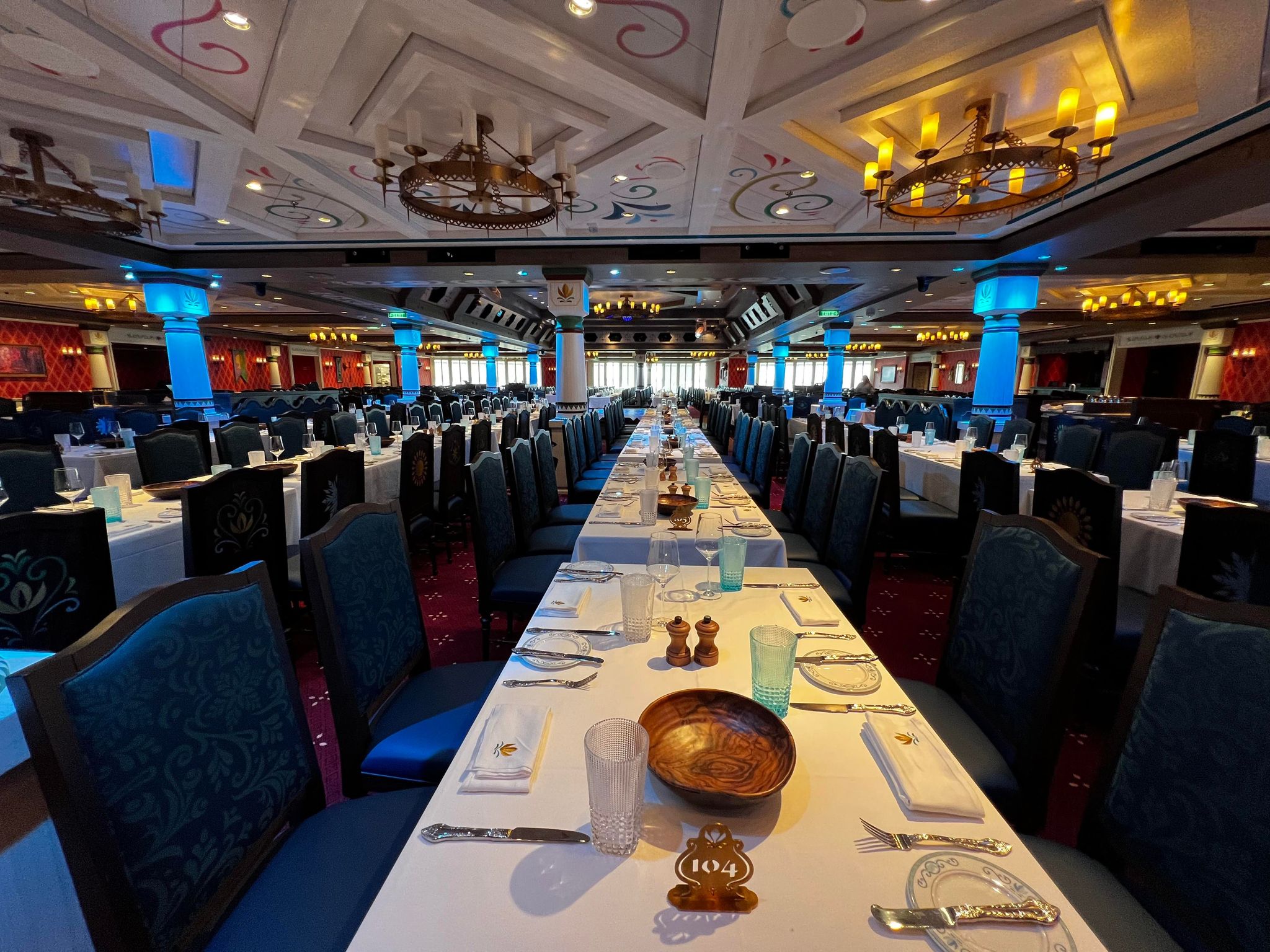 This show is pure joy, my friends!

As you can see, you need to book a cruise on the Disney Wish asap! Speak with a MickeyTravels agent to get set up with the vacation of a lifetime!