With an opening timeframe of Spring 2023 declared, construction on Tron Lightcycle/Run continues to accelerate. With much of the ride hidden indoors, the only glimpses that we tend to get of the attraction’s progress lie outside, and yesterday did not disappoint. 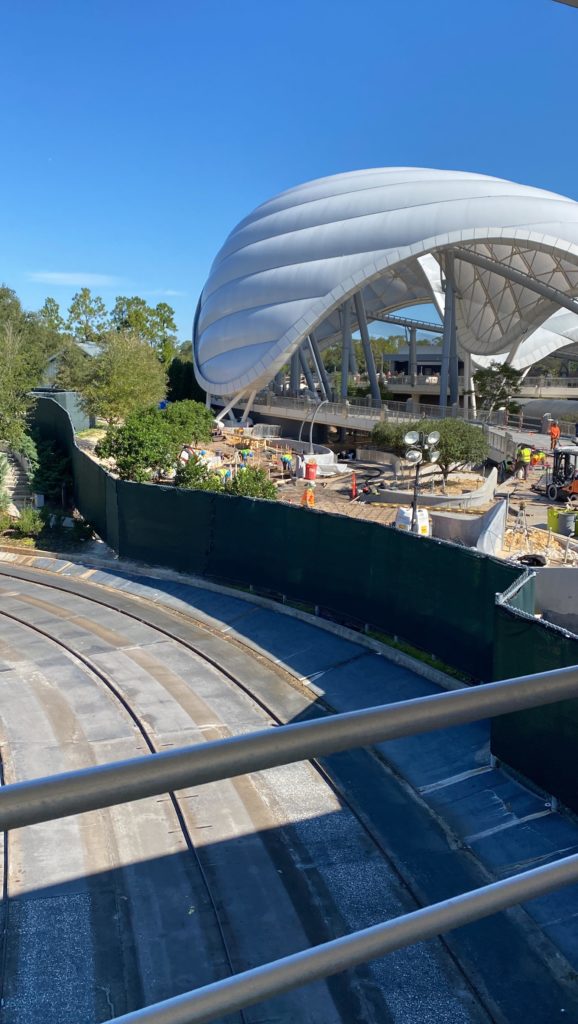 A number of new trees popped up around the perimeter of the ride. The new landscape additions find themselves nestled inside the wave-like concrete formations just under the attraction’s main walkway. 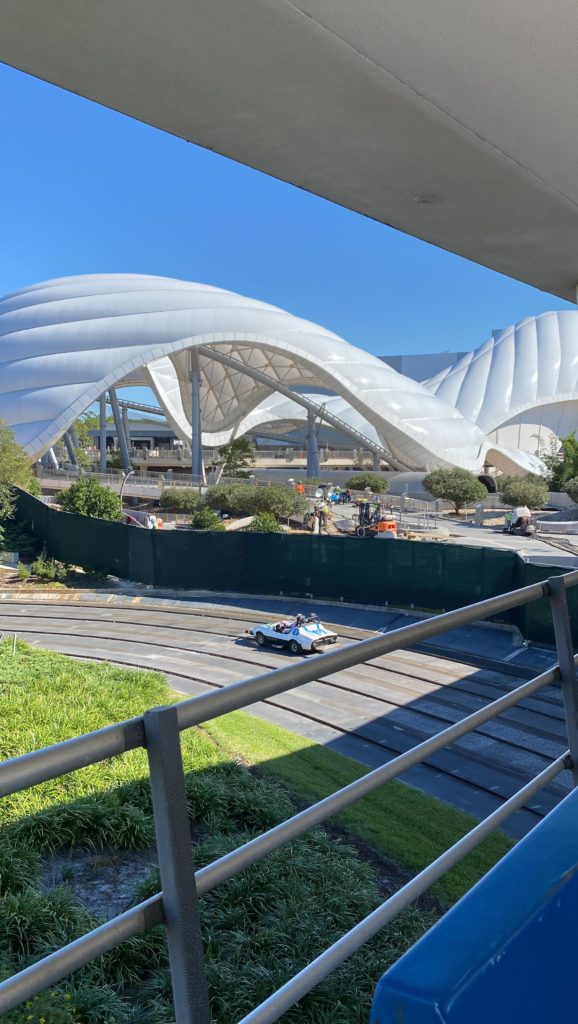 Certianly, once Tron Lightcycle/Run opens and the construction walls come down, the trees will serve as a way to blend the attraction space in with the previously existing track and landscaping for its next-door neighbor: The Tomorrowland Speedway. 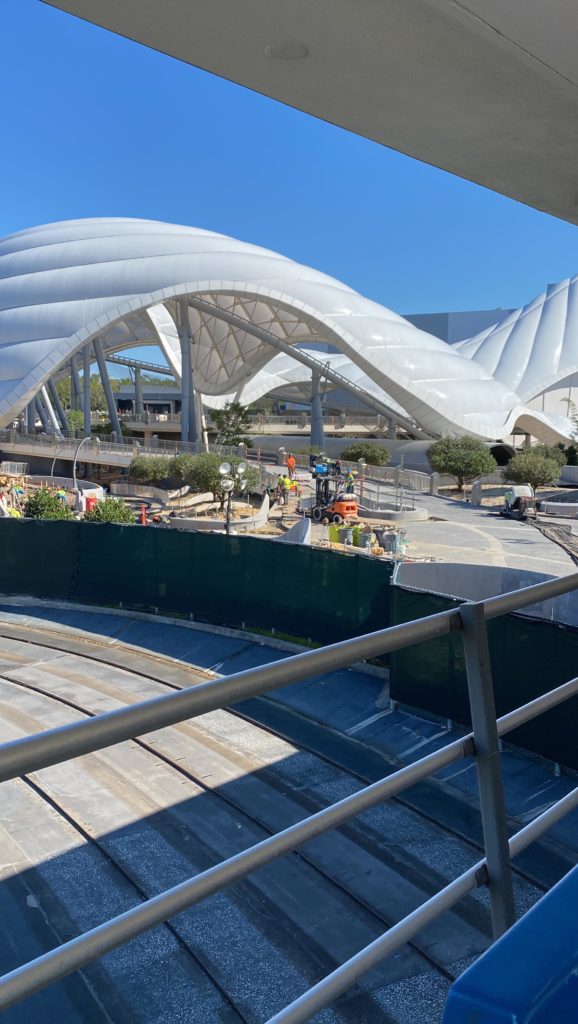 The same tree species also appears to be planted a bit further along the pathway. It’s unique short stature assuredly has a story behind why landscape architects and Walt Disney Imagineers chose this species for the space. 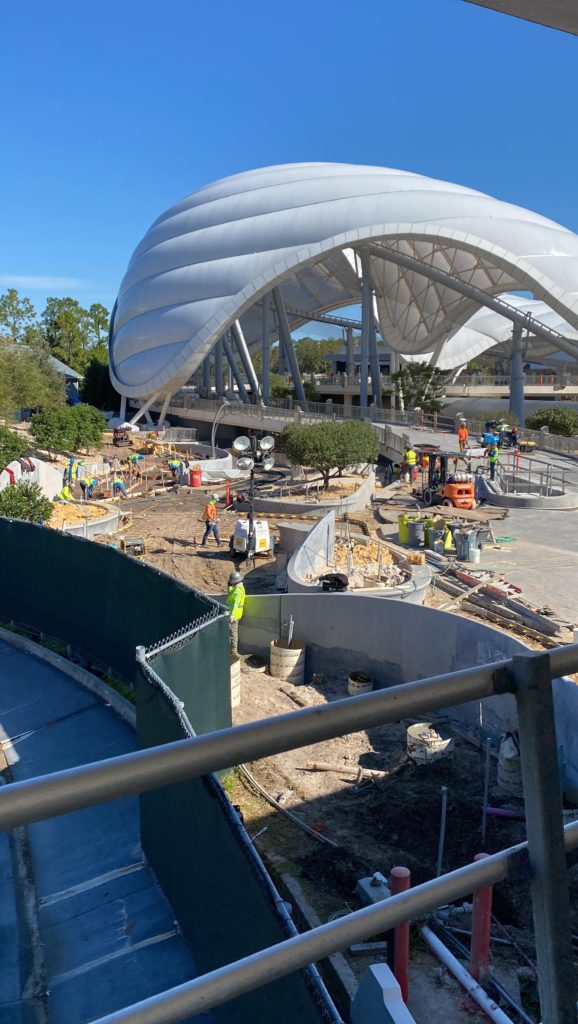 The artistic concrete details look like they will serve as a dividing line between the two attractions as well once the walls come down. The design of those walls seemingly ties the attraction’s incredible canopy into its landscaping too. 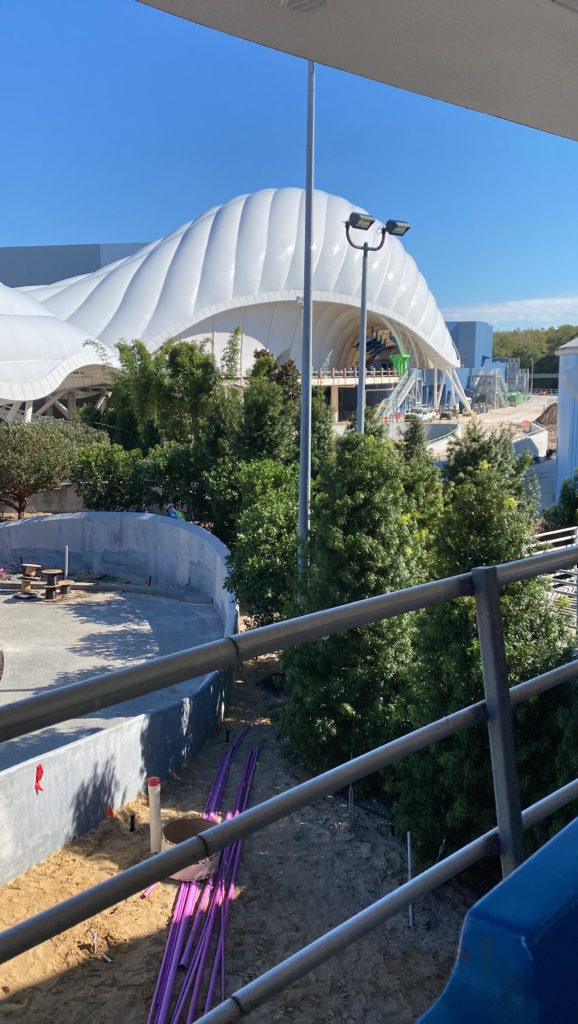 On the opposite side of the attraction’s main entrance, a series of enormous coniferous trees now line the retaining walls. Luckily, they are still short enough that we can catch a glimpse of the track is it descends into the station. 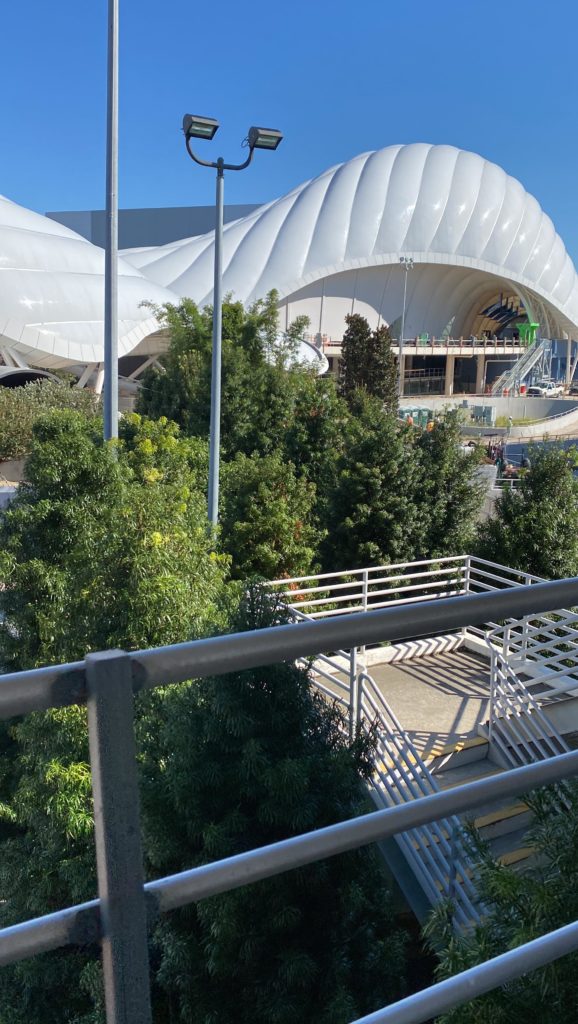 During our ride around the Tomorrowland Transit Authority PeopleMover yesterday, we also caught a glimpse at the work on the track for the Walt Disney World Railroad. 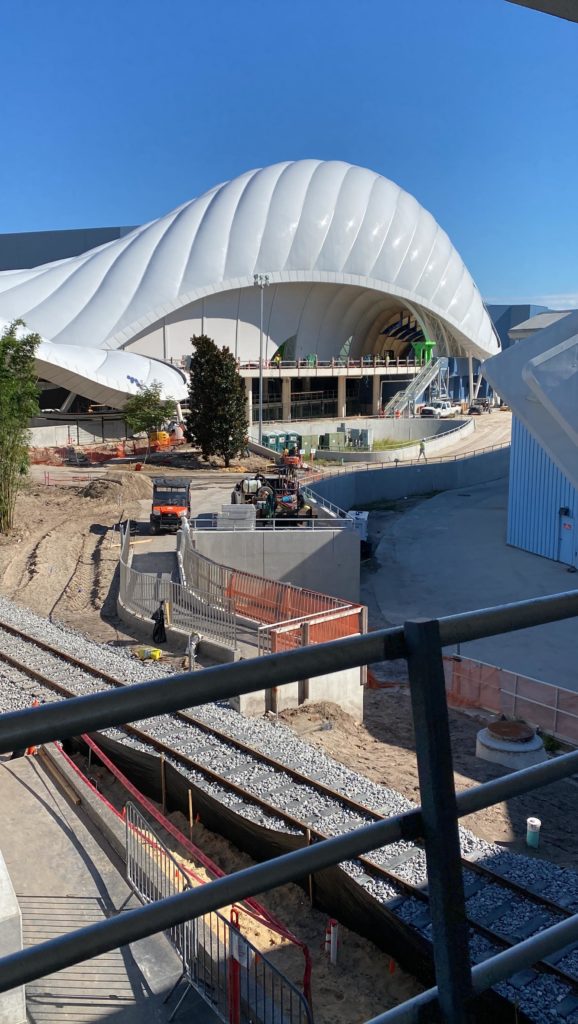 In designing Tron LightCycle/Run, Walt Disney Imagineers also had to reroute the beloved locomative. The new attraction required the space in which the train’s tracks previously ran during its trip around Magic Kingdom’s perimeter. 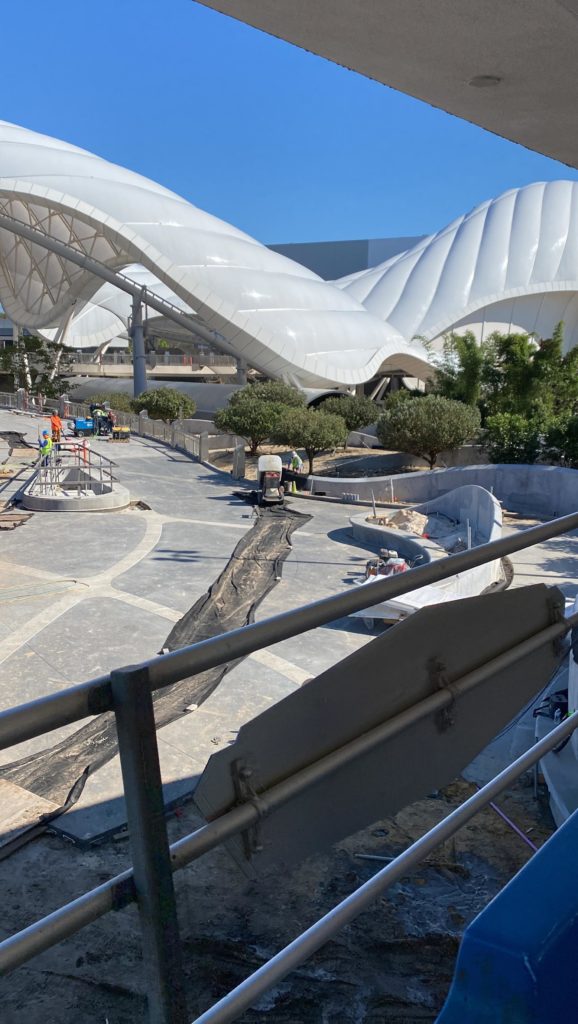 When it reopens, Walt Disney World Railroad will now travel through the tunnel pictured toward the back of this photograph, under Tron Lightcycle/Run’s winding rollercoaster track. 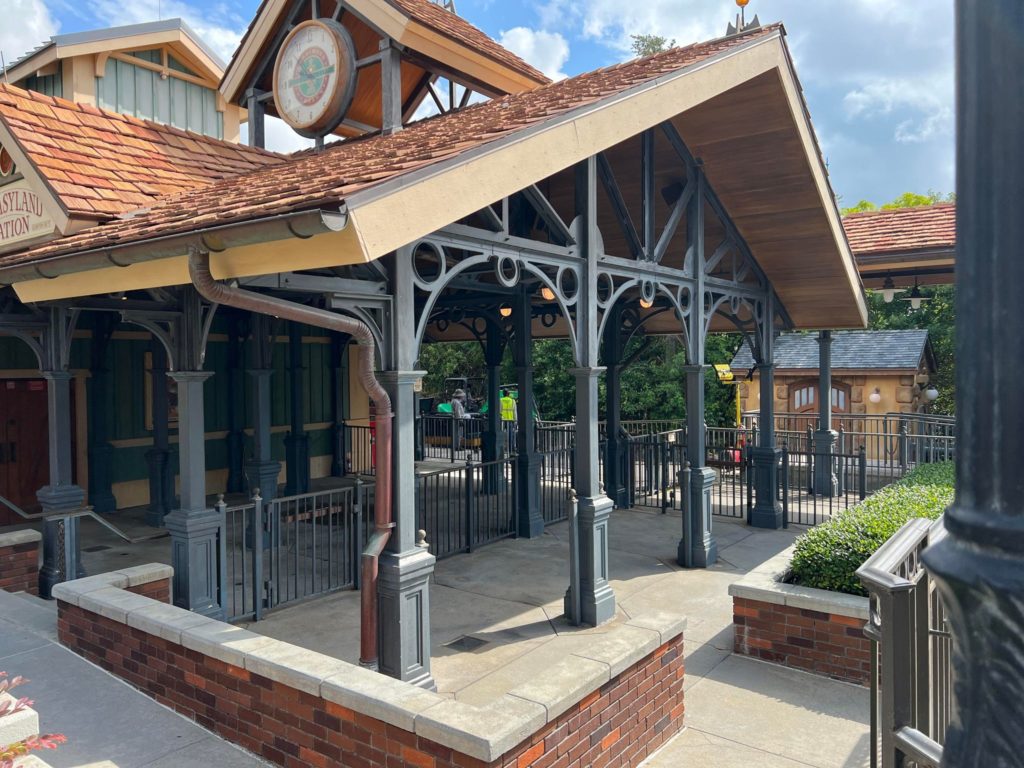 Over the past few weeks, we have heard (and seen) the locomotive taking practice runs on portions of the track. Hopefully, we will soon hear more about opening dates for both of these attractions.