Our EPCOT 40th Anniversary celebration continues with a visit to the American Gardens Theatre in the World Showcase where Disney is hosting an Anniversary show. 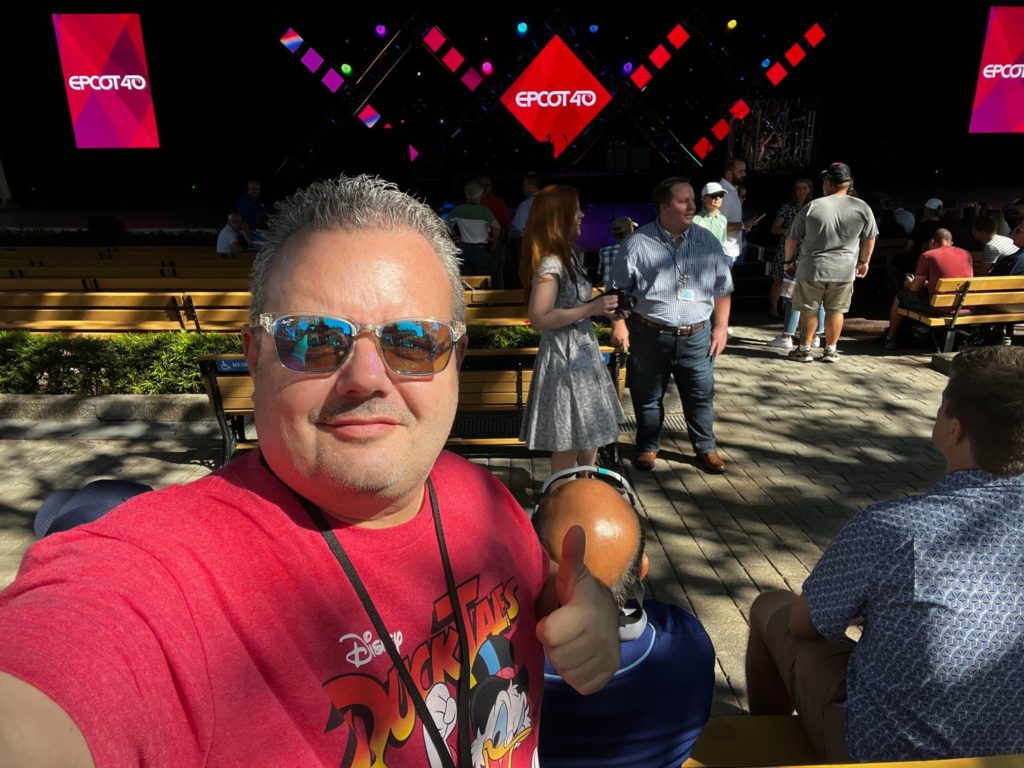 Here’s Greg giving our MickeyBlog readers a big thumbs up in front of the stage. 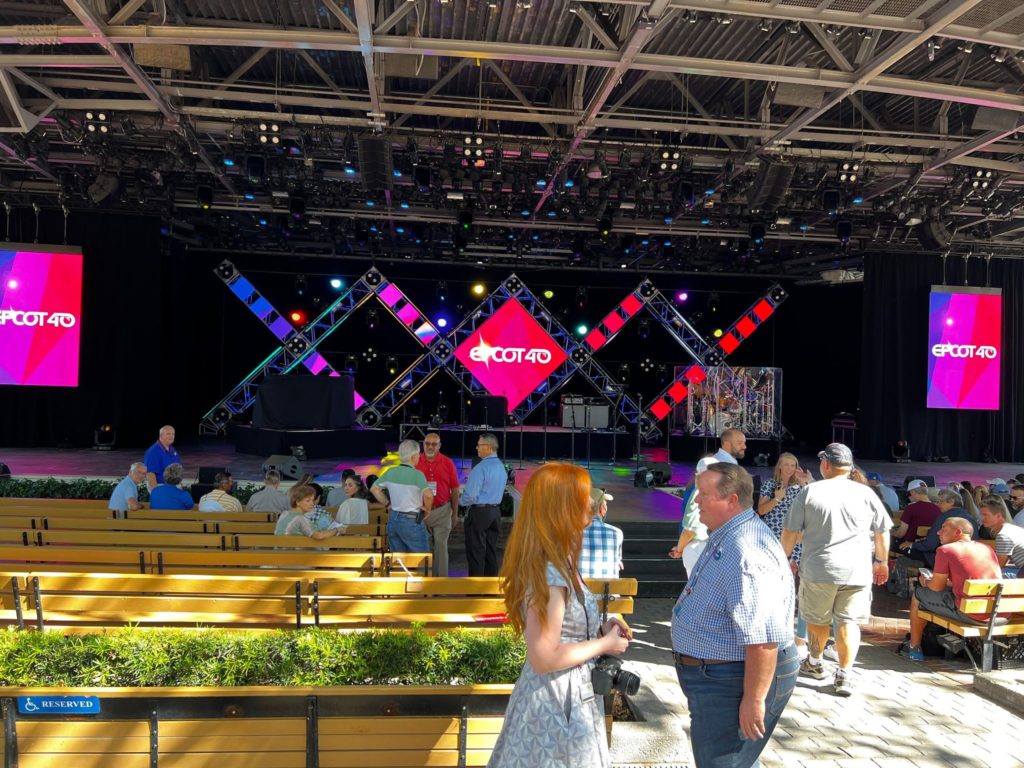 As you can see, the stage has been decorated for the celebration. 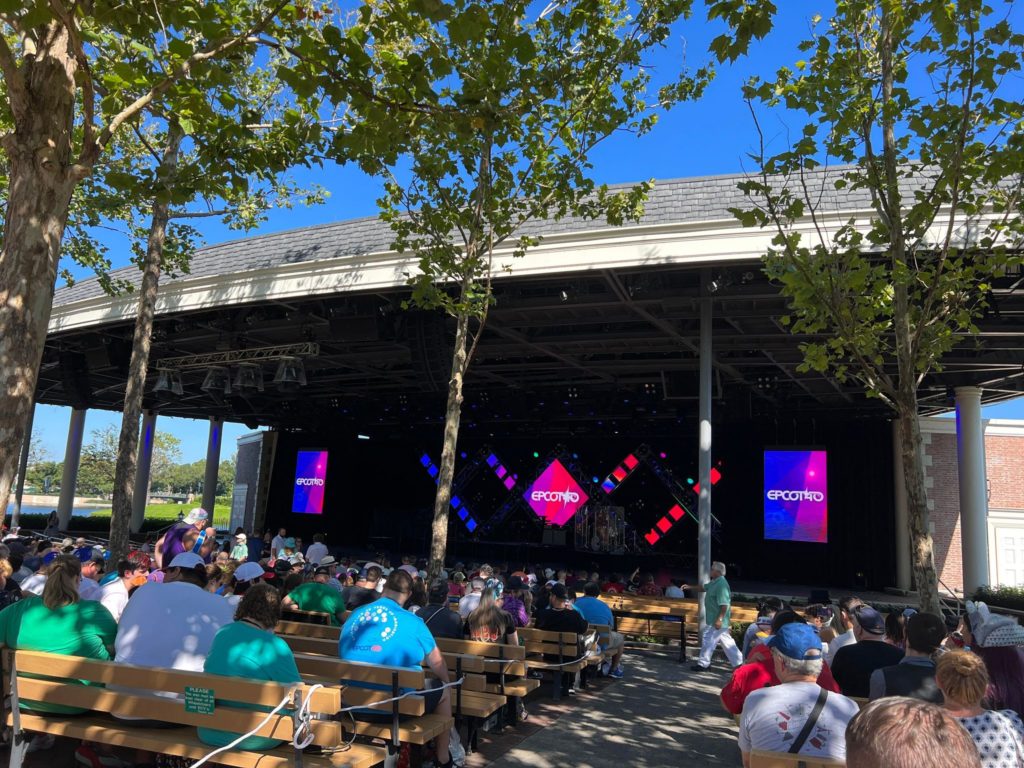 Screens and lighting are in beautiful celebratory hues of pink, red and purple. 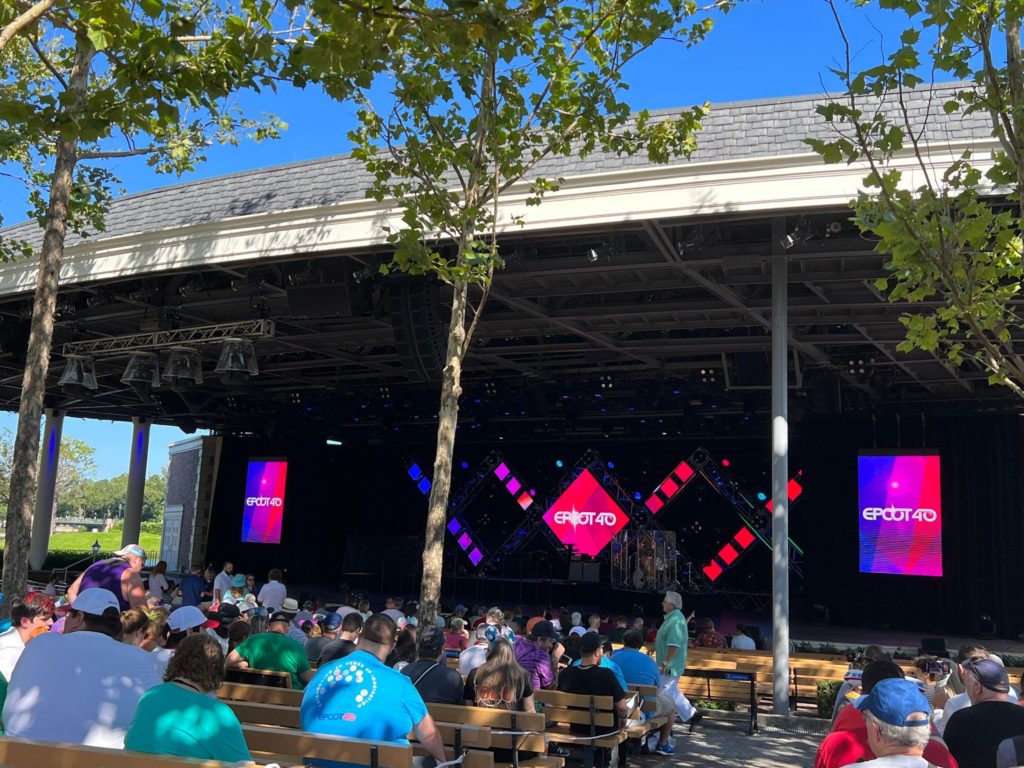 We noticed some familiar faces this morning.

Josh D’Amaro, Chairman of Disney Parks, Experiences and Products. arrived and took time to chat with the audience. 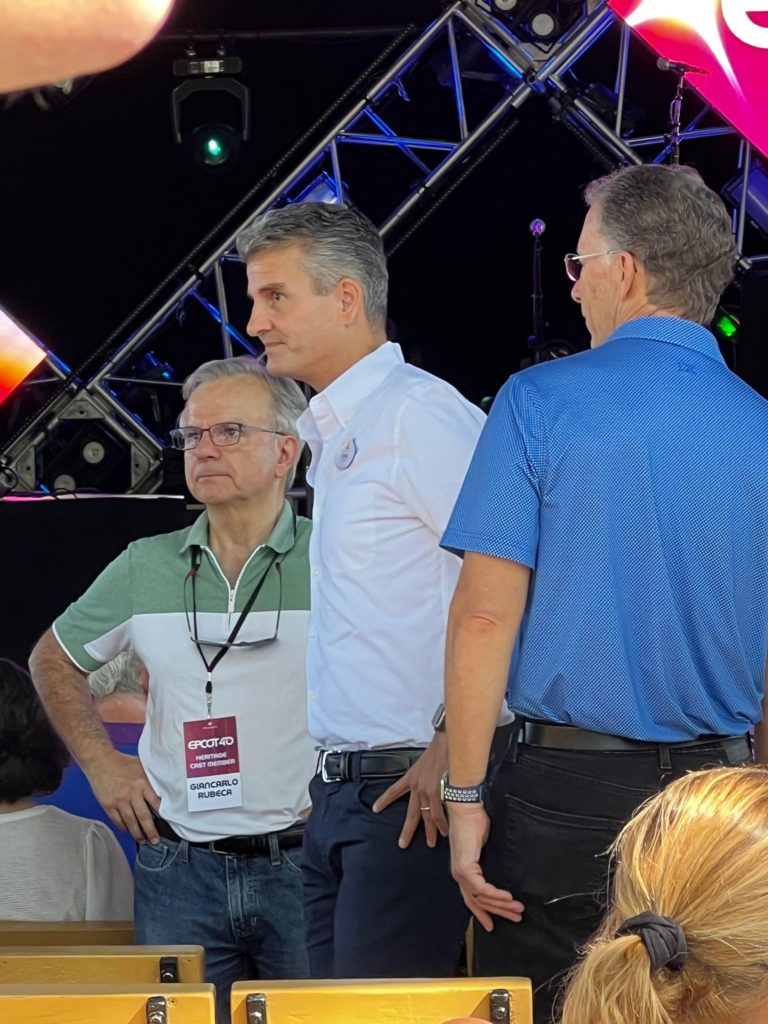 He was joined by Disney World President Jeff Vahle. 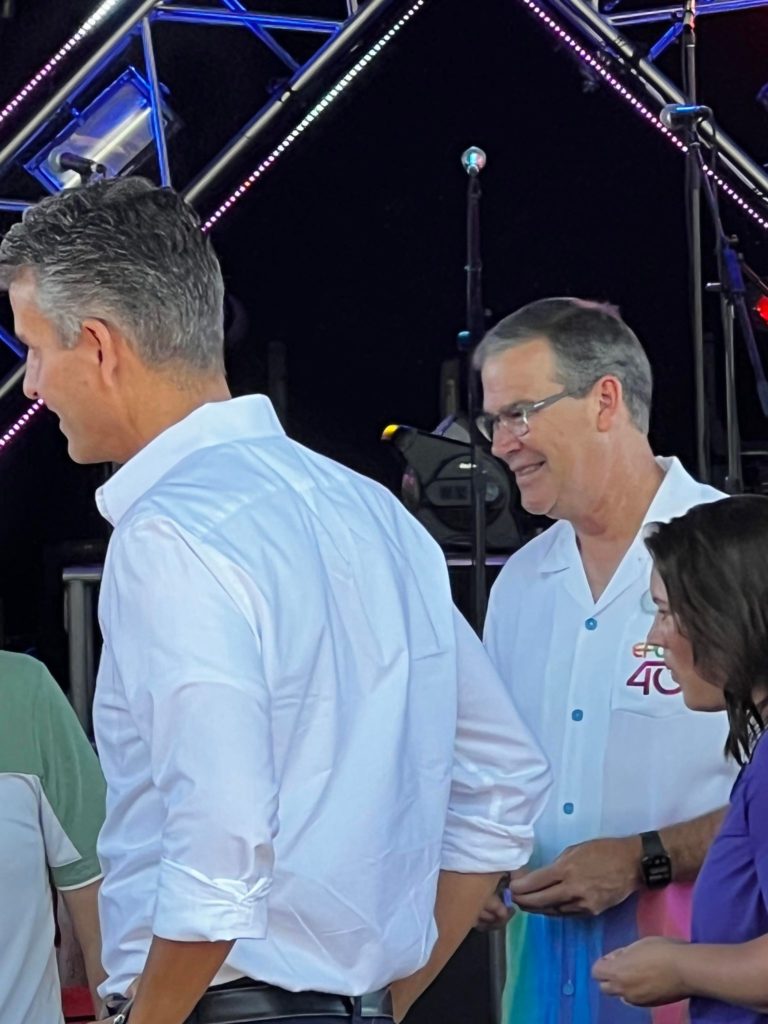 They quickly took to their seats for the first performance! 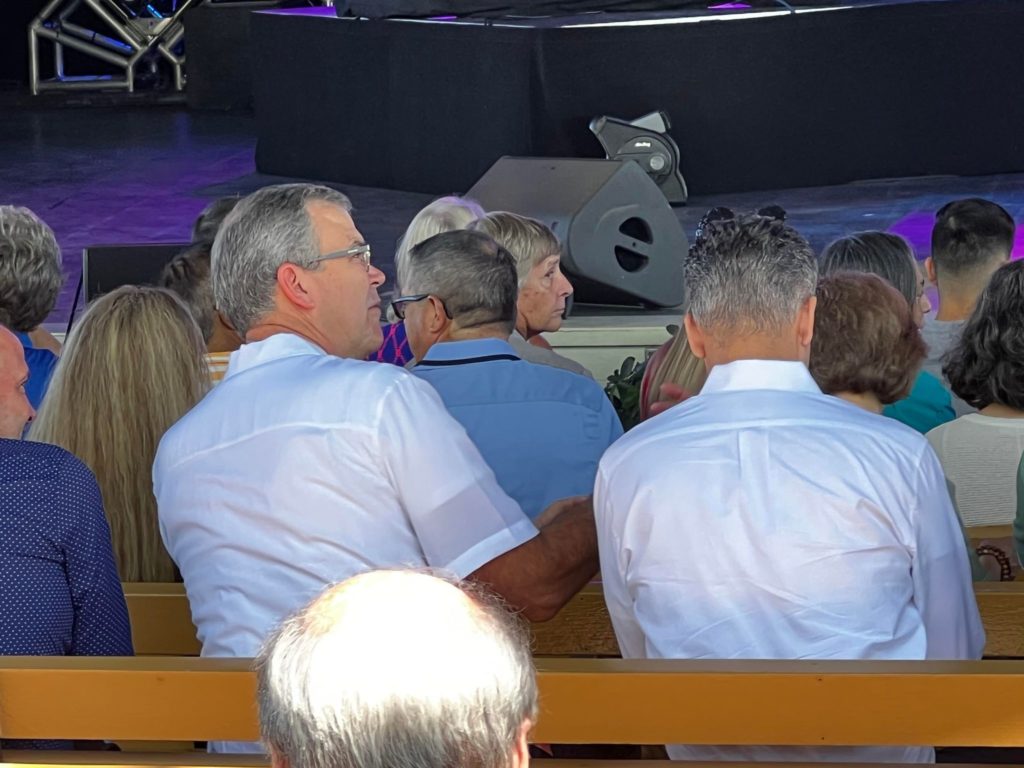 Mariachi Cobre was the first act to take to the stage. 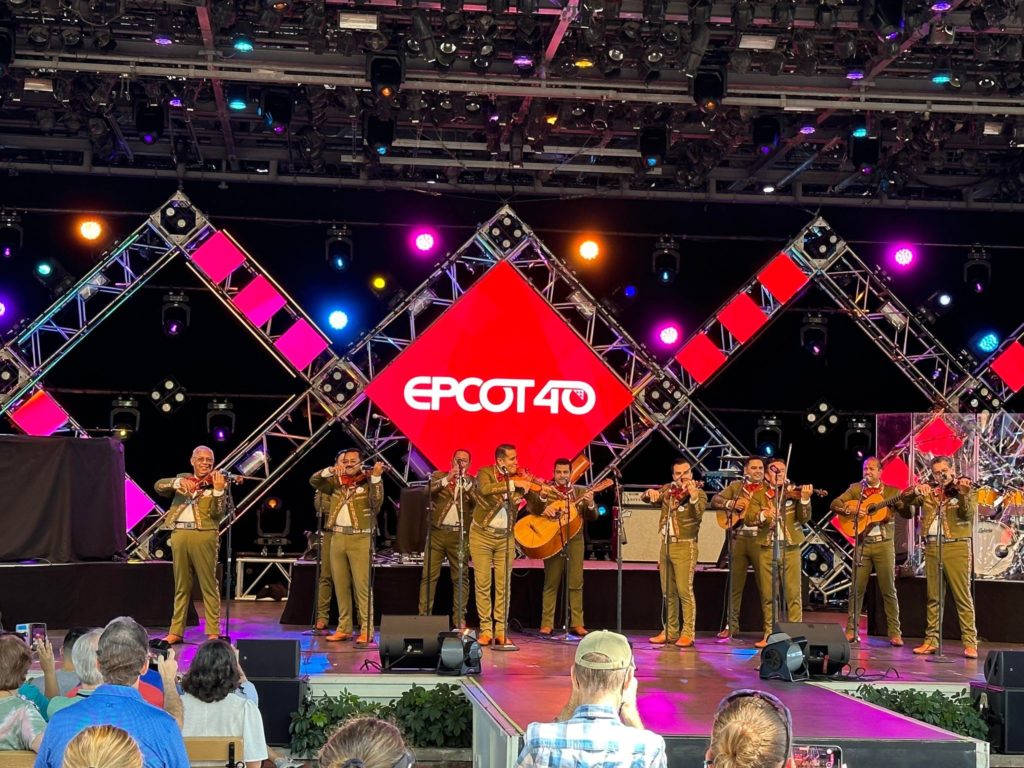 We learned an awesome fun fact about this group! 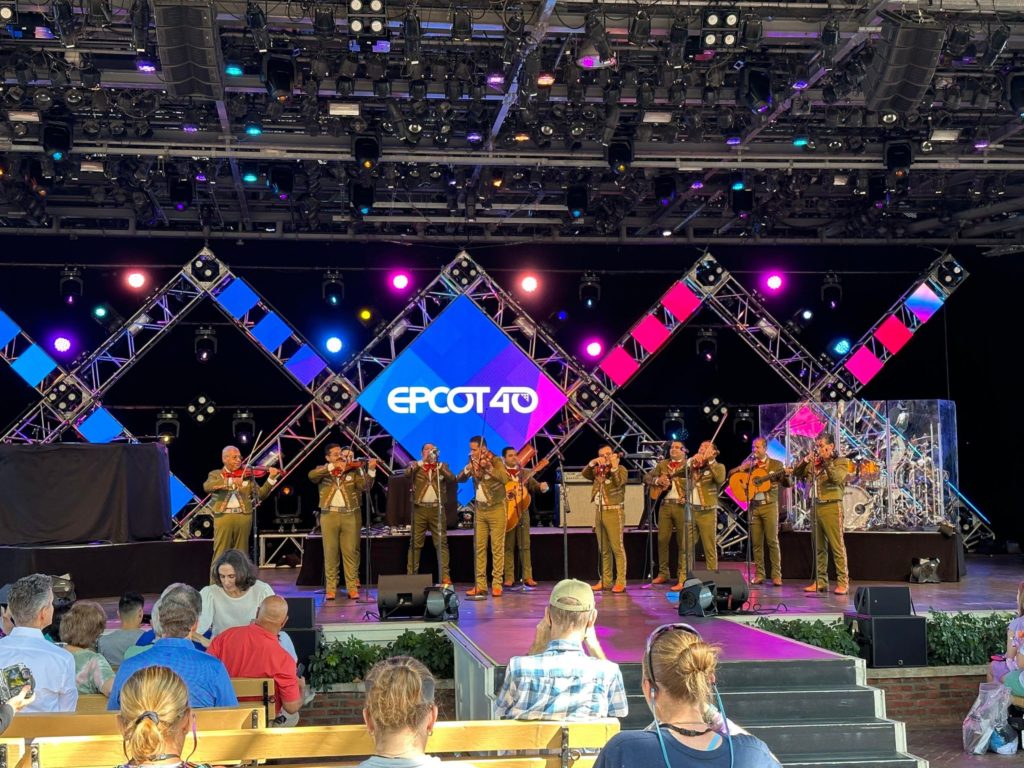 Mariachi Cobre have been a mainstay at the Mexico Pavilion through out EPCOT’s 40 year history. 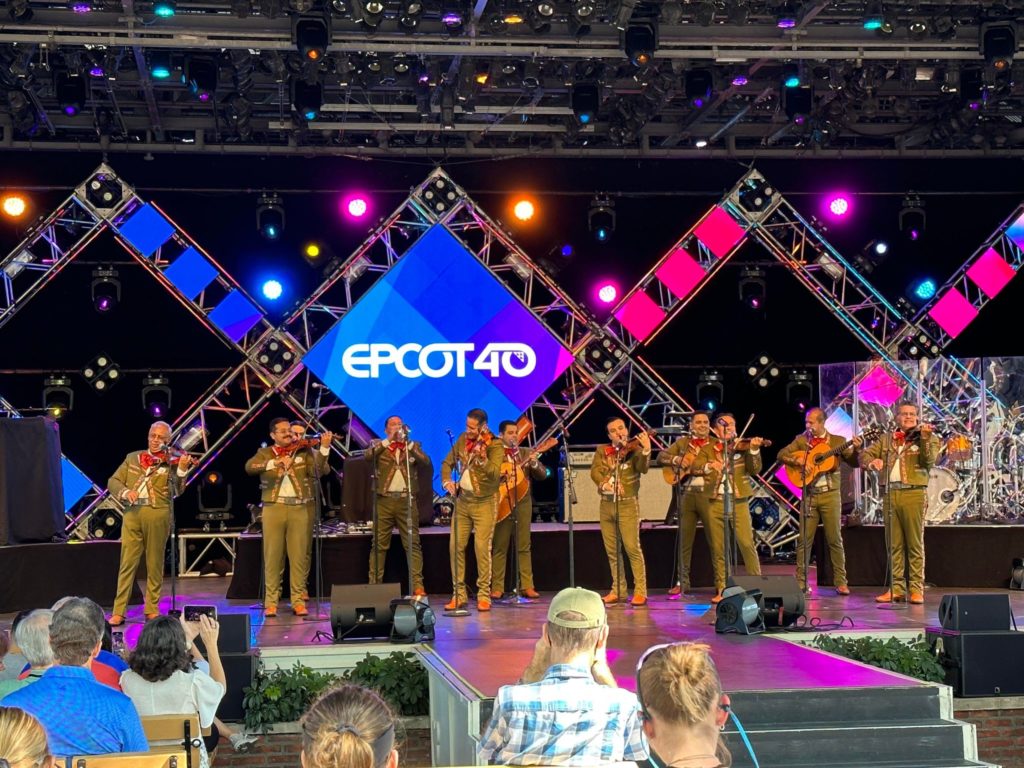 But, did you know that two members of the group have actually been performing at EPCOT since it first opened! 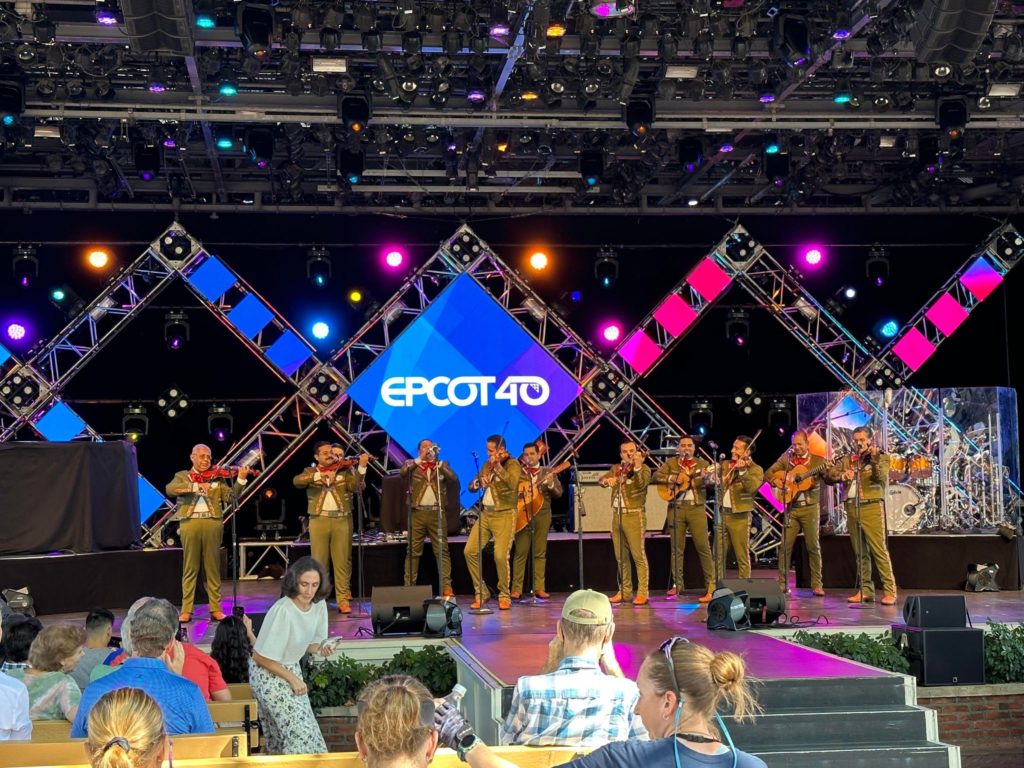 The performance they gave was amazing. Here’s a quick video of their set.

After Mariachi Cobre finished, Disney’s Ambassadors took to the stage to introduce the next act. 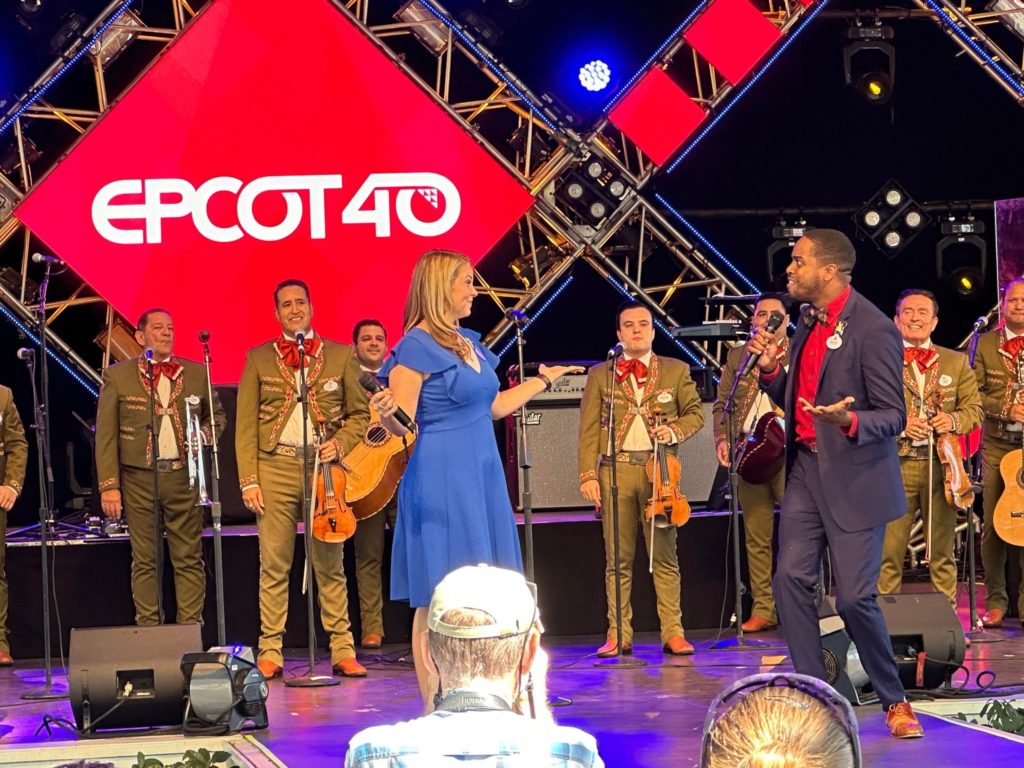 The current ambassador duo is  Ali Manion and Raevon Redding. 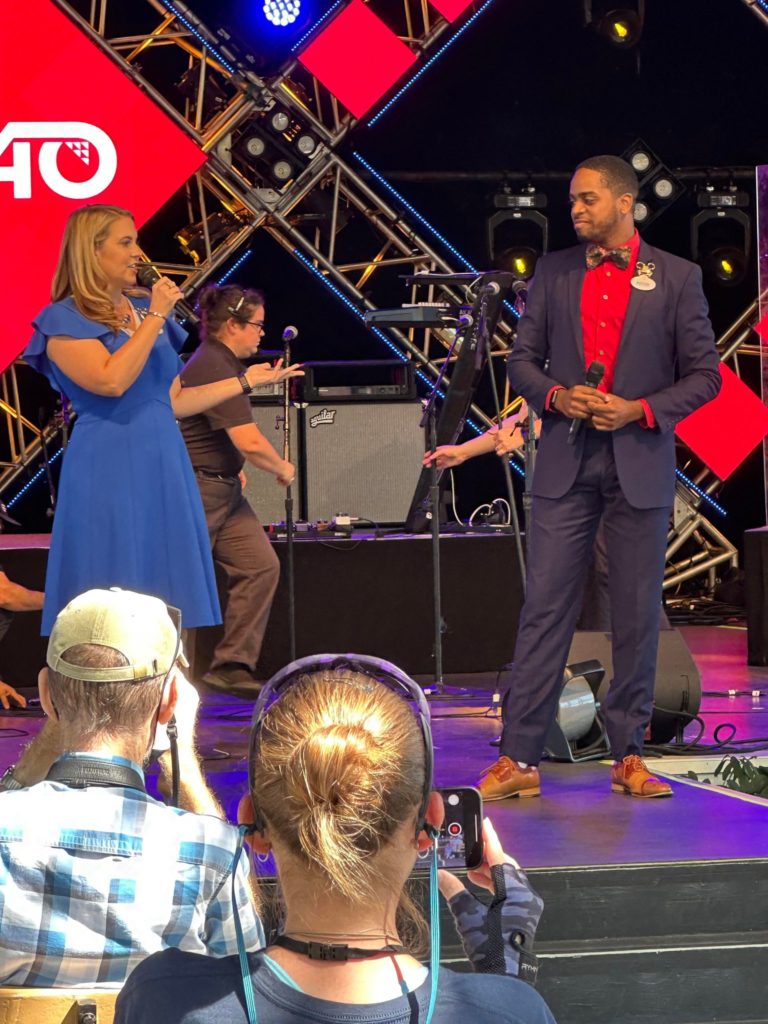 You’ll find the ambassadors representing Disney’s awesome cast members at most of Disney World’s noteworthy events throughout the year. 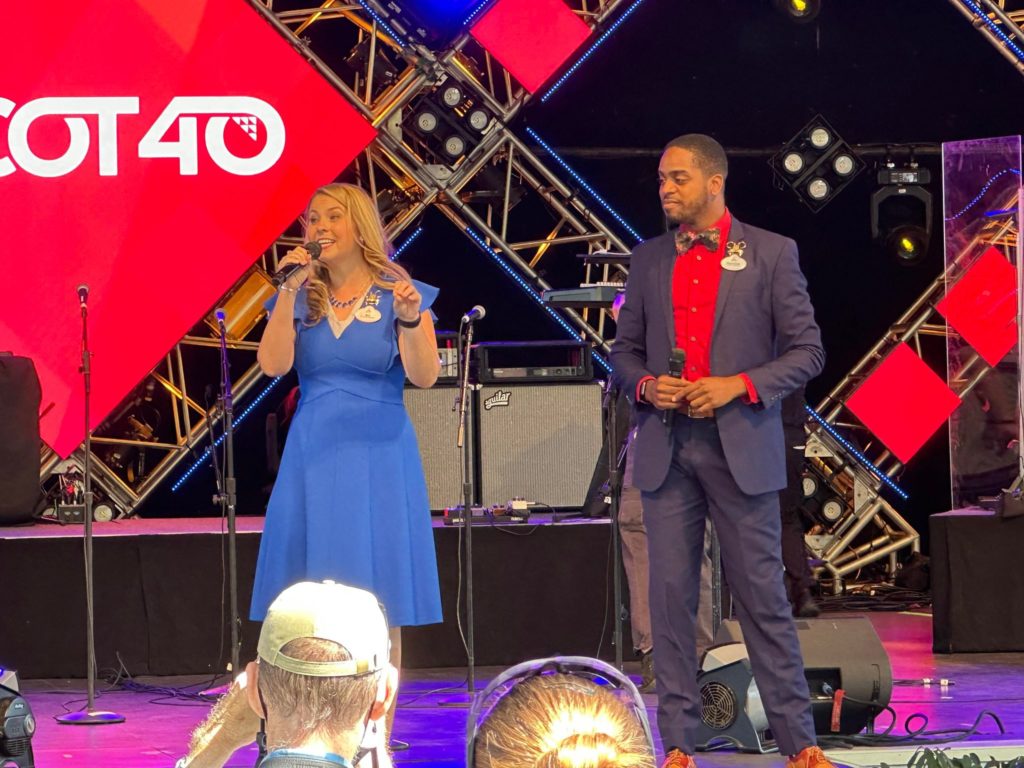 The next act was the Voices of Liberty Choir! 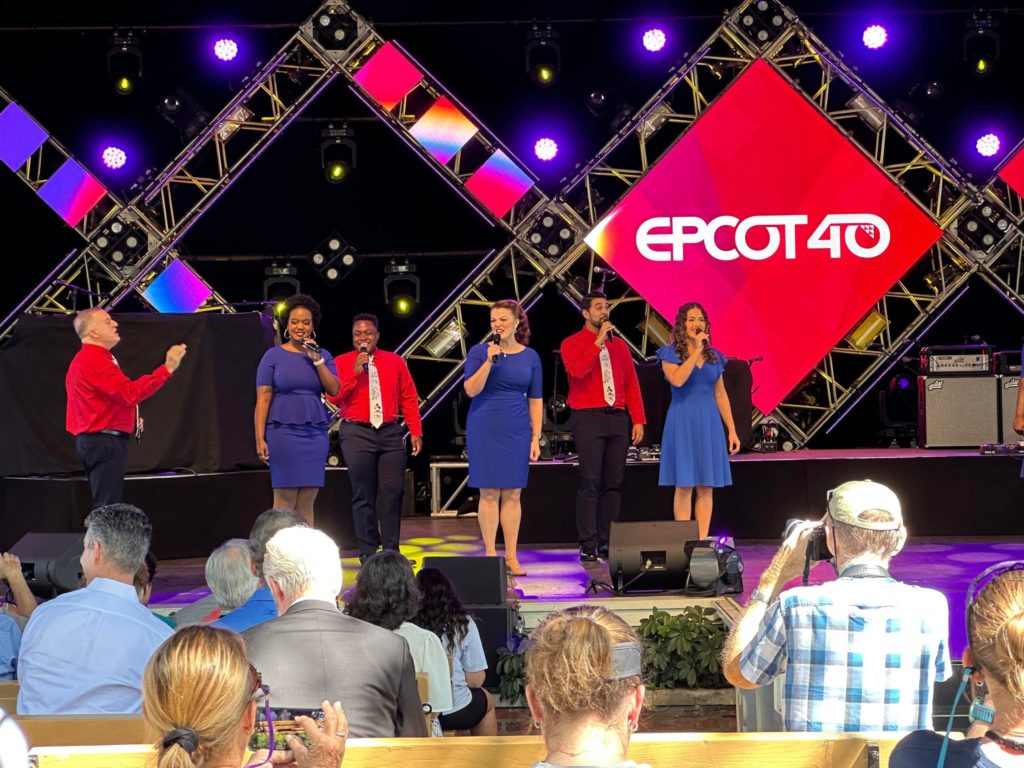 If you’ve yet to see a performance from this amazing acapella group at Disney’s American Adventure pavilion it is a must do! 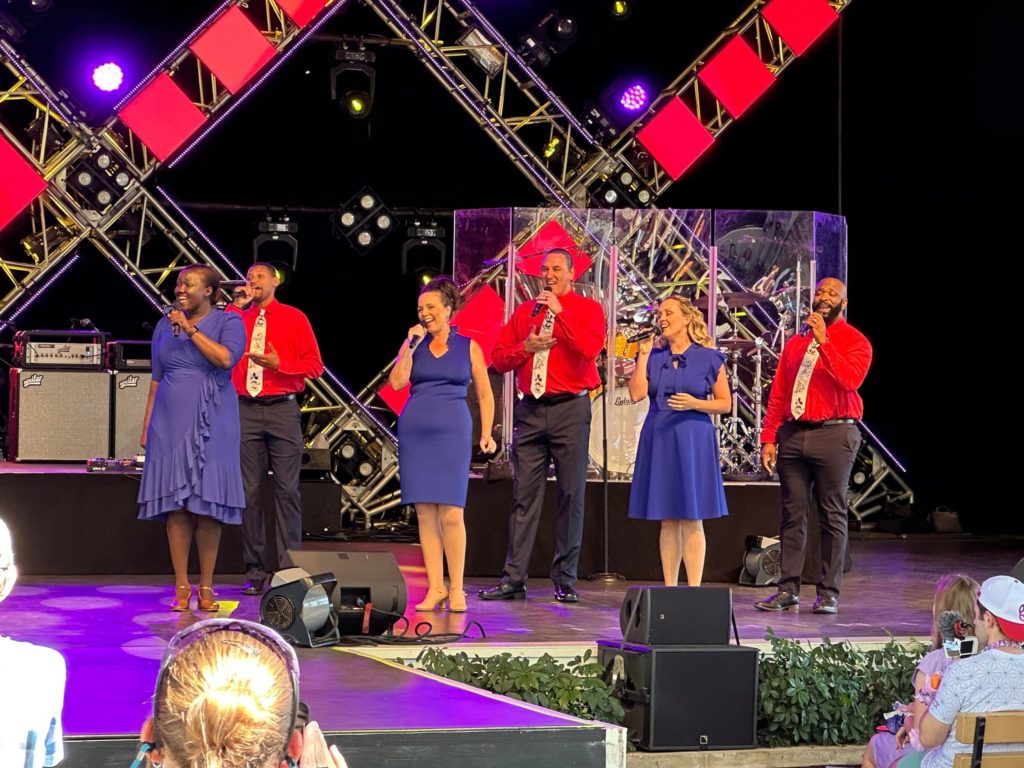 They’ll take you through a wide array of patriotic, Disney-inspired or holiday tunes depending on the time of year! 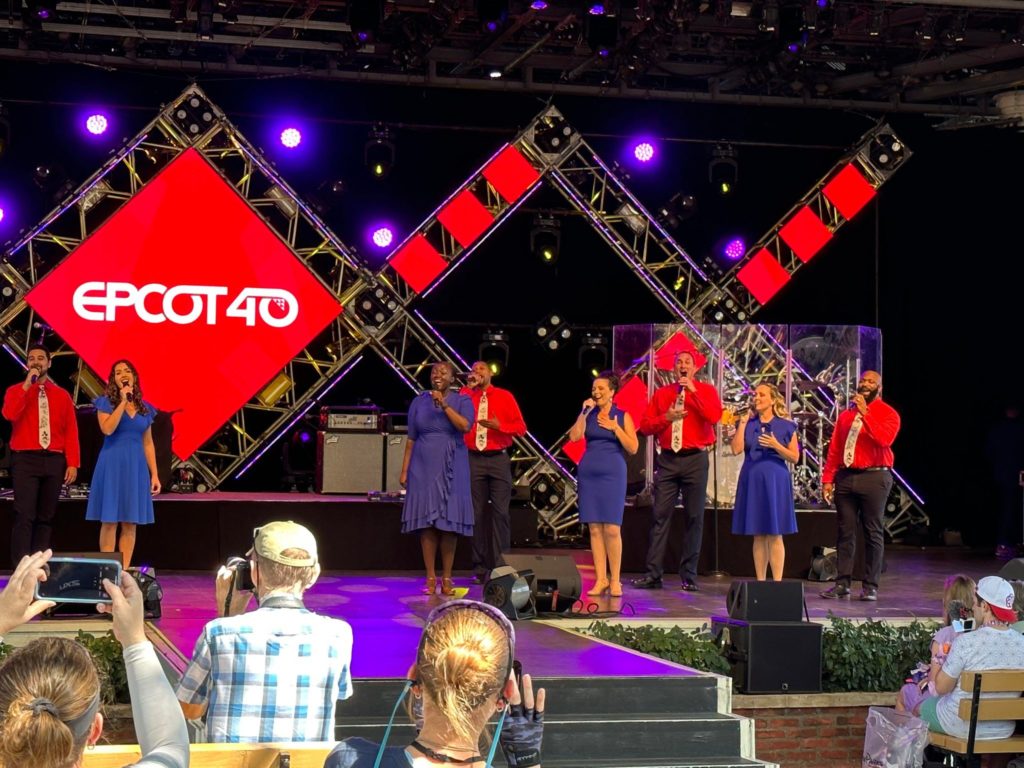 Here’s a video we took so you can see Voices of Liberty in action.

In an emotional moment, the 40th Anniversary performance concluding with a look at the Dreamer’s statue which will be unveiled in EPCOT’s World Celebration neighborhood soon! 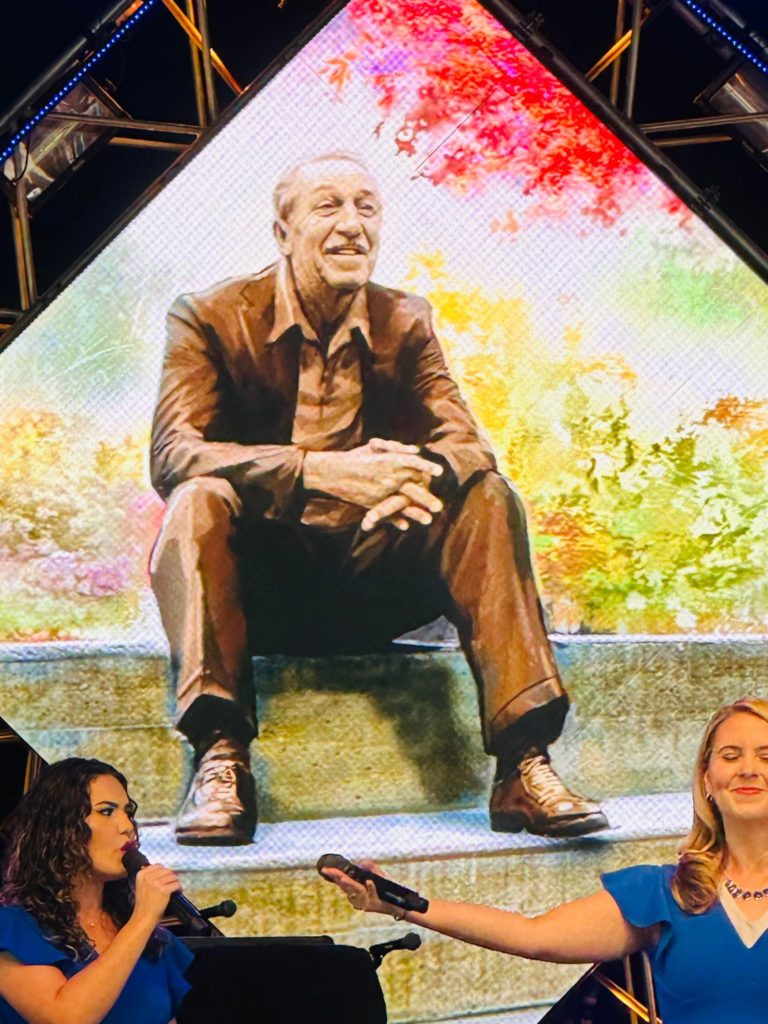 Readers are encouraged to keep following along with MickeyBlog. 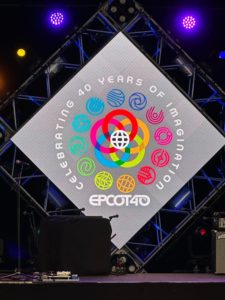 we’ll be coming to you LIVE! from EPCOT through the day for the park’s 40th Anniversary celebration.