If you’ve been following along with MickeyBlog you’ll know that Willow from Lucasfilm is having a bit of a renaissance.  The beloved feature is being made into a series for the Disney+ streaming network and it is expected to make it’s debut later this year.

With that in mind, we’re starting to see Willow merchandise in the parks.  During our visit to Disney’s Hollywood Studios yesterday, we noticed both a Willow t-shirt along with a  Willow action figure at Keystone Clothiers. 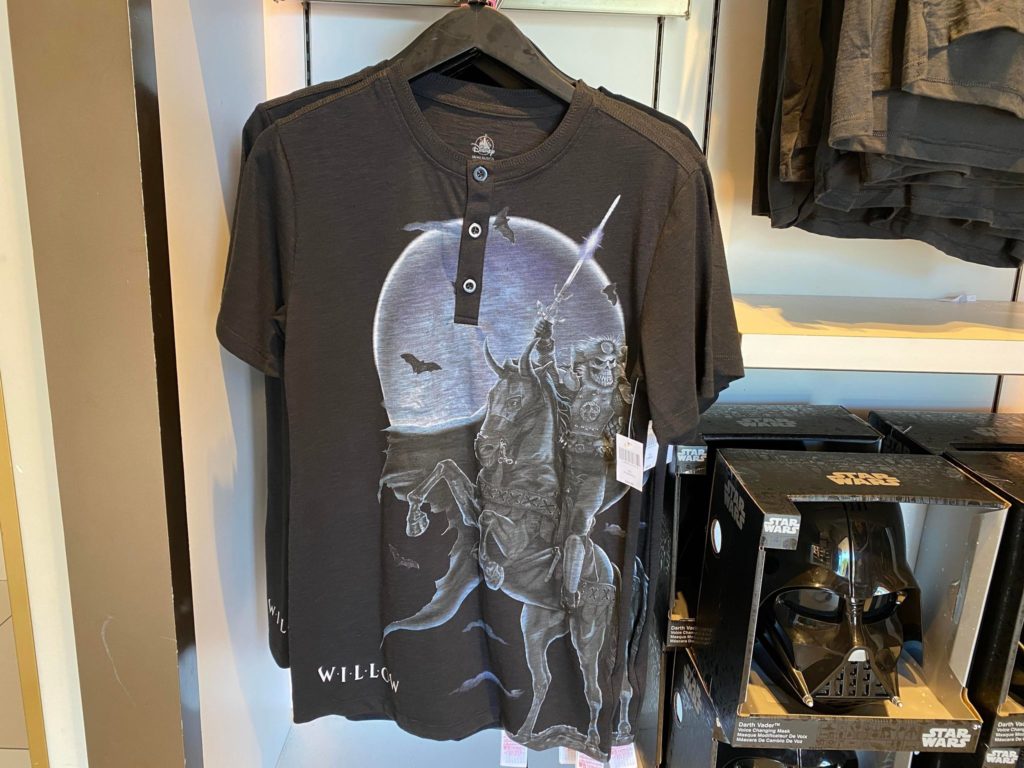 First up is this black button-down shirt. 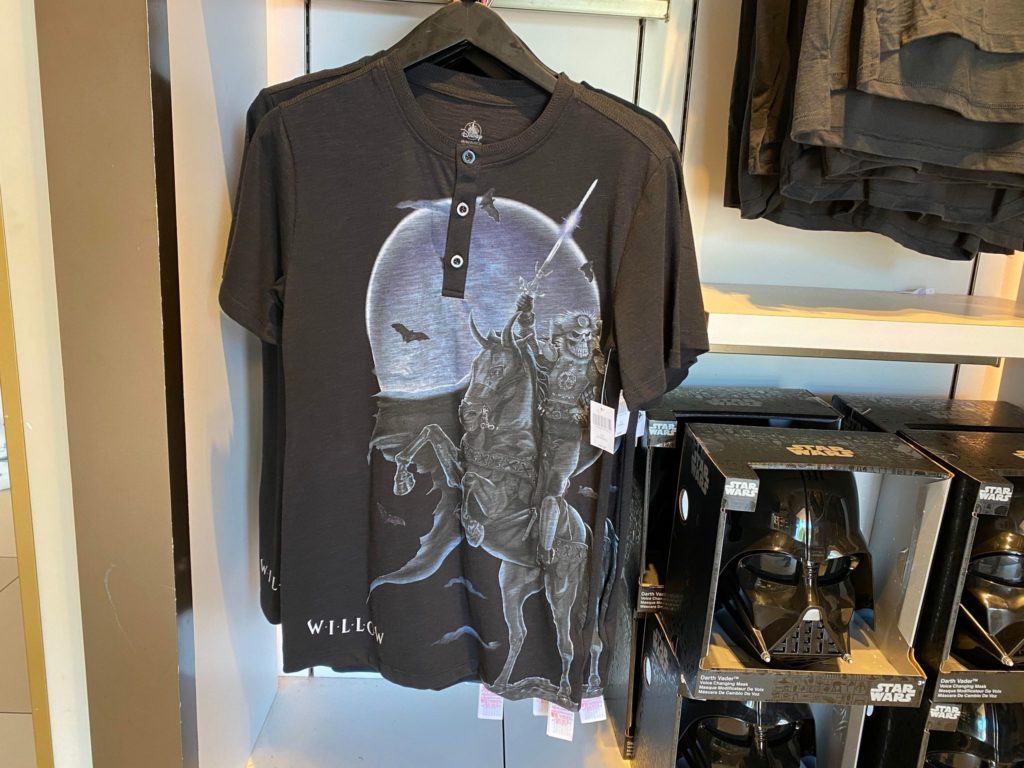 The shirt features a large screen print of General Kael. 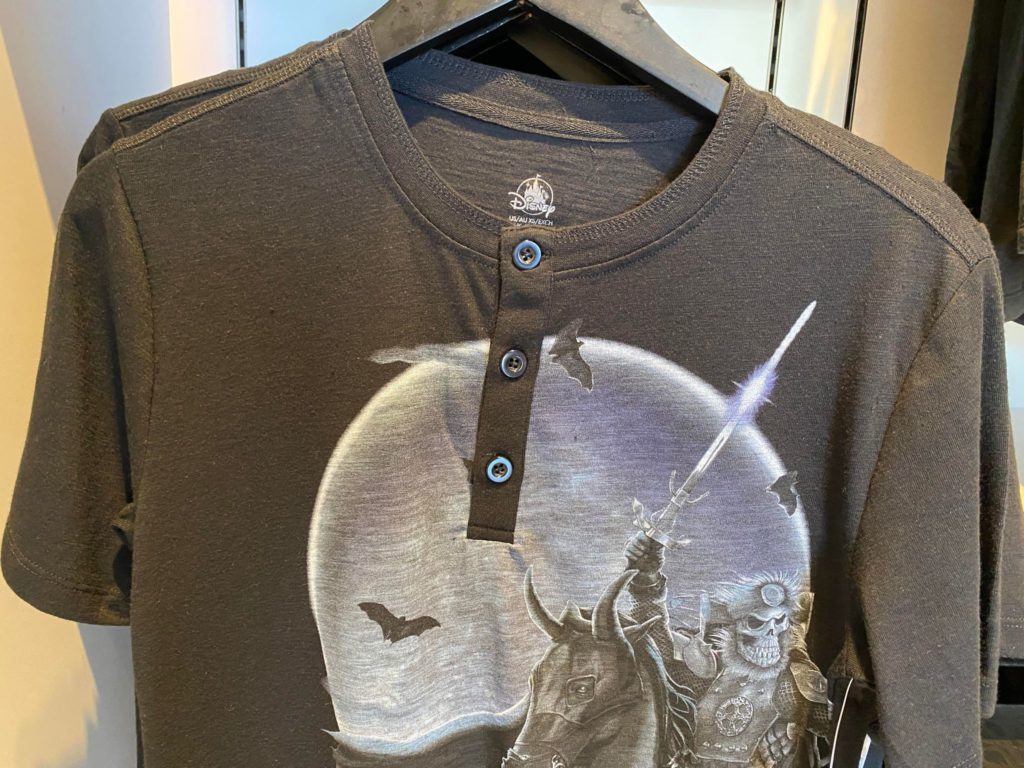 There are three buttons on the neckline and the Willow logo appears on the bottom.

We love how epic this t-shirt is. 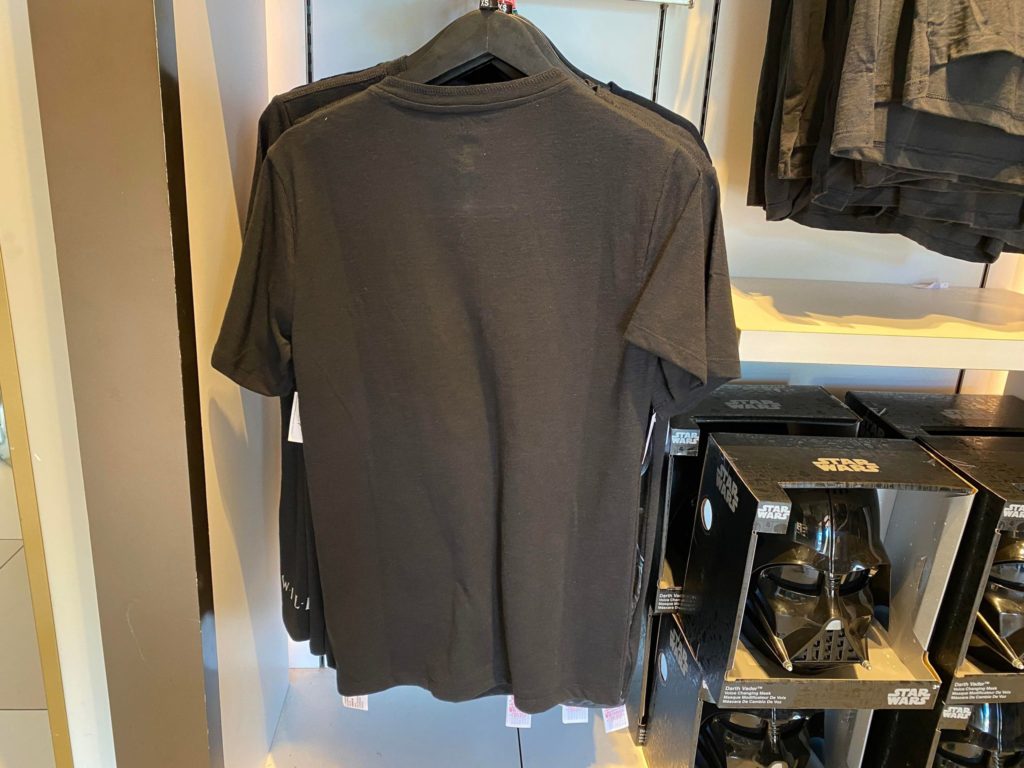 It features a plain black back. 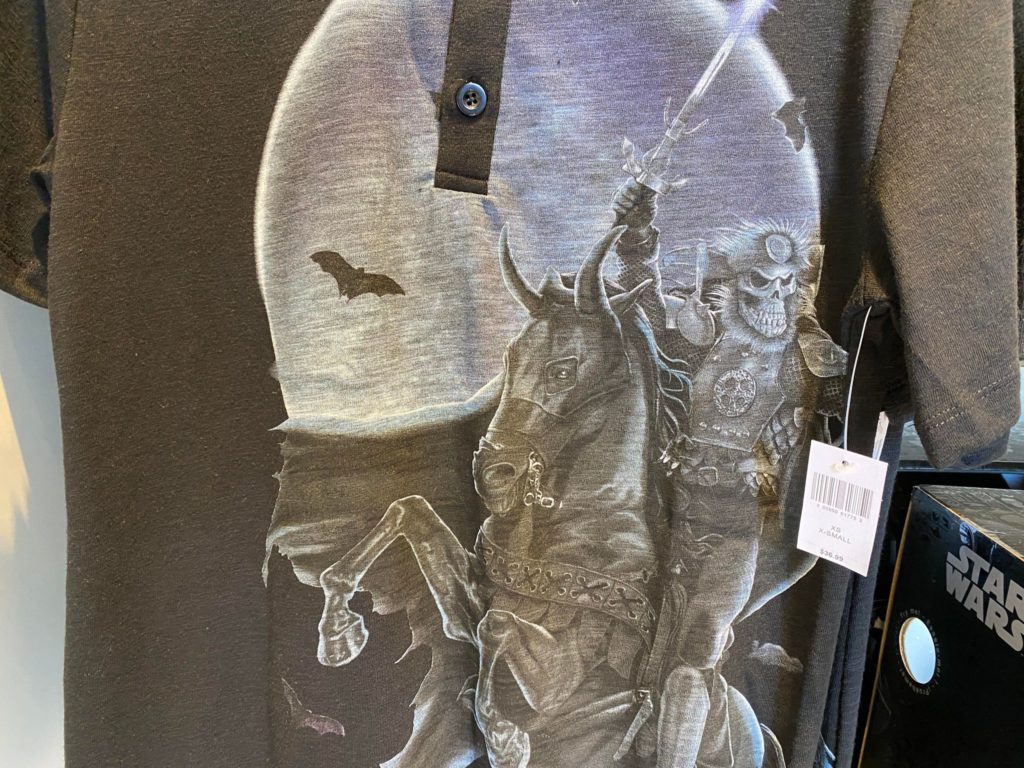 If you were a child when the original Willow came out then be prepared to be transported back to you childhood with this retro Willow action figure.

This is a replica of the figures that were released during the heyday of the original film back in 1988. 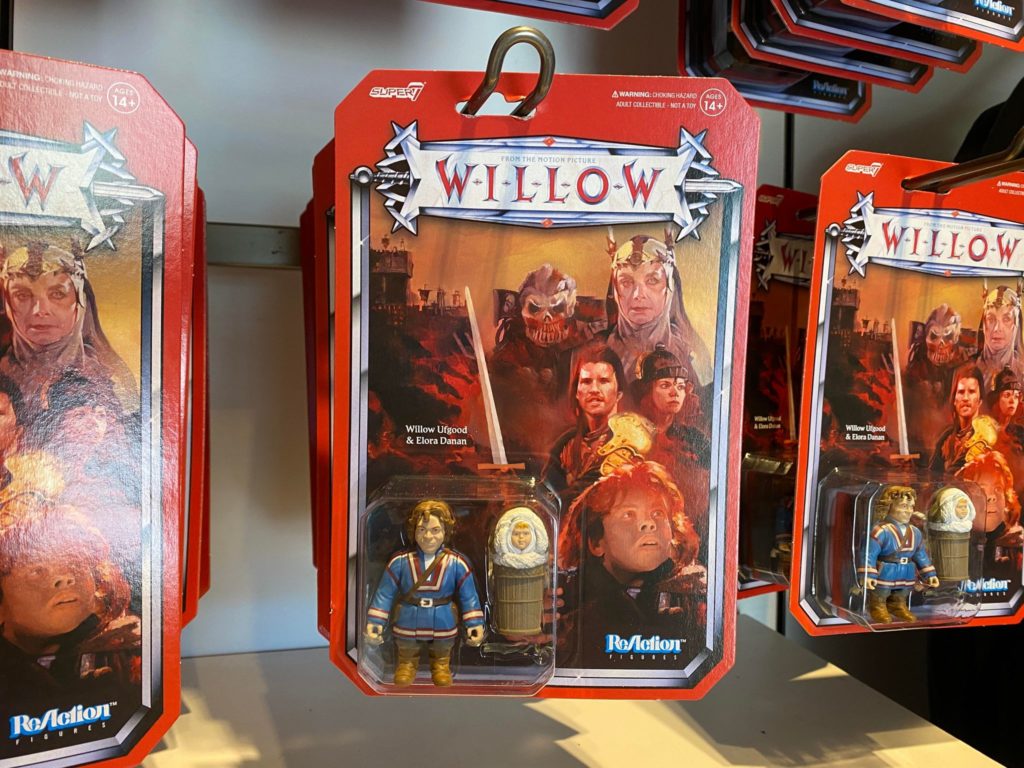 The front features images of the characters from the original production including Willow, Madmartigan, Sorsha, Queen Bavmorda and General Kael. 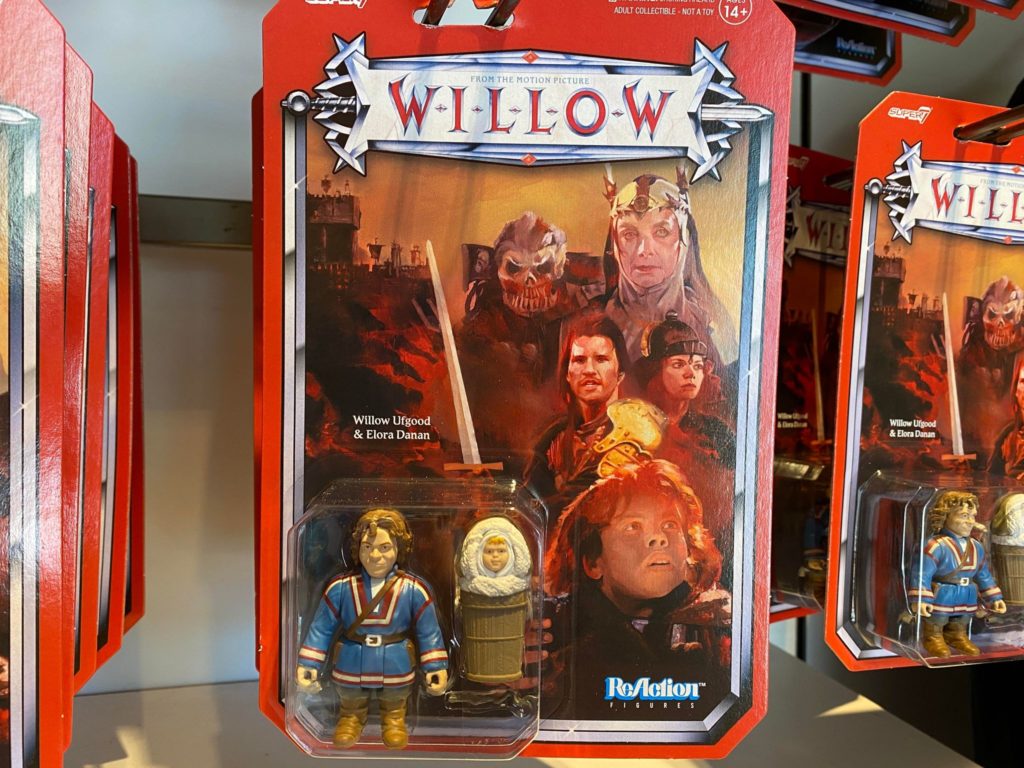 The figure on offer is the title character Willow Ufgood and he comes with a little Elora Danan wrapped up tight in her baby basket! 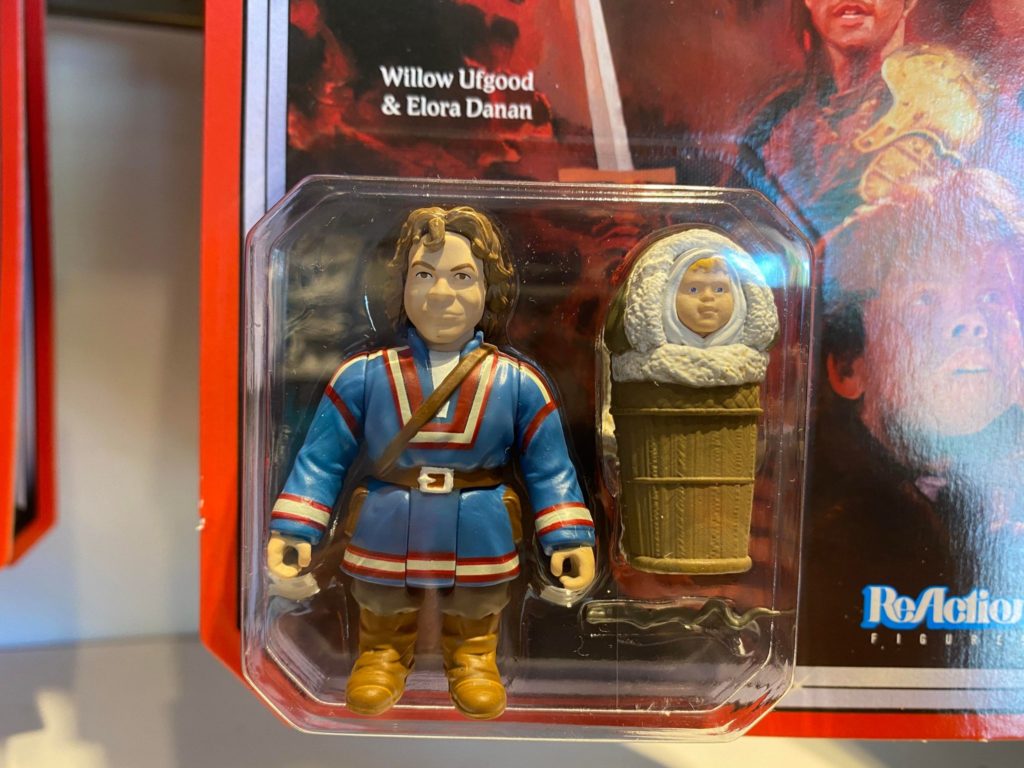 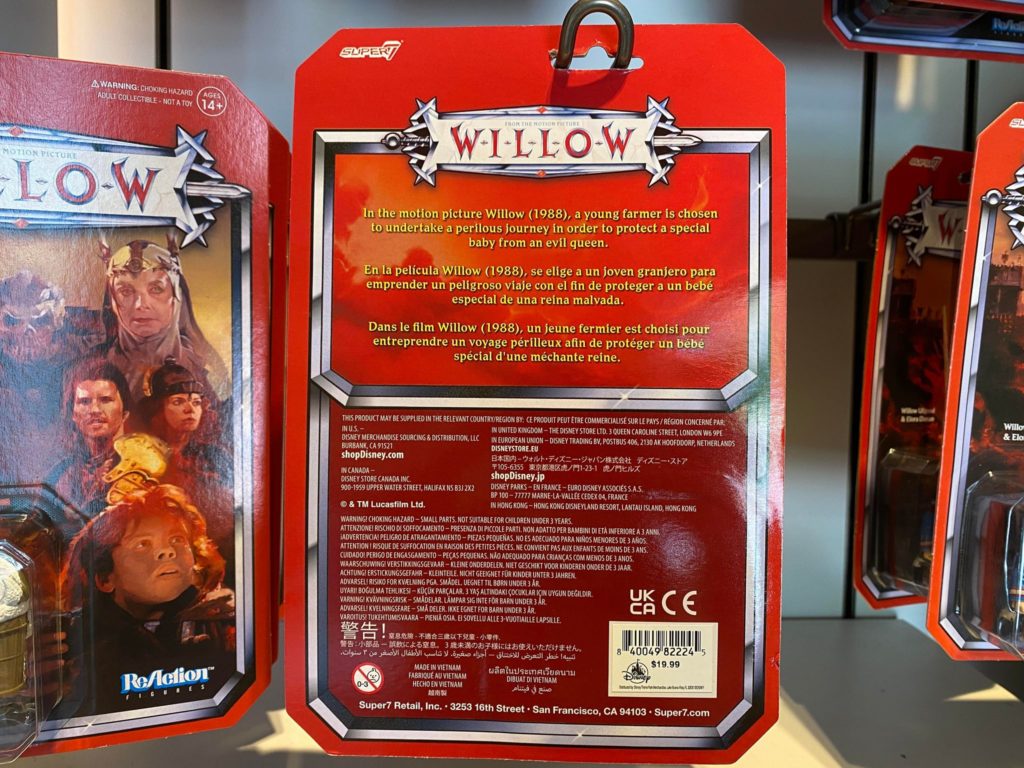