Beyond Big Thunder Mountain: Could Lands Featuring Coco, Encanto and Villains Be Coming to Magic Kingdom!?

The D23 Panel Titled: The Boundless Future Disney Parks, Experiences and Products just concluded with a some of the biggest teasers of the day. Chairman Disney Parks, Experiences and Products Josh D’Amaro brought Imagineering Portfolio Creative Engineer Chris Beatty on stage along with Walt Disney Animation Studios Chef Creative Officer Jennifer Lee to discuss a very interesting project that has us squealing with delight.

D’Amaro said that some exciting changes could be afoot over at the Magic Kingdom.  He wanted us to think about what might lie beyond Big Thunder Mountain and according to some concept art shared by Imagineering, it looks like we might be getting a new land or lands that celebrate some of Disney’s most recent successes as well as an area that is sure to appeal to those that like things slightly sinister. 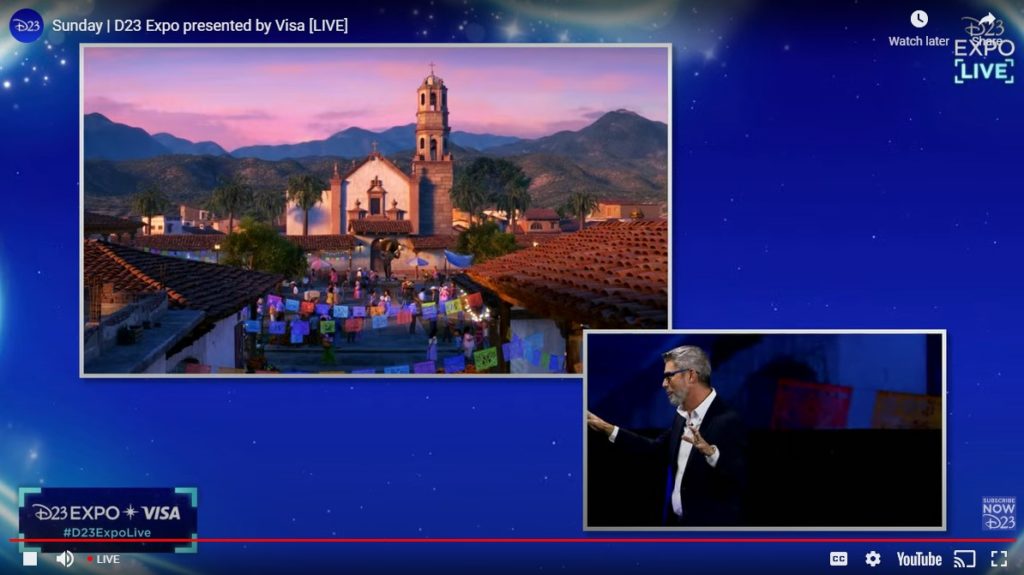 First up, guests were treated to concept art that showed a scene from the beloved Pixar film Coco.  We’re told that one of the concepts they’re thinking of “Beyond the Mountain” is a land of new frontiers and the first example given was of Santa Cecilia, Mexico. 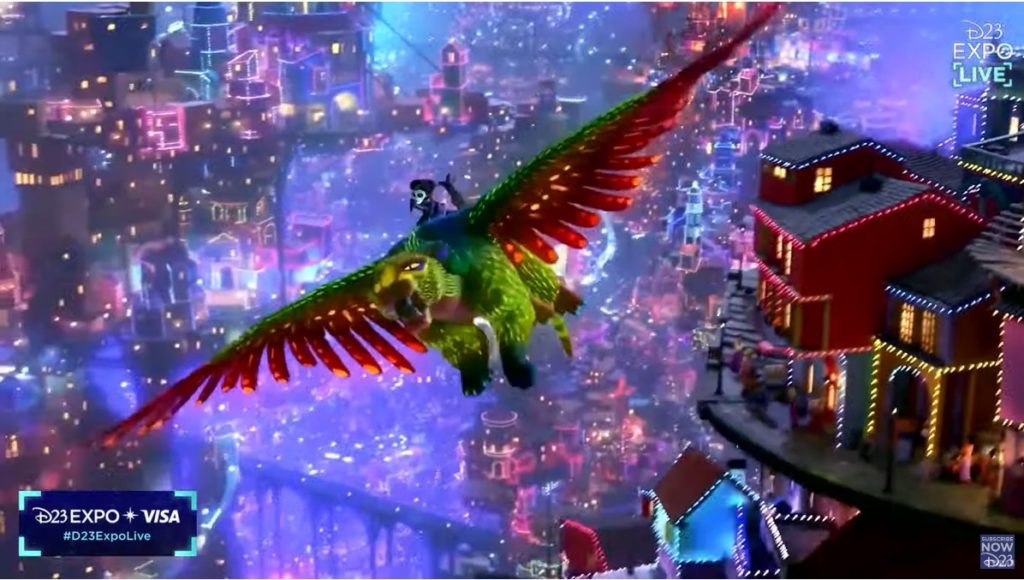 The next concept art showed an image of Miguel from Coco flying on the back of Pepita over what is clearly the Land of the Dead.

This definitely fills us with hope and excitement that a Coco-themed area or attraction is on its way!!

But that’s not all… 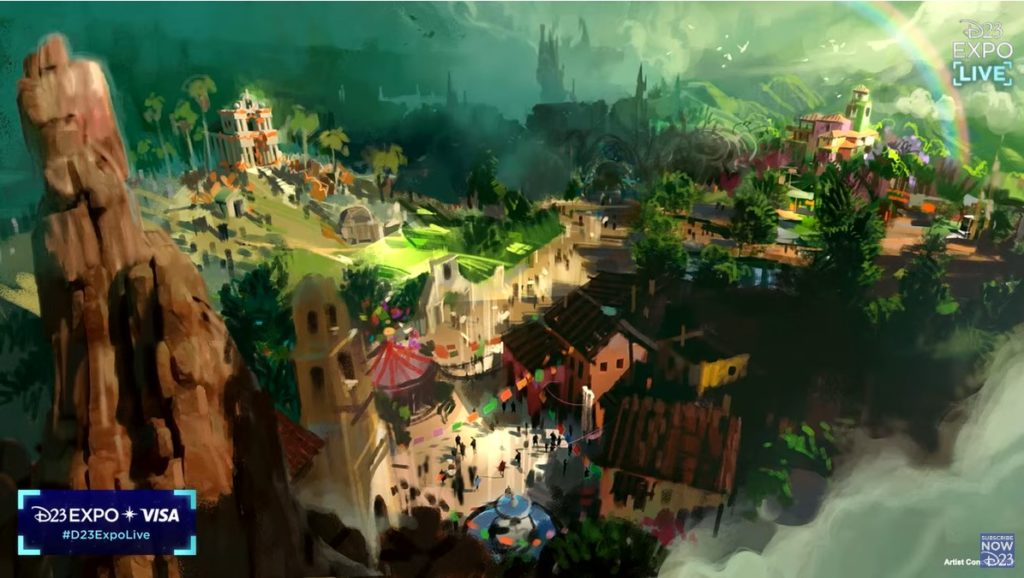 The next concept art we were shown takes us into the mountains of Colombia with inspiration drawn from Disney’s Encanto. 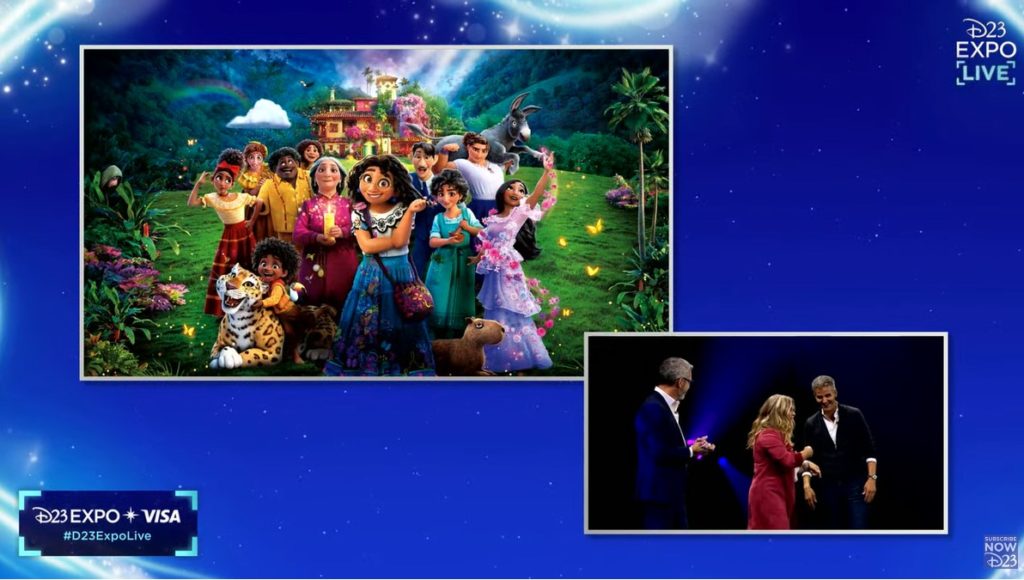 With ideas similar to those previously floated by Lin-Manuel Miranda.  Josh, Jennifer and Chris shared the concept of actually being able to visit the Madrigal home. You’ll walk into the casita, explore Antonio’s room, Bruno’s tower and step up to the magical door to discover your own gift! 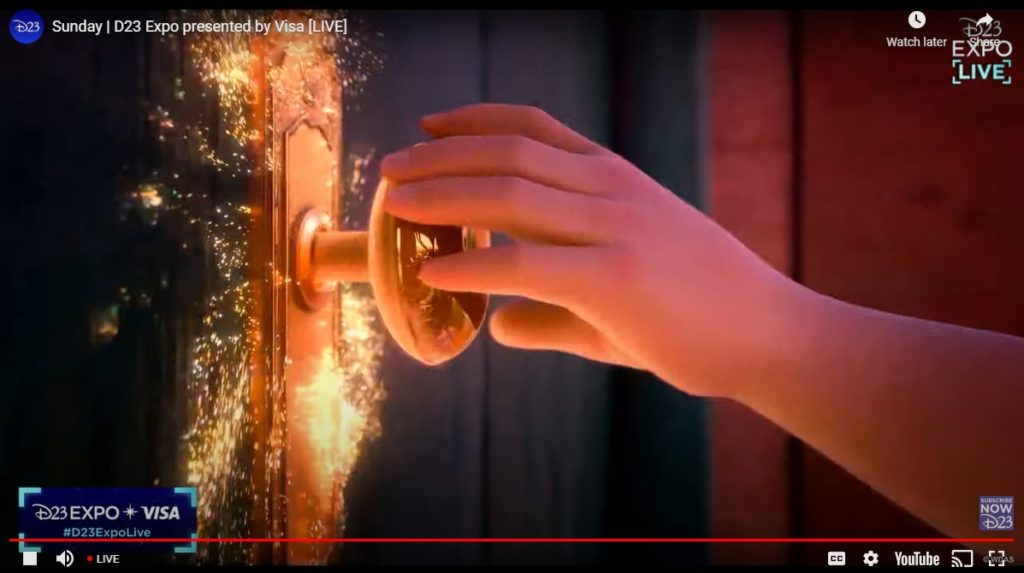 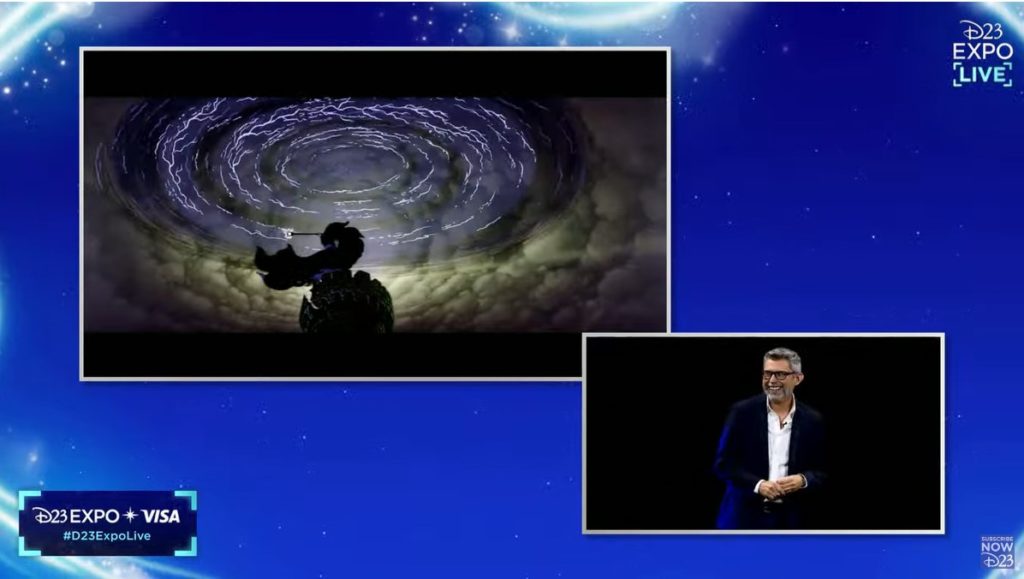 Is it possible where we could see a land where Disney Villains come out to play!? 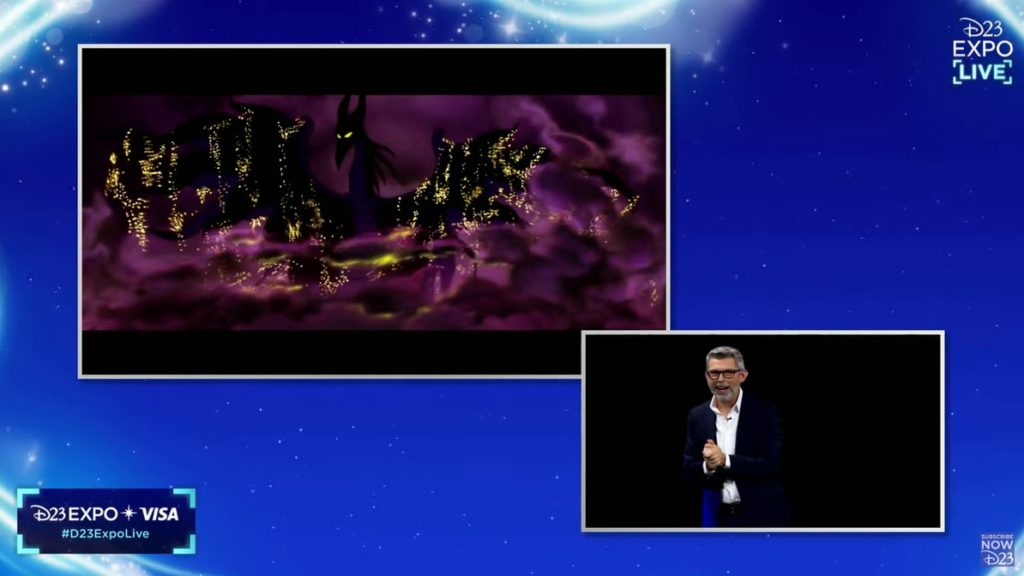 It looks like Disney definitely has its sights set on a Villains-inspired ride or attraction for Magic Kingdom and we couldn’t be more excited.

Now, it should be noted that its early days for all of the concepts mentioned above and that no definitive timeline was given.  We also know that, things like the pandemic can happen, that impact plans (Mary Poppins attraction at EPCOT everyone!) But right now it fills us with excitement and optimism that Magic Kingdom guests in the future could be enjoying Encanto, Coco and Disney Villains attractions during your theme park visit!

We expect more details about all of these projects to be released in the months ahead. Keep following along with us and we’ll update you as soon as more details emerge!