A sensation around the world, Duffy the Disney Bear certainly captured the hearts of a generation of Disney fans when he first debuted twenty years ago. Now, Shanghai Disney Resort celebrates the beloved stuffy with a month-long celebration that kicks off today.

To introduce the special touches, horticulturists at Shanghai Disneyland Park first installed an incredible LinaBell flower display, replacing its usual Mickey Mouse design. During the festivities, Duffy and his pals alsos plan to cherish their friendship and share their contagious joy with guests at Shanghai Disney Resort in the most epic of Disney Parks fashion: a special song-and-dance performance on Mickey Avenue. 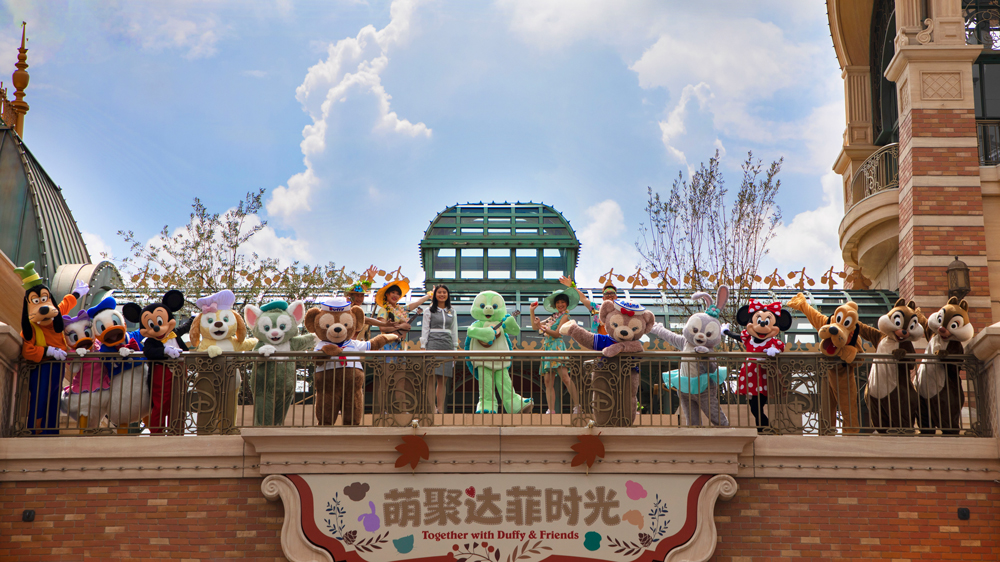 Of course, the park built a special “social wall,” perfect for social media snapshots. A new line of merchandise and a few special treats also popped up as the month began yesterday in China.

With the Royal Banquet Hall’s Duffy Weekend Brunch, guests can hope that Duffy and his friends have a moment to stop by to say hello. The crew also hosts a special afternoon tea this month, and aspiring chefs can take a limited edition workshop with a chef to learn how to craft a Duffy-shaped chocolate treat. 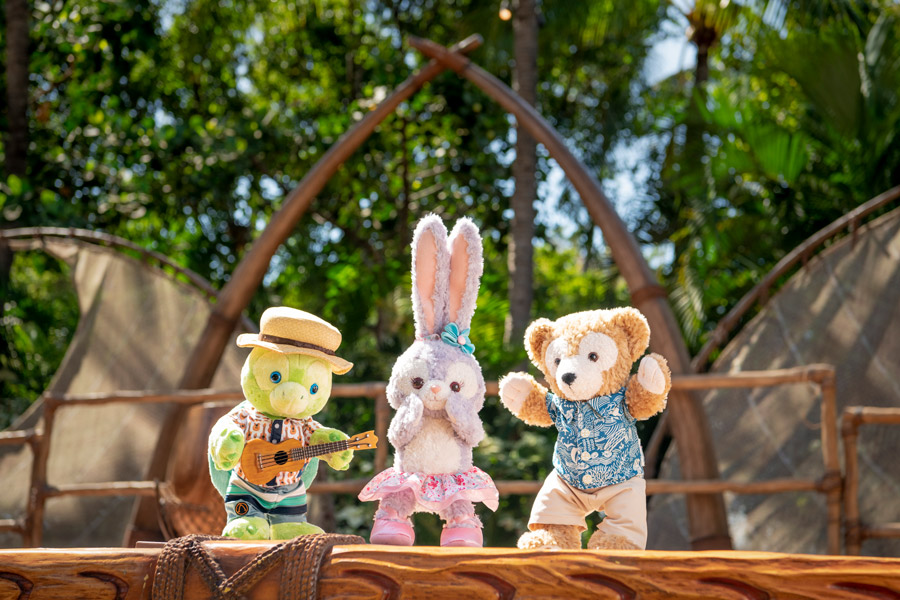 Originally created by Walt Disney Imagineering, Duffy the Disney Bear debuted in 2002 when Walt Disney World opened “Once Upon a Toy.” Since then, WDI added a number of friends to the group, including his best friend, ShellieMay, ‘Olu Mel (their turle friend from Hawaii), and Gelatoni (a dance-loving rabbit).

Duffy’s story originated in the landscape of Disney TokyoSea in the space themed around American waterfronts, hence his darling nautical ensemble. According to Walt Disney Imagineering, Duffy kept Mickey Mouse company on his travels and continues to do so today.