Every once and a while, Disney Parks will send out digital surveys to guests to query various aspects of your Disney experience.  Often times they can provide us with interesting insights about goods or services at the parks that are currently under review.  Our MickeyBlogger recently received a survey after a visit to Disney’s Hollywood Studios and we thought we’d share some of the details with you.

The survey starts by gauging whether or not guests had breakfast at the theme parks they were visiting for the day or elsewhere. 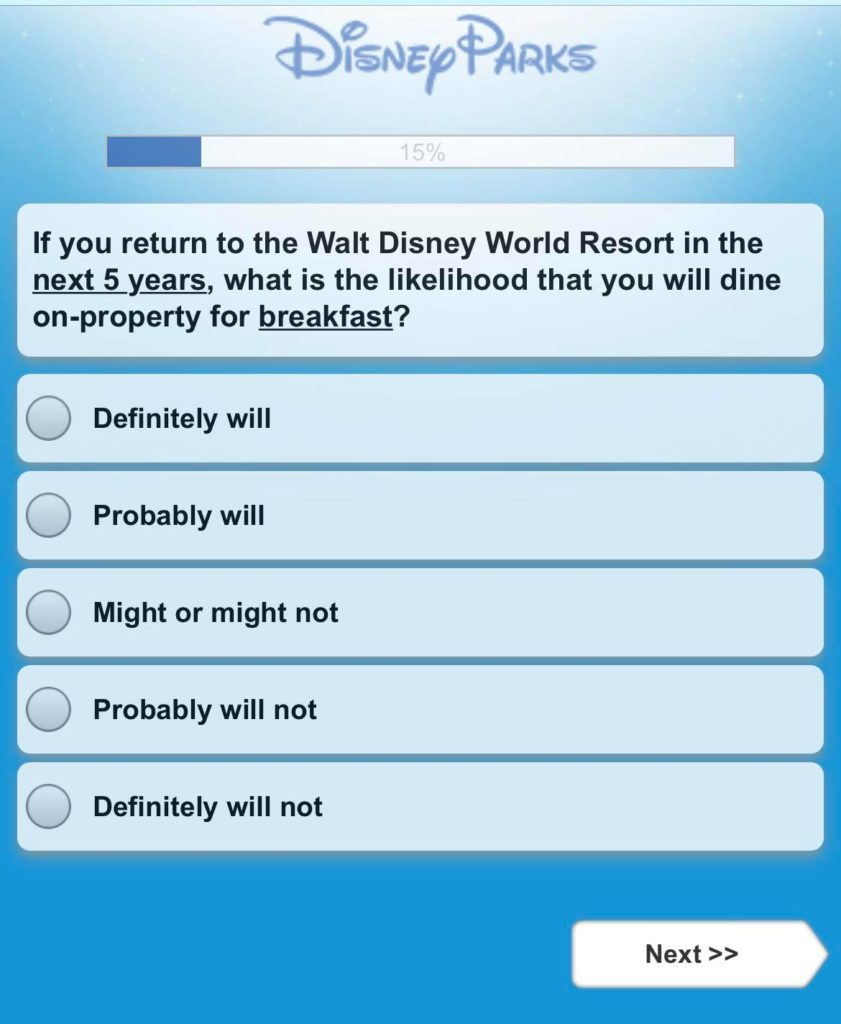 It then asks how likely a returning guest would be to dine on site. 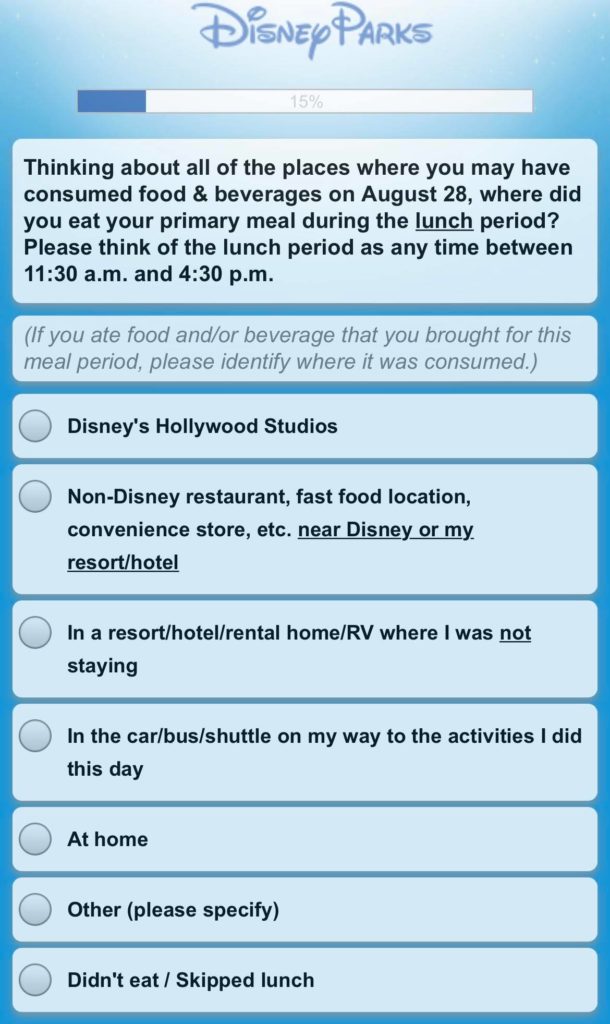 It then moves on to query whether or not guests had lunch at Hollywood Studios or elsewhere at Walt Disney World. 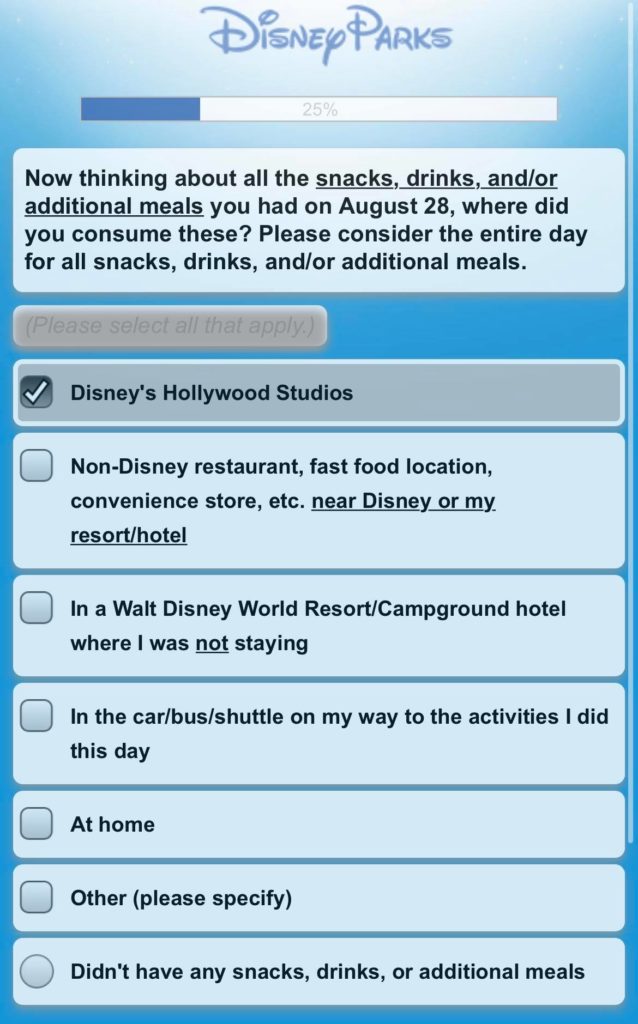 Then guests are asked if they did any snacking at Hollywood Studios. 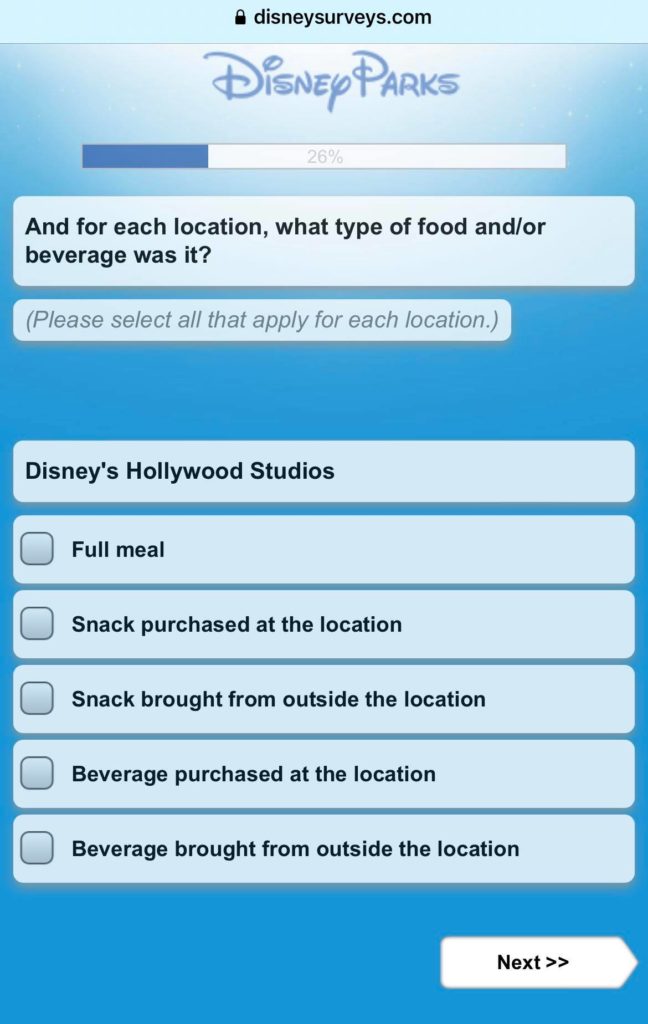 Any thoughts we might have on what the survey could be looking at would be pure speculation.  It could be a myriad of things including whether Disney could be considering the value of more mobile ordering, bringing back dining packages or opening up new eateries or changing menus at existing ones. 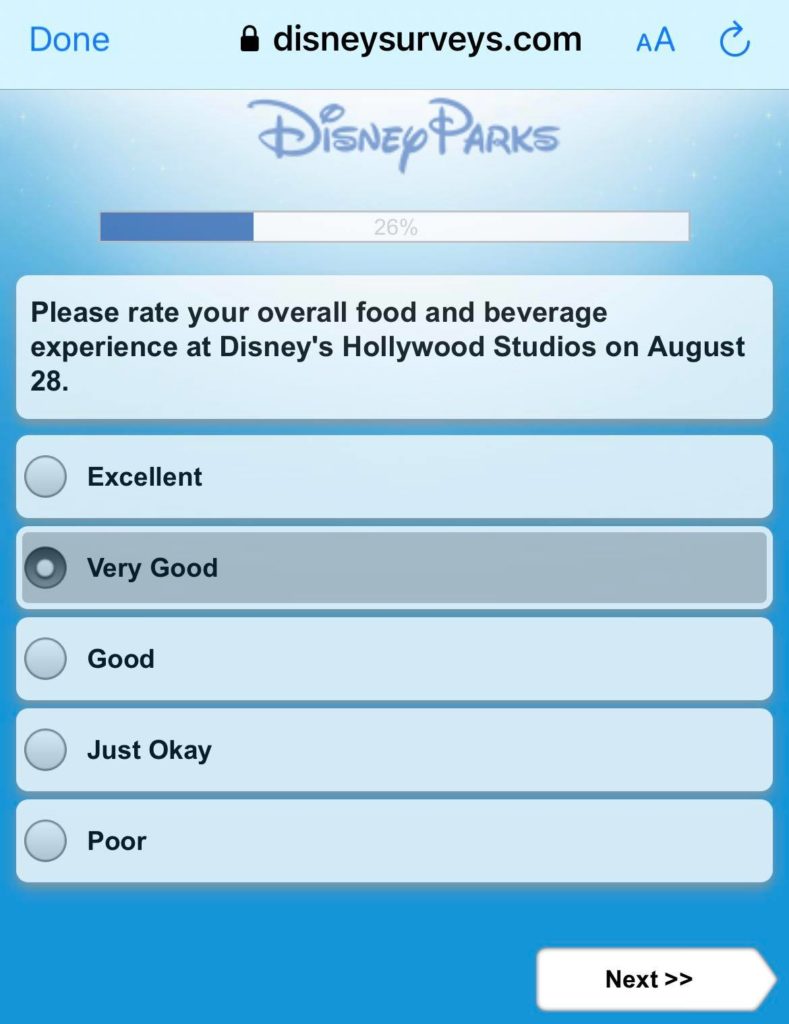 It would make sense to start getting a sense of how many guests purchase food and drinks at the park and just how the average guest purchases before considering these options. 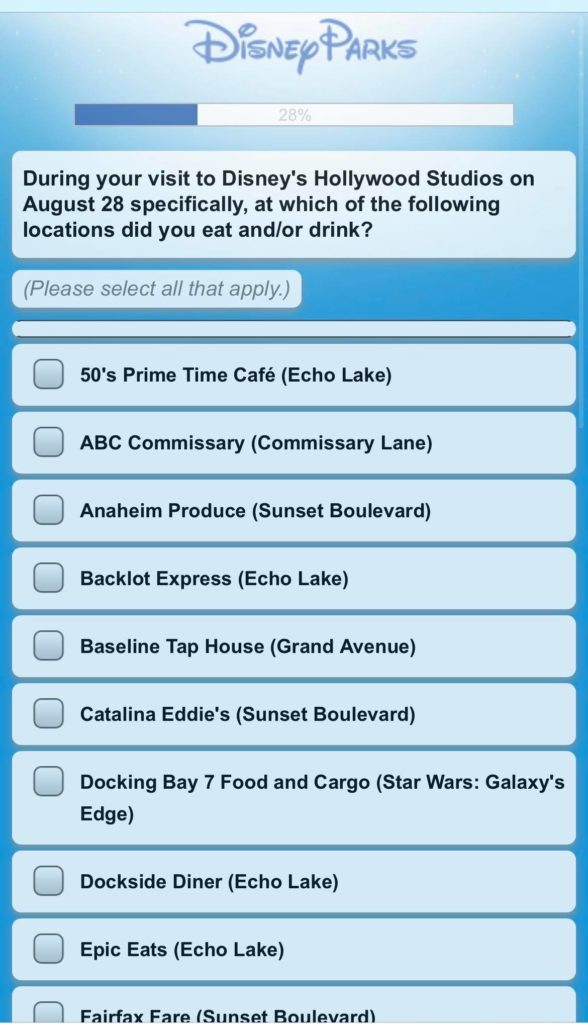 The survey then goes on to ask about specific locations at Hollywood Studios where guests dined. 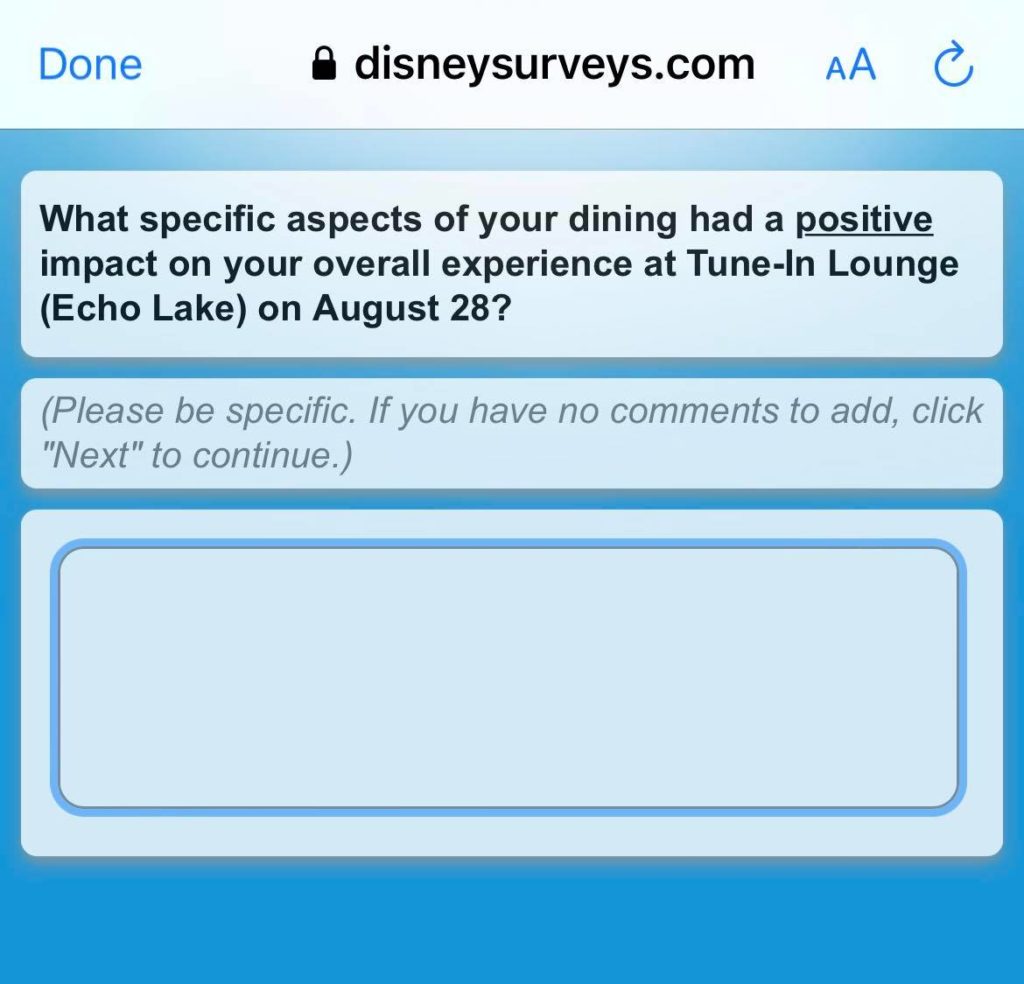 MickeyBlog was then asked several questions about specific dining experiences. In our case, they focus was on Tune-In Lounge. 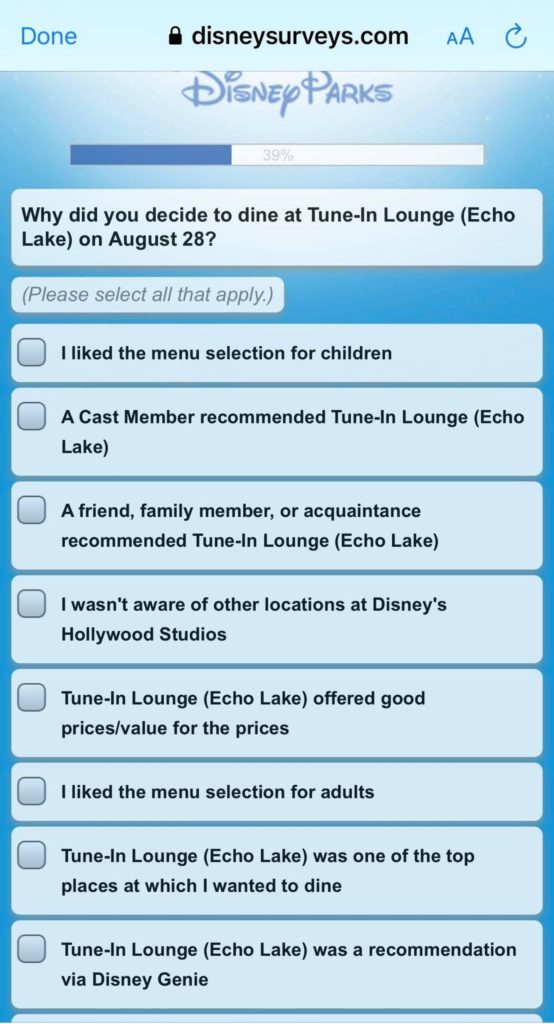 We were also asked specifically about Baseline Tap House. 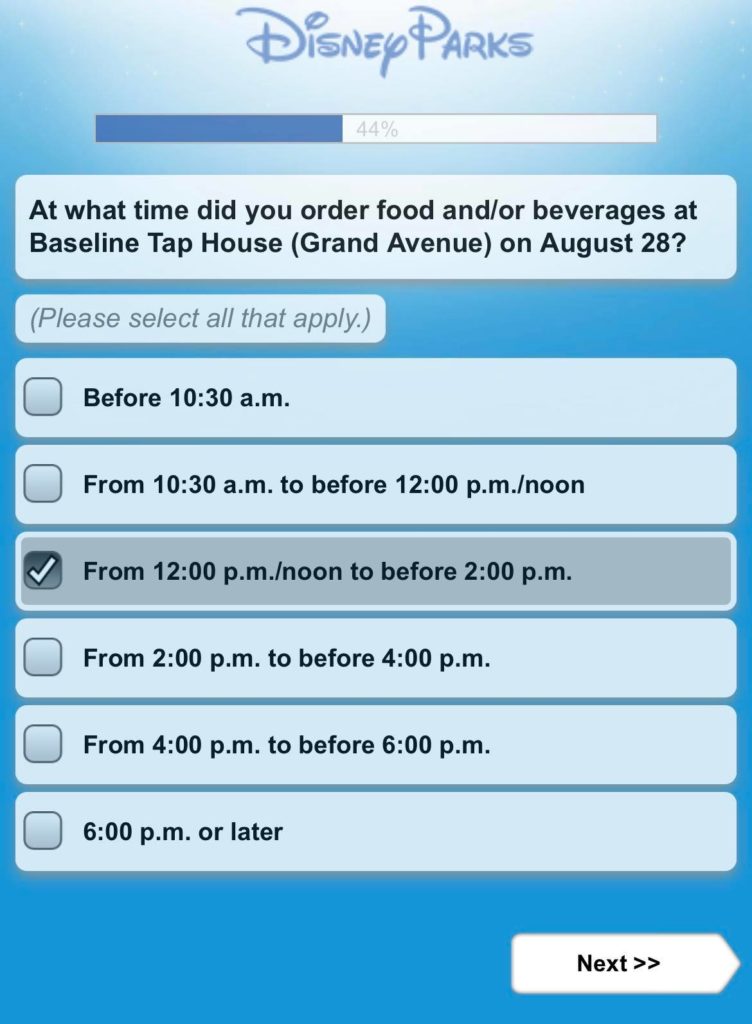 Then the survey switches gears a bit and asks whether or not there was specific cuisine that guests felt couldn’t be found at Hollywood Studios. 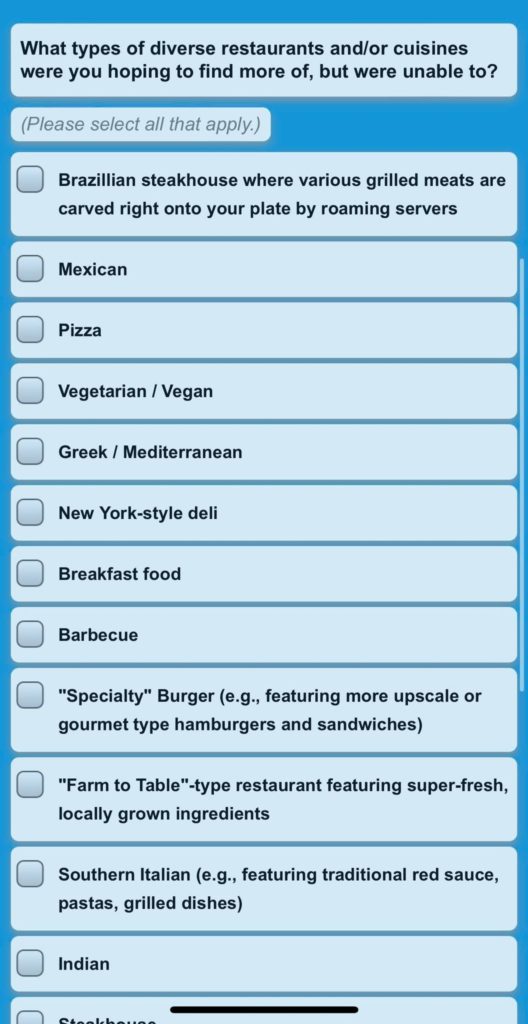 It was also gauging the need for dietary requirements.

From the looks of it, Disney is definitely taking a closer look at theme park dining options.  Again, we aren’t sure if this is exclusive to options at Hollywood Studios or Disney World as a whole. 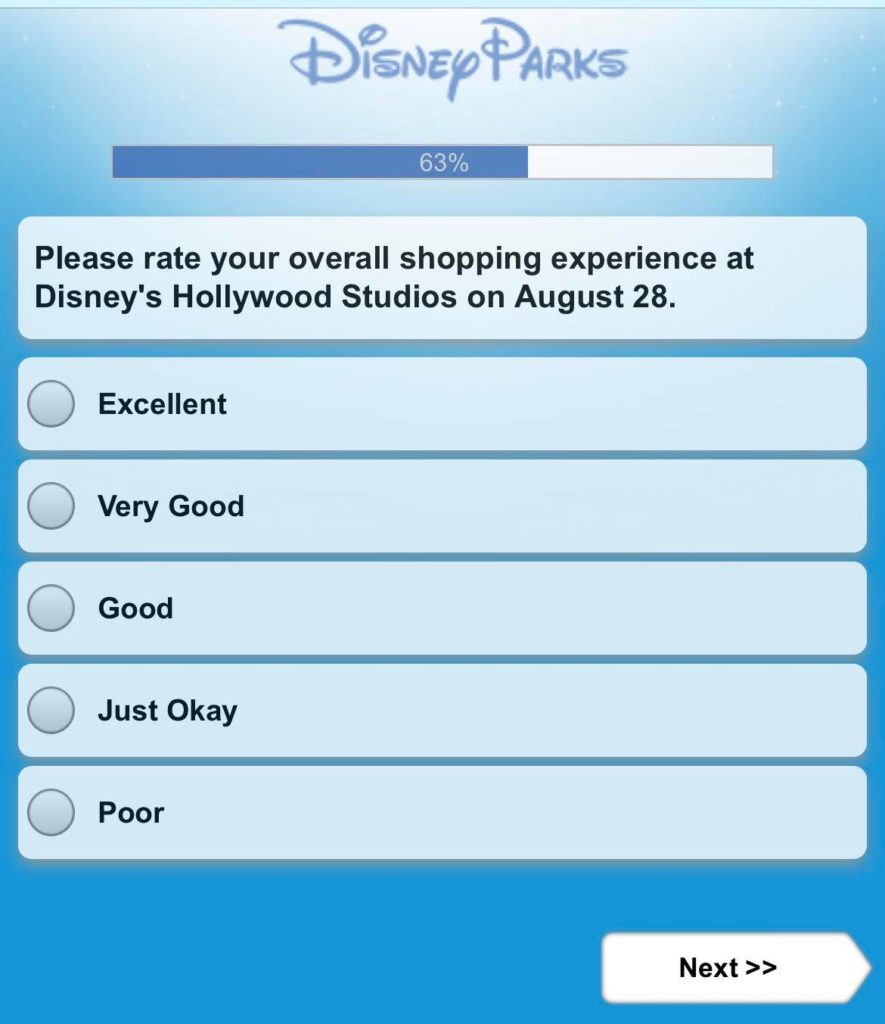 Often surveys like this can ultimately serve as a precursor to changes made at the parks or resorts. 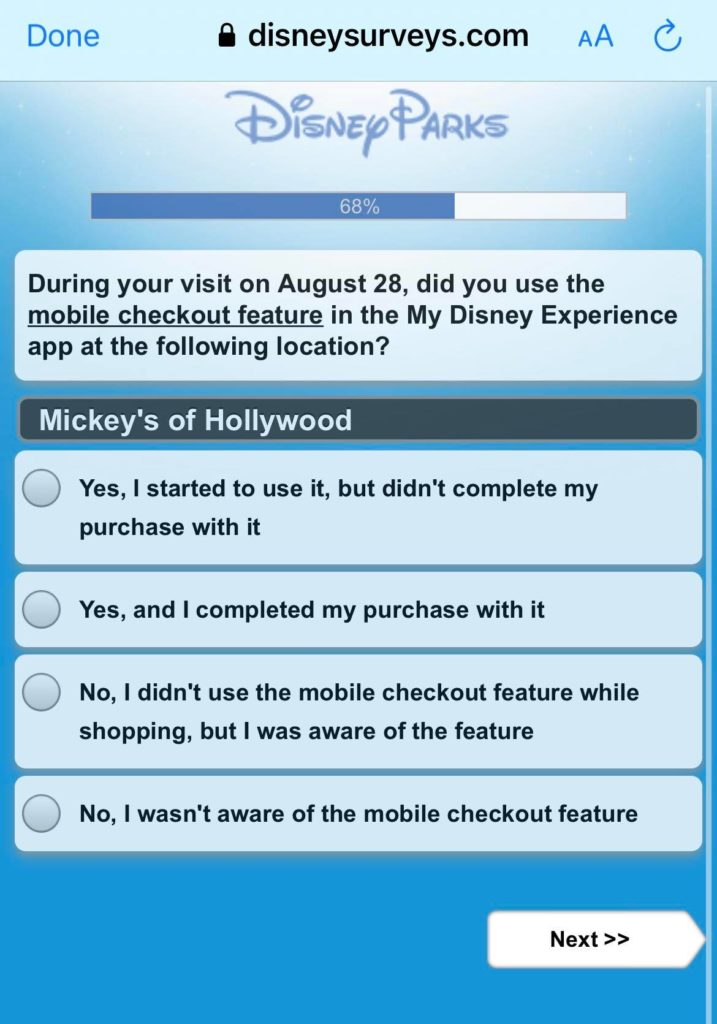 With this in mind, we’ll be paying close attention to Disney World happenings and promise to keep you posted. 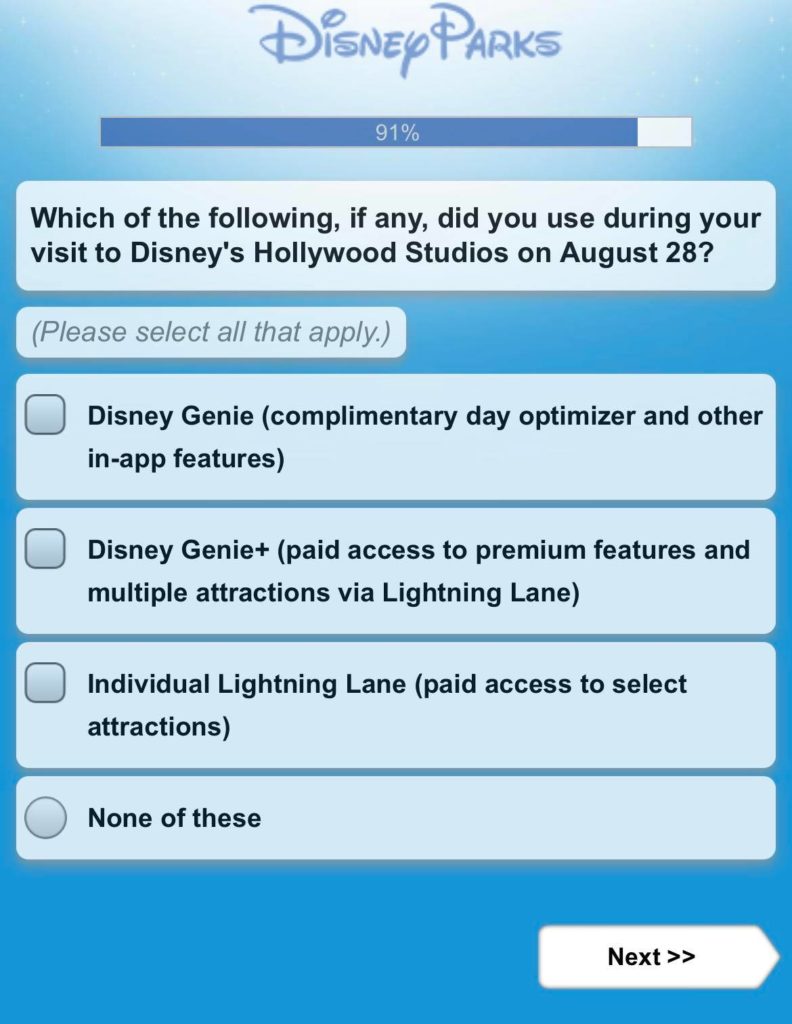 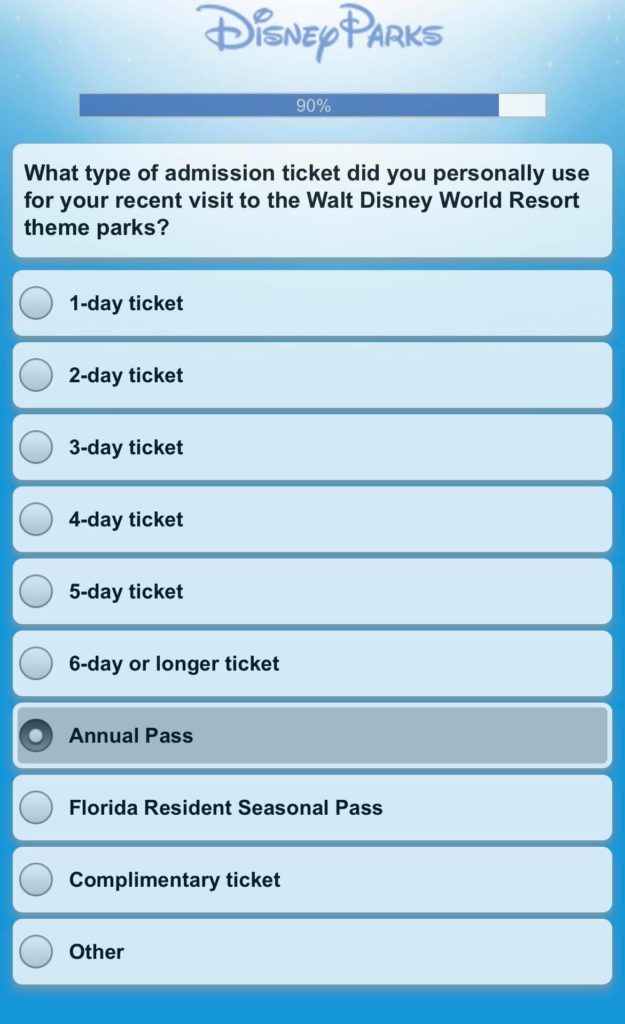