Exploring The (Many) Sponsorships of Magic Kingdom

The Walt Disney Company prides itself on being the sole owner and operator of its Orlando property, Walt Disney World Resort. Disney has even gone so far as to create its own taxing district in which it governs itself! 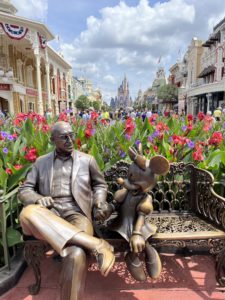 Although Disney proudly runs their Resort, it isn’t without the help of sponsors. Let’s explore a few of the many companies that provide the sponsorships behind some of our favorite shows and attractions! 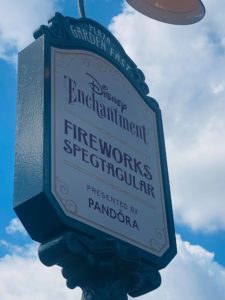 The jewelry mecca is the sponsor behind the brand new 50th Anniversary fireworks show, Disney Enchantment. Pandora and Disney partnered long ago when Pandora began making Disney charms for their extremely popular bracelets. 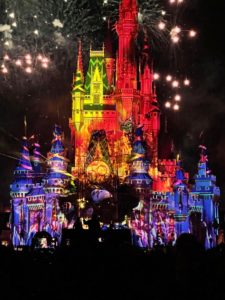 That partnership continued to grow, and now Pandora’s sponsorship of the show is announced nightly in the Magic Kingdom ahead of the fireworks show! 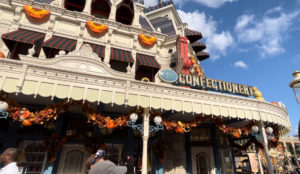 One of the newest sponsorships at Walt Disney World comes from the ‘sweetest’ company on our list, Mars candy. The Main Street Confectionary recently underwent a full refurbishment, which resulted in the Mars sponsorship of today. All of the sweet treats featured in the Confectionary now bear Mars candy coatings like Snickers, Skittles, and of course M&M’s!

The national car rental service is the current sponsor behind the TTA Peoplemover. When the Peoplemover underwent a refurbishment and received a new voiceover, the Enterprise/Peoplemover sponsorship’s longevity was questioned. 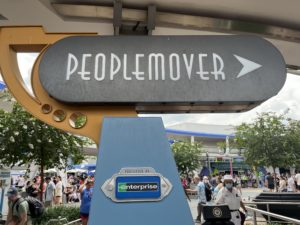 With the refurb beheind us, the Enterprise sponsorship is still going strong! Since both the Peoplemover and Enterprise are focused on getting people where they need to be and enjoying the ride along the way, this is the perfect sponsorship for the Tomorrowland attraction.

If you consider yourself a Disney fan at all, you’ve undoubtedly had your fair share of Dole whips. Dole is, and has always been, the one and only sponsor behind the Walt Disney World famous frozen treat! 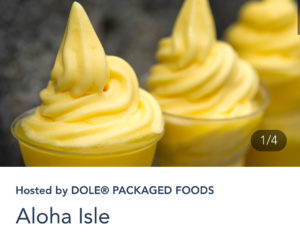 The exceptional non dairy soft serves have been flying out of Aloha Isle in Magic Kingdom for decades, and we are pleased to report that neither the popularity of Dole whips nor the sponsorship from the Dole company are showing any signs of slowing down!