Mickey’s Boo to You Parade delights Guests during a late-night spectacular.  Truly, everyone loves a great parade, so let’s see who made an appearance. 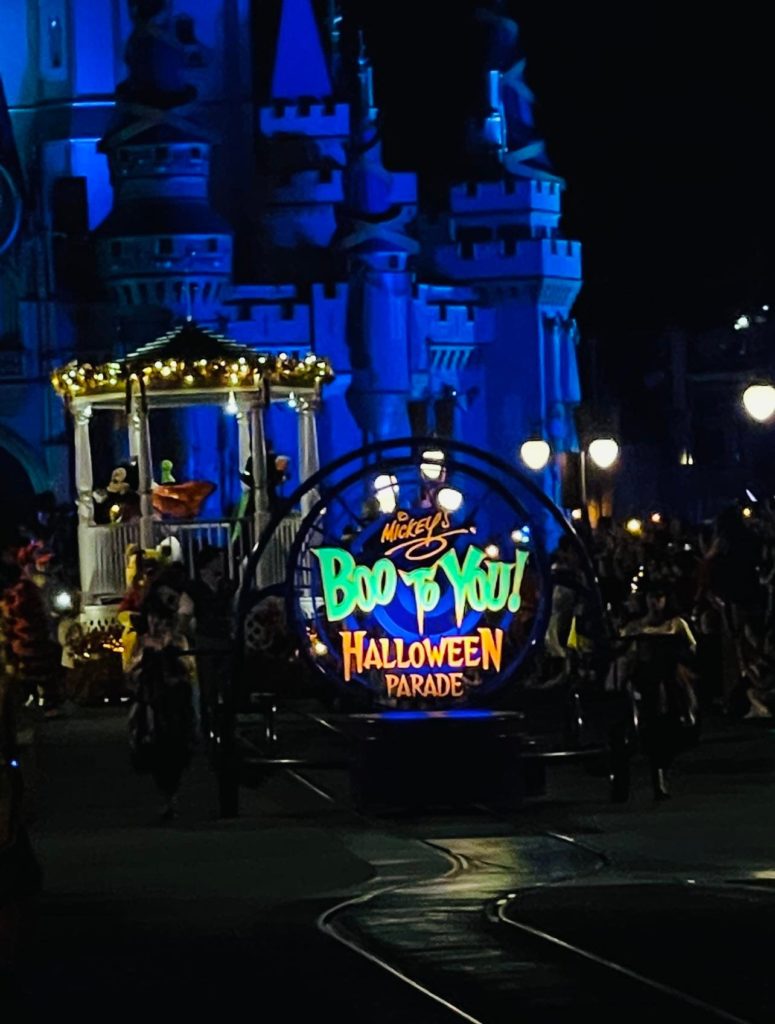 Of course, we expect to see some classic Disney characters.  Here is Winnie the Pooh, Tigger, Pluto, and more! 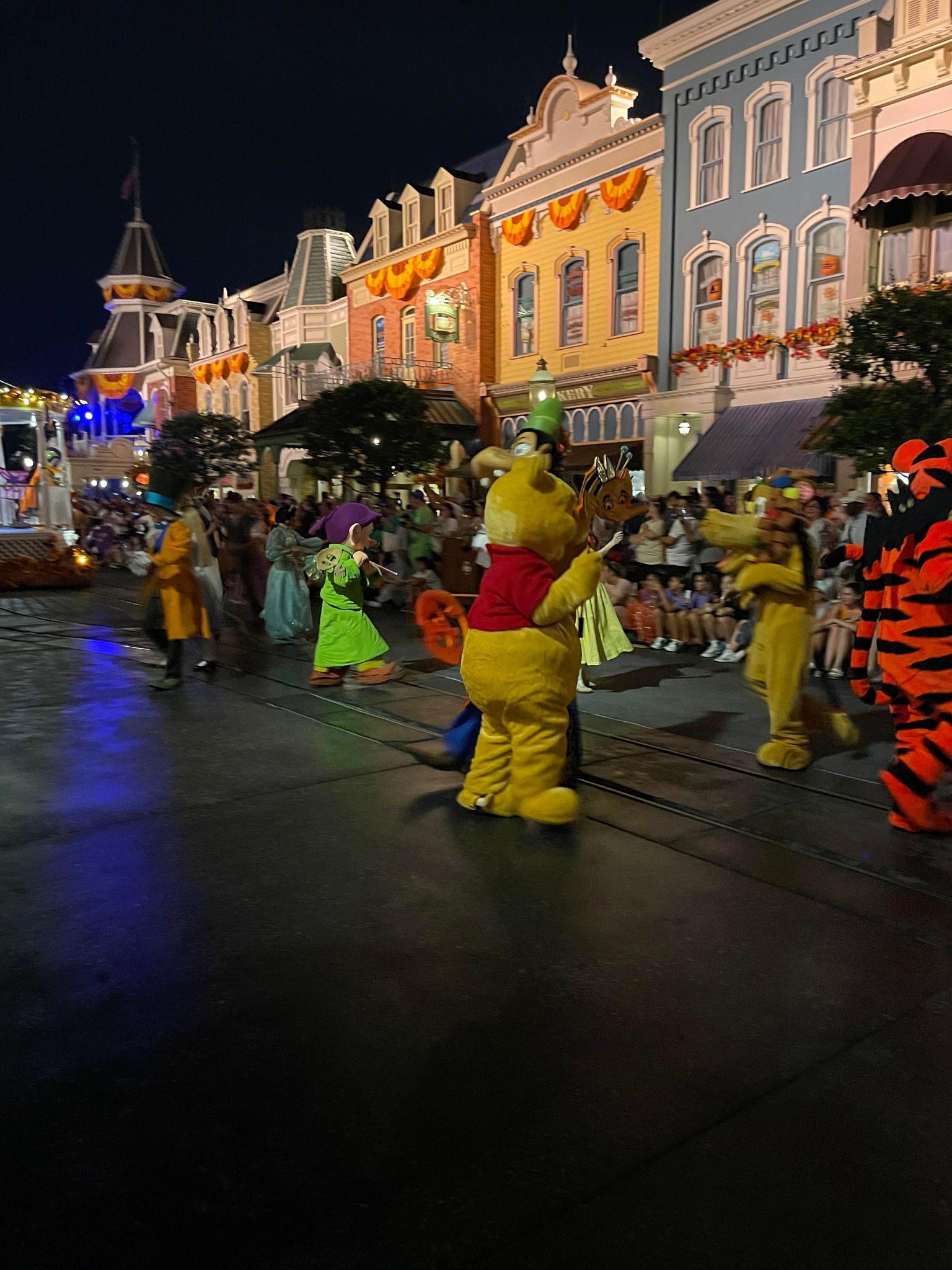 Hello, Tinkerbell!  Surely, you are spreading some sweet Halloween magic in your pixie dust! 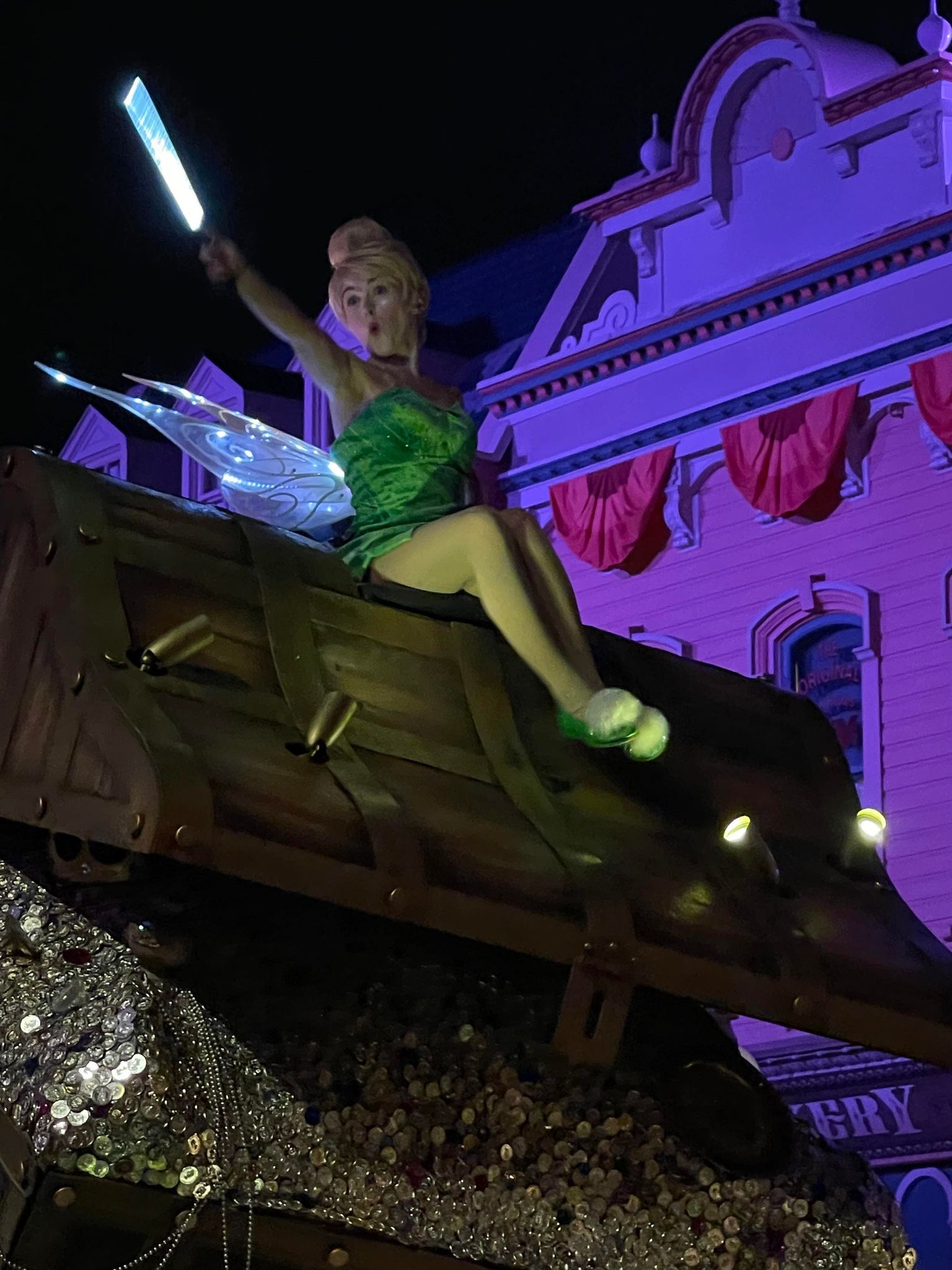 The Country Bears are definitely classic Disney characters in the parks.  They also made an adorable appearance. 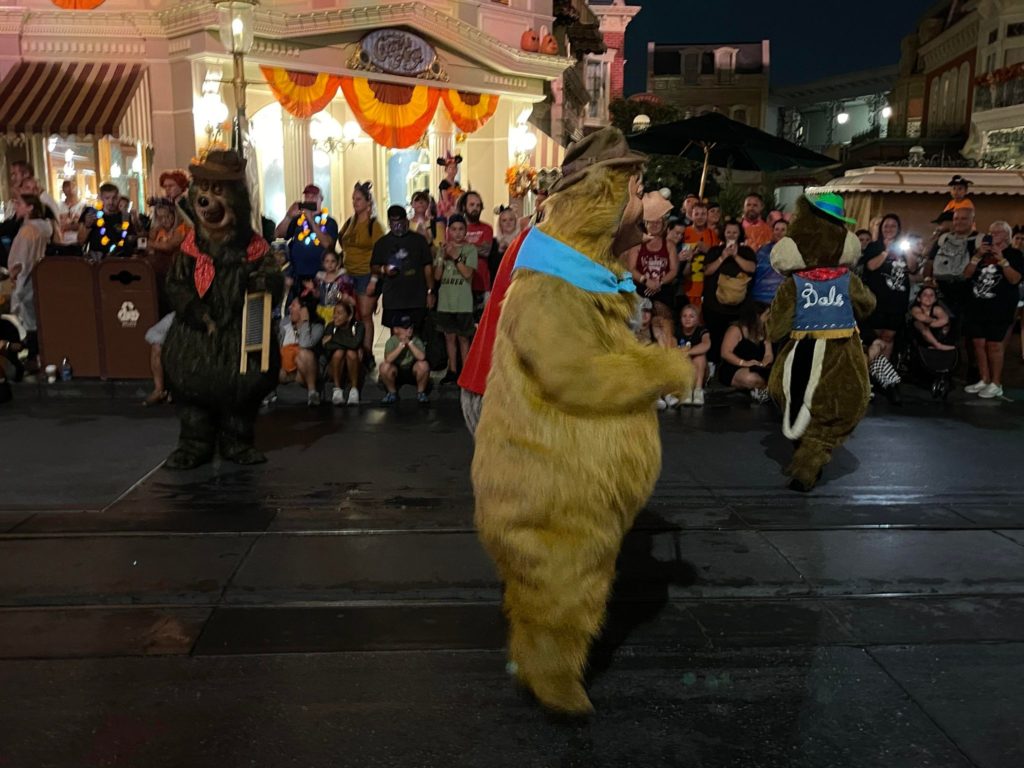 Of course, there must be appearances from classic Haunted Mansion characters, such as The Bride. 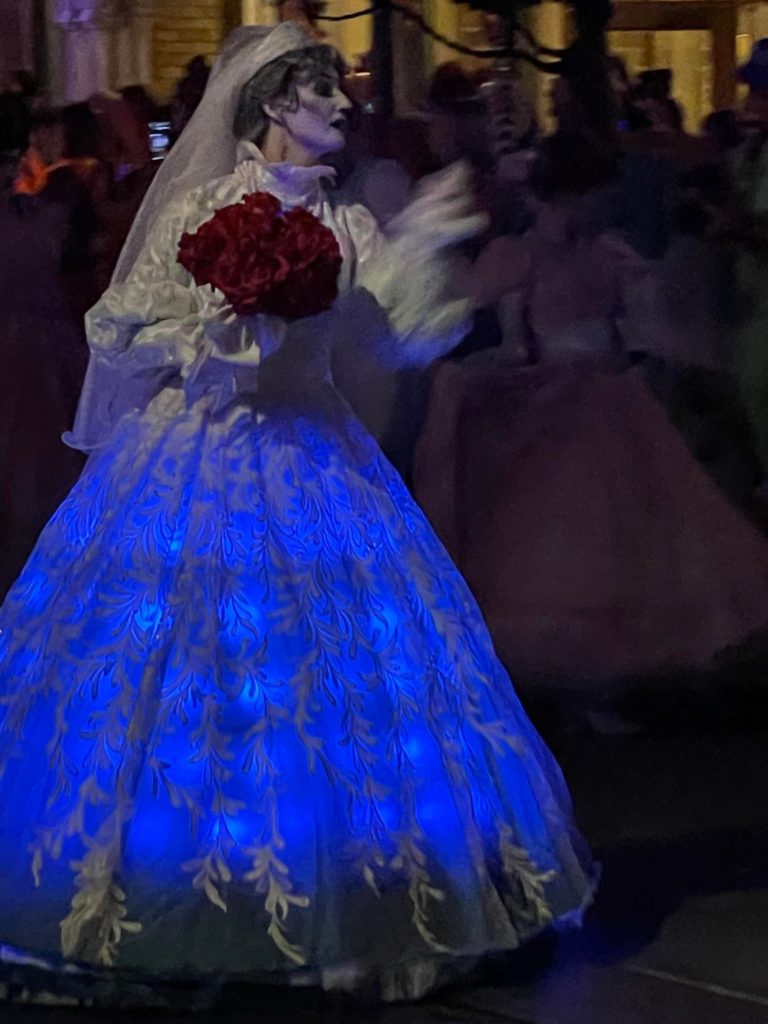 In addition, The Hitchhiking Ghosts looked amazing as eerie apparitions. 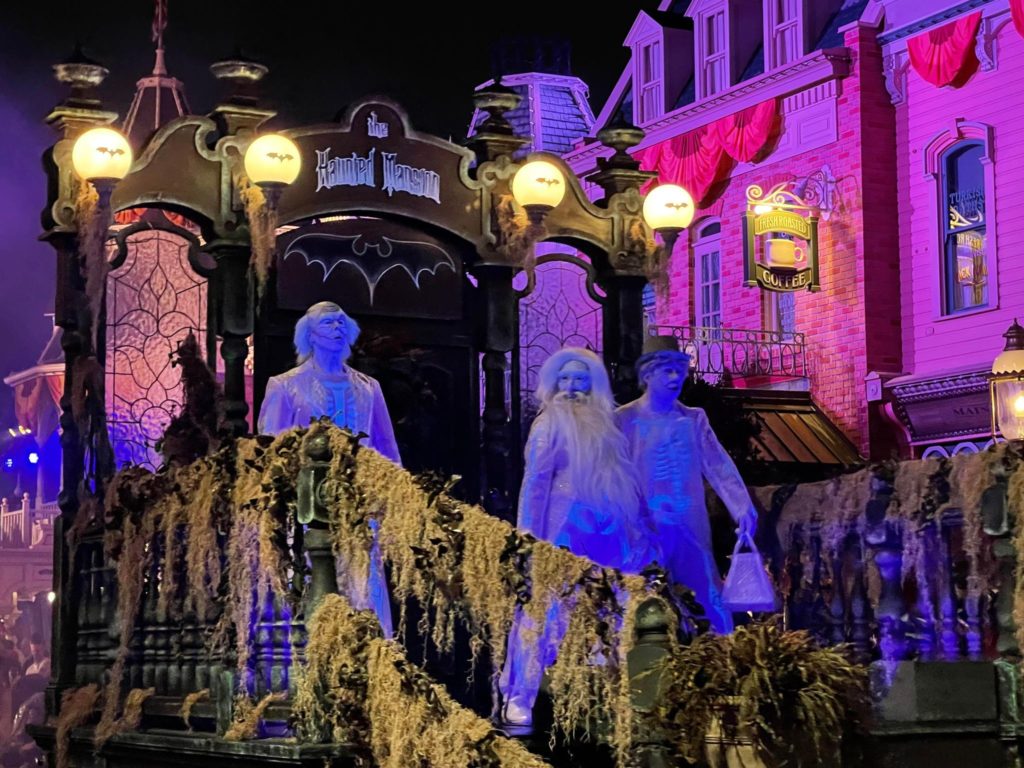 Alongside The Haunted Mansion float were the Gravediggers.  They definitely showed off some great moves! 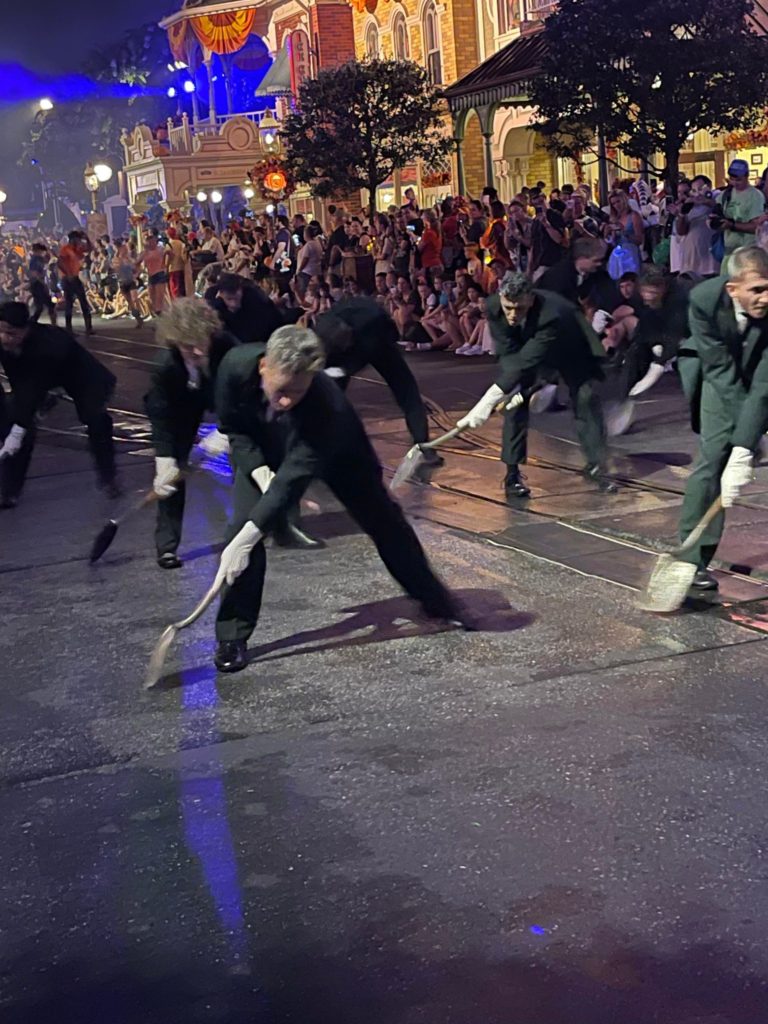 Daisy is precious in her witch Halloween costume.  Of course, she is a good witch! 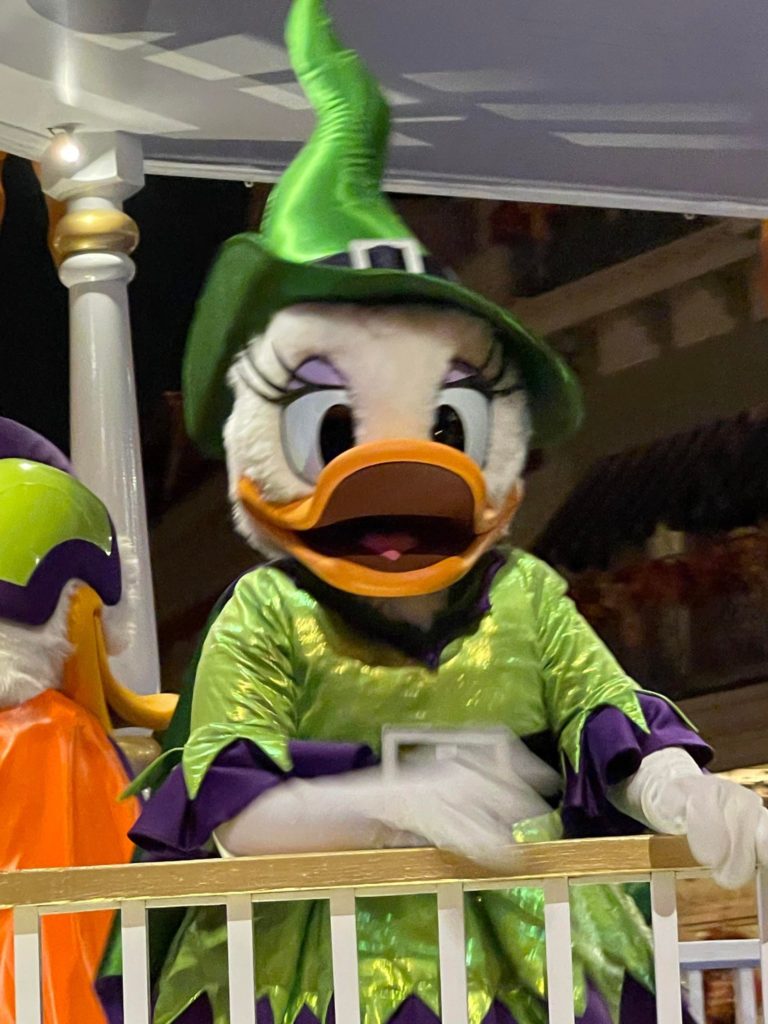 Minnie Mouse wows the crowd with her adorable fairy costume.  Perhaps she is the true fairy godmother! 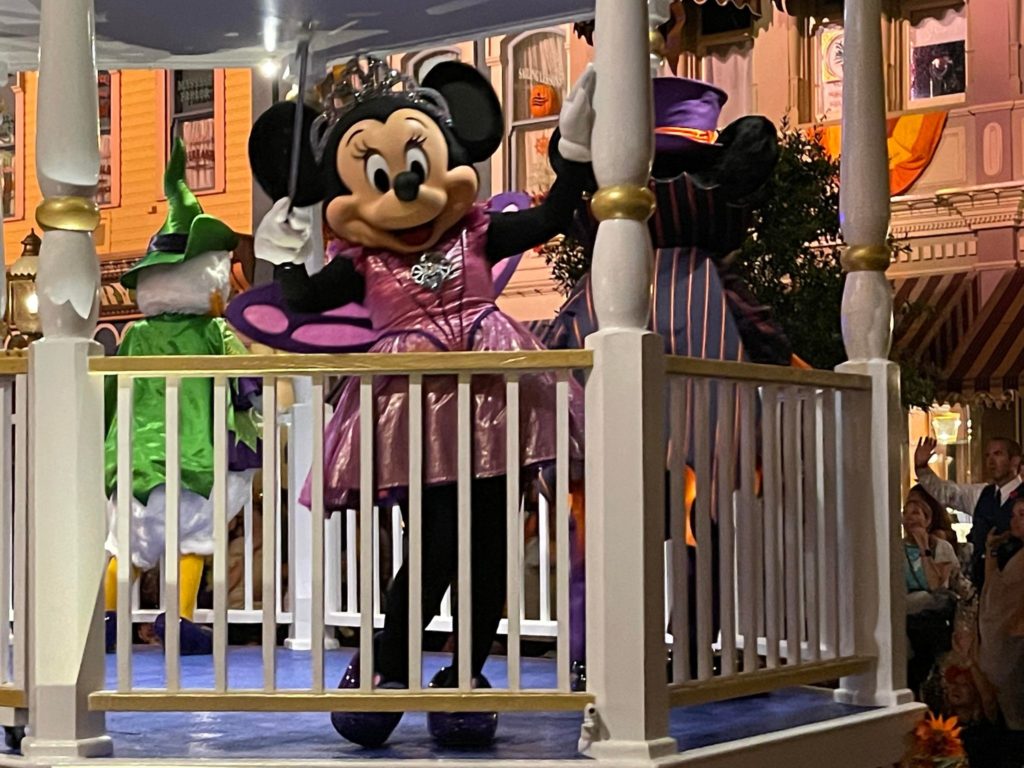 Naturally, we expect to see Mickey Mouse. Mickey is dapper in his vampire costume. 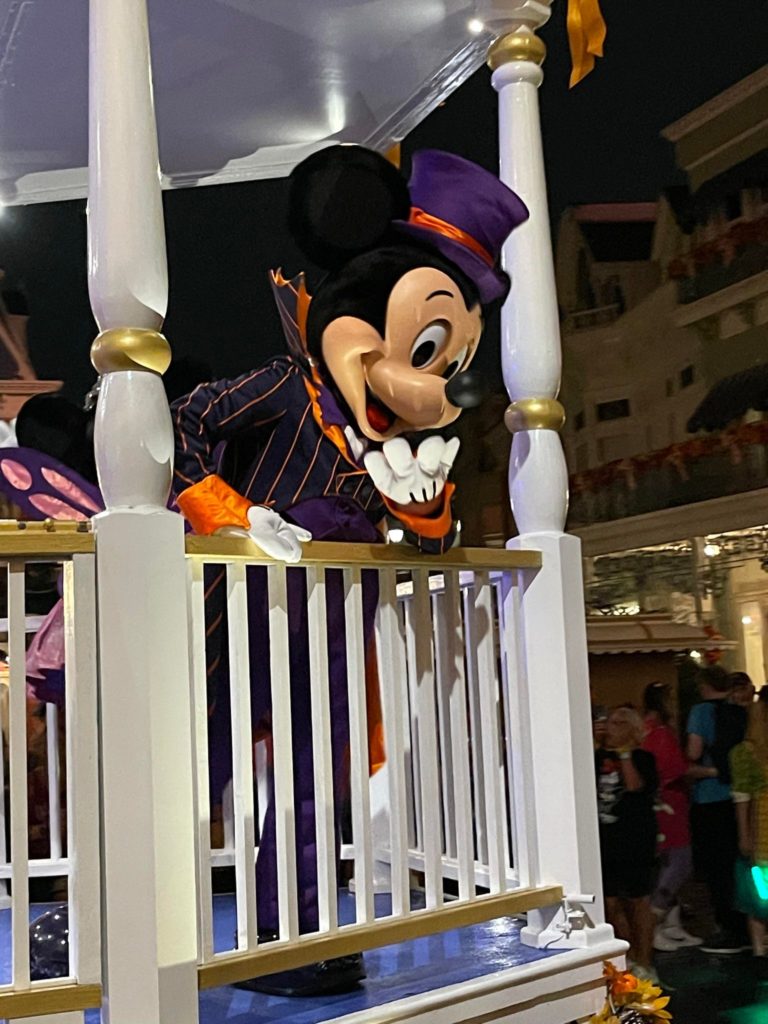 So, who comes to the rescue while villains are trying to take over your parade?  Buzz Lightyear, of course! 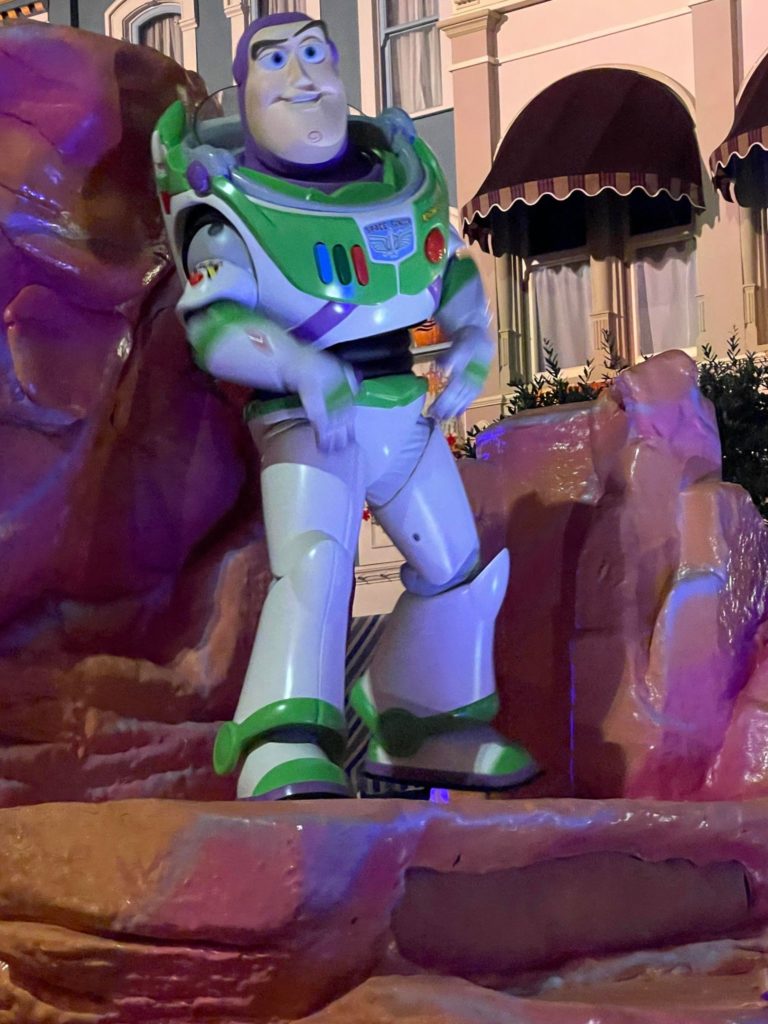 Other Pixar characters throughout the parade included Edna Mode.  If you see her, then you also see… 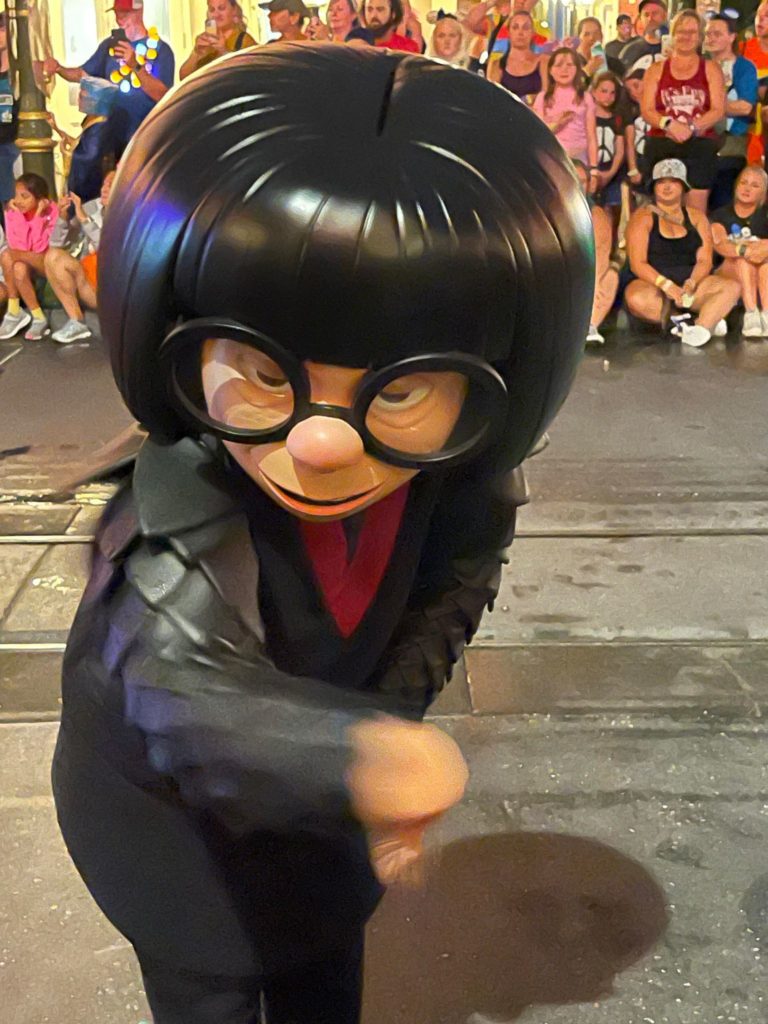 The Incredibles!  Yes, Mr. and Mrs. Incredible made a heroic entrance! 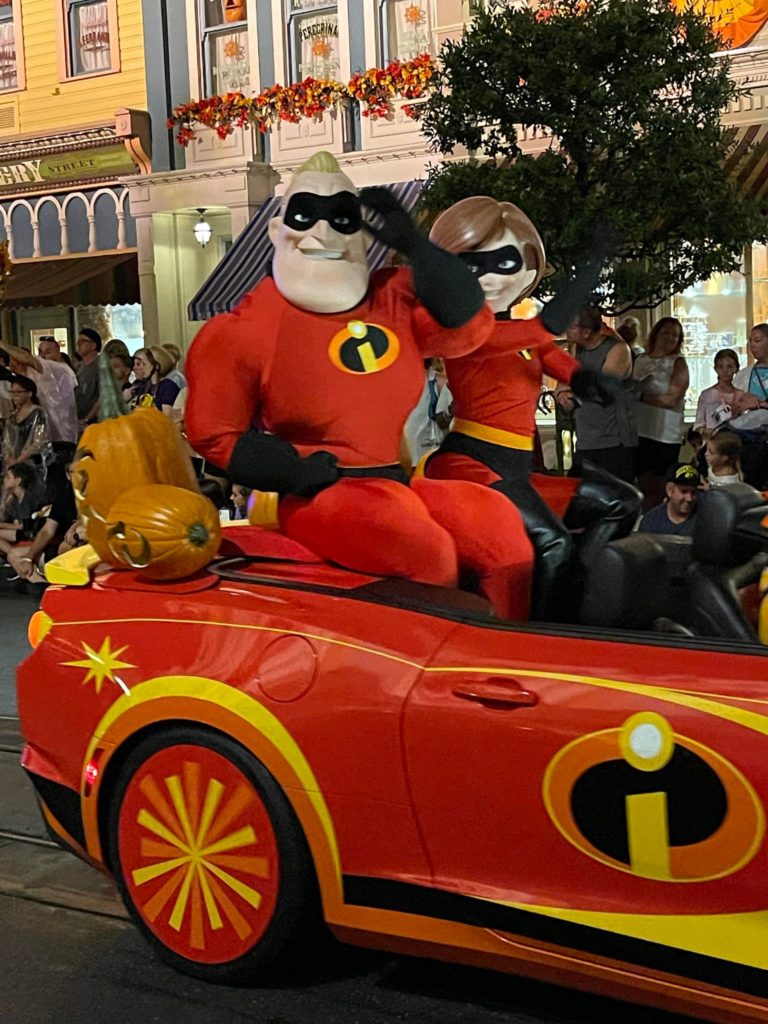 In addition, we expect to see a few rare characters during special events at the Magic Kingdom.  The first of these characters is Clarabelle Cow.  However, she is leading in an even more rare character. 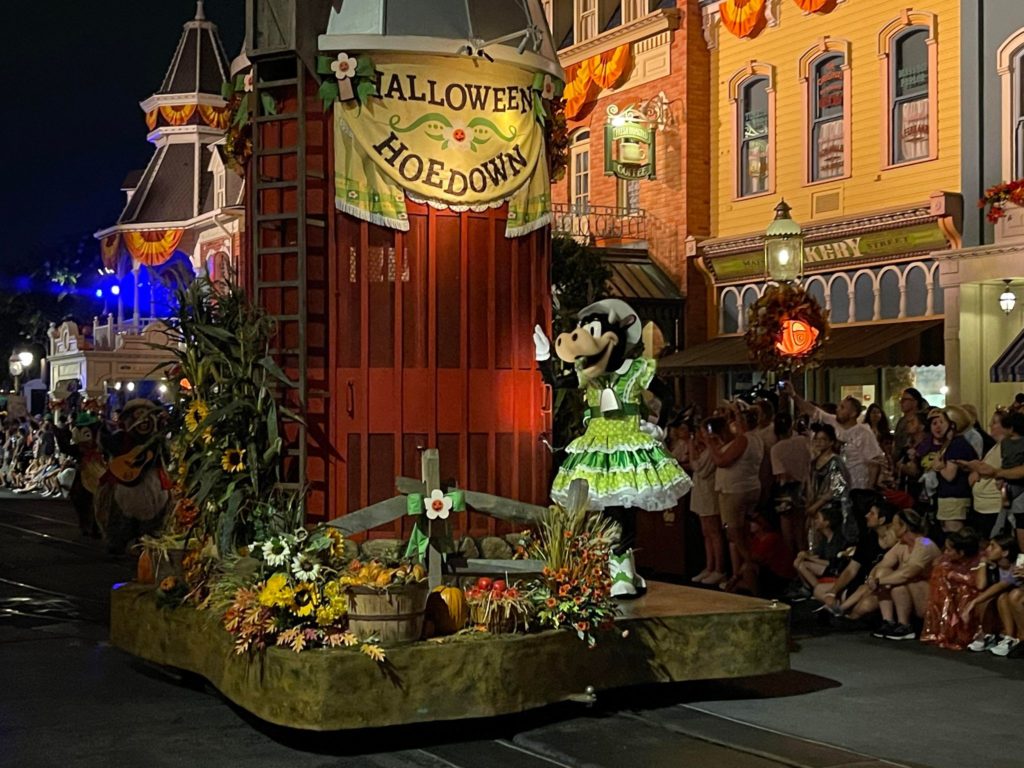 Here is Clara Cluck in her hen house!  We love her so much! 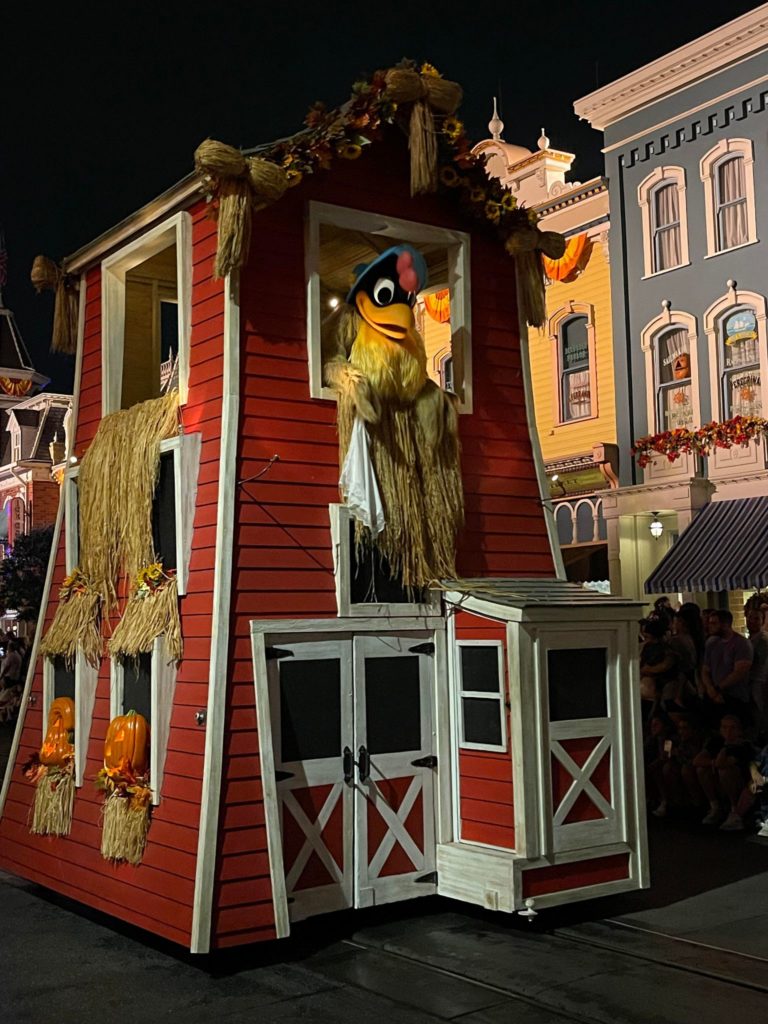 Next, we happily saw Ralph from Wreck-It Ralph.  His larger-than-life personality brings joy to us all.  Can you guess who came next? 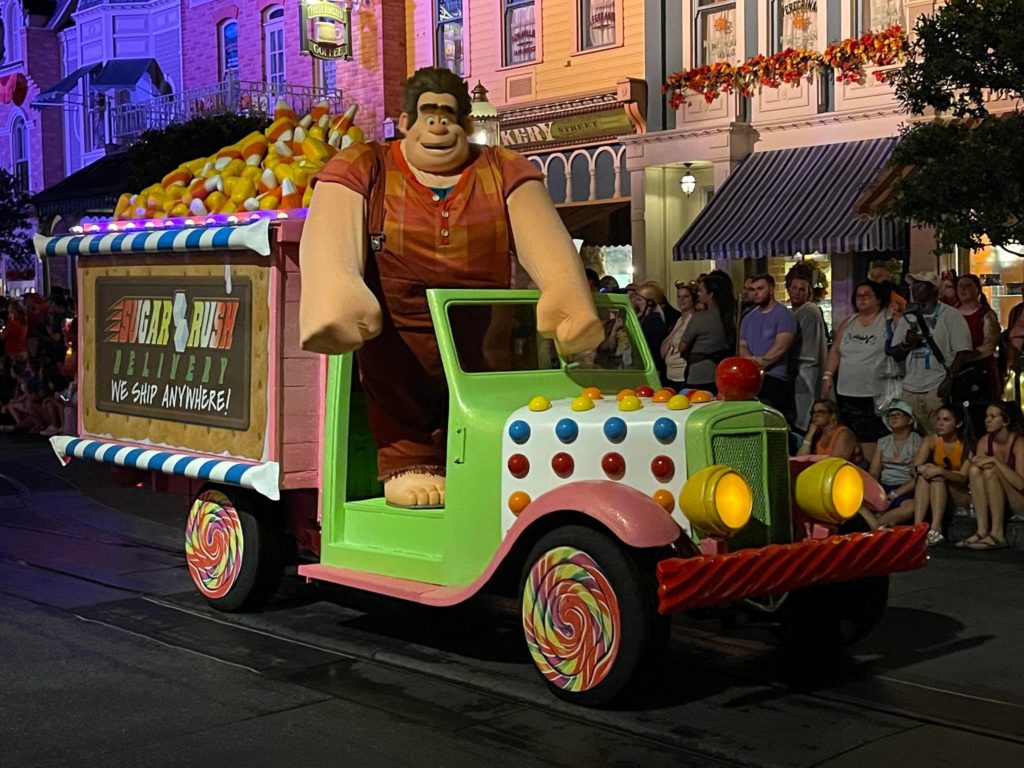 Vanellope Von Schweetz!  She is working that candy machine, ready for a Halloween sugar rush. 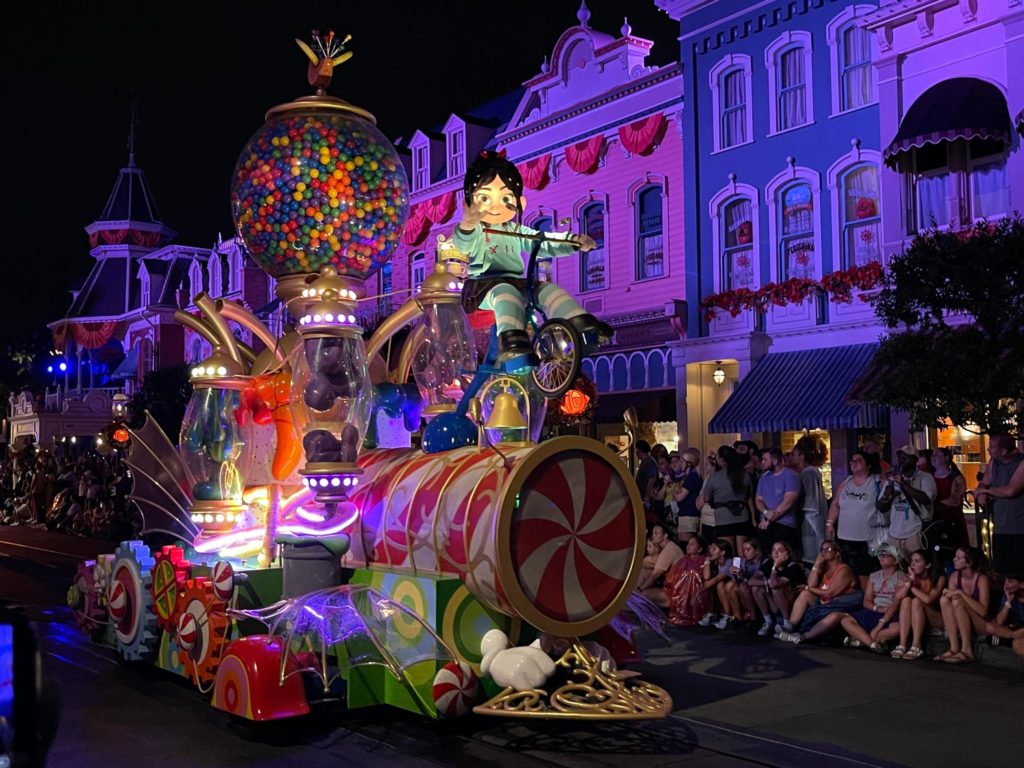 Of course, villains star in Mickey’s Boo to You Parade.  The hyenas from The Lion King overjoyed Guests along the path. 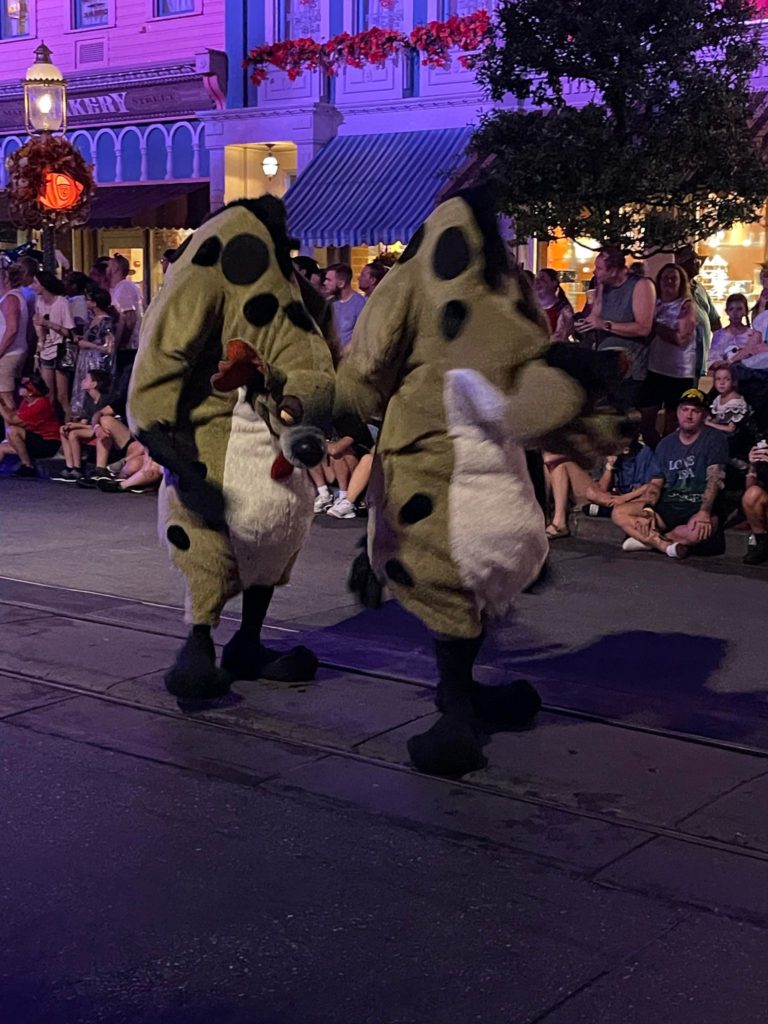 Pain and Panic also appeared in the parade.  They are so mean, they’re cute! 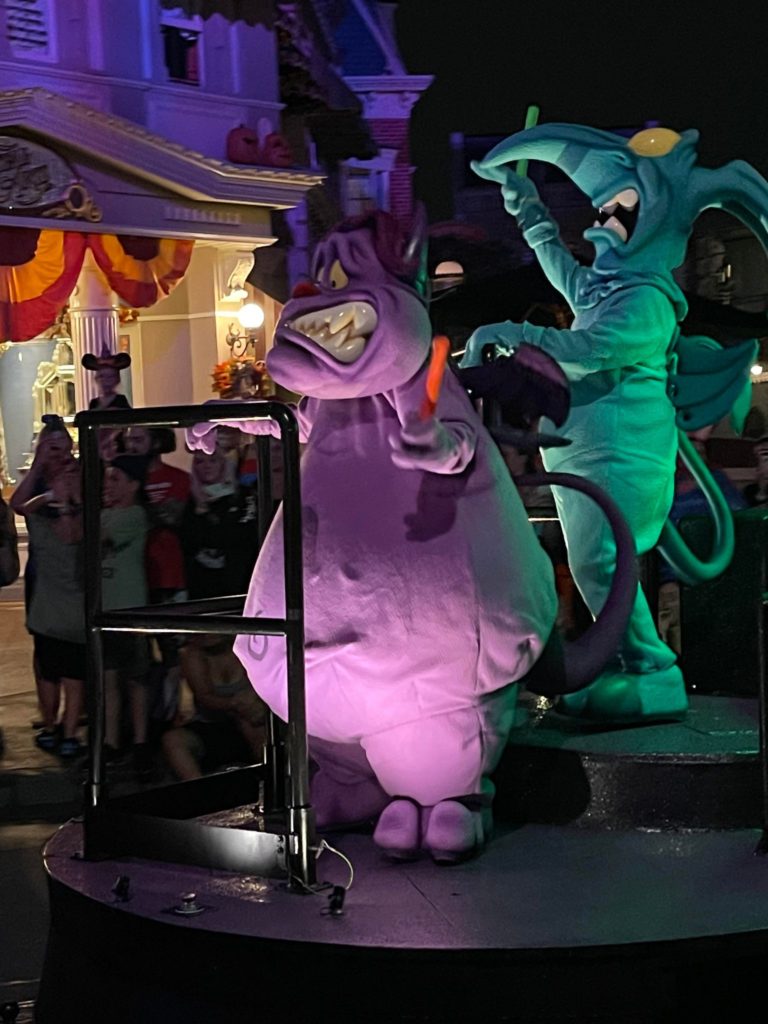 Finally, we saw more of the classic villains, including Cruella DeVil, Oogie Boogie, and the Queen of Hearts. 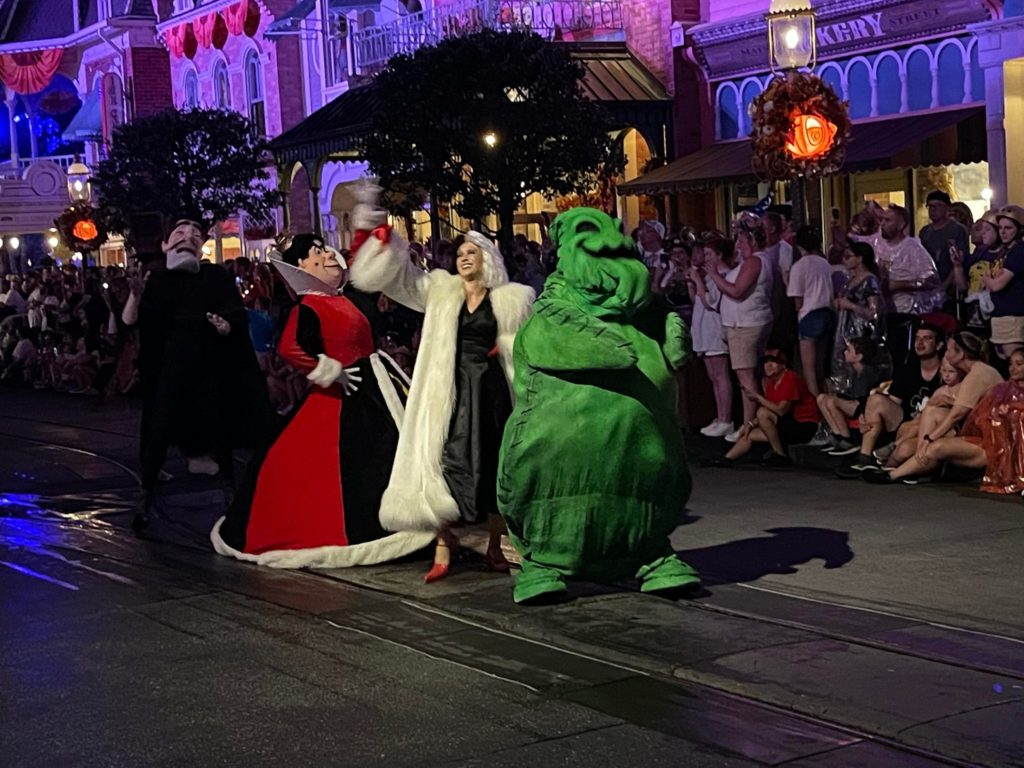 Jafar also intimidated crowds as he passed.  Hey, we thought you were in an itty-bitty living space! 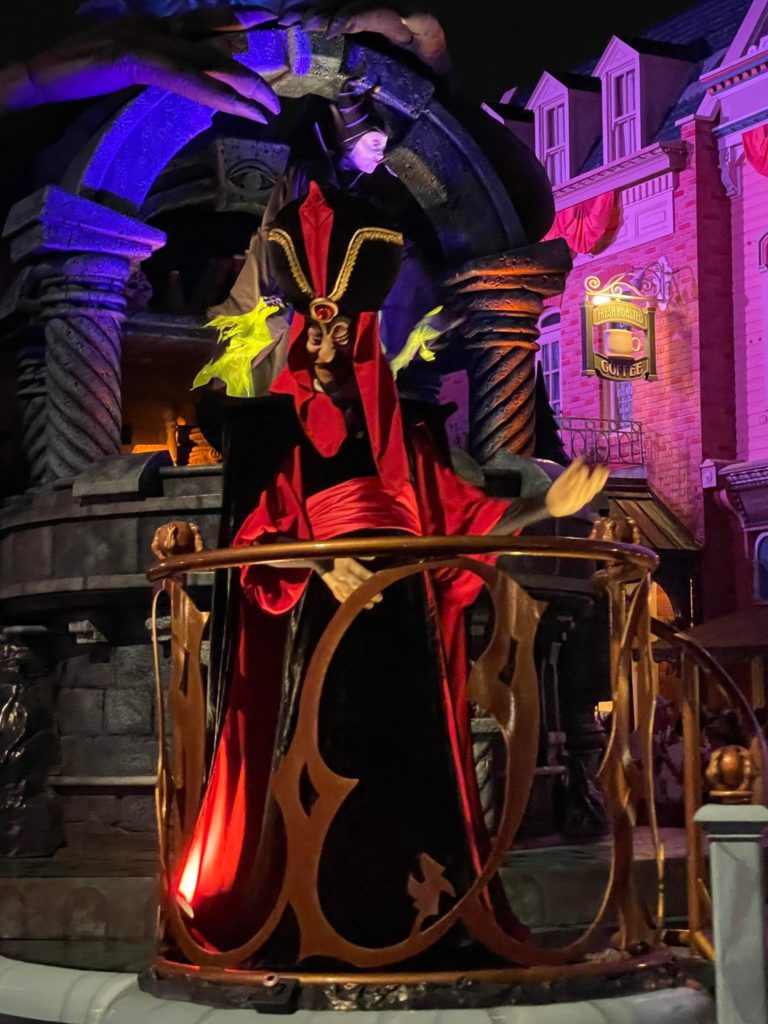 Finally, one of the most well-known and beloved villains finished up the parade.  Here is the Evil Queen! 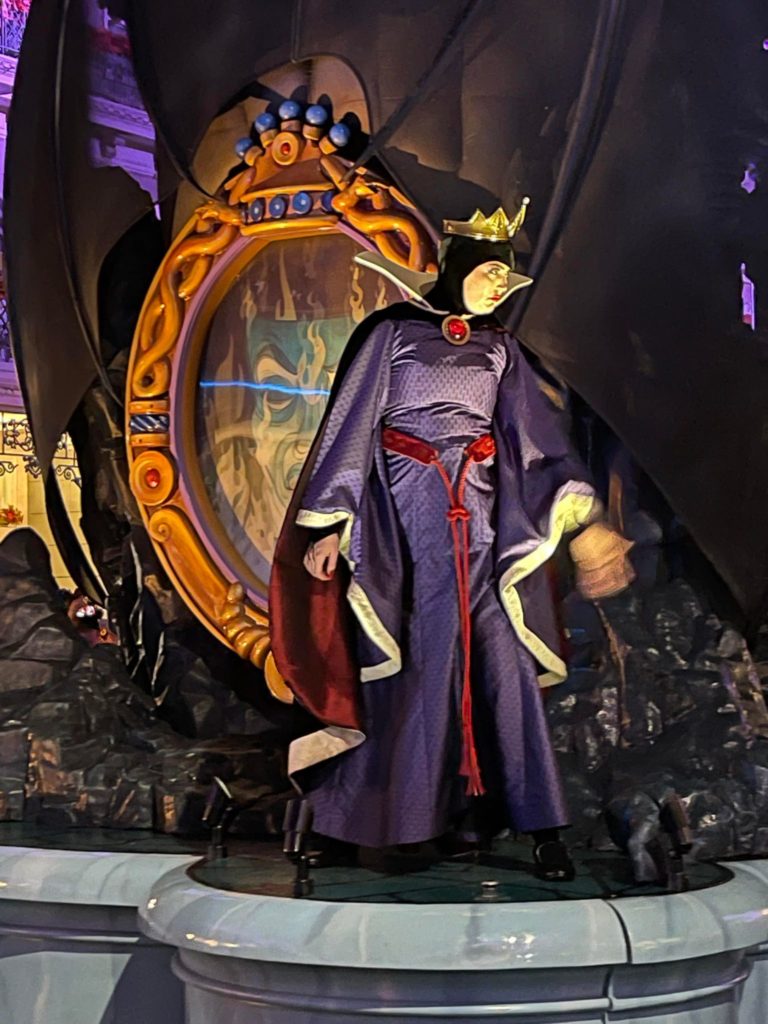 Mickey’s Boo to You Parade is loved by many Disney Guests.  It includes an iconic Halloween tune, along with treasured characters.  We, here at MickeyBlog, are so glad the full parade is back at the Magic Kingdom! 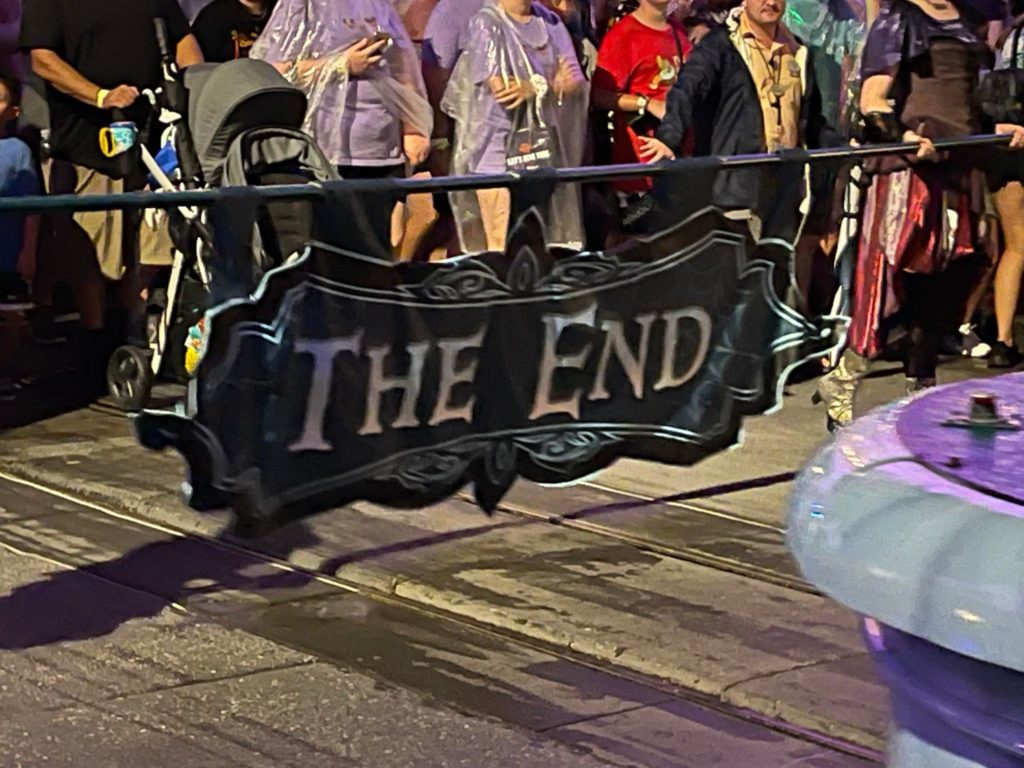