Ah, the Purple Wall. One of Magic Kingdom’s best-loved spots for photo taking and general Instagramming, thanks to its stylish shade, fun geometric print, and other fun features, such as the 50th anniversary Stitch statue. 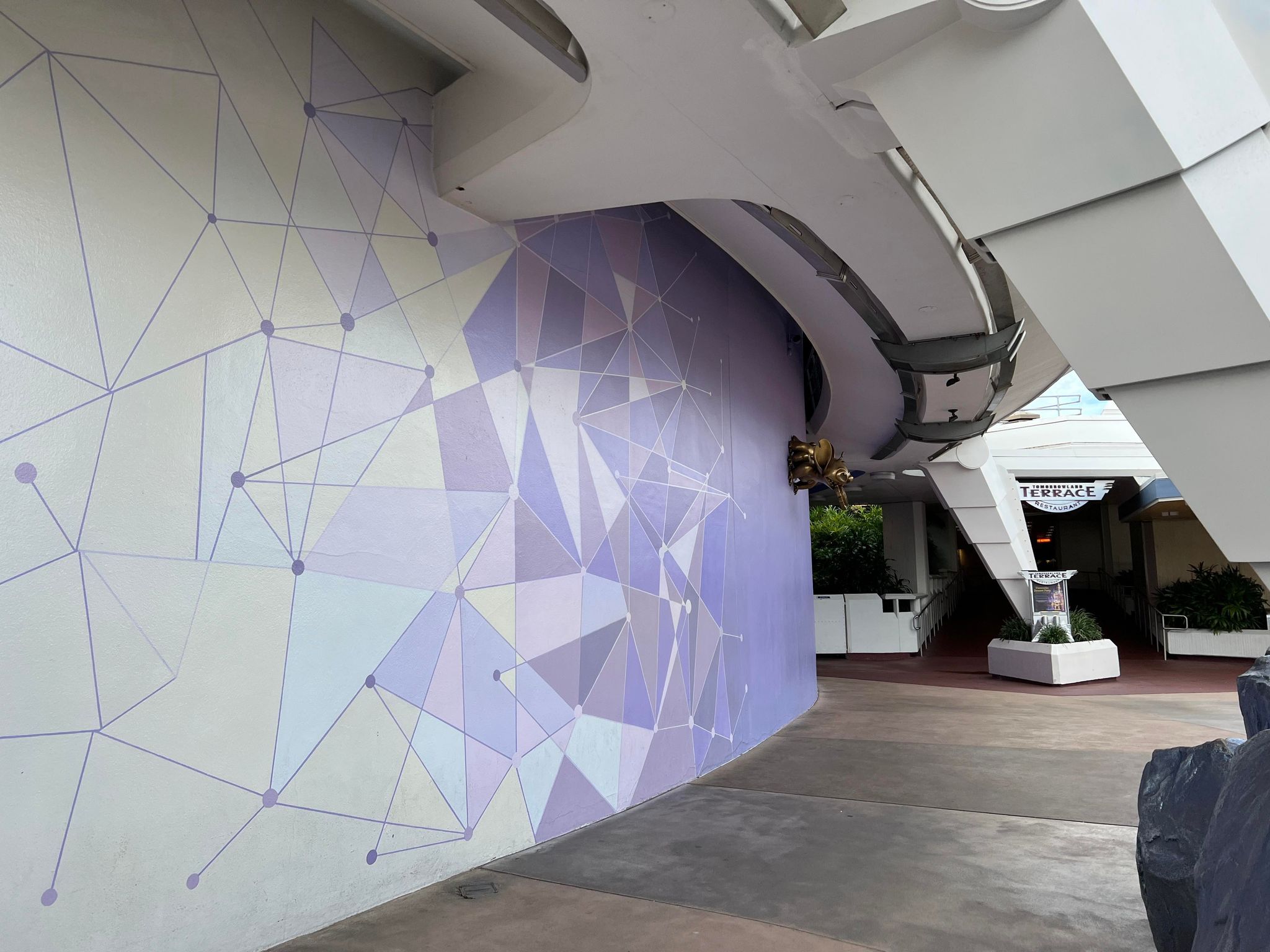 One of the most recent draws that brought guests to the Purple Wall was the instalment of the cute Pride Mural, which was placed close to the Tomorrowland Terrace end of the long, curved wall.

However, when MickeyBloggers passed by this morning, we were saddened to see that the rainbow Mickey mural had been removed, leaving a bit of a messy mark in its wake. 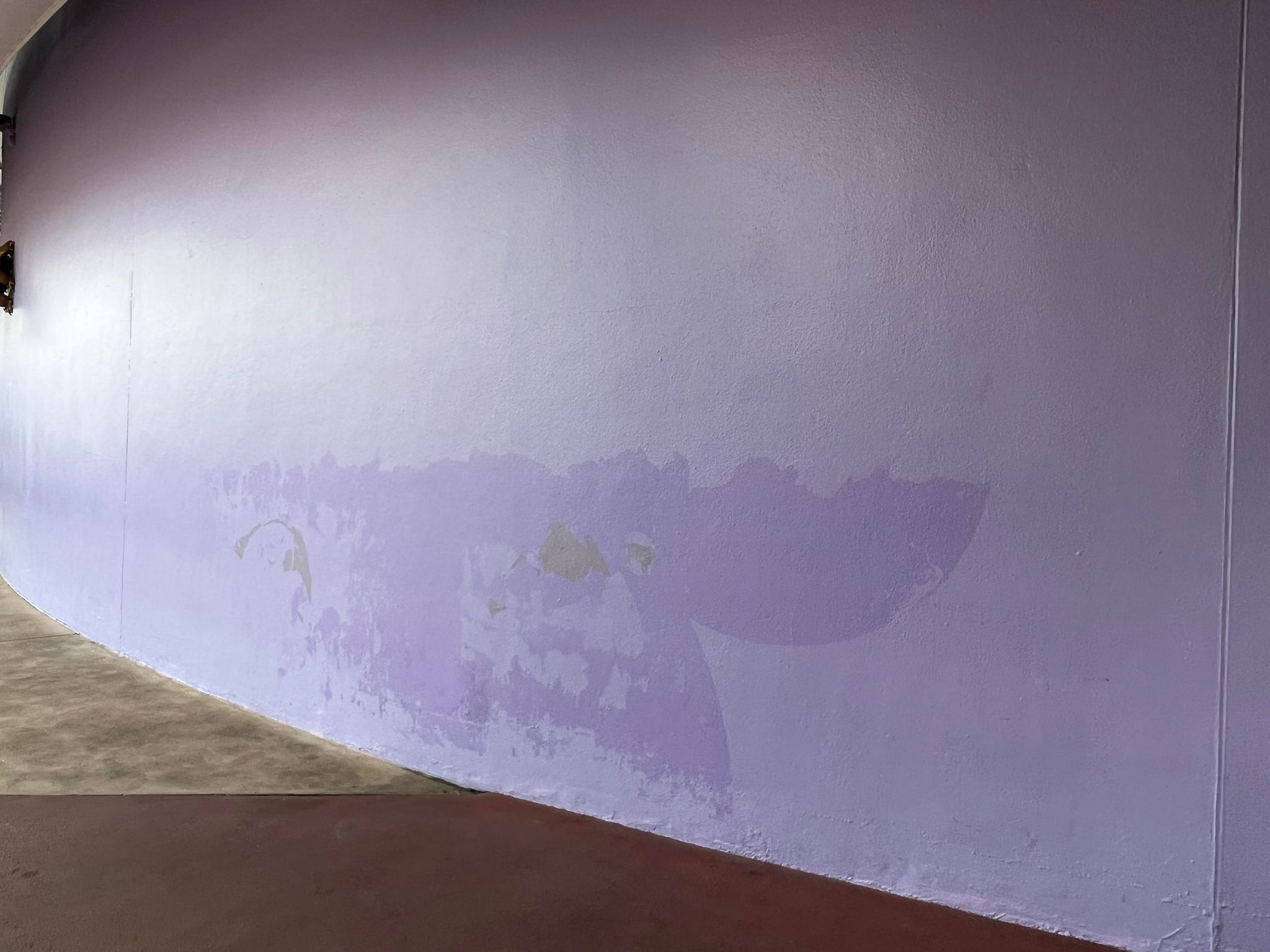 If you didn’t get to see the rainbow mural while it was up, here’s a photo of me posing by it back in May: 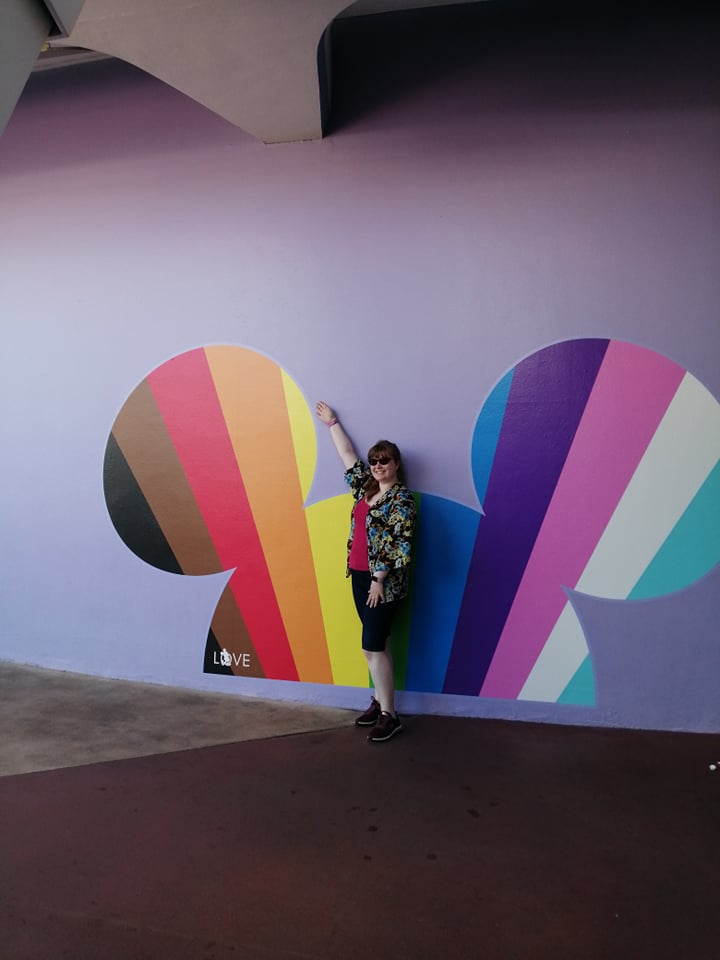 The mural was a silhouette of a pair of Mickey ears, colored by a bright burst of rainbow colors. In one corner was a Mickey Mouse “Love” logo, making for a great photo spot for guests to enjoy during Pride Month back in June. 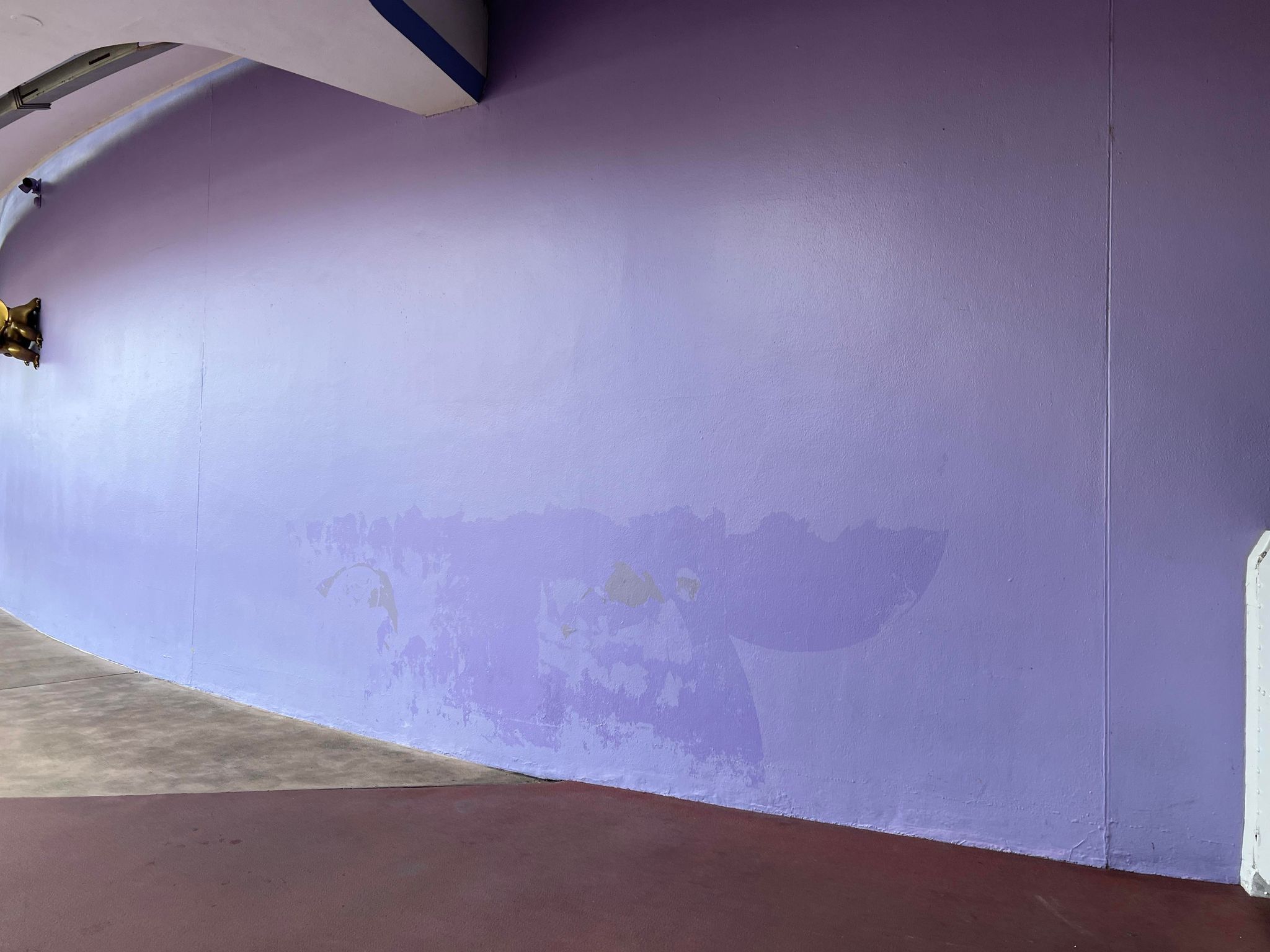 Now we’re in August, it’s sad to say that the celebrations of Pride Month have passed, and we’re saddened to see the sorrowful smudge left behind on the Purple Wall. 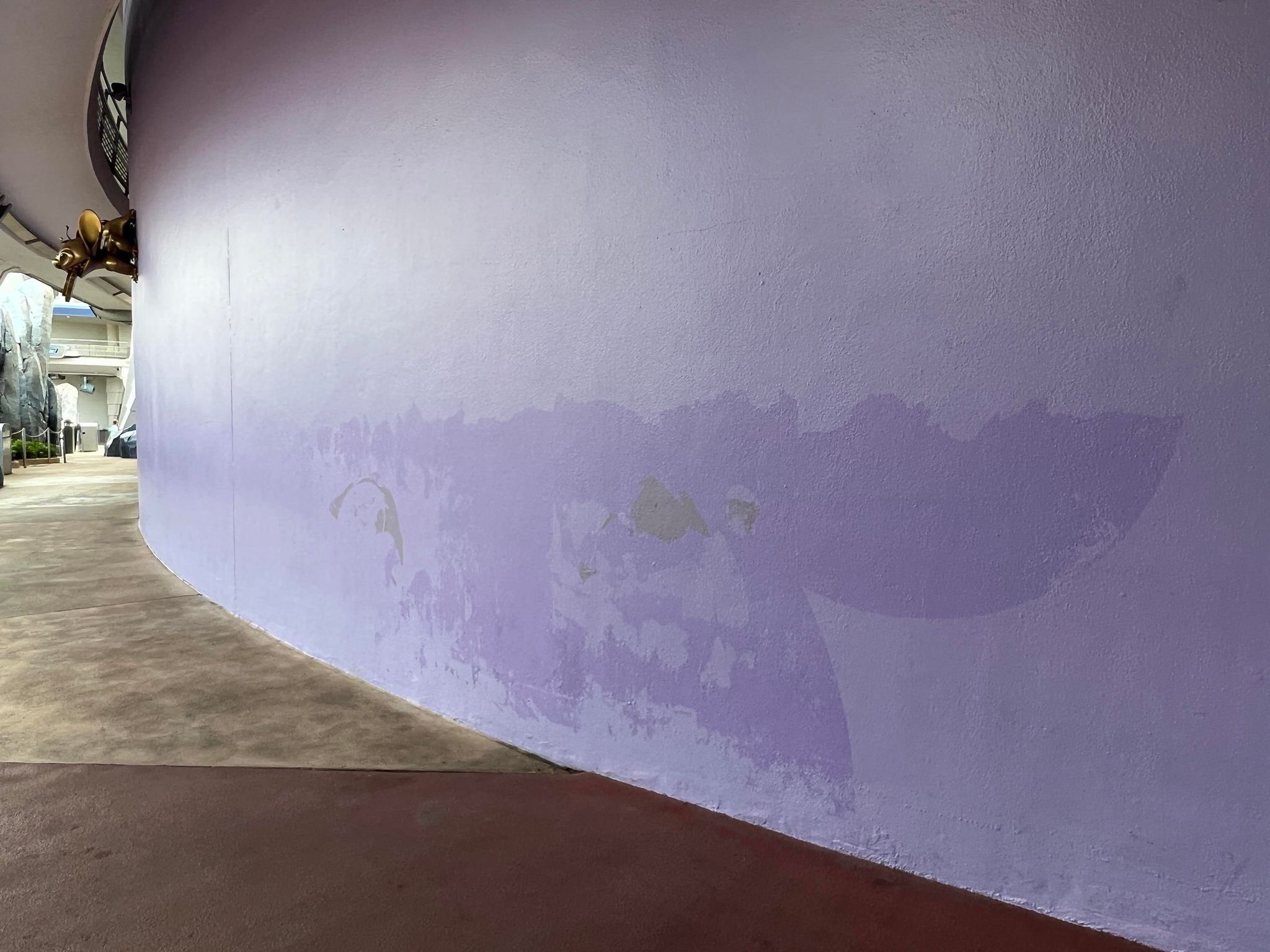 The Purple Wall photo mural was one of a few that were installed for Pride, with others including the “Love” sign at Disney’s Animal Kingdom, and this bunch of balloons at Disney’s Hollywood Studios.

Each of these fun pops of rainbow color provided a caring reminder of acceptance and love equality, and we’re saddened to see the murals be taken down. Who knows, maybe more will be installed in their place? We shall have to wait and see… 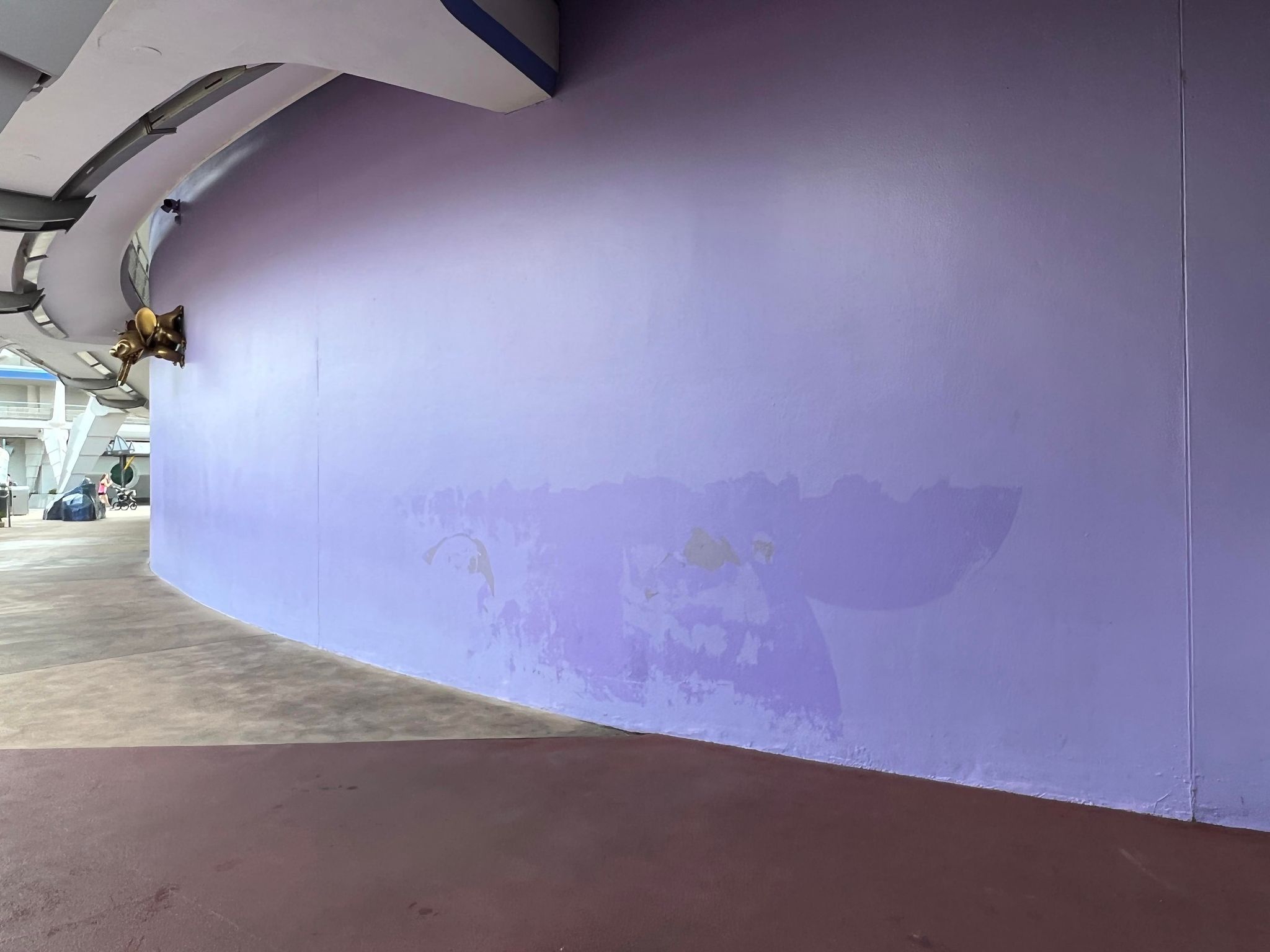 In the meantime, we’re hopeful that this area will receive a new lick of paint or a powerful wash in the coming days, anything to remove the mark the mural has left behind!