At Walt Disney World, the MagicBand+ has only been around for a couple of weeks, but they have already become this year’s most desirable Disney style accessory!

The latest high-tech development at the parks has really proved to be a success, with lots of fun and exclusive features to heighten guests’ park experience, and so many awesome designs to choose from. 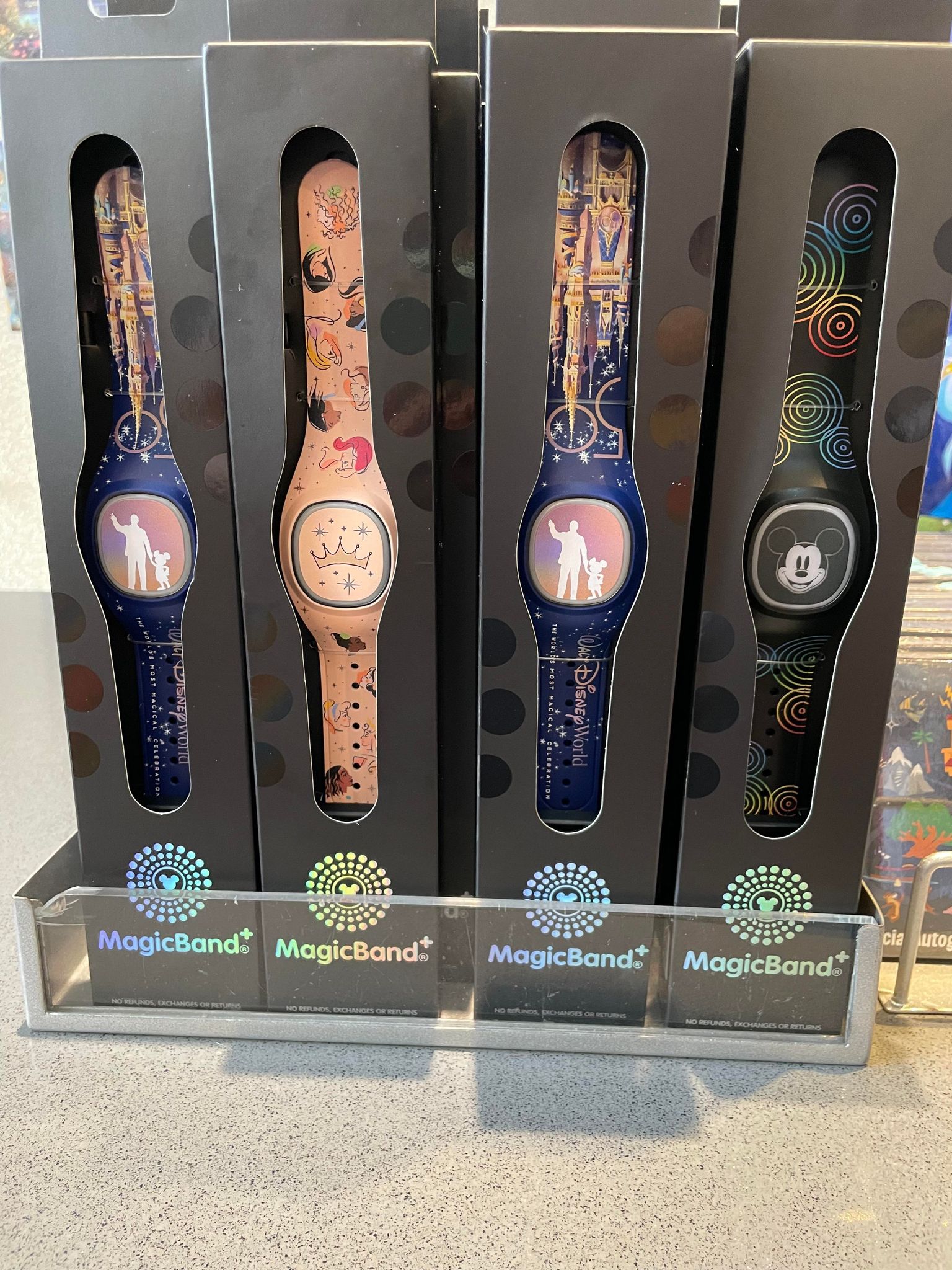 In fact, whilst enjoying a visit to Disney’s Contemporary Resort this morning, MickeyBloggers spotted yet another stunning design of MagicBand+, sparkling on the shelves. It’s the 50th Anniversary Partners Statue MagicBand+

We’re always down to check out a new MagicBand, so let’s get closer to get a better look! 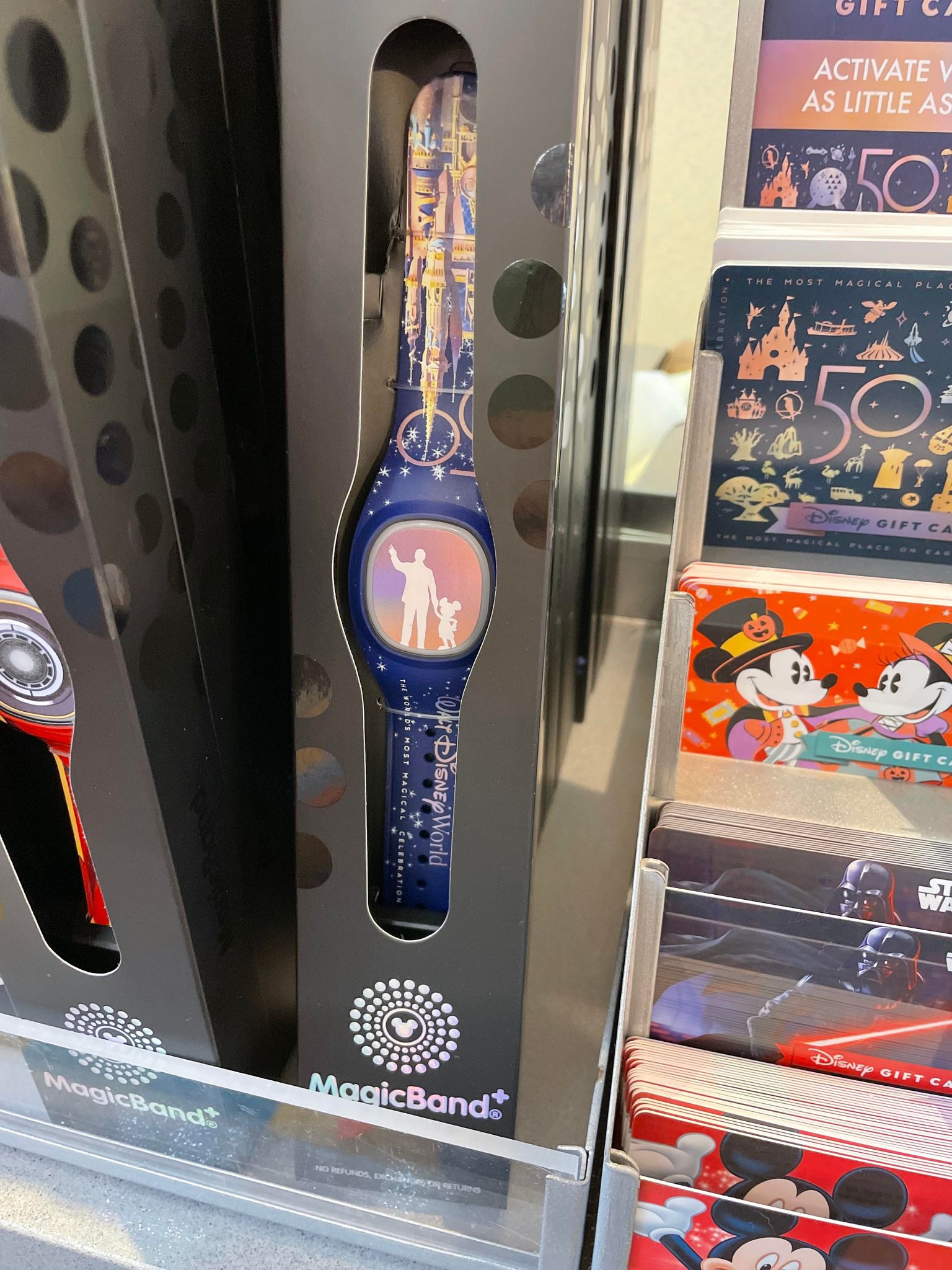 Now you could argue that this particular MagicBand+ is extra-special, as it has been released in commemoration of the 50th anniversary celebrations at Walt Disney World.

This epic, 18 month-long celebration is nowhere near close to wrapping up, and we love seeing new merchandise arrive to keep “the most magical celebration” sparkling on at the resorts! 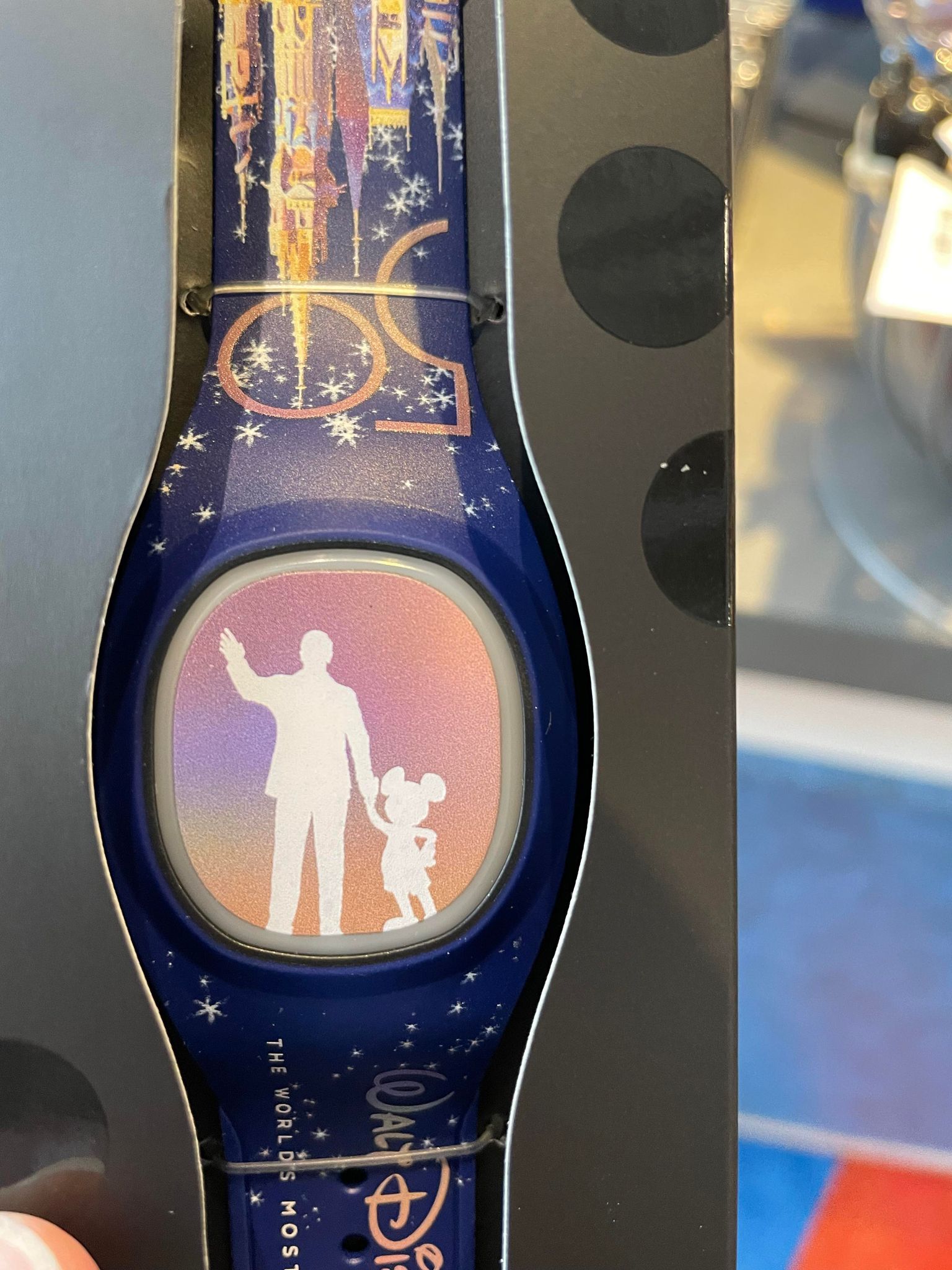 The design of this 50th Anniversary Partners Statue MagicBand+ is also especially stunning, featuring what looks like hundreds of tiny stars, shimmering against a midnight-blue band.

Down one side of the strap, the Walt Disney World logo is proudly printed on, with the anniversary slogan “The World’s Most Magical Celebration” spelled out underneath. 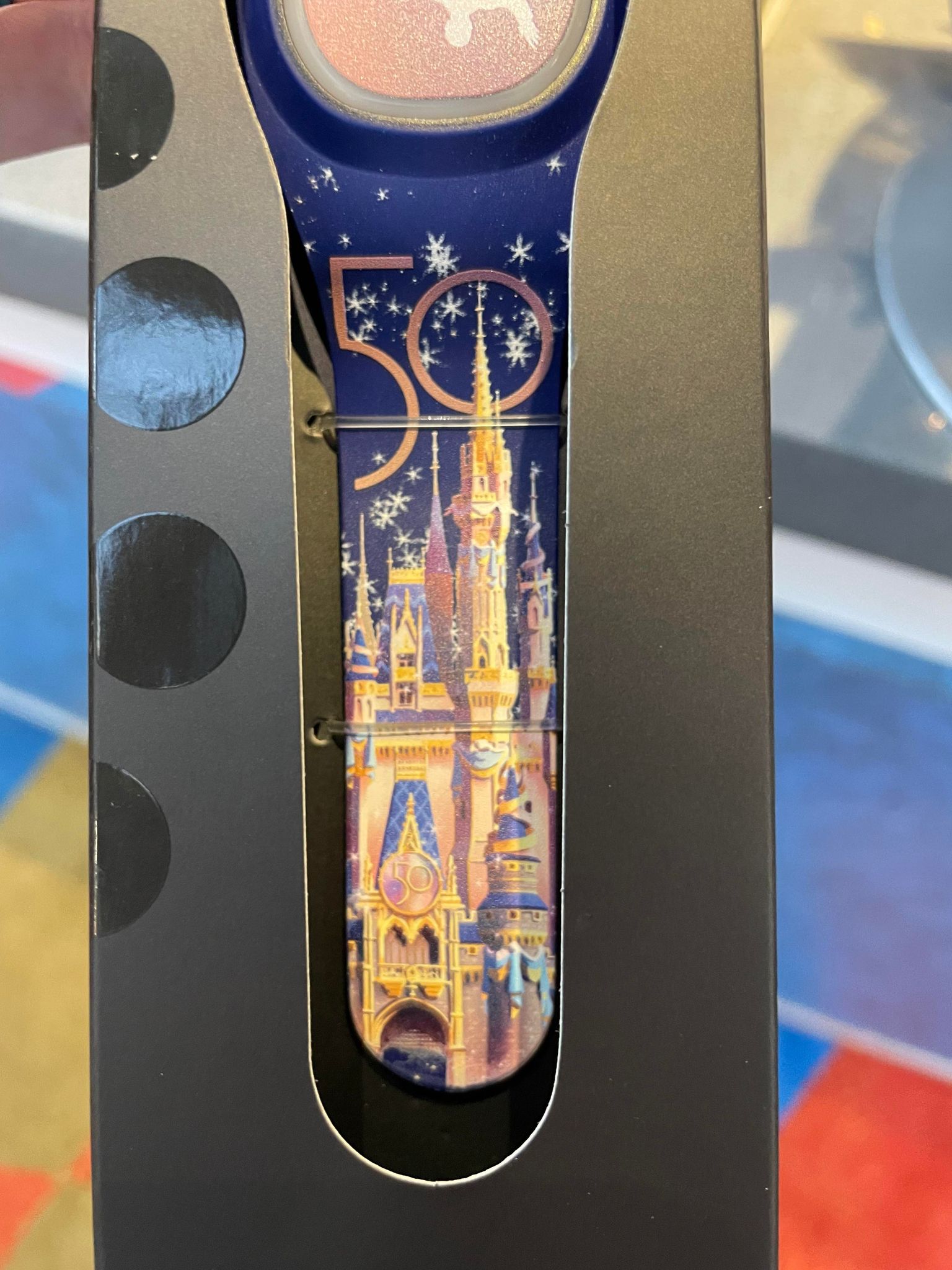 The other side of the strap features a glowing image of Cinderella Castle, gleaming majestically in all its 50th anniversary glory. There’s even the “50” symbol floating above in the sky, shining down on the castle’s golden turrets. 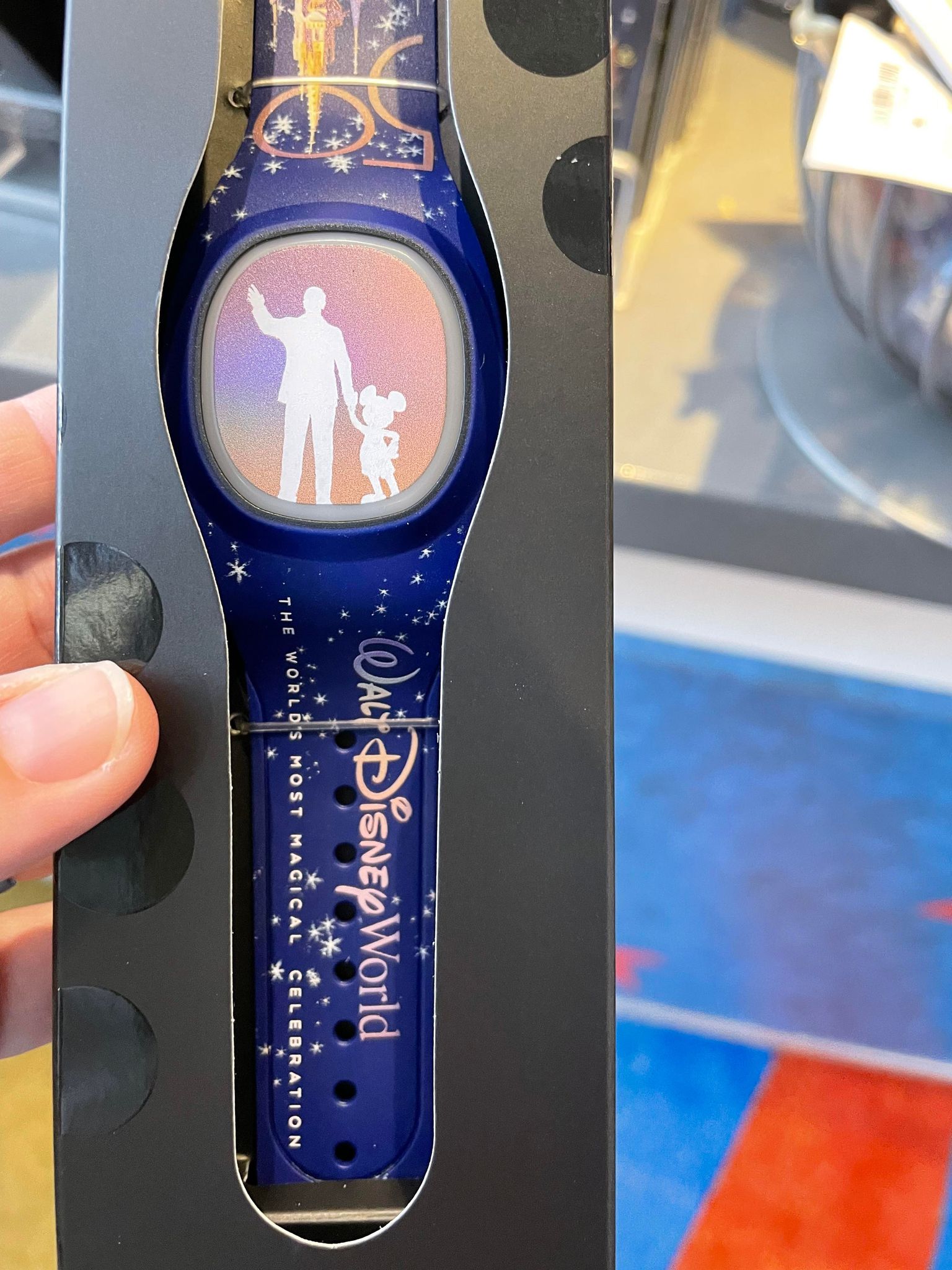 The center, tappable icon of the band is especially magical, however. It features the dreamy silhouette of the Walt and Mickey Partners Statue, which stands proudly in front of the castle inside the parks. The image is centered in front of a shimmering background of EAR-idescent shine – the signature color shade of the 50th anniversary event. 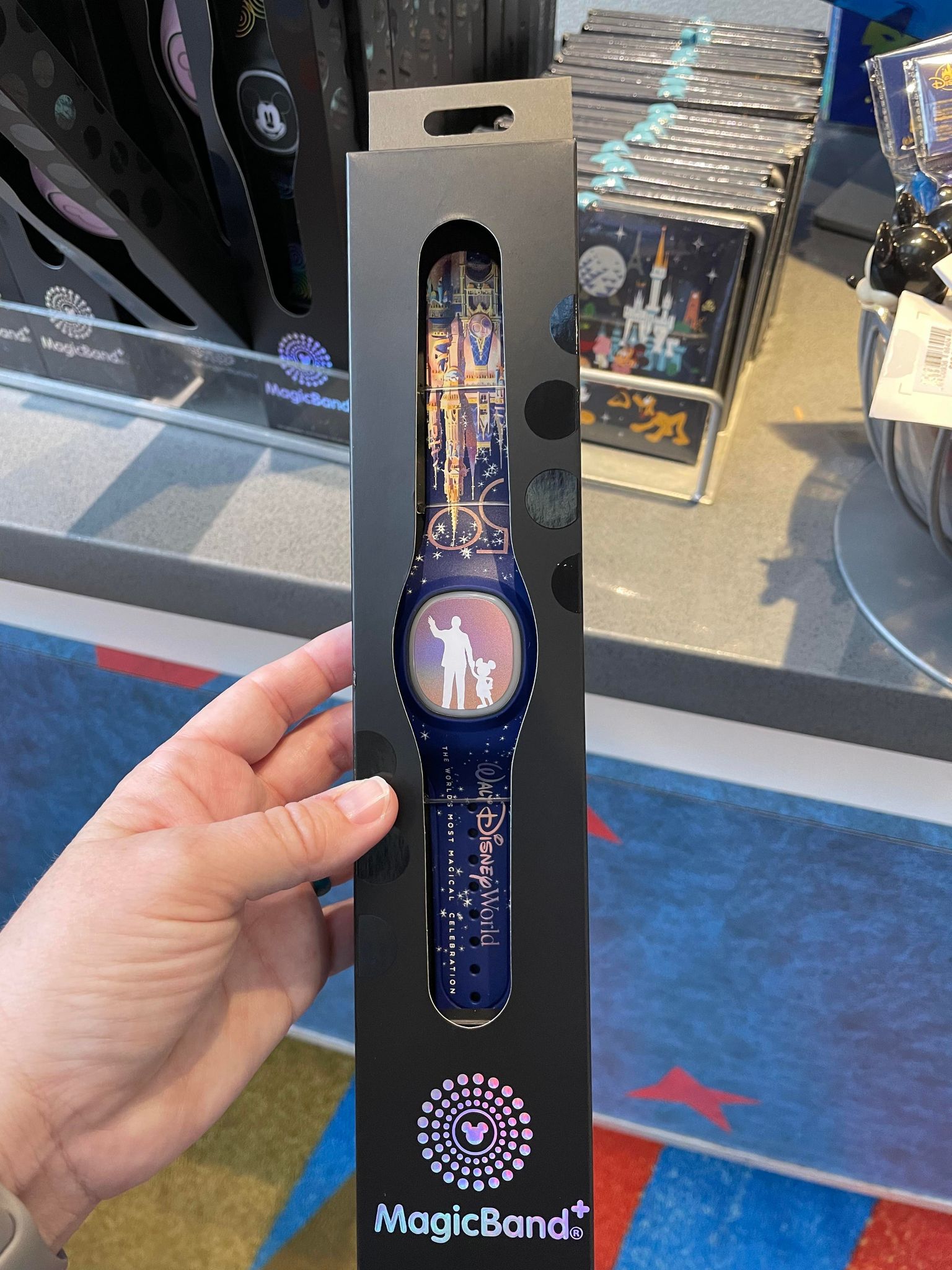 We found this stunning MagicBand+ at the BVG (aka Bay View Gifts) store, located inside the Contemporary Resort. Will you be proudly wearing it during the 50th anniversary of Walt Disney World, and beyond?