Among the many reasons why Disney Cruise Line stands out as a perennial top choice for families, the movie theatres options onboard always stand out as a unique and popular activity. Of course, the two new theatres open now on Disney Wish add to this exciting option while on the ship. 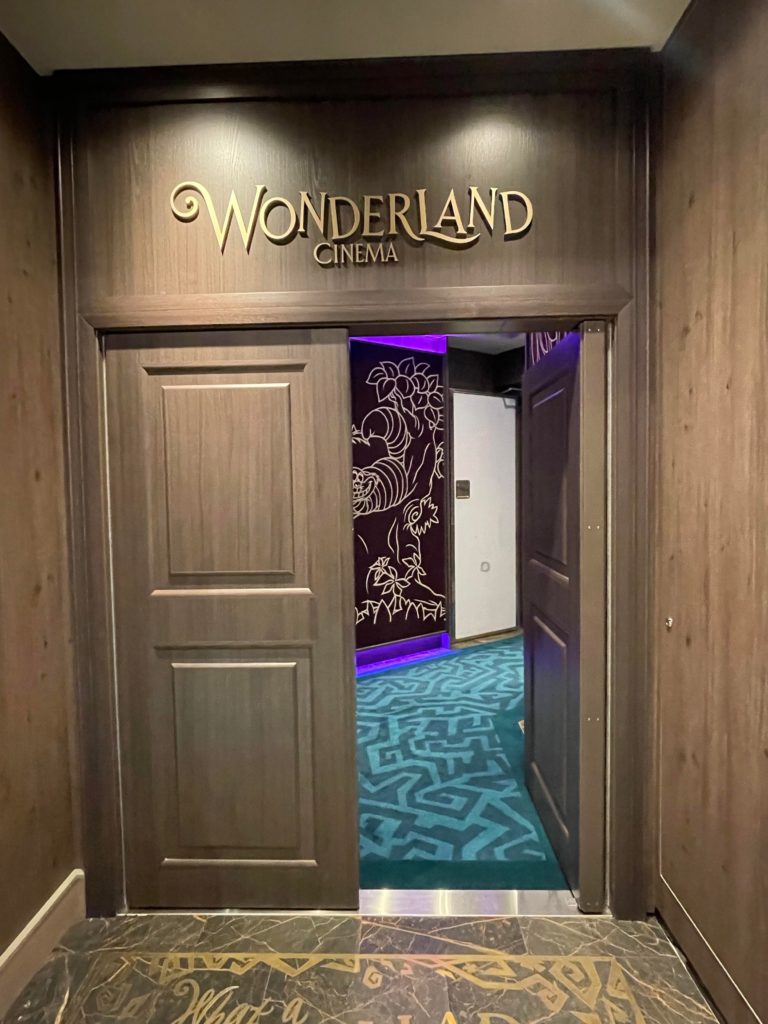 On Deck 4 of the Disney Wish, guests choose between one of two theatres: Wonderland Cinema and Never Land Cinema. Both beautifully capture the classic Disney animated films upon which they find their theming: “Alice in Wonderland” and “Peter Pan.” 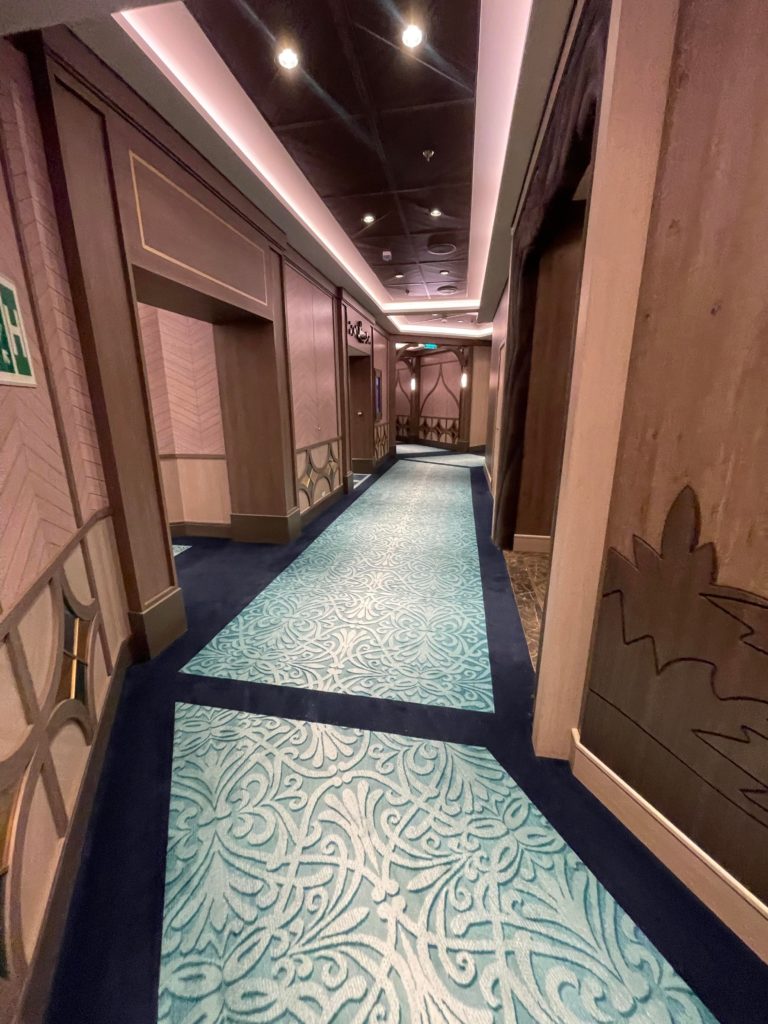 The details in the winding hallway that lead to the Wonderland Cinema evoke a Rabbit Hole-esque feel with zigzags and an abundance of varying geometric patterns. 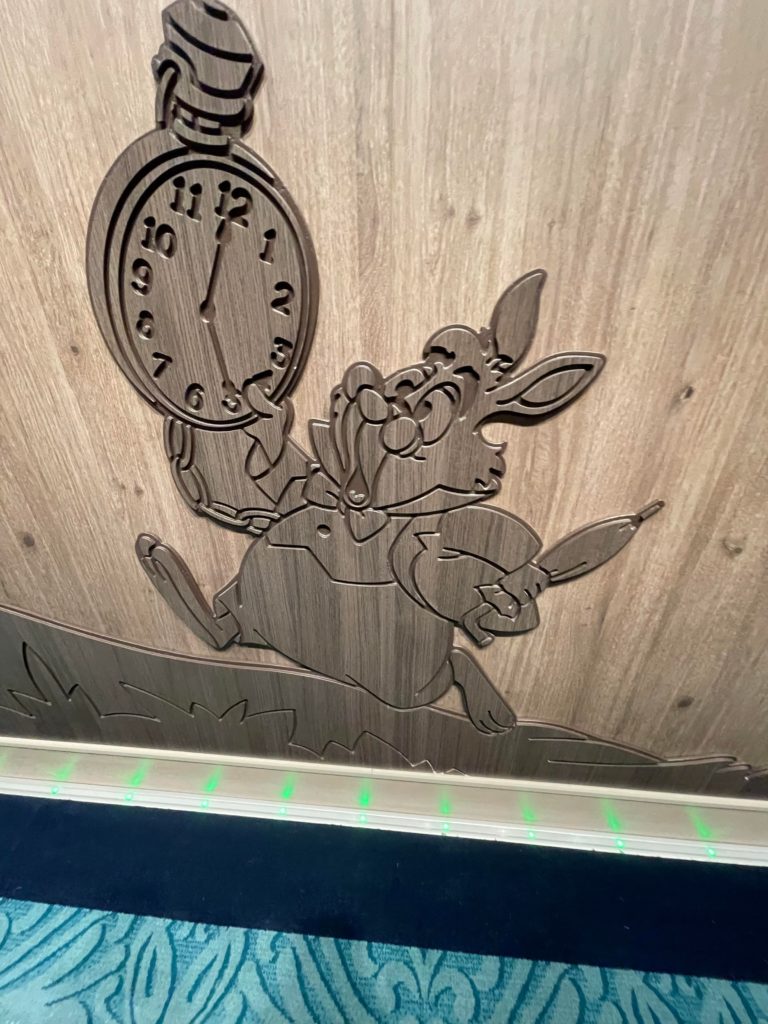 Guests will want to take their time as they saunter to a show. The details in the hallway add such whimsy and nostalgia. 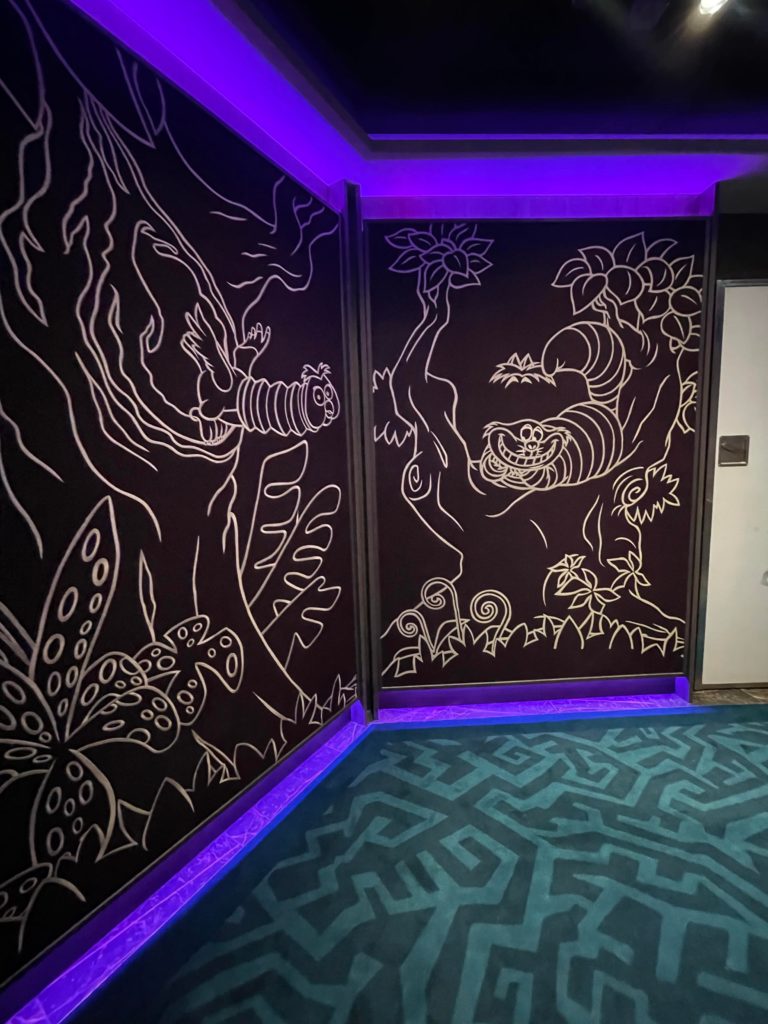 Just prior to entering the theatre, the lighting shifts from a bright teal to a deep purple, perfect to help the eyes adjust before entering the dark room ahead. The artistry of the etched details in the walls really stands out here too. 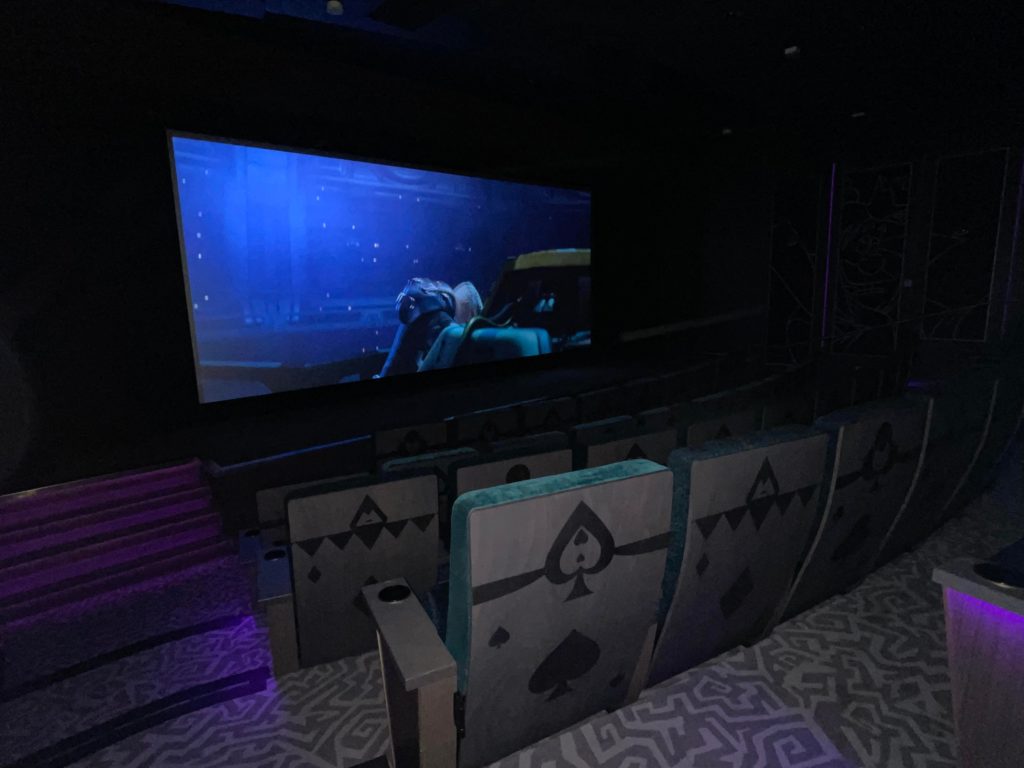 Onboard today, the newly released “Lightyear” features in the Wonderland Cinema. Oftentimes, Disney Cruise Line premieres movies on the same day that they release in theatres nationwide, and “Lightyear” is no exception. 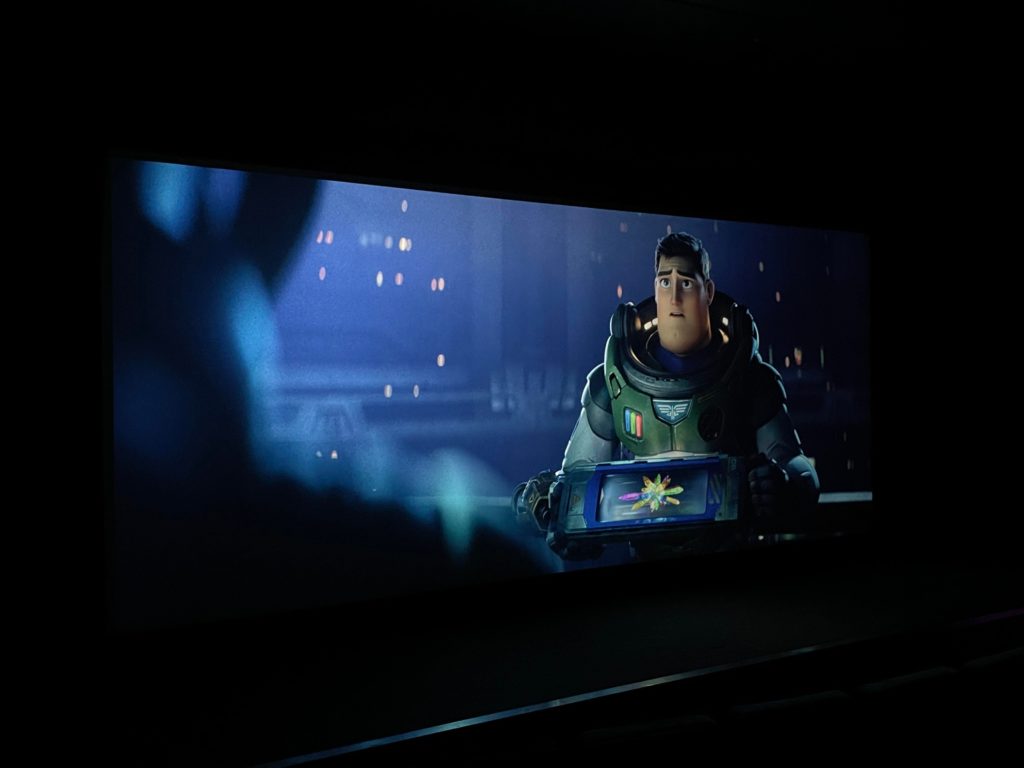 Both Wonderland Cinema and its neighbor, Never Land Cinema, hold just over 80 people for an intimate viewing experience. With incredible comfy chairs, either theatre makes a great choice for a relaxing couple of hours of viewing either a new release or a classic Disney film. 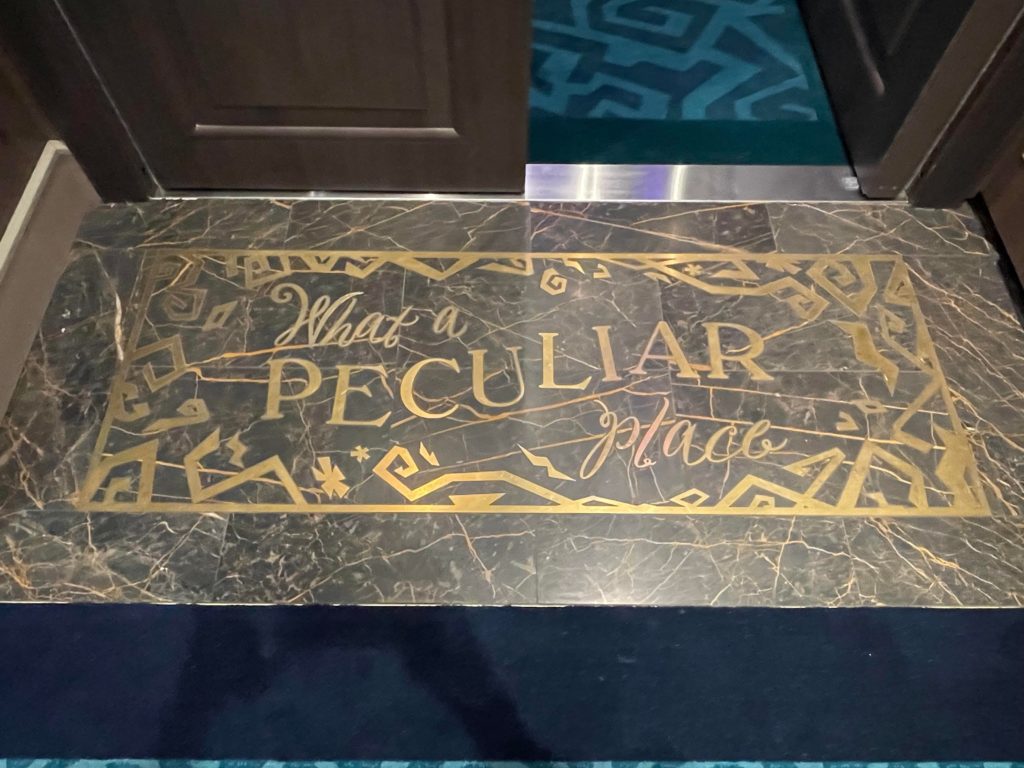 Cinema Details Abound at Both Theatres 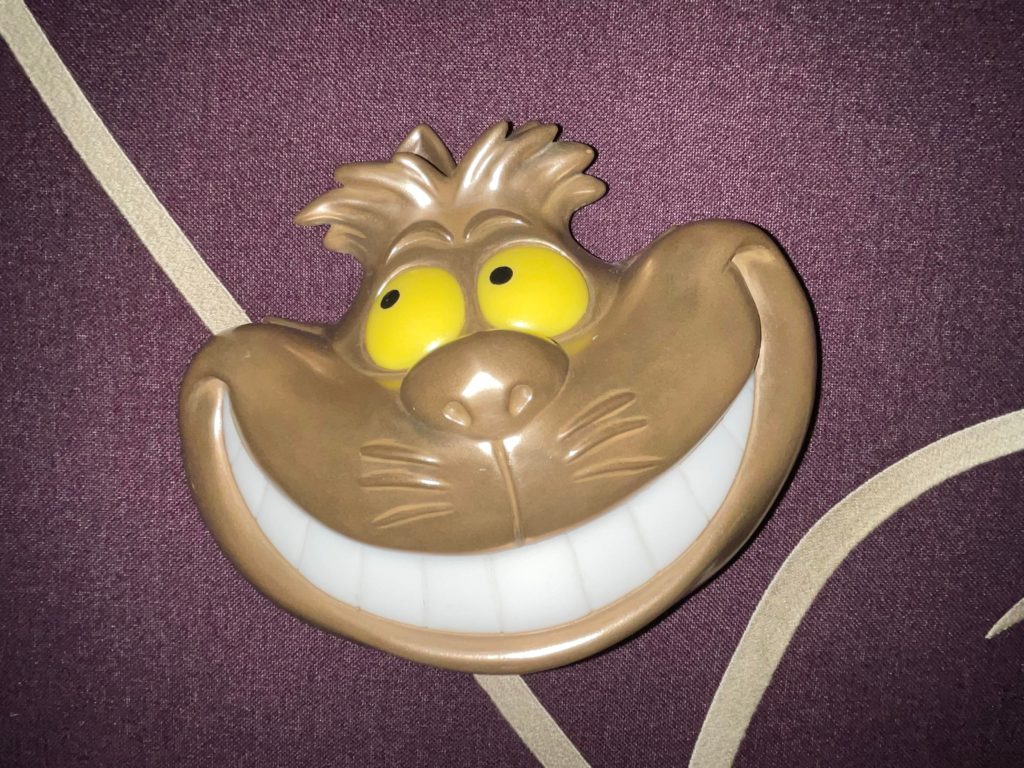 Like Wonderland, Never Land Cinema also utilizes an abundance of details from its inspiration throughout its hallways too. Carpets depict scenes of Wendy flying off to visit Peter Pan and the Lost Boys. 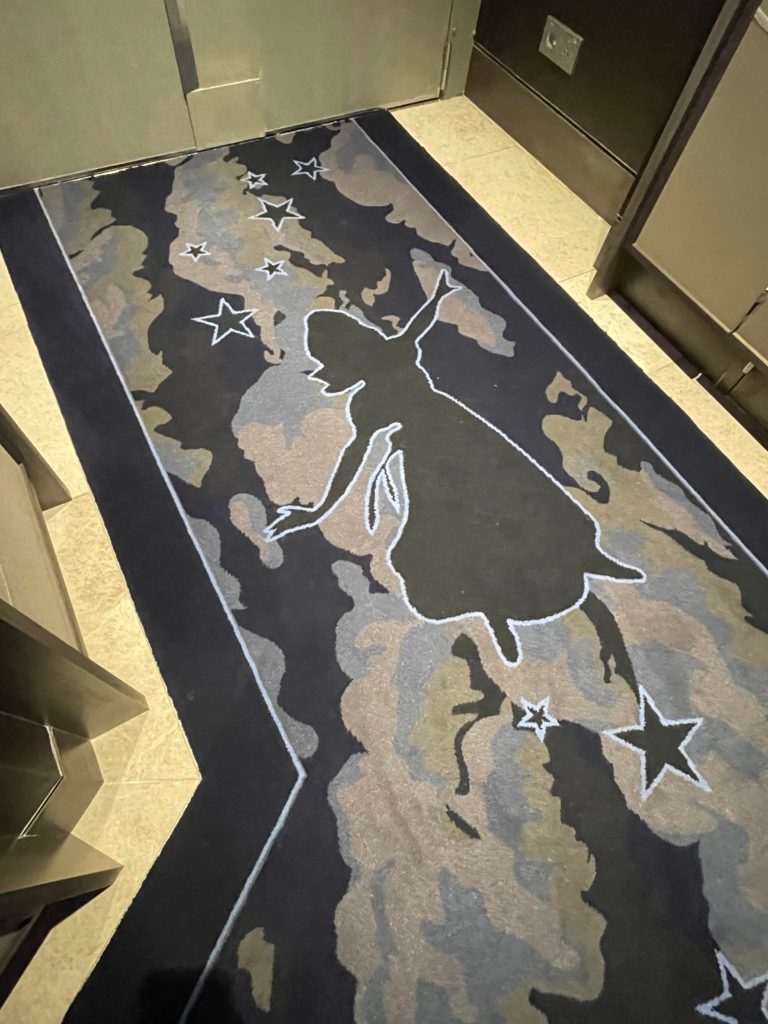 The hallways here feature clouds and the same purple lighting to evoke an ethereal feeling. 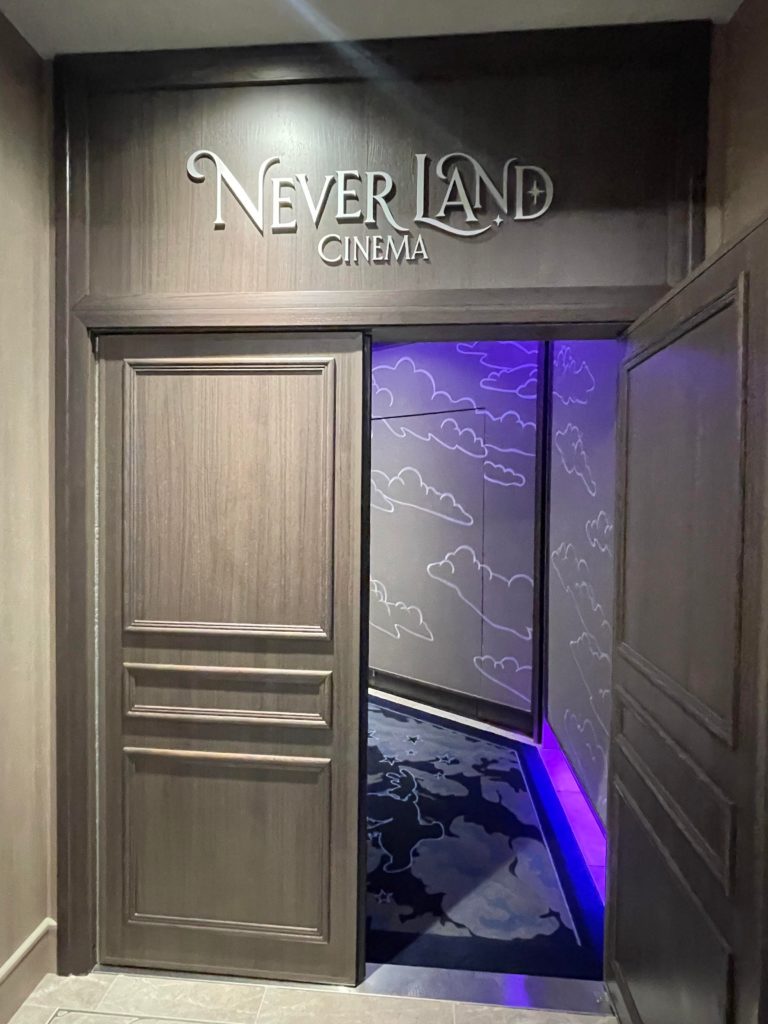 Today, Wonderland Cinema entertained those hoping to catch a movie while the ship docked at port. Each day, digital signs inform guests of what movies will be shown in each theatre. Schedules also appear in the ship’s Navigator, a schedule of activites onboard each day. 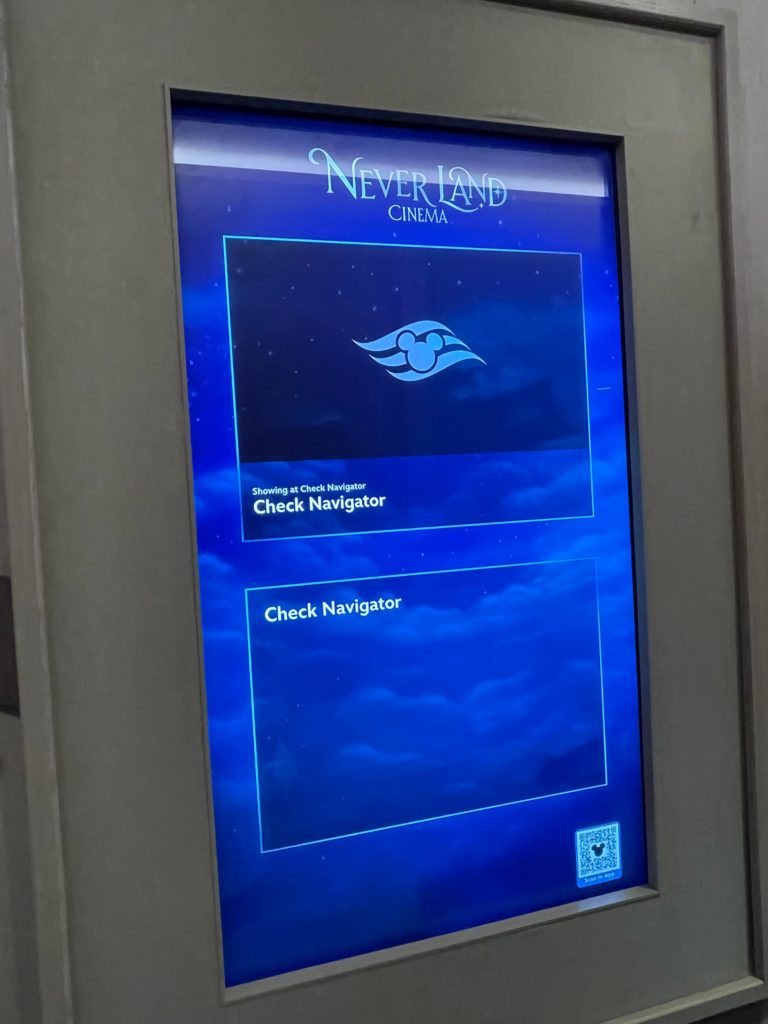 For those looking for movie snacks, Luna’s Libations sits between to the two theatres, offering popcorn, sodas, and more. 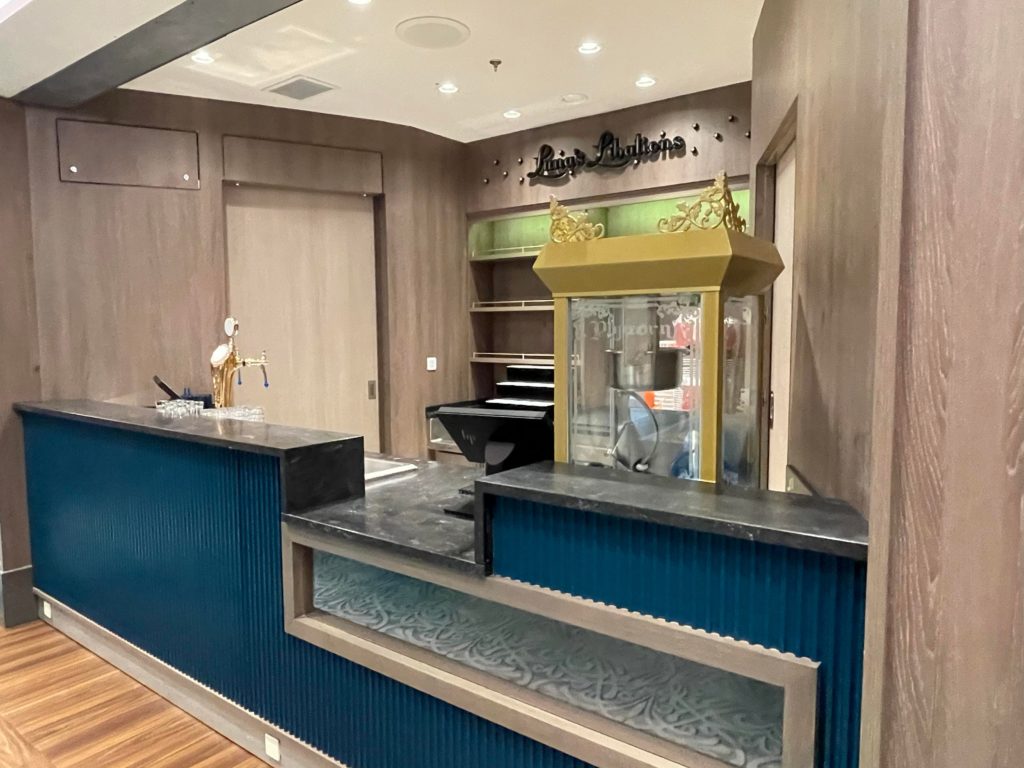 Luna also serves as the name and inspiration for another new entertaining space on the Disney Wish. Luna joins the storyline of the Disney Wish after her debut in a Pixar short, “La Luna.” 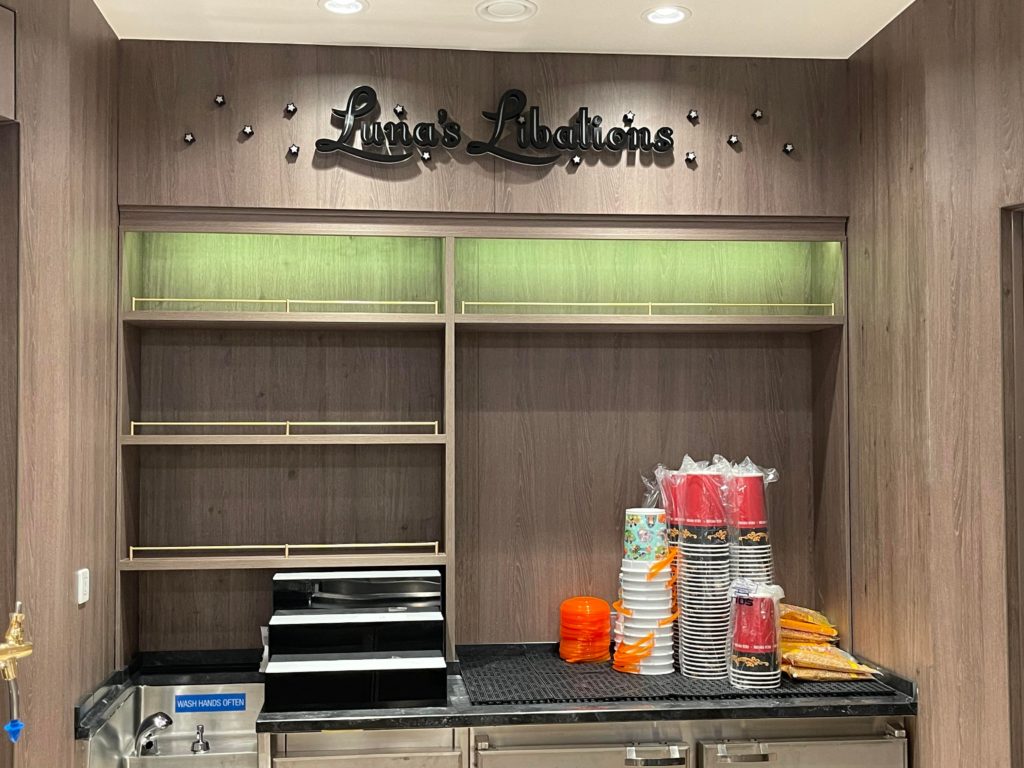 Stay tuned for more as MickeyBloggers Greg and Elyssa share their adventures on the Disney Wish’s Christening Cruise over the next couple days.