Paradise Pier Hotel Guests now have their own dedicated walking path and entrance to Disneyland’s California Adventure! MickeyBlog paid a visit to the hotel to check it out! 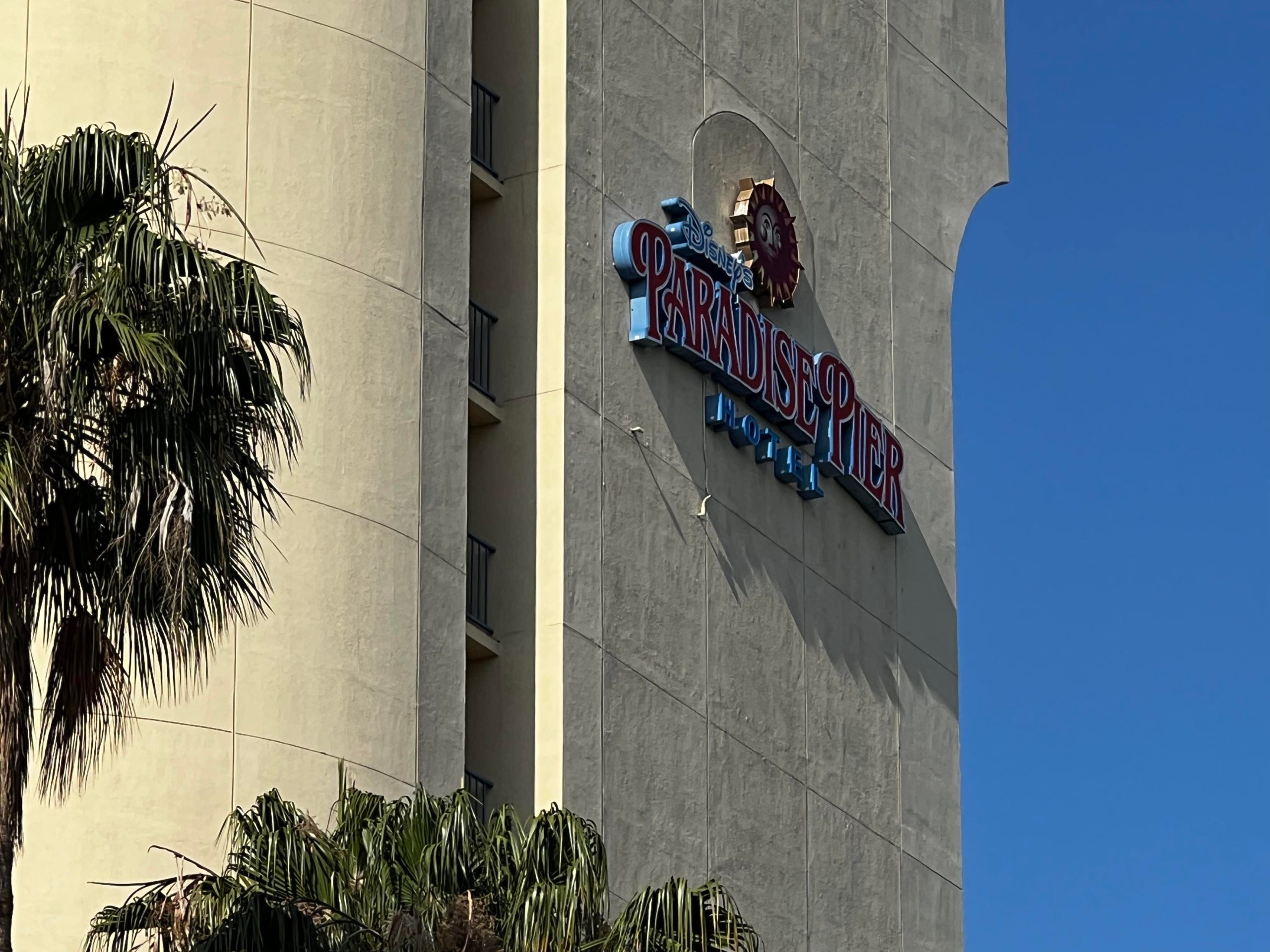 Until now, only Guests of Disney’s deluxe Grand Californian Resort & Spa had their own private access point to the park. This is a popular perk to staying at a Disney Resort Hotel as hotel Guests will have much shorter wait times for park entry! 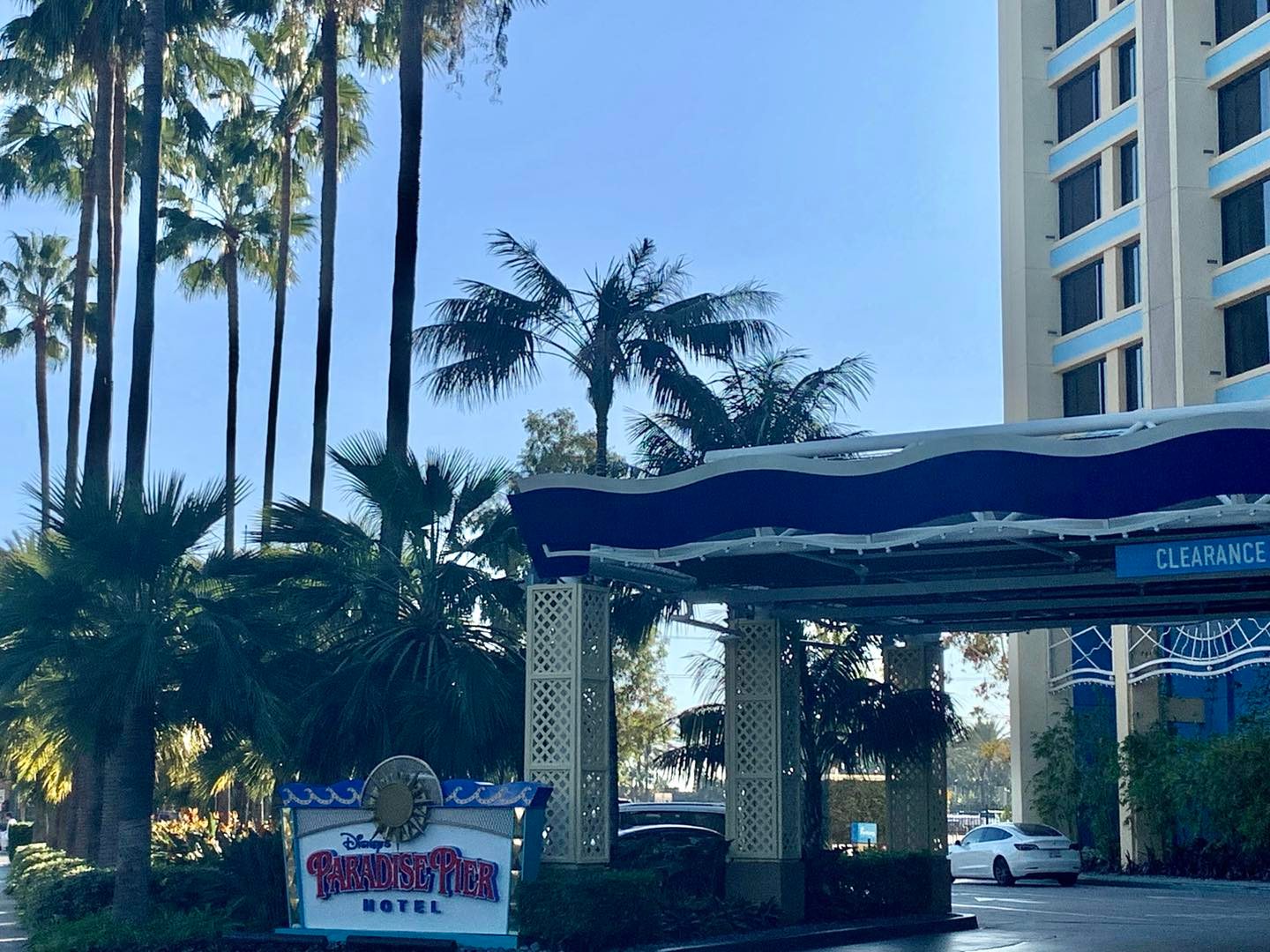 The path is about a 5-minute walk from the Pixar Pier Hotel doors. 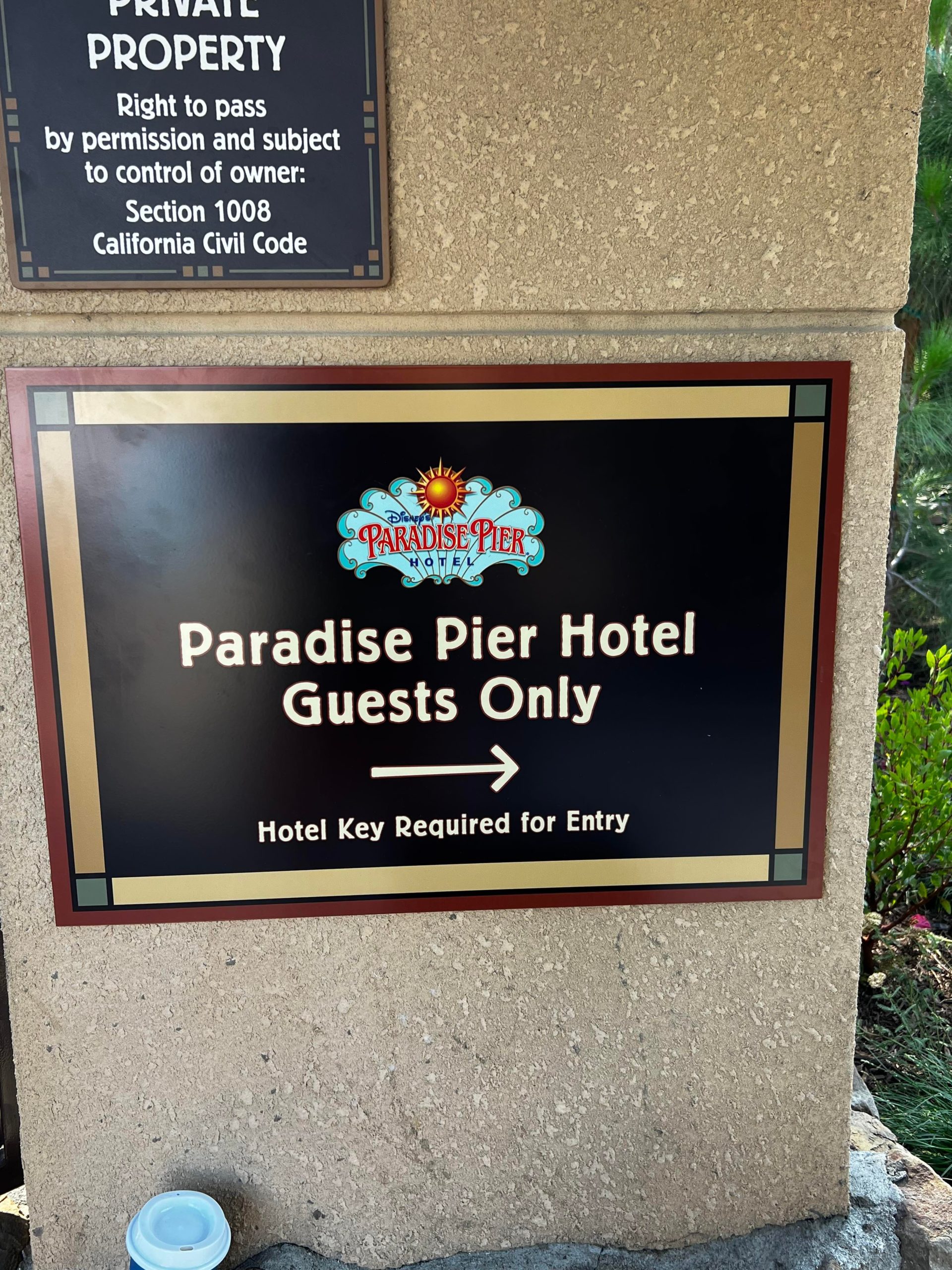 Guests follow the existing sidewalk to cross Disneyland Drive and head toward the entrance gates to the Grand Californian. 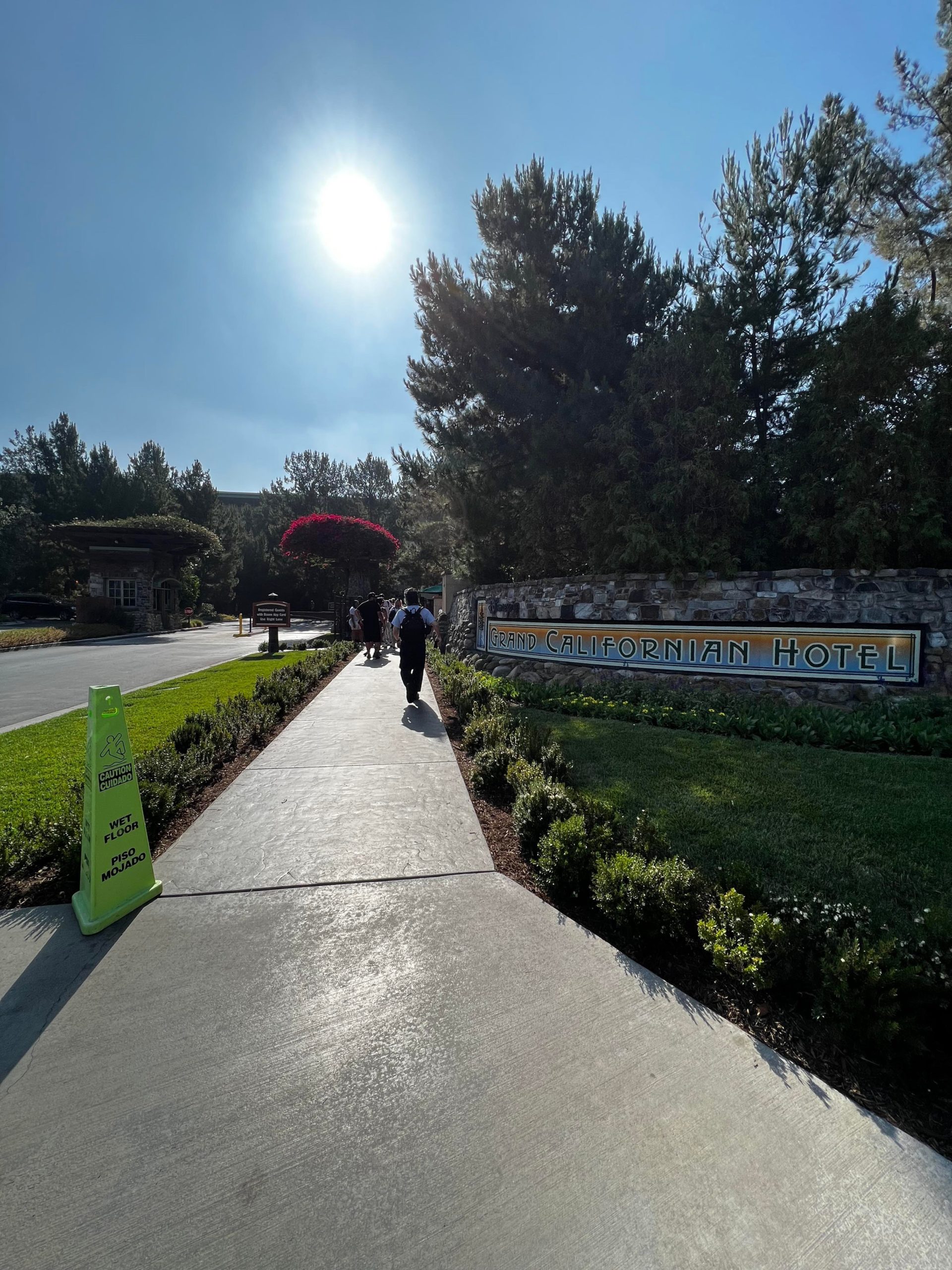 From here the sidewalk veers to the right near a Cast Member umbrella and a gated path. 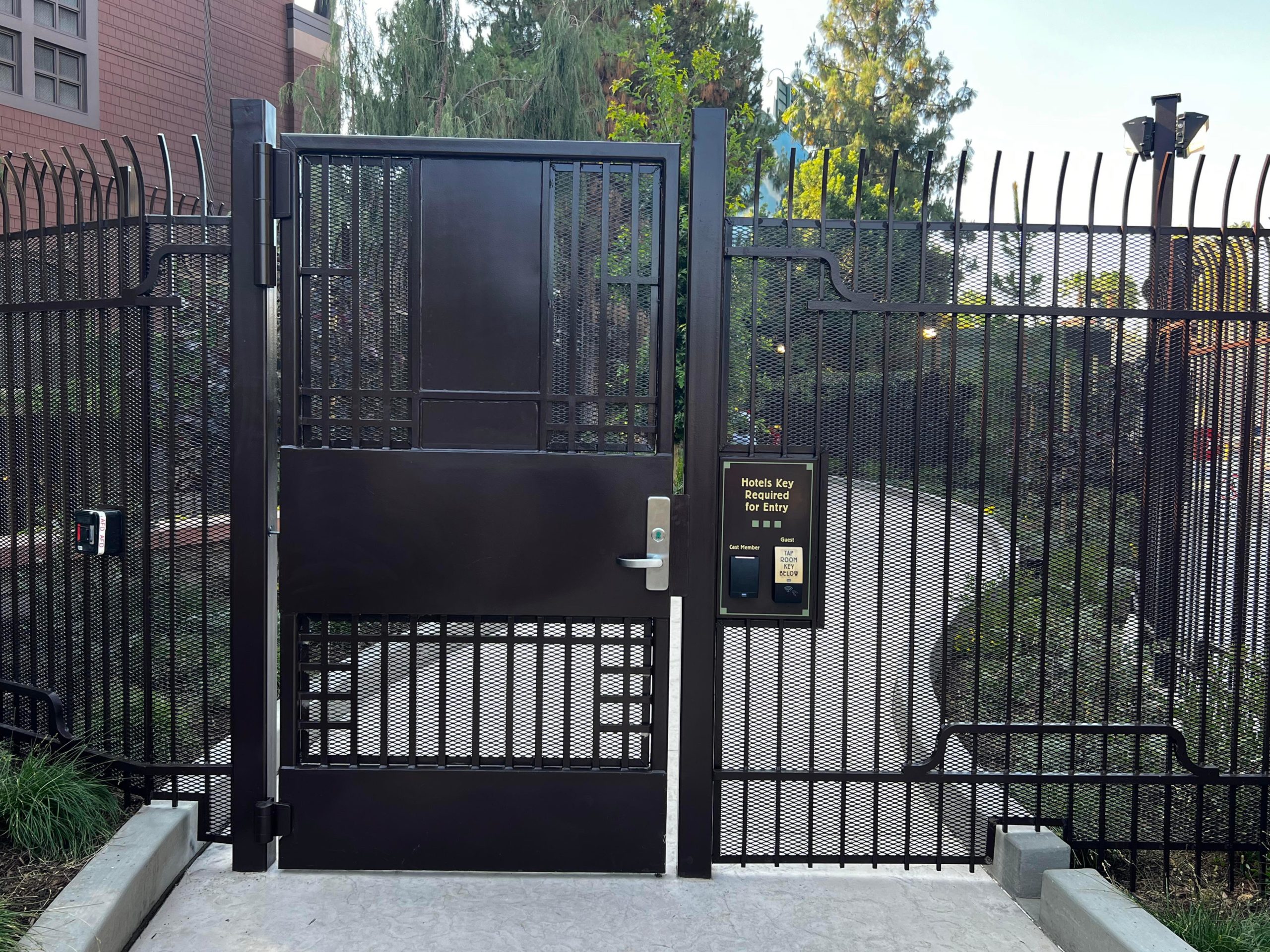 Guests MUST have a Paradise Hotel key card to access the path! 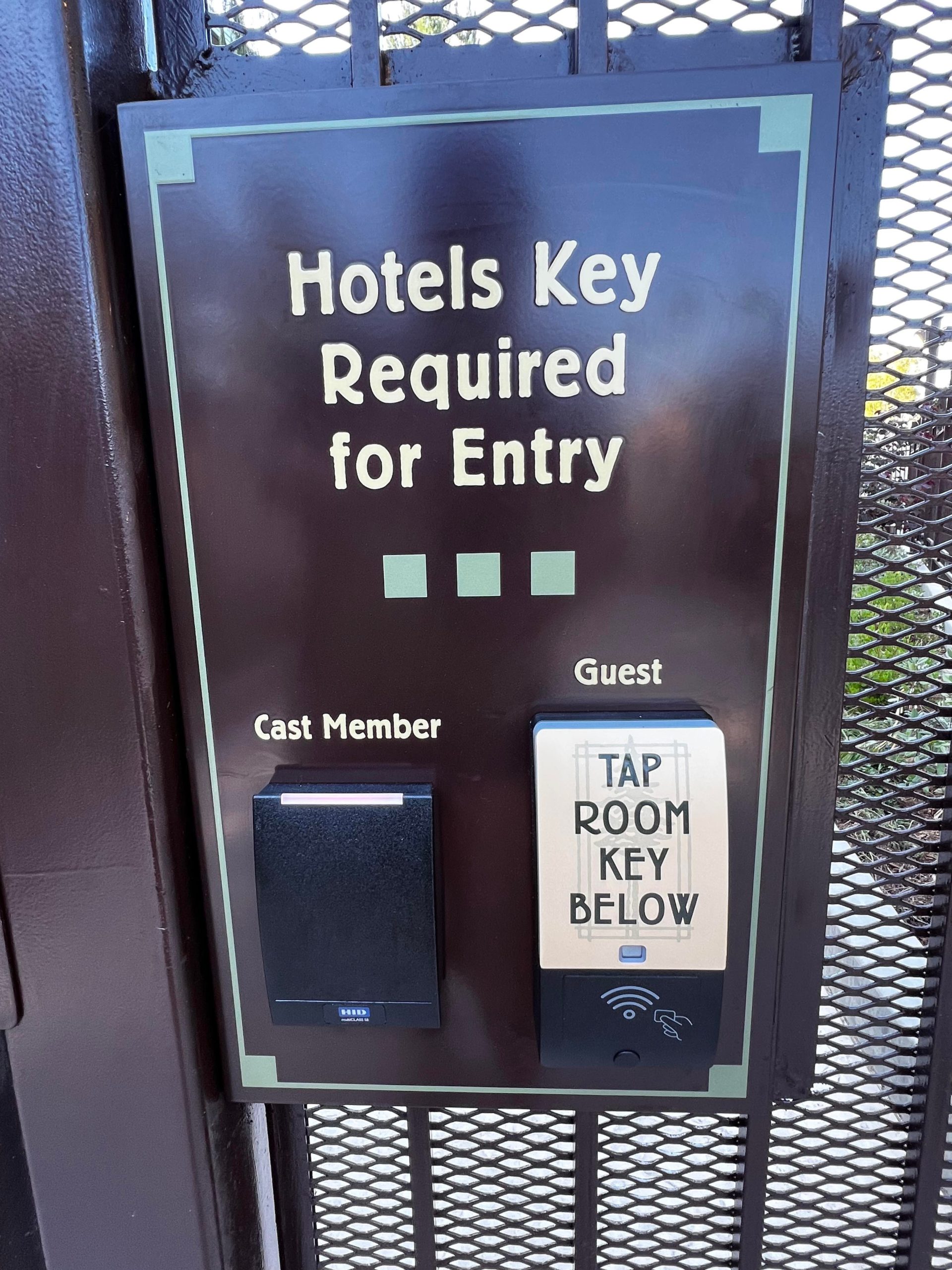 The new path wraps around the south wing of the Grand Californian and joins the existing sidewalk near Goofy’s Sky School. 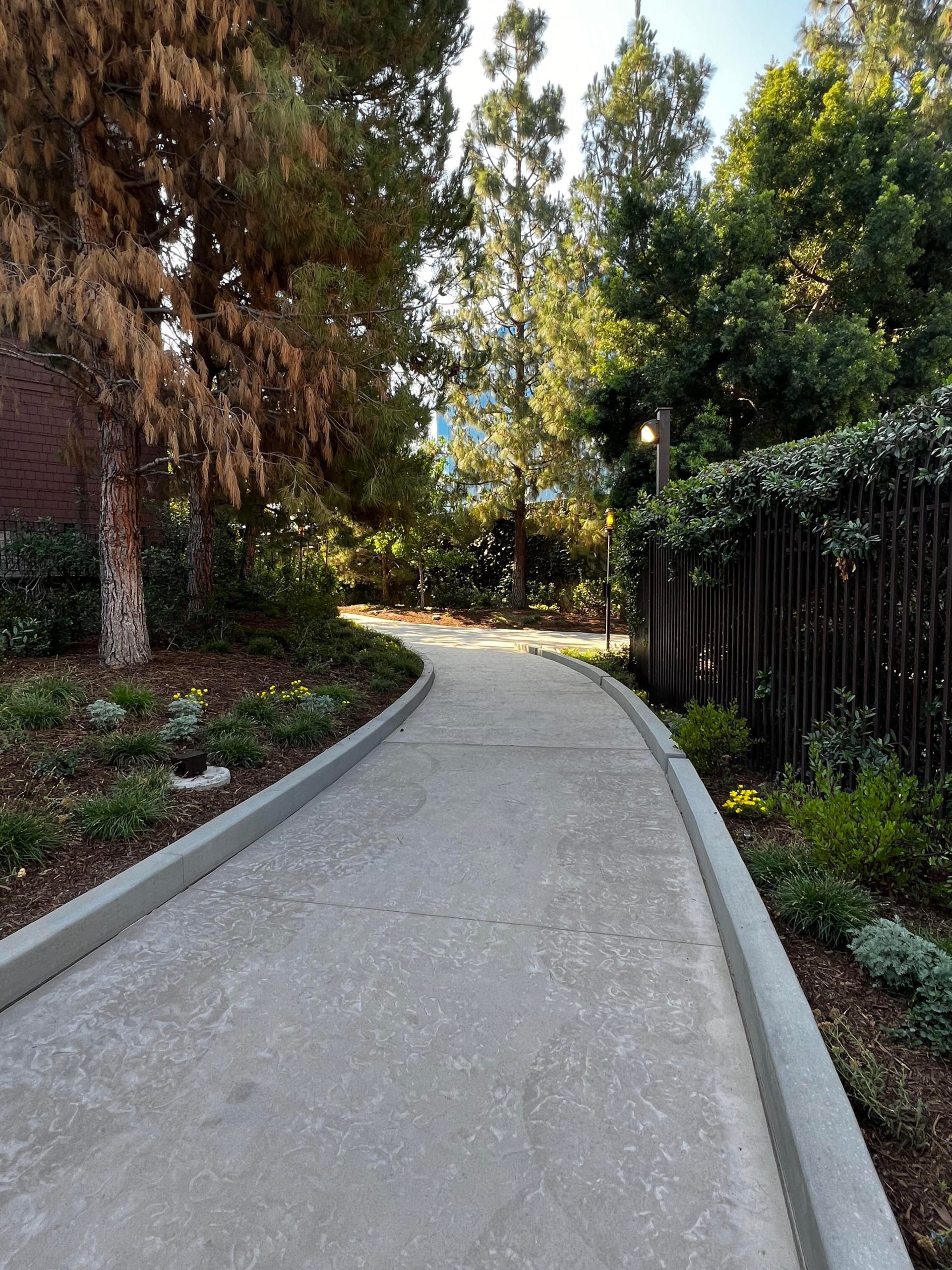 After the sidewalk passes the Grand’s BBQ Patio the signed trail will bear right to an entrance queue. 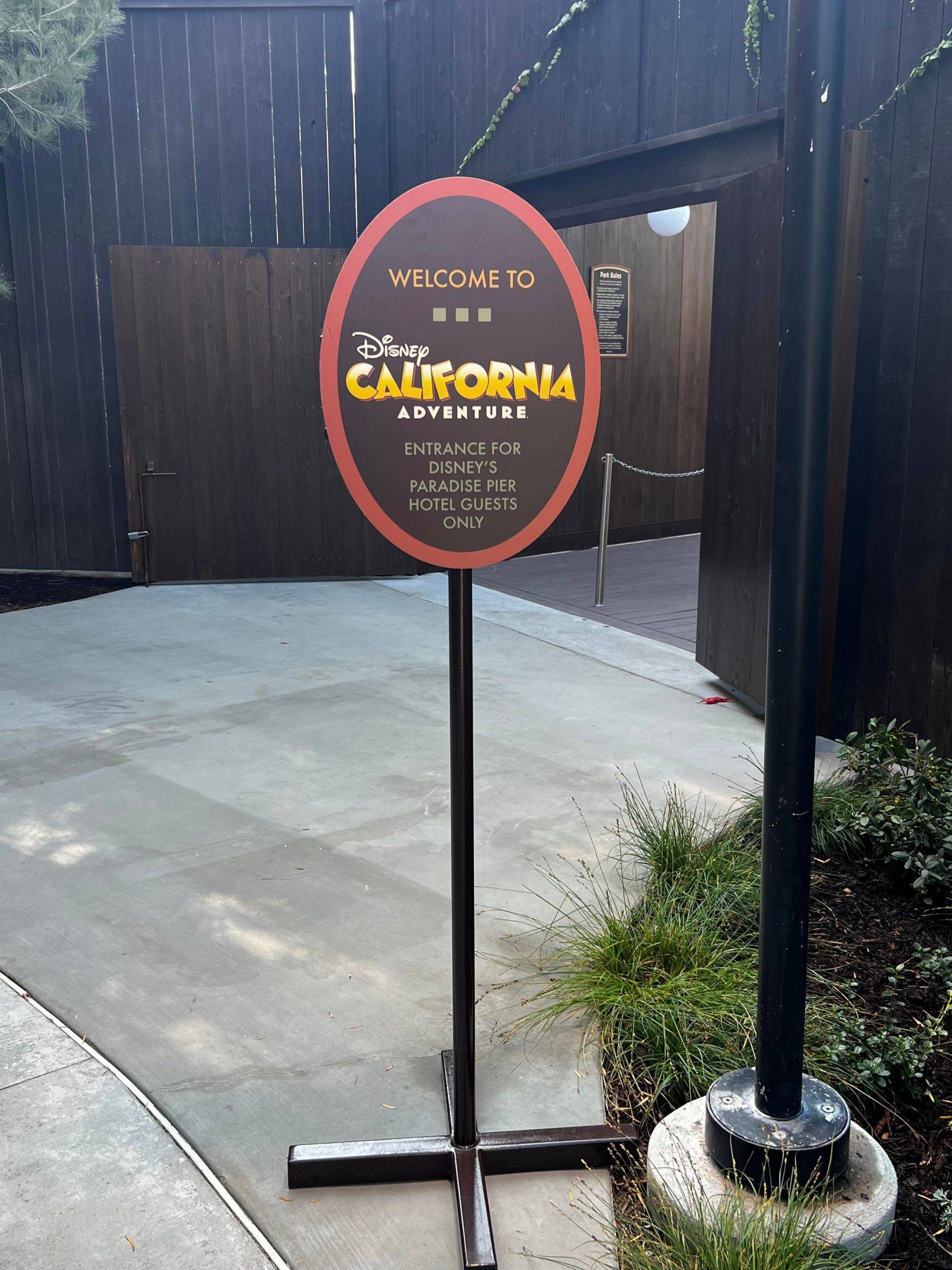 The queue line forms in the area shown below. And just like that, welcome to California Adventure! 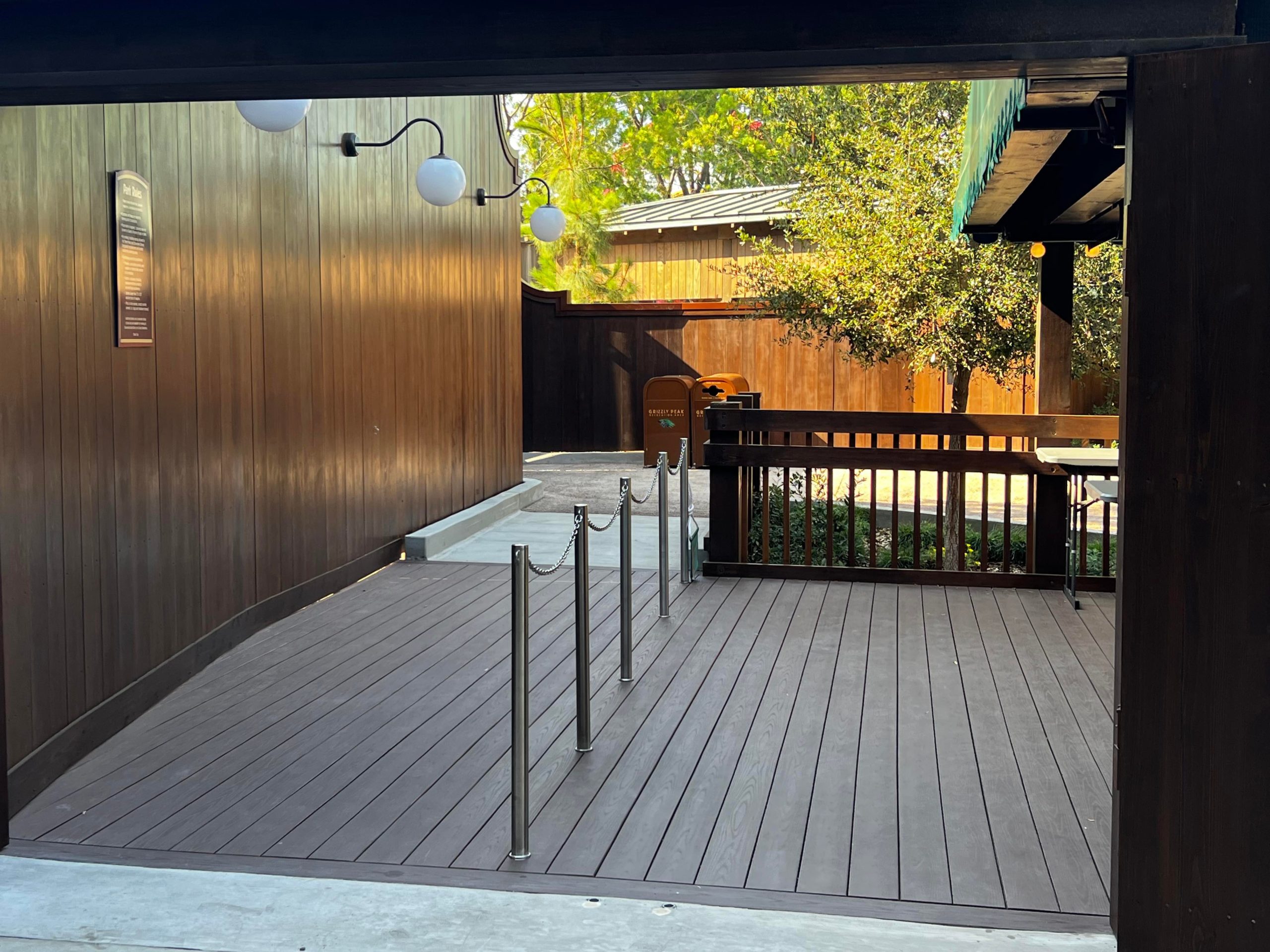 The new entrance puts Guests between Corn Dog Castle and Seaside Souvenirs, the area seen below.  This is a convenient location with equidistant access to Cars Land and the Incredicoaster, big favorites for those first rope drop rides of the morning! 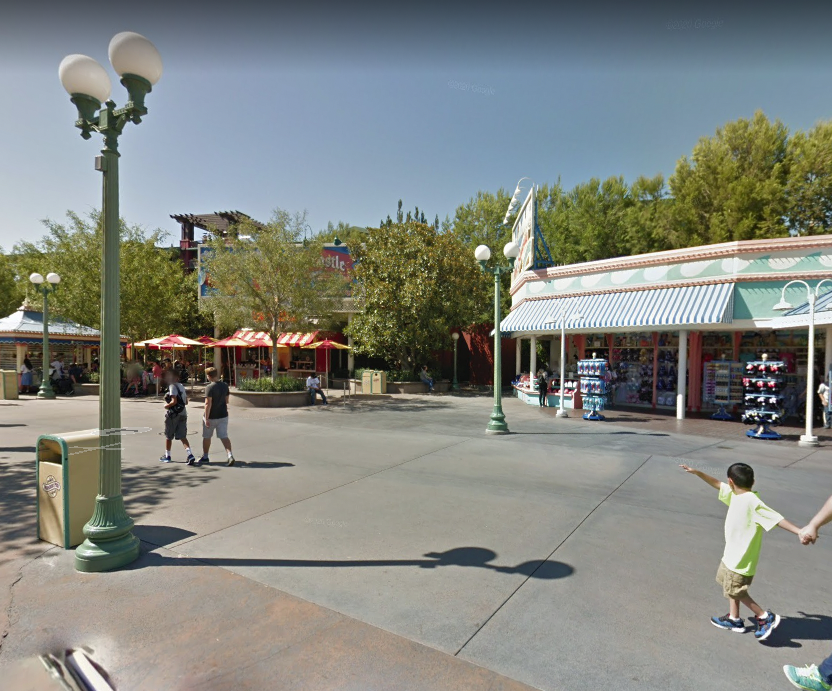 The location is also particularly great for Paradise Pier Hotel Guests who stick around late at night for the amazing World of Color show, which takes place just steps away on the water at Paradise Gardens Park.

When the big crowds are heading for the main exit, Paradise Pier Guests can head the opposite direction, right over to their secluded exit gate! 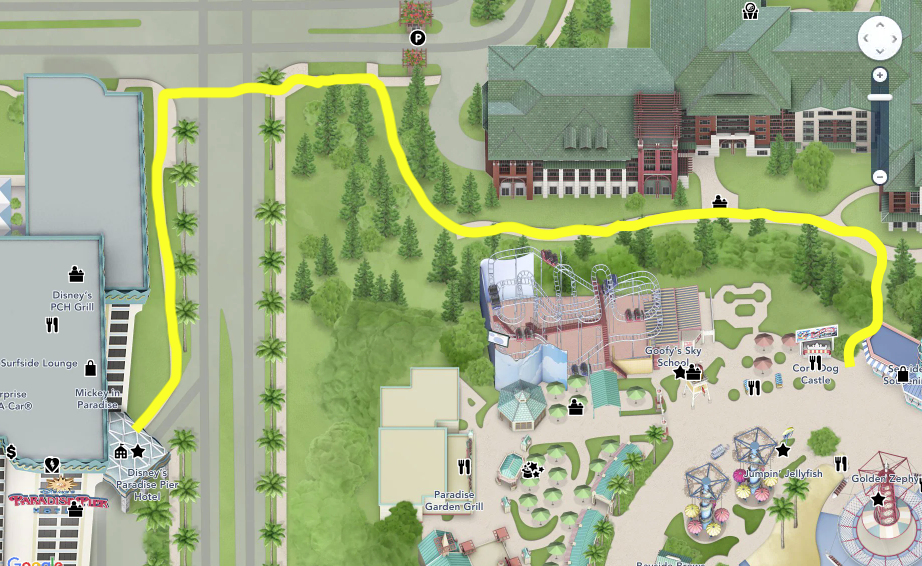 From Paradise to Pixar

The new walking path and dedicated gate are all part of Disney’s reimagining of Paradise Pier Hotel. The hotel will be transformed to better reflect its park counterpart, Pixar Pier, a revamp that many fans feel should have happened years ago! 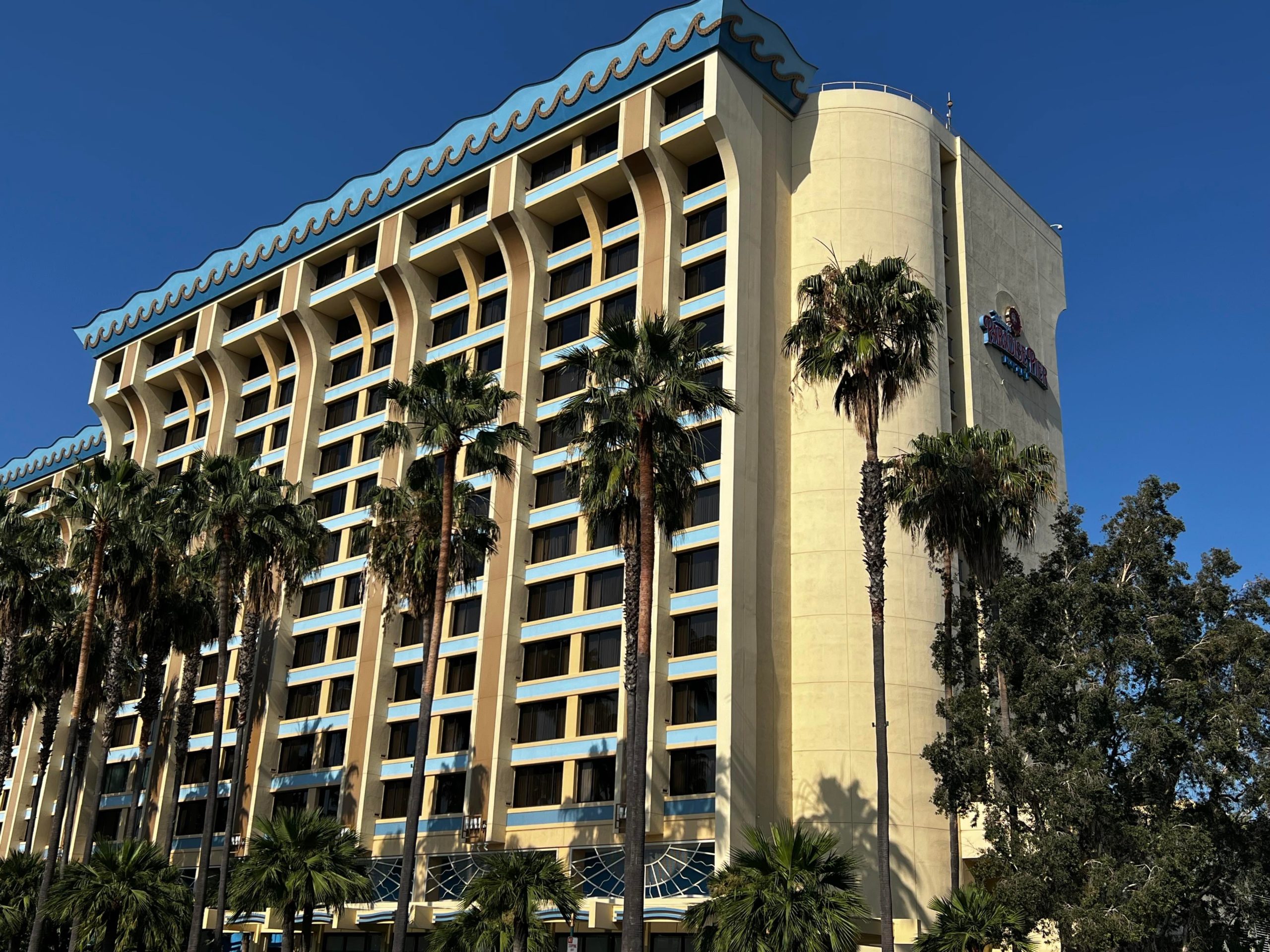 The beloved Luxo Jr. ball, a staple to the Pixar world, will gain a permanent spot at the resort. Plans for a dynamic lobby chandelier have also been released as well as the promise of Pixar characters throughout the new aesthetic. 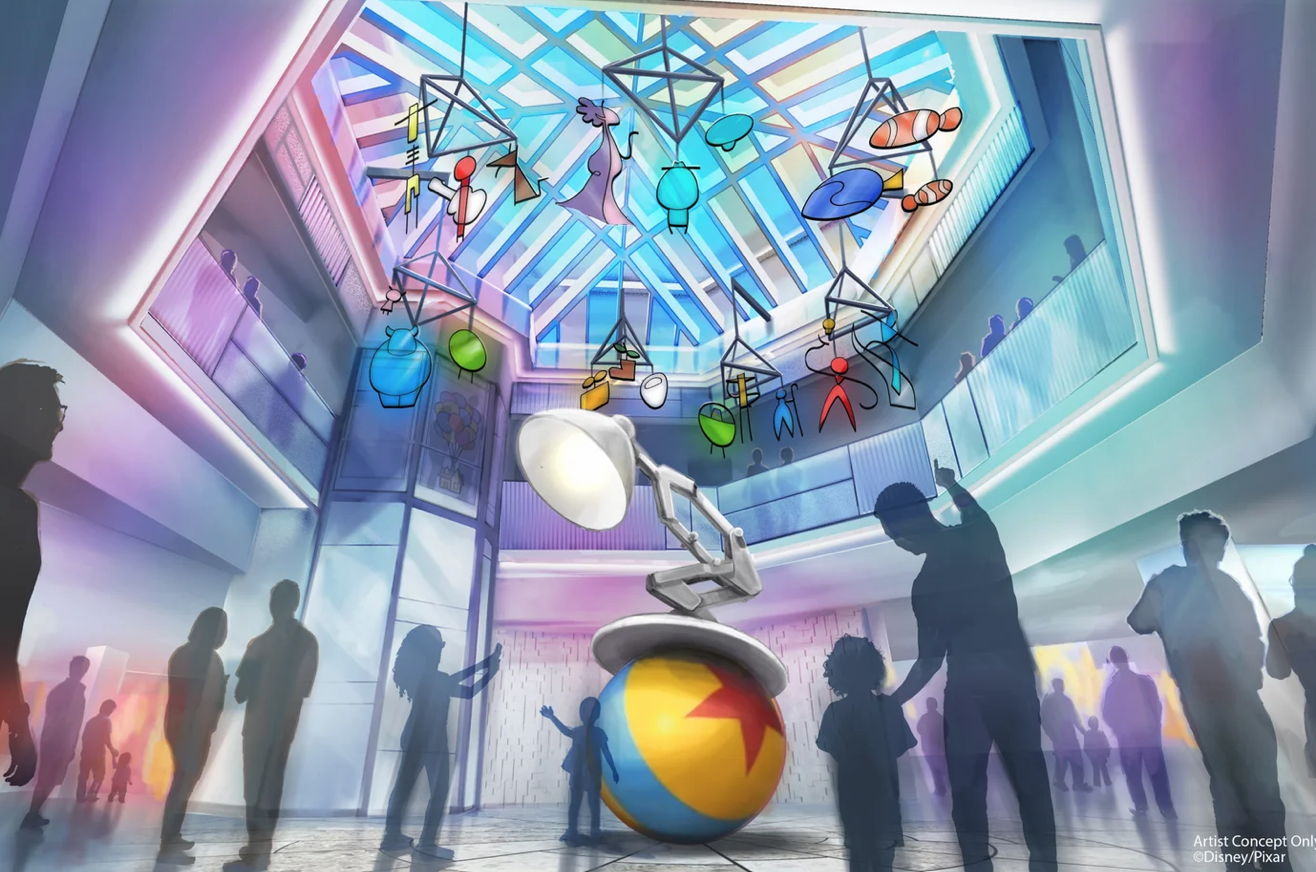 The three main dining establishments at the Hotel remain closed for now, so we can reasonably expect some new Pixar themed eateries to be announced in the near future as well.

It sounds like the new walkway and park entrance are just the beginning of a much-needed makeover for Disneyland’s most budget-friendly hotel!

As an Authorized Disney Vacation Planner with MickeyTravels I would love to help you on the road to a magical Disney vacation! If it’s Walt Disney World, Disneyland, Disney Cruise Line or Aulani, I’m happy to help you with everything from date selection to dining reservations. Let’s create an itinerary that gives you and your loved ones magical memories for years to come. All of my planning services are 100% FREE with no hidden catch!  Follow my Facebook page, or email me at andra@MickeyTravels.com. I’d love to help you get back to the magic!