Ms. Marvel Cast and Crew On the Red Carpet

The cast and crew of Ms. Marvel – the hit new series streaming on Disney+ – came together for a celebration in New York City this week!

MickeyBlog was invited to a screening of Ms. Marvel at The Paley Center for Media in New York City. 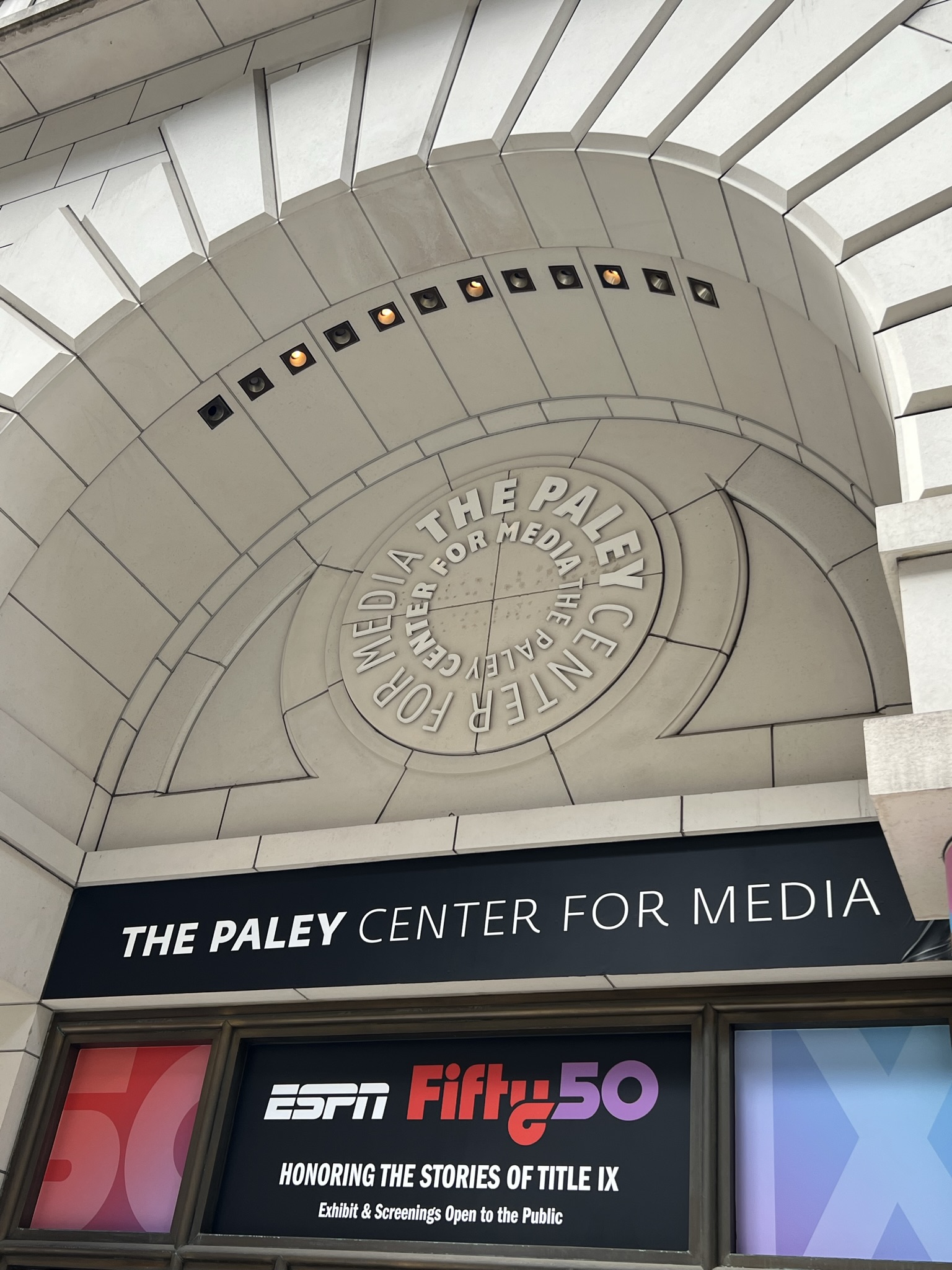 Following the screening was a Q&A discussion with the show’s cast and creators. 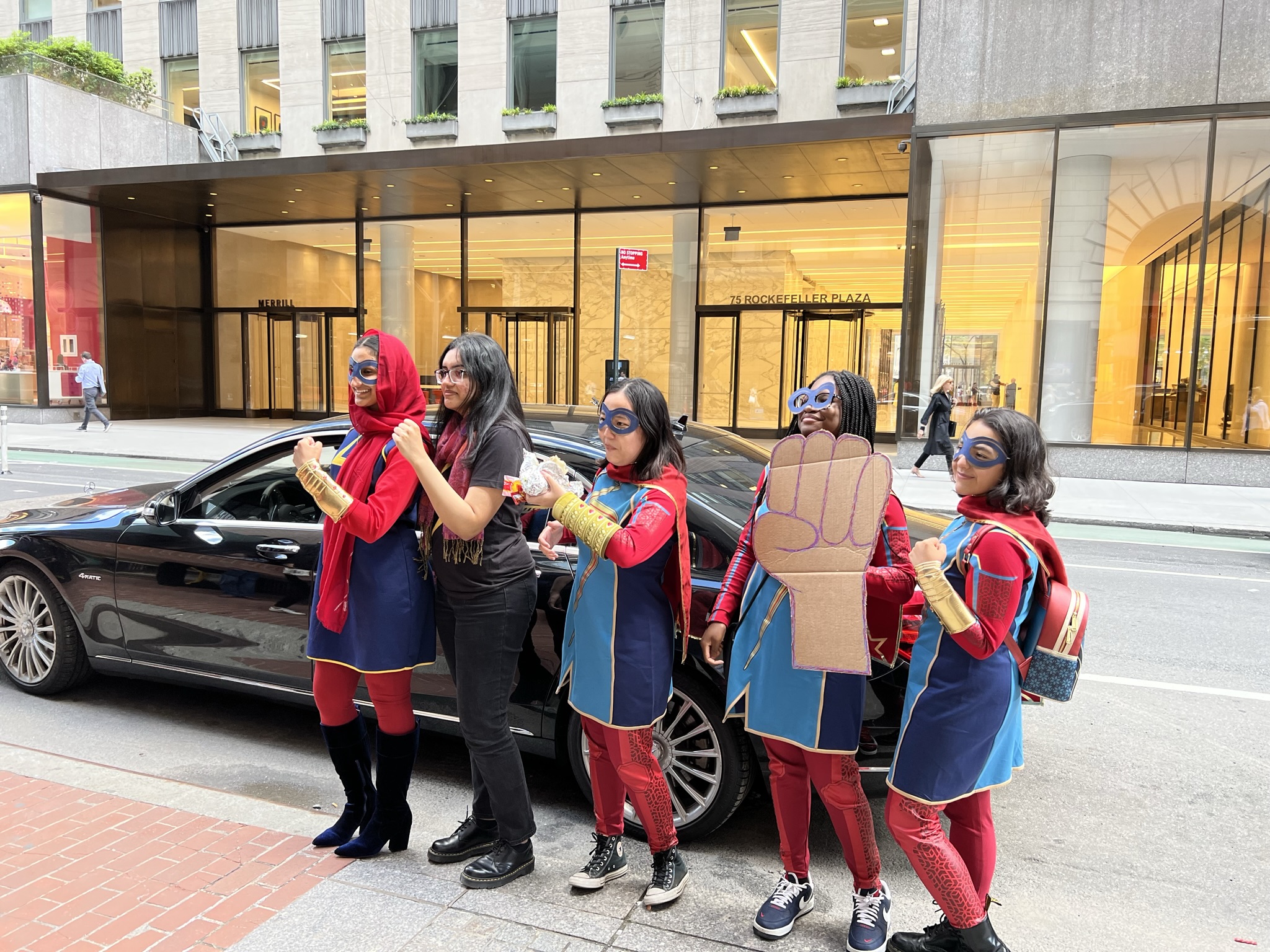 First, we got to meet some amazing young women from McNair Academic High School in Jersey City, New Jersey.

McNair Academic is a magnet school, named after Dr. Ronald E. McNair, an astronaut who died in the Space Shuttle Challenger disaster. 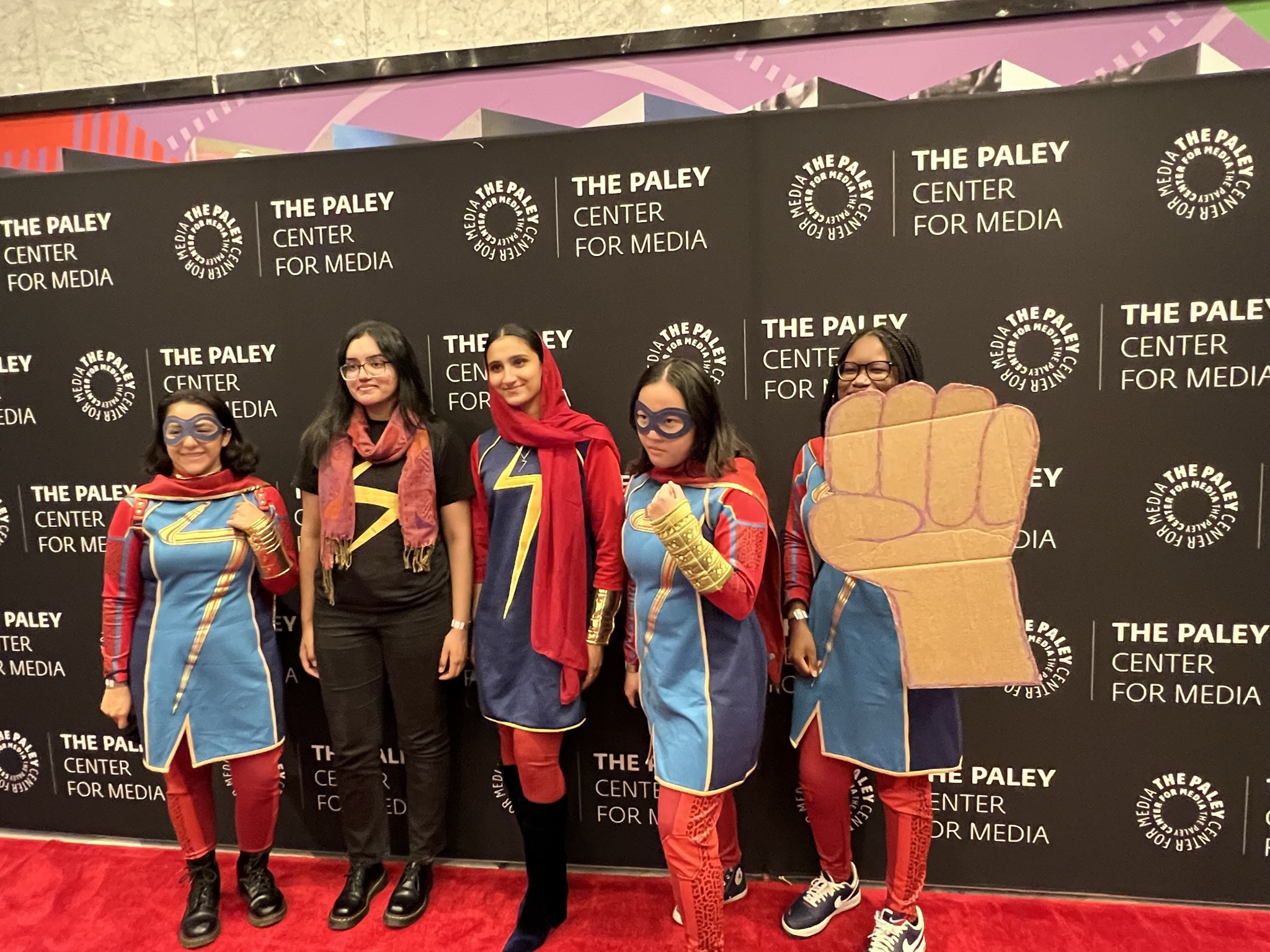 These inspiring young women were all dressed like Ms. Marvel, but they brought their own personality to their costumes. 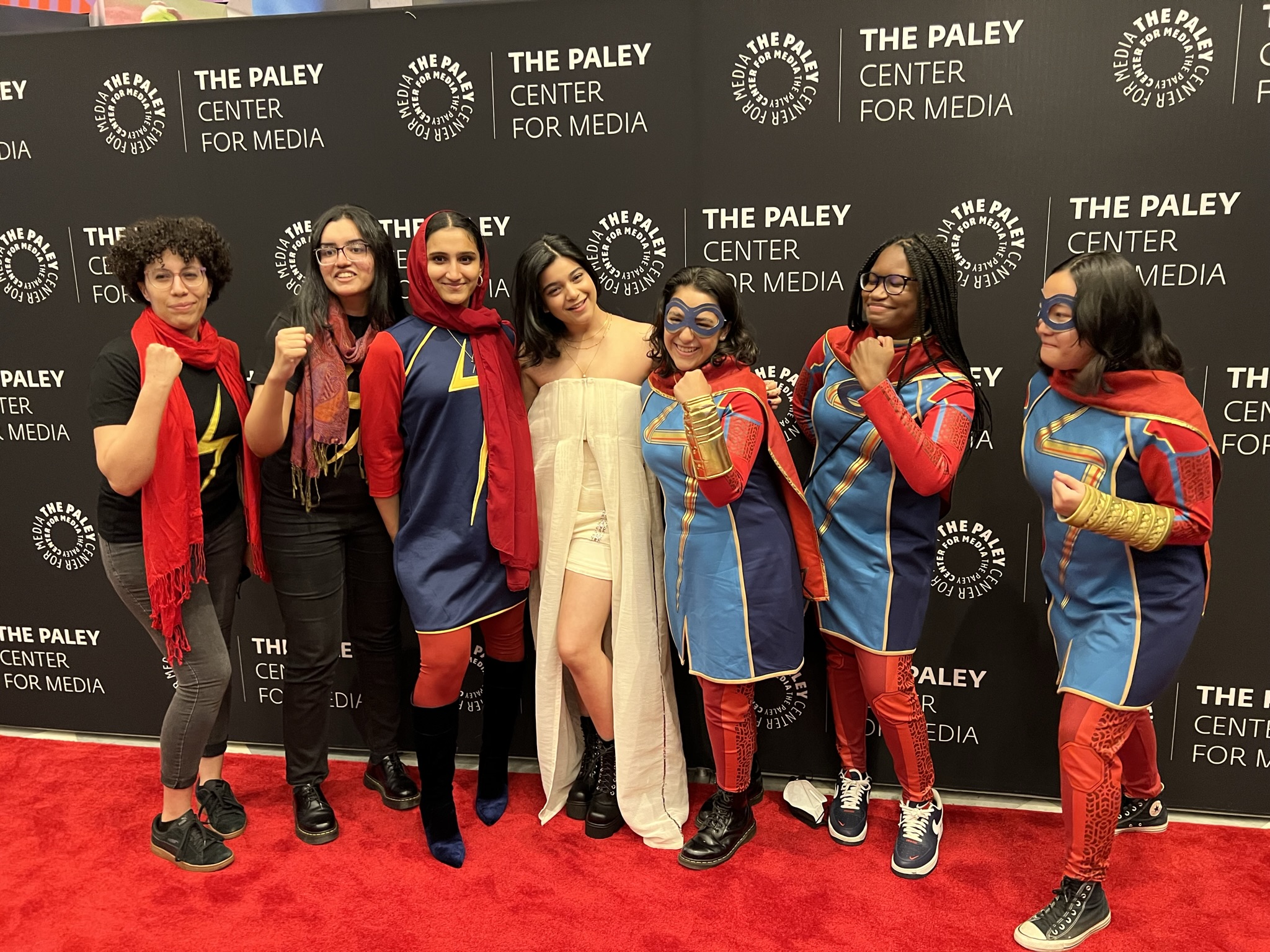 They seriously geeked out when they got to meet Iman Vellani, who stars as Ms. Marvel in the series!

Honestly, I think Iman was geeking out, too! 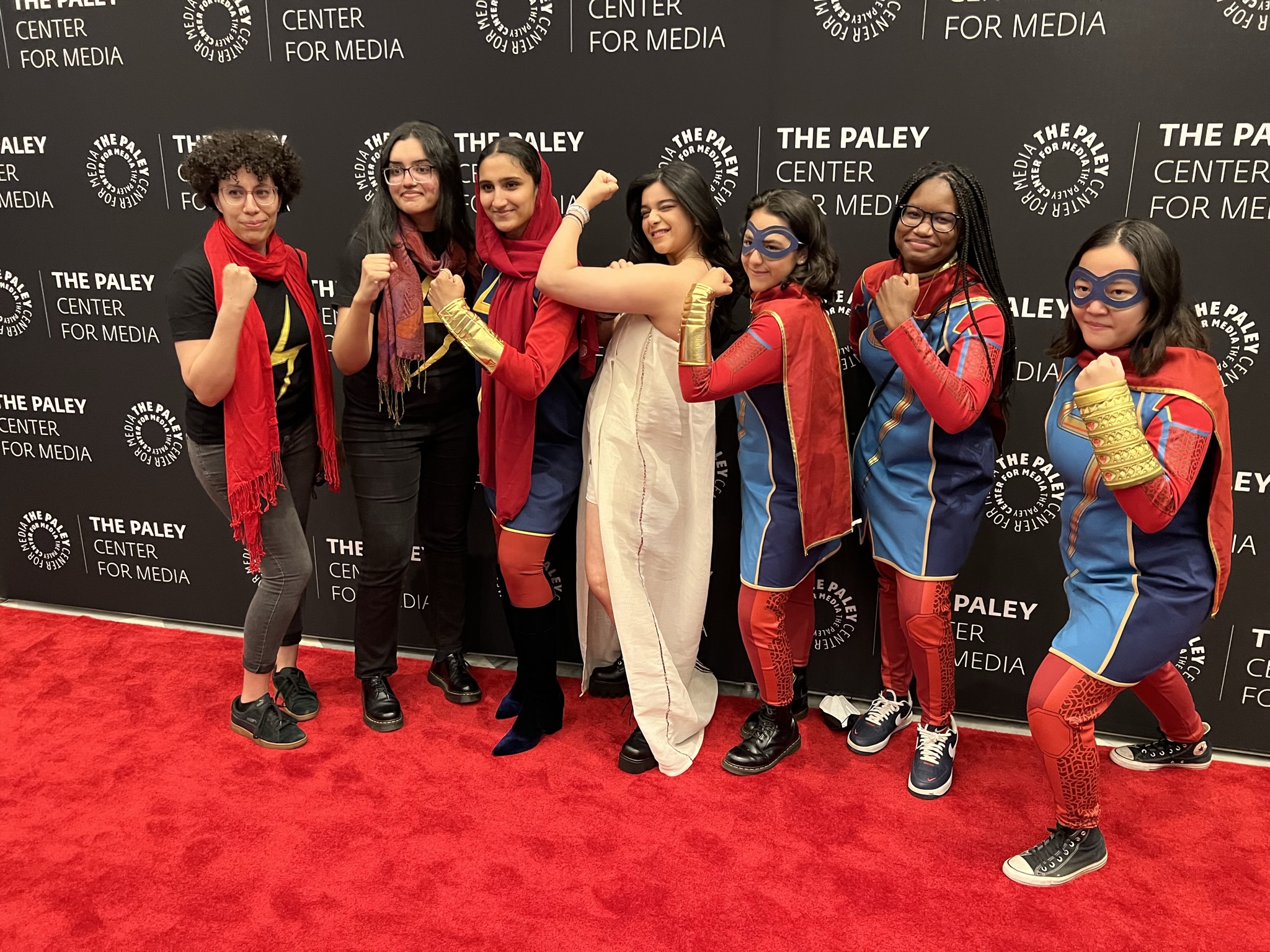 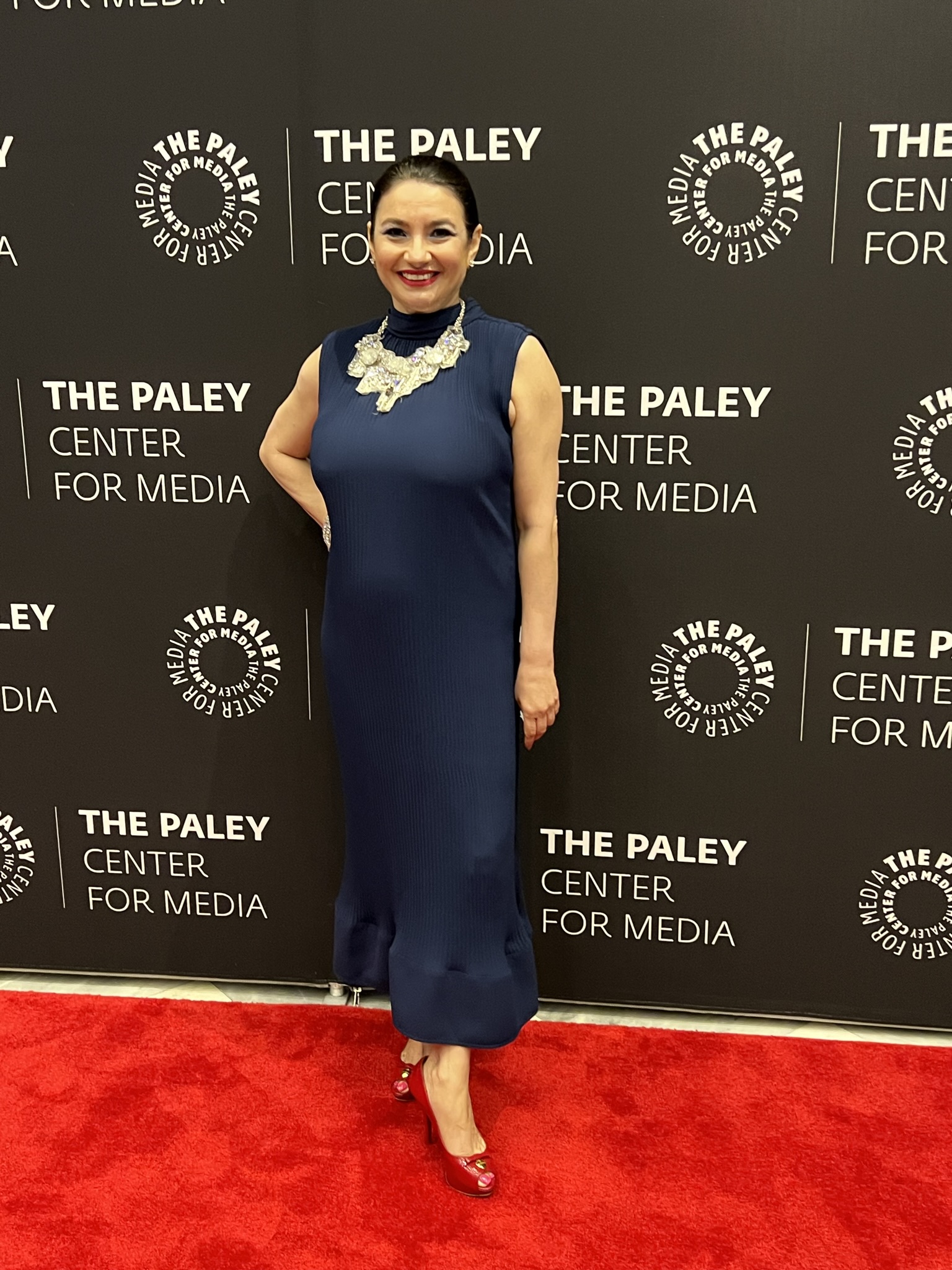 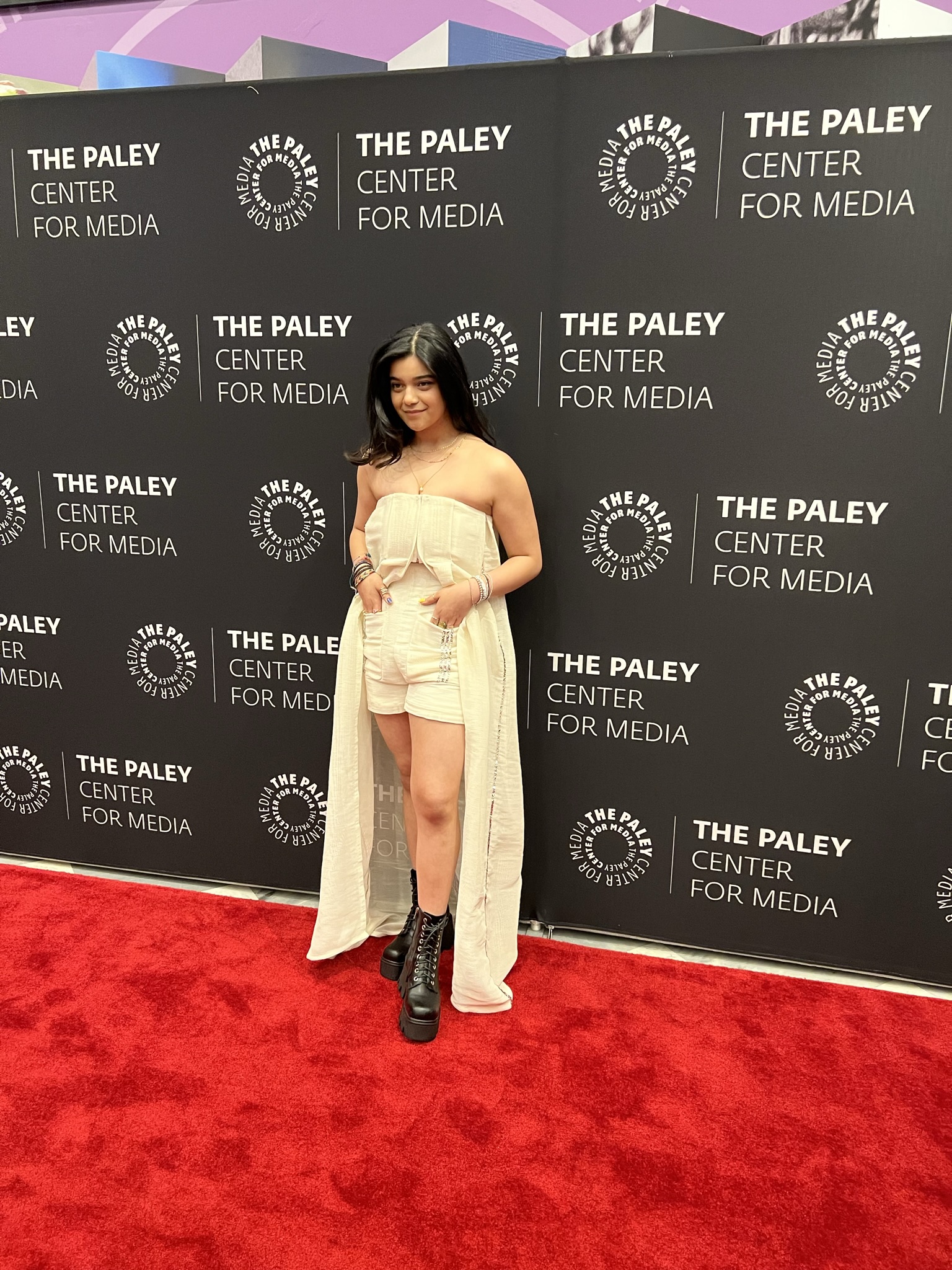 Then came the star of the show, Iman Vellani. 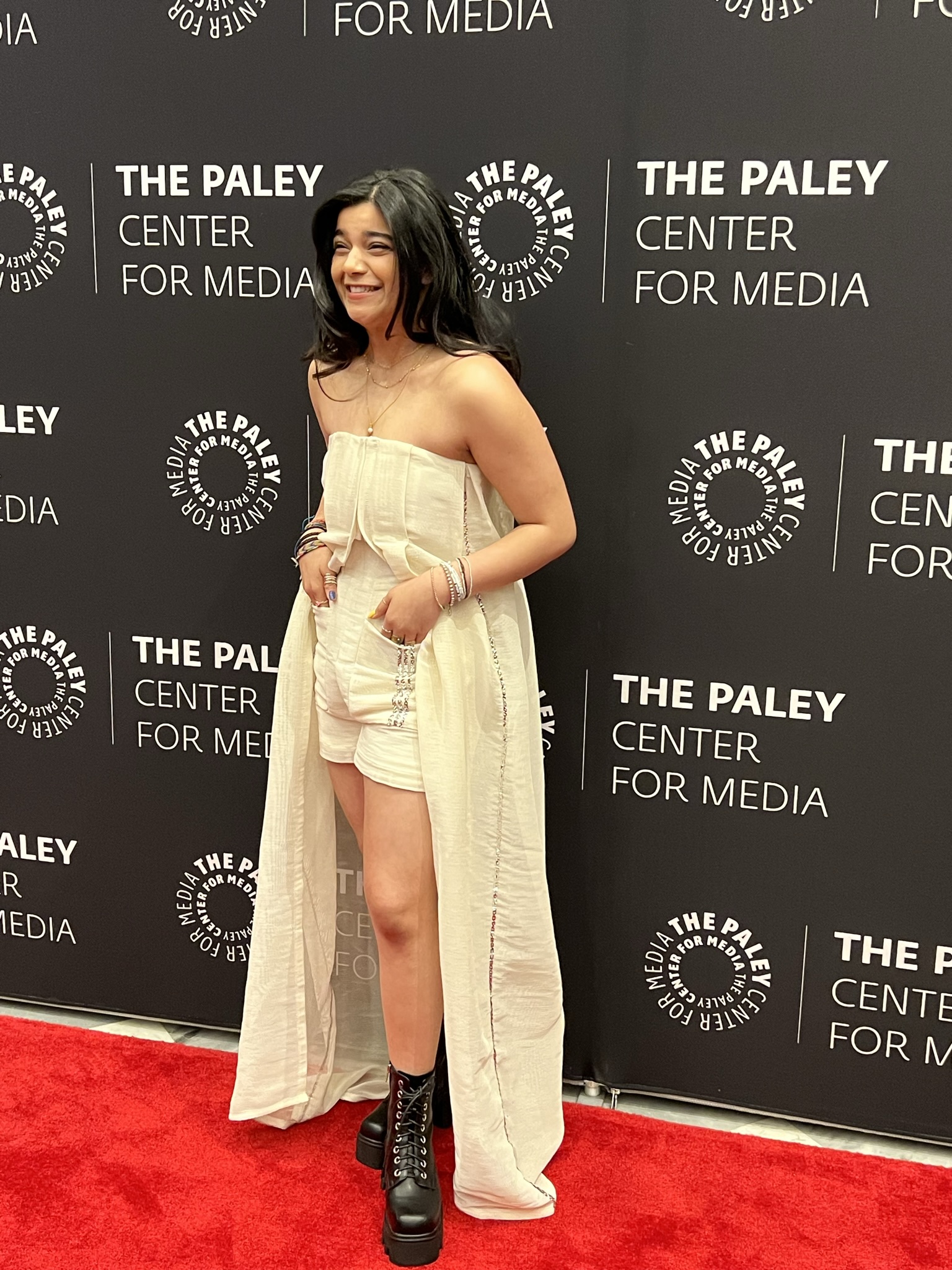 Iman, the young Pakistani-Canadian actress starring in her first on-screen role, dazzled fans in a white short jumpsuit with a long crepe cape. 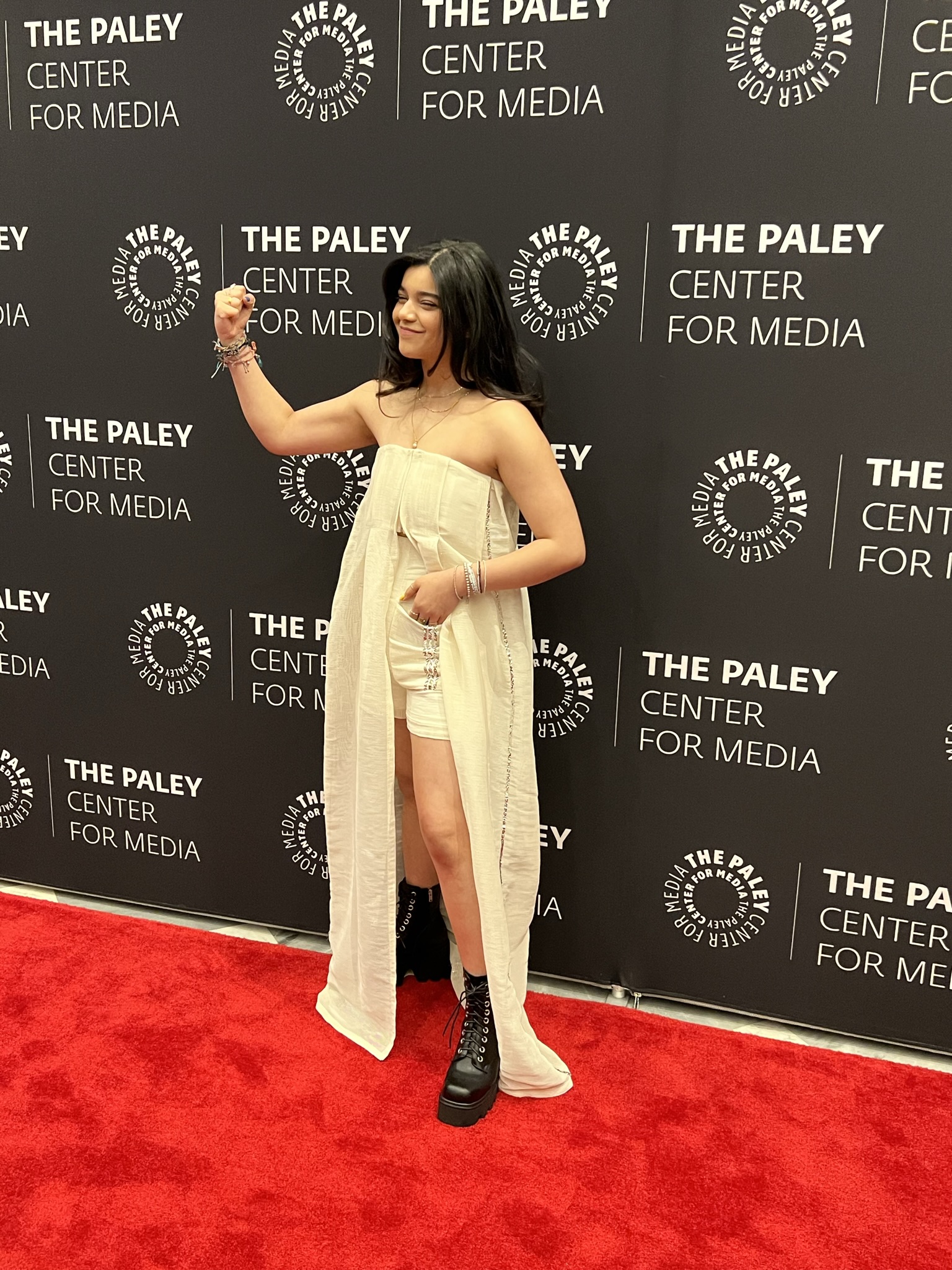 After red carpet photos were done, I had the opportunity to chat with executive producer Sana Amanat. 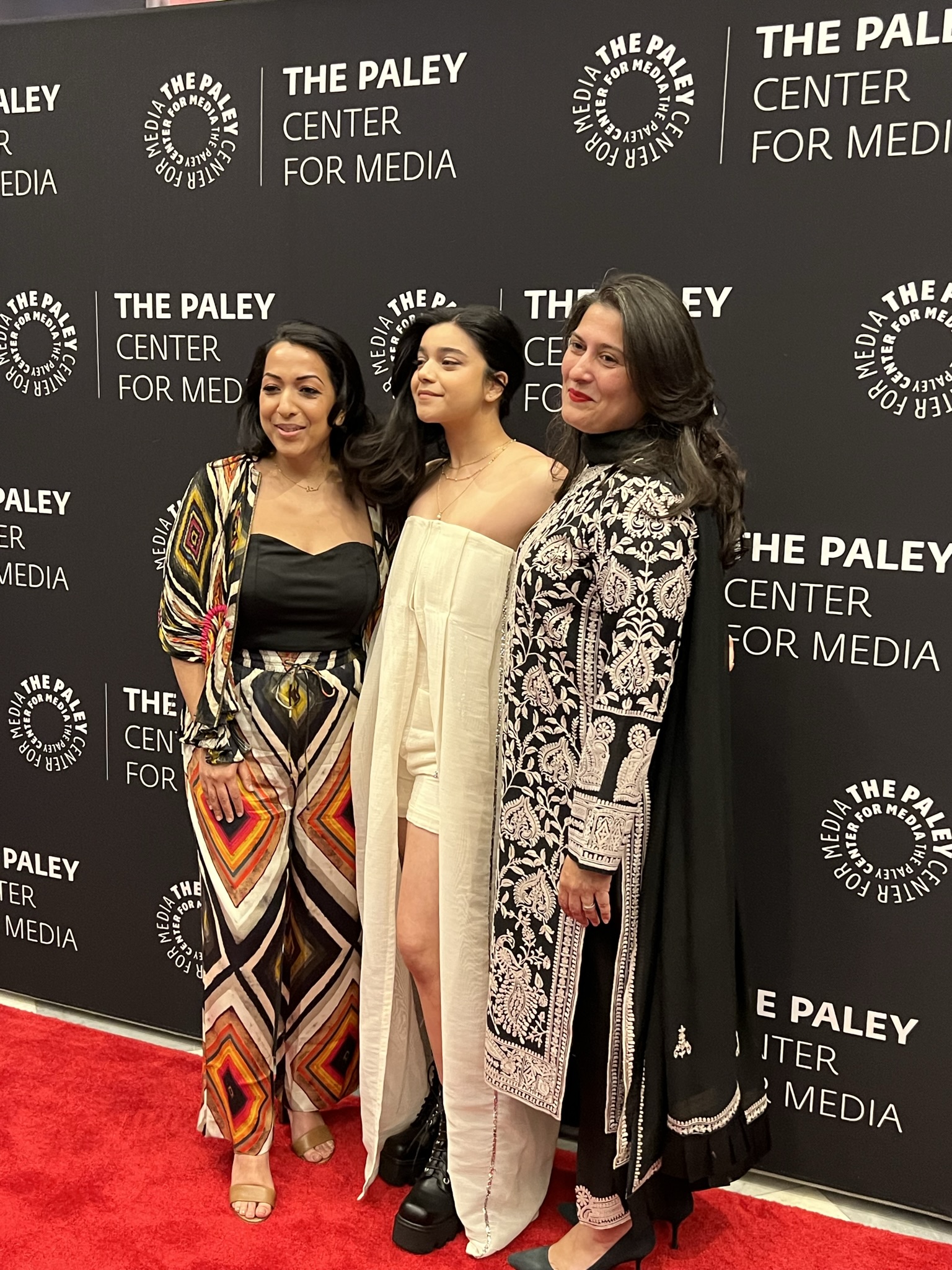 If you don’t know Sana – get to know her! She’s the director of content and character development at Marvel.

Sana is also the co-creator of Ms. Marvel! Here she is talking about Ms. Marvel with Seth Meyers in 2014. 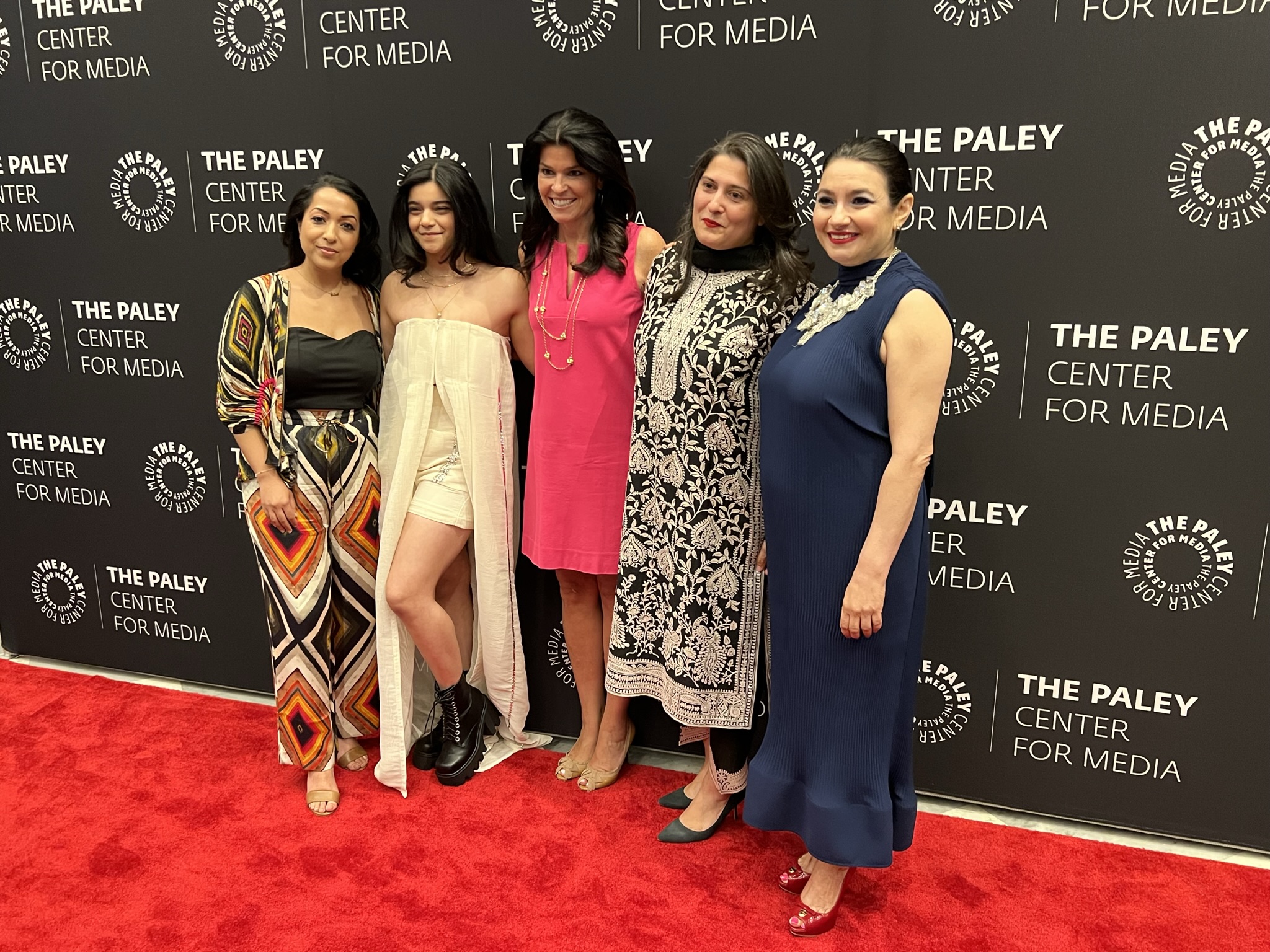 She also runs the Women of Marvel panel at Comic Con every year. You can watch her Ted Talk from a few years ago, when she talked about the importance of diversity in comic books.

Here’s my quick interview with Sana – I wanted to know what it meant to her to have the project come to life.

Note that I asked about season 2 – no word on that yet. Sorry, MickeyBlog fans – I wish I had a scoop for you!

Director Sharmeen Obaid-Chinoy explained that Ms. Marvel is a celebration of a Muslim immigrant who is a huge Marvel fan.

Now read part two of this story – all that was learned in the Q&A with the cast and crew after the screening of episode one of Ms. Marvel.