Disney entertainment has always had a reputation for elevating the standard Theme Park show experience to those of Broadway caliber.

Since its opening, Beauty and the Beast LIVE Onstage has been a shining example of just how incredible of a show Disney Parks is capable of putting out. We recently caught a performance of the show and were not only impressed by the acting taking place onstage…but by the full, character-driven performances the ASL interpreters were giving too! 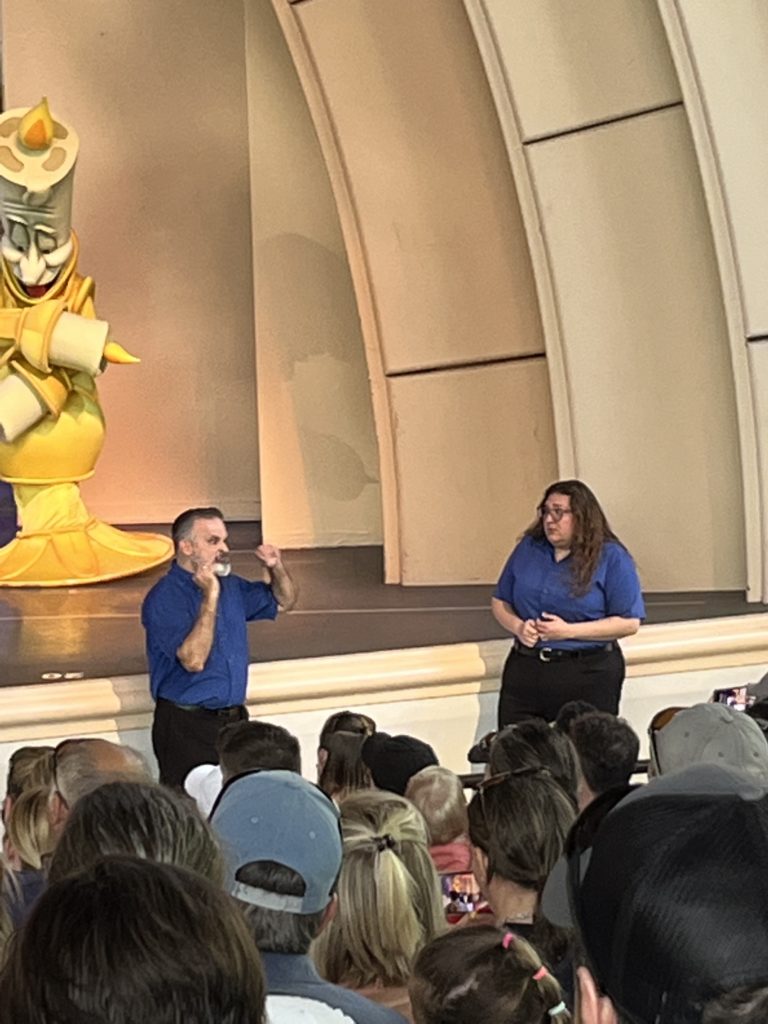 At select performances of shows, Disney offers ASL translation for guests with hearing impairments. We’ve seen our fair share of interpretations, but the two Cast Members at Beauty and the Beast LIVE gave a performance that I watched just as much as I did the onstage cast! 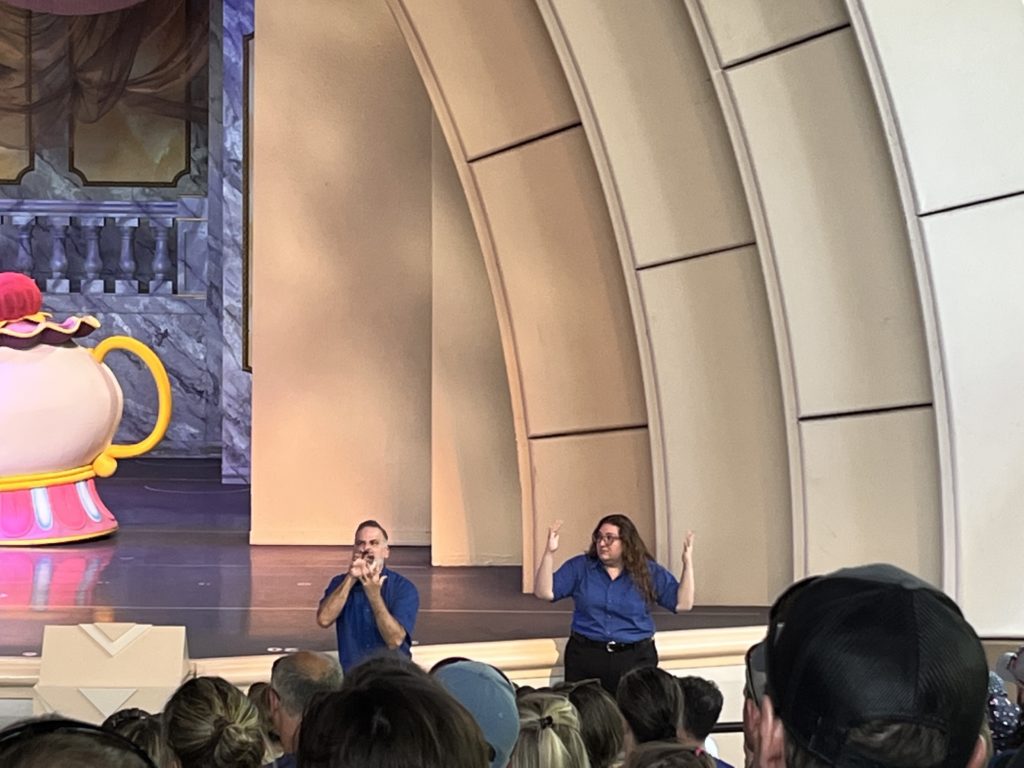 The awesome interpreters depicted the action not just through ASL, but through corresponding facial expressions, exaggerated body language, and even choreography! 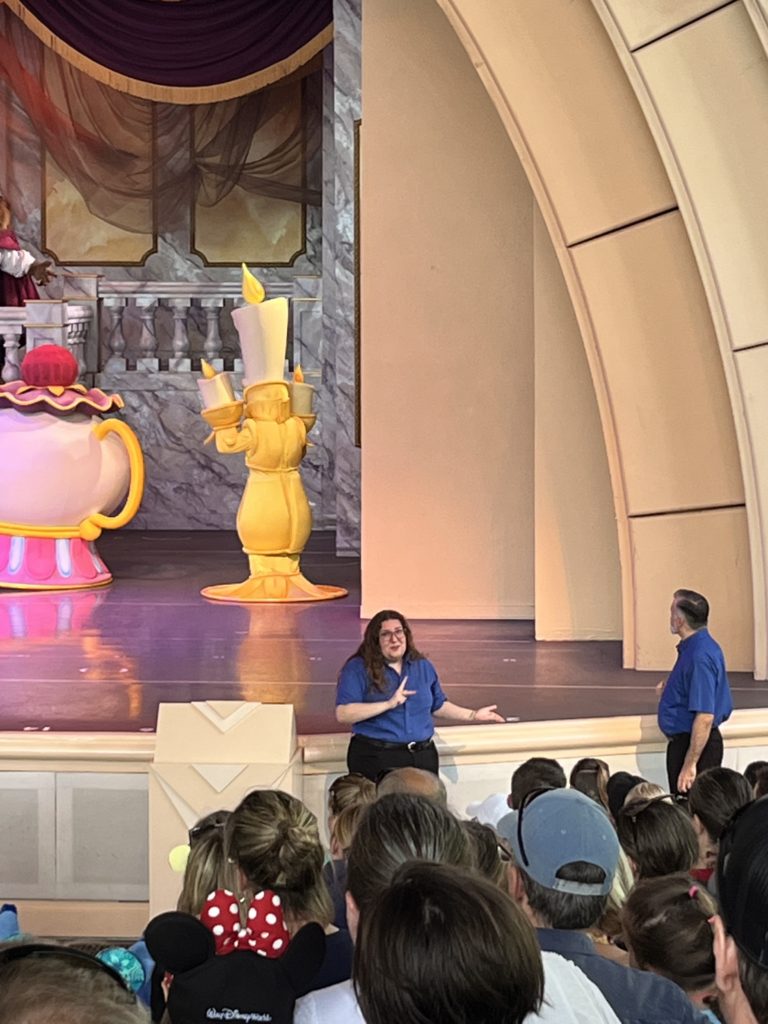 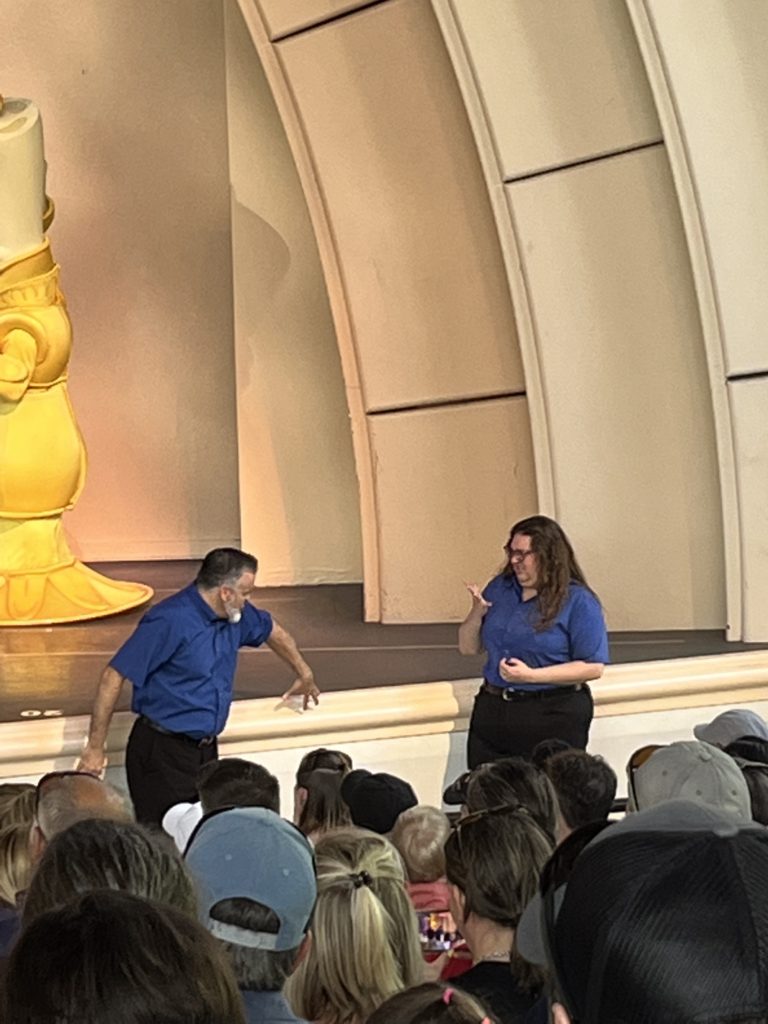 The interpreters even took some time to chat- in ASL and in English- with guests after the show had culminated, personalizing the experience to one guests will certainly never forget! 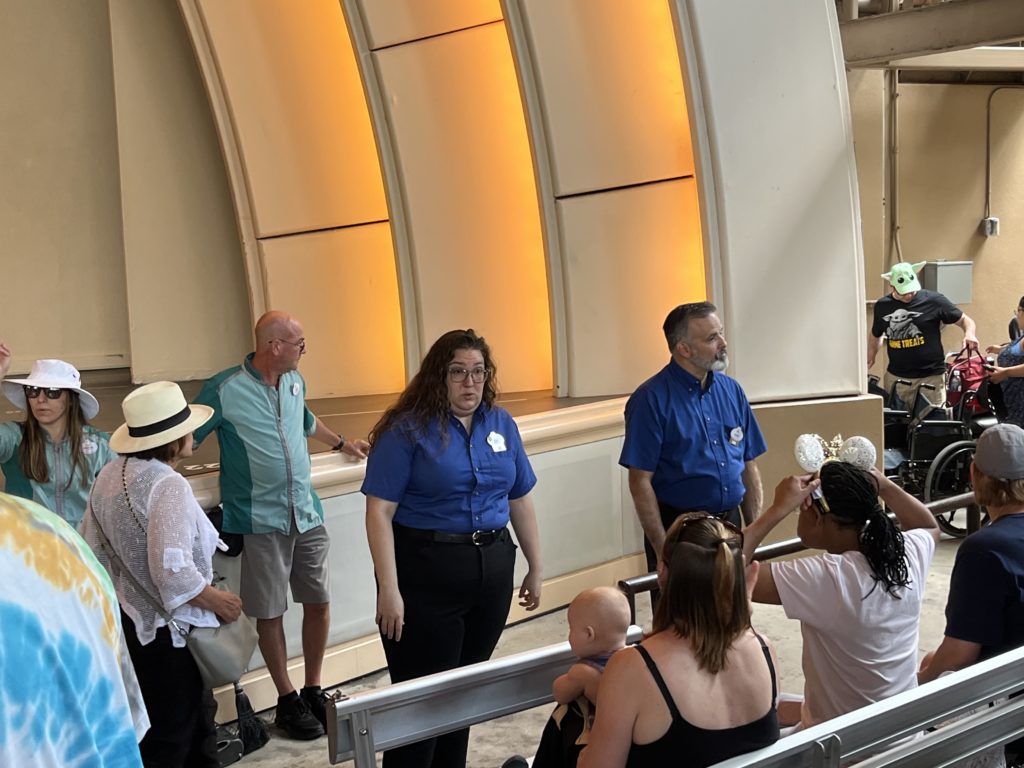