If you like your cupcakes flamboyant, fruity, and fabulous, then Disney’s Animal Kingdom has just the treat for you! 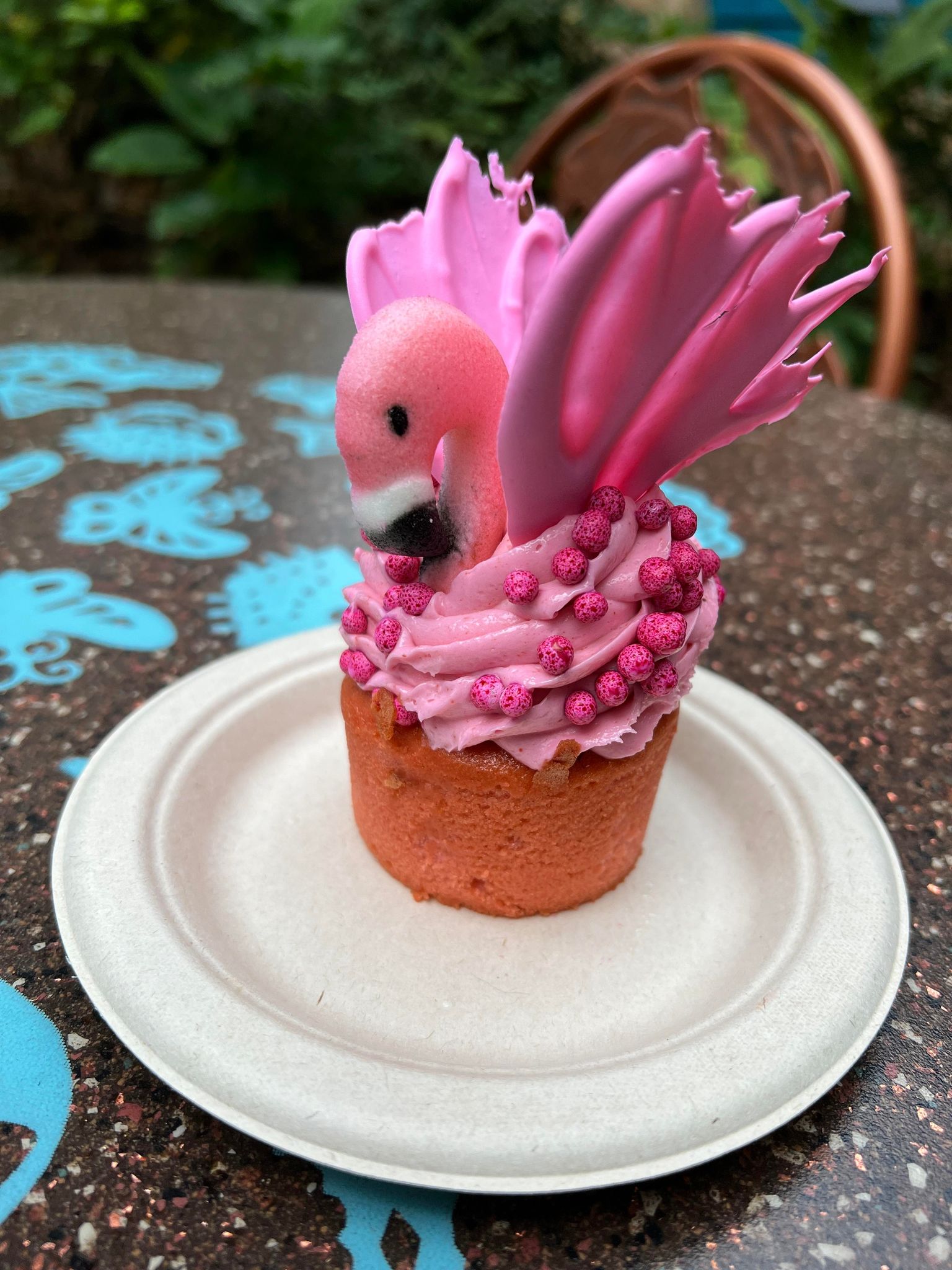 This absolute icon is the new Flamingo Cupcake, which has just swanned in to Flame Tree Barbecue at Disney’s Animal Kingdom. Isn’t she spectacular? 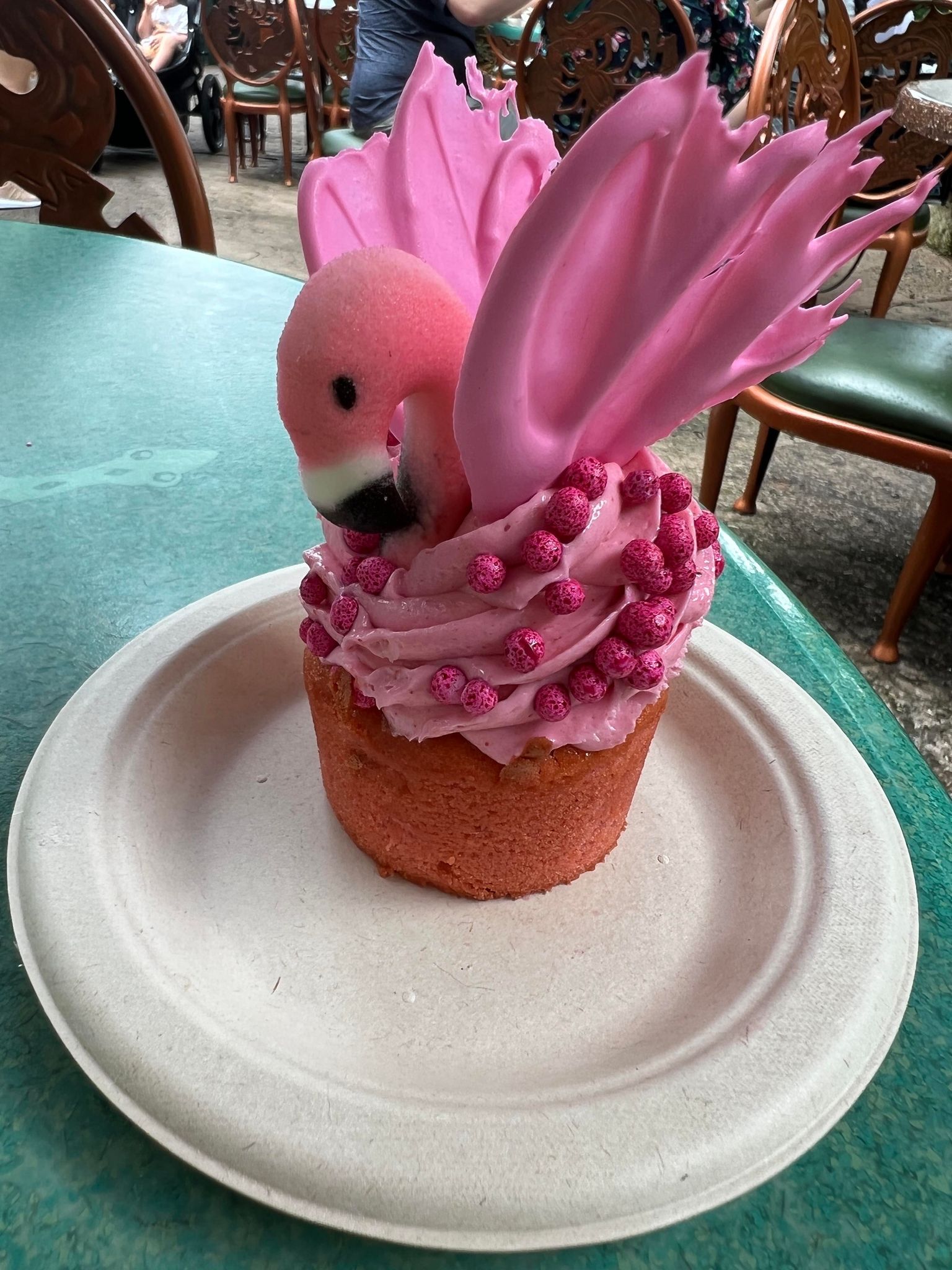 Flavor aside, this cupcake is such a flamboyant work of art that we almost can’t bring ourselves to eat it. A 3D structure of avian majesty atop a cloud of bright pink frosting, we think this cupcake is a perfectly viable new attraction at Disney’s Animal Kingdom! 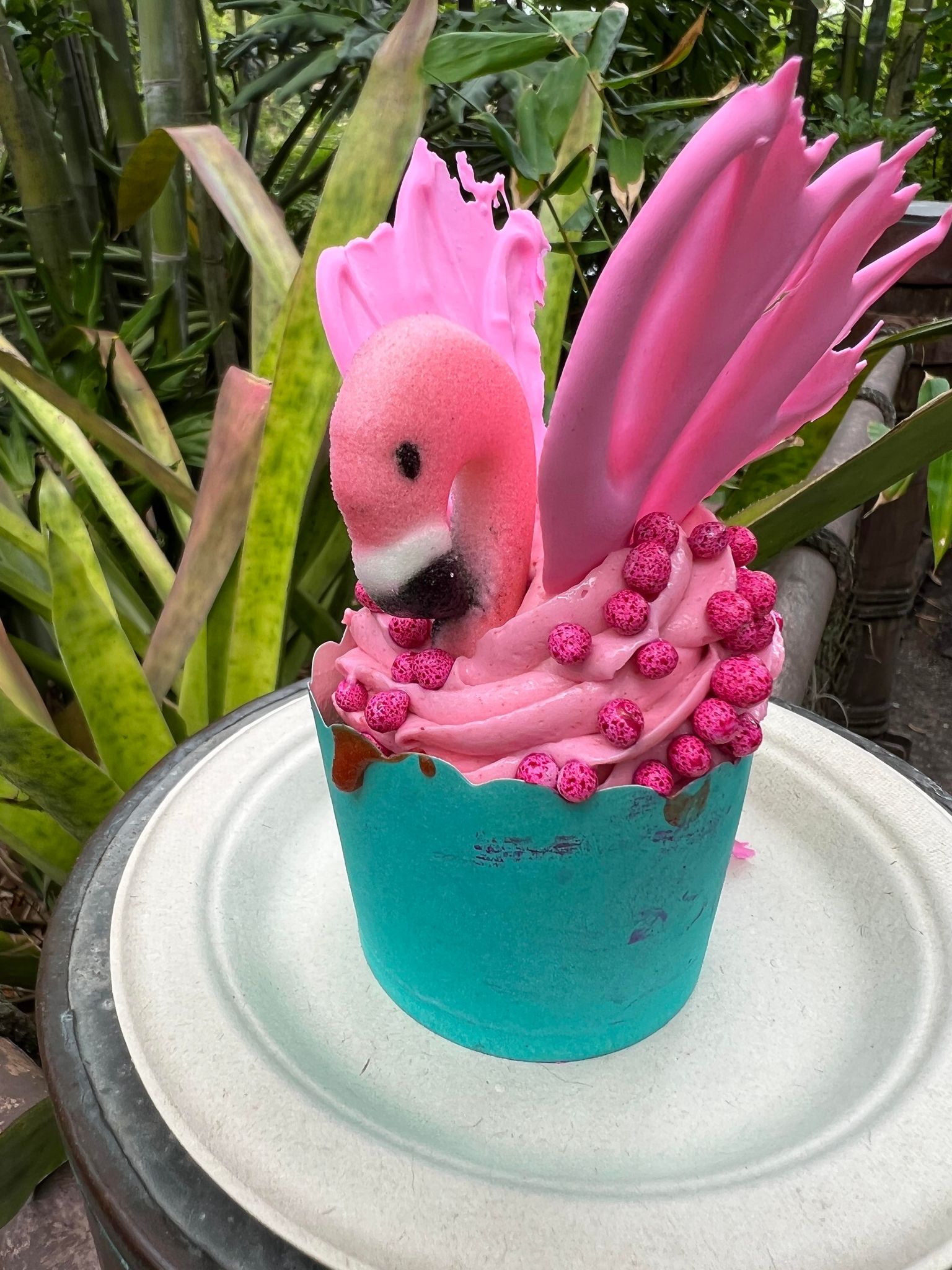 Those wings are rather spectacular, you must agree. 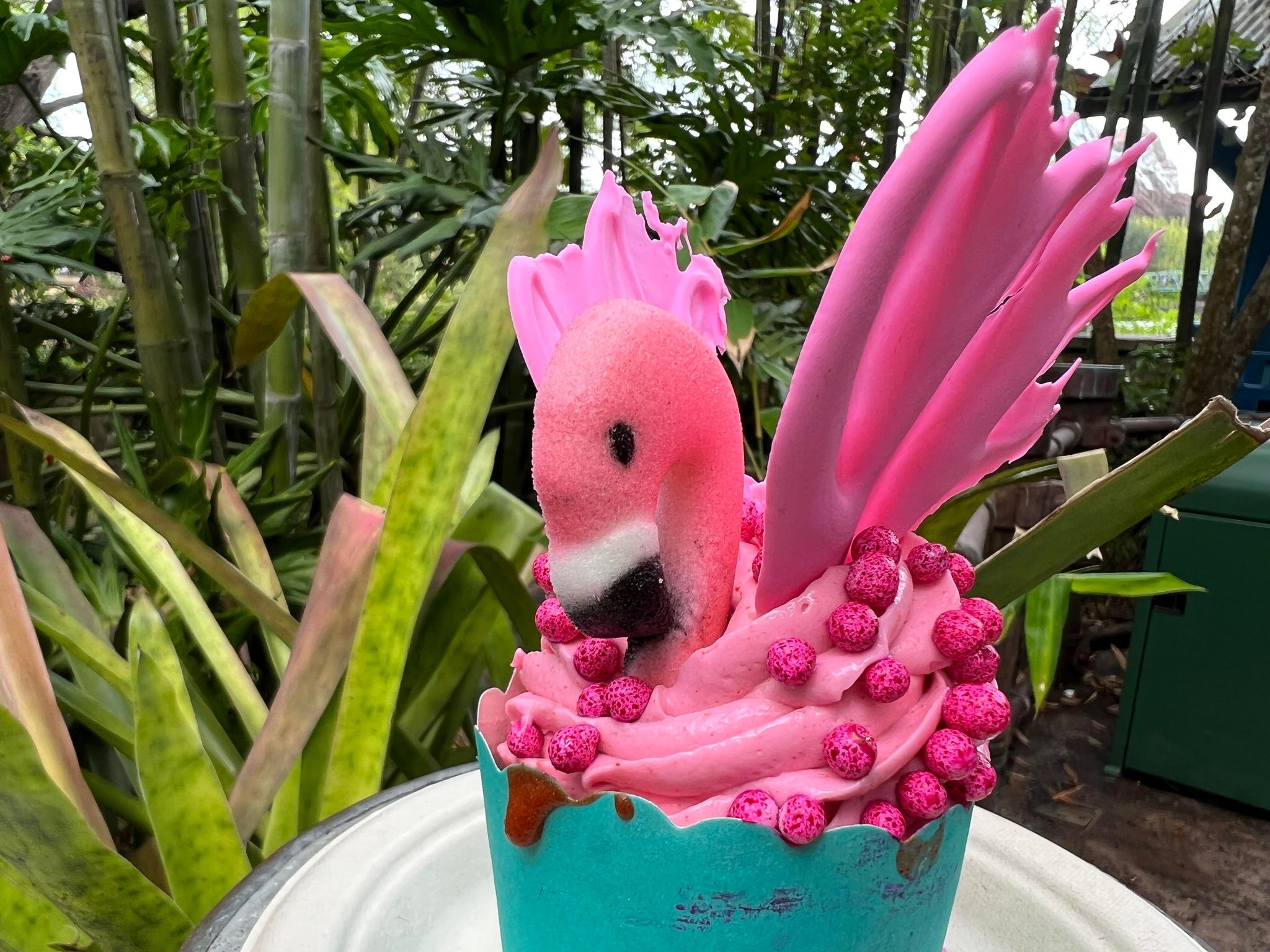 I’d actually argue that some of the best cupcake creations at Walt Disney World have been found over at Disney’s Animal Kingdom. We love this winter menagerie cupcake, and this adorable bee design! 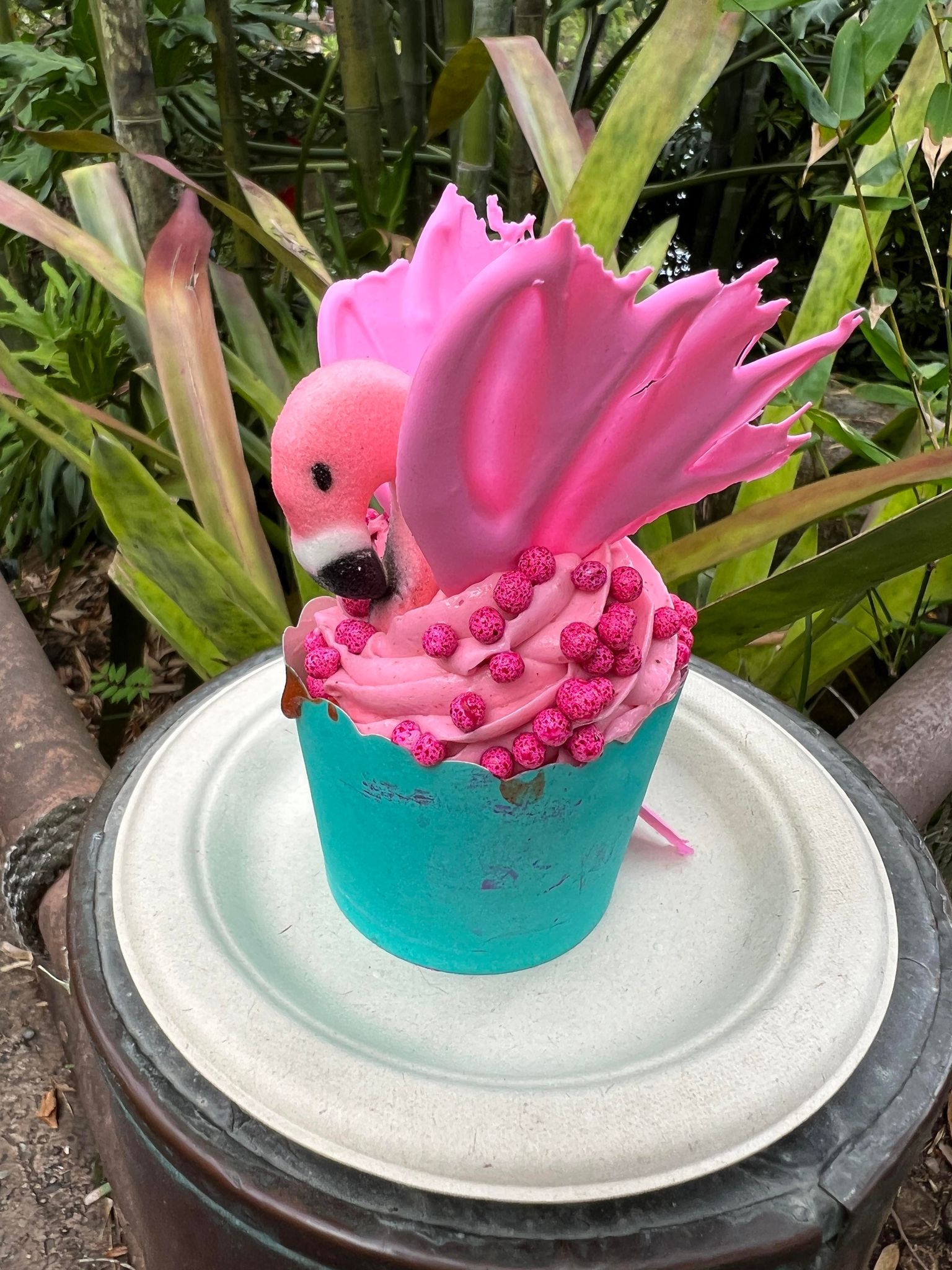 Sadly, we are going to have to stop marvelling at this stunning cupcake artistry and cut into it to try. How else are we going to tell you how good it tastes? 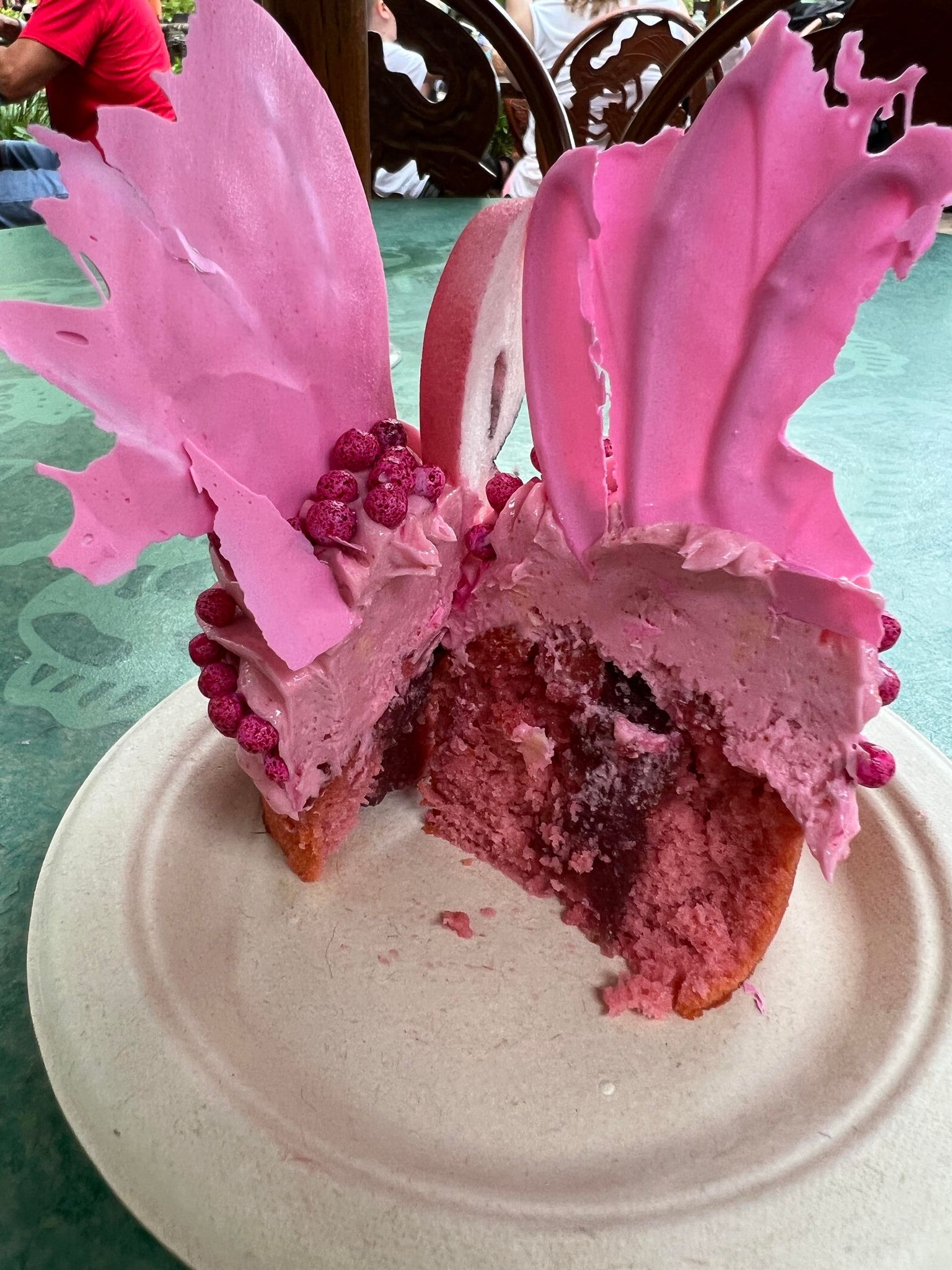 It’s so gooey! So, what we have here is strawberry cupcake, filled with a sweet strawberry compote. The frosting is flavored with tropical guava, and the flamingo’s wings are made from a pink white chocolate. Finished with strawberry pearls, this is a delicious summertime snack indeed! 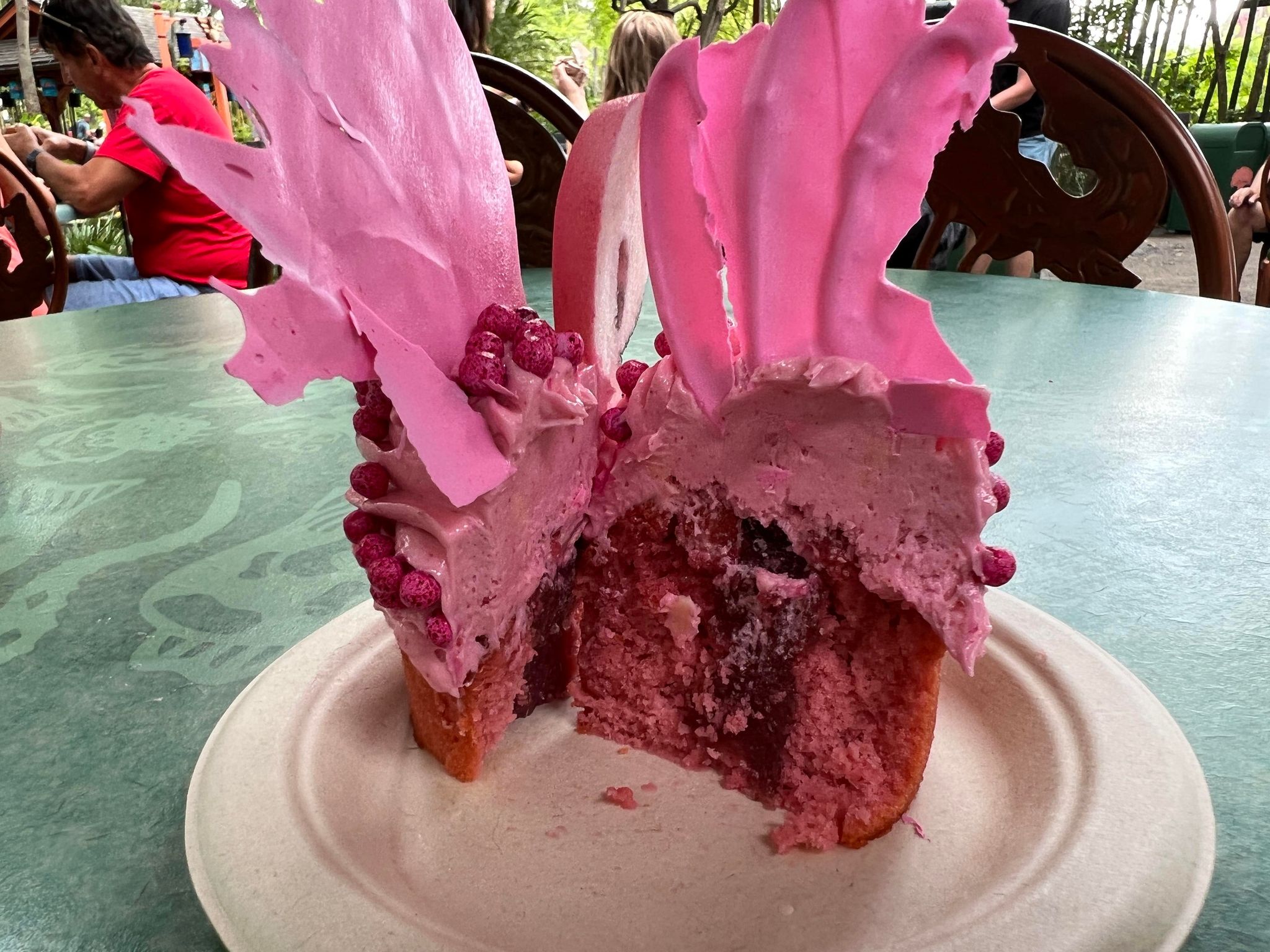 Let’s just take one more look at the cupcake in its beautiful glory, shall we? 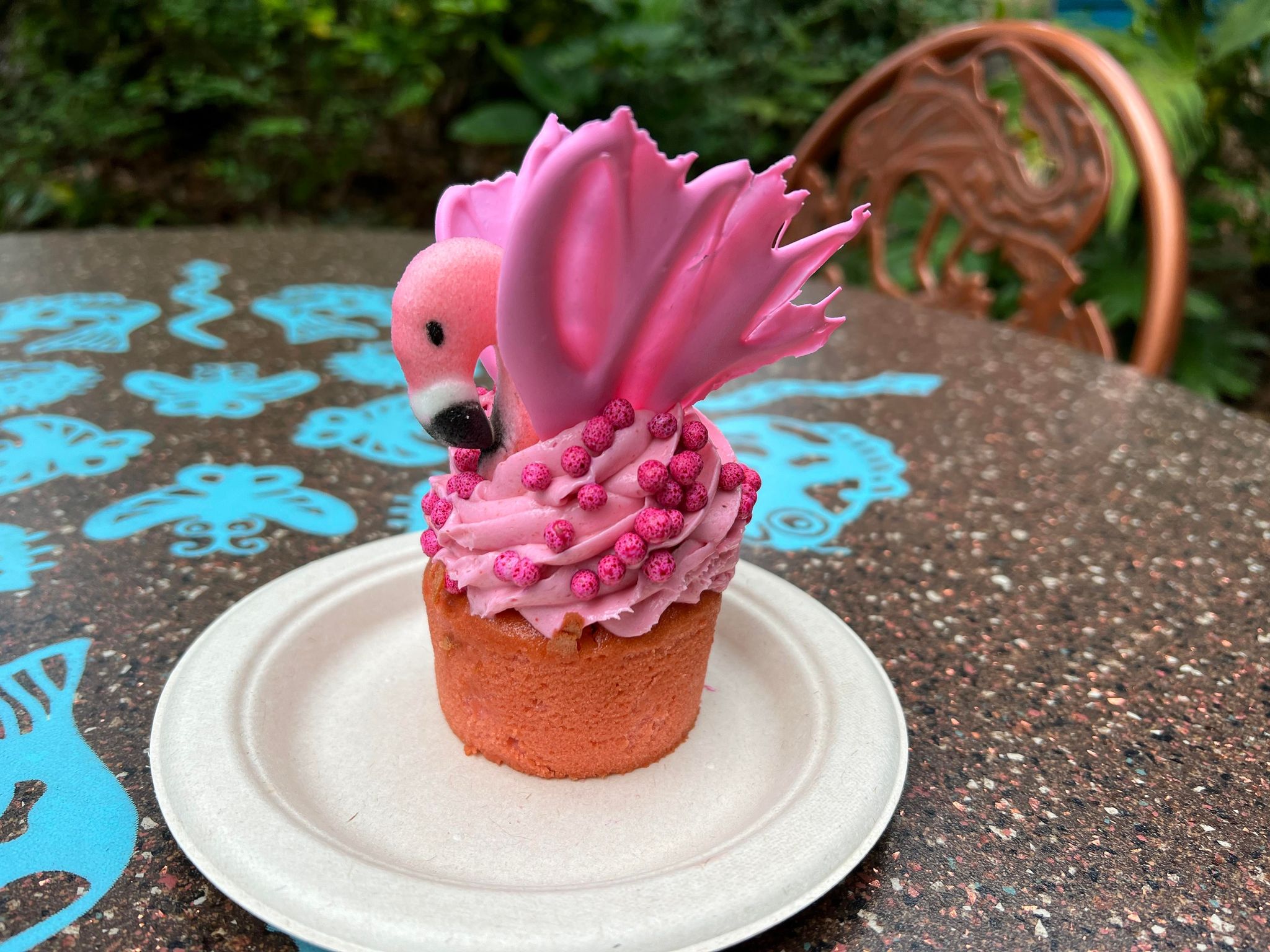 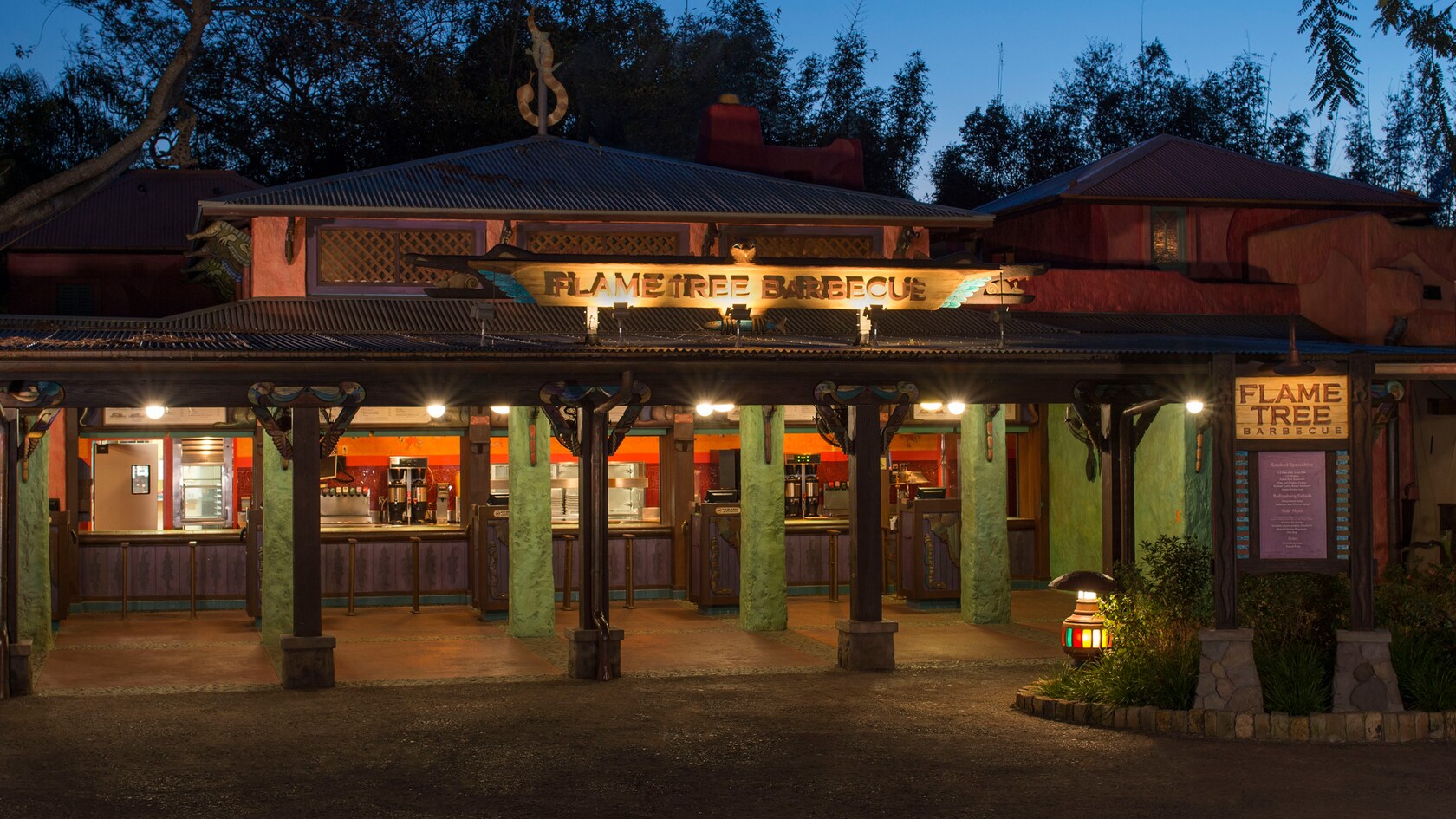 We found this over at Flame Tree Barbecue, where it costs $5.99. Will you be treating yourself to a flamingo cupcake on your next trip to Disney’s Animal Kingdom?