With themes from a beloved classic park attraction, an original Disney television show, and a popular video game, the new Mickey-centric magnets that popped up at Tommorrowland Light and Power Co. this week have something for everyone. Much to our surprise, a fourth magnet celebrates a treasured animated film of the 1990s. 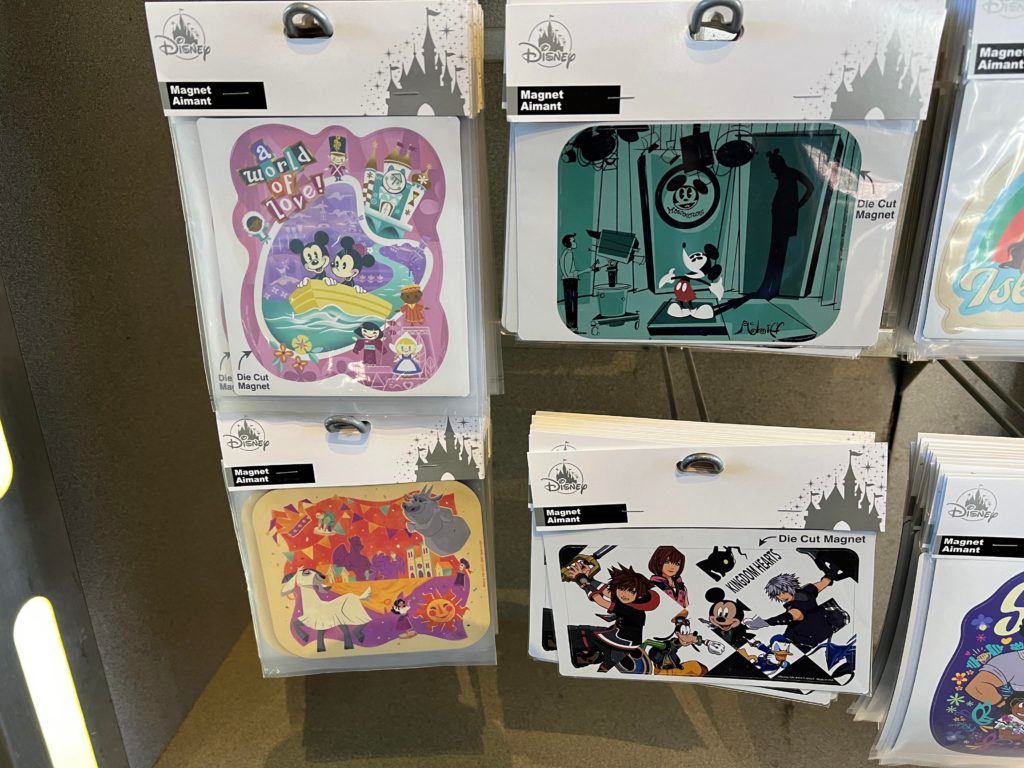 The wooden figure of Esmerelda celebrates the Feast of Fools in the colorful streets of Paris in the fourth magnet, which brings to life 1996’s “The Hunchback of Notre Dame.” Along with the thoughtful gypsy, the magnet uses a plethora of bright shades and the bold figure of Notre Dame set in the background. 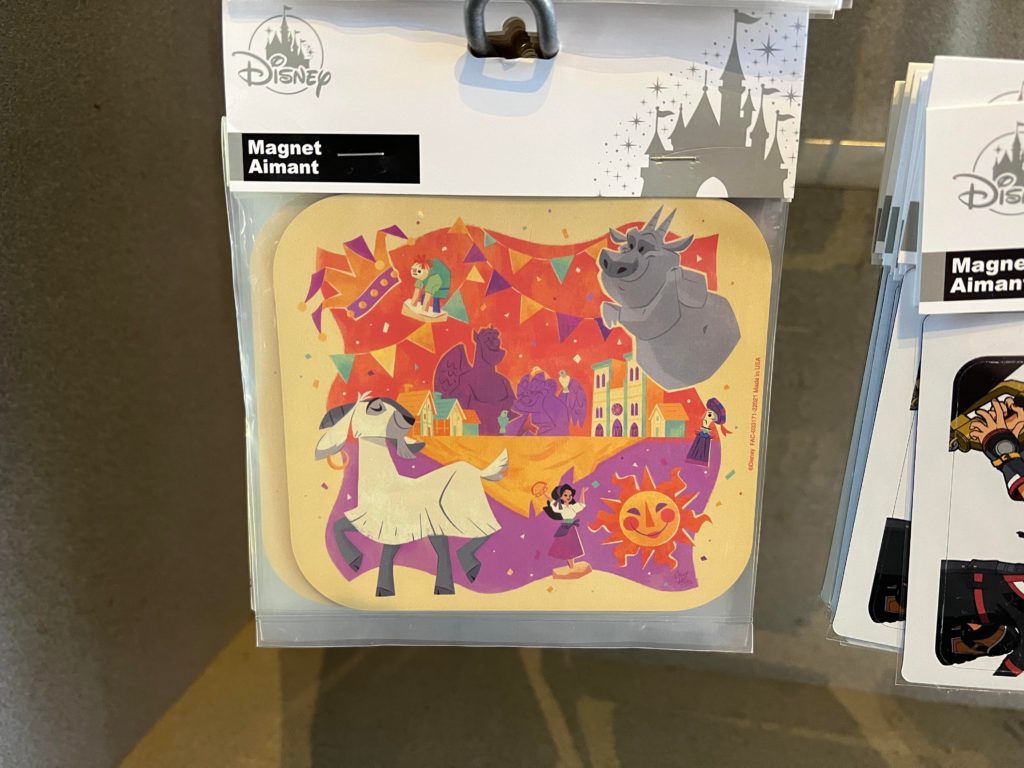 Other wooden statues from Quasi’s placeset, including one of himself, float through the pendants hung above the square. The gargoyles, Victor, Hugo, and Laverne also playfully appear with Hugo taking a corner spot on the right side. Esmeralda’s loyal assistant Djali watches over her as always too. 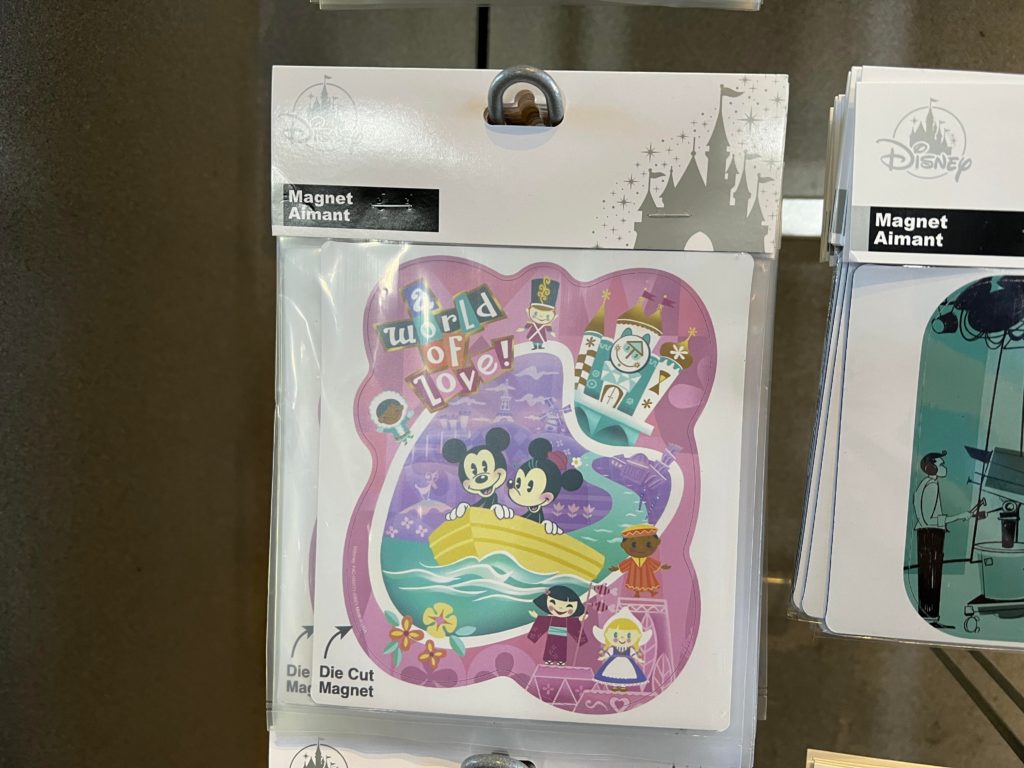 “it’s a small world” takes Mickey and Minnie Mouse on a ride through “a world of love” in a darling pastel themed option. Five dolls from the ride surround the couple on their peaceful float through a sketched globabl setting. 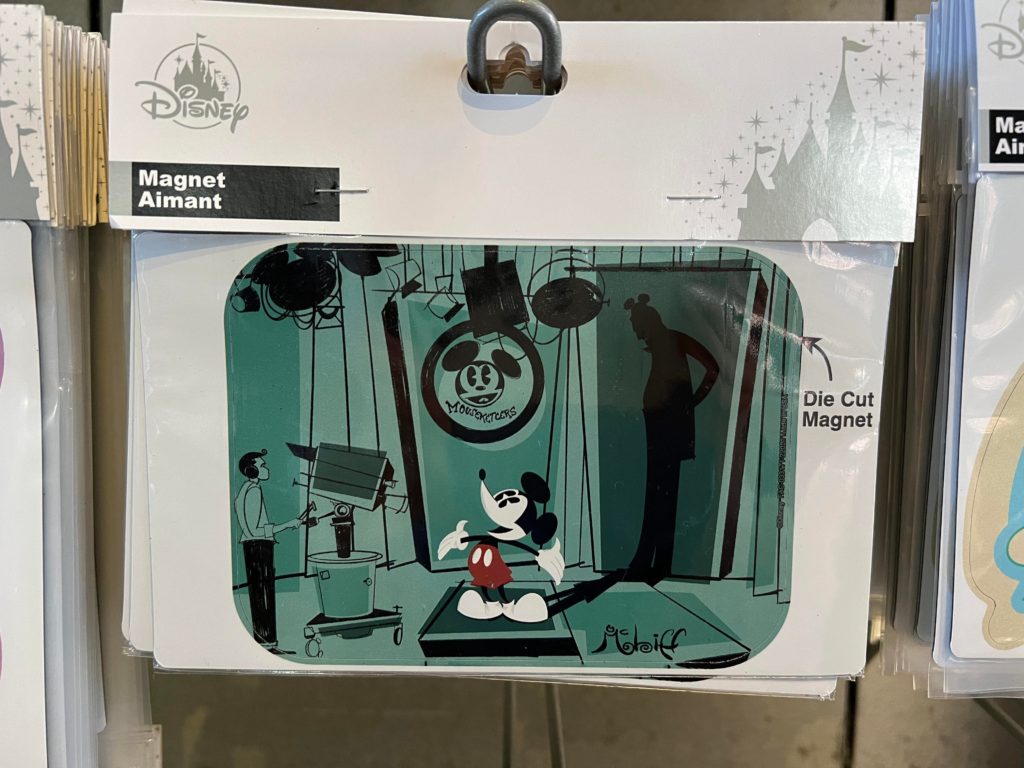 David McNeley’s painting, “I’m Proud of You” also received the magnet treatment. Signed by the artist under his professional name, McBiff, the painting celebrates the relationship between Walt Disney and his little buddy, Mickey Mouse. 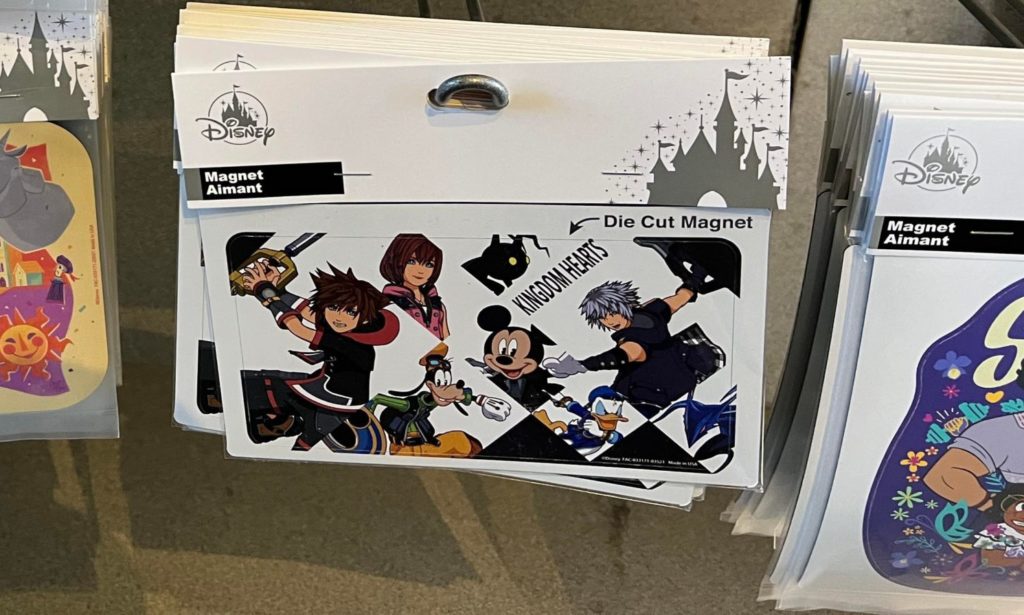 Kingdom Hearts also is now available as a magnet featuring not only the game’s characters but also Donald Duck, Goofy and Mickey Mouse. A new version of the game just released on February 10th for Nintendo Switch. 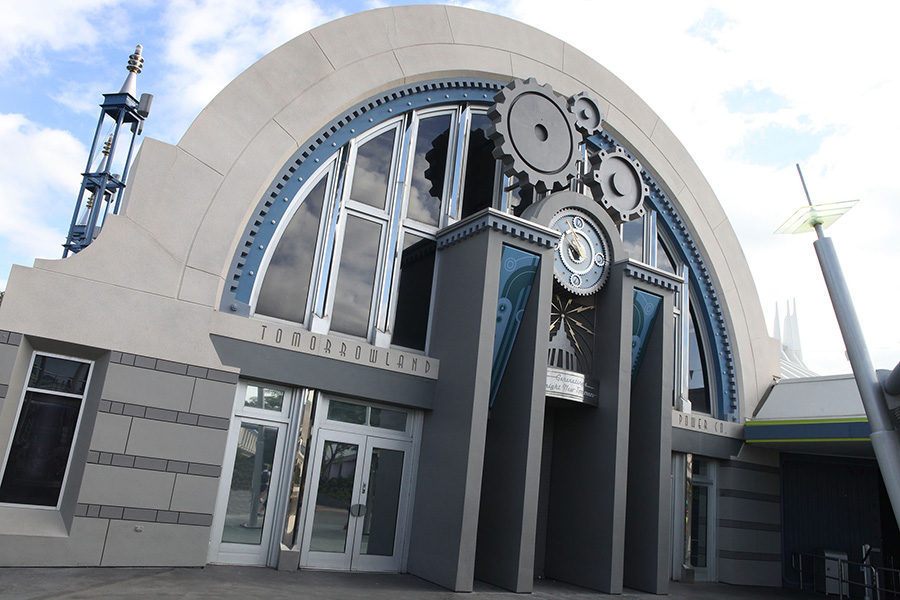 Tommorrowland Light and Power Co. sits at the exit to one of Magic Kingdom’s most popular attractions, Space Mountain. It makes a great stop for gadgets, Star Wars merchandise and unique collectibles.