Get ready McNuggets lovers! The beloved Szechuan Sauce is making a return to the golden arches and we have Rick & Morty to thank for that!  According to a recent piece on MLive.com, McDonald’s will unveil the sauce on March 31st and will keep it on the menu until supplies run out.  There’s also an option to purchase five sauces that spell Szechuan (like the on above) a la carte. But here’s the catch, it’s only available to those ordering online.

For those unfamiliar, the sauce is a bit savory, a little bit sweet and has hints of ginger, vinegar, garlic and soy.  It has developed a bit of a cult following and this is only the third time the iconic dipping sauce has been available over the last 24 years. 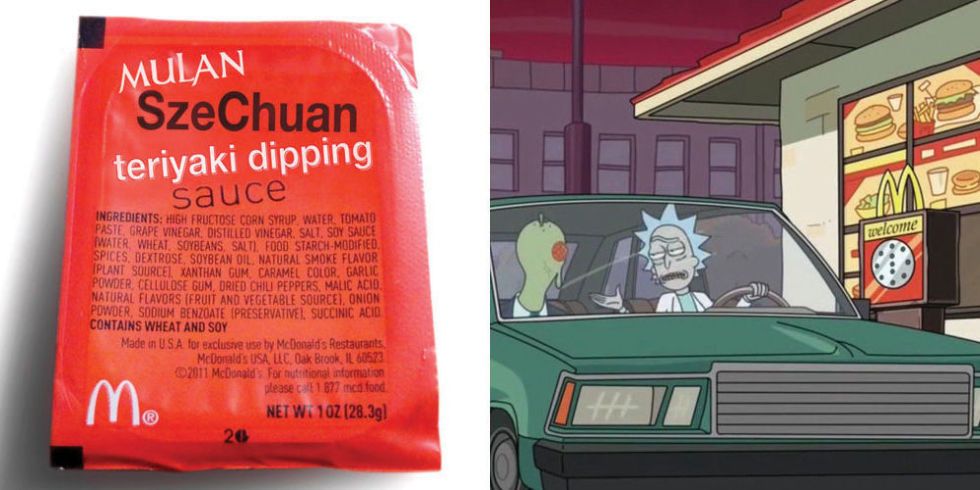 The Szechuan sauce made it’s debut in 1998 as a promo that McDonald’s did for Disney’s Mulan.  The sauce was only available for a limited time and quickly disappeared without a second thought.

That is until the sauce was mentioned in an episode of Rick and Morty.   It was the center of a skit about Rick searching for the illusive Szechuan Sauce during the premiere of the show’s third season. At that point, McDonald’s decided to resurrect the sauce for one day only back in 2017 and chaos ensued. In some instances fighting broke out in McDonald’s locations over the sauce!

You can check out the original clip below:

You can get in on the Szechuan Sauce fandom by ordering yours online starting the end of this month.  Readers are encouraged to keep following along with MickeyBlog for further Walt Disney World news and updates!