As “The Book of Boba Fett” wraps up on Disney+, the show continues its galactic crossover with “The Mandalorian,” another other Disney+ original series. With that, it’s no surprise that the new Lucasfilm merchandise available yesterday at Tomorrowland Light and Power Co. blends the journeys of these Star Wars icons. 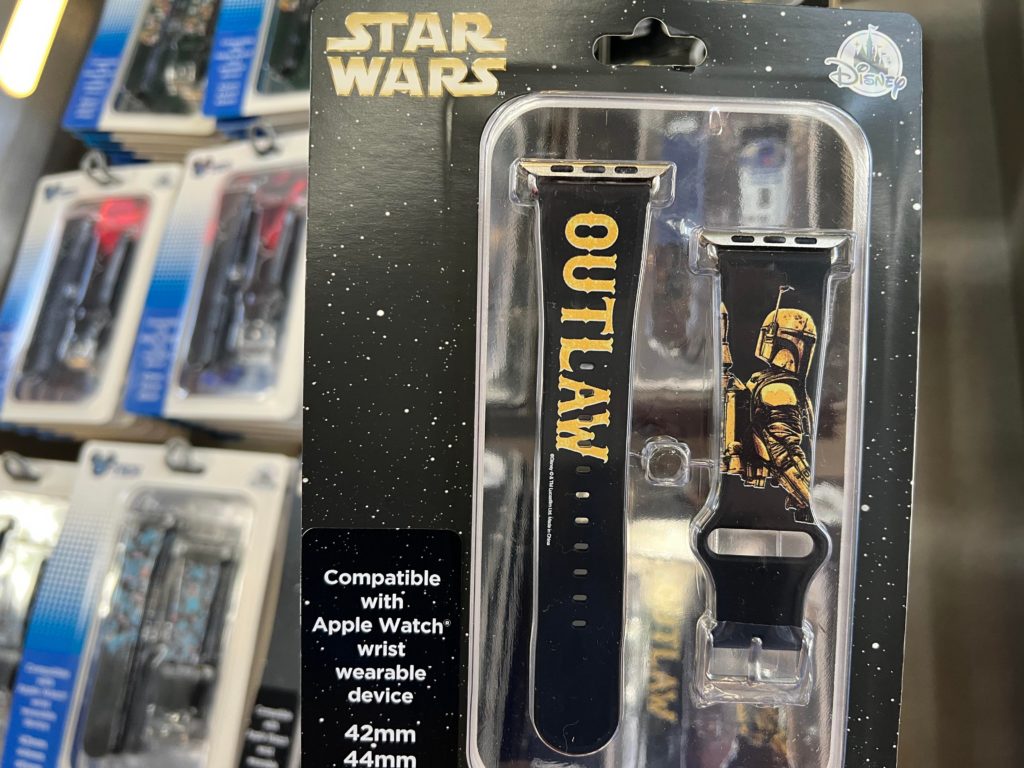 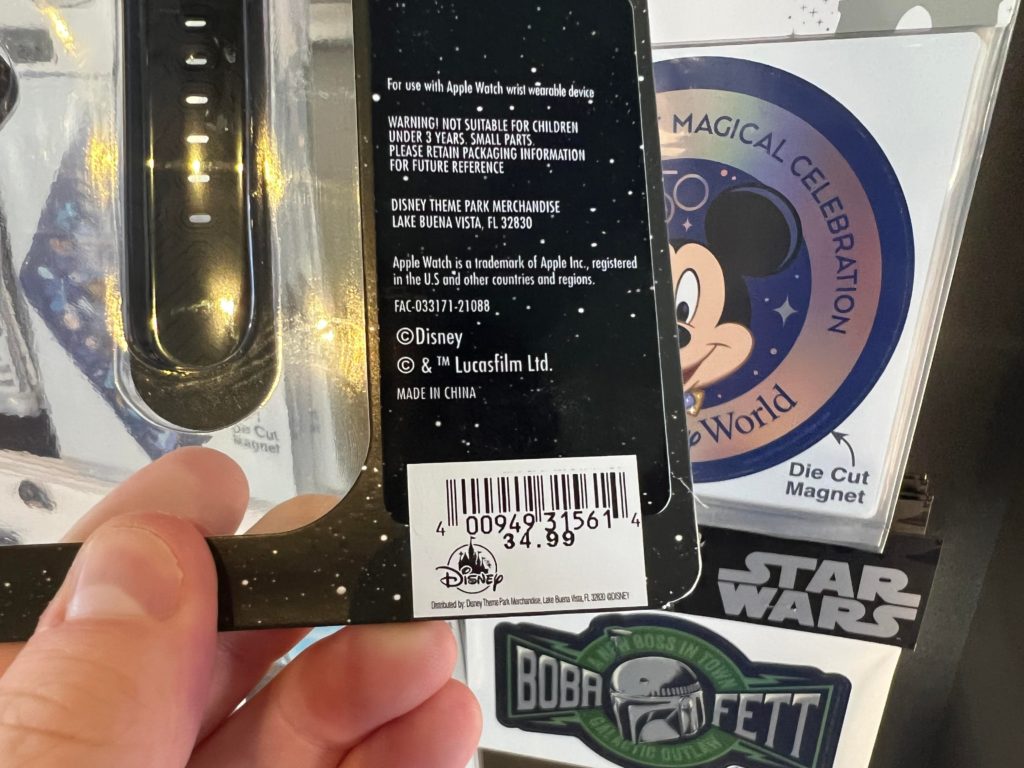 The band retails at $34.99. New wrist wearables continue to pop up across Walt Disney World Resort thanks to the new MyDisneyExperience app capabilities on the Apple Watch. 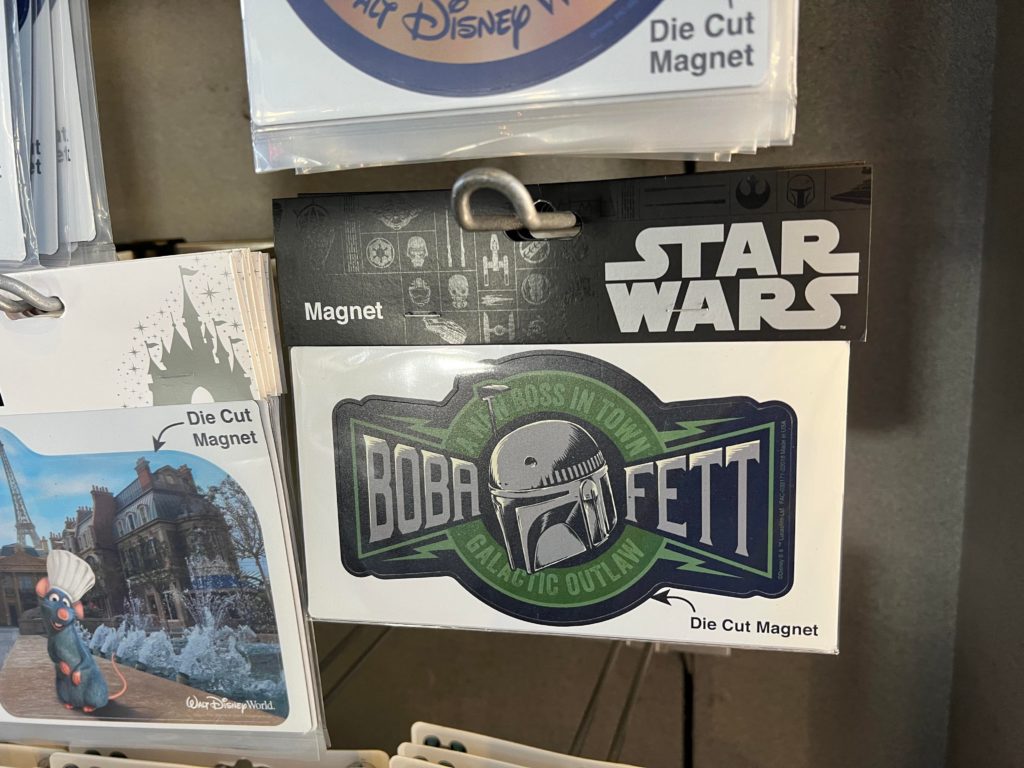 Those wanting to celebrate the “galactic outlaw” on their magentic surfaces may want to grab a new magnet, featuring Boba Fett’s steel gray Mandalorian helment and signature green color. The magnet makes a perfect addition to your fridge, metal door, or Beskar armor. The magnet also makes a super affordable collectible at $14.99. 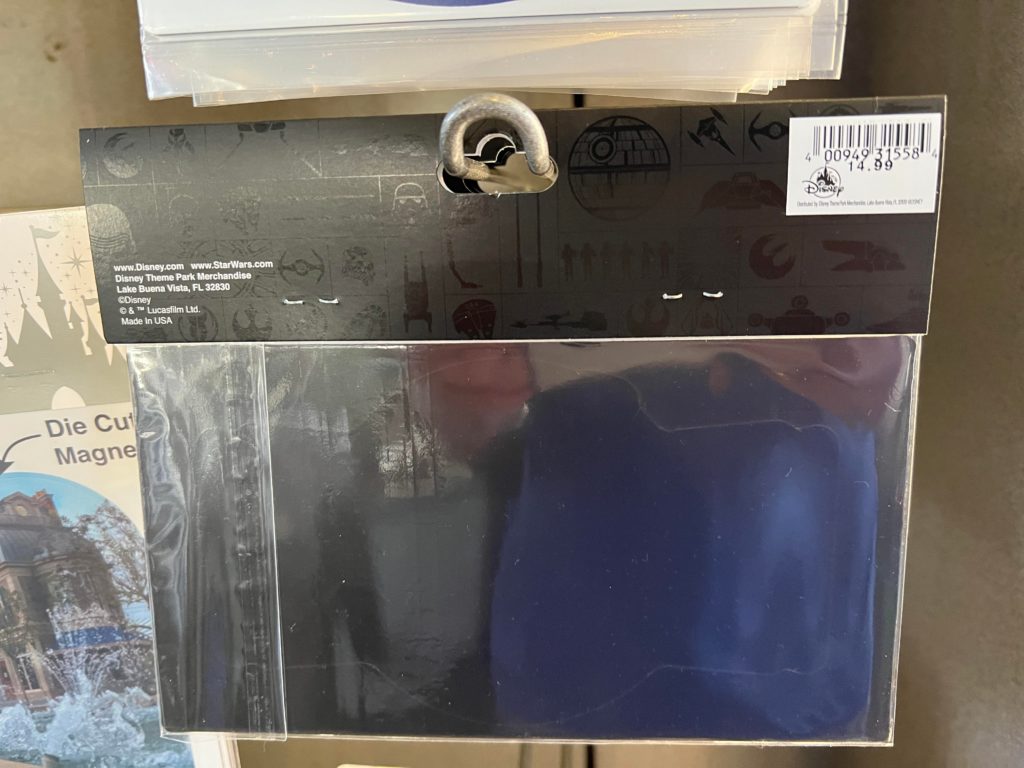 Two new Boba Fett phone cases also blasted into our galaxy this week at Tomorrowland Light and Power, Co. Both involved 3-D effects with Boba Fett’s ship taking the focal point of one and the renegade taking centerstage of the second. 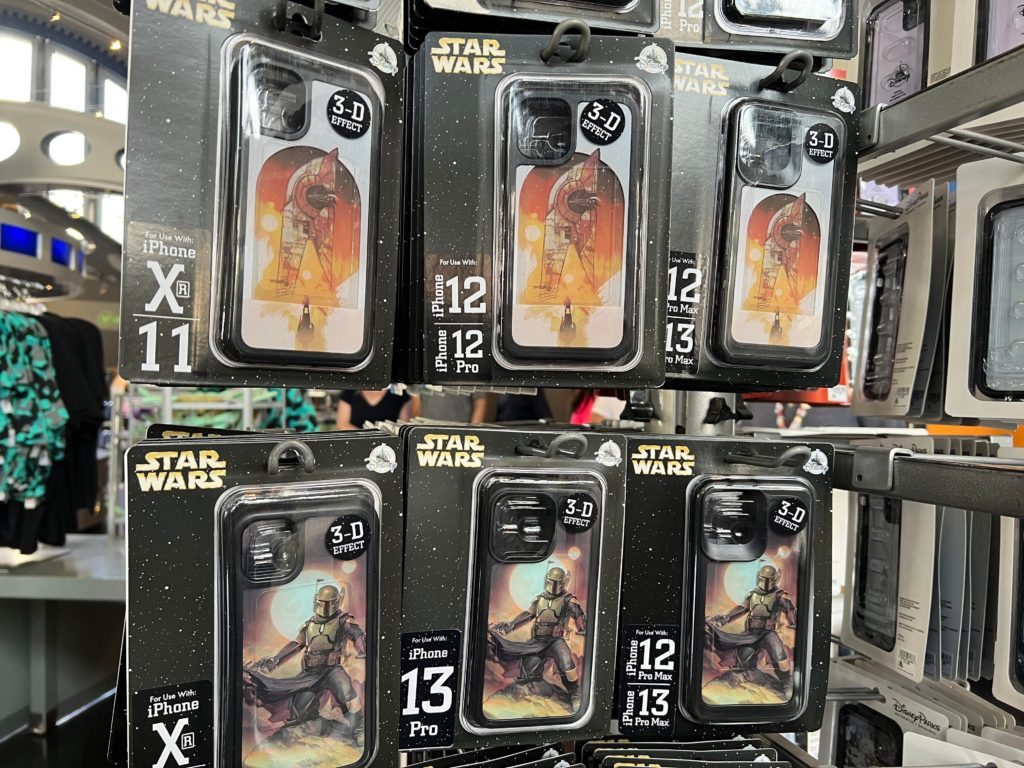 Now known as “The Firespray,” Boba Fett’s ship appears to sink into the sunset as his own shadow ominously stretches across the Dune Sea. 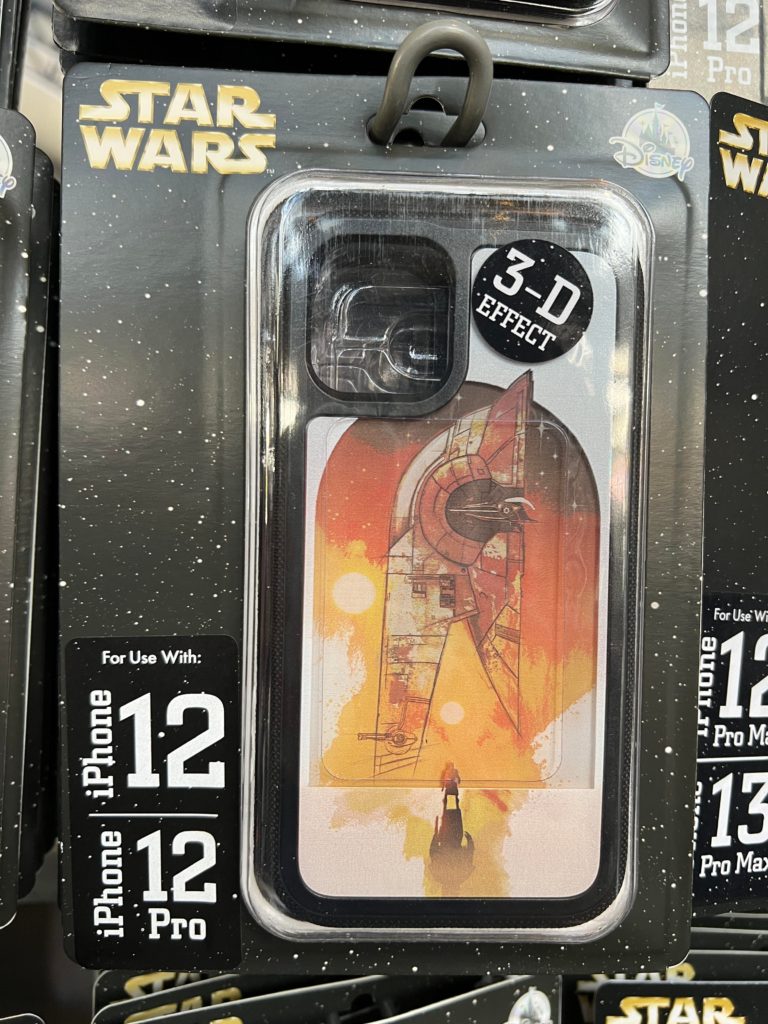 Donning his new Tusken Raider garb, the second phone case captures a more strong moment for the crimelord. The twin suns of Tatooine blaze strongly in the background. 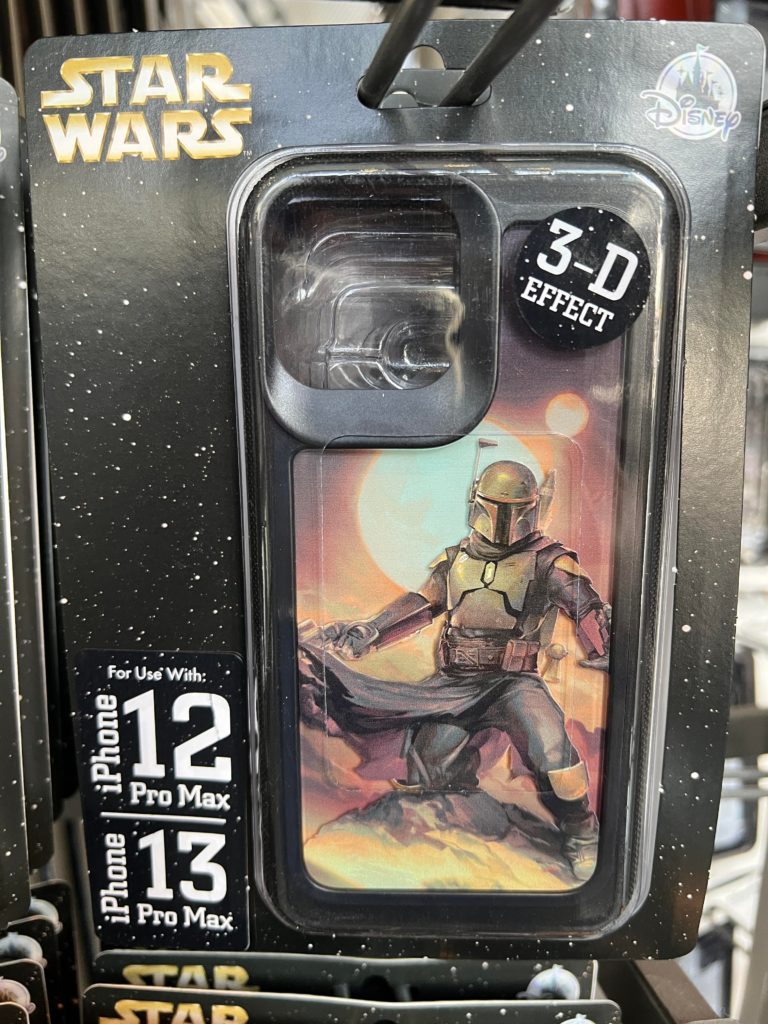 Both cases offer a bit of protection for a range of Apple devices and retail for $34.99. They are made exclusively for Disney Parks in conjunction with Lucasfilm. 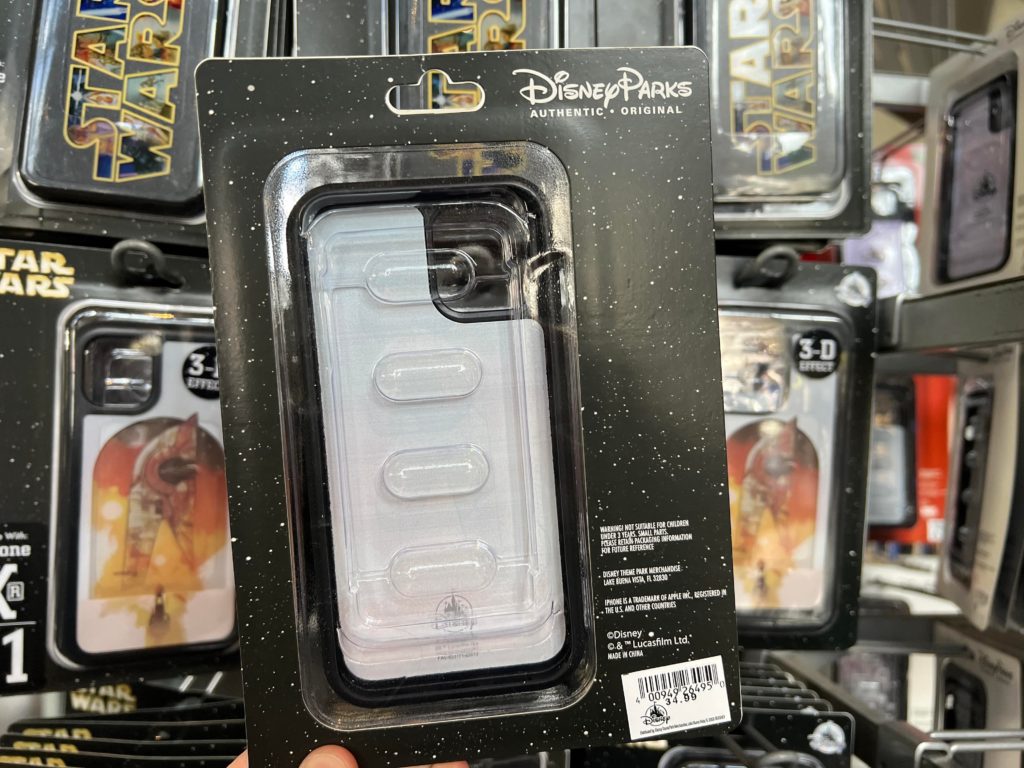 Stormtroopers at the Ready

A new line of Imperial Stormtrooper action figures also hit the shelves recently. These new toys are motion-activated and come armed with a variety of orders to direct at the push of a button. 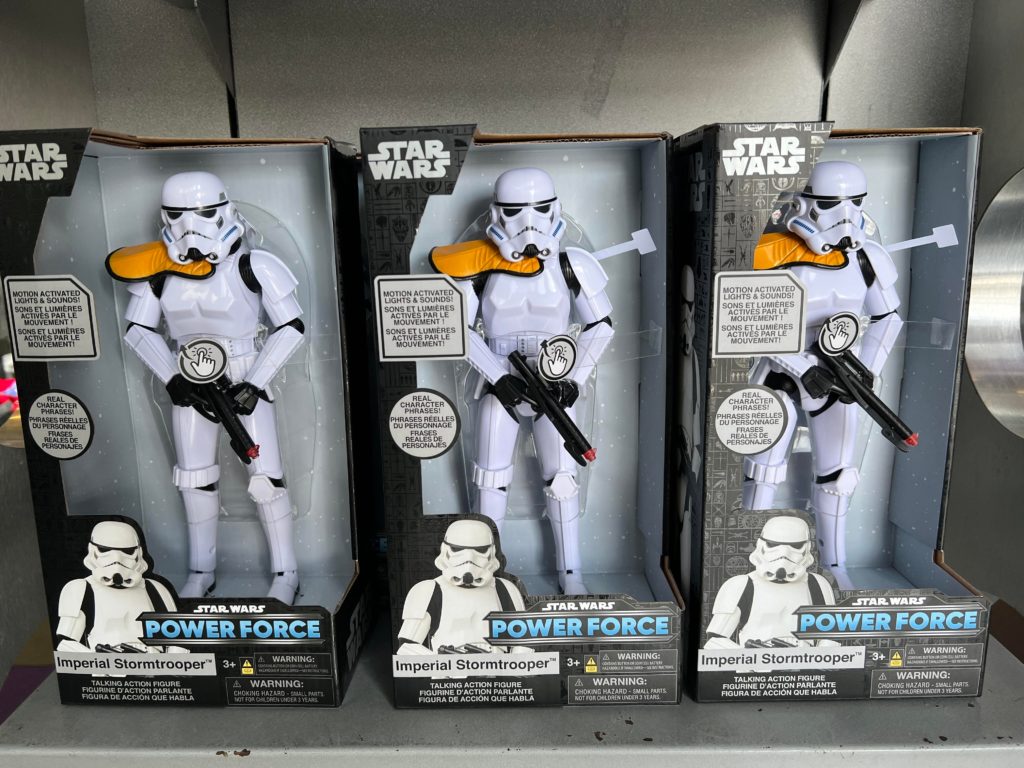 With a removable pauldron and LED, motion-activated E-11 Blaster, this action figure certainly adds of intensity to any collection of Star Wars toys. In fact, this $32.99 piece of merchandise might just be the toy that you’ve been looking for (Thanks, Obi-Wan!). 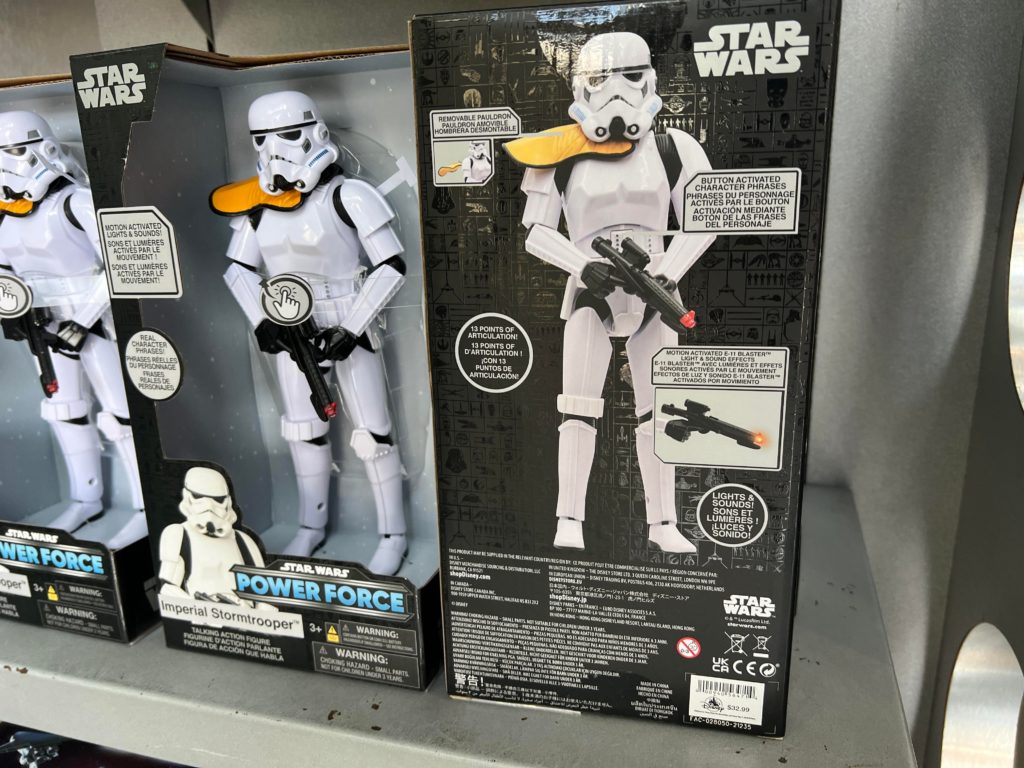 For any of this out-of-this-world merchandise, visit Tomorrowland Light and Power Co. on your next trip to the Magic Kingdom. The space is tucked away to the left of Space Mountain’s entrance and features gears on its arched facade.