Early last month, Splash Mountain at both Walt Disney World Resort and Disneyland closed down for a refurbishment. At Magic Kingdom in Walt Disney World, the plume ride found itself drained quickly after the closure for Imagineers and construction crews to repair the facade of the popular attraction and complete routine maintenance. 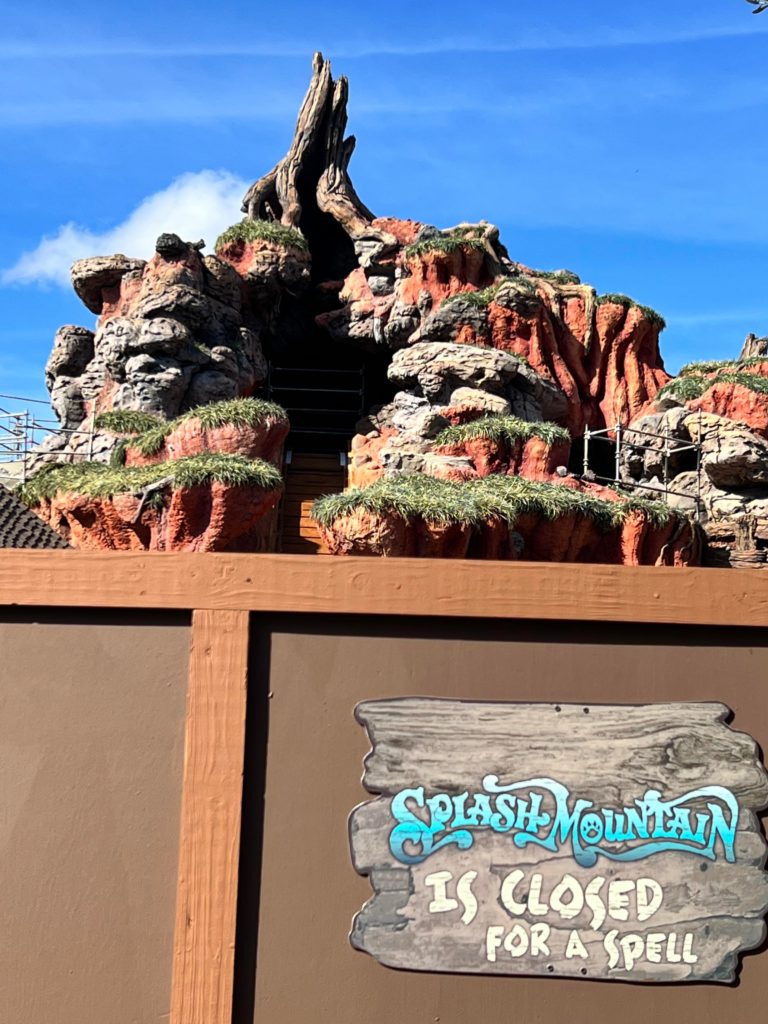 Today, MickeyBloggers popped by to check out the detailed work taking place. A number of crew members continued exterior work with an empahsis on roofing structures. 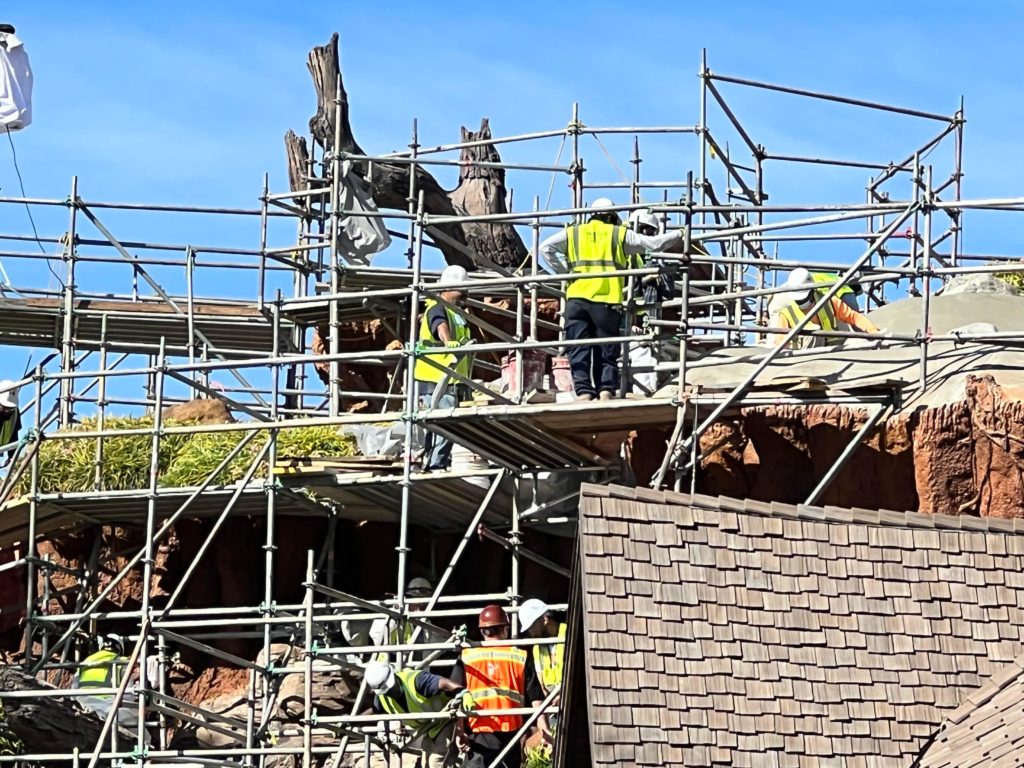 On the scaffolding, large buckets of what appears to be concrete for the roof appear to be the focus of the morning’s tasks. Based on work permits filed late last October, the crews from Lake Buena Vista Construction Company are working not only on the building’s detailed, themed surfaces but also on the electrical components required for the popular attraction.

It appears the darker side of the ride, which takes guests through Brer Fox’s lair, also received an update recently with scaffolding perched just outside the ride’s signature plummet. 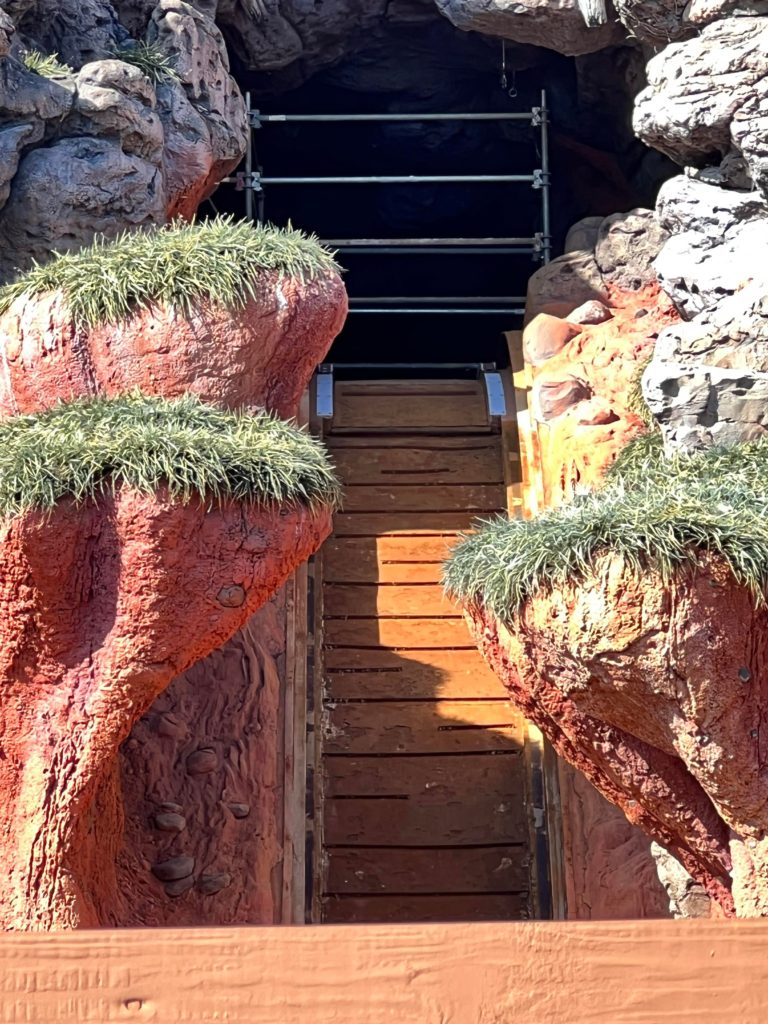 With the water-based attraction still drained, crews also paced through the pathway for the attractions log-themed boats today, examining detailed touches on set. 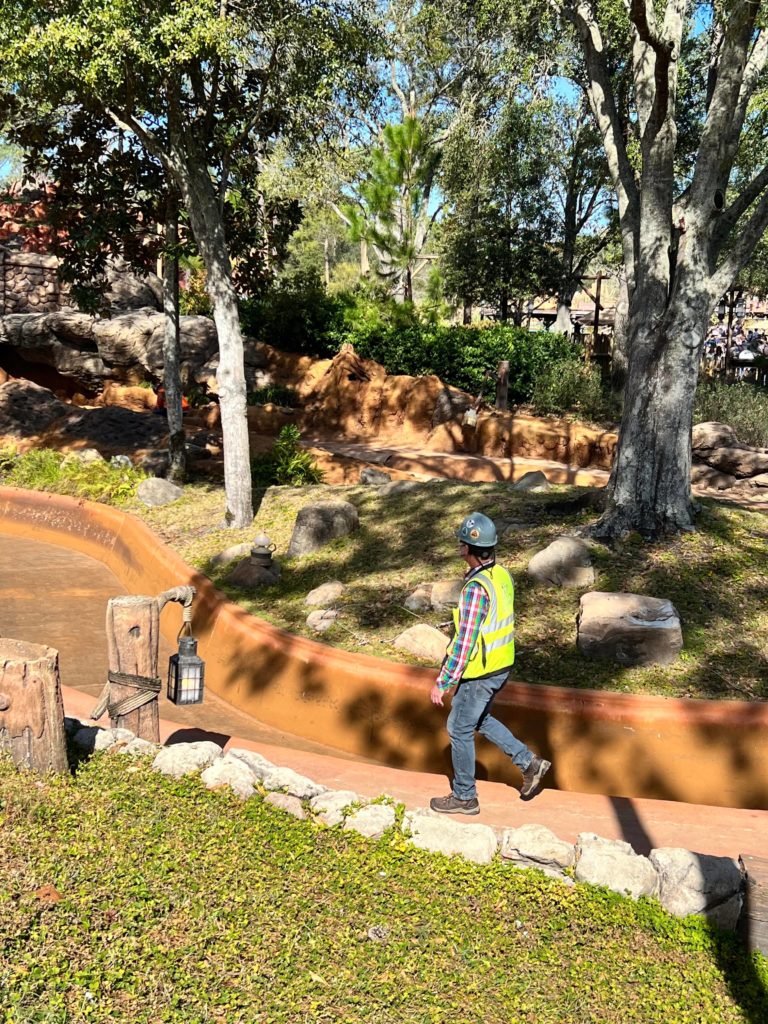 Splashing Down Just As Crowds Pick Up

Set to reopen on February 10th at Magic Kingdom, crews working on Splash Mountain certainly need to take advantage of the recent turn in the weather to hit their awaited deadline. 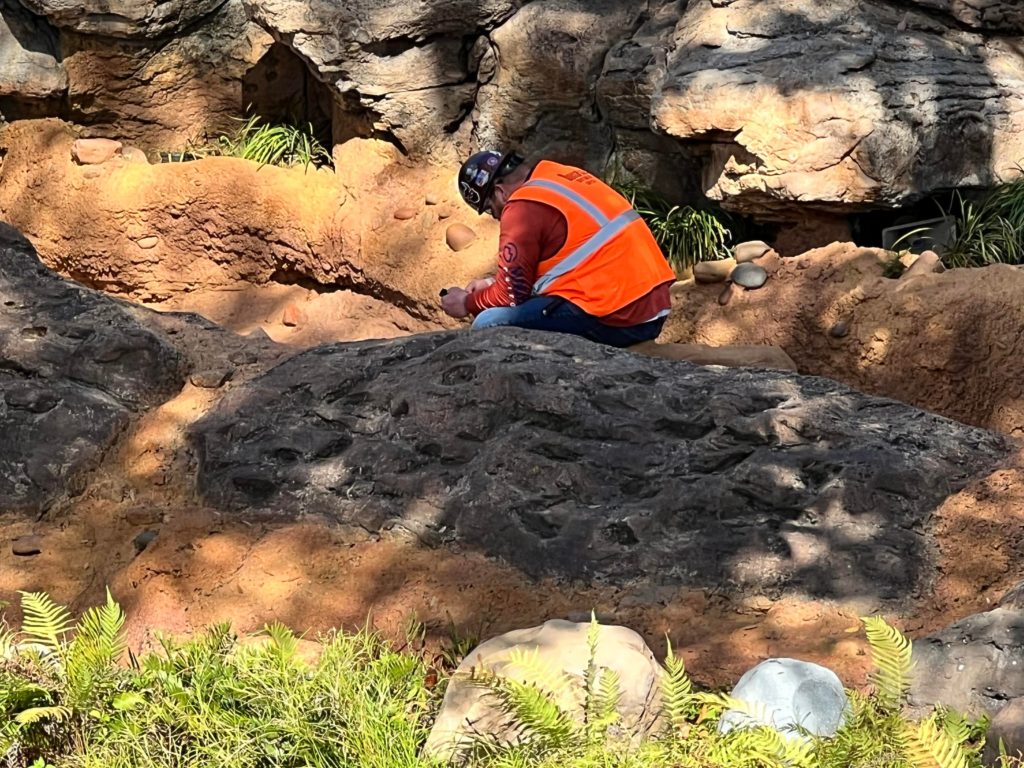 Especially as the resort prepares for Valentine’s Day, President’s Day week, and the Princess Half Marathon festivities, the attraction’s reopening sits at the top of many guests’ must-do list in the coming busy weeks. Still, a January/early February closure of Splash Mountain occurs routinely, largely due to the predictable cooler temperatures. 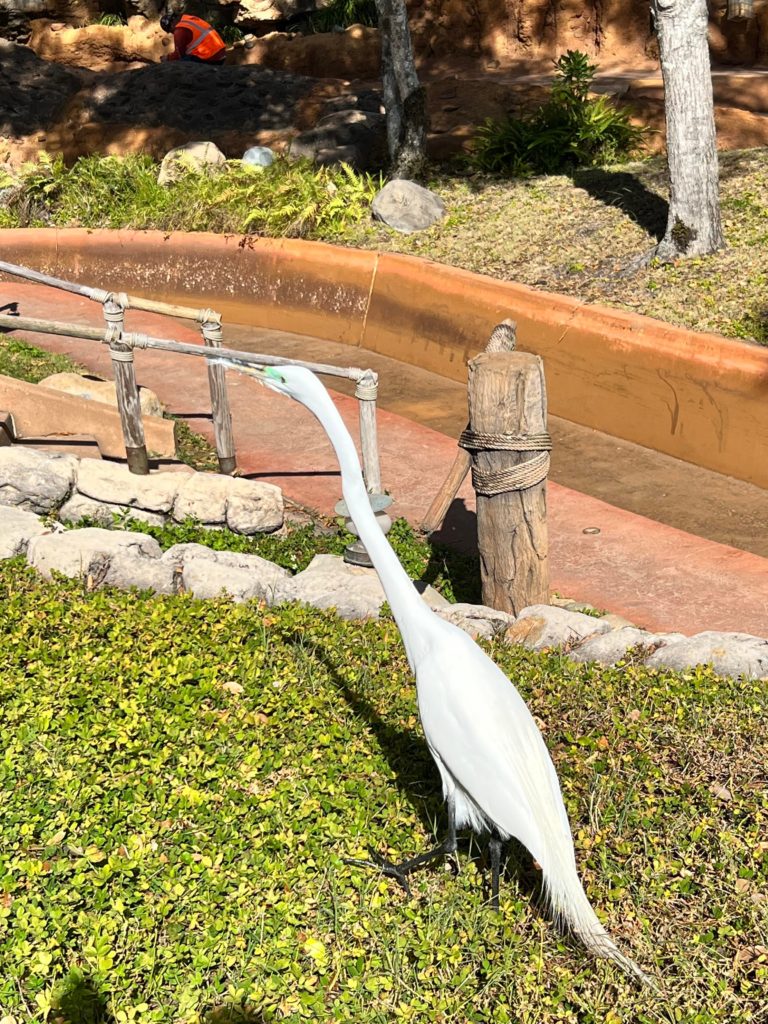 For now, the local wildlife continue to enjoy a bit of peace and quiet in the area, which usually bursts with the excited screams of those splashing into the briar patch. 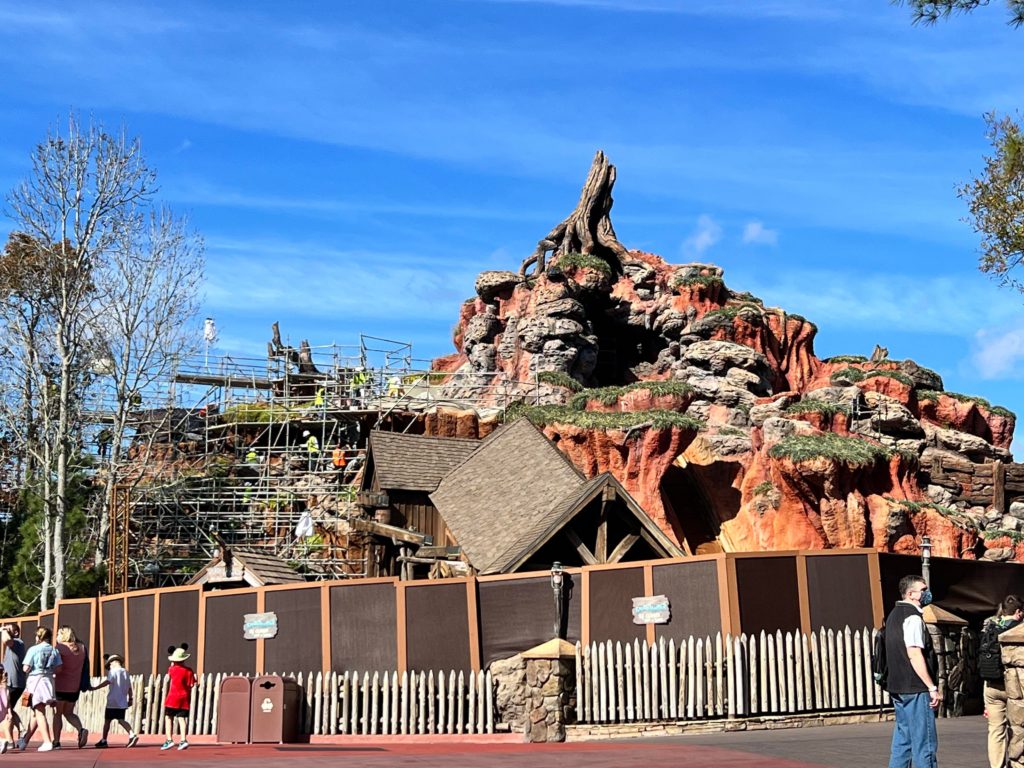 For those traveling to Disneyland in the coming weeks, Splash Mountain there remains closed until March 7th. Both the Walt Disney World and Disneyland closures are for routine maintenance, not the upcoming complete ride redesign. In the future, Splash Mountain will be closed for extended updates that include a “Princess and the Frog” re-theming.