Living with the Land: Scaffolding Erected for Farmhouse Refurb

Mr. Jones’ farmhouse is in need of a little sprucing up this winter! We rode Living with the Land last night to check out the fantastic Christmas overlay that magically transforms the greenhouses into a winter wonderland. We were expecting to see the greenhouses a’glow, and were even treated to a special Christmastime narration. 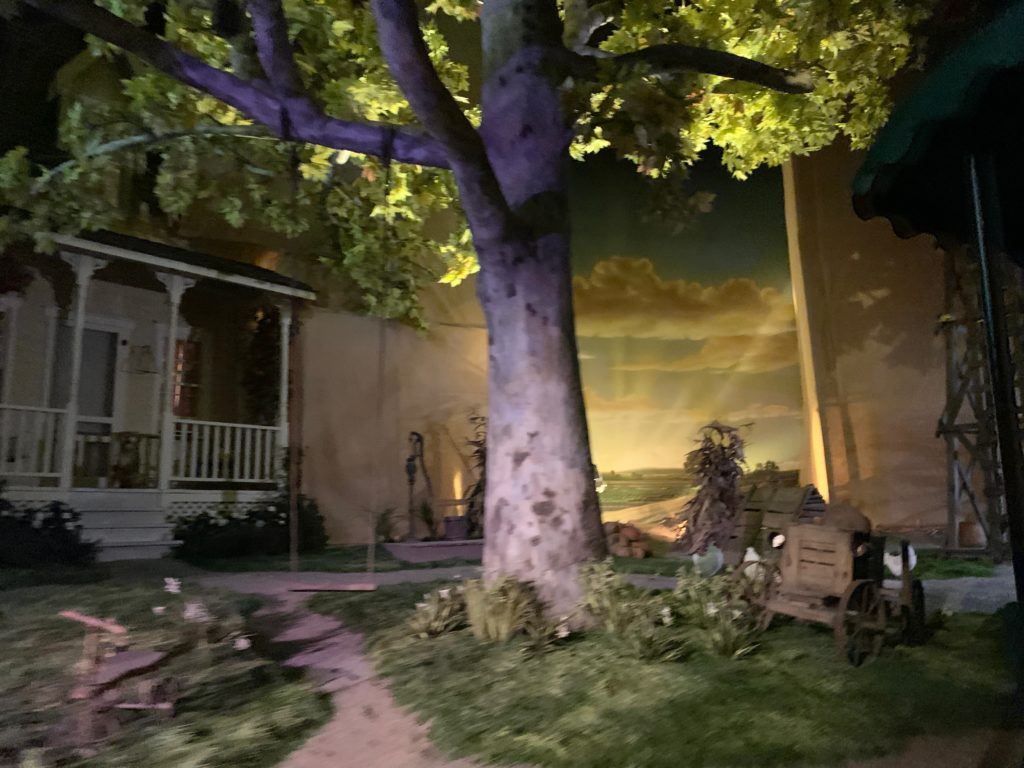 What we were NOT expecting to see was scaffolding during the dark ride portion! As our boat turned to reveal the little two-story farmhouse that’s become synonymous with both the attraction and a meal at Garden Grill, we spotted an active refurbishment underway. 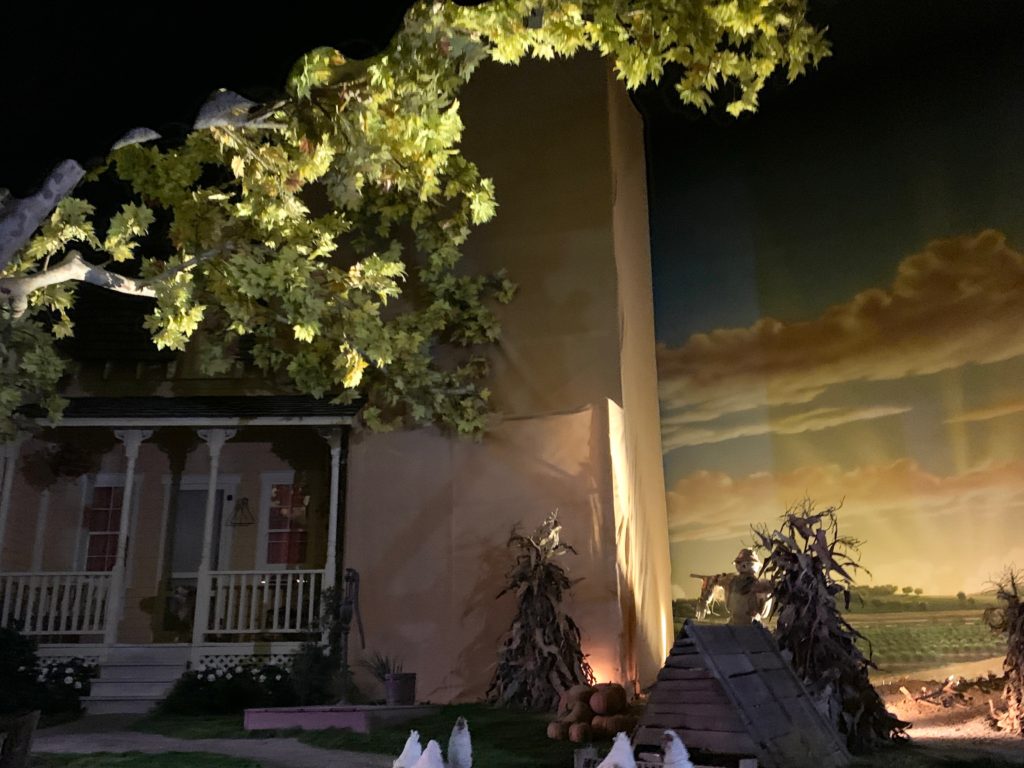 Scaffolding stretching from the floor to ceiling is situated to the immediate right of the farm house, and it’s pretty hard to miss. 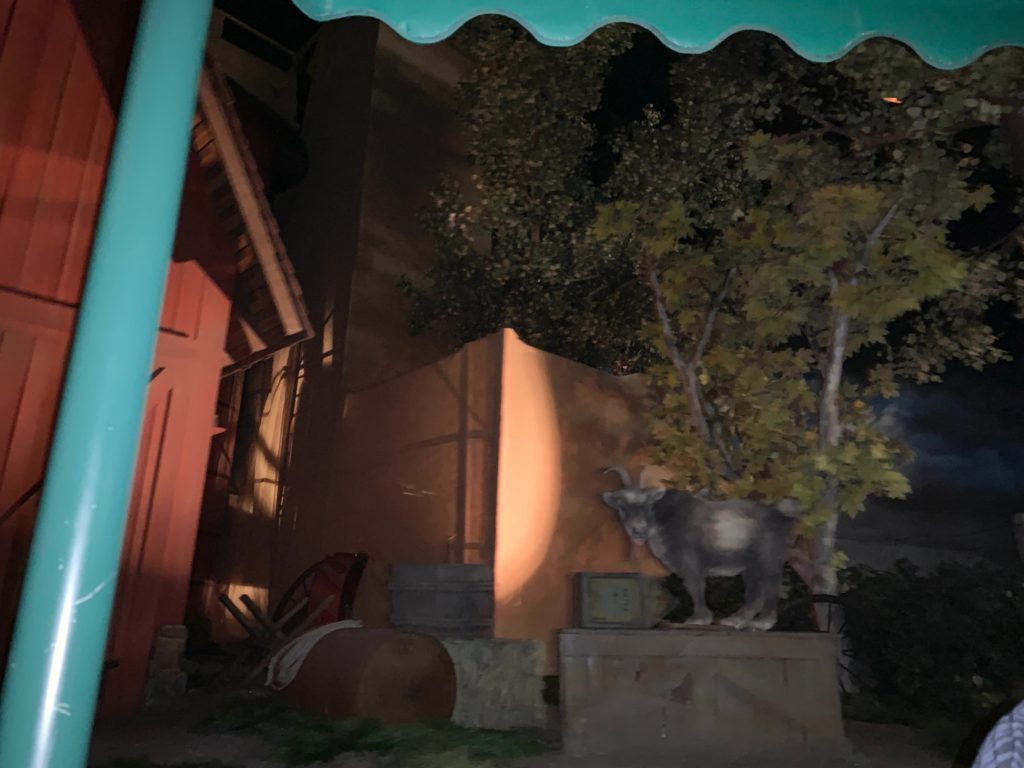 The scaffolding structures are covered in a beige scrim. To me, it looks as though the scaffolding has been covered to allow construction crews access while the ride is operating.

Although the scaffolding is very noticeable, Disney never allows visible construction work to happen while guests are experiencing an attraction- and they appear to be sticking to that philosophy here. Don’t worry if you’re riding soon though- even during the refurbishment, Mr. Jone’s house and many farm animals remain perfectly visible! 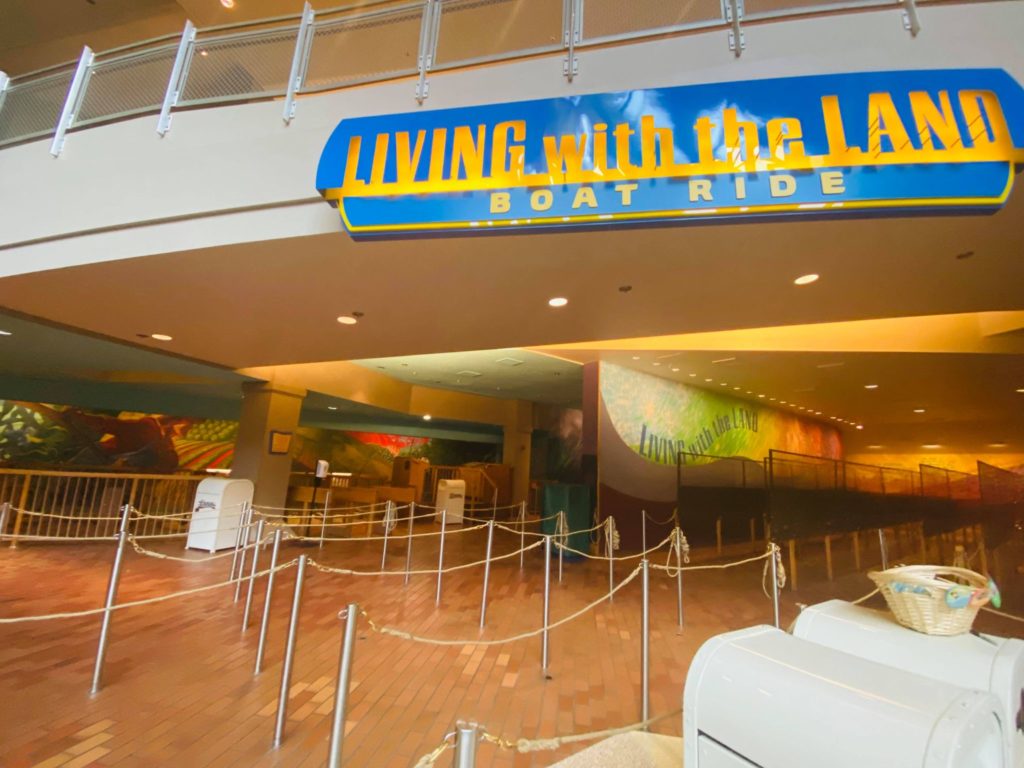