Yesterday was the day that Cirque du Soleil fans have been waiting for- the premiere of Cirque du Soleil’s latest show now in the Big Top at Disney Springs – Drawn to Life. 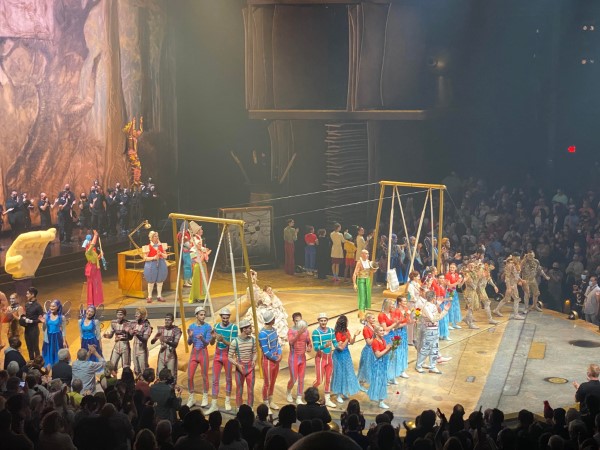 The show opened to a TON of fanfare.  The production has been in development for years and was delayed due to the pandemic. 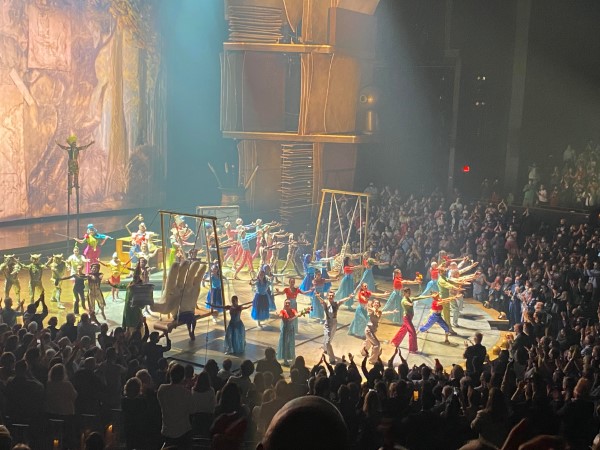 However, all of that is in the past and an enthusiastic crowd gathered at Disney Springs last night! 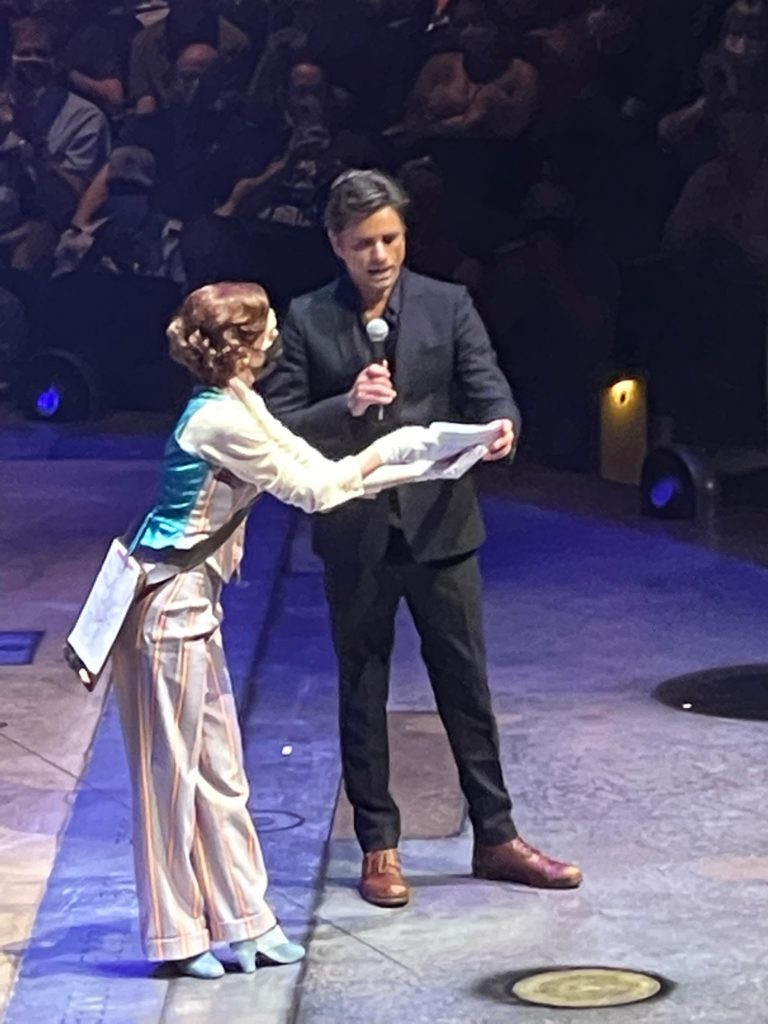 John Stamos, two-time Emmy Award-nominated actor and producer took to the stage to kick things off. 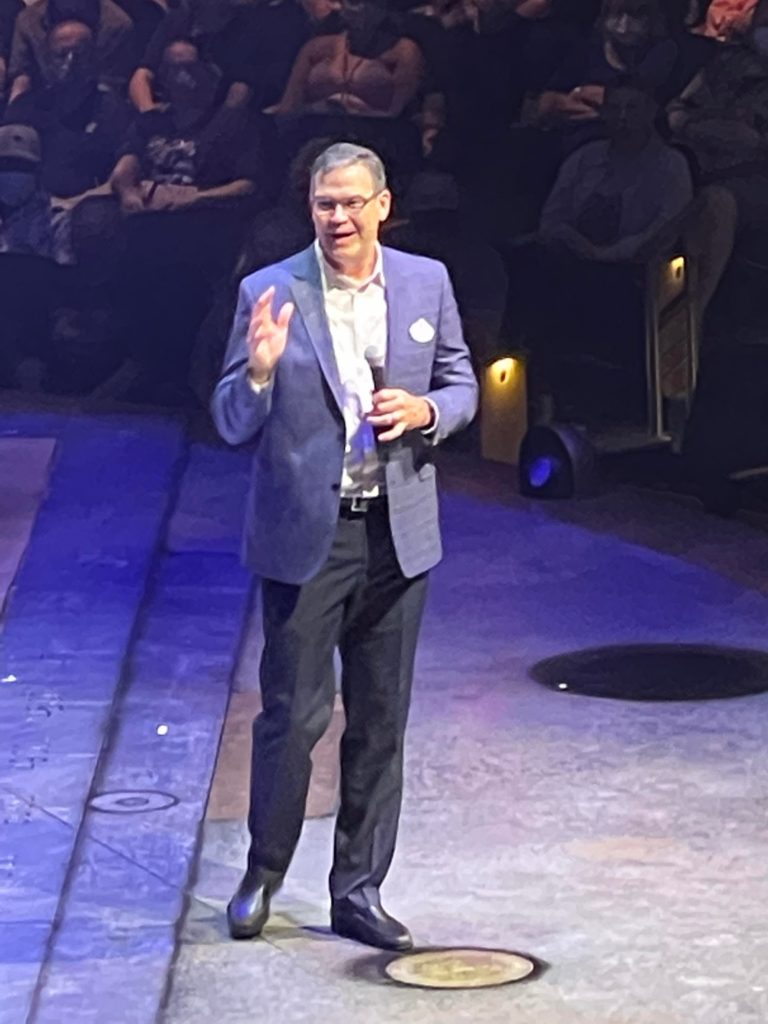 He was joined by Jeff Vahle, president of Walt Disney World Resort.

“Seeing a Cirque du Soleil show at Disney Springs has long been a cherished experience for our guests,” said Jeff Vahle, President of Walt Disney World Resort. “Combining the rich legacy of Disney Animation with the incredible artistry of Cirque du Soleil, Drawn to Life is pure magic.” 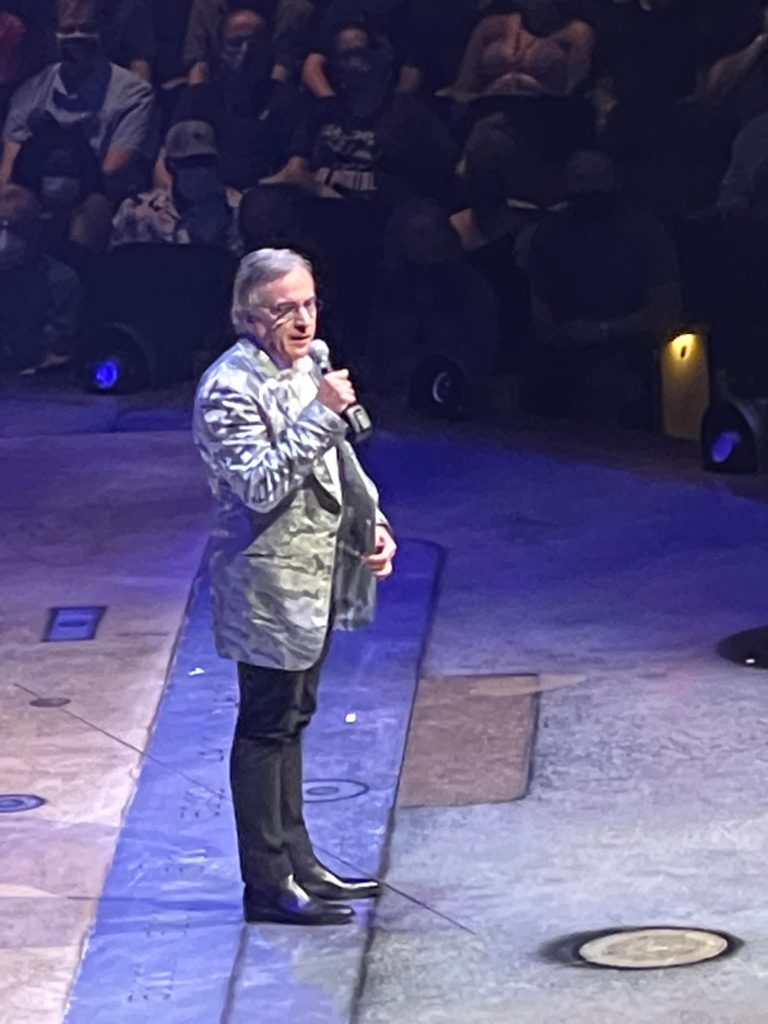 Daniel Lamarre, president and CEO of Cirque du Soleil Entertainment Group was also on hand to celebrate this momentous occasion and to welcome the audience to this spectacular new show!

“This show has been in the works for years and to finally share it with the world is a dream come true,” said Daniel Lamarre, President and CEO of Cirque du Soleil Entertainment Group. “This collaboration has been unlike anything we’ve done before. We hope it will mean as much to our fans as it has to us – it’s not just our show now, it’s theirs too.” 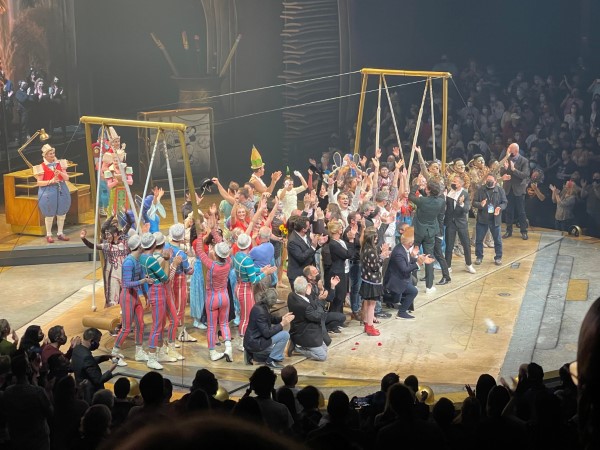 However, the true star of the evening was the show itself with innovative design, acrobatic performances, dazzling choreography and some of the best costumes you’ve ever seen.  And let’s not forget the original score which was inspired by classic Disney music.

You can check out some highlights from the grand opening in the clip below:

We are so pleased that the show got a standing ovation last night! The premiere was a full house of enthusiastic fans who really showed their appreciation for the show.  The lengthy standing ovation was such a moving moment! 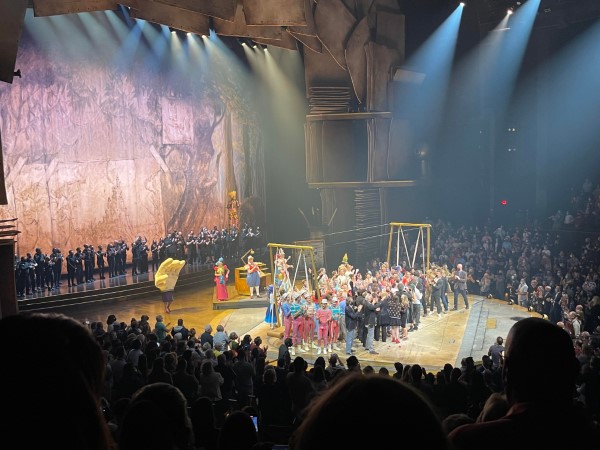 For those unfamiliar, Drawn to Life was written and directed by Michel Laprise with Fabrice Beck as Director of Creation. the show is a live acrobatic journey that tells the story of Julie, a determined girl who discovers an unexpected gift left by her Disney animator father – an unfinished animation. 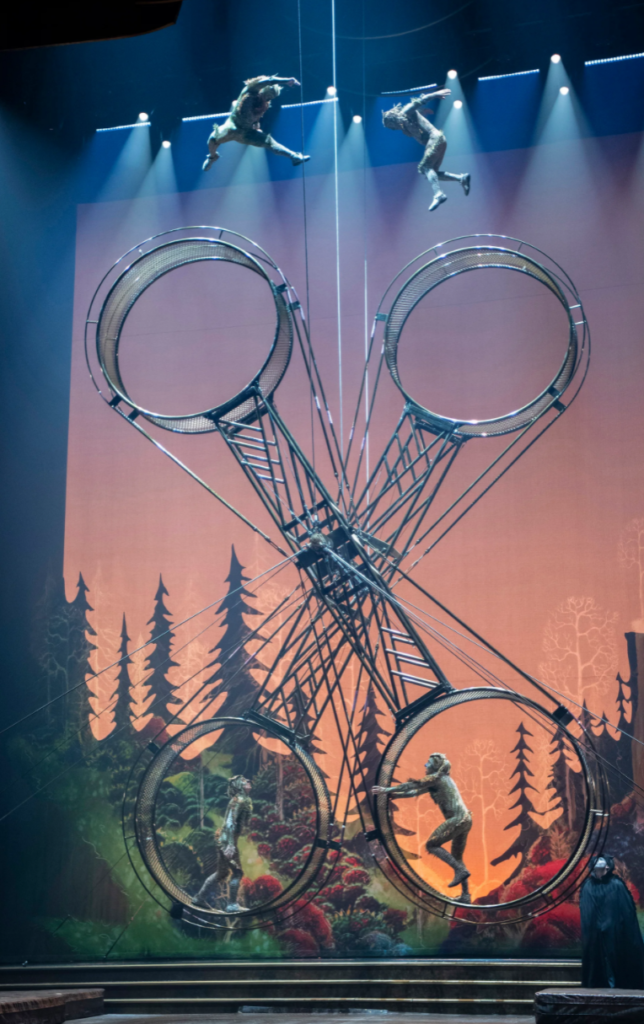 As Julie delves into the inner world of animation she finds herself on a quest filled with childhood Disney Memories. 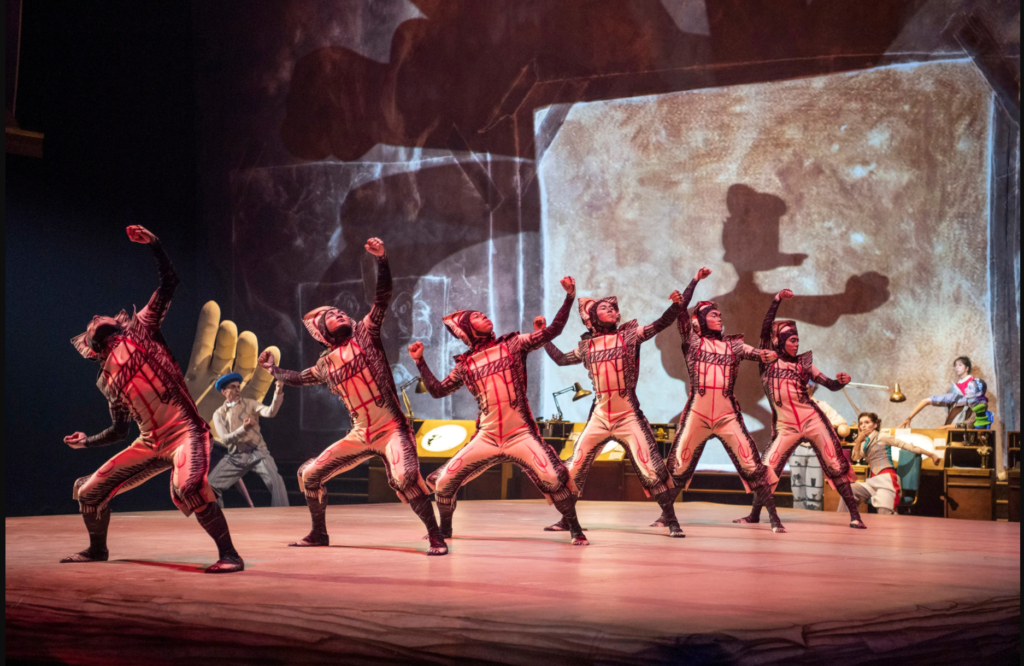 The story is driven by ten unique acrobatic performances alongside animation from beloved Disney films as well as new animation created specifically for the production by Animation Director Eric Goldberg. 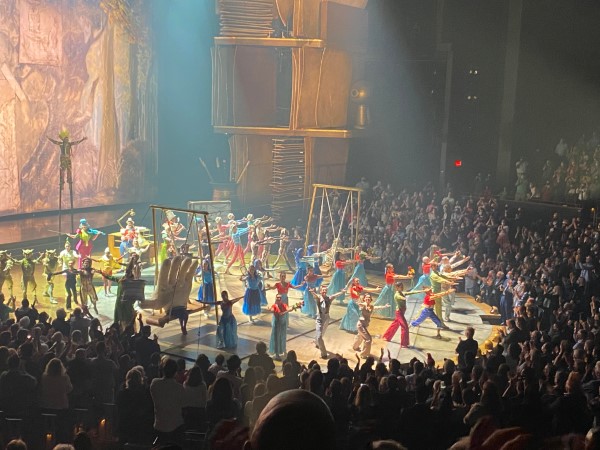 To give you a sense of the sheer size and awesome scale of a Cirque du Soleil performance, here are some fun facts we now know about the show! 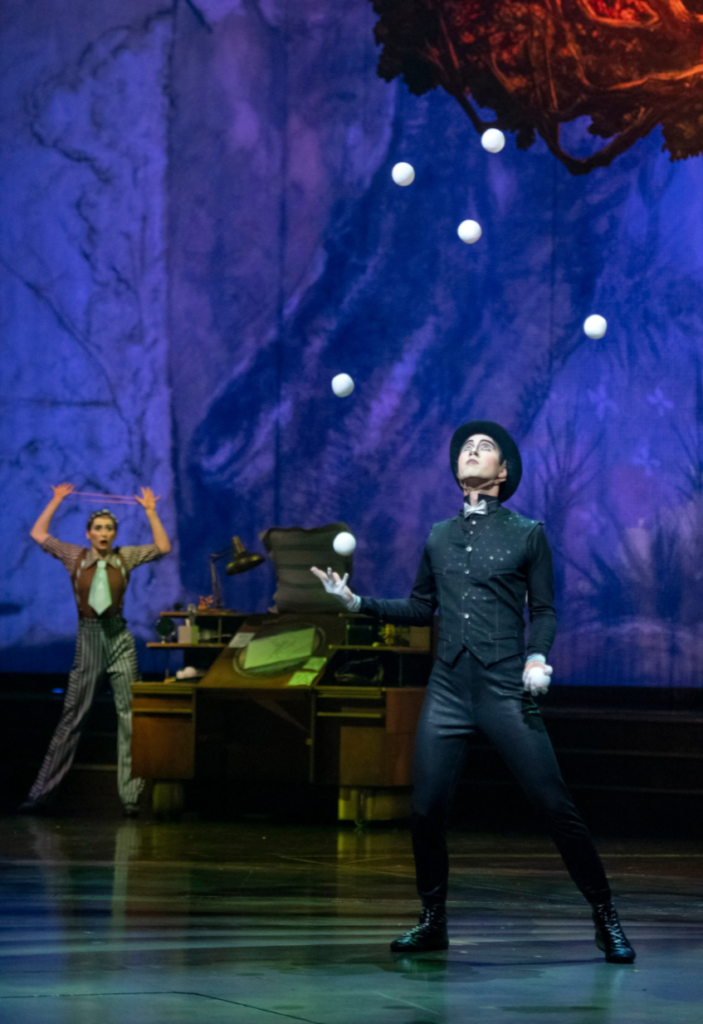 Drawn to Life is the 50th production created by Cirque du Soleil. It’s premiere also coincides with the 50th Anniversary at the Walt Disney World Resort. 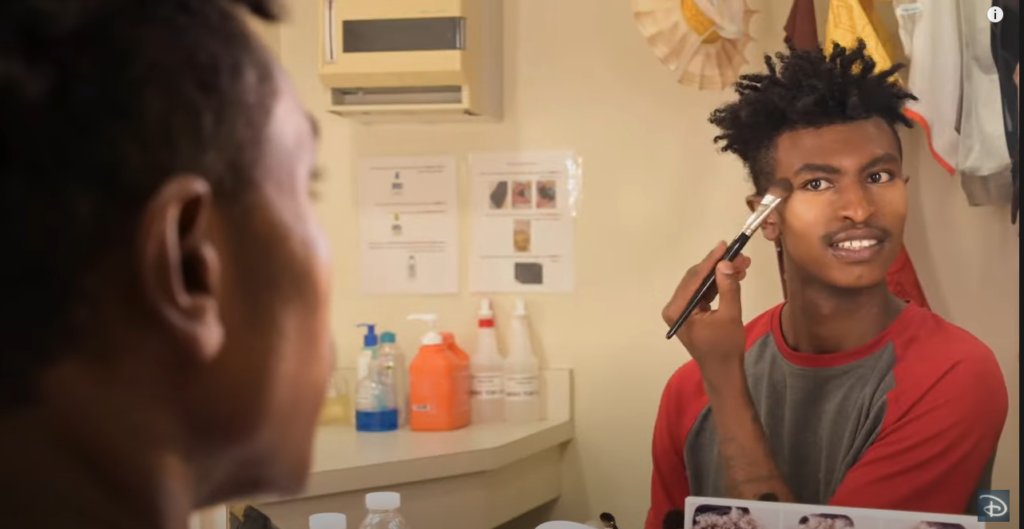 62 Artists – Make up the Drawn to Life Cast which will perform Tuesday through Saturday at Disney Springs in Walt Disney World Resort. 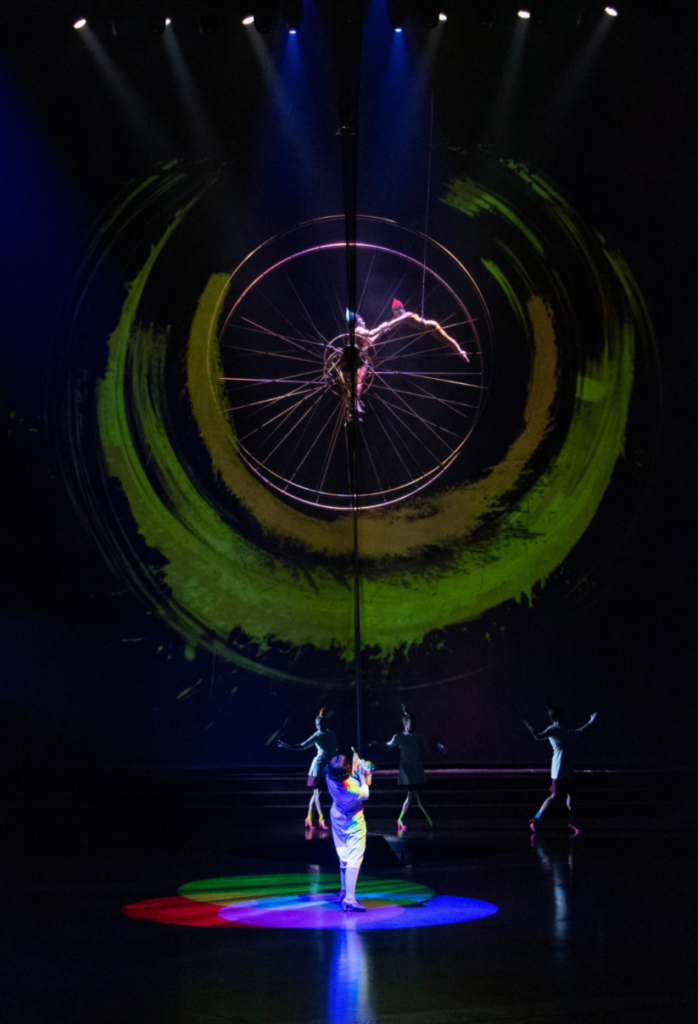 10 Acts – Drawn to Life is comprised of 10 unique acrobatic acts! 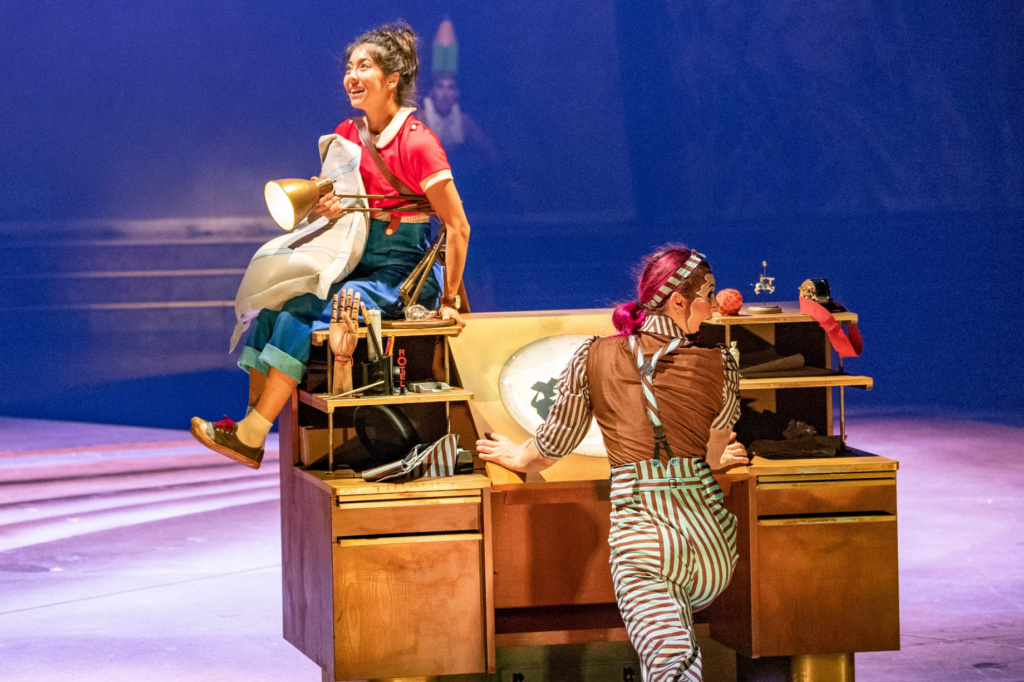 9 Old Men – The four animators who befriend Julie on her journey represent Walt Disney’s Nine Old Men who are icons of Disney animation.

12 Principles – Throughout the show, there are references to the 12 principles of animation outlined in the book Disney Animation: The Illusion of Life which was written by iconic Disney animators and Disney Legends Ollie Johnston and Frank Thomas! 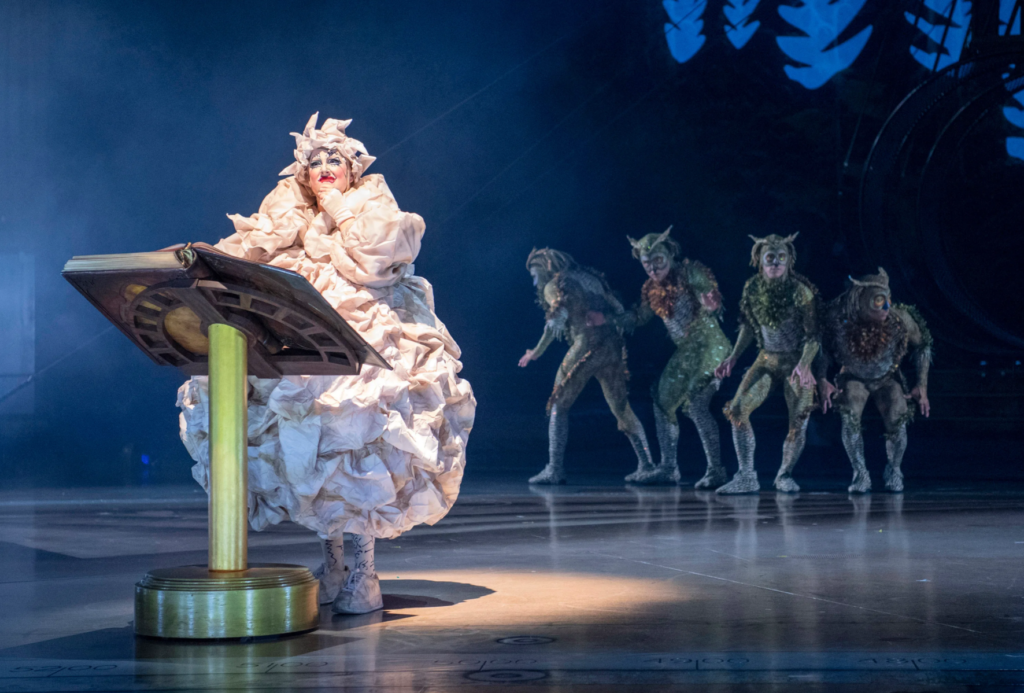 Women of Ink and Paint – In the Dreams of Colors act, the kaleidoscope of colors pays homage to the genius of Disney Animation artist Mary Blair.  During the show, tribute is also paid to the women of Ink and Pain, unsung Disney heroes whose brushstrokes gave life to early Disney projects.

The Old Mill Act – The Old Mill act is inspired by Walt Disney’s groundbreaking 1937 animated short of the same name.

The Squash & Stretch Act- This section of the show was inspired by the rubber bands fights Disney Animators were known to have during their breaks.

For more information or to purchase tickets for Drawn to Life, visit DisneySprings.com/Cirque. Readers are also encouraged to keep following along with MickeyBlog for further Walt Disney World news and updates!