Next month going to be big as the Disney+ November Lineup has just been announced! Viewers will enjoy both new releases and the return of favorite stories through out the month but especially on November 12th a.k.a Disney+ Day! Disney+ is the dedicated streaming home for movies and shows from Disney, Pixar, Marvel, Star Wars, National Geographic, and more, alongside exclusive Disney+ Originals.

Check out this quick video of just a few things we can expect:

Doogie Kamealoha, M.D. – Episode 109 “Scutwork”
Lahela learns that she and Walter will be long-distance for the summer when he’s invited to join an Australian surf tour. She orders an expensive cake to make his 17th birthday memorable but nearly misses the party when Dr. Lee insists she transcribe his voice memos. That task becomes a lifesaver when Lahela recognizes Uncle John’s rare symptom and rushes him to the hospital. With this sudden reminder that time is precious, Lahela considers a summer medic position with Walter’s surf tour.

Doogie Kamealoha, M.D. – Episode 110 “Aloha – The Goodbye One”
Lahela accepts a medic job on Walter’s pro surf tour in Australia but Benny and Clara refuse to let their 16-year-old live with her boyfriend and leave her medical residency for the summer. As the Chief of Staff announcement nears, Lahela circumvents Clara’s authority, requesting a sabbatical, and Benny insists Uncle John should be discharged early for the family’s King Kamehameha Day potluck. Walter offers to skip his tour and Lahela musters the strength to do what’s right, even if it’s hard.

Entrelazados – All Episodes Streaming – Disney+ Day Premiere (Season 1)
Allegra dreams of joining the Eleven O’ Clock music hall company, but her mother, Caterina, won’t accept that. Allegra’s life changes drastically when she finds a mysterious bracelet that takes her to 1994, the year Caterina was her age and was starting her career in Eleven O’ Clock while she lived in Coco’s shadow. Cocó is Allegra’s grandmother. Will Allegra be able to change the past? 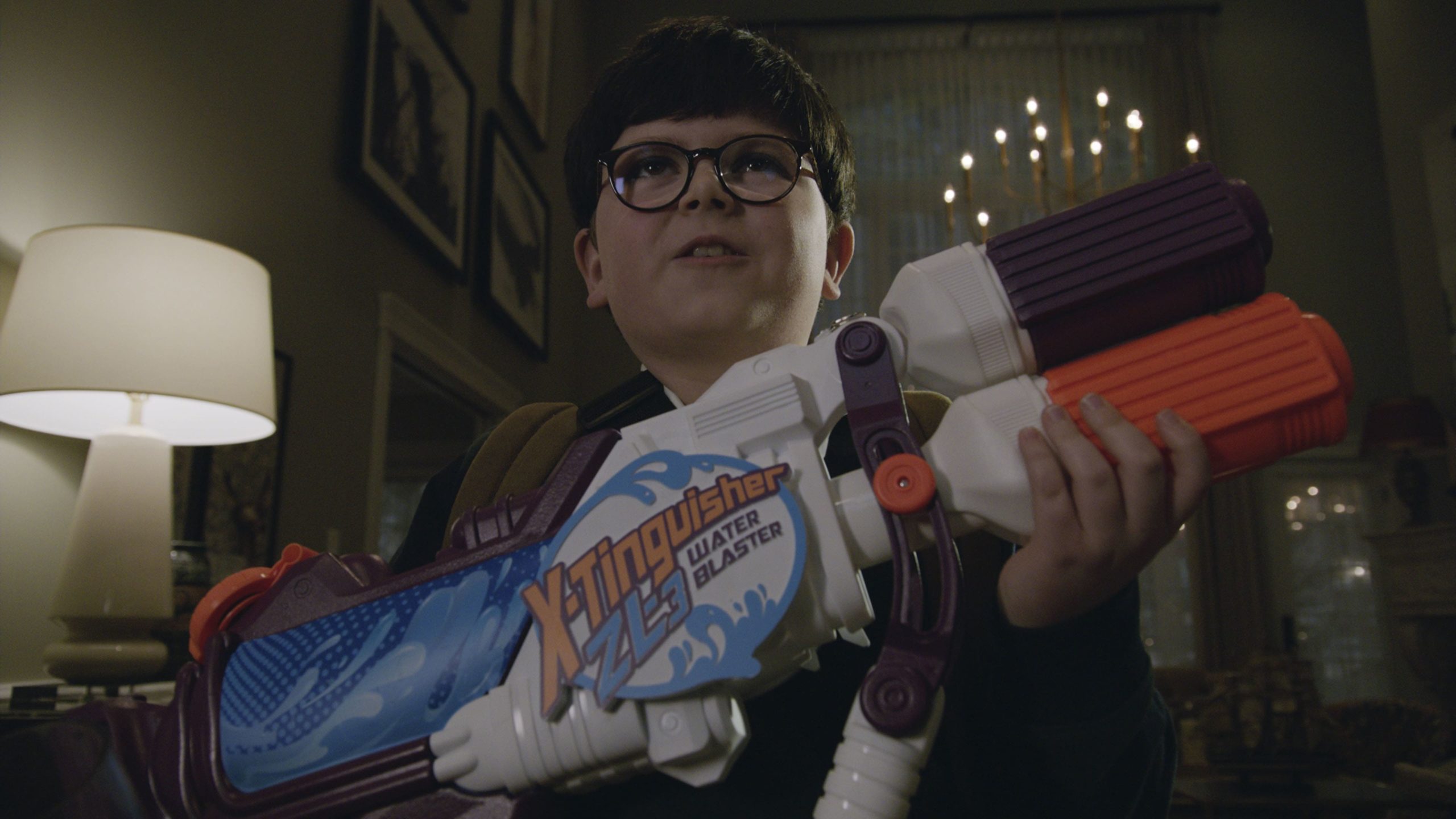 Home Sweet Home Alone – Disney+ Day Premiere
20th Century Studios’ “Home Sweet Home Alone” is an all-new adventure comedy from the beloved holiday film franchise. Max Mercer is a mischievous and resourceful young boy who has been left behind while his family is in Japan for the holidays. So when a married couple attempting to retrieve a priceless heirloom set their sights on the Mercer family’s home, it is up to Max to protect it from the trespassers…and he will do whatever it takes to keep them out. Hilarious hijinks of epic proportions ensue, but despite the absolute chaos, Max comes to realize that there really is no place like home sweet home.

Olaf Presents – All Episodes Streaming – Disney+ Day Premiere (Season 1)
Olaf steps into the spotlight and goes from snowman to showman as he takes on the roles of producer, actor, costumer and set builder for his unique “retelling” of five favorite Disney animated tales in “Olaf Presents,” a series of new animated shorts from Walt Disney Animation Studios. The charismatic and versatile Olaf demonstrates his theatrical flair, taking on such iconic roles as a mermaid, a genie, a lion king (and most of the parts in between), as he entertains Arendelle with his delightful abbreviated versions of these beloved tales. Josh Gad returns to voice Olaf with veteran Disney animator Hyrum Osmond directing and Jennifer Newfield producing. Walt Disney Animation Studios’ “Olaf Presents” launches exclusively on Disney+ on Nov. 12, 2021.

The World According to Jeff Goldblum – Episodes 1-5 – Disney+ Day Premiere (Season 2)
Jeff Goldblum is back — and he’s as curious as ever. In this season of “The World According to Jeff Goldblum,” Jeff uncovers surprising secrets behind a whole new host of topics. While meeting a new cast of fantastic characters, from passionate fans to experts unveiling life-changing new technology, Jeff discovers just how these topics have shaped the world we live in.

The Beatles: Get Back – “Part 1” – Premiere
Directed by three-time Oscar®-winning filmmaker Peter Jackson (“The Lord of the Rings” trilogy, “They Shall Not Grow Old”), “The Beatles: Get Back” is a three-part documentary series that takes audiences back in time to the band’s intimate recording sessions during a pivotal moment in music history.

The Beatles: Get Back – “Part 2”
Directed by three-time Oscar®-winning filmmaker Peter Jackson (“The Lord of the Rings” trilogy, “They Shall Not Grow Old”), “The Beatles: Get Back” is a three-part documentary series that takes audiences back in time to the band’s intimate recording sessions during a pivotal moment in music history.

The Beatles: Get Back – “Part 3”
Directed by three-time Oscar®-winning filmmaker Peter Jackson (“The Lord of the Rings” trilogy, “They Shall Not Grow Old”), “The Beatles: Get Back” is a three-part documentary series that takes audiences back in time to the band’s intimate recording sessions during a pivotal moment in music history.

What are you looking forward to seeing most in the November Lineup for Disney+? Let me know in the comments below!