MickeyBlog was at Magic Kingdom this afternoon. We popped by Main Street Confectionary to check out a new 50th Anniversary treat that’s no available at the shop. 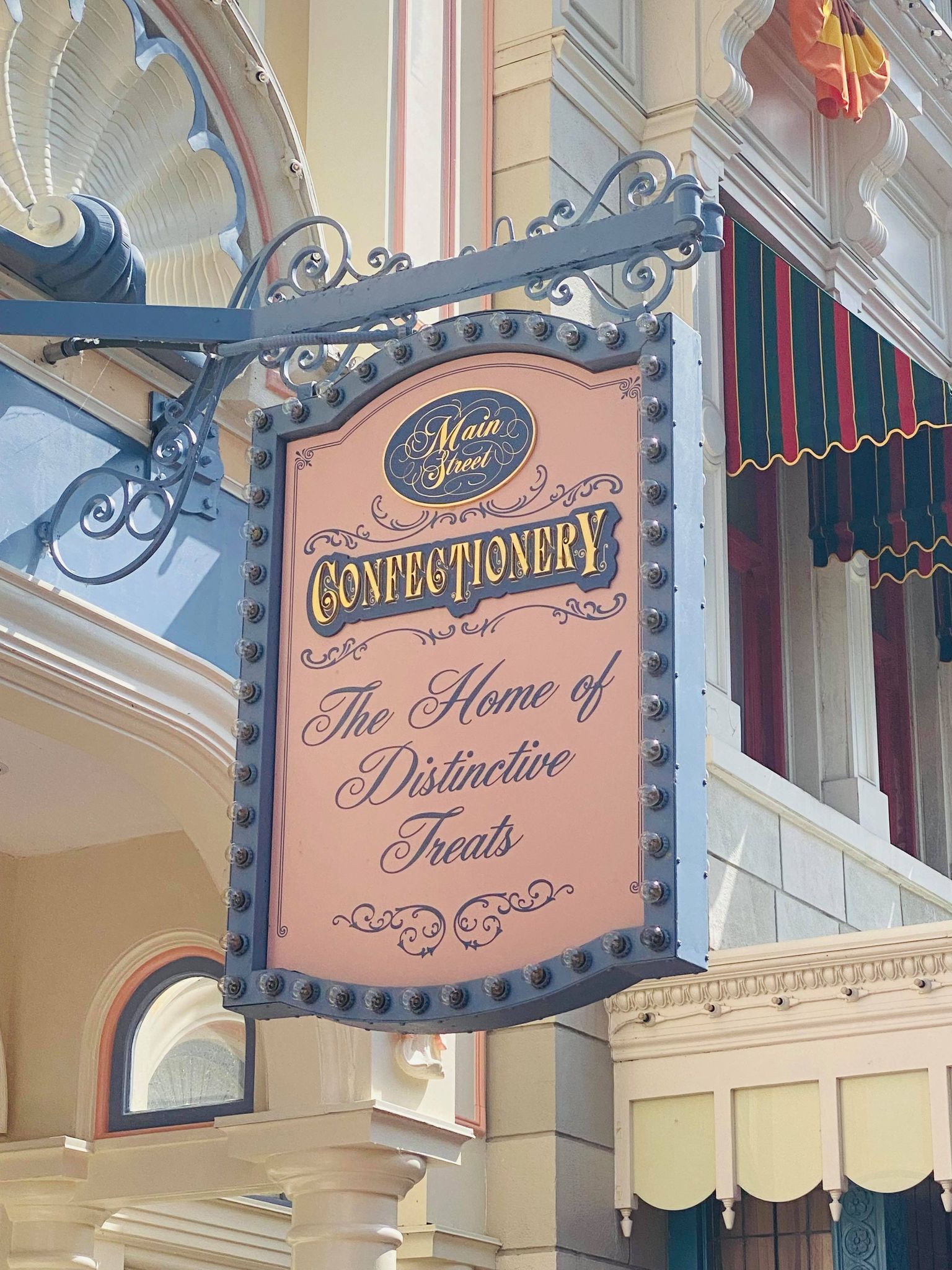 When the Main Street Confectionary reopened at the end of September, there was a big change. 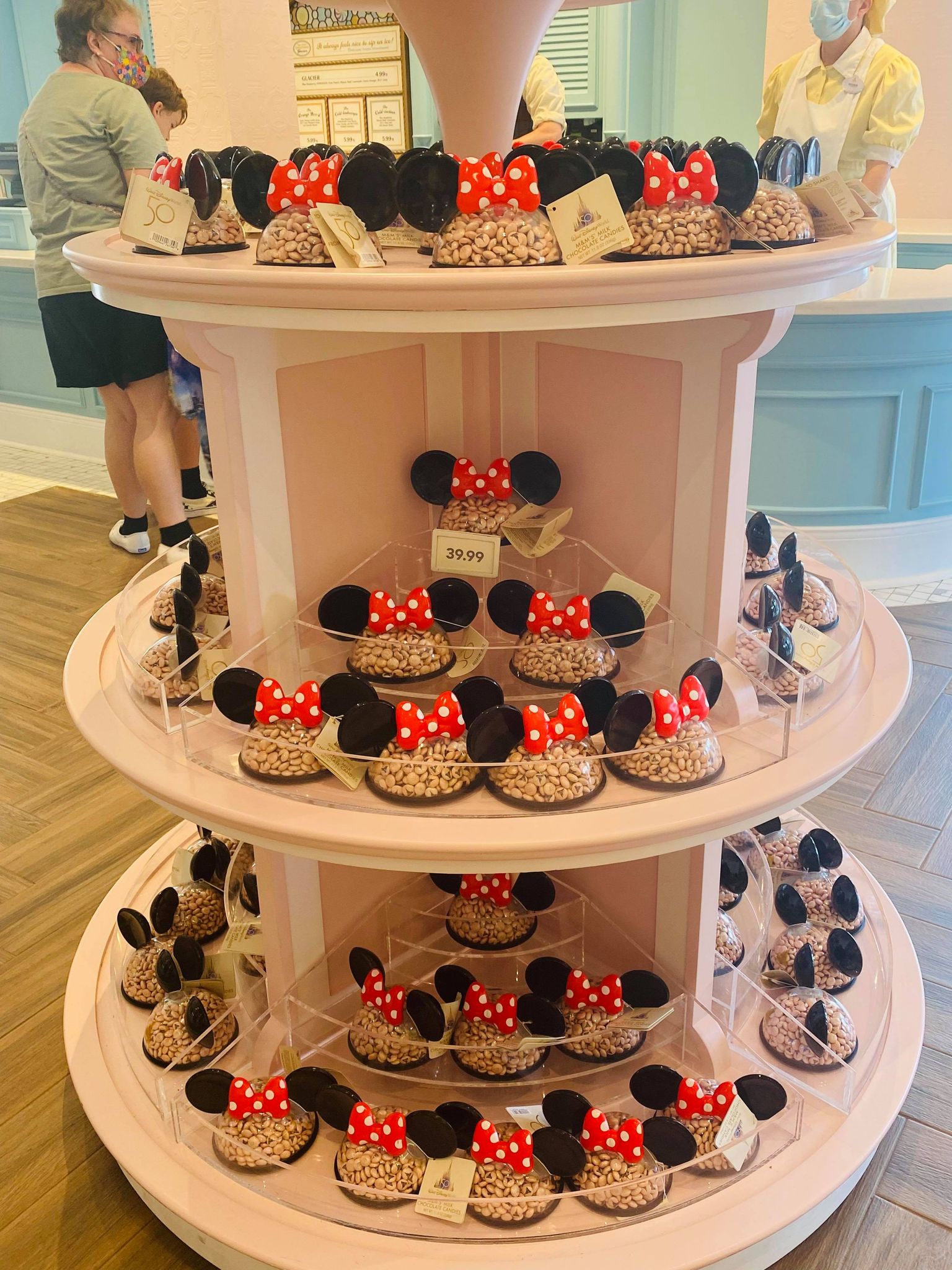 The shop is now sponsored by Mars and features the brands candies in many of the items for sale at the Confectionary from popcorn to cupcakes. 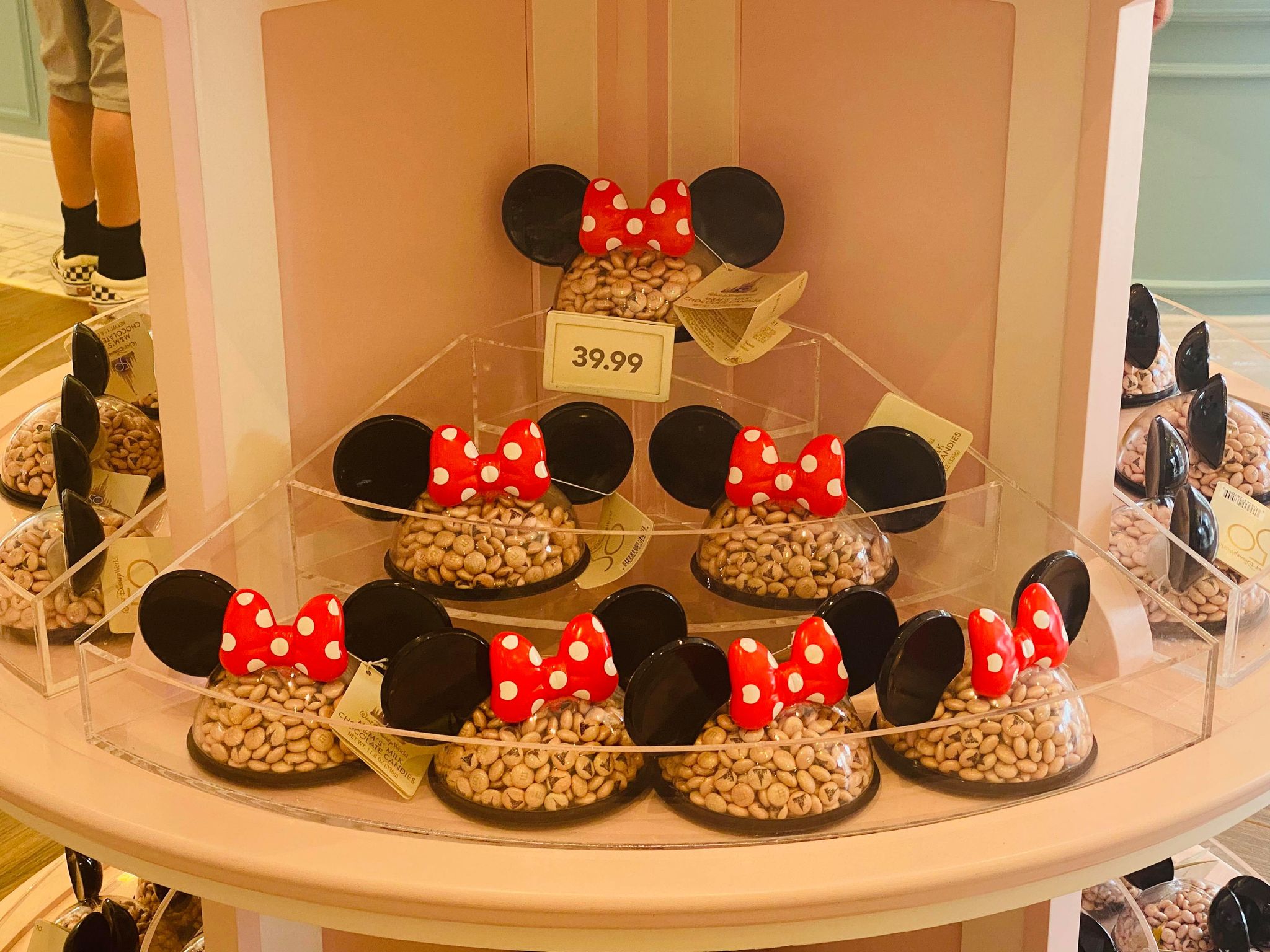 The new item at the shop just now are these souvenir Mickey Mouse and Minnie Mouse 50th Anniversary M&Ms. 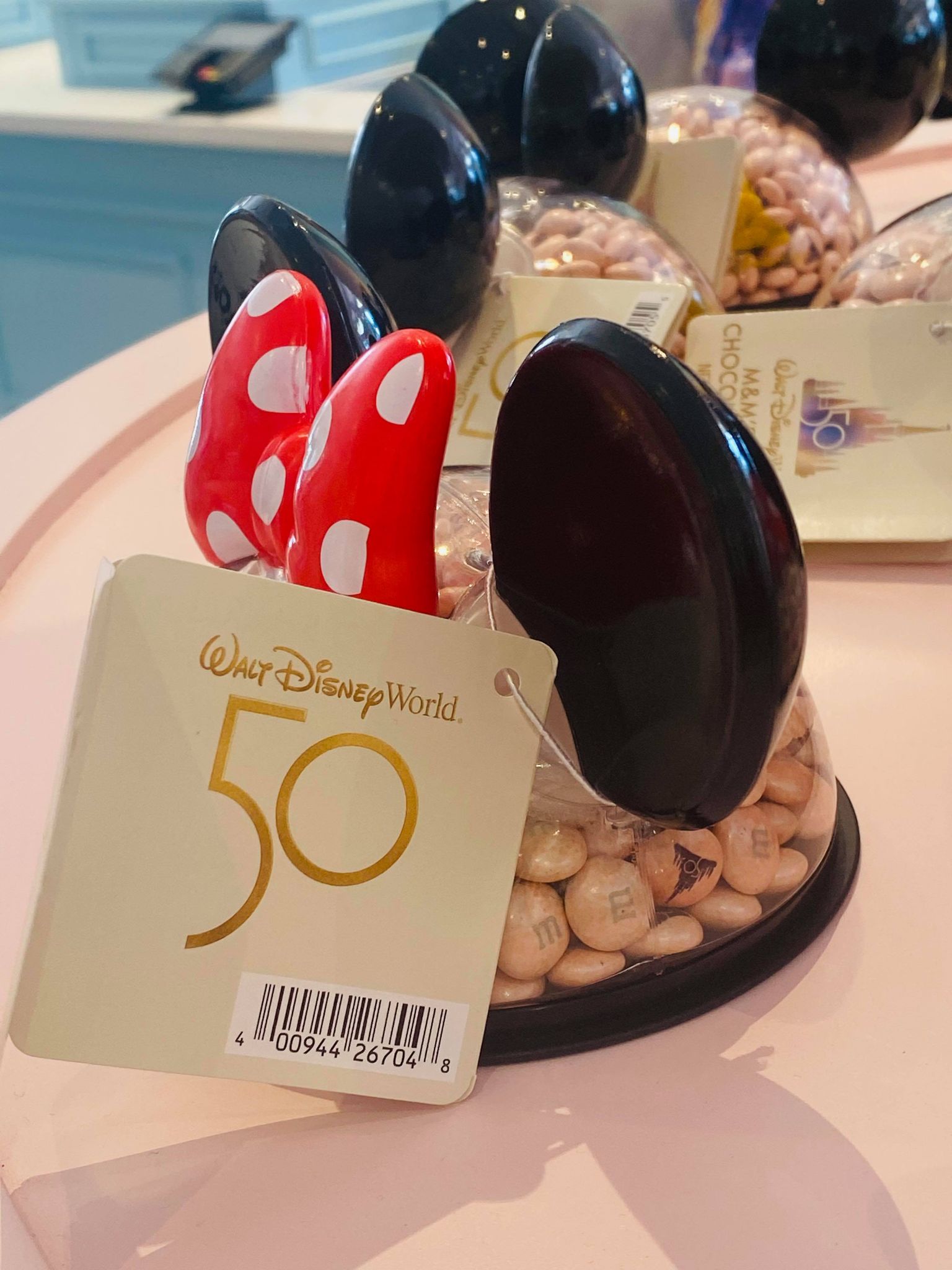 This assortment comes in a dome with Mickey and Minnie Ears. 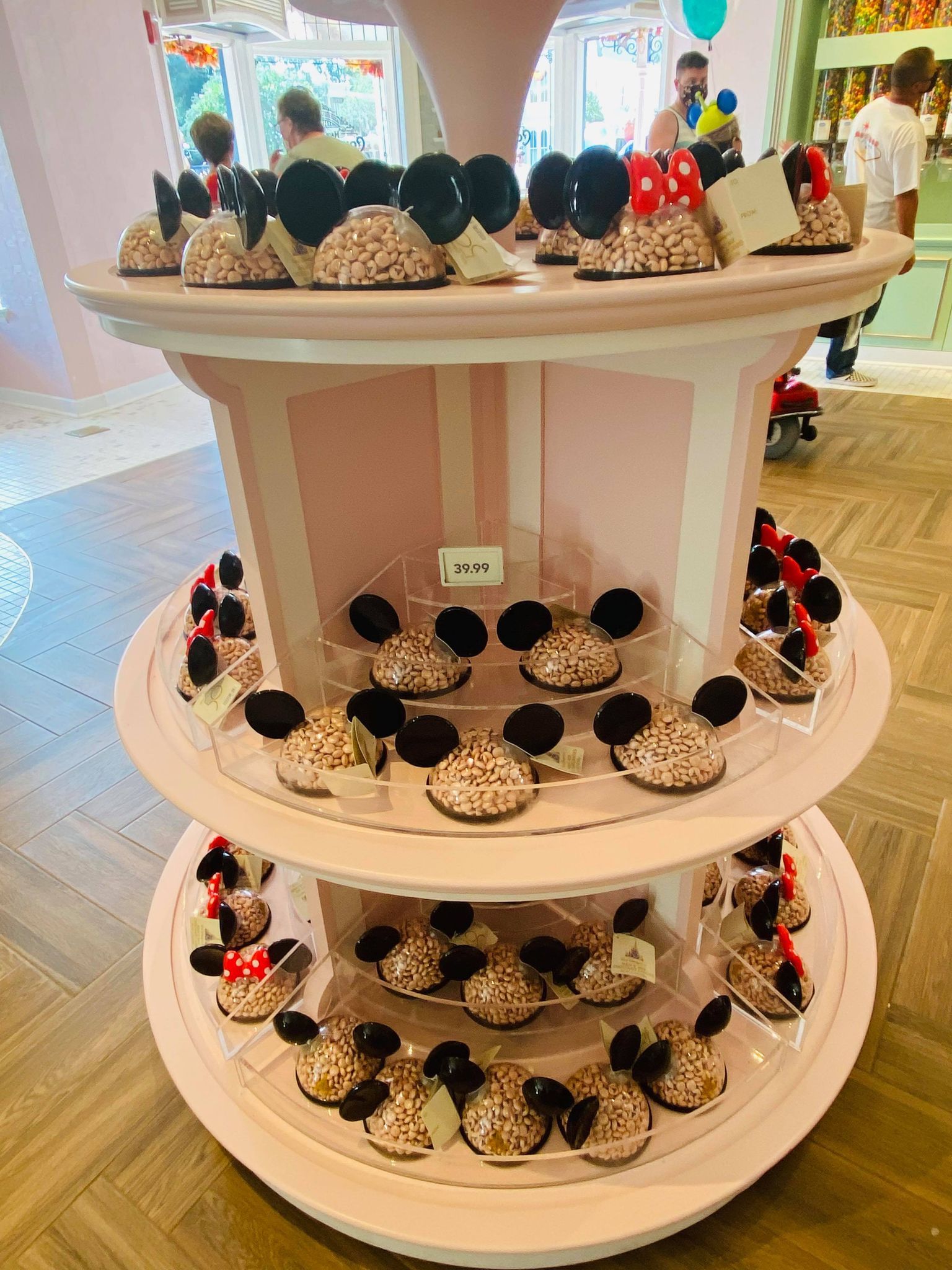 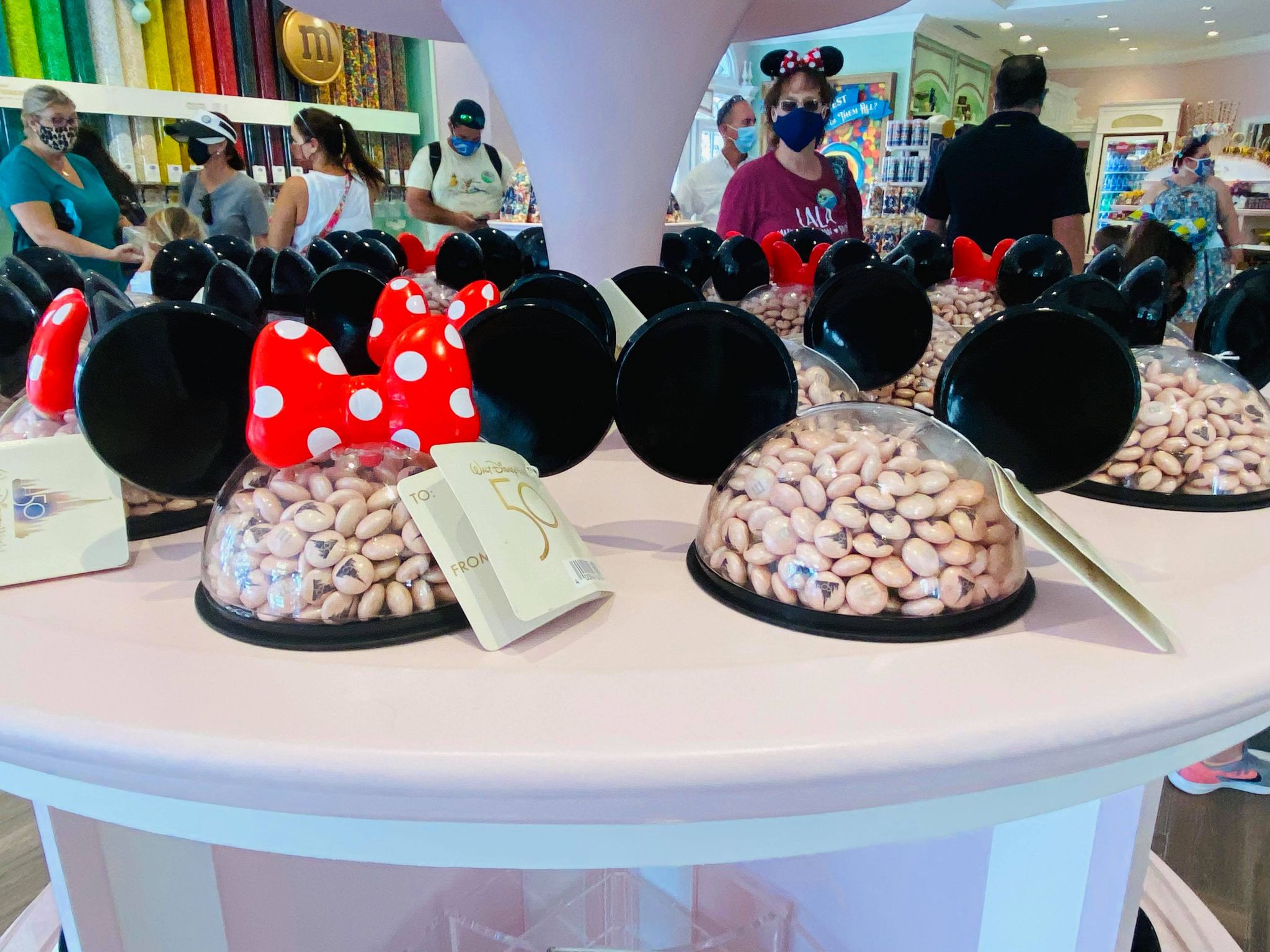 One of the other things that makes this candy treat so delightful is that the M&Ms themselves feature 50th Anniversary colors! 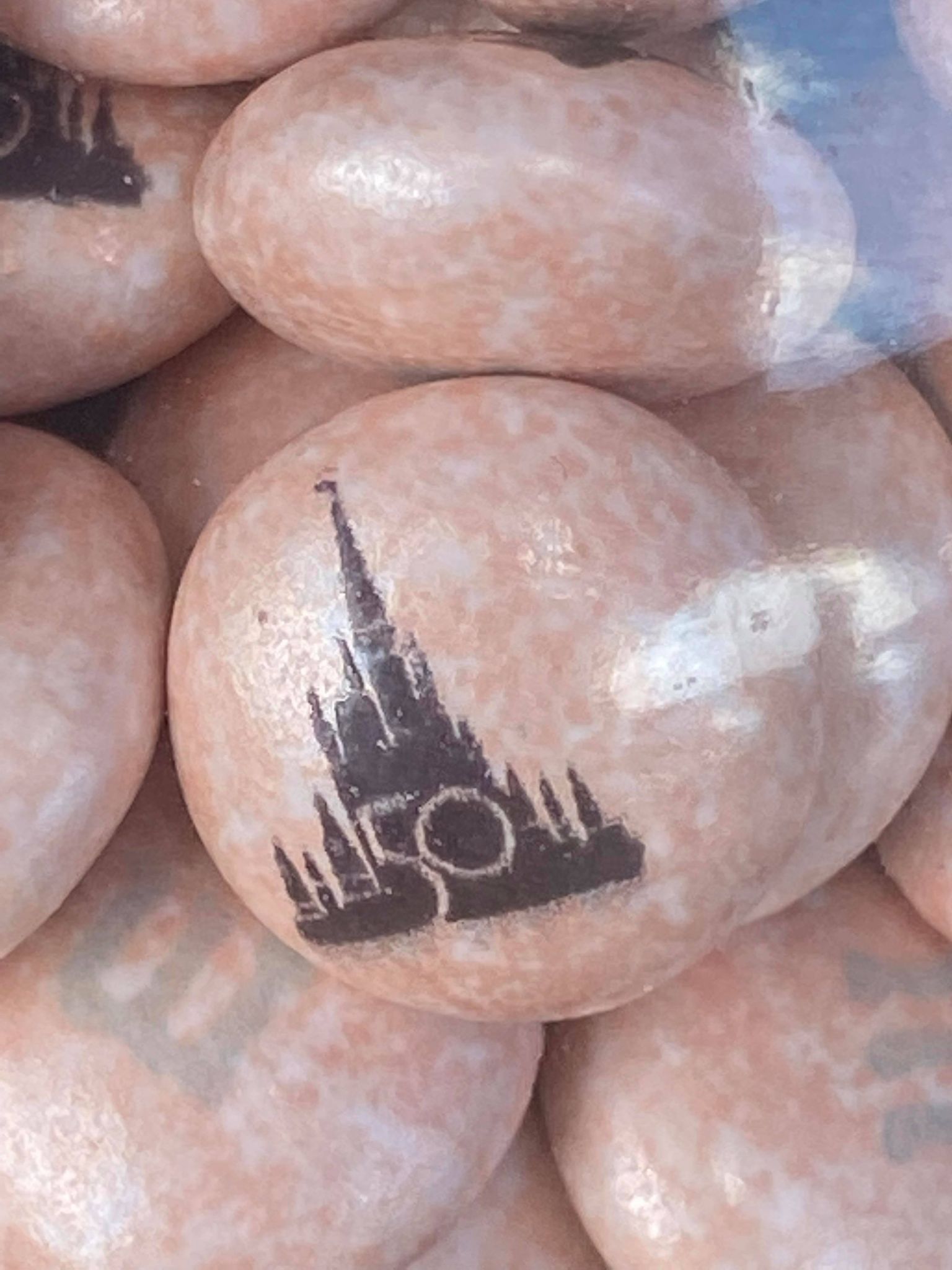 It’s very hard to tell from these images but the M&Ms are almost a fain pastel pink color. 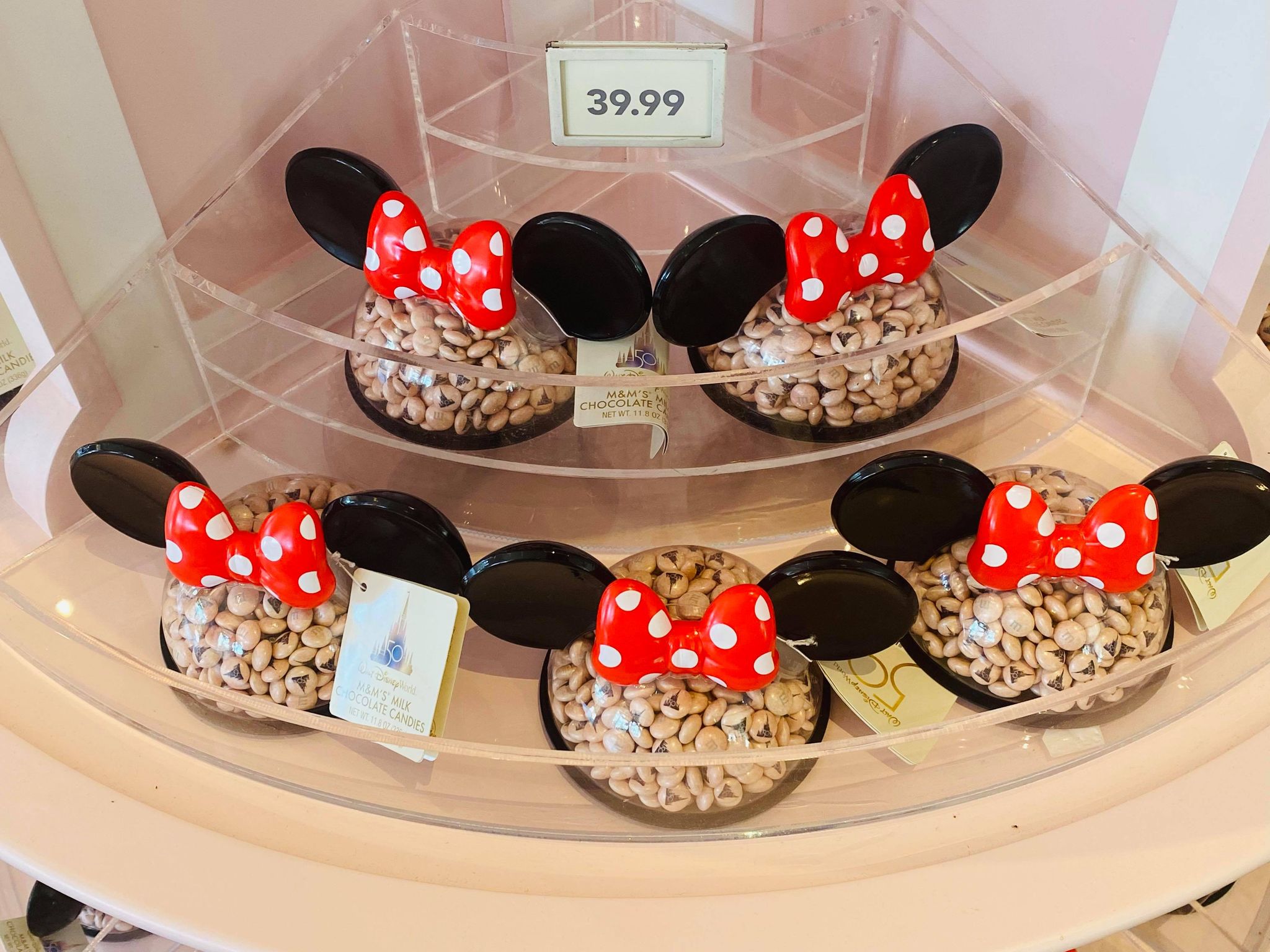 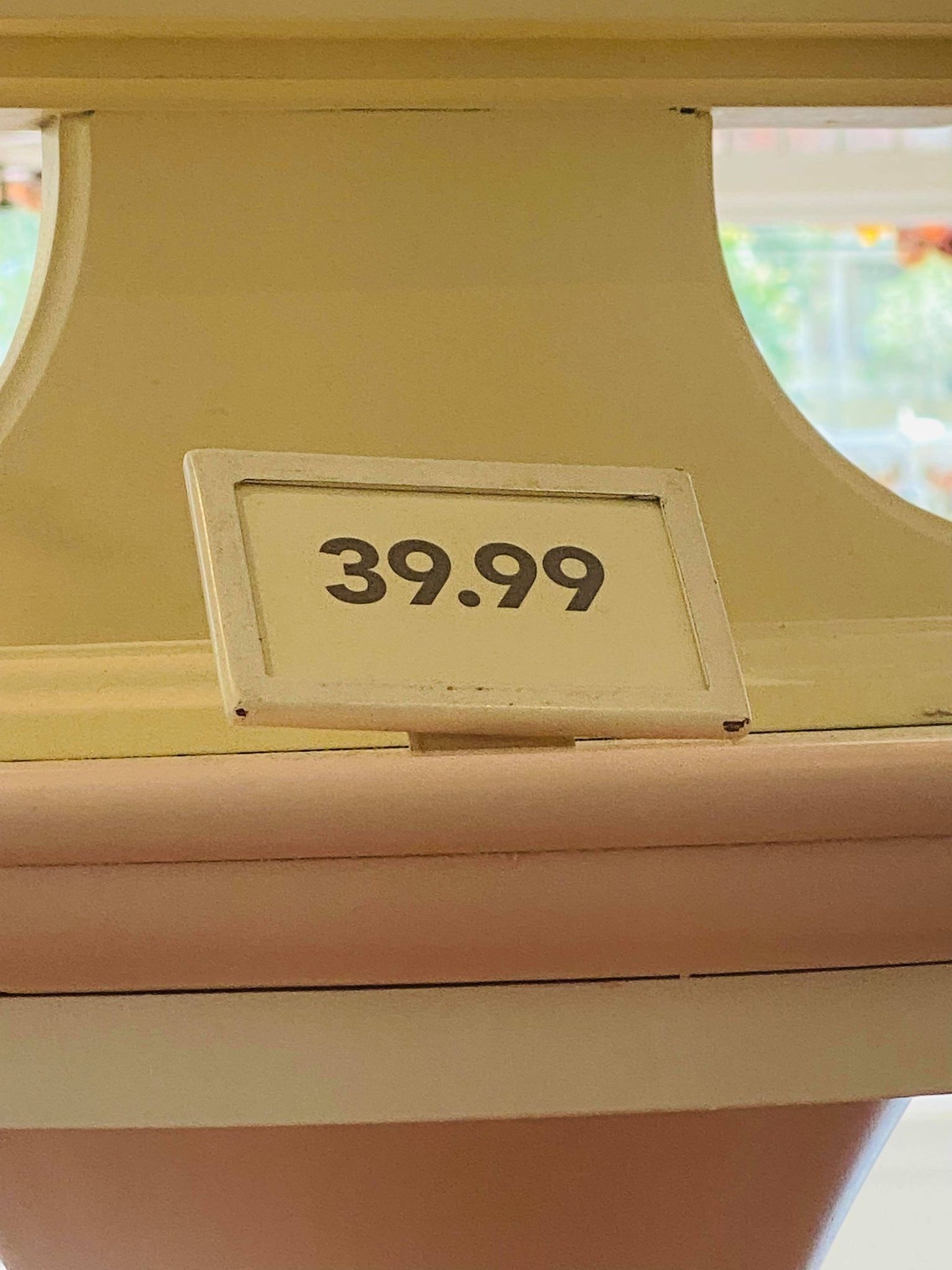 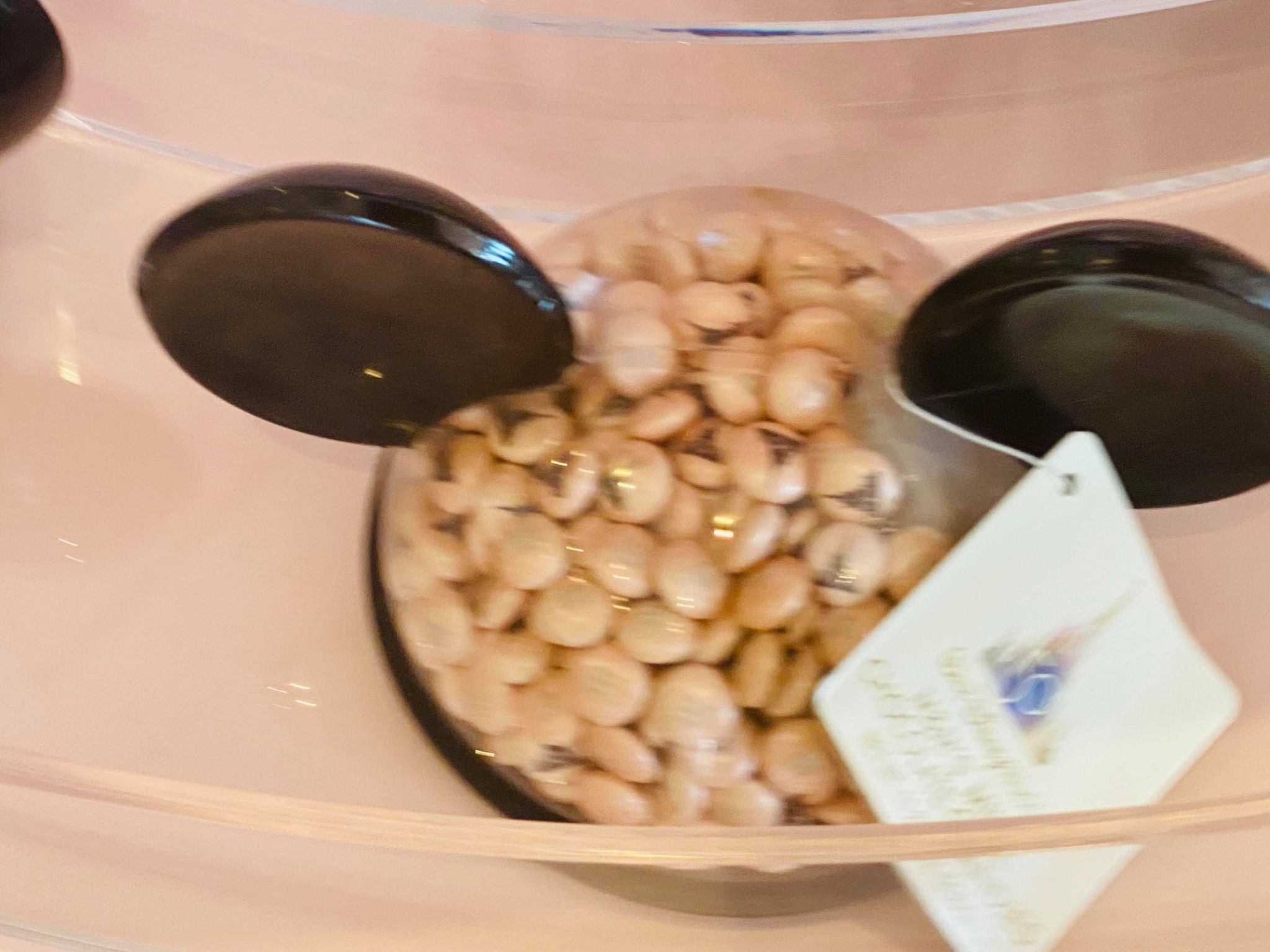 They come with an official 50th Anniversary tag. 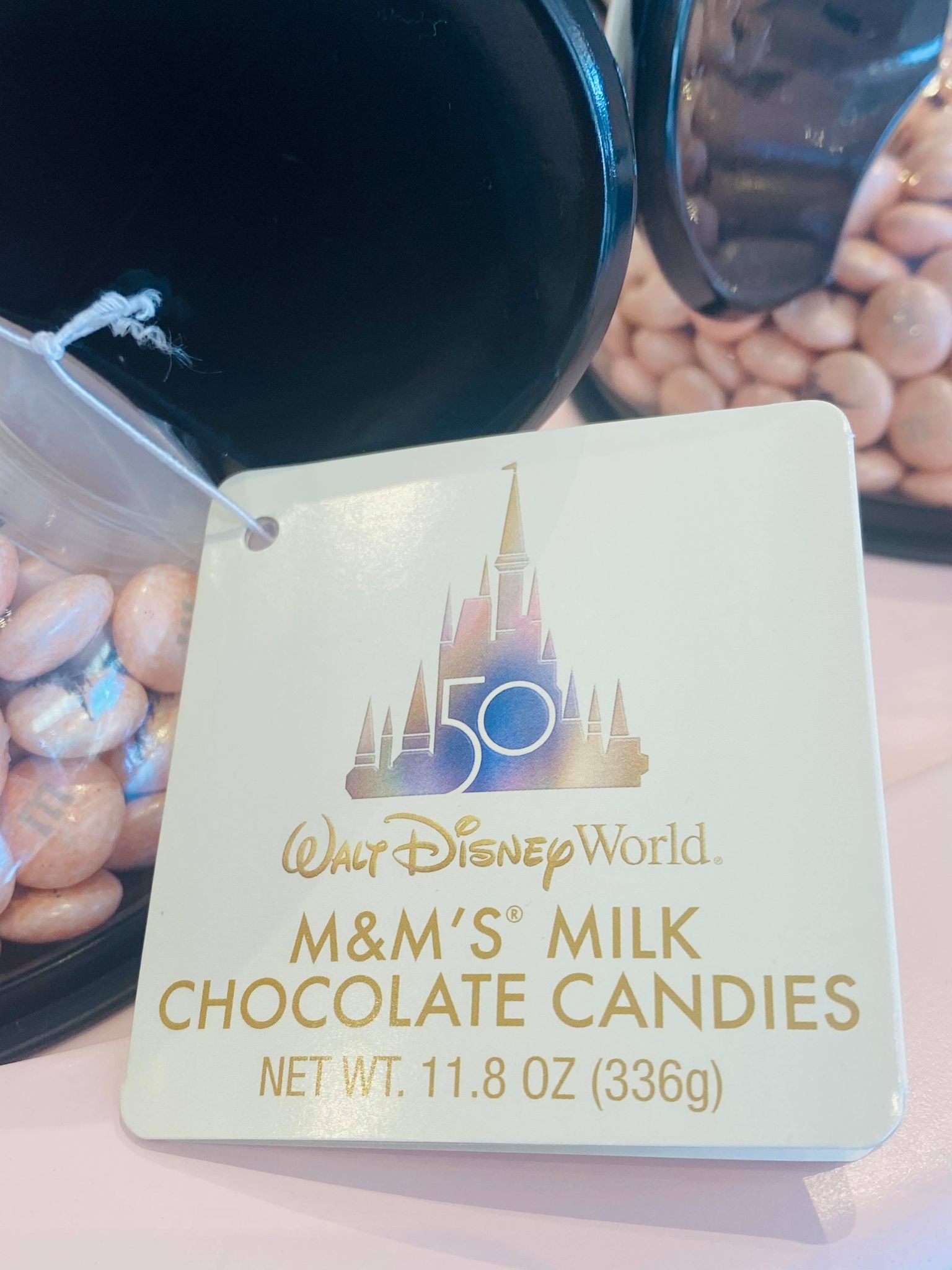 Because these are non-perishable, this  chocolate candy assortment is a great souvenir to pick up and surprise friends and family at home. 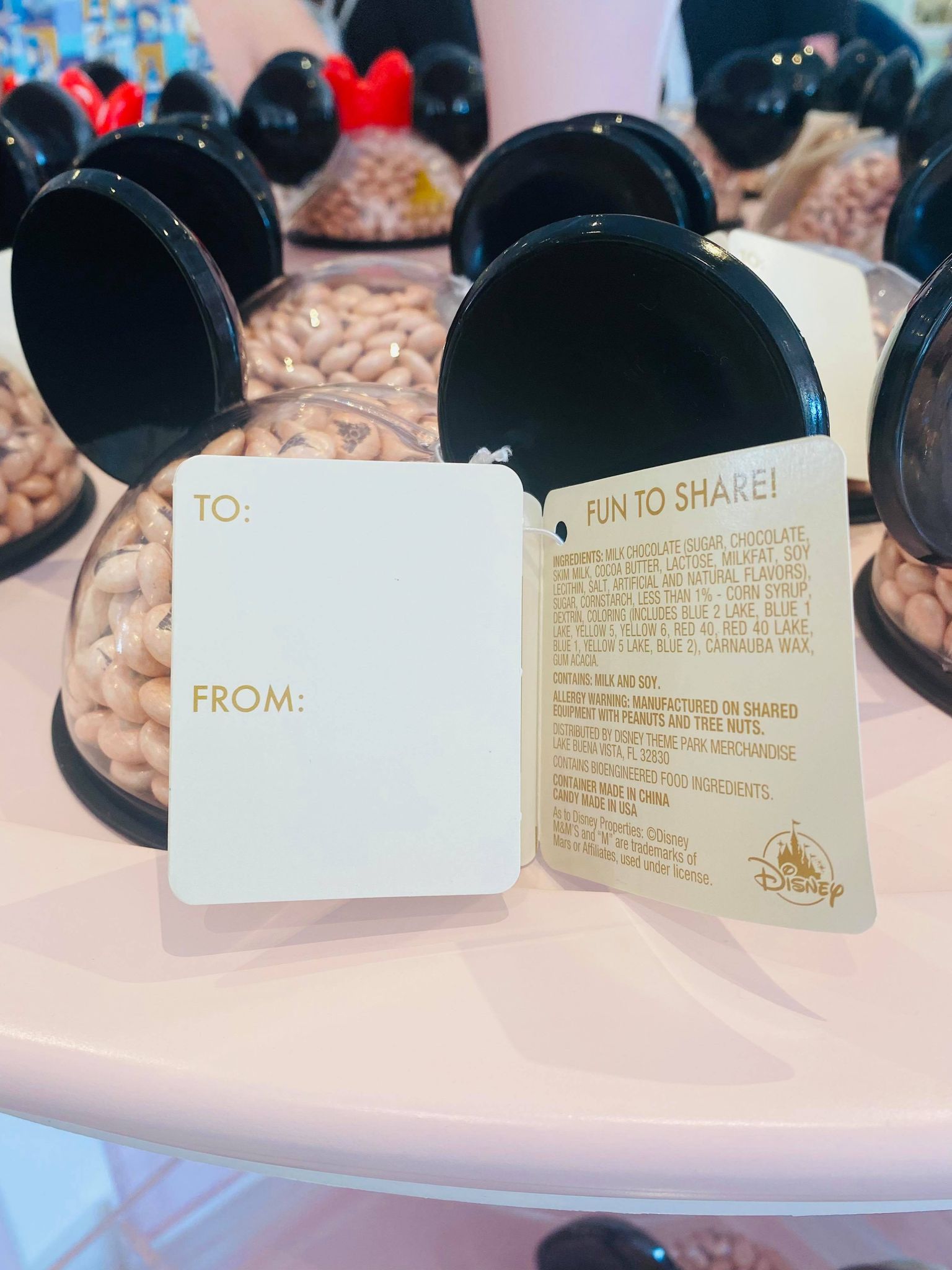 It is a little 50th Anniversary celebration in candy form! 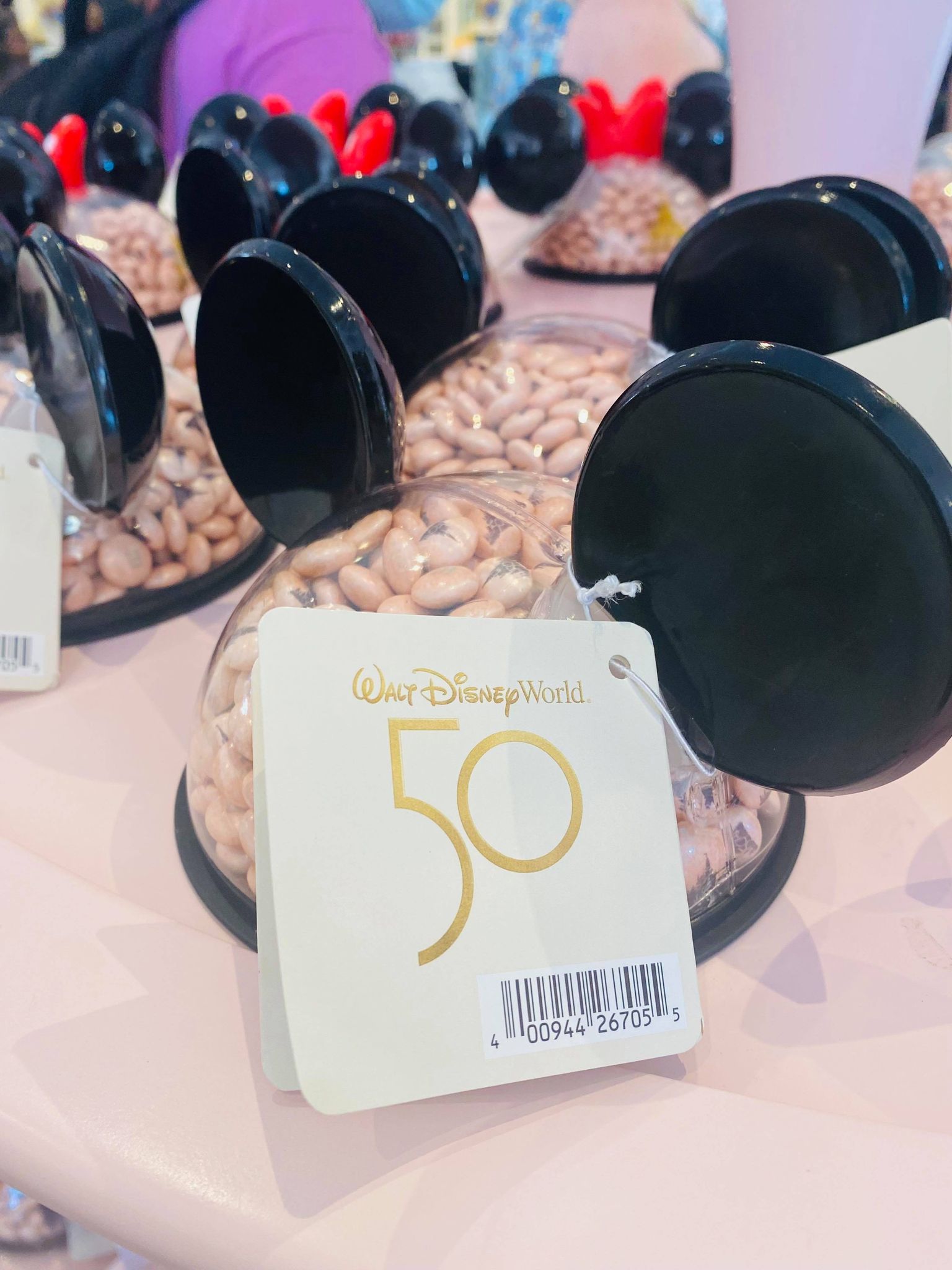 Be on the lookout for several displays at Main Street Confectionary where these goodies are on offer. 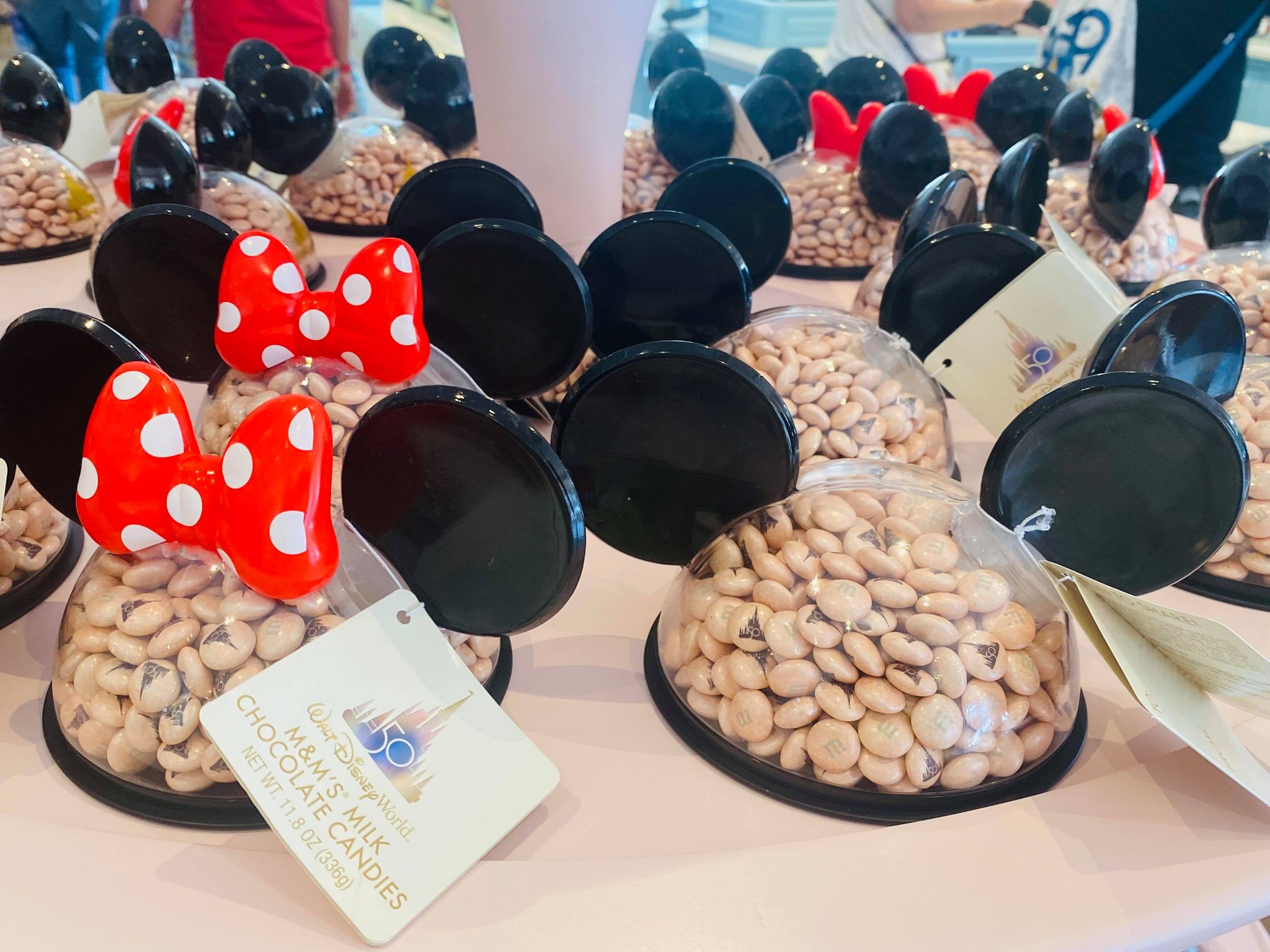 Below you can see the the M&Ms look striking similar to the 50th Anniversary signs that are just outside of the Confectionary! 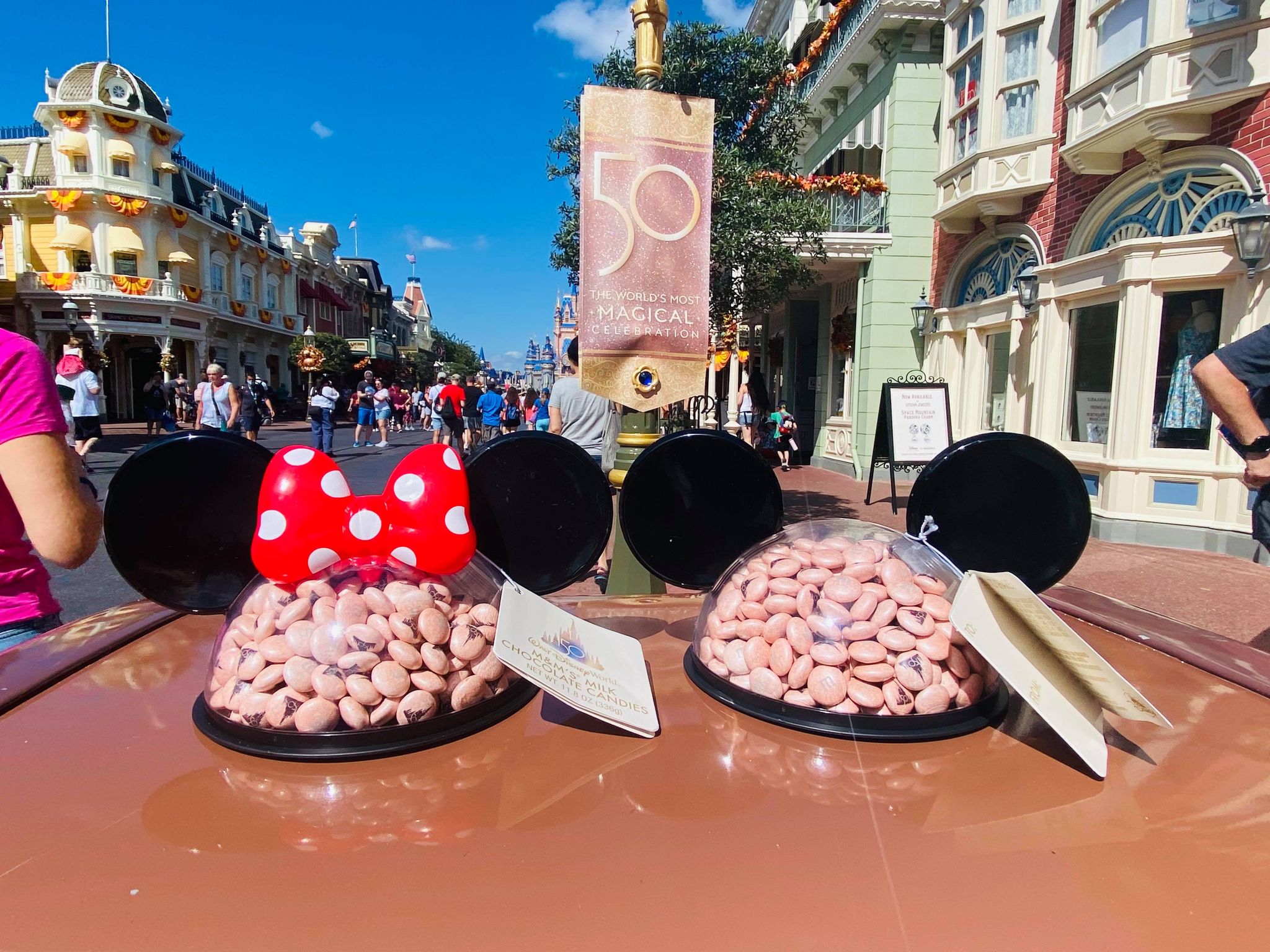 It really gives a sense of the color of the M&Ms and you can really see all of those tiny little castles. It’s adorable. 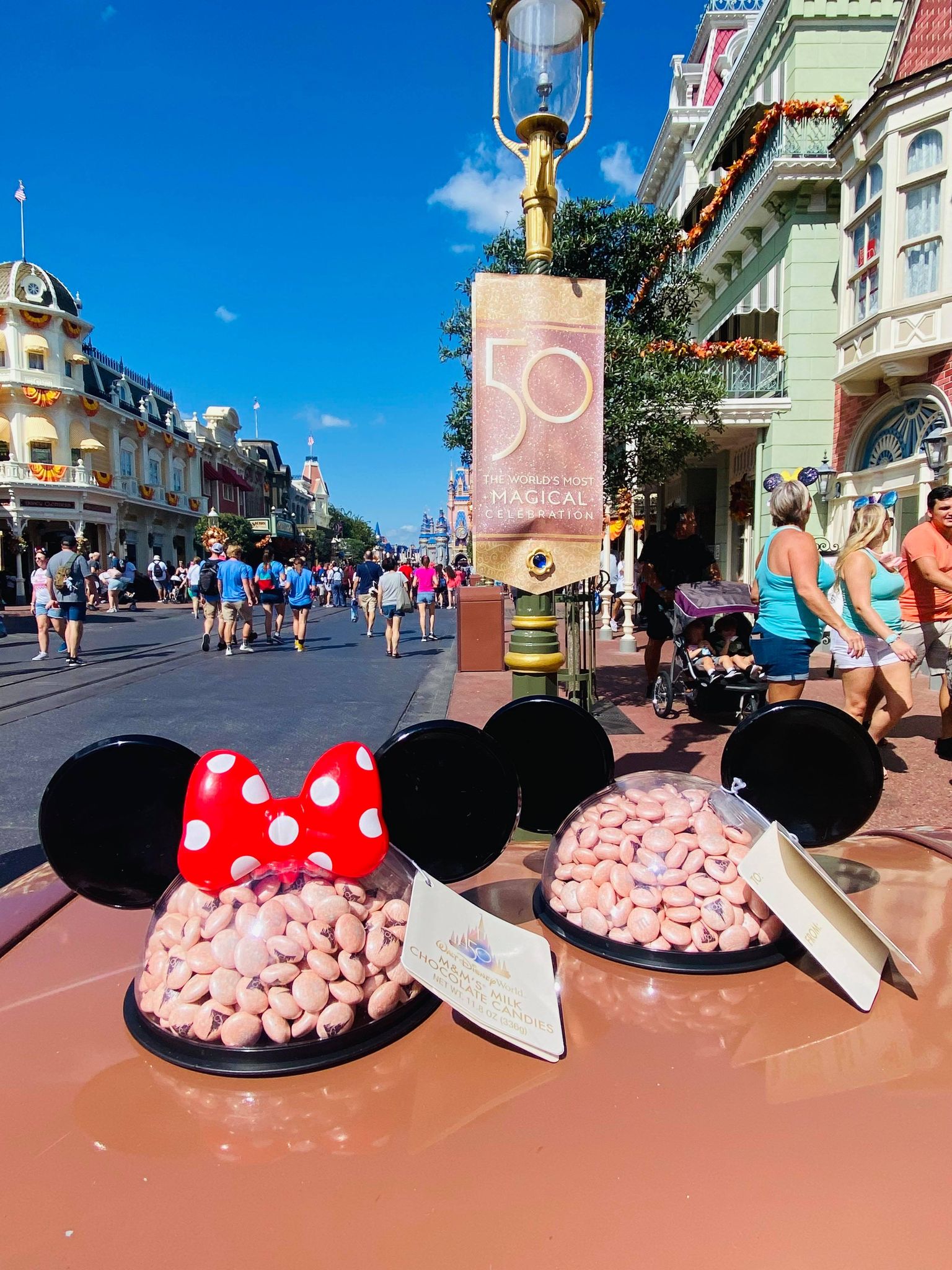 We don’t know how long these candy assortments will be around so be sure to drop by the Confectionary and pick one up during your next Magic Kingdom visit. 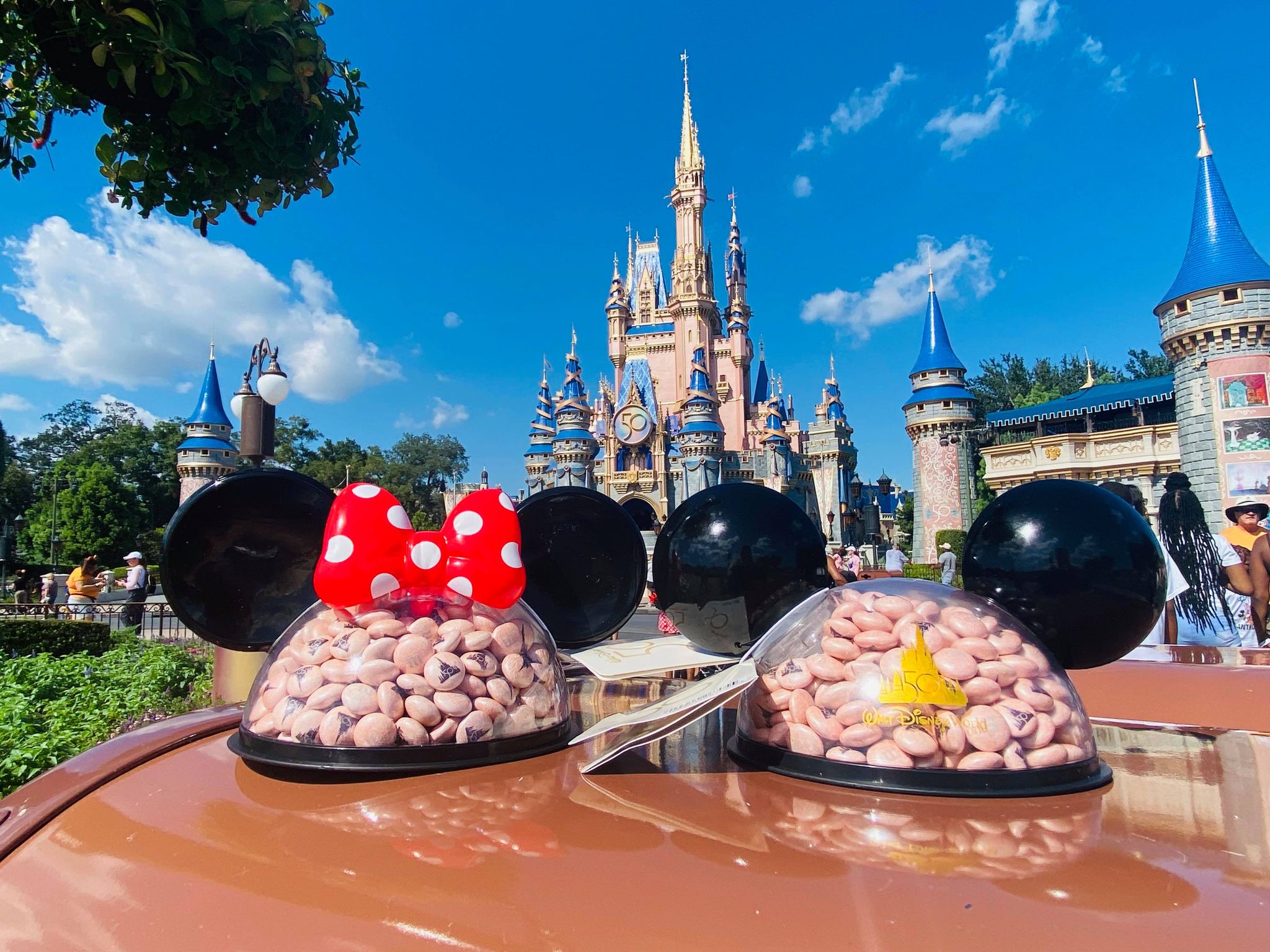 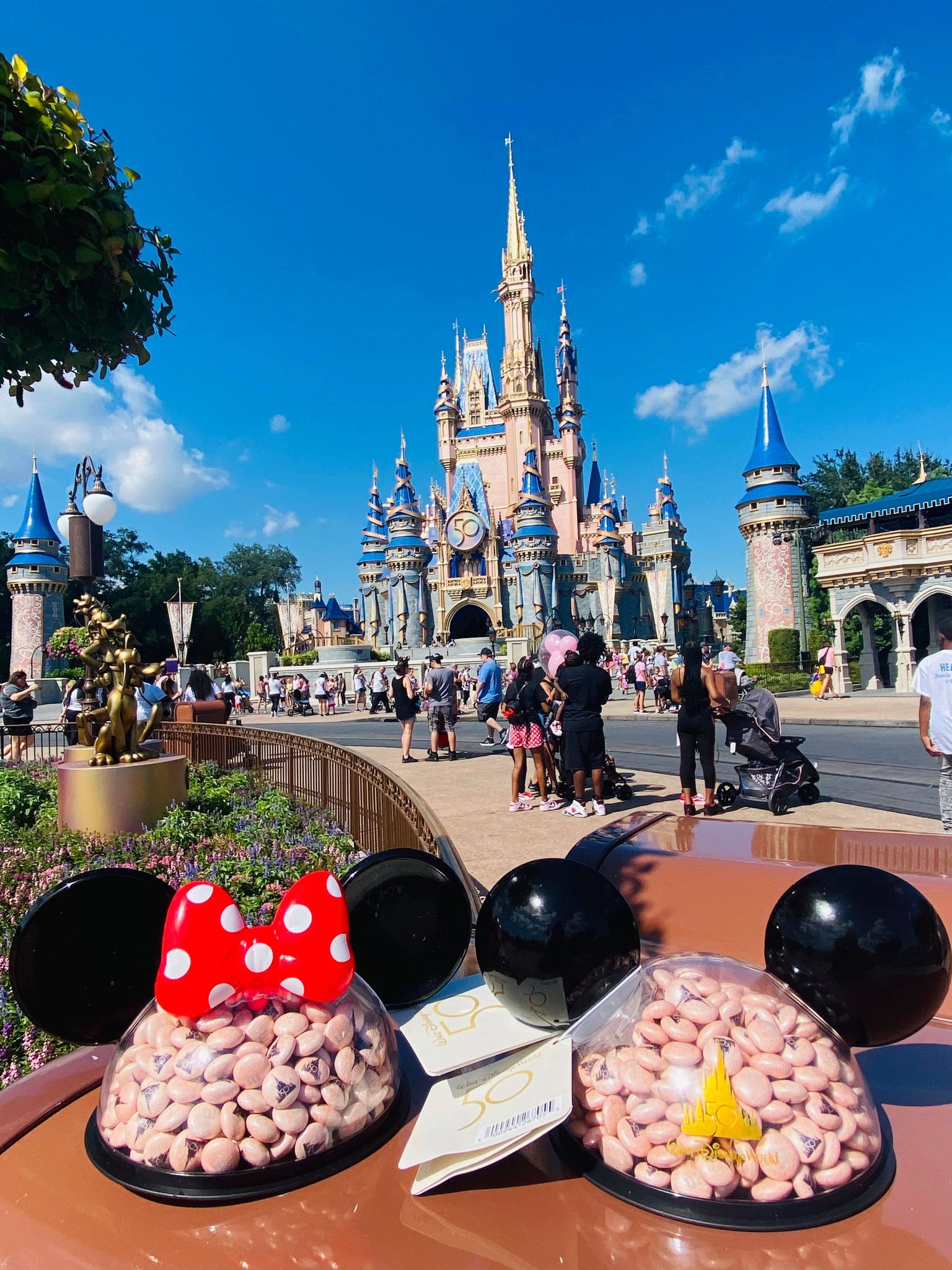 The festivities kicked off on October 1st and run for an impressive 18 months. 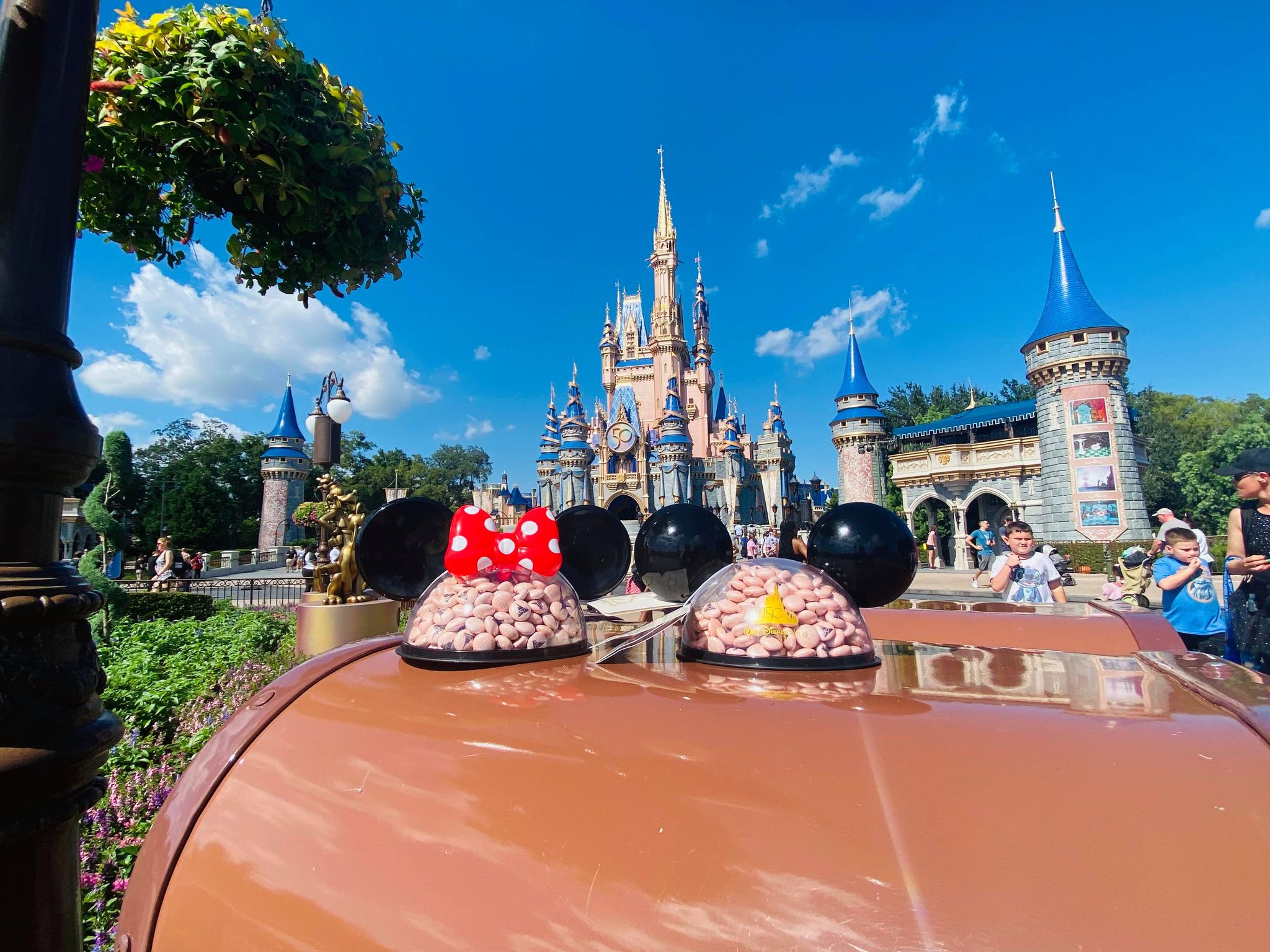 Readers are also encouraged to keep following along with MickeyBlog. We’ll be coming to you LIVE from the theme parks each and every week. 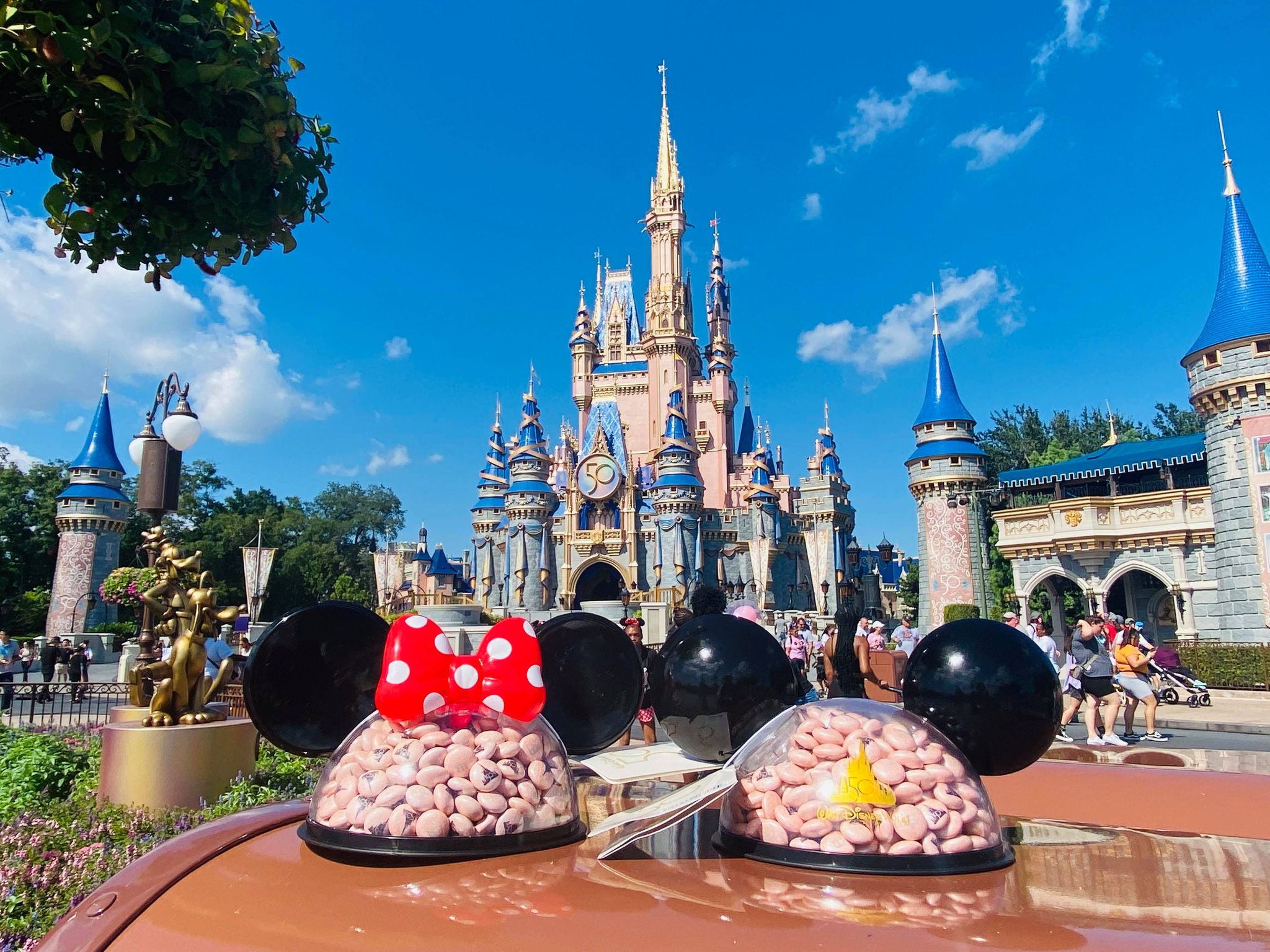