Today’s the day! The day we have all been waiting for… it’s the 50th Anniversary of Walt Disney World!

Here at MickeyBlog, we are all awake bright and early to bring you the full coverage of this exciting day. Greg and Elyssa are over at the Magic Kingdom now, joined by a large crowd of equally-eager, fellow guests. It looks like nobody can wait to start the celebrations! 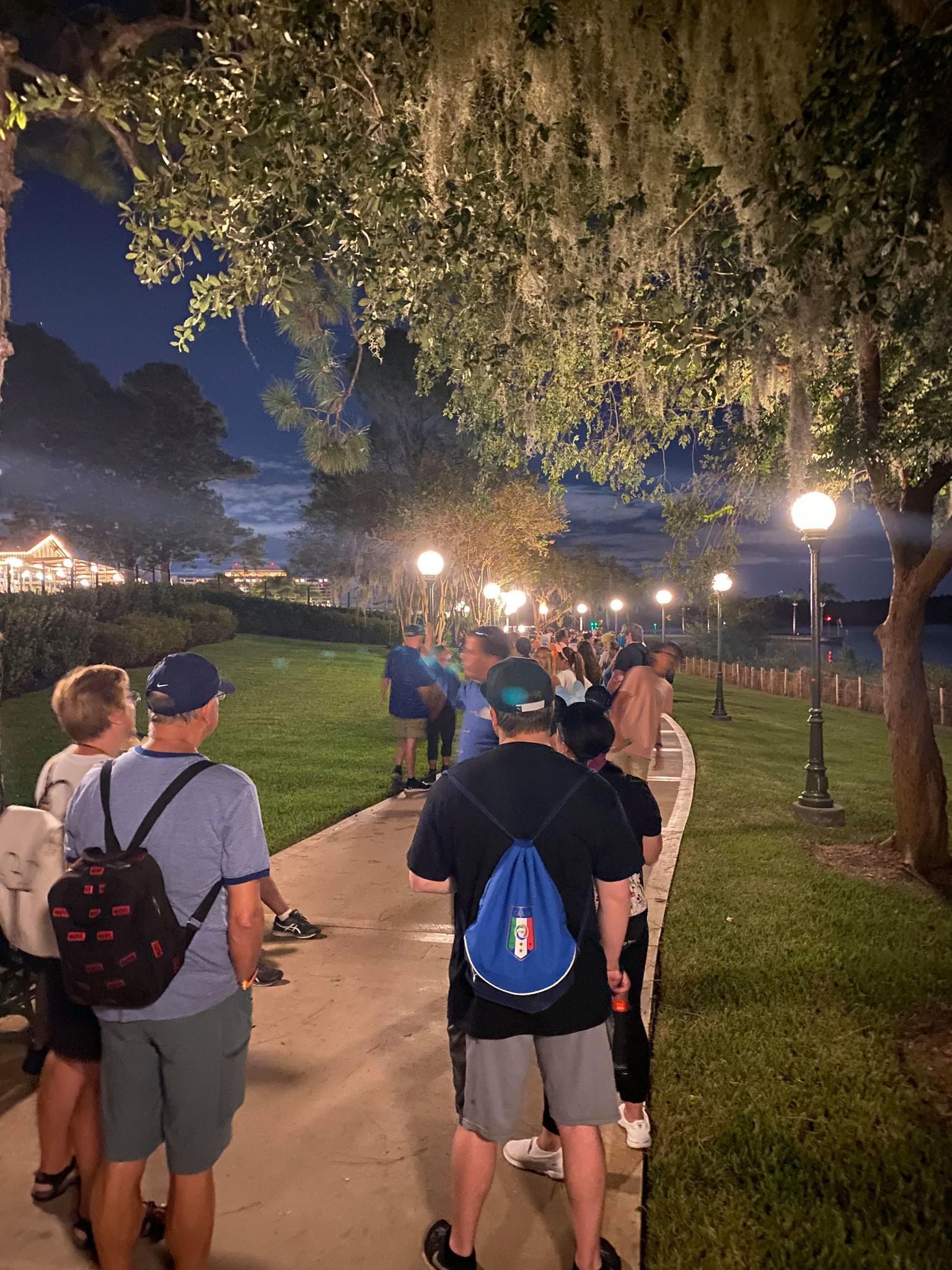 At 5.35am, before even the sky had awoken, a large crowd had already begun to gather at the entrance to the resort. 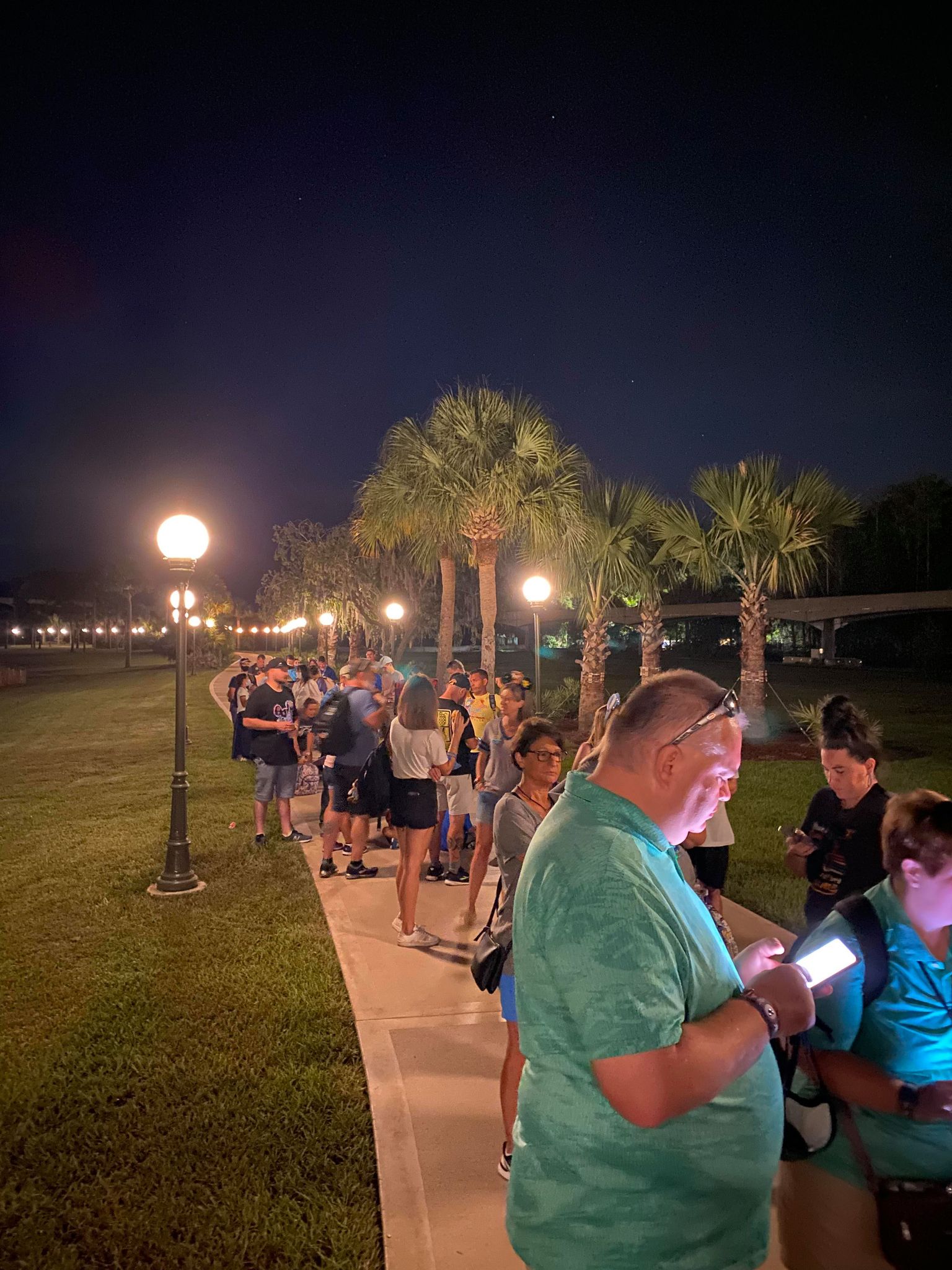 Greg and Elyssa were on the walkway connecting Disney’s Grand Floridian to the Magic Kingdom, alongside a group of other guests.

As you can see from the photos, everyone was patiently waiting in a long line. No rowdy crowds here – everyone’s excited for a big day of celebration! 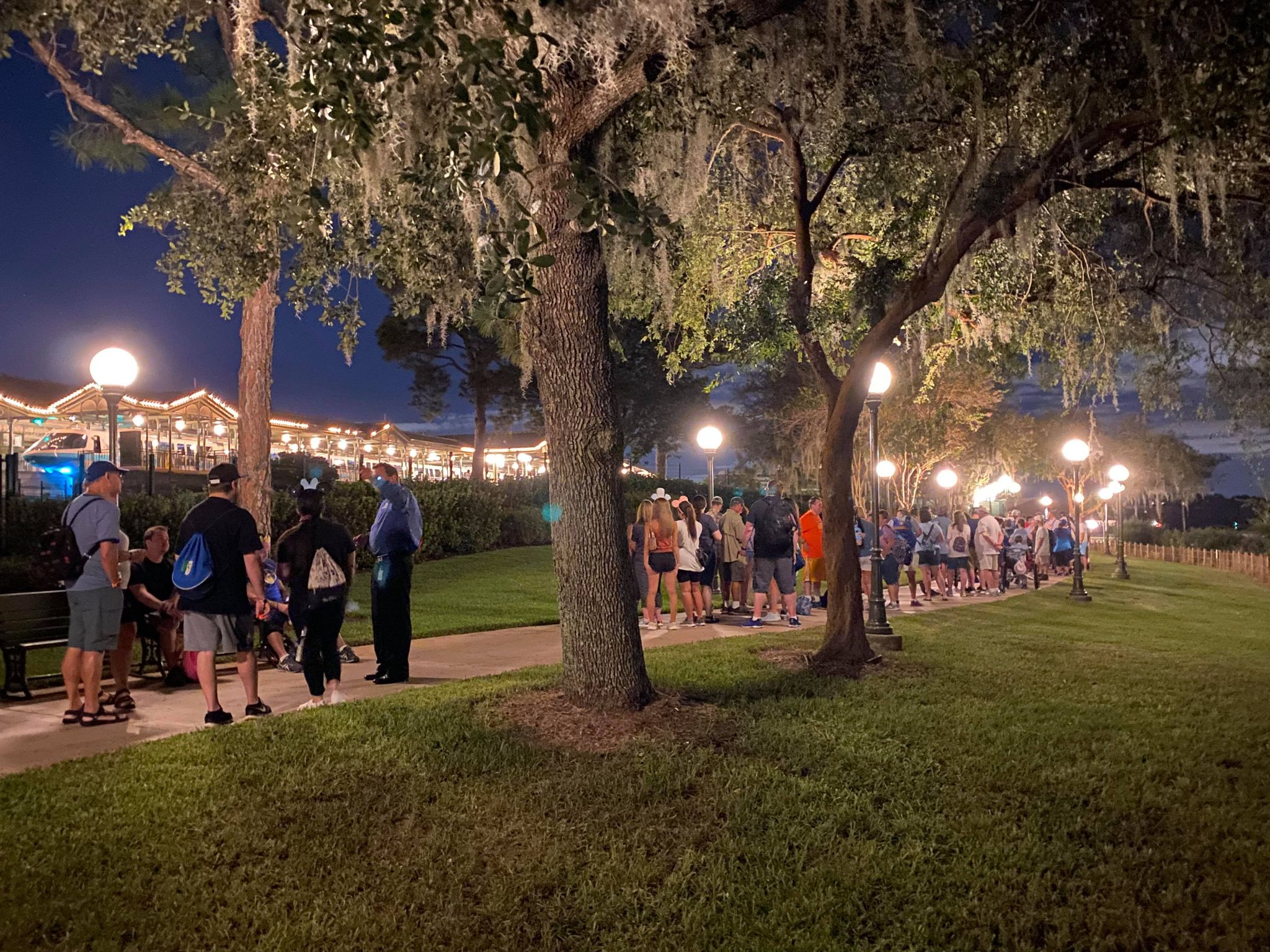 As always, the dedicated and professional team of Walt Disney World security were on hand to keep everyone in line. At first, guests were stopped on the walkway to ensure big crowds didn’t gather too early on. 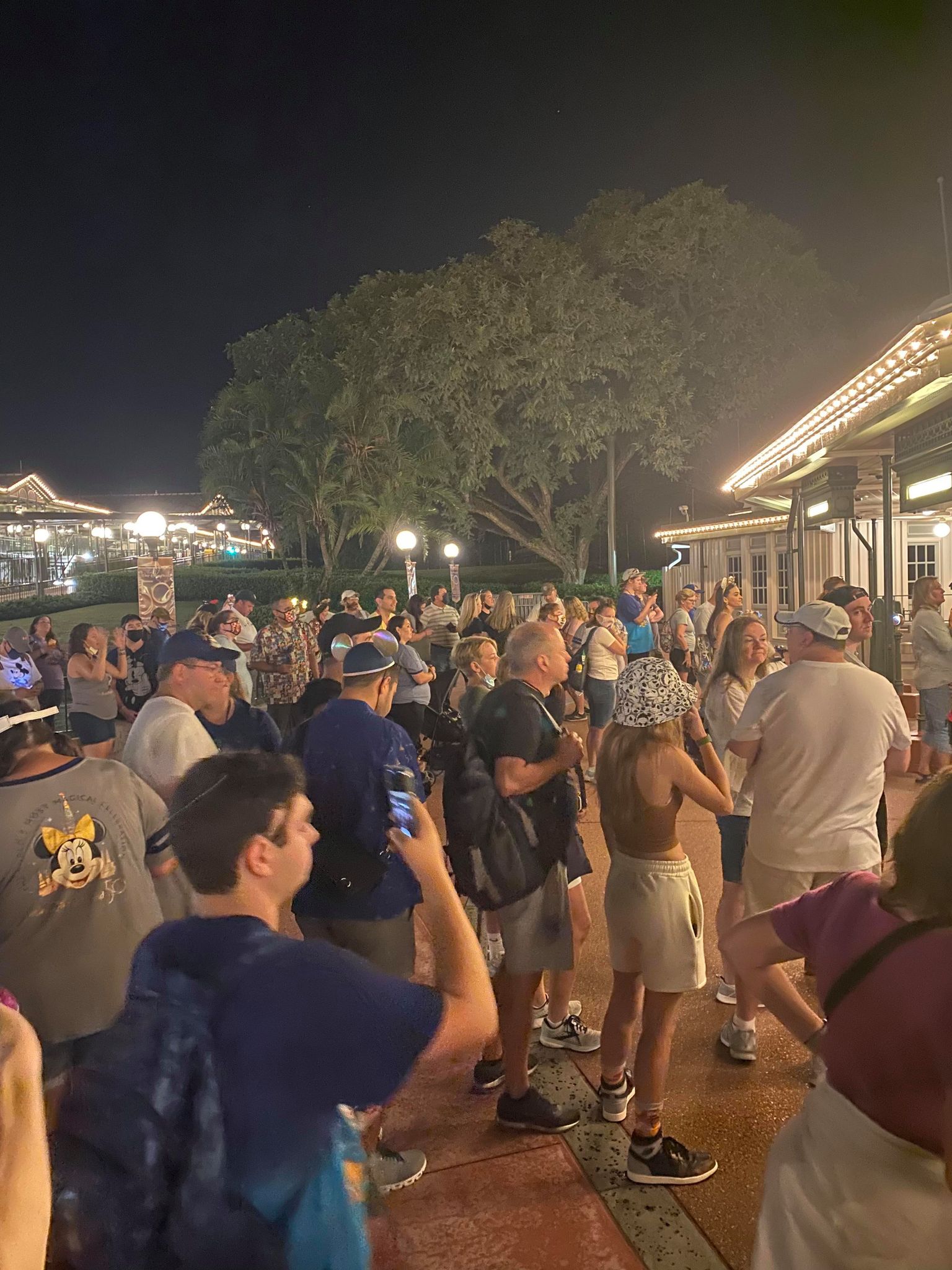 Slowly but steadily, the lines were gently organized outside the park entrance. 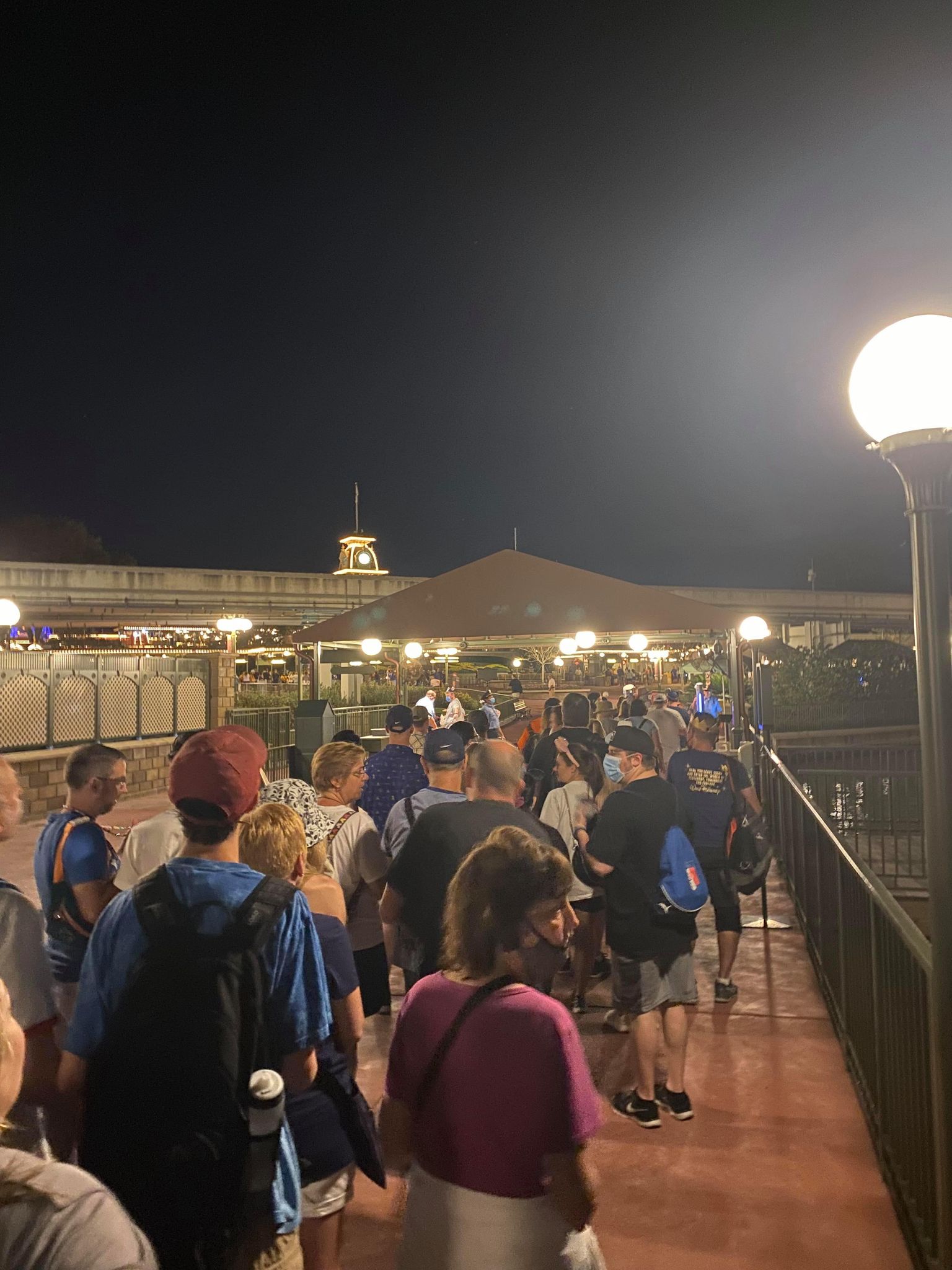 Security and bag-check lines are all flowing smoothly – but it’s no doubt going to be a busy day! 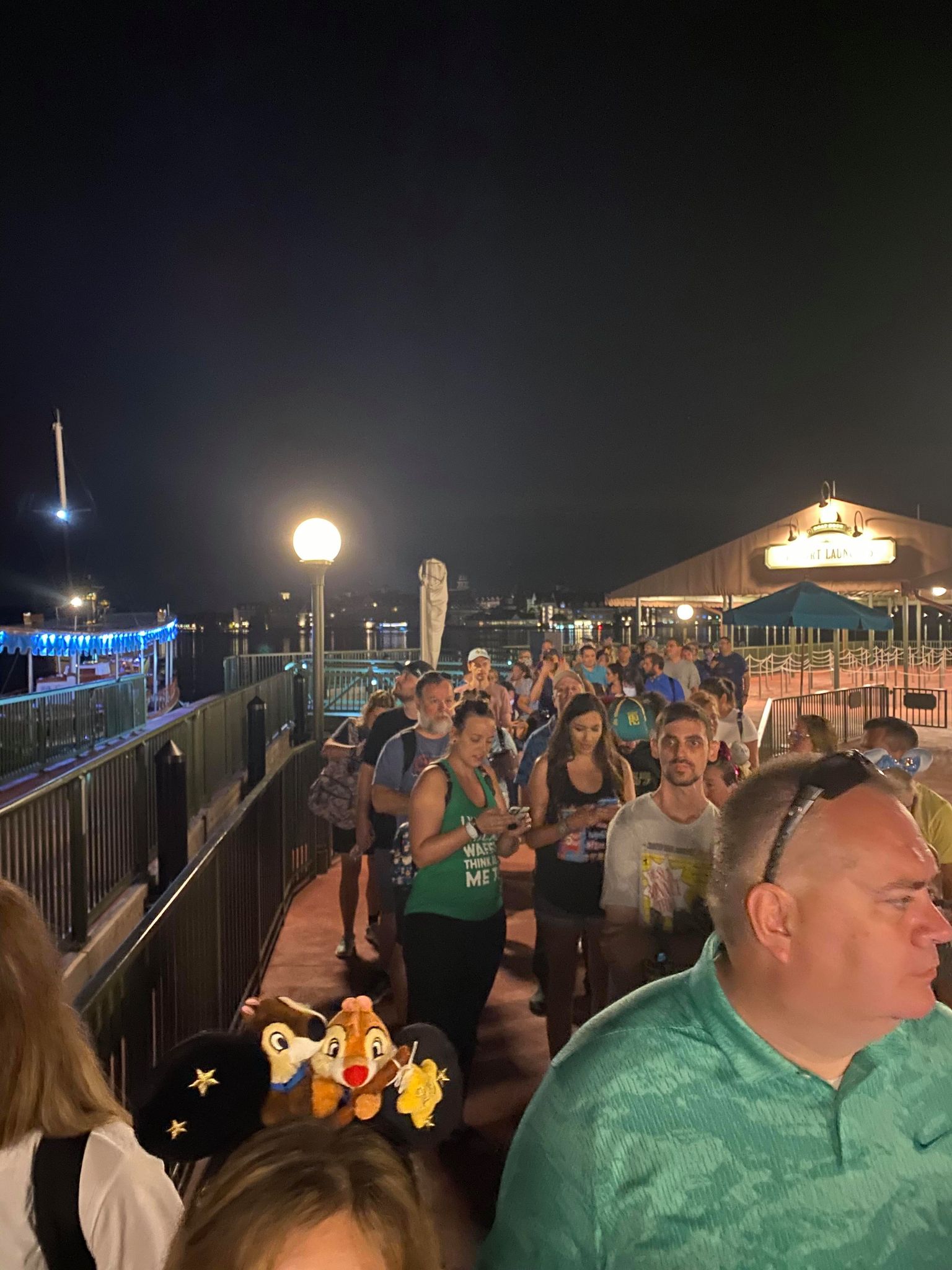 From the ferryboat launch to the bus stops, everyone is waiting excitedly to see what the day has in store. 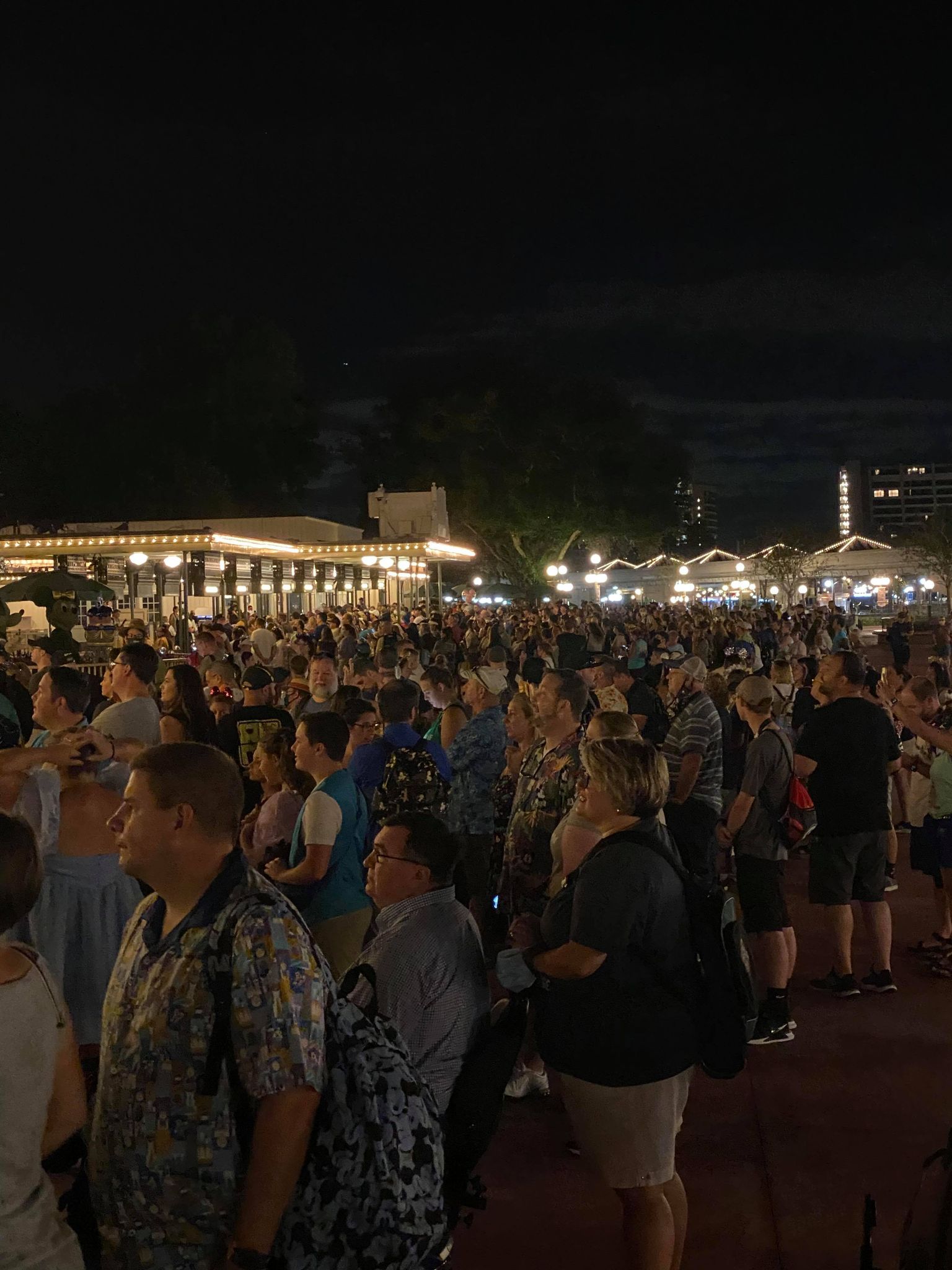 It looks like an awful lot of people, but spirits are high in anticipation and readiness to congratulate Mickey on the big day! 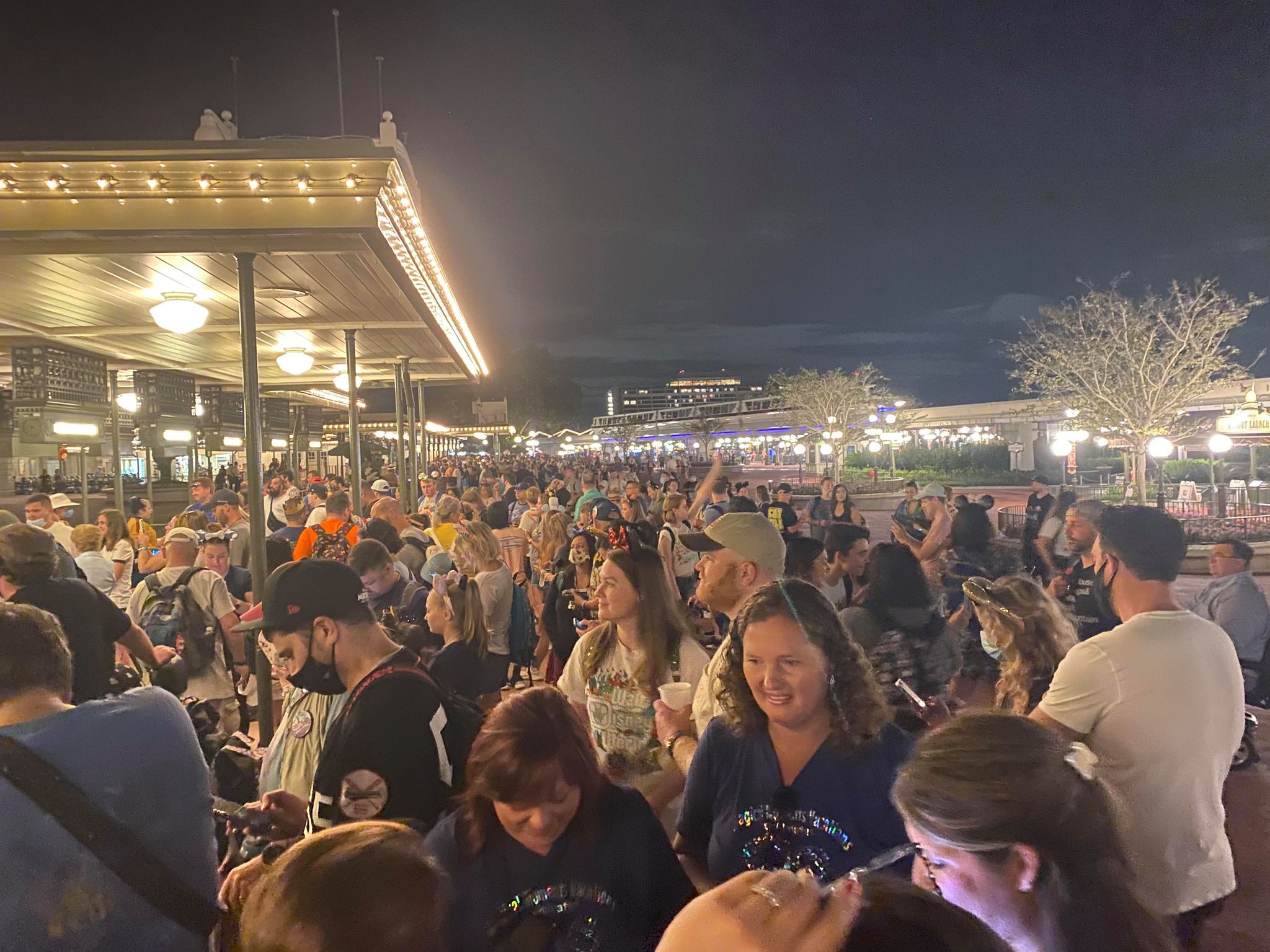 MickeyBlog have already been lucky enough to get a sneak peek at what we can expect for the 50th Anniversary celebrations, including a look at the incredible new nighttime spectacular: Enchantment. 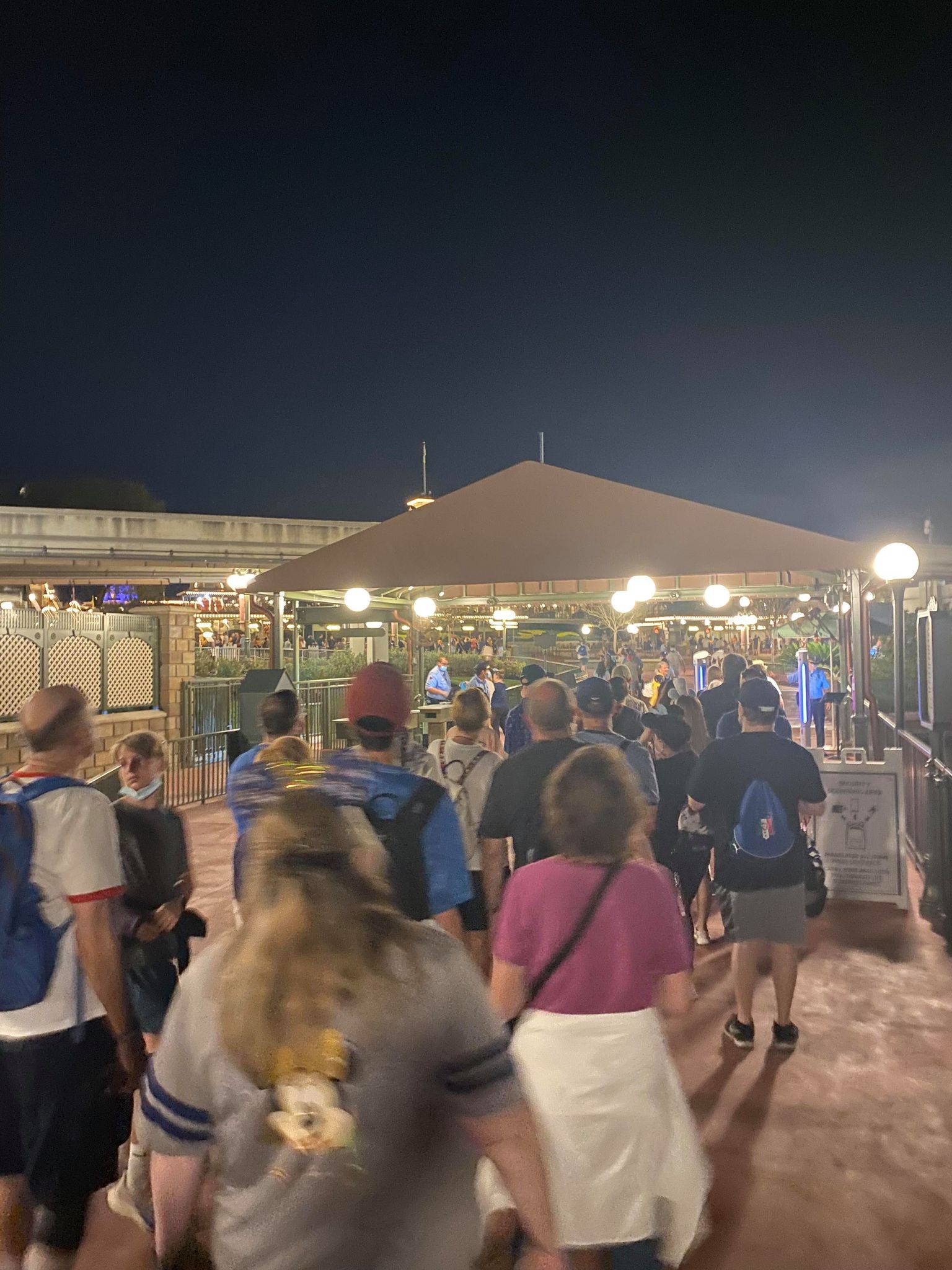 We are thoroughly enjoying bringing the magic to everyone, near or far, and are glad to have you celebrating with us.

But, for now, the lines are moving, and there’s some magical exploring to be done! 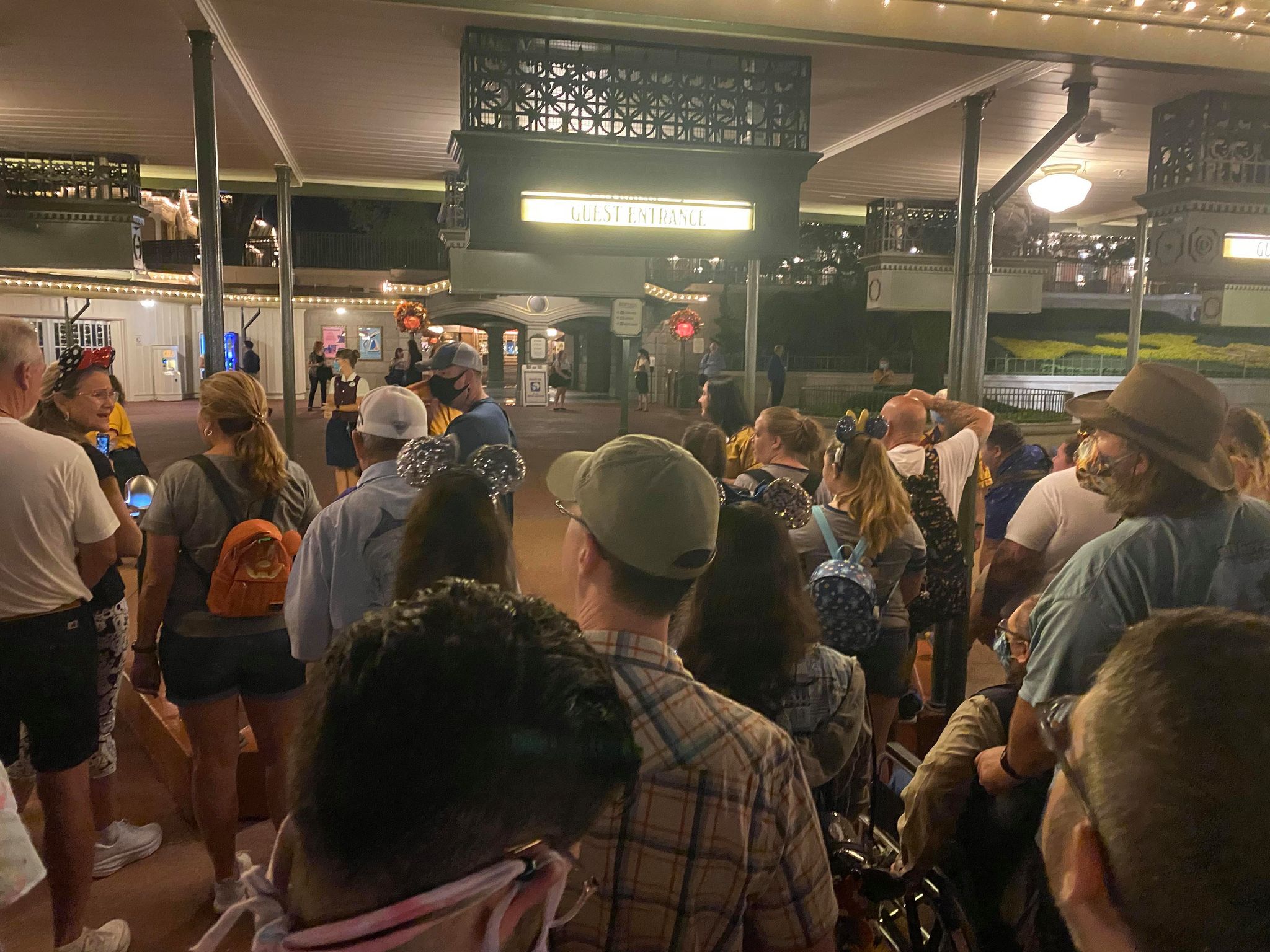 Here we go… it’s time for the Most Magical Celebration to begin!