Main Street, U.S.A. is home to many of the Magic Kingdom icons. One of these is a majestic town clock, which stands proudly on the sidewalk. 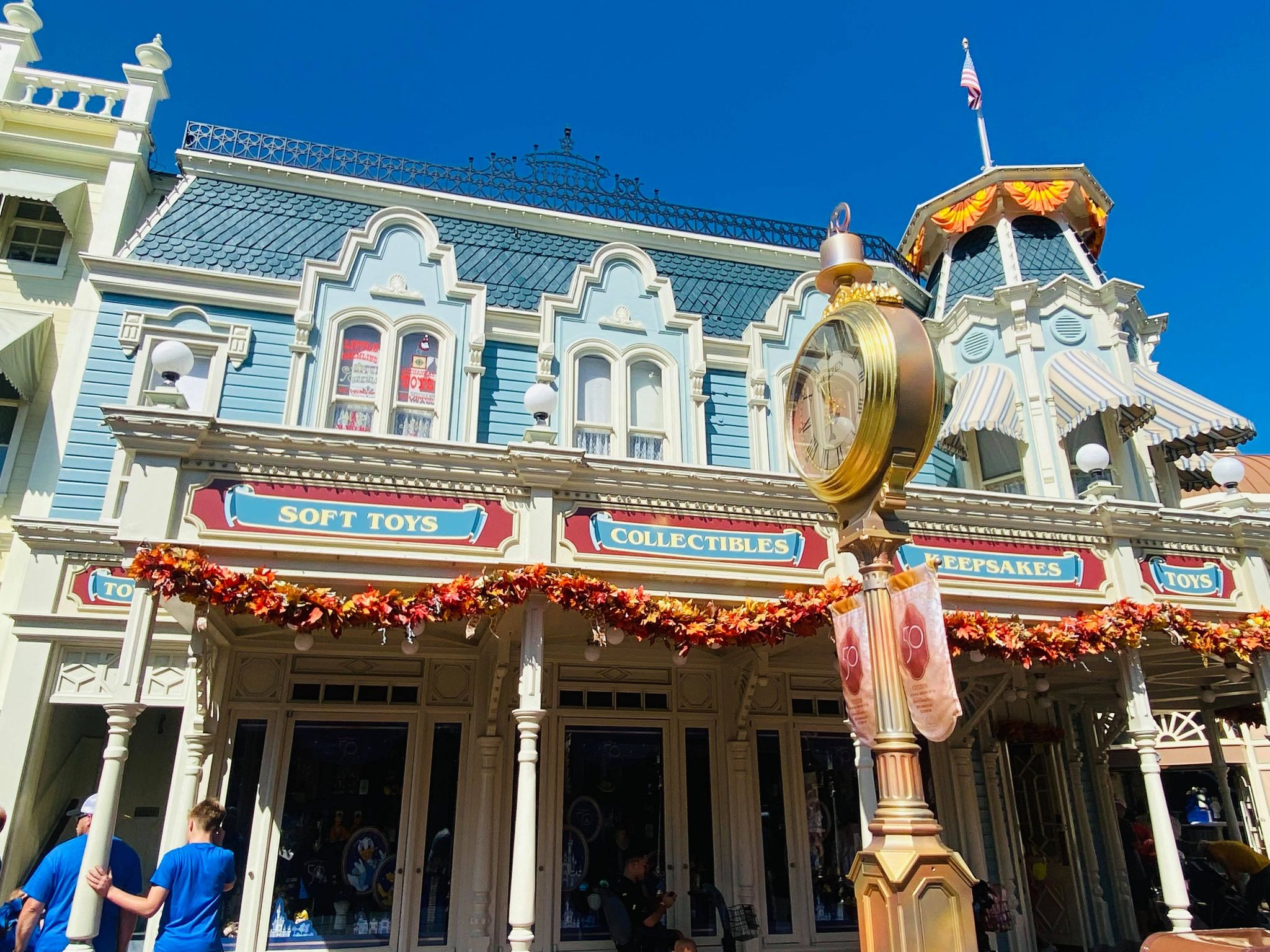 The clock is actually created by Citizen, one of the official sponsors of Walt Disney World.

Not only is the Main Street clock emblazoned with the shining Citizen logo, but many others across the resort bear the company’s sponsorship too. How many do you know of? 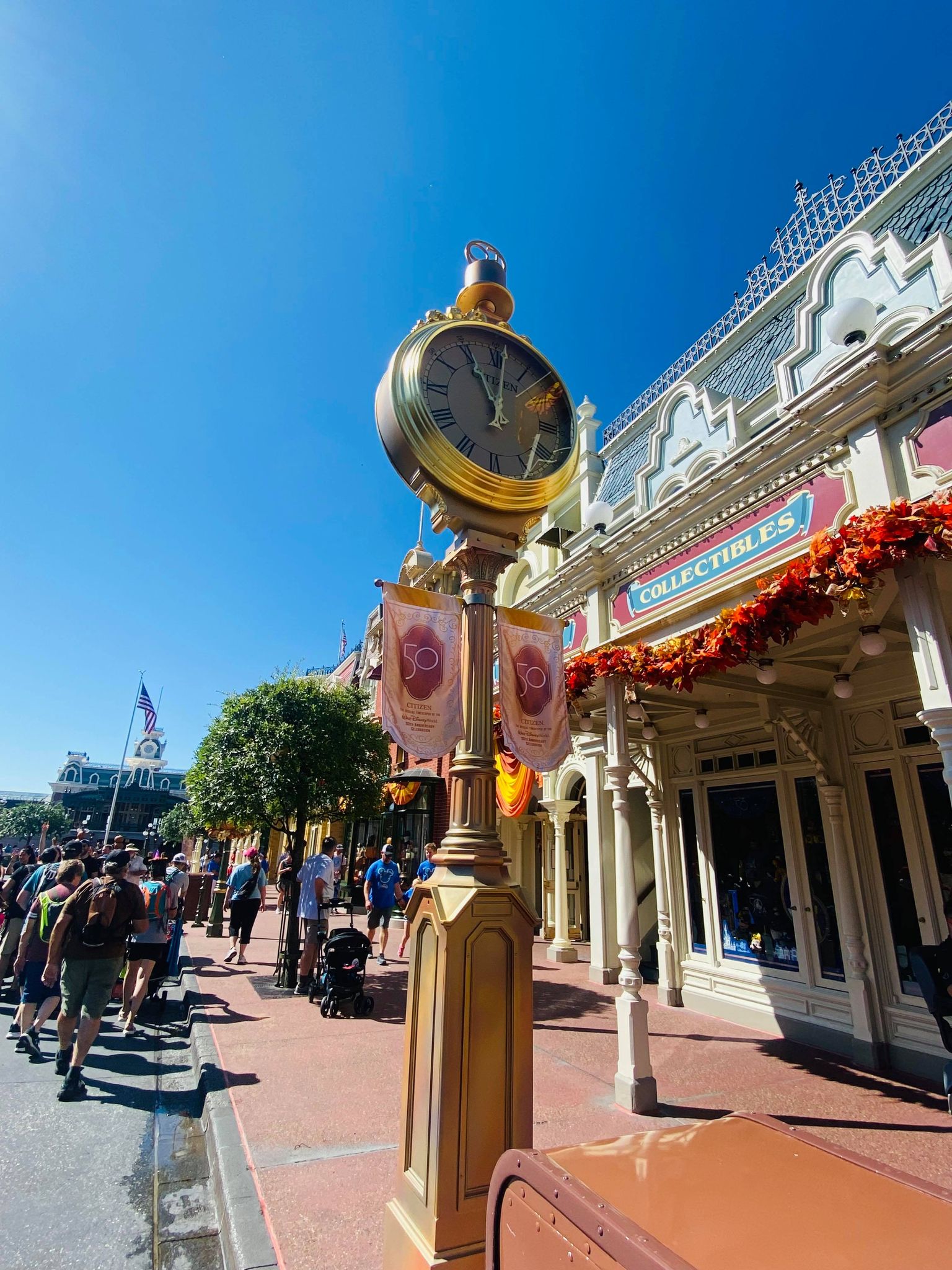 Now, in celebration of the upcoming 50th Anniversary of Walt Disney World, the Main Street clock has been given an extra sprinkling of pixie dust! 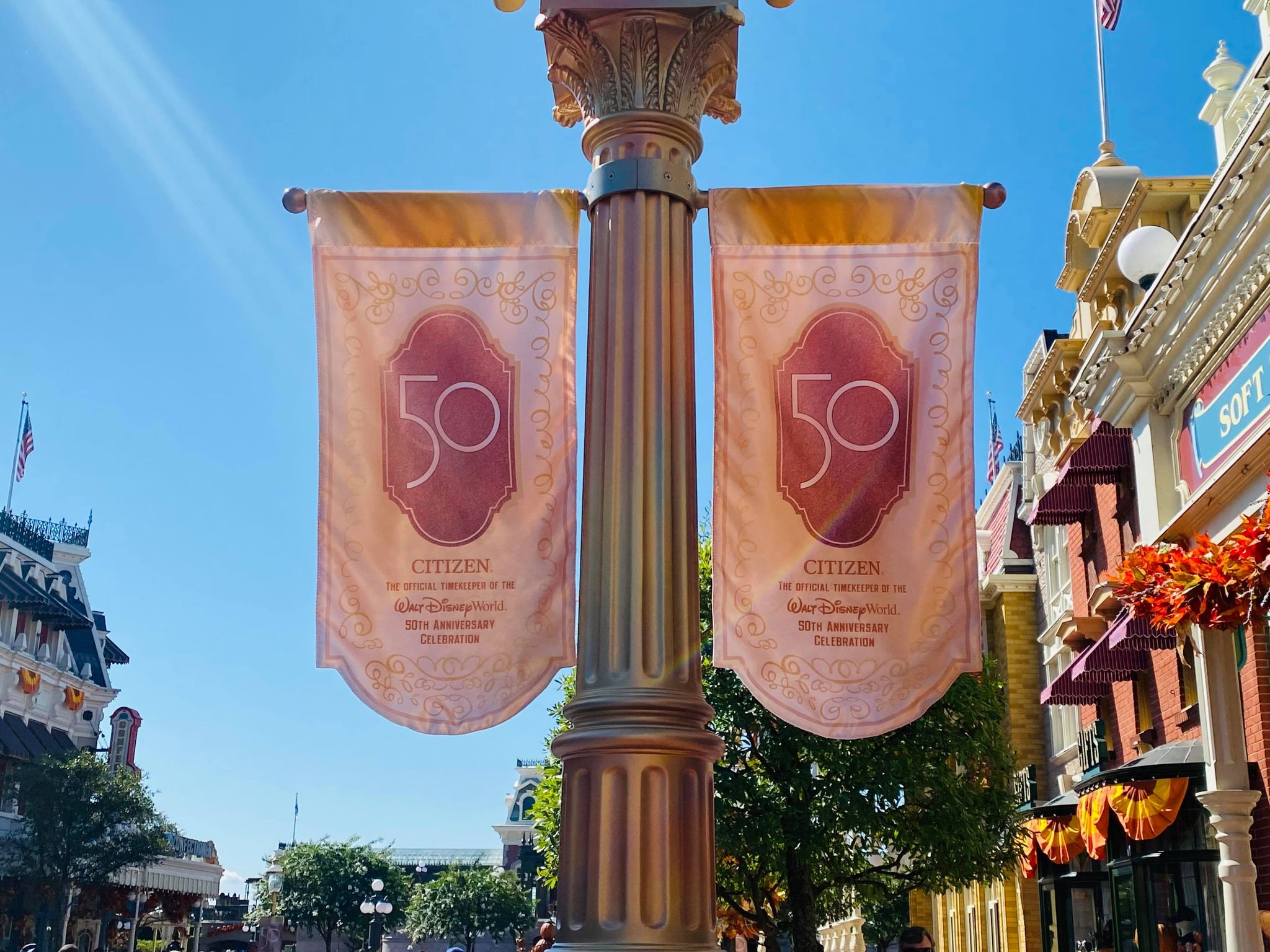 Hanging either side of the clock are two identical banners, and they are so regal they match the gold-dusted clock beautifully.

The clock’s post is topped with a fun number 50, visible right down Main Street. 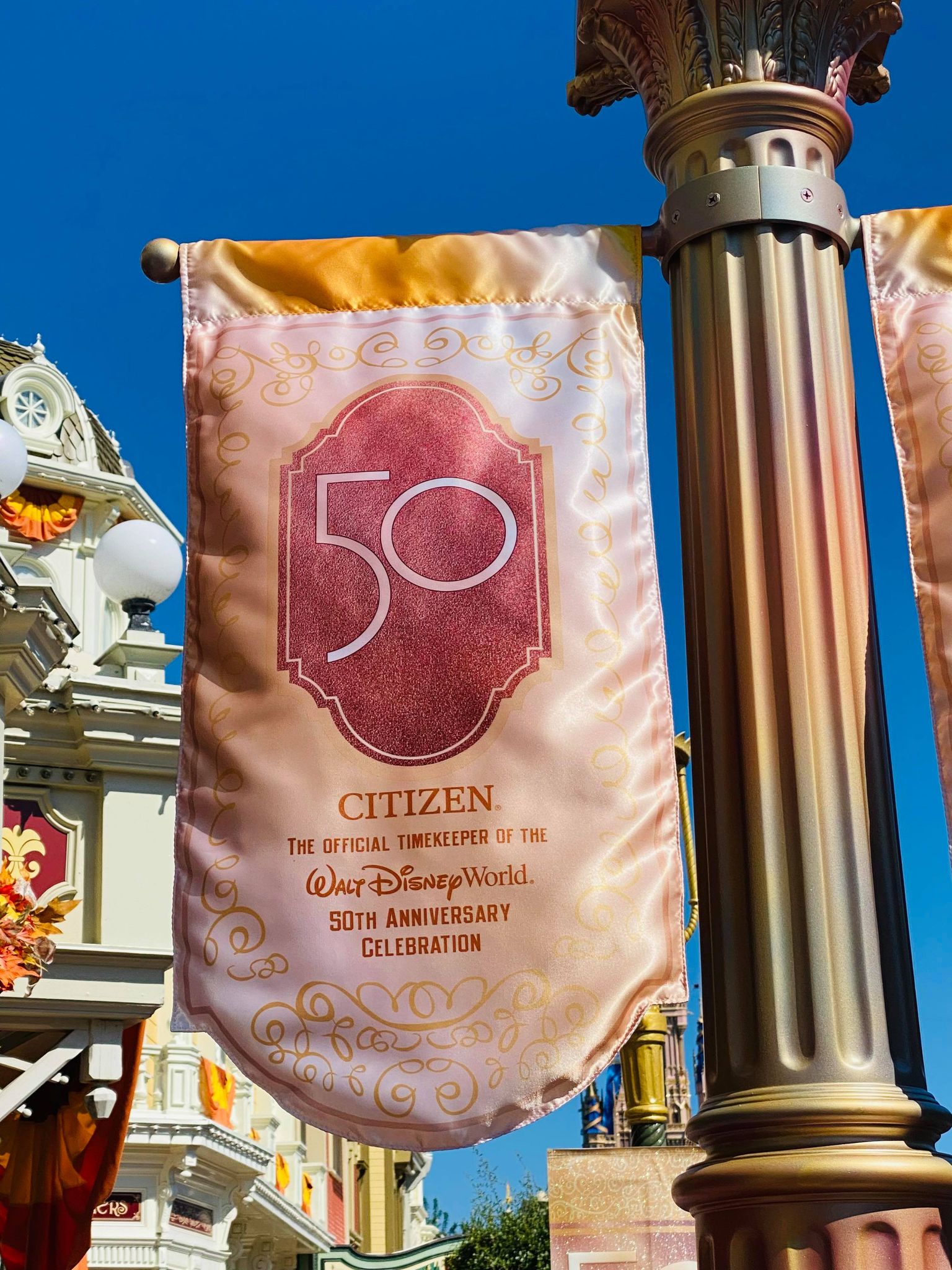 Printed on the banner is the official logo for the 50th Anniversary. Below it is the Citizen logo, and the slogan ‘The Official Timekeeper of the Walt Disney World 50th Anniversary Celebration’. 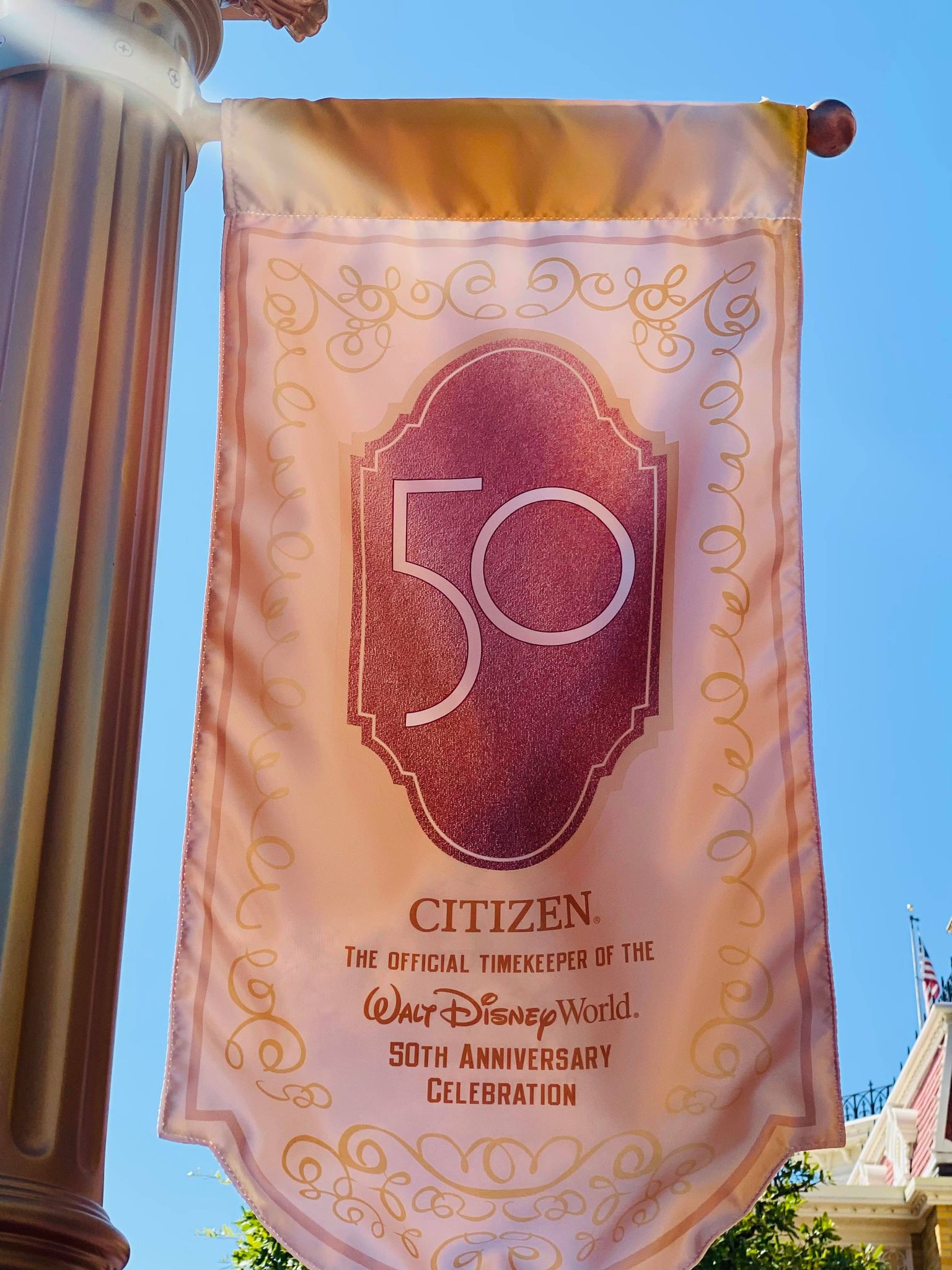 Each banner – colored in the now-iconic shade of EAR-idesence – sparkles rose gold in this morning’s Florida sunlight. 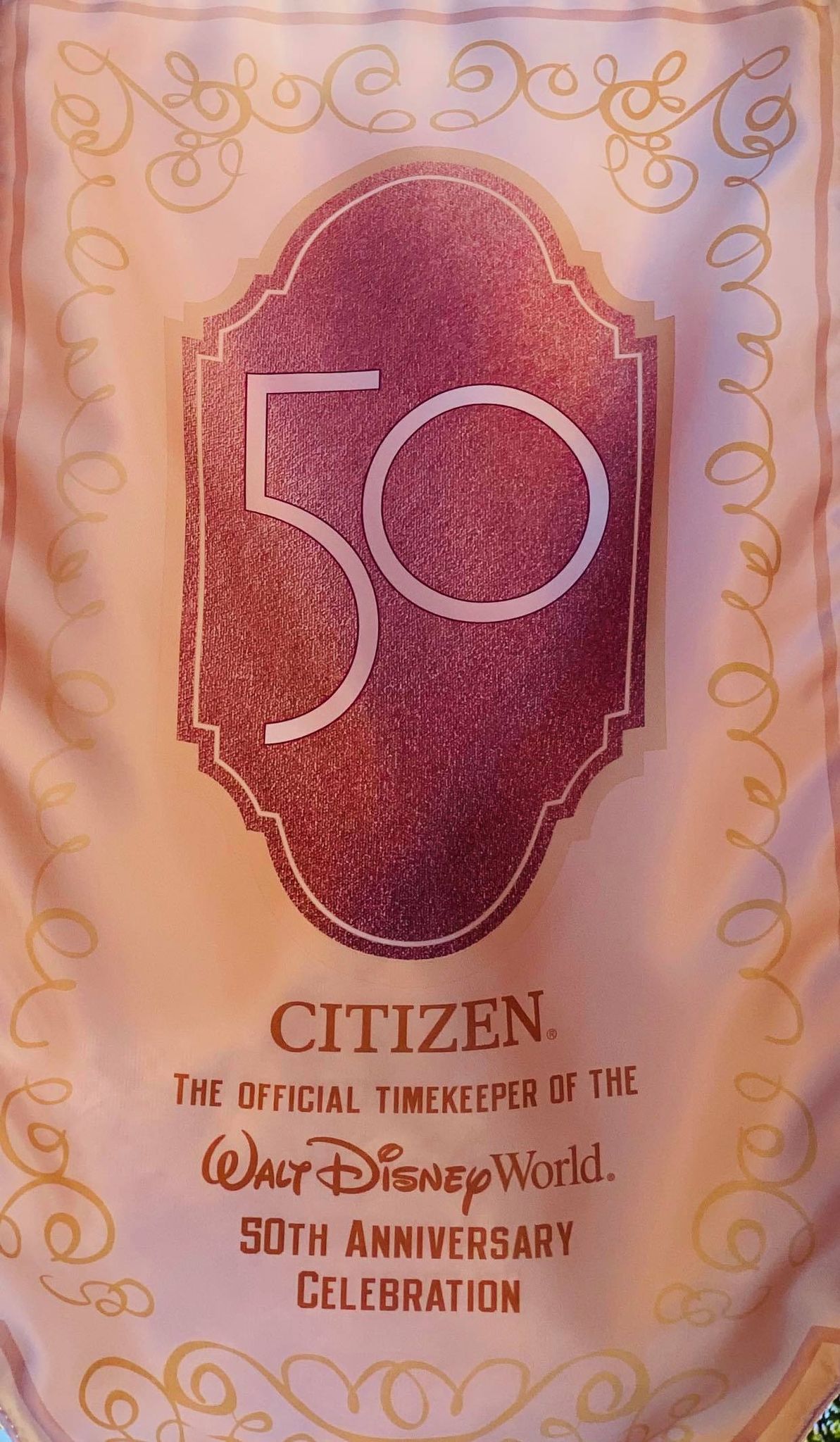 To finish, the banners are royally detailed with golden swirls. 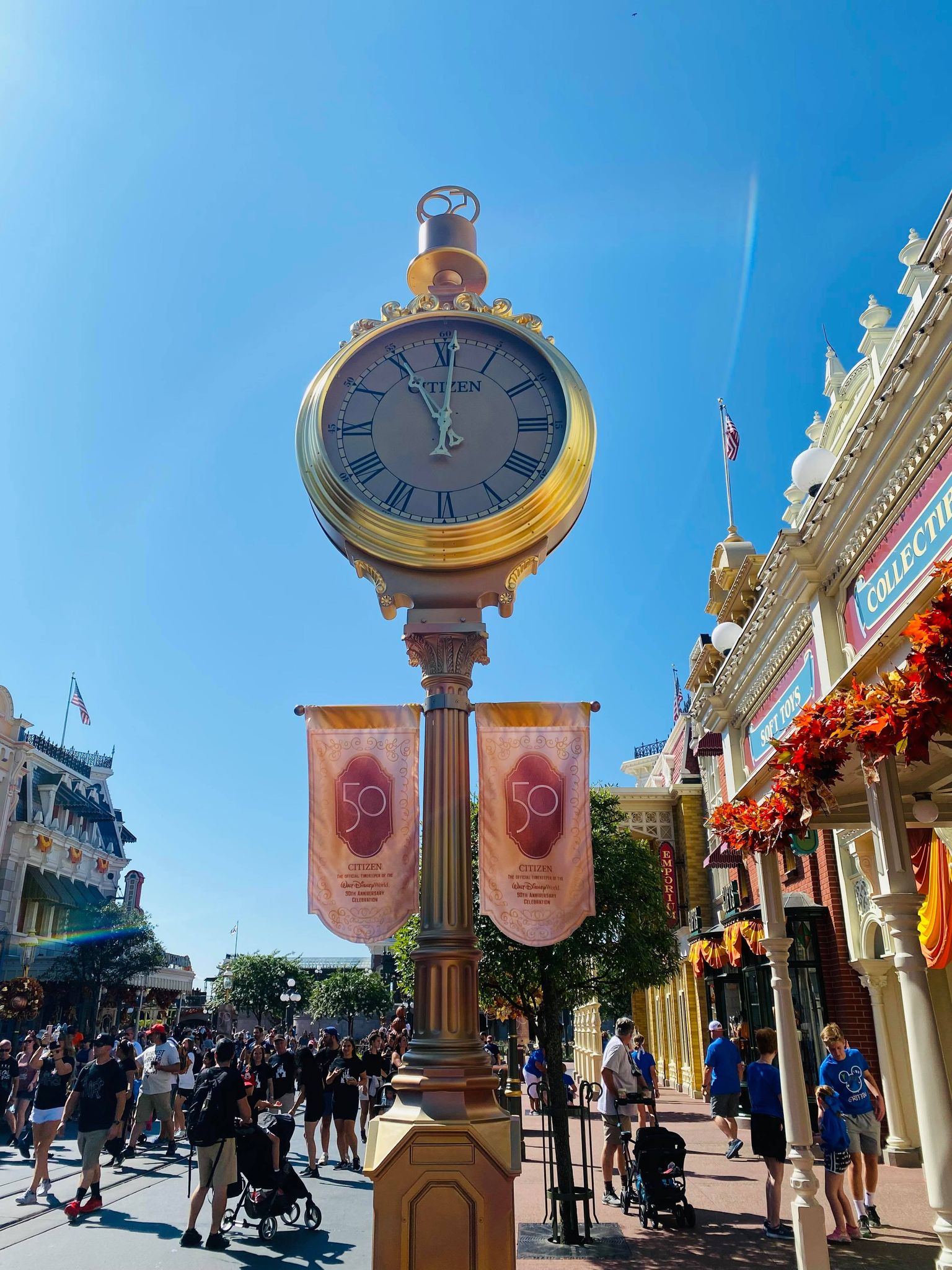 These new banners on the Citizen clock perfectly compliment the banners which have been adorning the rest of the Walt Disney World parks for the past few weeks, and will likely stay up throughout the entire anniversary celebration. 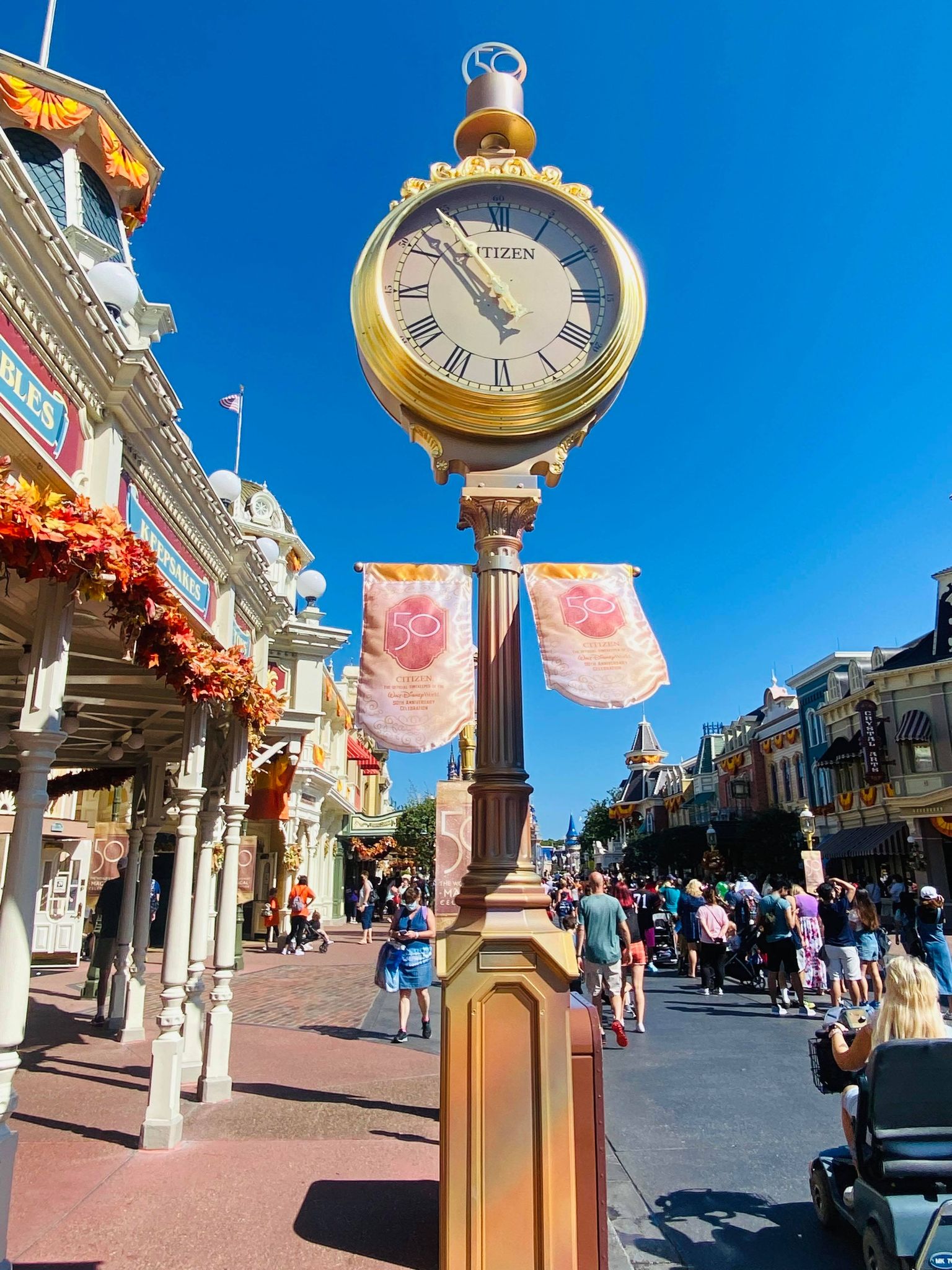 There are so many exciting, new experiences to watch out for in the Magic Kingdom, as we count down the final days until the start of the Most Magical Celebration. For instance, have you seen the new park scavenger hunt challenge, which debuted this week?