Why We Miss Pleasure Island

Only the good die young.

How else can we explain the cultural phenomenon that was Pleasure Island?

Started in 1989, this parental paradise at Walt Disney World allowed adults to enjoy a vacation for a change. 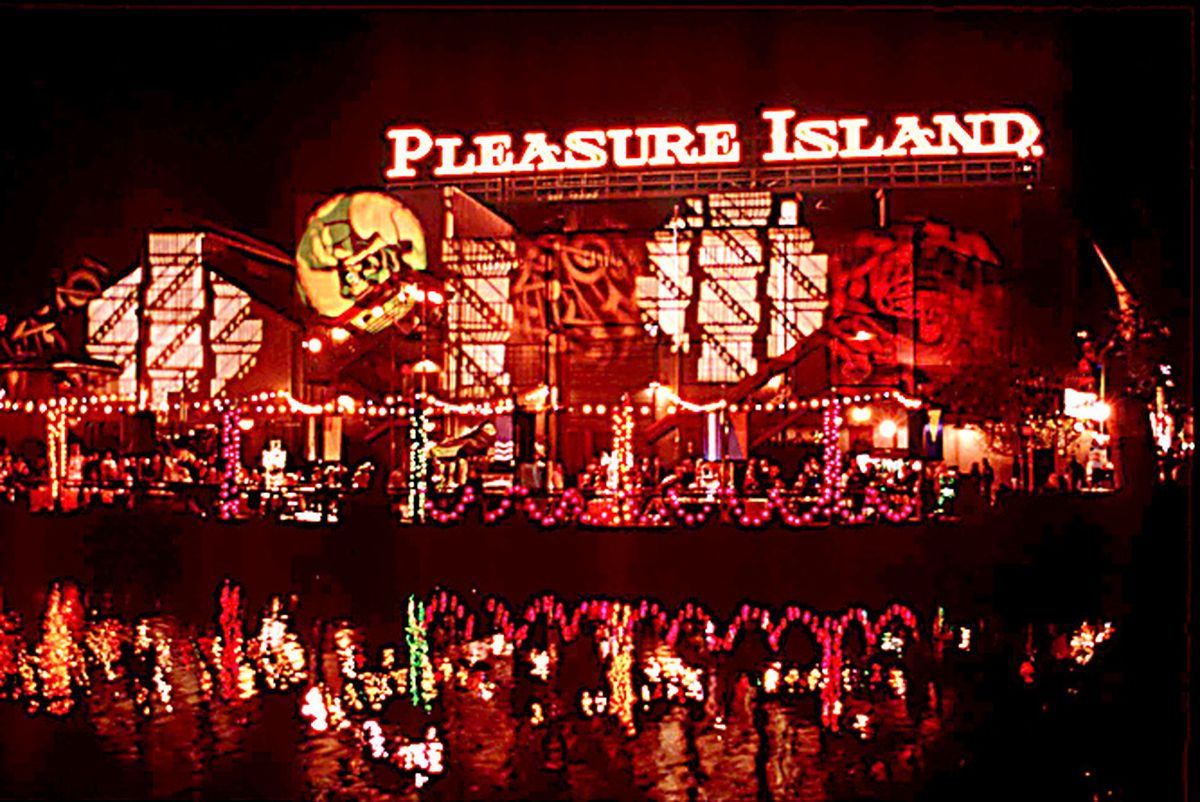 Alas, Disney shut down this lovely piece of escapism in 2008, only 19 years after it started.

Yesterday, we talked about what Pleasure Island was, diving into the pretty much insane concepts for its theming.

Today, we’ll fondly look back on the six clubs that comprised the core of Pleasure Island and also discuss why Disney closed it. 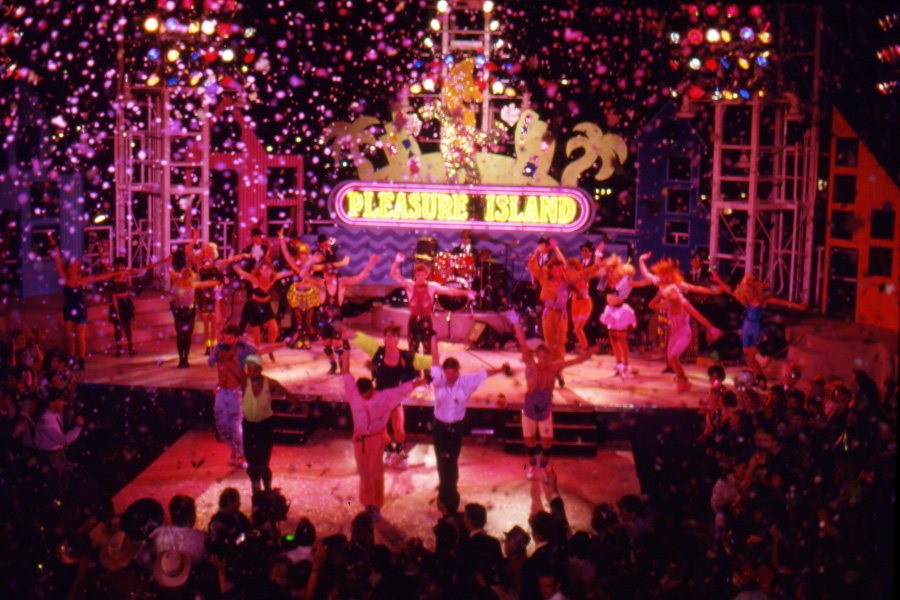 The Selling Points of Pleasure Island

The advertising for Pleasure Island always highlighted its six exclusive clubs. But, unfortunately, those were available only to people who paid an entrance fee.

You may wonder why guests would do that, as Disney Springs has trained you to expect free access. 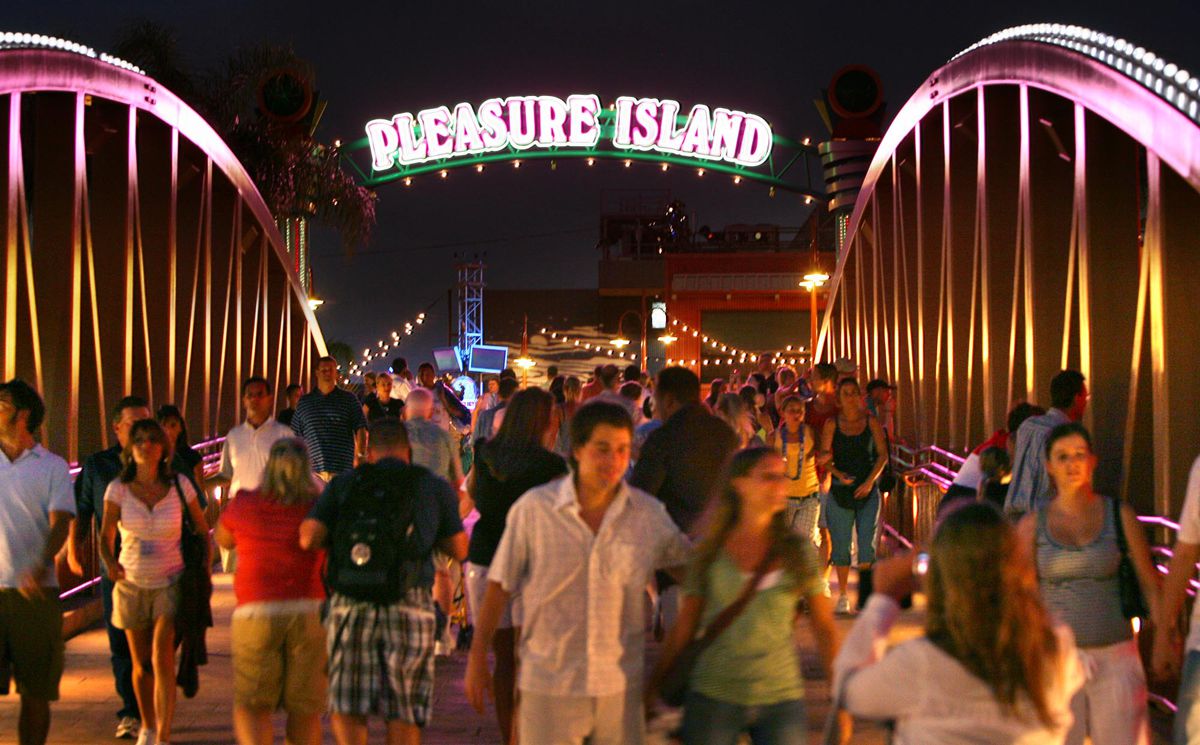 I mean, Color Me Badd had two #1 singles that decade. Standards were lower than now.

Also, Pleasure Island offered something hysterical and weird and oddly popular. Have you ever seen this Simpsons bit?

THAT WAS BASED ON A REAL THING AT PLEASURE ISLAND!!!

I swear that guests could celebrate the New Year’s Eve countdown every night of the year. There were even fireworks to reinforce the concept!

So, no matter when you visited Walt Disney World, you could go to Pleasure Island, get drunk, and pretend like it was the last day of the year.

While you were there, you could hang out at one amazing nightclub and five other clubs that…weren’t it.

We miss them anyway, though. So let’s take a look back at the Sensational Six of Pleasure Island. 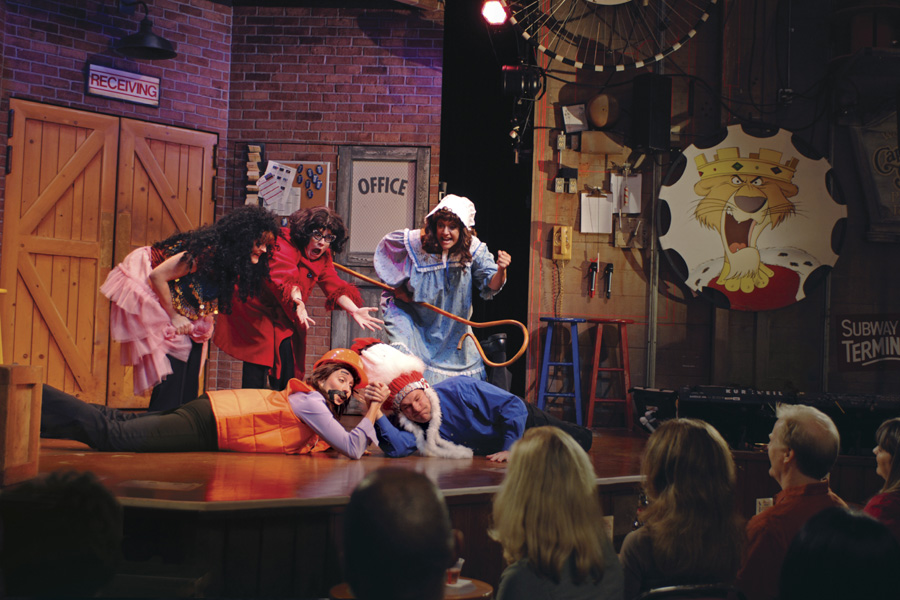 Are you familiar with the Pleasure Island Thespian Players? Of course, you’re not. Why would you be?

Well, Isabella Mayweather, wife of Merriweather Adam Mayweather, was apparently a patron of the arts. She founded PITP on the grounds of a former power plant.

Years later, the restoration team brought back laughter to Pleasure Island at the Comedy Warehouse. It came in the form of Forbidden Disney.

Yes, improv is the absolute worst. Never “yes and” me. I will slap you.

Anyway, the Comedy Warehouse proved immensely popular in some circles and rankled Disney executives in others.

Still, this place survived as an improv performance until Pleasure Island’s end in 2008, which is pretty impressive. 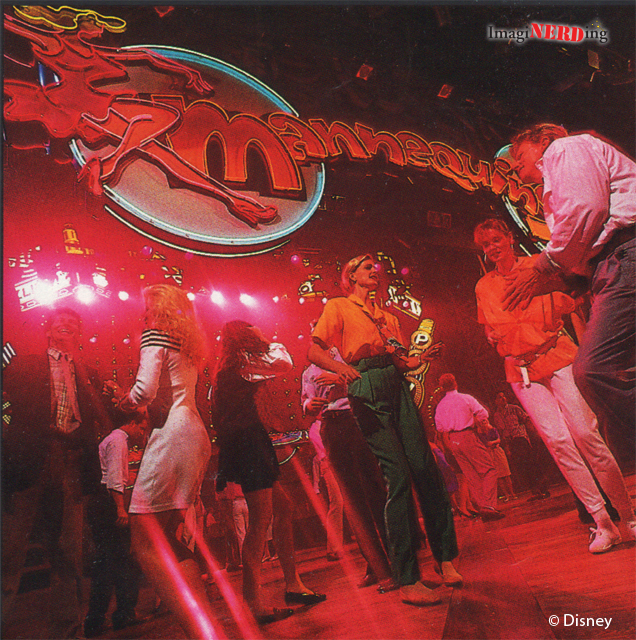 I don’t know who named the nightclubs at Pleasure Island, but they were taking something that was giving them waaaaay too much pleasure.

Mannequins Dance Palace was like a planetarium show with music by way of Moby’s take on Phantom of the Opera.

Seriously, this place was always a techno dance club, which is remarkable for a nightclub that opened in 1989.

Cast members would stand motionless at various spots around the building. Then, they’d suddenly spring to life by dancing.

I realize that the whole thing sounds creepy multiplied by insane, but Mannequins Dance Palace was standing room only more often than not.

Here’s a video of it that will NEVER help you understand why people loved it:

You really had to be there. 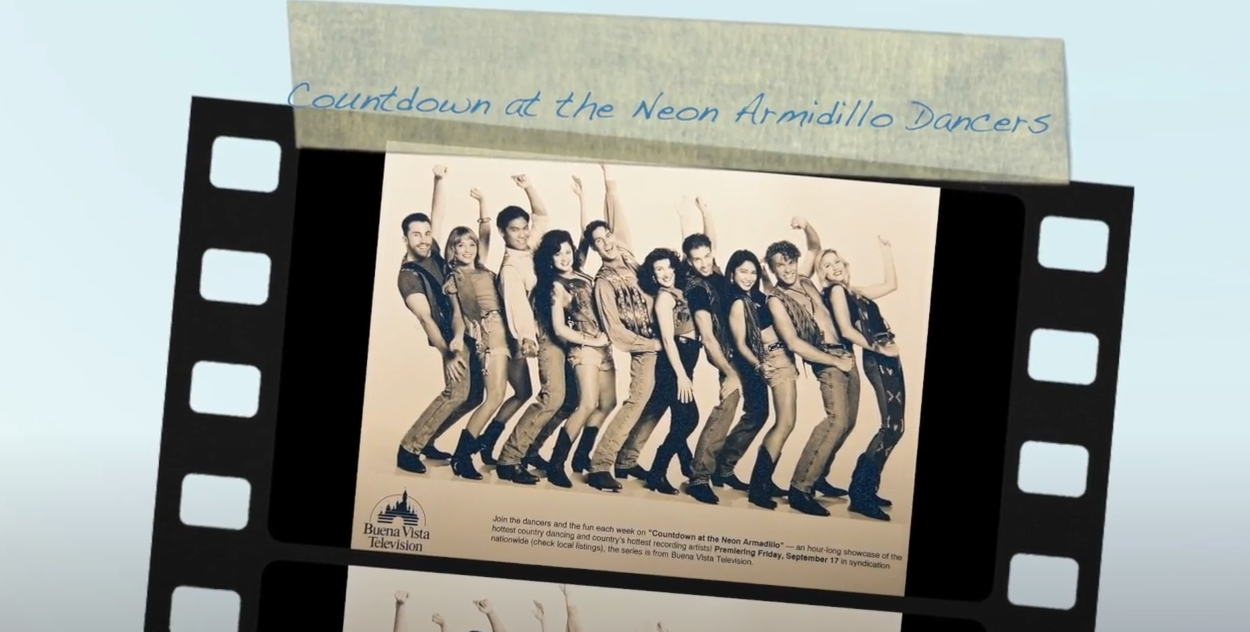 Disney couldn’t very well have a collection of nightclubs and skip the whole boot-scootin’ boogie crazy.

As such, this country and western nightclub existed with dancing performances like these:

If I wind up in The Bad Place, this is what it’ll look like. Pleasure Island fans agreed with me on this one, as the Neon Armadillo didn’t last long.

This place closed in 1998, replaced by the more popular BET Soundstage Club.

Both versions had one thing in common. They hosted live music acts, often talented acts that were on the cusp of breaking out.

To wit, here’s Montell Jordan playing a gig there:

I should note that some kids have fascinating stories about the Neon Armadillo, as people under 18 could enter when accompanied by a parent. 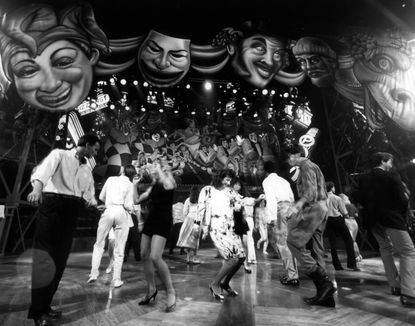 You know this place much better as 8Trax, the 1970s nightclub that embraced Yacht Rock way before that was technically a thing.

Before then, the club started as Videopolis East, a tip of the cap to the Fantasyland music venue at Disneyland.

Guests eschewed Videopolis East because it didn’t serve alcohol. Disney created it as a teen club for 21 and younger.

That concept failed almost immediately. So, Disney replaced it with Cage, an underground club with more than 150 monitors.

People didn’t like that any better. Thus, Pleasure Island almost accidentally invented Yacht Rock. Now you know who to blame…says the man who owns a Yacht Rock board game. 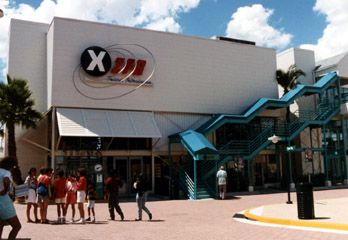 Imagine if the movie Xanadu were a real place, a two-story roller disco that played music while people skated.

Yeah, that was a real thing at Walt Disney World for a while…but only a brief while.

In the fictional story, this place had once hosted Merriweather’s X-Thing. Then, it turned into a roller disco.

The least popular of the original nightclubs, it closed quickly. Disney replaced it with Rock ‘n’ Roll Beach Club, which was cover band central.

Seriously, here’s an hour of an old show:

Anyway, the original version of the nightclub proved too ambitious. The follow-up was, if anything, lacking in ambition. Still, it was a fun hangout spot.

Disney actually closed Rock ‘n’ Roll Beach Club seven months before the rest of Pleasure Island, which tells a story in and of itself. 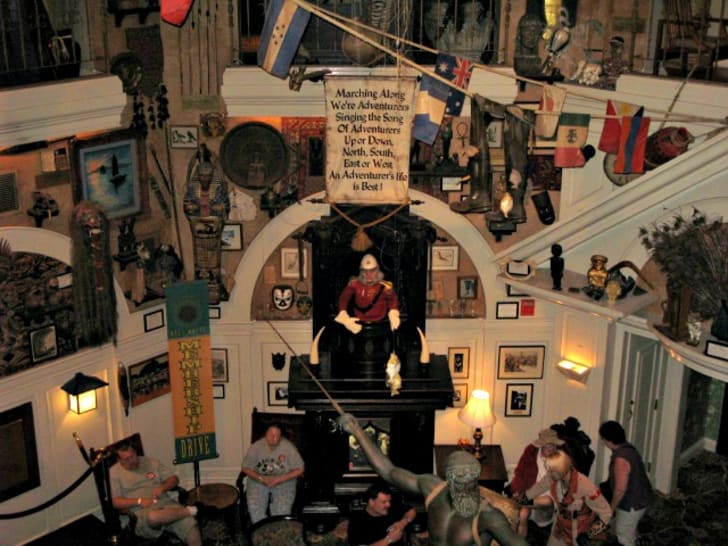 I can – and will – write an entire article (or more) about the Adventurers Club, as it’s what people remember the best about Pleasure Island.

A masterpiece of theming, this place almost accidentally invented the Society of Adventurers and Explorers.

As the story goes, Merriweather Adam Pleasure built a library for his massive collection in this space. Some of these tomes became the subject of mystery.

After all, Pleasure and his wife were lost at sea. Meanwhile, a hurricane wiped out all his research and antiquities. 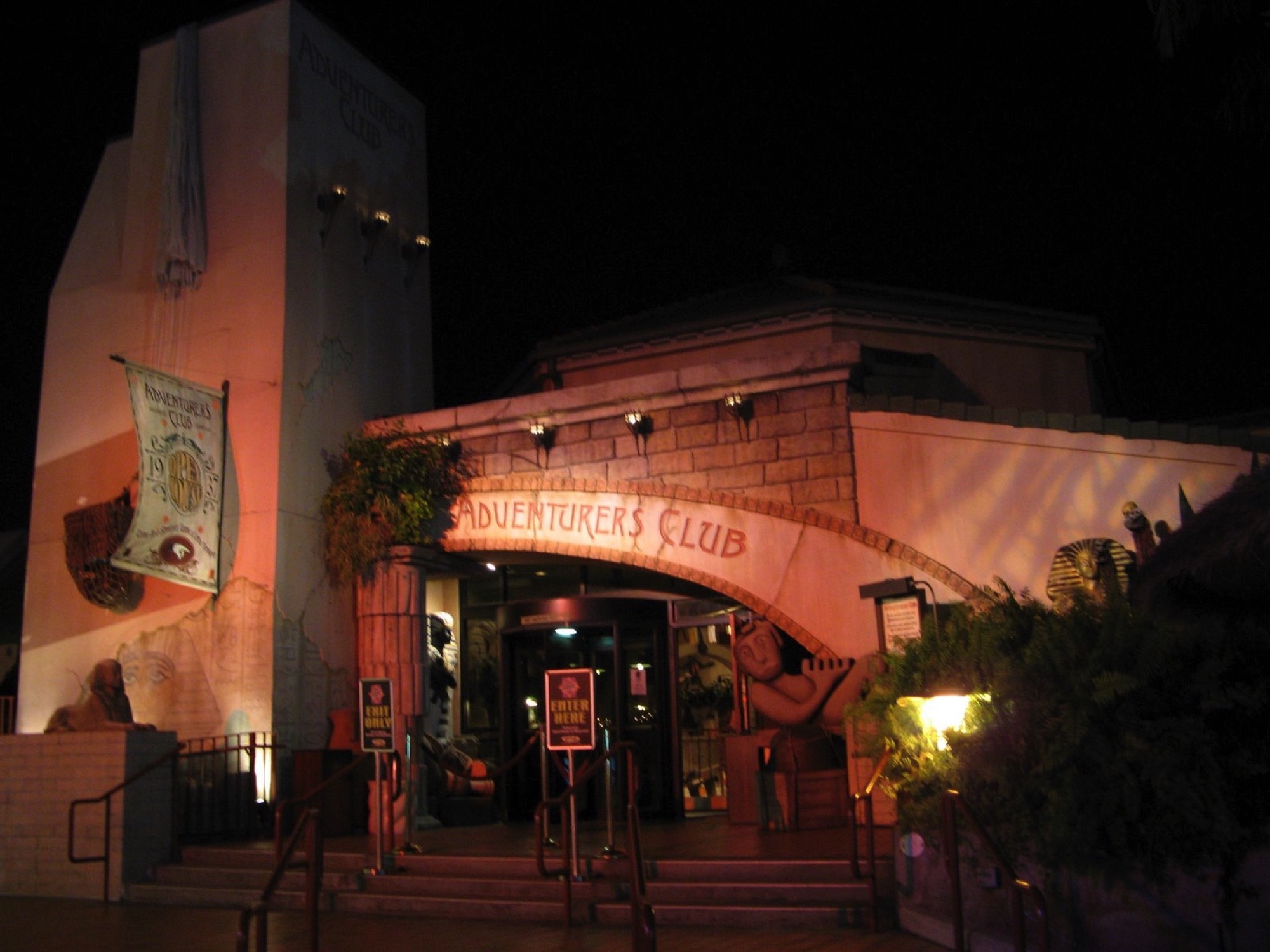 Then, archeologists discovered something shocking. All his trophies were intact at a private club where he’d hosted fellow adventurers.

That club somehow survived as it had remained sealed airtight, preventing water damage.

In 1989, Pleasure Island opened with a nightclub where people could stare at the knickknacks of Mr. Pleasure! And people REALLY loved to do this.

Every evening, three lucky guests earned the most prestigious of honors! They got to join the Adventurers Club!

These fortunate few would learn the secret club salute and shout its unforgettable catchphrase, Kungaloosh!

Yes, you’ve seen some Kungaloosh items on Disney restaurant and bar menus over the years.

The Adventurers Club embodies the pinnacle of Imagineering creativity. We’ll explore it in depth at a later date.

For now, you should watch this video about its history:

When you cram 20 years of history into a few hundred words, you blow through the nuance.

I’ve stated that several of Pleasure Island’s core nightclubs were quite popular. 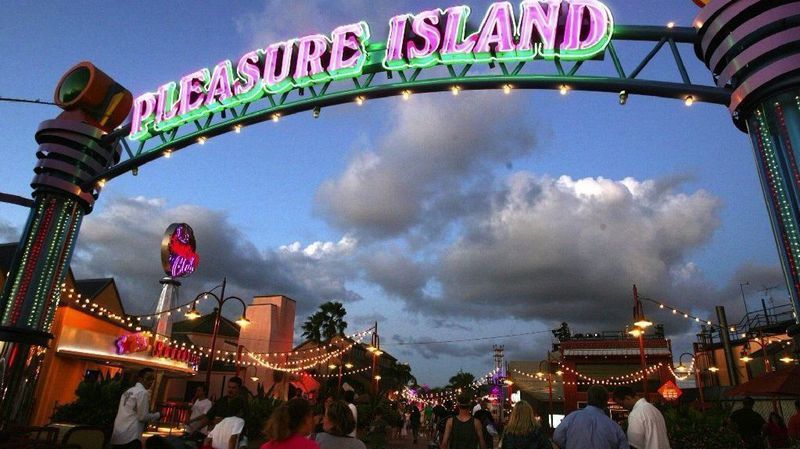 Part of the problem stemmed from the overall tourism decline after 9/11. However, the early warning signs had already occurred.

What had helped Disney during the early days, its appeal to families, later evolved into a negative. Pleasure Island was TOO Disney for casual travelers. 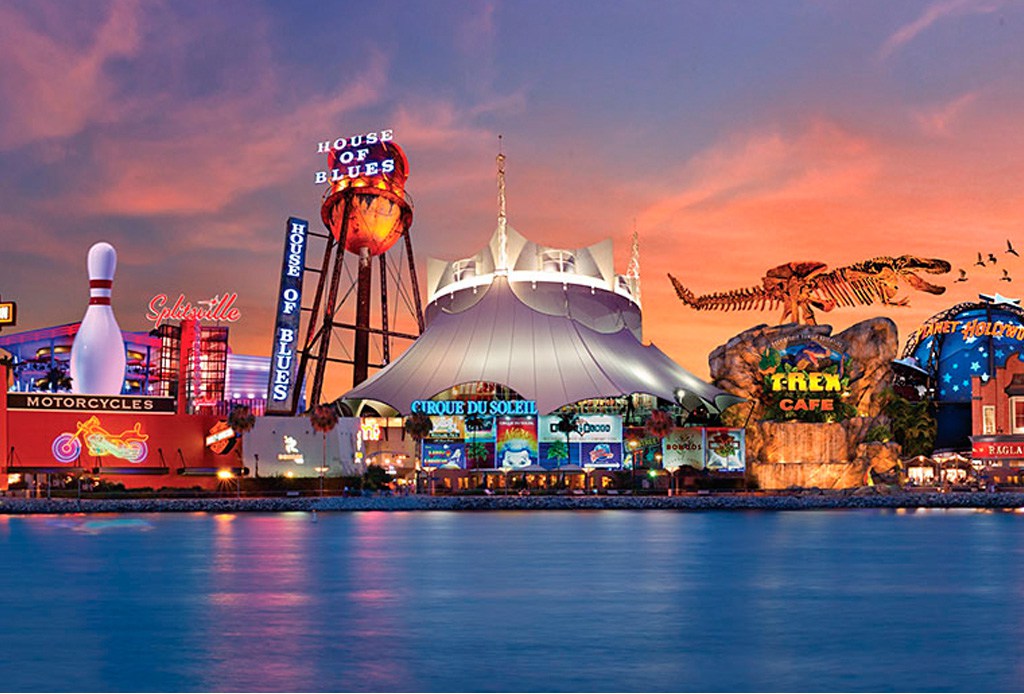 Another problem had existed for a while. The introduction of the West Side led to nightmarish difficulties in navigating the Downtown Disney area.

Even in the days of Netscape (google it, kids!), websites already devoted pages to beating the admission price fee at Pleasure Island.

By 2004, Disney gave up and turned the entire area into a free admission section of Walt Disney World.

Alas, that led to secondary problems. Teenagers swarmed the place, which they had already done anyway. The situation escalated after 2004, though. 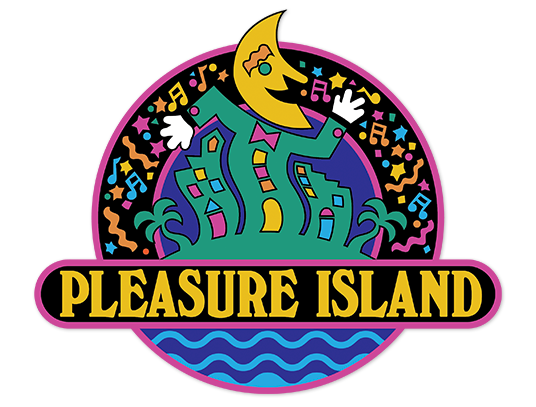 Still, when Disney announced that it would close Pleasure Island, an immediate outcry occurred.

There’s a YouTube video of a Disney PR person suffering flop sweat as he nervously tries to spin his way through the interview.

In truth, what killed Pleasure Island wasn’t a lack of demand. If Adventurers Club opened tomorrow, it would sell out for a year. 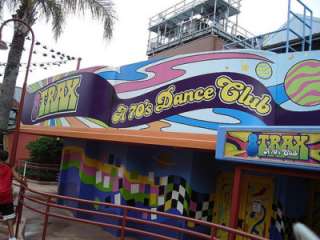 Instead, the end came when Disney executives recognized that they would earn MUCH more money per capita by switching to stores and restaurants instead.