Pixar Fest is Back! Here’s What’s New and 6 Ways You Can Join the Fun

Pixar Fest was introduced 1 year ago! It has brought fans together from around the world to celebrate the animation studio with some of the most iconic moments in filmmaking history. This year, Pixar Fest is back with a month-long celebration! September 1st kicked off all of the happenings with weekly activities, digital activations, a Disney+ virtual film festival, product launches, and more!

New this year, Disney has announced that they have teamed up with Starlight Children’s Foundation to design Pixar-themed Starlight Hospital Wear inspired by iconic Pixar movies: “Toy Story,” “The Incredibles,” and “Up.” Each hospital gown will include an interactive QR code that patients can scan on their phones for special Pixar content. Starlight and Disney will also bring Pixar-themed toy deliveries to pediatric patients all month long, and children’s hospitals and pediatric facilities nationwide will host special Pixar Fest events for their patients filled with activities, movie screenings, and more. Check out some of the designs below, and for more information on this heartfelt collaboration visit starlight.org/disney. 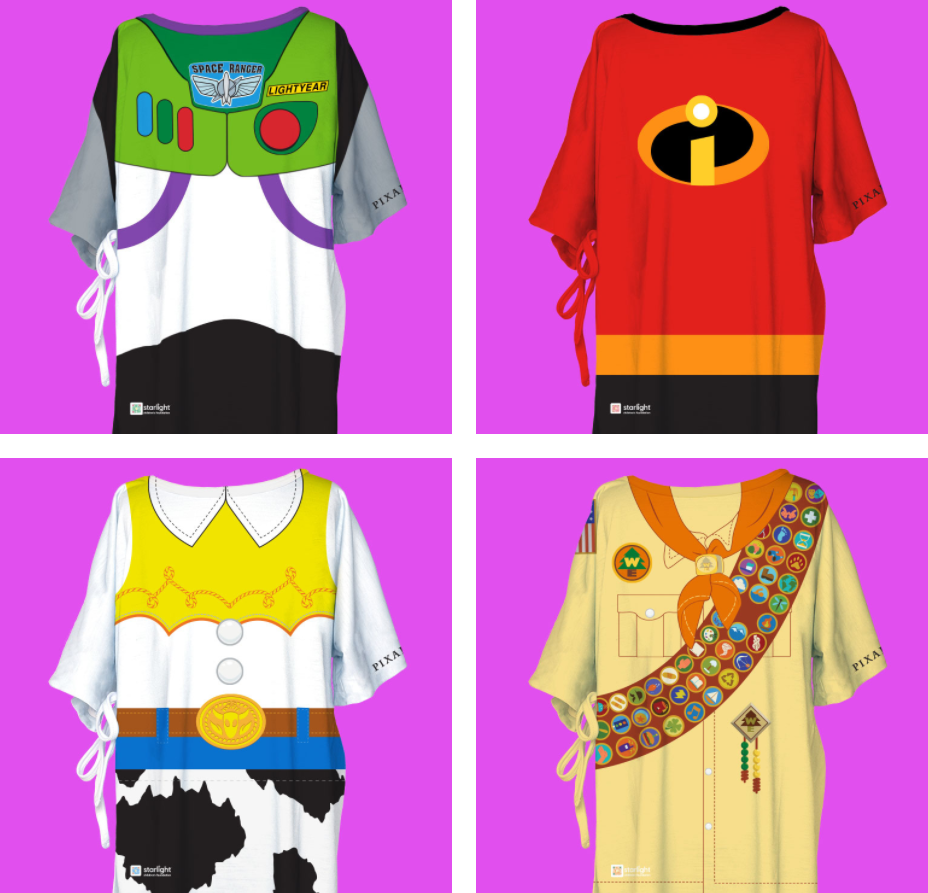 Keep reading for fun ways you can join the Pixar Fest celebration!

1. Grab your popcorn and get ready for a month-long adventure right from the comfort of your living room. Fans are encouraged to tune into Disney+ and enjoy their favorite Pixar movies each week. Check out the full film festival schedule below, and let us know which film you’re most excited to watch in the comments below! 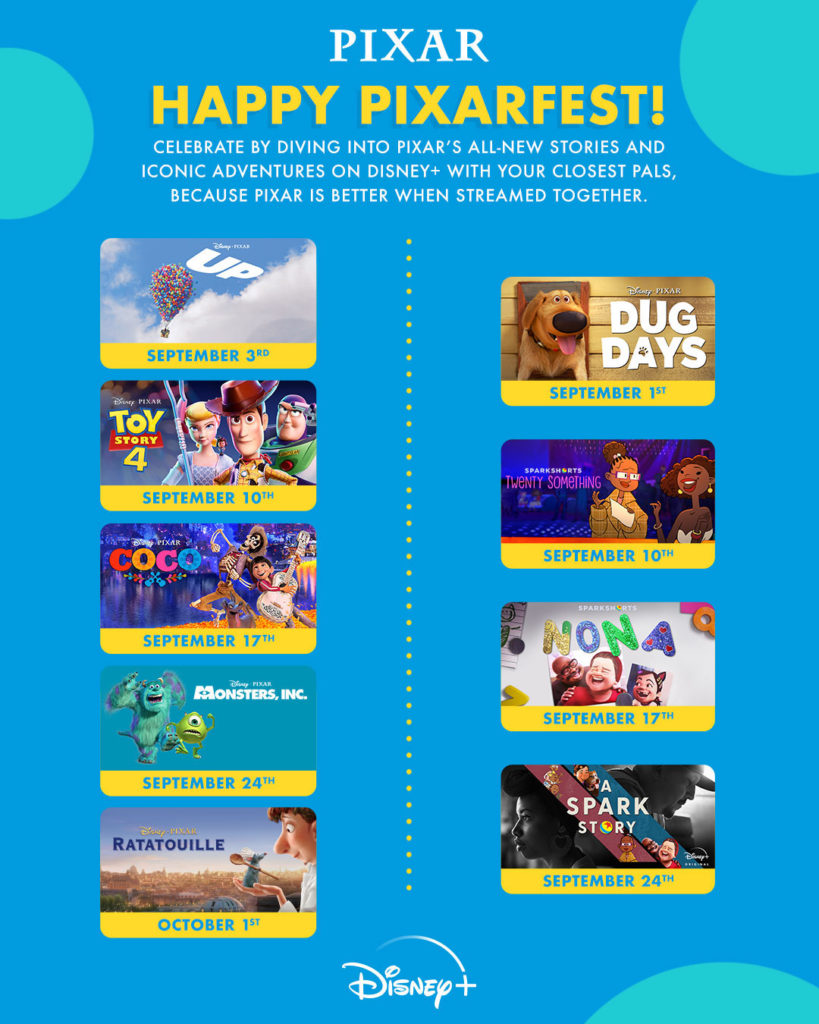 @thewilliamsfam_#ad Celebrate #PixarFest all Sept with a movie each Friday and shirts from @rsvlts @boxlunchgifts ! 😄 This week: UP! Let’s see your Pixar Pose #pixar

Fans can participate by dueting with:

@danceonIt’s #PIXARFEST 🥳 Play along on Pixar Pose with us & @thewilliamsfam_ by duetting this video and showing us your best poses! #ad #pixar

3. For an outside option, Pixar Putt, the ultimate open-air mini-golf popup experience inspired by Pixar, is in full swing, offering New York City-based guests the opportunity to play 18 interactive holes inspired by “Toy Story,” “The Incredibles,” “Monsters, Inc.,” “Finding Nemo,” “Coco,” “A Bug’s Life,” “WALL•E,” “Inside Out,” “Cars” and “Luca.” The best news? If New York is just too far away from you, Pixar Putt will make its rounds nationwide throughout the coming months, so stay tuned for updates!

4. Fans can enter for a chance to win a #PixarFest prize bundle by ‘liking’ the sweepstakes post on @DisneyMovieInsiders Instagram page, comment with #PixarFestSweepstakes, and follow us @disneyparksblog by 10/2/21. NO PURCHASE NECESSARY. Enter Sweepstakes between 8/29/21 at 9:00 a.m. PT and 10/2/21 at 11:59 p.m. PT; conducted as 5 separate sweepstakes. Open to legal residents of the 50 U.S. & D.C., who are 18+ at time of entry. Limit 1 entry per person per period. See Official Rules  https://pixarfestsweepstakes.com/  for full details on how to enter, eligibility requirements, entry periods, odds of winning, prize descriptions and limitations. Void where prohibited.

6. Shop all-new products inspired by your favorite Pixar characters from Woody to Dug, and everyone in between! Check out some standout items below: 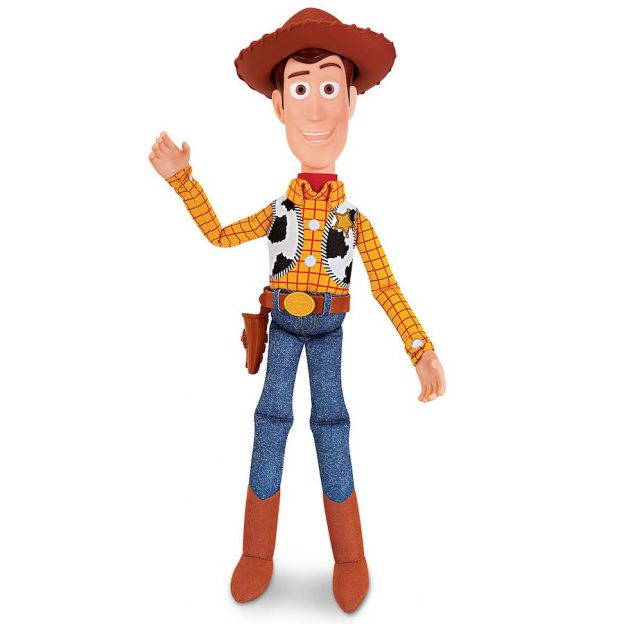 Do you ever wonder what toys do when people aren’t around? “Toy Story” answers that question with fantastic fun-filled journeys focusing on Sheriff Woody, an old-fashioned cowboy doll! Woody is a lanky, likable cowboy sheriff who proclaims his signature catchphrases from the 1950s TV show “Woody’s Roundup” when his talk button is activated. The figure is available now at Target. 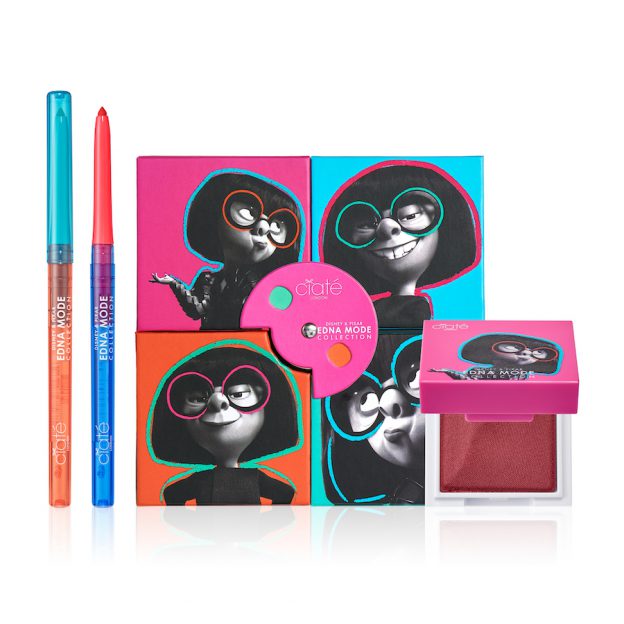 She’s an icon, an artist, a visionary, and a friend to the fashion elite. Famed around the globe for her distinctive sense of style and design, Edna Mode from “The Incredibles” has become synonymous for her work with the world’s most powerful Supers. Now, for the first time, Edna’s signature flair for fashion has been channeled into a capsule collection of fearless, daring, and bold beauty with Ciaté London’s Pixar Edna Mode Collection. With powerful pigments and dynamic formulations and formats, the covetable collection showcases that true power and strength lie within. A homage to the bold, bright and brilliant days of pop art, the four-piece line-up includes a multi-tasking face palette, a soft-matte lip shadow, and a duo of ultra-creamy gel liners. The collection is available now at us.ciatelondon.com. 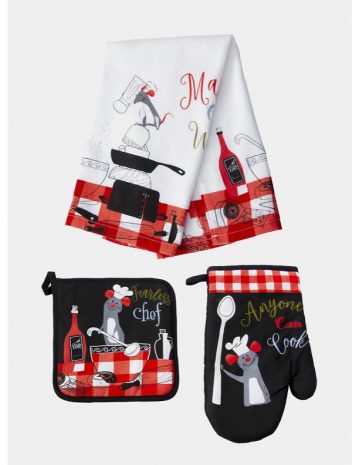 Feel like a real French chef, with a rodential twist, using this kitchen set inspired by “Ratatouille”! Remy appears on the oven mitt and pot holder along with culinary imagery, such as wine bottles, soup bowls, pans, spoons, and more! Also includes a kitchen towel. The set is available at BoxLunch.com. 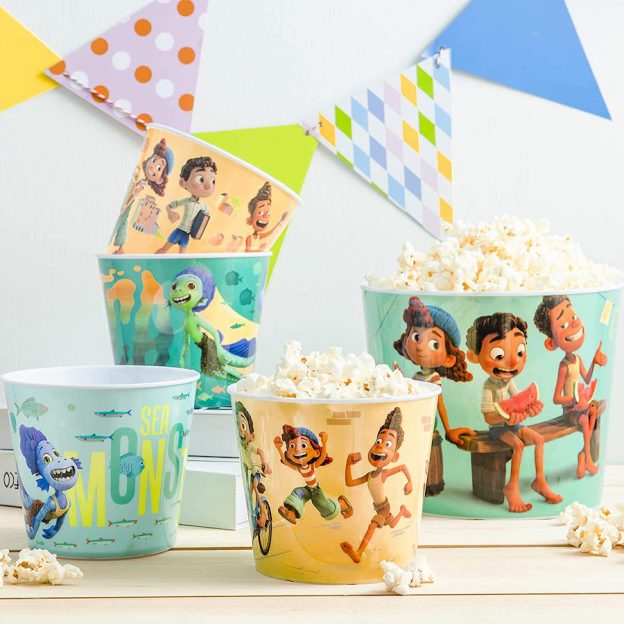 Make movie night a little more fun with a “Luca”-themed popcorn bucket set! The popcorn buckets are made from a sturdy plastic, which is lightweight and easy to carry as well as BPA free and completely reusable, so you can wash and store instead of throwing it away. The set includes 1 large bucket and 4 individual buckets, so everyone in the family can get their share of snacks while joining the Pixar Fest film festival without passing a single bowl around the couch. The Popcorn Buckets are available now on Amazon.