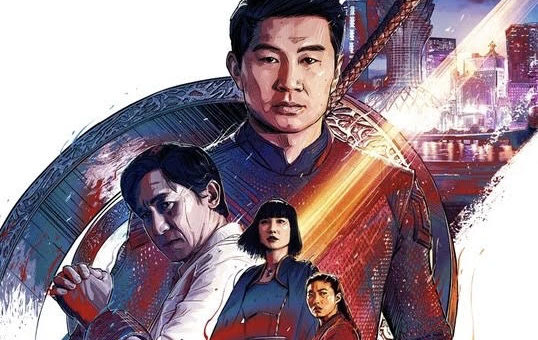 After over a year of delays and uncertainties, MArvels newest hero has finally made his long-awaited debut; and it appears that Shang-Chi’s early reactions promise a ‘PHENOMENAL’ film!

Last night saw the world premiere of Marvel’s anxiously awaited next epic adventure, Shang-Chi and the Legend of the Ten Rings.

During a night filled with celebration for this newest hero, those invited are providing their initial reactions of the film, and it is safe to say that Marvel may have another massive hit on their hands.

Shang-Chi works in all the ways one can come to expect from a Marvel film; it is action-packed, hilarious, with an emotional center that binds the entirety of the work and brings the complex, fascinating, and powerful Shang-Chi to the forefront of the Marvel world.

#ShangChi is awesome. This movie hits all that Marvel does well (pacing, humor, character) and adds action like we’ve never seen from the MCU before! 👏🏻👏🏻

Lots of people are about to have a new favorite Marvel hero.

Brandon Davis, the host, and producer of @phasezerocb spoke about the incredible film that Shang-Chi ended up being; and the overall potential of a character cast as well as he was.

Davis dispelled a lot of rumors of the film, noting the surprising darkness of the film, and its vitality to Marvel’s continued development of Phase 4.

Shang-Chi And The Legend Of The Ten Rings is PHENOMENAL. Get hyped. Even fight scene/action sequence is better than the last. @SimuLiu fully embraces the marvel superhero role. Amazing imagery. Killer soundtrack. You’ll want to see this on the big screen. #shangchi

Content creator Wendy Lee Szany didn’t hold back her undying love and support of this film and spoke about the incredible visual and sonic elements that combine to create a Marvel film that is quite unlike any other.

Like David, Szany notes the fantastic job done by the star of the film, Simu Liu, who brought undeniable charm partnered with his unwavering physicality to bring to life a character who, in every sense of the word, is a true superhero.

#ShangChi is an absolute triumph, unexpectedly spiritual and emotionally complex, with some of the very best action in the MCU. @SimuLiu is your new favorite Avenger and the movie’s myriad influences (everything from Jackie Chan to Hayao Miyazaki) pay off big time). Astounding.🐉 pic.twitter.com/72Yubnb4KV

The author of The Art of Onward, and consistent collaborator with platforms like Collider, Vanity Fair, and Syfy, Drew Taylor spoke in depth about the incredible production value given to the film, and its clear influences paying dividends.

Taylor spoke of the complexities within the story, and the charismatic performance by Simu Liu, that propel Shang-Chi to new heights as a Marvel property.

Shang-Chi and the Legend of the Ten Rings earns the title of the best superhero film of 2021 so far. The action scenes are simply spectacular, especially the train & skyscraper scene. Best martial arts I’ve seen in a long time. Simu Liu & Awkwafina are terrific. #ShangChi pic.twitter.com/M0EEMJqKu3

The founder of weliveentertainment.com, Scott Menzel added to the Shang-Chi early reactions, making no qualms about how the film stacks up against the competitors in the genre; noting the film to be his favorite superhero movie of the year.

Menzel takes an opportunity to note the film as a fantastic martial arts movie; something the filmmakers were clearly hoping to gleam inspiration from as they crafted the story of the martial artist that is Shang-Chi.

Expected a simple father/son conflict narrative and it's so much bigger than that. #ShangChi is a beautiful story about family, loss, and how our grief can blind and destroy us.

Kirsten Acuna of Insider noted the fantastic performance by Simu Liu and the incredible trajectory that the film is on considering how well done it is.

Acuna also was sure to note the depth of the story; adding that the promotional material for the film doesn’t seem to present the sort of levity that the audiences have experienced thus far.

Been a big fan of Destin Daniel Cretton for a while now but WOW – this blows the doors wide open to endless possibilities for him. Lots of cast shout outs I want to give but I’ll limit it to Simu Liu and Awkwafina for now. What a hugely charming duo I absolutely must see more of.

Collider’s Perri Nemiroff discussed the many different factors that make the action sequences of the film stand out compared to past Marvel properties.

Nemiroff also gave plenty of credit and acknowledgment to the films Director, Destin Daniel Cretton, who is responsible for the signature vision and incredibly narrative effectiveness of the movie.

OK, Shang-Chi is part Shakespearen family tragedy, part mythological epic, part martial arts masterpiece. It is fucking awesome. Never expected it to be THIS good. Stay for both credit scenes. Can't believe how much I loved this movie.

Youtuber and content creator John Campea spoke on the various elements that meld together to create the fantastic cinematic experience that was Shang-Chi and the Legend of the Ten Rings.

Campea even notes that his expectations were blown away by the film; teasing fans of the multiple after-credits scenes that are vital to the continuation of Marvels current phase.

Well that was really something.

Finally, the star of the film himself, Simu Liu, ended the night with the perfect summary Shang-Chi as a film, and the experience he’s been engulfed in for much of the last two years.

Tags: MarvelMCUShang-Chi and the Legend of the Ten Rings